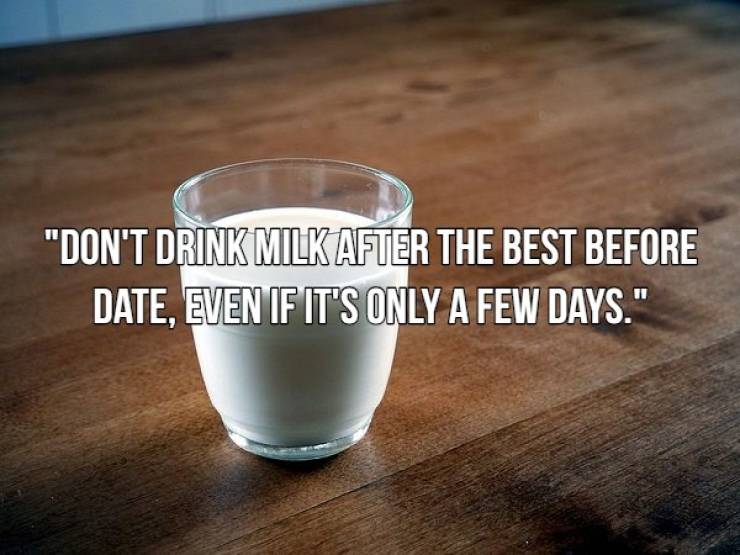 Peter Cassel, spokesperson for the FDA, says that “Drinking milk a day or two after the milk’s expiration date (otherwise known as the sell-by date) may not be a safety issue but may be more of a taste issue.”

While drinking milk a few days past the expiration date isn’t exactly a bad thing, it does up your chances of developing a food-borne illness if you are someone with a weakened immune system. 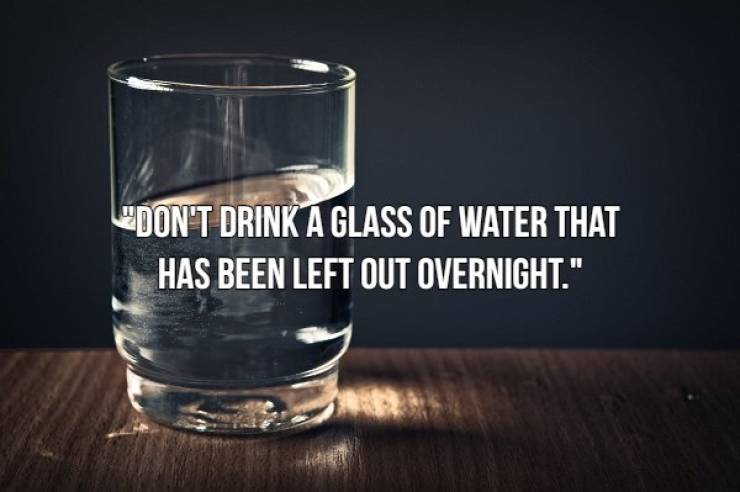 It’s really no big deal at all.

While your water may taste a little weird, for whatever reason, it is perfectly fine to drink a glass of water that you’ve left out overnight. According to Cassell, “water itself has no ingredients that would make it go bad.” 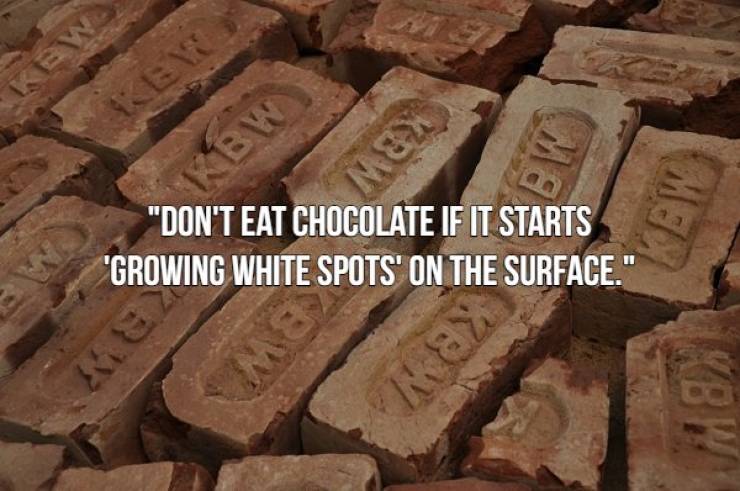 It isn’t as bad as it looks!

If you’ve ever opened up an old bar of chocolate and noticed that there is a white-ish film starting to appear on the surface of it, you may very well be turned off from the idea of eating it. However, there’s nothing to worry about. Cassell says “This occurs when cocoa butter fats separate from the cocoa. It’s completely normal and safe to eat,” 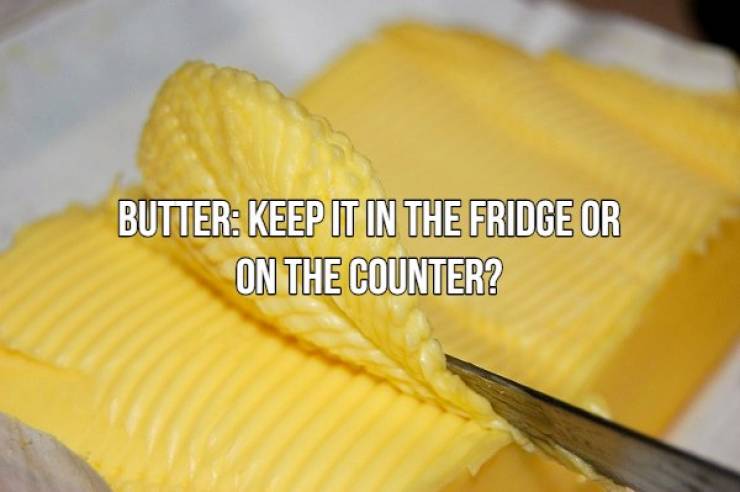 The fridge is king here

While it is nice to have your butter soft and ready for easy spreading, it’s better to keep it in the fridge. According to Cassells, keeping your butter on the counter “increased rates of oxidative rancidity, which leads to the more rapid development of an unusual or unpleasant flavor.” 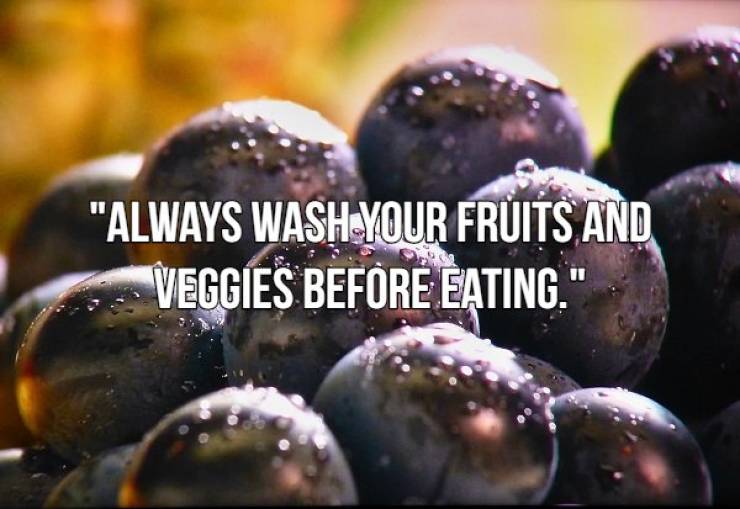 Unless the fruits/veggies come in a package that say “pre-washed” then yes, you should do this.

There are a number of ways that the fruits or vegetables you buy could be contaminated, including but not limited to animals, harmful bacteria found in soils, and poor hygiene among workers picking the foods. Just to be safe, always give your fruits and veggies a good wash before consuming. 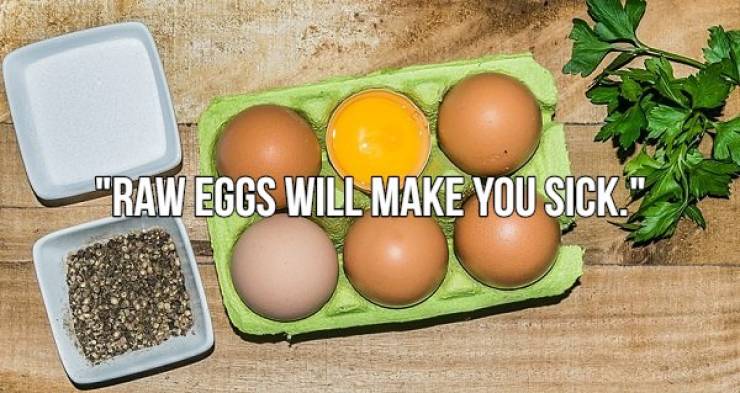 However, it still isn’t recommended you start chugging raw eggs for fun. Raw eggs have a chance of being contaminated with salmonella, and the best way to ensure that you don’t get it is to refrigerate them and cook the until both the yolk and the whites are firm. 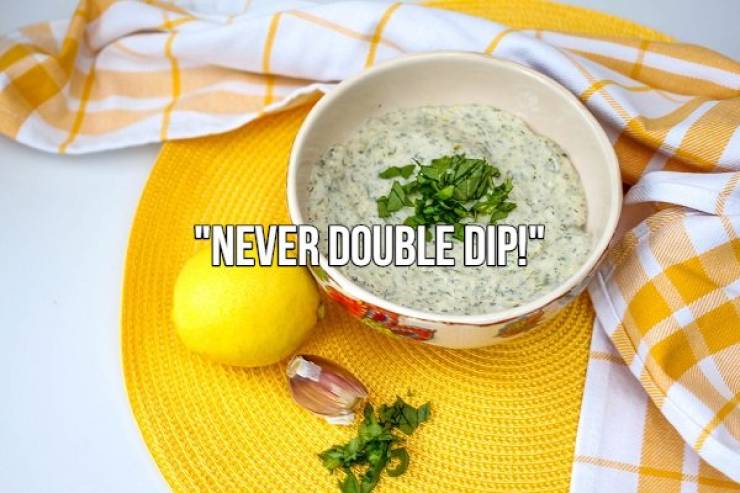 Unfortunately, this one is completely true.

Double dipping drastically increases the chance of you or anyone else spreading harmful bacteria. According to Cassells, “It’s best to put dip on your own plate so that you can enjoy it without spreading germs to others,”

The best strategy is to take one heaping dip the first time, so that you don’t have to come back for another. If anyone complains, just tell them you’re making sure they don’t get sick. 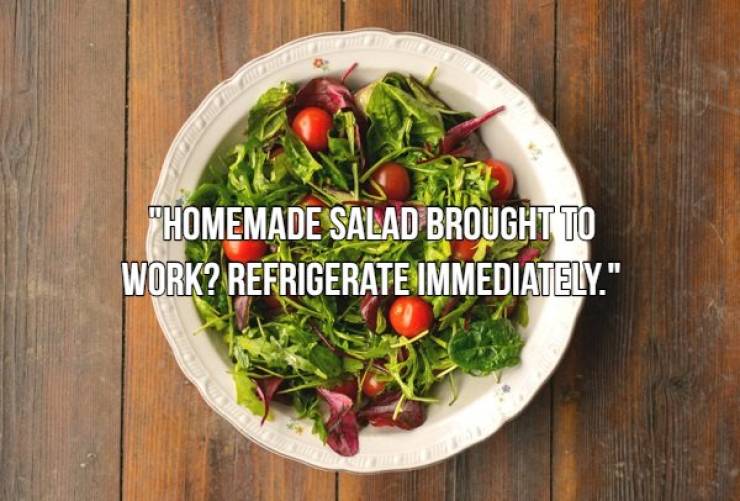 This is absolutely true.

If you’re bringing a homemade salad to work for lunch or dinner, good on you, but be sure that you refrigerate it as soon as you get there. Almost EVERYTHING that you put into your salad is perishable and needs to be kept at a temperature of 40°F or below.

Occasion 2 year s ago
#2 I believe that people in India would leave water overnight intentionally in copper vessels to increase their levels of this nutrient.
Reply
-1

Domestic 2 year s ago
#6 So the only way to cook an egg is to hardboil it?
Reply