Picture It: You’re On 103rd Floor, And The Glass Shatters Underneath Your Feet (5 pics)

On Monday evening, visitors at Chicago’s Willis Tower Skydeck had a scary surprise 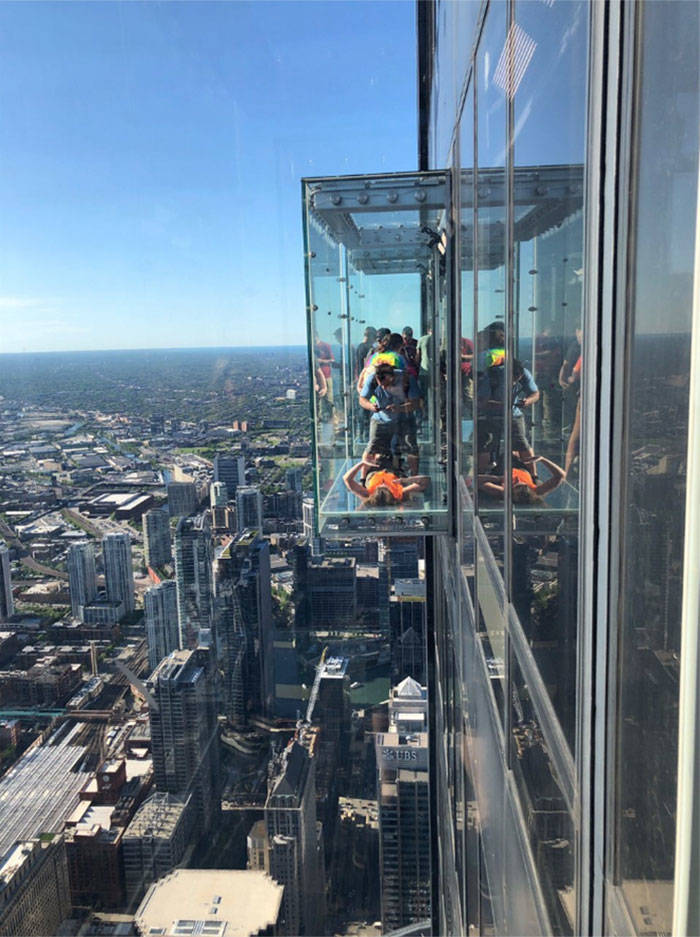 Situated on the 103rd floor, Willis Tower Skydeck is a popular tourist attraction as it allows them to enjoy a beautiful view of the entire city as well as the nearby Lake Michigan.

Unexpectedly, Skydeck’s protective layer cracked while tourists were walking on it 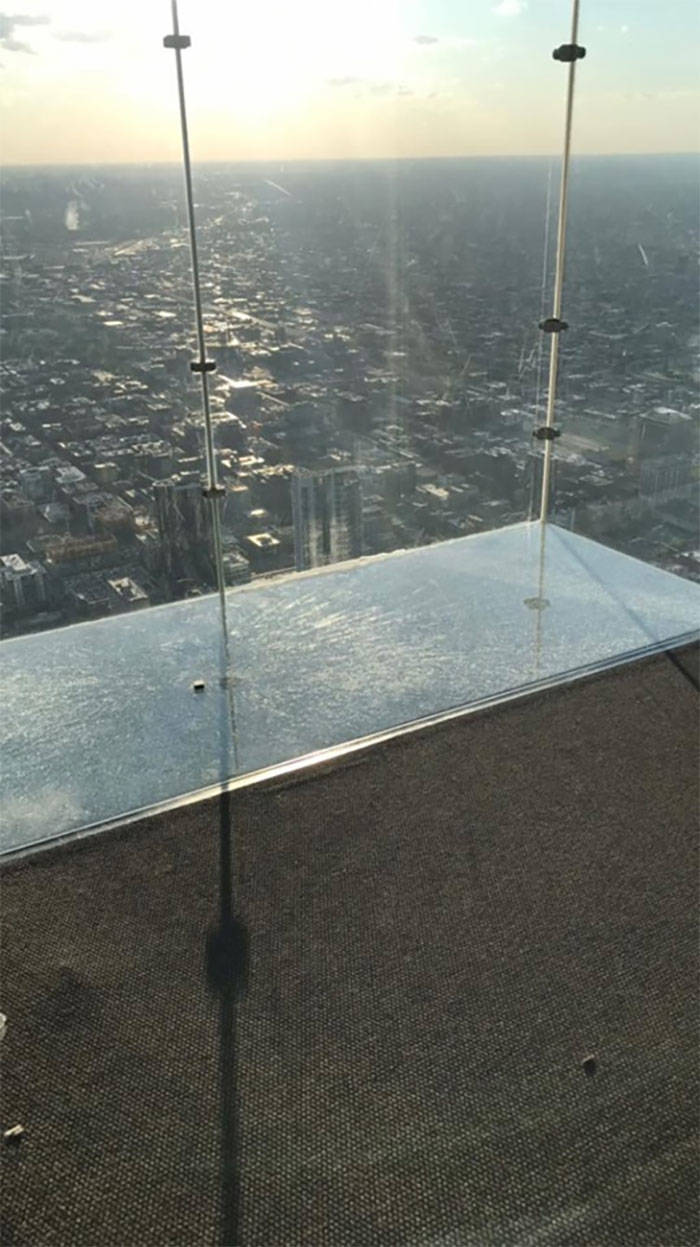 In an interview, Jesús, who was spending time with his family on the Skydeck, said that the moment the glass cracked there was a woman with two children standing on it, “Their faces were so pale! People around were very nervous. The workers’ reaction was the same, they didn’t know what to do. Obviously, they said to the family to step out of the glass. Nothing fell so nobody felt in danger. That was the good part.”

According to Willis Tower Skydeck’s spokesperson, nobody was in danger 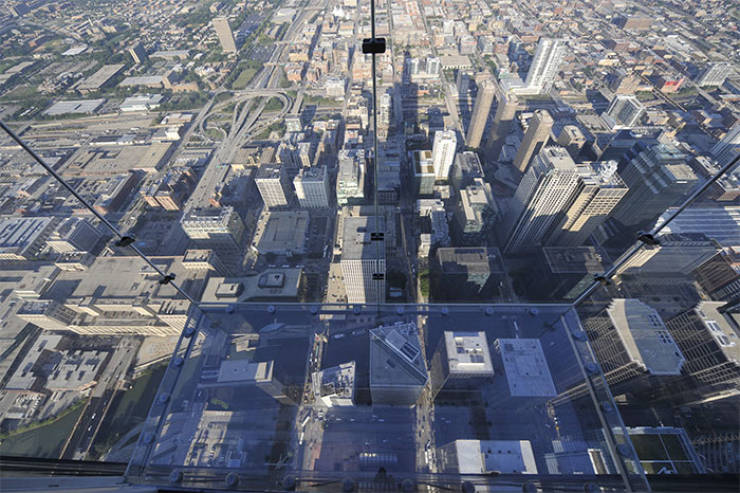 “My wife is really scared of heights, but she was going to step on it because my family was there, but after that happened, she said that there was no way for her to go on the glass. The workers closed that balcony with a black blind, but the other ones went on normally so I stepped on another one with my family (not my wife, of course). I didn’t feel unsafe at any moment.”

In fact, it was stated that this is exactly how the protective layer is supposed to act 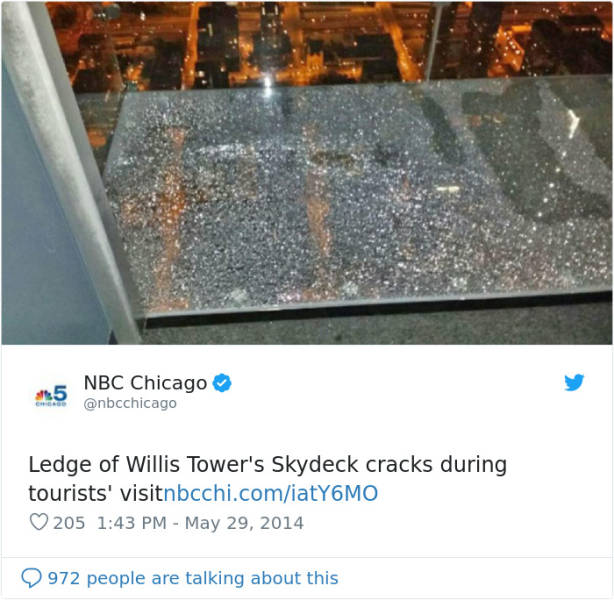 It is said that this layer is supposed to crack since it is designed to protect the surface of the glass. In this case… it’s a good thing it cracked?

The Skydeck Ledge is visited by 1.7 million people each year who are always encouraged to step on the glass floor 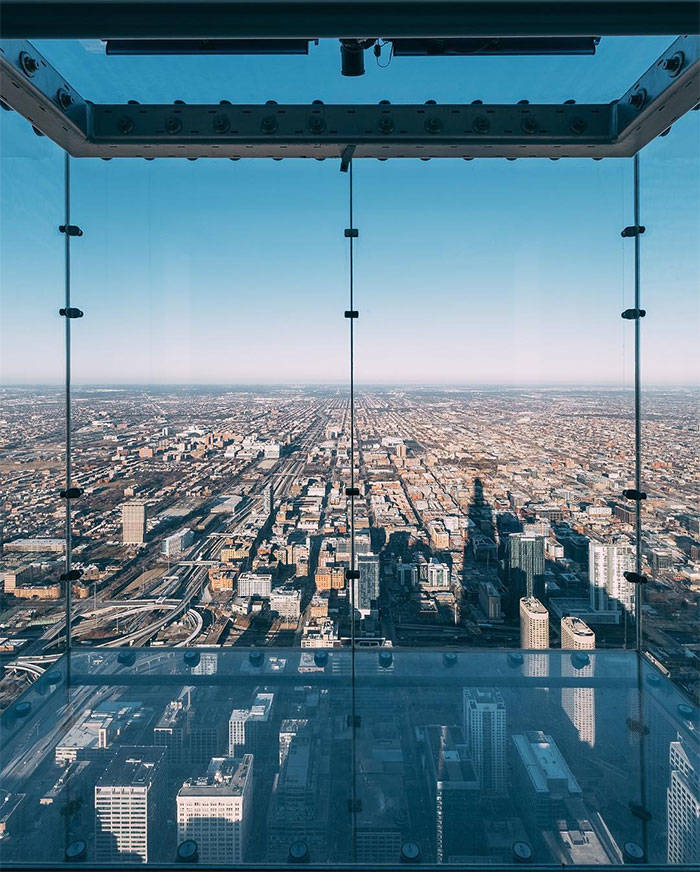 Skydeck’s Ledge is definitely a popular tourist attraction according to their website, ” In 2009, Skydeck Chicago opened its newest attraction, The Ledge, 4 glass boxes that extend 4.3 feet outside the Tower and stand 1,353 feet above Wacker Drive. With glass on the ceiling, floor, and all sides, it is truly an unforgettable experience.”

Hybrid 3 year s ago
As with everything in the US, no upkeep so it falls apart.
Reply
1

Alive 3 year s ago
Boy that sure makes me feel like I can't wait to use the sky walk at the Grand Canyon. Not.
Reply
Powered by