They Called Their Cat “Duchess”, And She Didn’t Disappoint (9 pics) 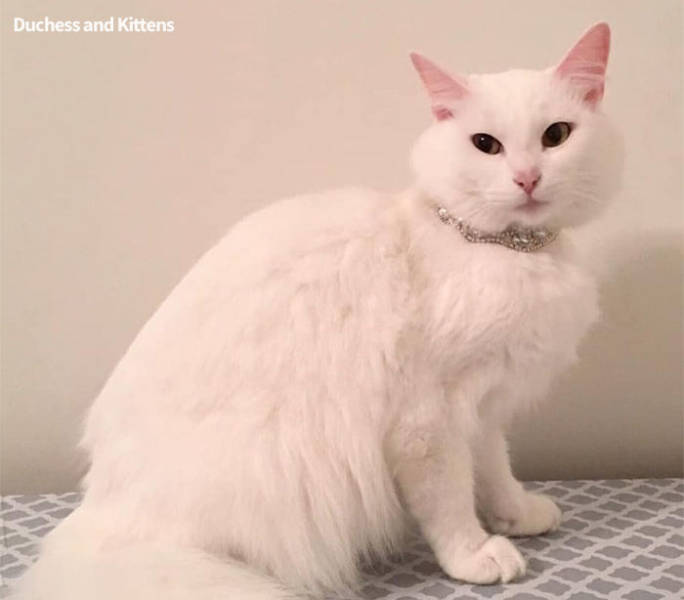 She was adopted by Shelby Sewell-Lopez from East Texas in 2018. Upon her adoption, Duchess was very frail, her hair was falling out, she had hernia and every parasite a cat could have, you name it. In an interview, Shelby said, “Through all of the rehabilitating, she kept her calm demeanor and a beautiful cat emerged. She is unbothered by everything except the vacuum cleaner!” 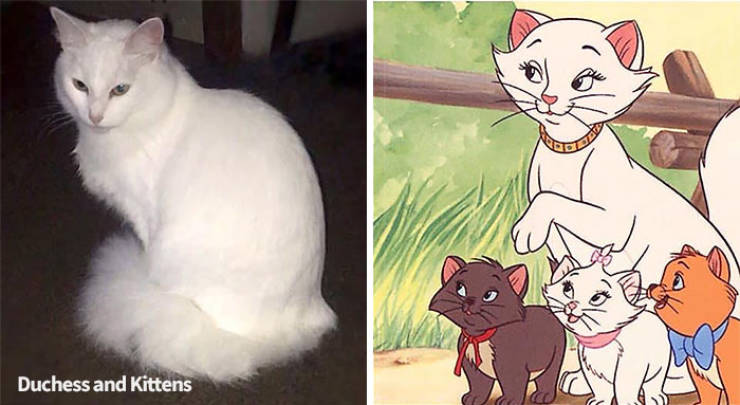 Despite her new family thinking Duchess was spayed, one day, they found her in an upstairs closet with what at first was thought to be a mouse. Boy, were they wrong! 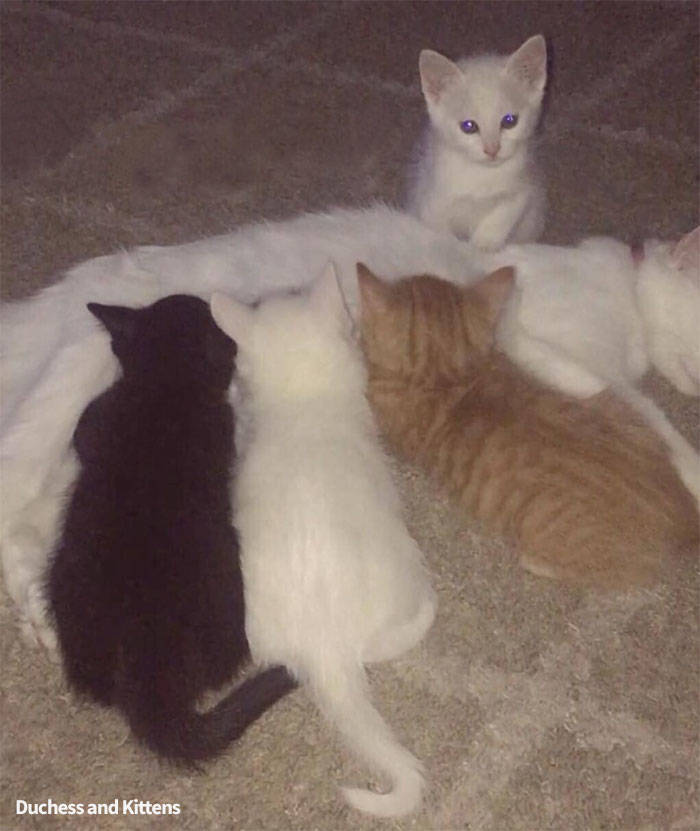 The “mouse” turned out to be Berlioz, then came Marie, and Toulouse. Everything fell still so they thought the birth was over but then the “bonus kitten” Blue appeared. “Although Blue is not an official Aristocat, he is the most affectionate and definitely steals most of the attention,” says Shelby. Despite her rough past, Duchess is an extraordinary mother who never leaves her kittens. Even when the kittens grew and started exploring the house, she always accompanied them. Shelby admits that the cat became quite spoiled because of her constantly bringing her meals and water directly to her. 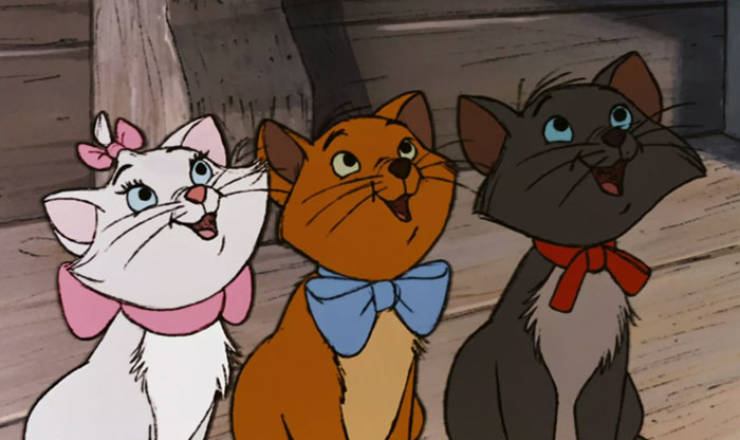 Even the genders matched the cartoon, so they decided to name them retrospectively – Marie, Toulouse, and Berlioz.

And they couldn’t separate the special bunch

Even though they decided to keep all of the kittens fairly quickly, it took a little bit of persuading Shelby’s husband. 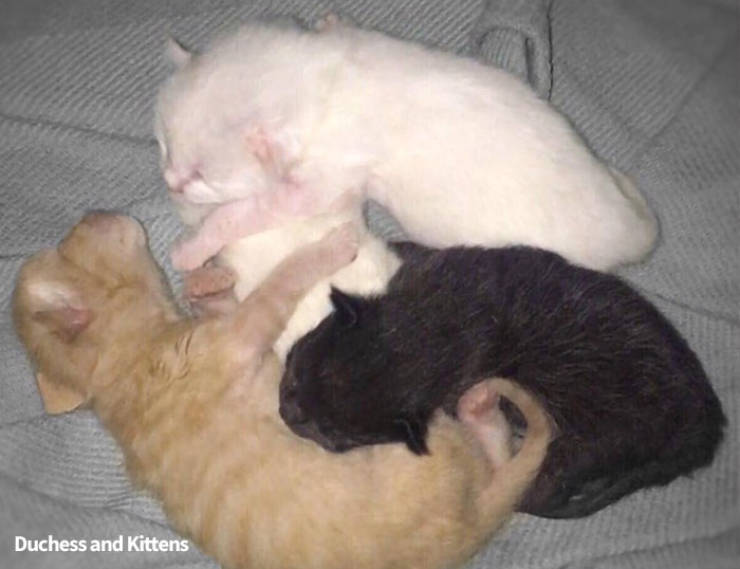 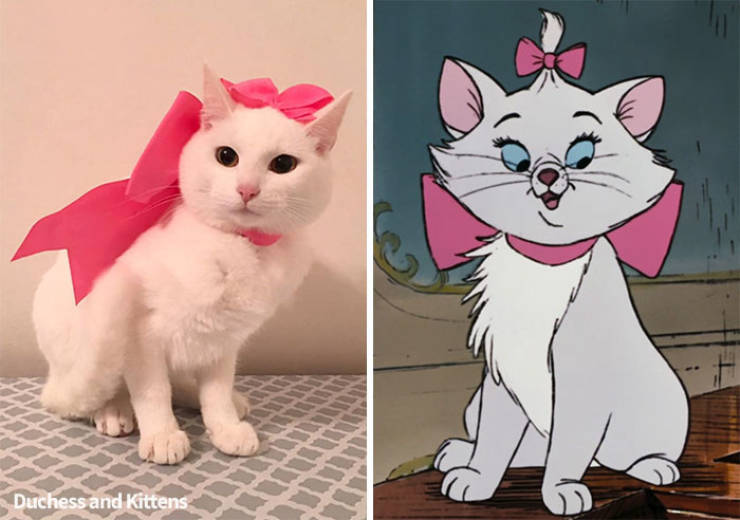 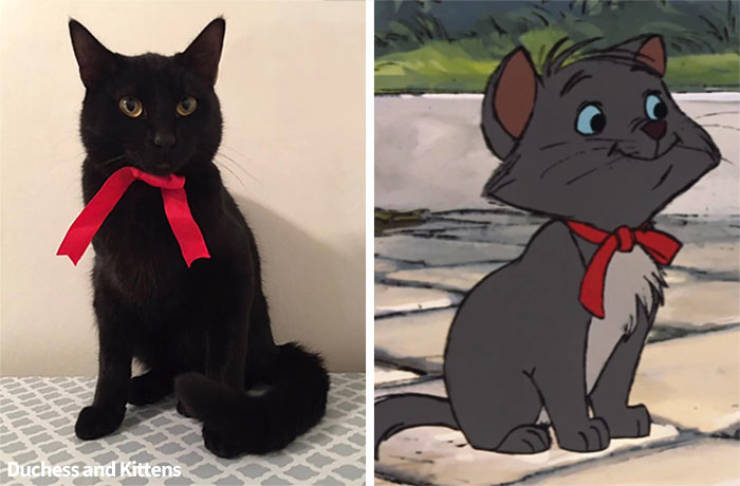 Cream 1 year ago
this is the content i craves
Reply