Our Ancestors Predicted These Things (15 pics) 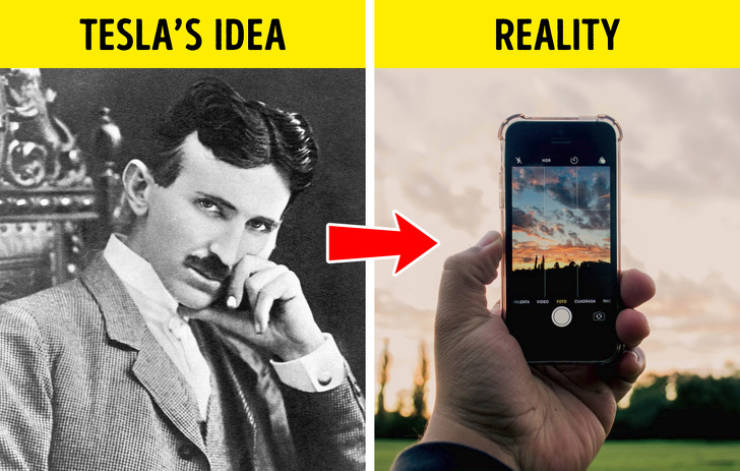 Tesla predicted the creation of the smartphone in 1926 in an article for The New York Times. Later in 1964, Isaac Asimov predicted that it would be possible to call any point on Earth through satellite communications and we wouldn’t need wires for that. It totally came true. 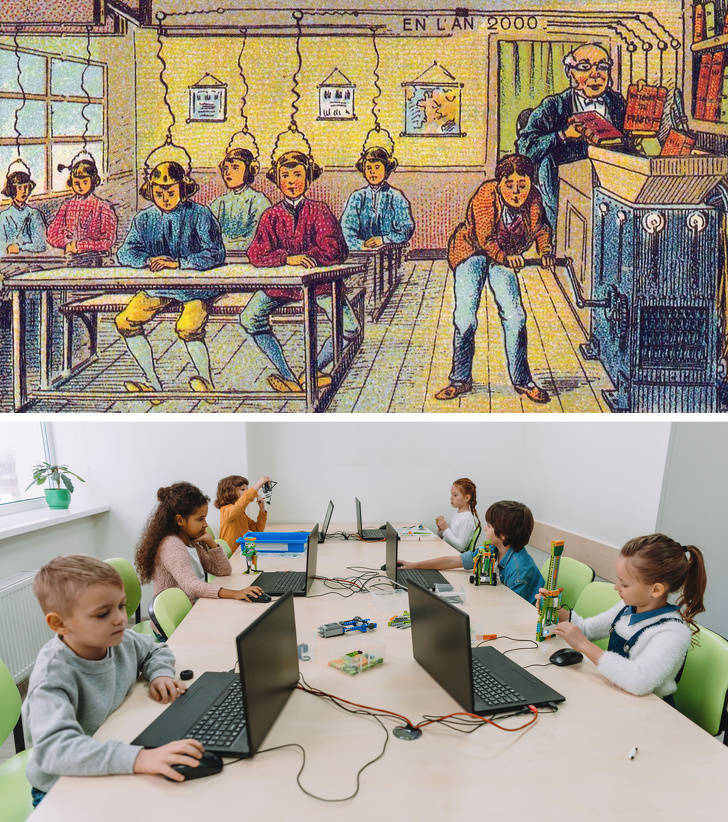 High tech education system was predicted in En L’An 2000 and it is a French image series depicting scientific advances that were imagined to be achieved by the year 2000. We don’t use helmets with wires for studying, but a lot of our work is already by computers and we don’t need to go to the library. 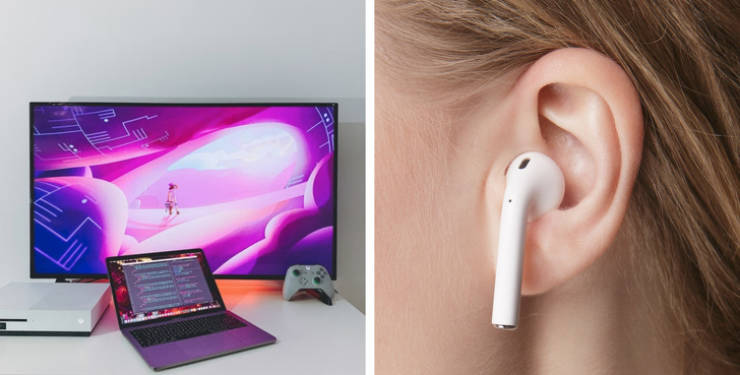 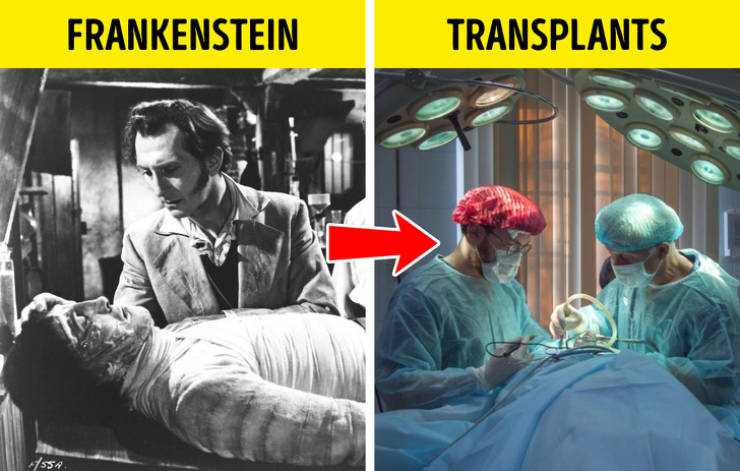 The author of Frankenstein, Mary Shelley, in her novel in 1818 just started to talk about the reanimation of dead bodies with electricity and exchanging organs. This is really something incredible to write about a technology that we didn’t start to use until just a short time ago. 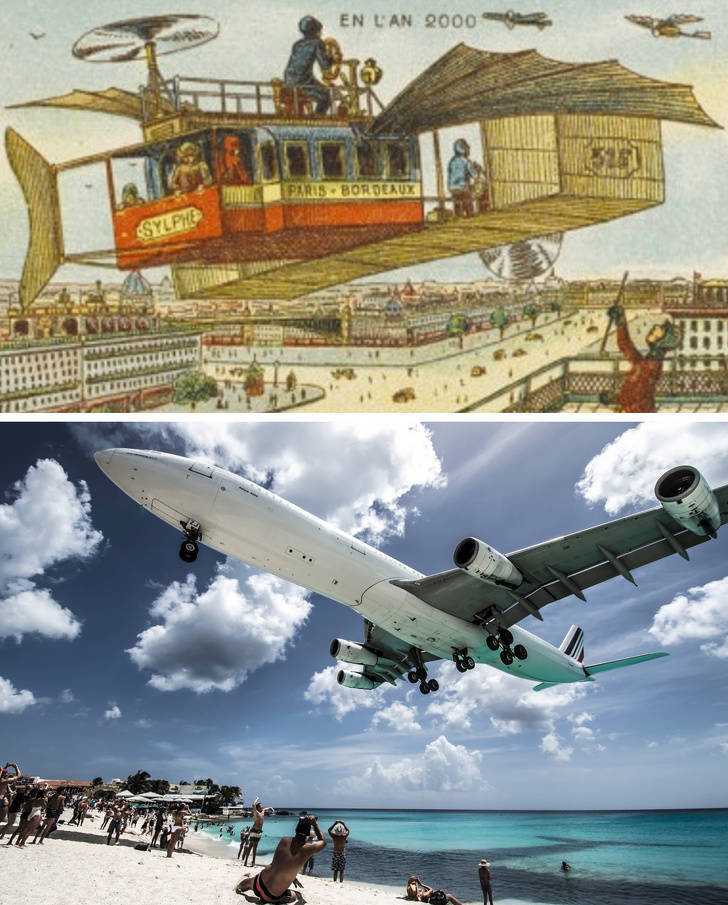 That is how Jean-Marc Côté imagined flying boats in 1900. He called them airbuses. Nowadays airbuses, or airplanes, are widely used and have become a regular thing.

The rise of computers Isaac Asimov was an American writer and professor of biochemistry. Many of his forecasts were amazingly accurate. He even predicted the rise of computers. Asimov was sure that, in the early 80s, society wouldn’t be able to live without them and each and every home would be equipped with this technology. 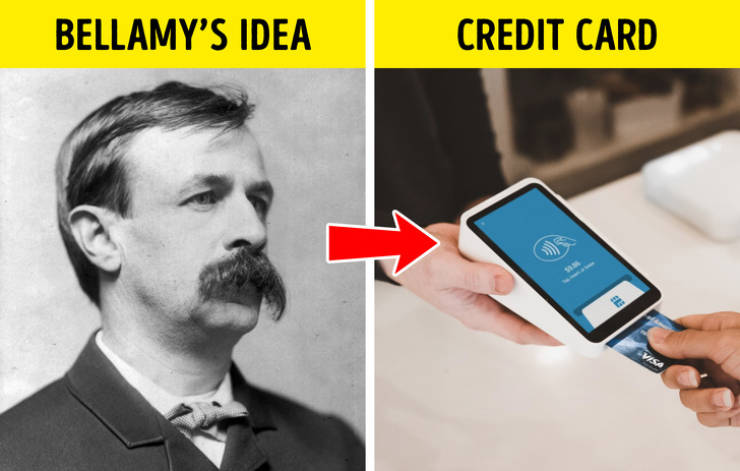 The person who first developed the idea of the credit card was the utopian science fiction writer Edward Bellamy. And it was described in his book Looking Backward in 1888. In 1969, Isaac Asimov described in Sally a car that drives itself. Nowadays we have this technology in progress. In 2017, Waymo announced that it had begun testing driverless cars without a safety driver in the driver position and Tesla is also doing some driving tests in traffic using autopilot. 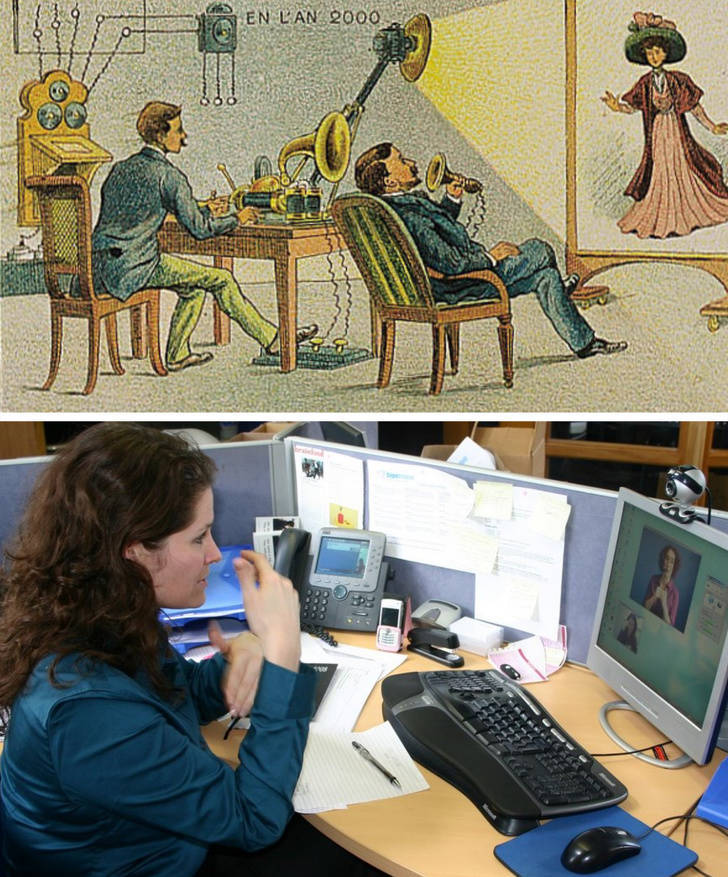 It was predicted already in 1910 by artist Jean-Marc Côté, when no video technology existed. That time it seemed too futuristic, but now it’s a normal routine. 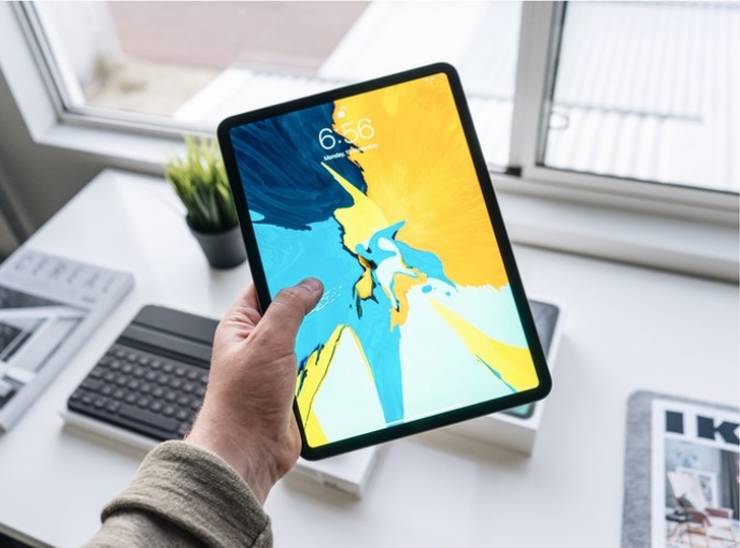 In 1968 Arthur Clarke wrote the book 2001: A Space Odyssey about an alien civilization that creates intelligent life on Earth. His prediction about electronic newspapers, similar to modern tablets, turned out to be very accurate. Fitness bracelets and smartwatches are a very popular gadget nowadays. But Soviet science fiction writer and historian Kir Bulychev predicted them a long time before they appeared. In his book One Hundred Years Ahead (1978) he described a bracelet with numbers that just flash on a screen.

Flight to the moon Jules Verne predicted people flying to the moon in 1865. He described the possibility of landing a man on the Moon in great detail, in his novel From the Earth to the Moon. And even with no empirical data on the subject at the time, some of his figures are very accurate. For example, he writes that 1,600,000 pounds of powder will be needed to create 6,000,000,000 liters of gas. 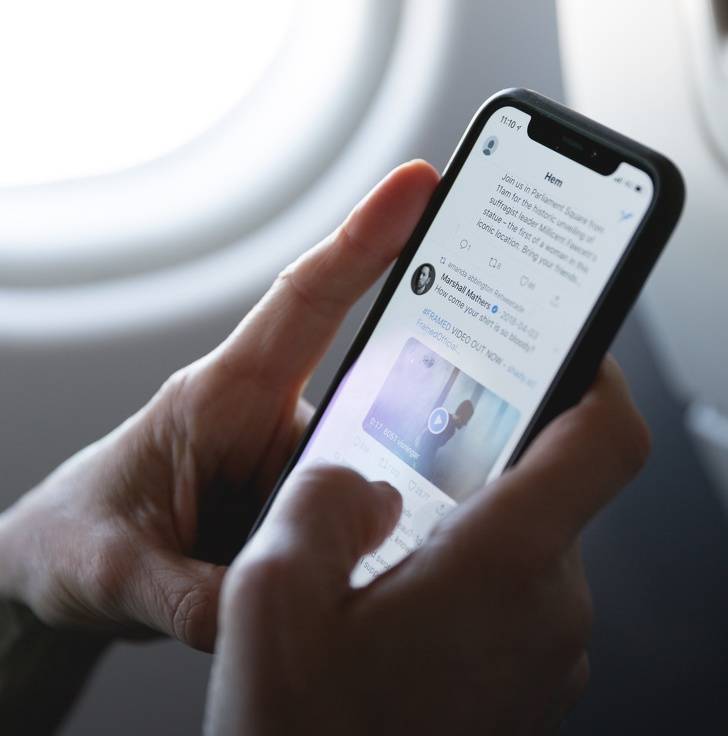 The Machine Stops is a science fiction story by Edward Morgan Forster. He wrote it in 1909 and he described how people mostly communicate with each other via screens. This is super similar to the internet age. 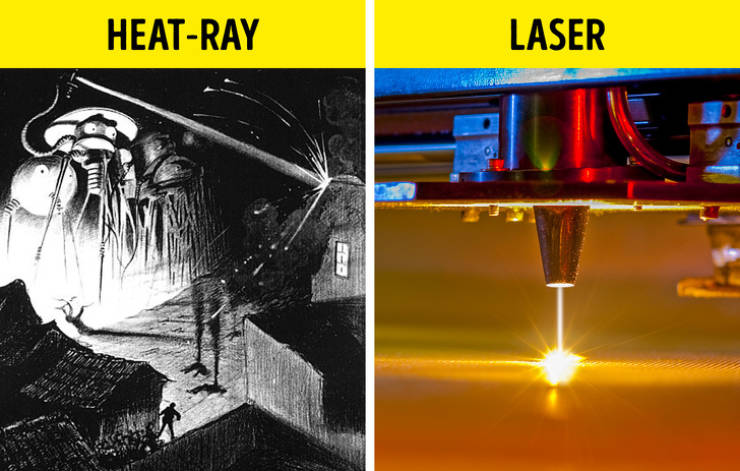 In 1898 H. G. Wells described in his book The War of the Worlds a “Heat-Ray.” With this weapon, you are capable of incinerating things without any noise, but just with a flash of light. 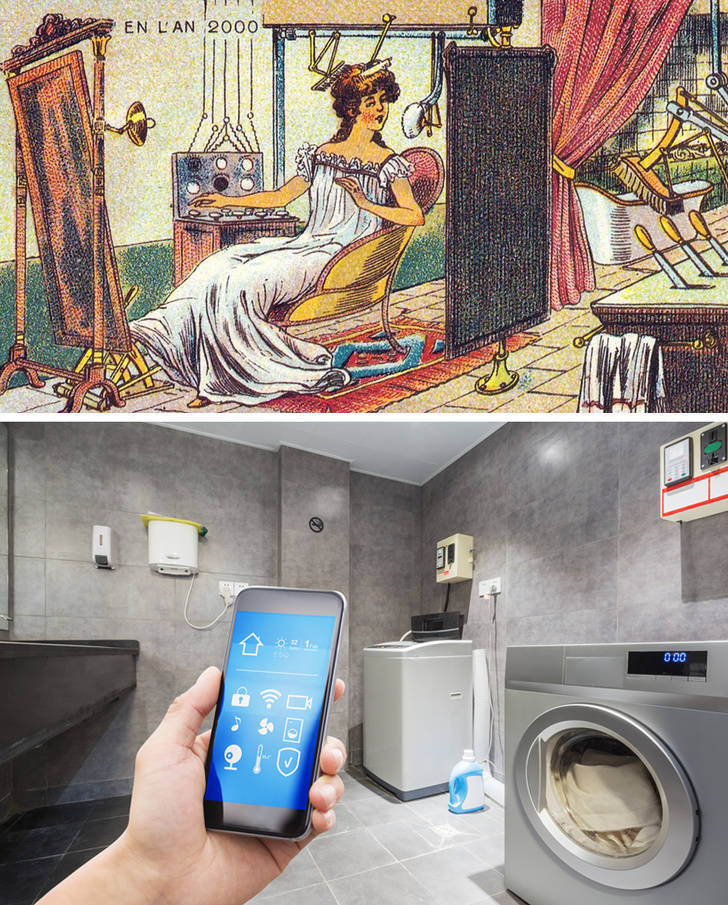 This illustration from En L’An 2000 which was published by Henry Holt and Company in 1910 reminds us of many things in our beauty salons and special gadgets for bathrooms that only need an app to control the process.

Offspring 11 month s ago
what human can think of, human can do. so simple. except normies.
Reply