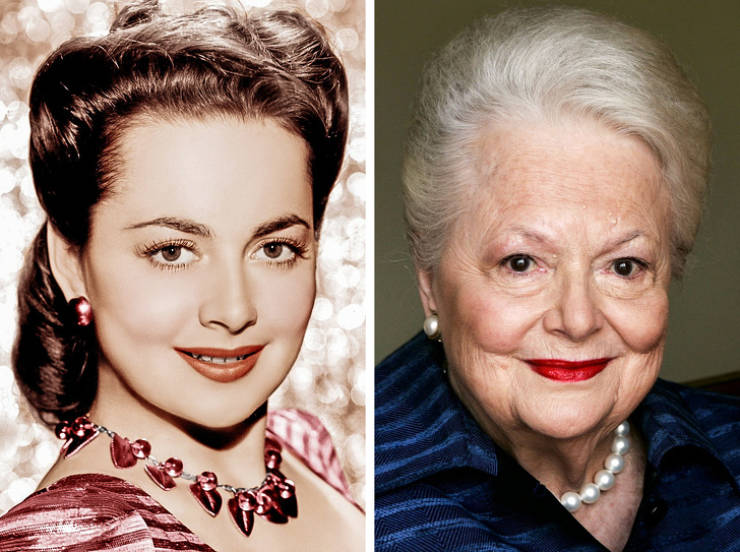 She was one of the leading actors of her time. Now Olivia de Havilland belongs to the last surviving movie stars of the “Golden Age” of Classic Hollywood. She has appeared in 49 films.

Her Majesty Queen Elizabeth II, then and now. She is 93 currently. 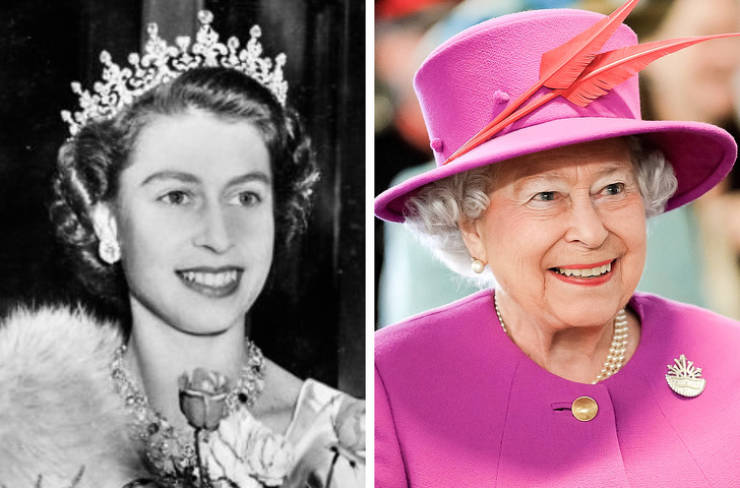 Her Majesty Elizabeth II was born on the 21st of April in 1926. She was proclaimed queen in 1952 and even now we continue to enjoy this wonderful woman and sometimes get nostalgic by seeing her old pictures.

Cicely Tyson is 94 and it feels like she doesn’t get old. Her career has already spanned more than 60 years. She is not just a talented actress, but a woman without an age. It is difficult to believe that she is 94.

Eva Marie Saint then and now, at the age of 94. 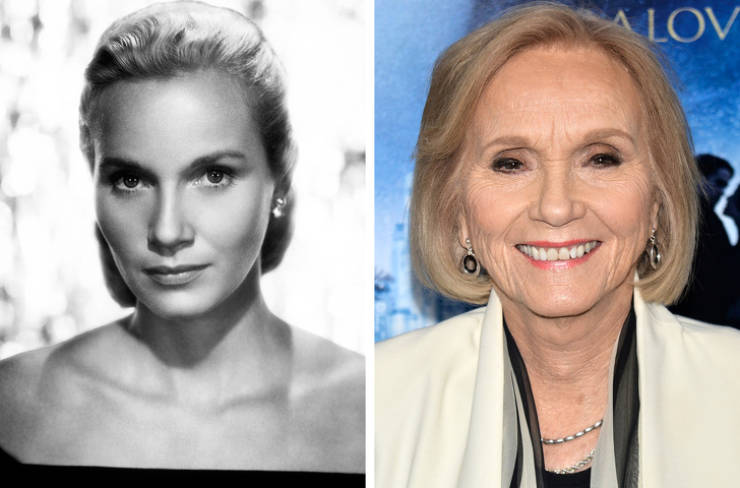 The career of this American actress spans 70 years. We remember her from Alfred Hitchcock’s North by Northwest. She even has 2 stars on the Hollywood Walk of Fame!

Vera Lynn is 102 and we love her for her contributions to culture. 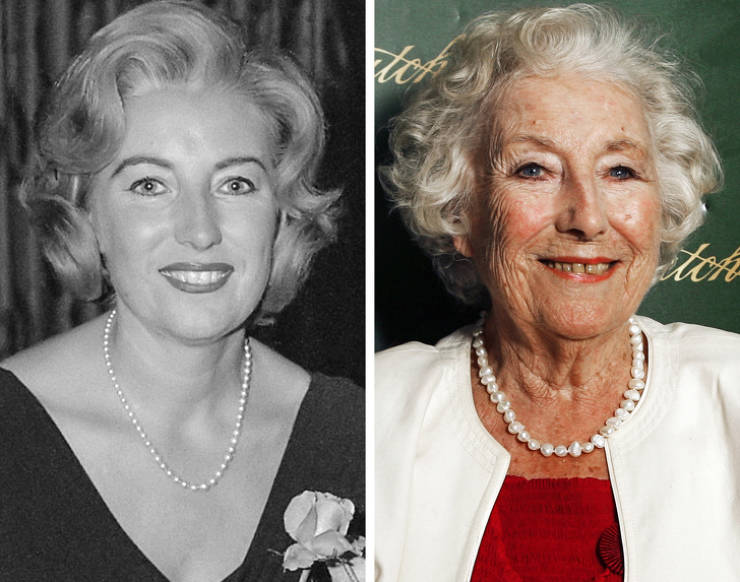 Her musical recordings and performances were popular during the Second World War and she remained famous after the war by appearing on radio and television in the UK. 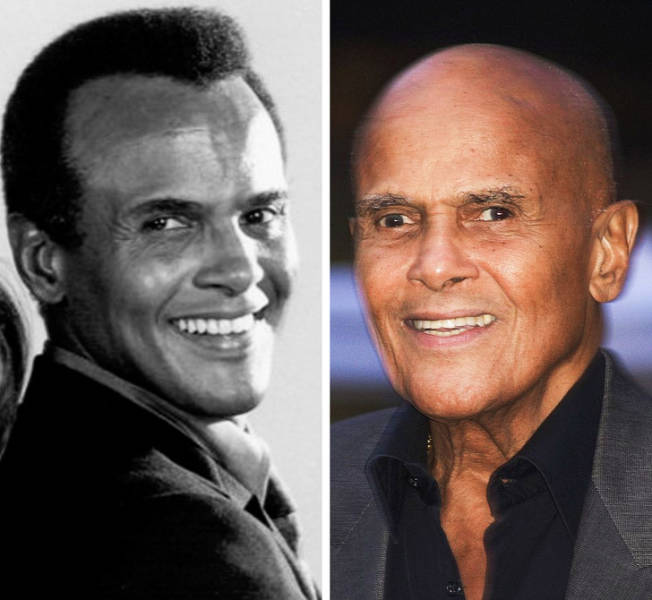 He is one of the most successful Jamaican-American pop stars in history. People call him the “King of Calypso” for popularizing the Caribbean musical style with an international audience.

Betty White is 97 now and she is adorable. 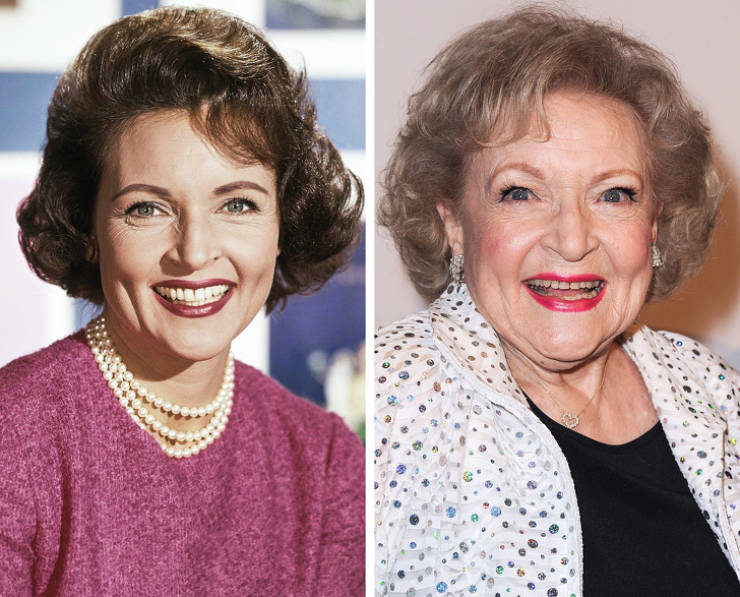 She is gorgeous! Betty White has the longest television career of any female entertainer. It has lasted more than 80 years already. She is also recognized as the first woman to produce a sitcom (Life with Elizabeth). 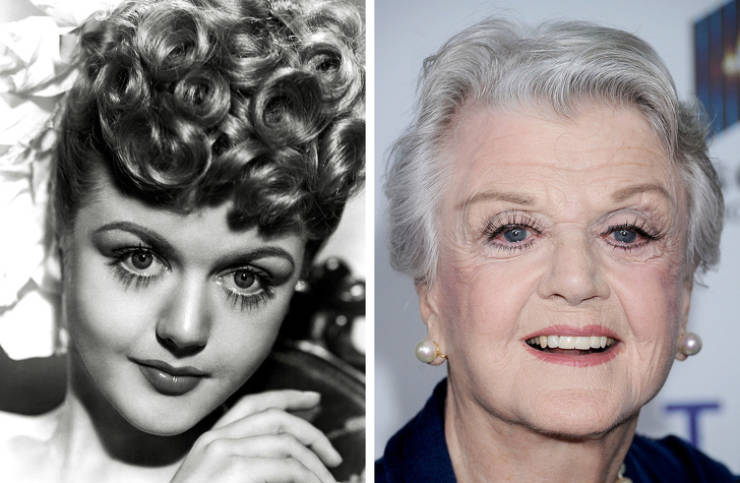 This woman is amazing! International fame came to her when she played the writer and sleuth Jessica Fletcher in the American whodunit series Murder, She Wrote. And, of course, we like her lovely voice in Disney’s Beauty and the Beast as Mrs. Potts. 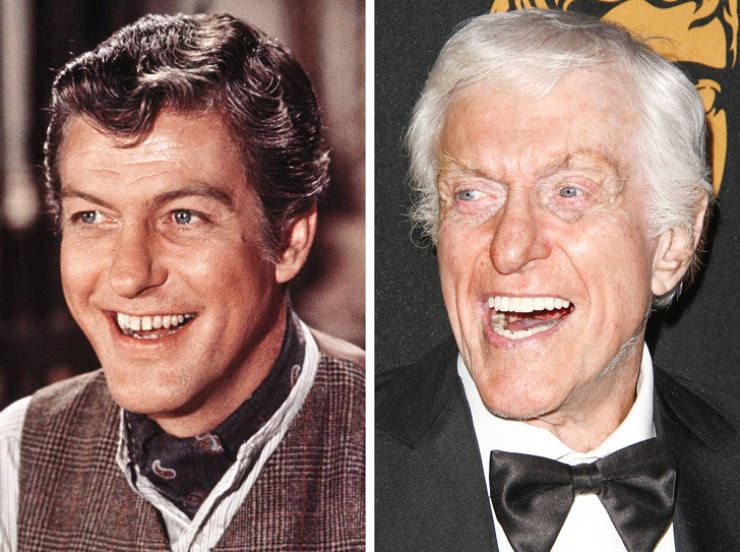 This Hollywood celebrity has a star on the Hollywood Walk of Fame at Hollywood Boulevard and he has also been recognized as a Disney Legend! His smile wins our hearts and we wish him many more happy years! 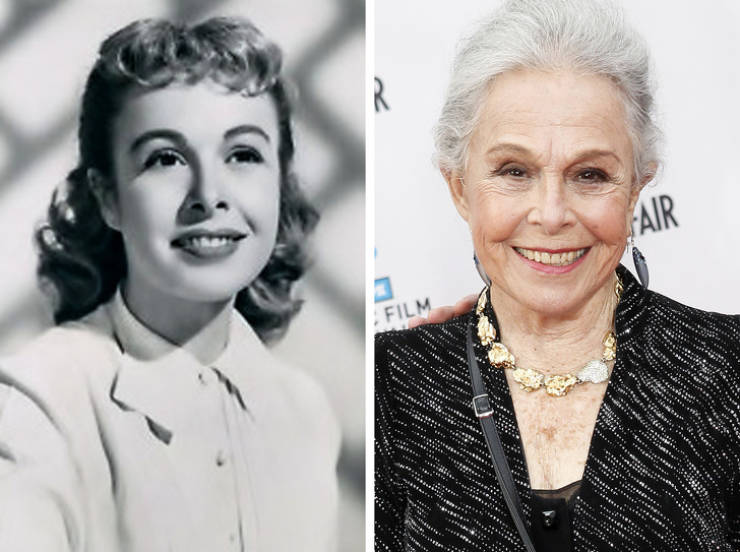 This woman is a brilliant dancer, choreographer, and stage and screen actress. That is probably why Marge Champion has always been in good shape and looks much younger.

Cloris Leachman is over 93 now. 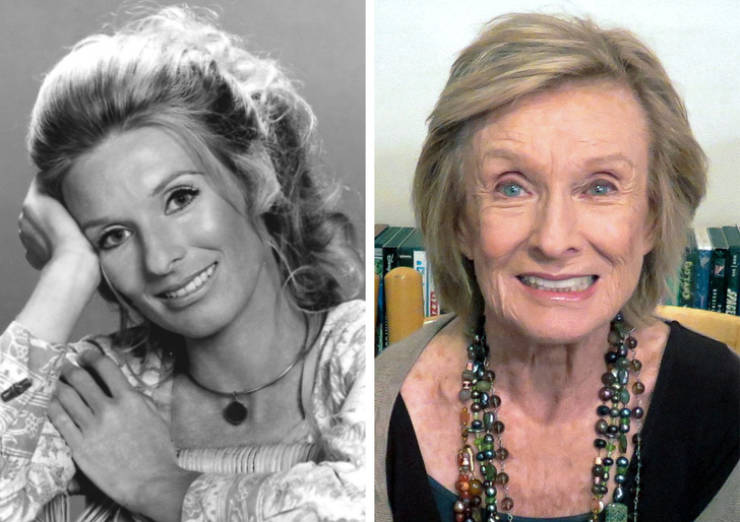 This actress won 8 Primetime Emmy Awards! You may know her for her role as Grandma Ida on the Fox sitcom Malcolm in the Middle, and as a roaster on the Comedy Central Roast of Bob Saget in 2008. 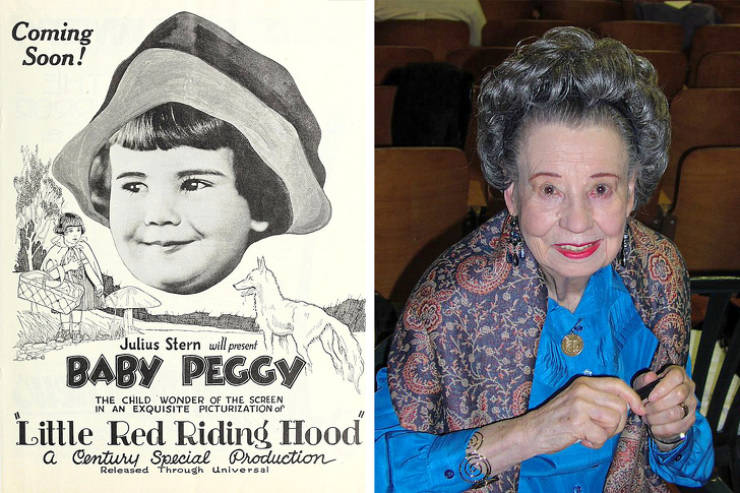 Diana Serra Cary is known as Baby Peggy. She is the one of the silent cinema era child stars. But Diana Serra Cary also found herself as an author and silent film historian and wrote several books including her historical novel. 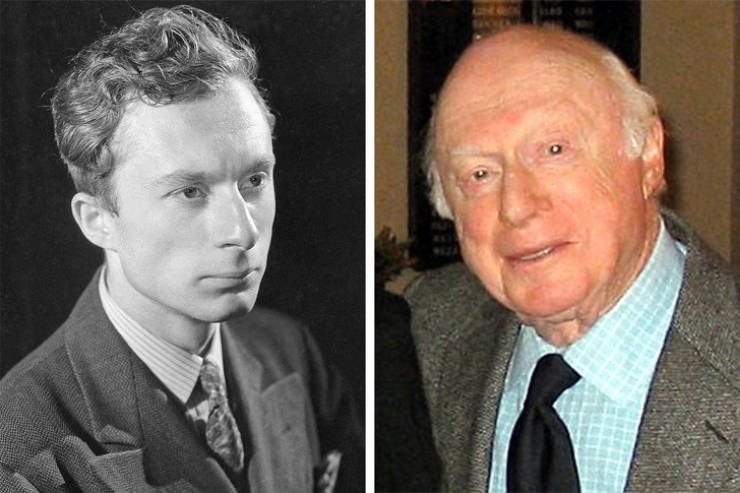 Norman Lloyd is an entertainment long-liver. He is an American actor and producer who has a career spanning over 9 decades. In the 1980s, Lloyd gained a new generation of fans after his role as Dr. Daniel Auschlander in the medical drama St. Elsewhere.

June Lockhart will be 94 in June. 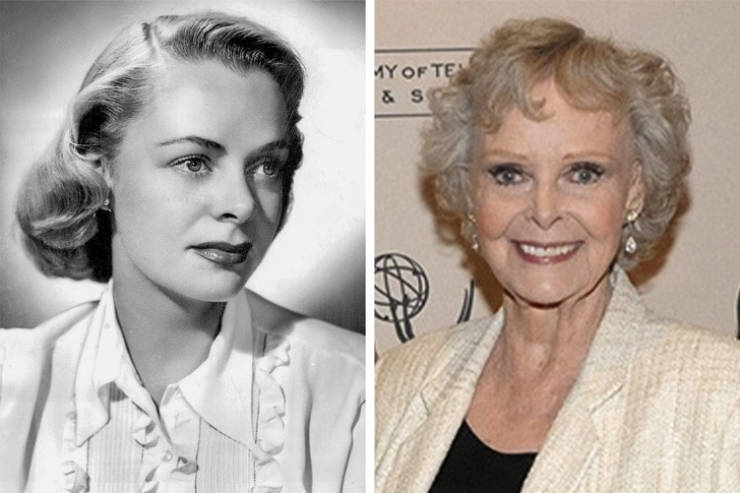 We mostly know her from 1950s and 1960s movies and performances. Her contribution to acting is confirmed by her being a 2-time Emmy Award nominee and she is also Tony Award winner. 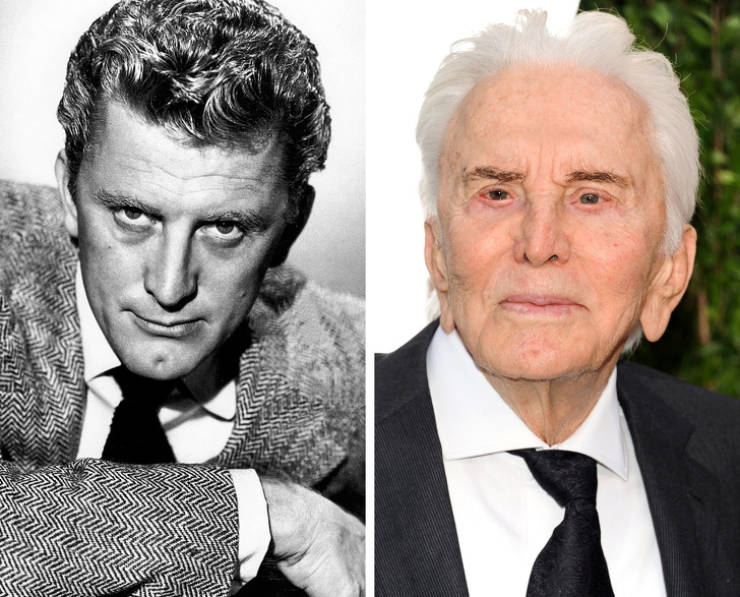 Kirk Douglas is a legend and one of the last surviving stars of the film industry’s Golden Age. During his career, he appeared in more than 90 movies. After surviving a helicopter crash in 1991 and a stroke in 1996, he is focused on renewing his spiritual life.

Advertisement
Bonus: Sean Connery is 88 nowadays and it's nice to get nostalgic and remember him as James Bond.
16 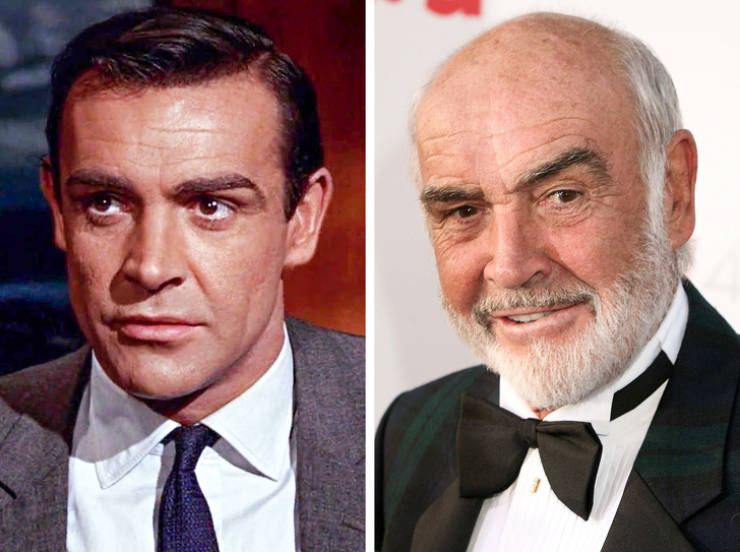 This charismatic actor is unforgettable and has become a legend. Many of us fell in love with him when he played the role of James Bond — Connery was the first actor to portray this character. Nowadays, he is retired and getting closer to 100 years old.

Faster 3 year s ago
Vera Lynn - My British grandmother lived through the war and said she had never heard of her during it.
Reply
-1

Martial 3 year s ago
Sidney Poitier should be on this list at 92.
Reply
1

Smarter 3 year s ago
Is anybody in here remember Vera Lynn
Remember how she said
We will meet here
Some sunny day...
Reply