“My mom and I at the same age in different centuries” 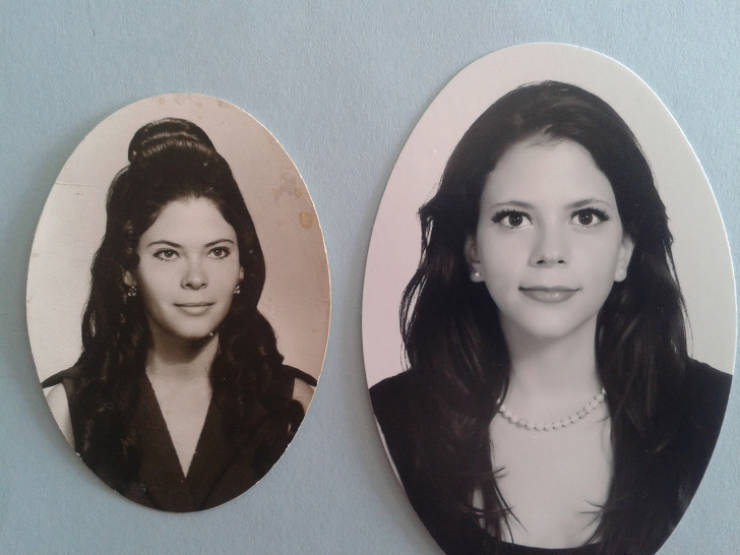 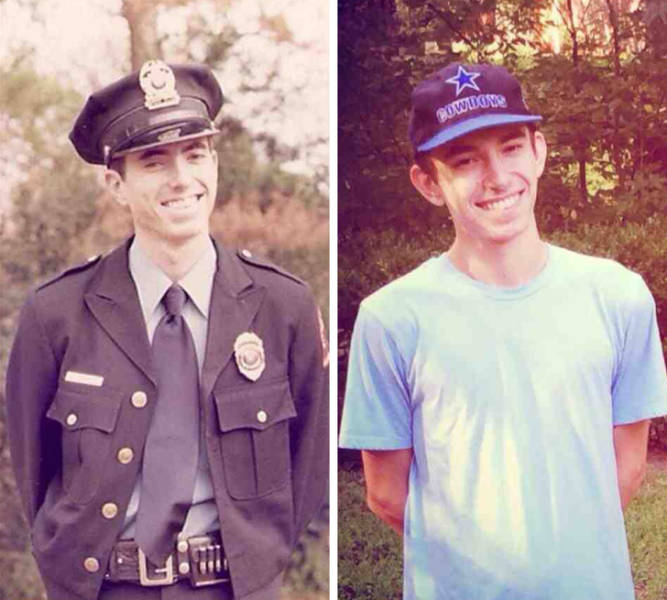 This mother and daughter even pose the same.

It’s time to strike a pose! 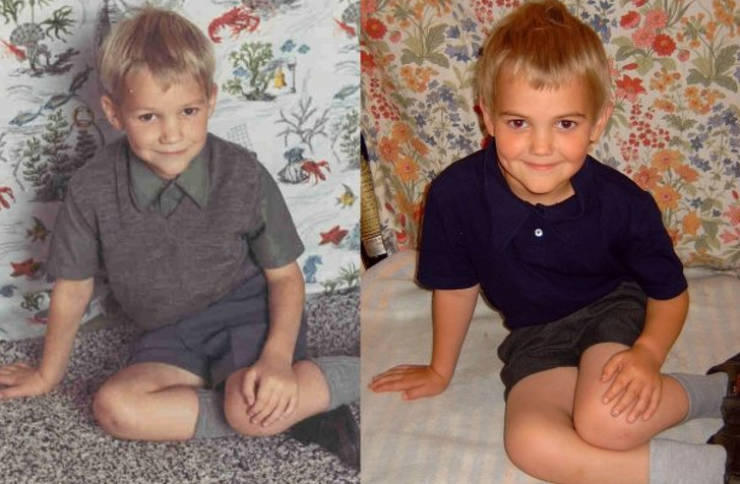 The best part of both pictures is the look on the sister-to-be’s face! 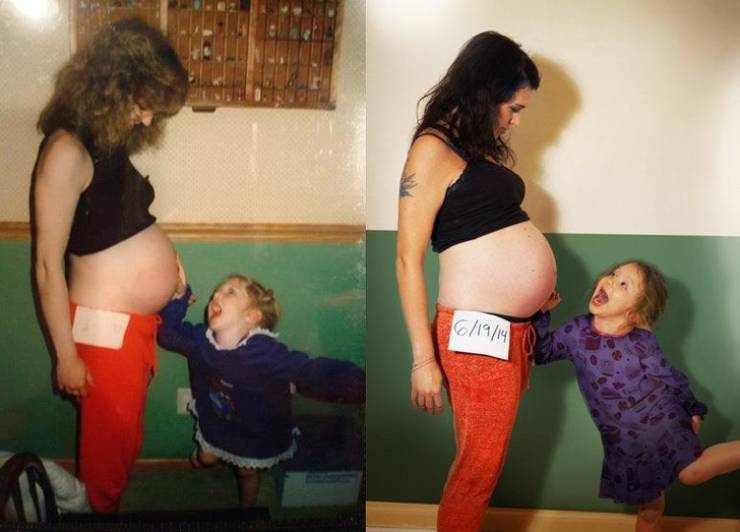 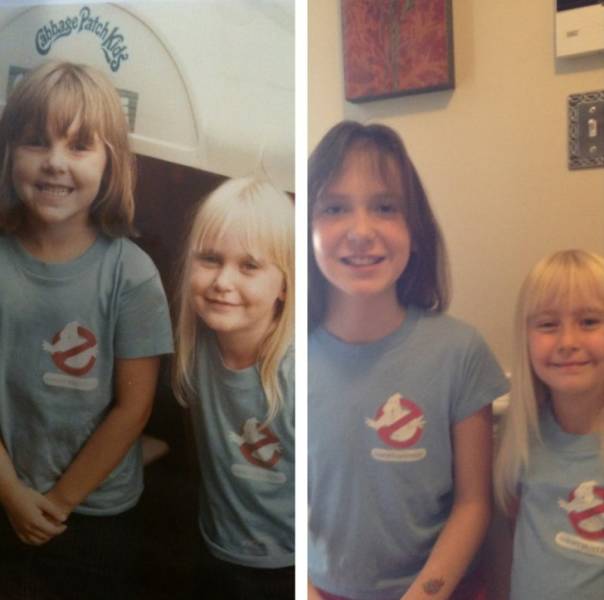 Both this girl and her grandmother can rock a short hairdo. 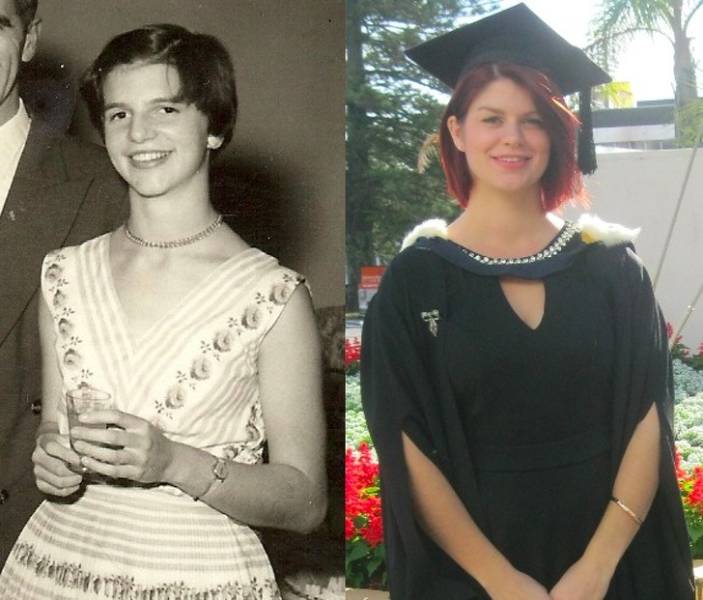 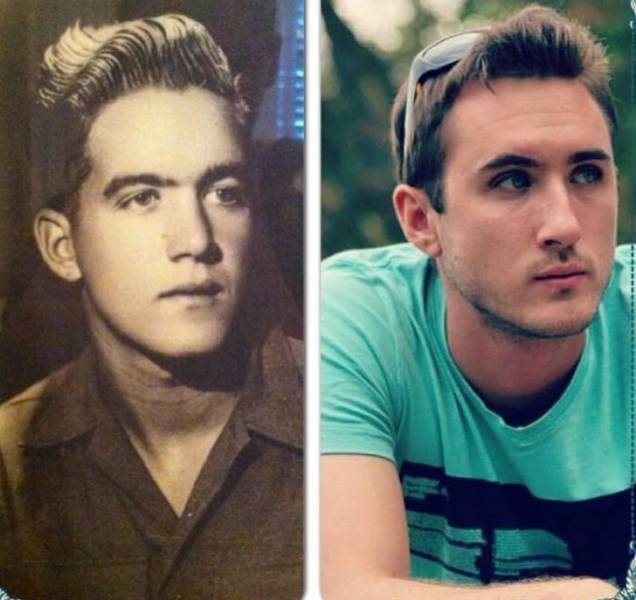 This mother and daughter even share bad hair days! 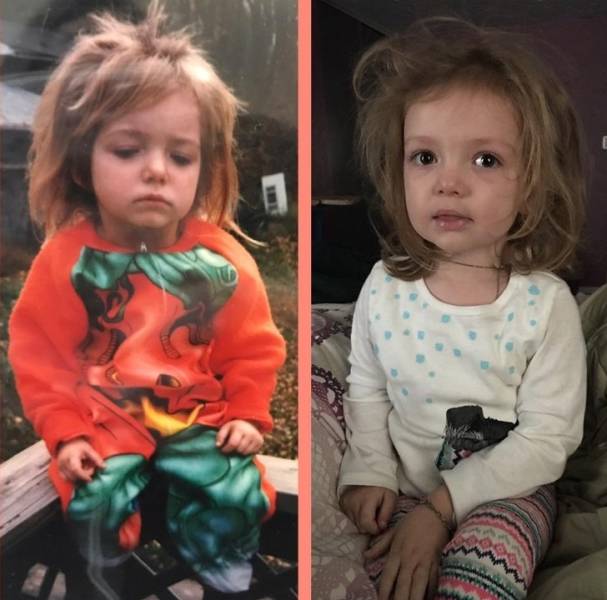 “Apparently I bear some resemblance to my great-great-grandfather.” 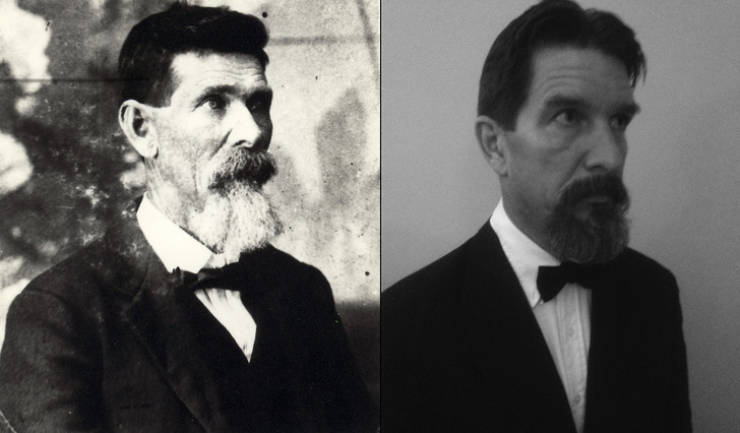 He just needs a pair of glasses.

This level of cuteness just had to be a dominant gene. 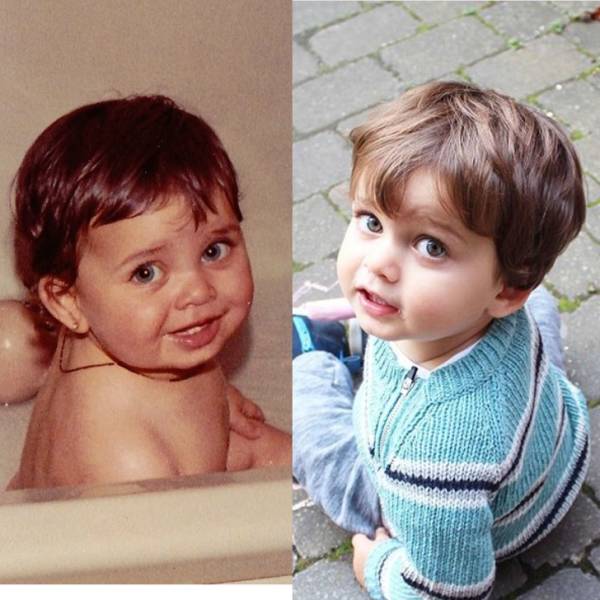 “Pretty strong genetics in my family...” 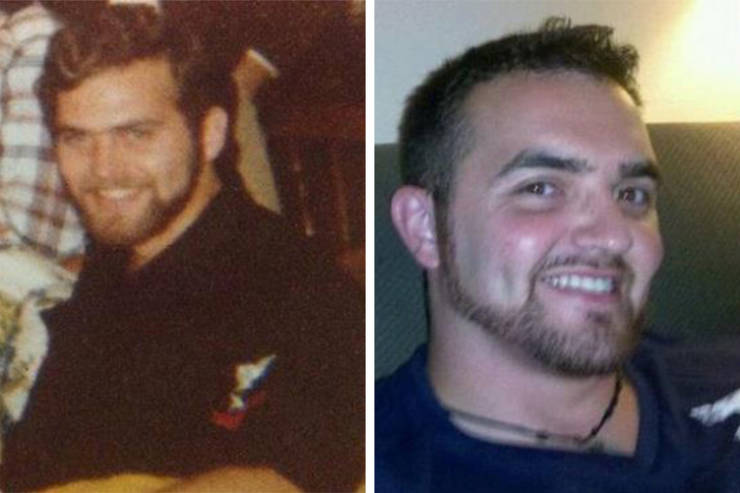 Now the son needs to recreate this photo when he has a baby of his own. 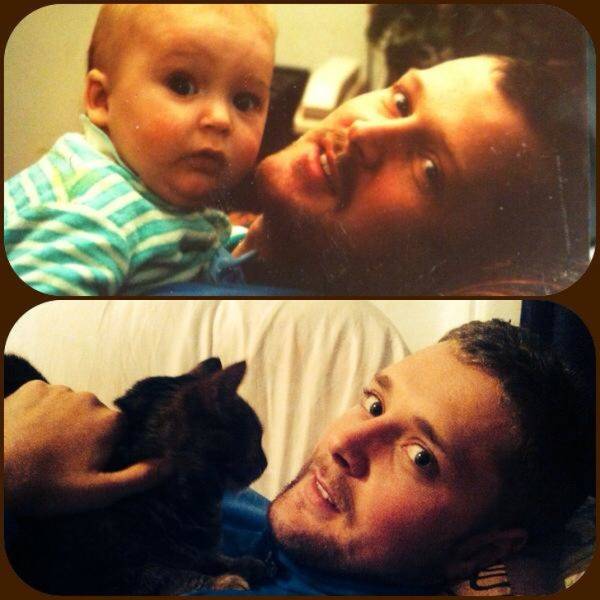 “My dad died a year ago today. Here is a photo of him holding me when I was 7 months old, and me holding my 7-month-old son. I wish Dad could have lived to meet my boy.” 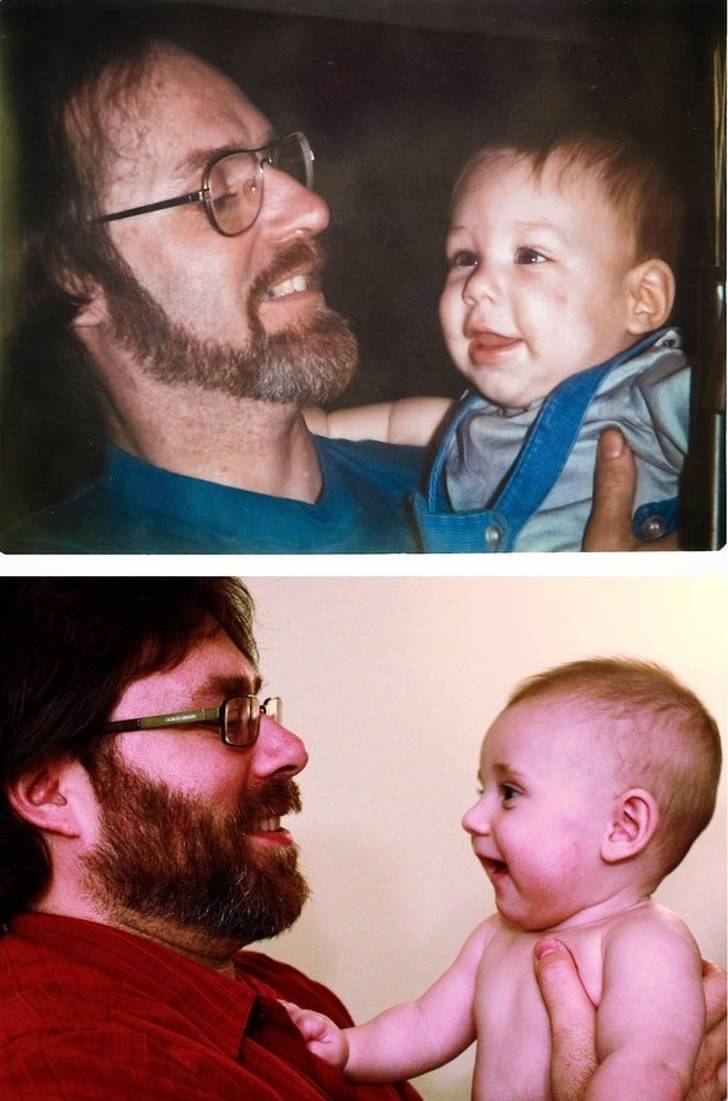 Sure, the hair colors are a little off...but this is unreal. 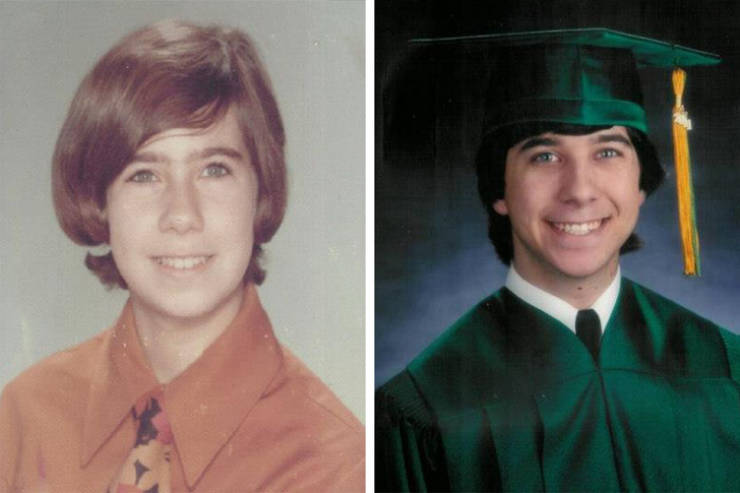 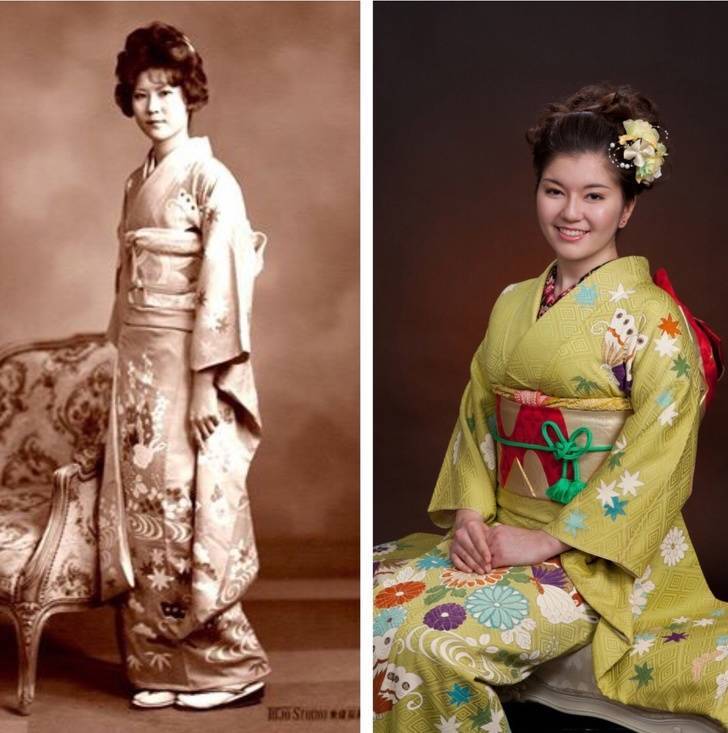 “I’d planned this photo years ago as long as I had a son and was still in the military. My dad and I, and my son and I.” 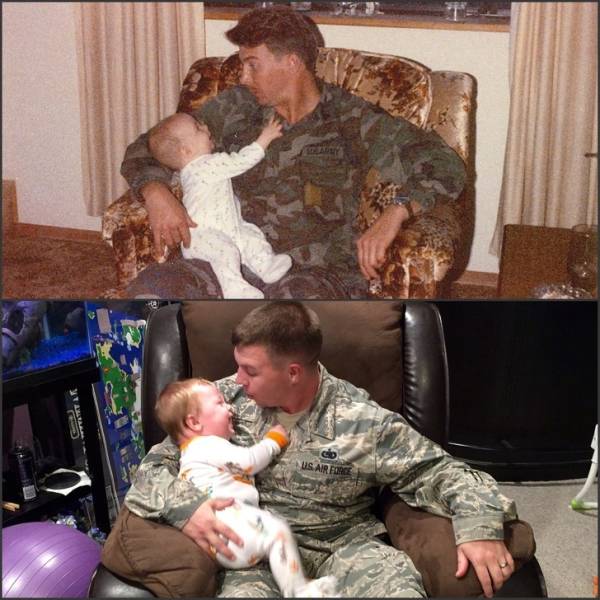 This father and son look so much alike, it’s unbelievable! 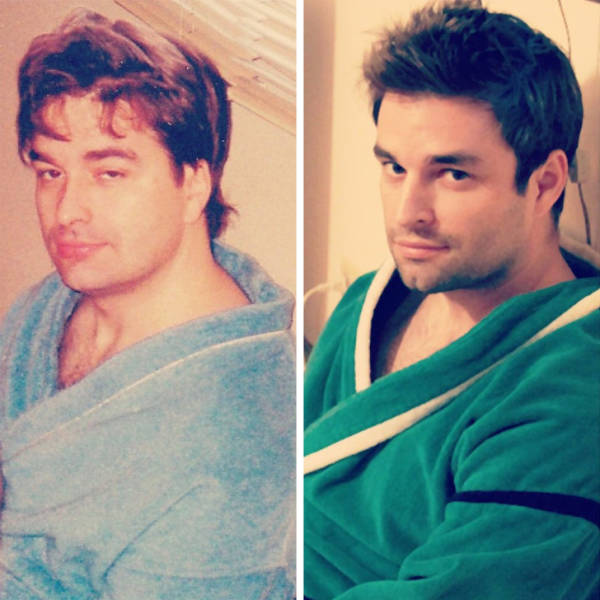 She got it from her mama. 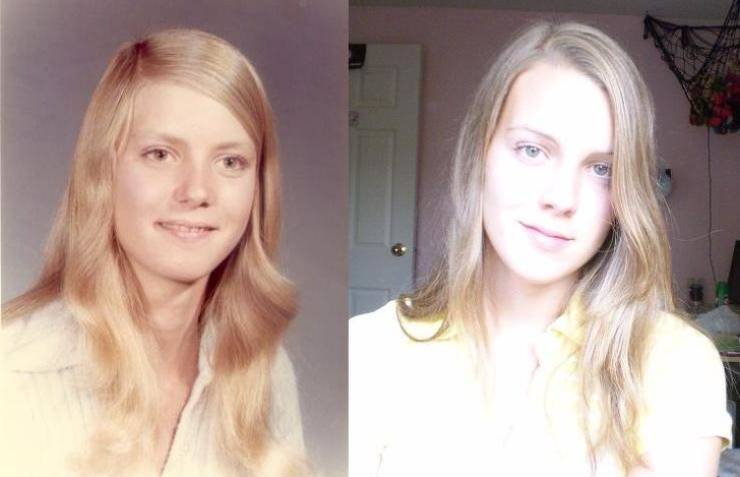