Looks Like Wasps Are Preparing To Conquer Alabama (13 pics) 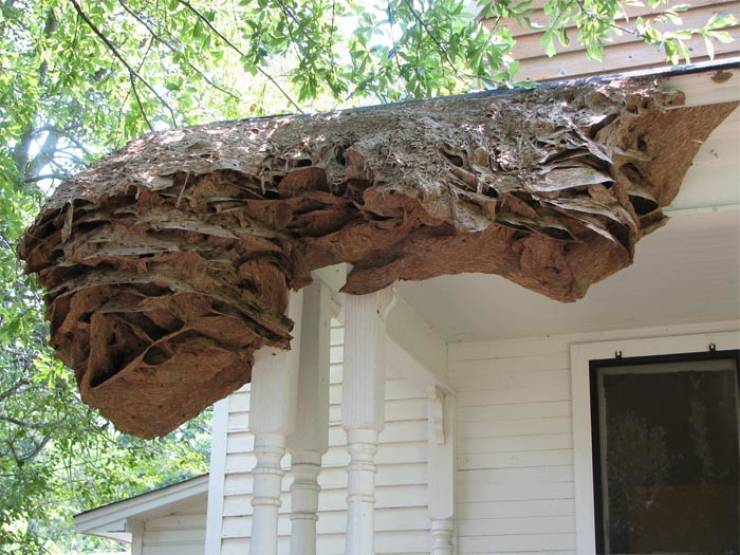 The Alabama Cooperative Extension System warned of nests the size of a Volkswagen Beetle, with up to 15,000 wasps buzzing inside ― about four times the size of a normal nest. This isn’t the first time Alabama is becoming a set for a horror film. In 2006, experts located 90 perennial nests in the state, and entomologist Charles Ray said something like this can happen again in 2019.

Yellow jacket nest on a house 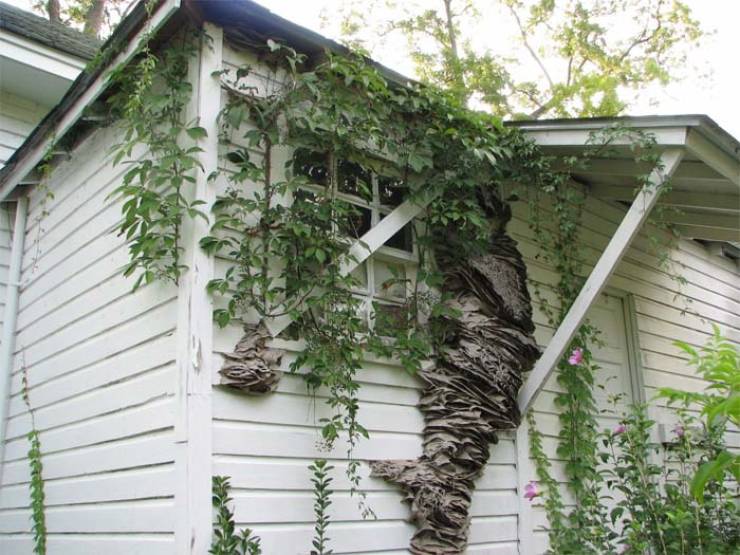 According to Mr. Ray, a warm winter is one of the factors that allow wasps to form these nests.  Most yellow jackets don’t survive the cold months because they freeze or starve to death.

“The queens are the only ones who have an antifreeze compound in their blood,” Mr. Ray said. “So normally, a surviving queen will have to start a colony from scratch in the spring. With our climate becoming warmer, there might be multiple surviving queens producing more than 20,000 eggs each.” The picture gets even darker when you consider that yellow jackets are responsible for almost all of the stinging deaths in the United States. Unlike honey bees, yellow jackets can sting repeatedly and tend to attack in large numbers. 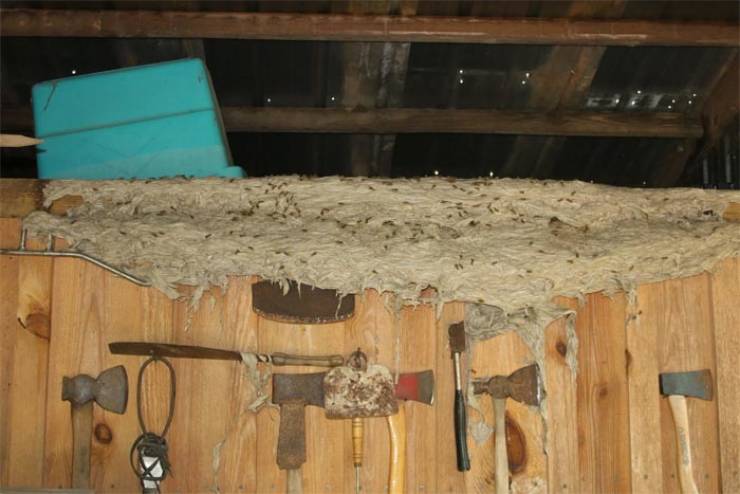 Mr. Ray thinks that Alabama may see a lot of these nests this year.

“We confirmed two nests in May and have indications of a third,” he said. “This puts us several weeks earlier than in 2006 when we identified the first giant nest on June 13.”

“If we are seeing them a month sooner than we did in 2006, I am very concerned that there will be a large number of them in the state. The nests I have seen this year already have more than 10,000 workers and are expanding rapidly.” 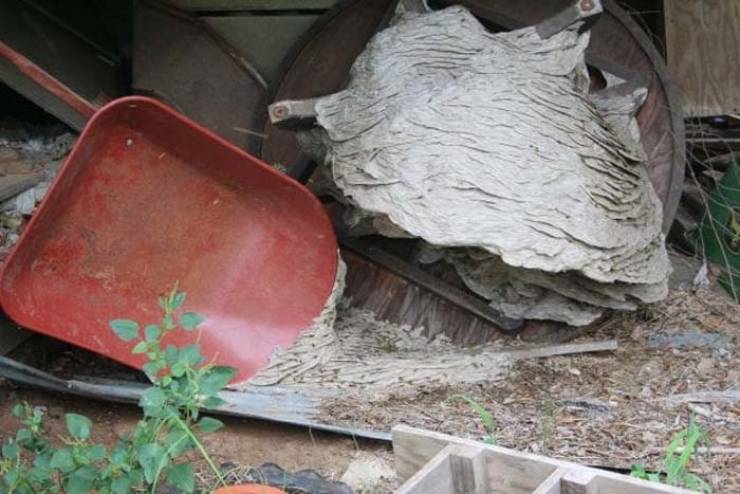 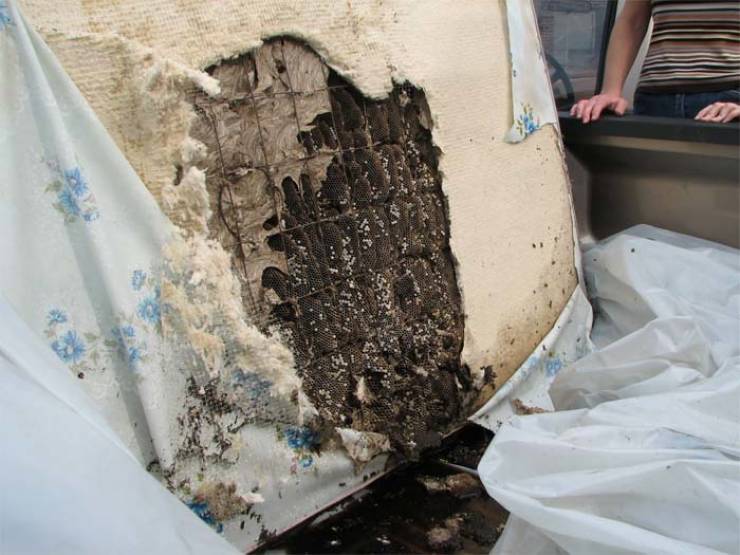 “These perennial nests may be several feet wide and have many thousands of workers, far more than an average nest,” Mr. Ray said. “We have found them attached to home exteriors and other places you might not expect to find yellow jackets.”

However, some time ago, one nest in South Carolina was confirmed to have more 250,000 workers. 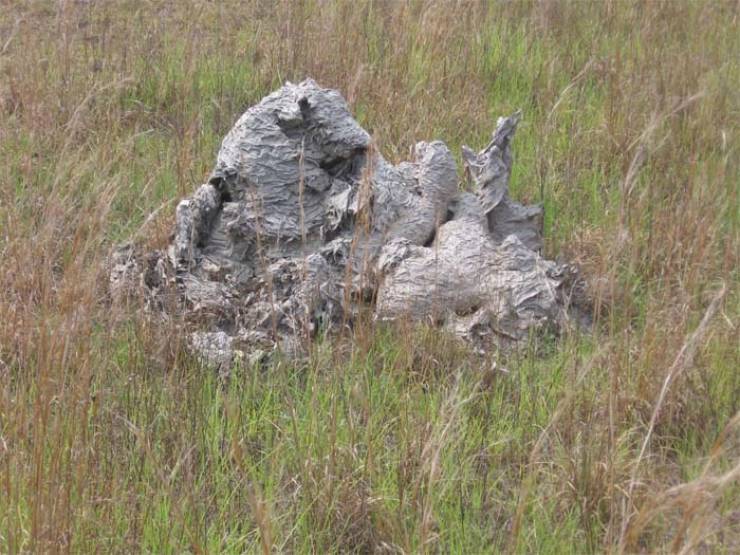 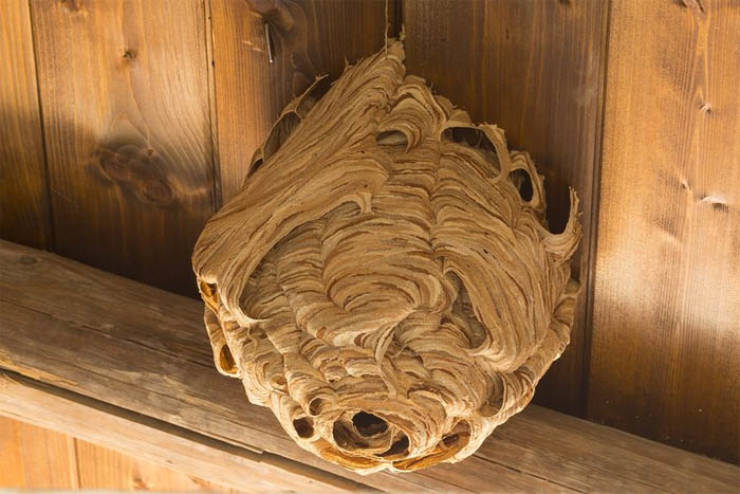 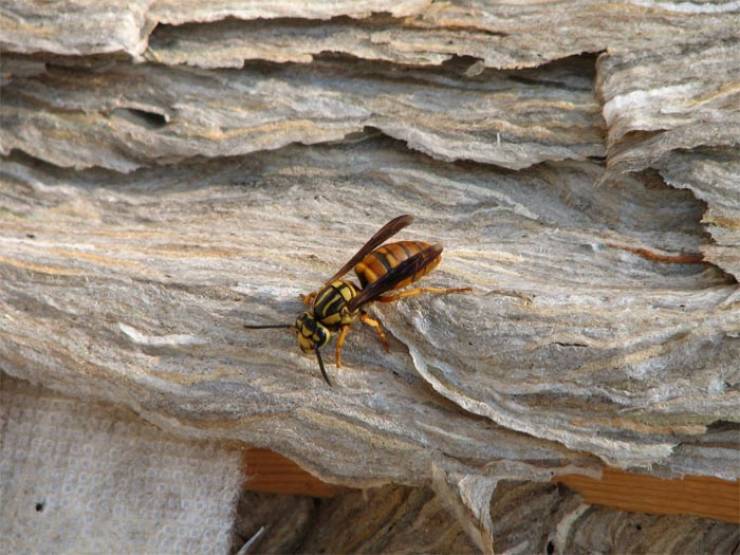 Yellow jacket stinger in its sheath in the scanning electron microscope 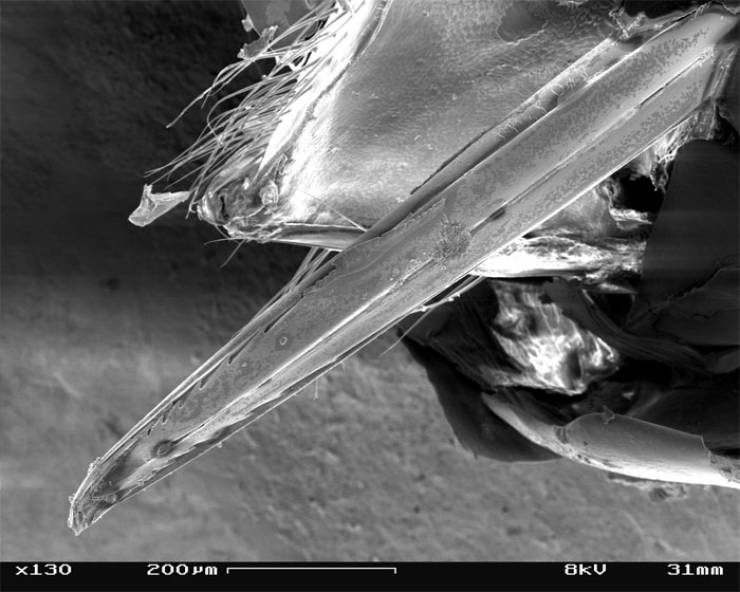 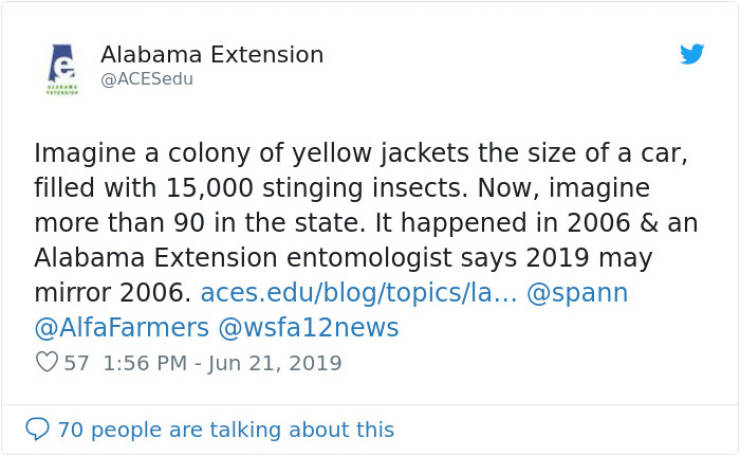 Scarlett Johansson 11 month s ago
Flamethrowers for EVERYONE!