Actors Who Hid Behind The Masks Of Marvel Supervillains (18 pics) 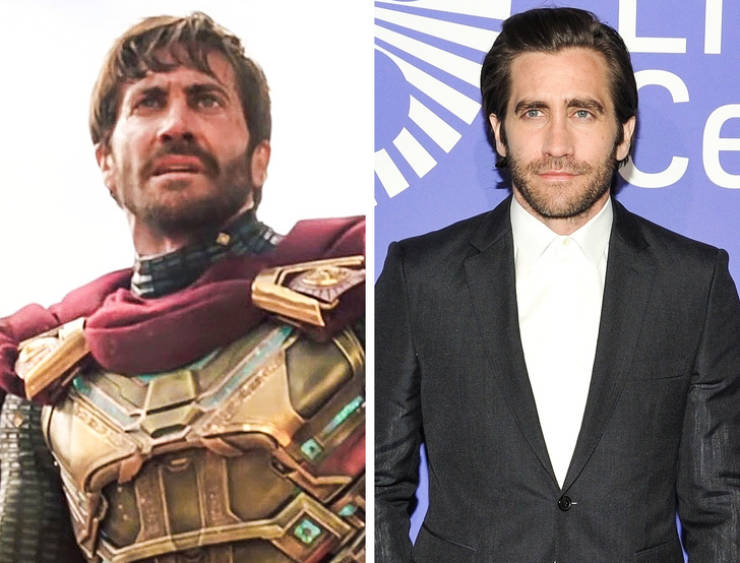 Mysterio is considered to be one of the key enemies of Spider-Man. One of the most recognizable details of Mysterio’s image is his round helmet which is made of glass. In the movie, Jake Gyllenhaal is going to play the role of the villain and judging by the trailer, he won’t be wearing the helmet. Aside from the scene where he fights against Hydro-Man in the green smoke. 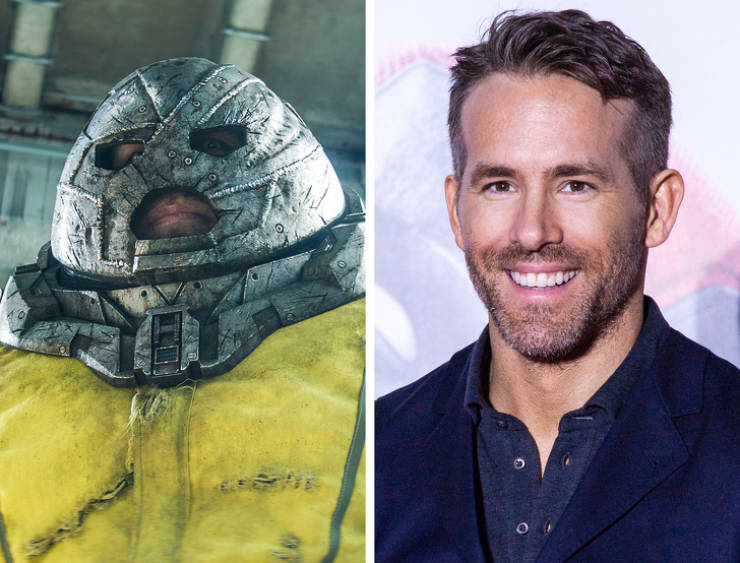 Few people know that Ryan Reynolds not only played the role of Deadpool, but also the main villain Juggernaut who appeared in the second part of the franchise about the crazy superhero. The giant was made on a computer, but the mimics and the gestures belong to Ryan Reynolds. 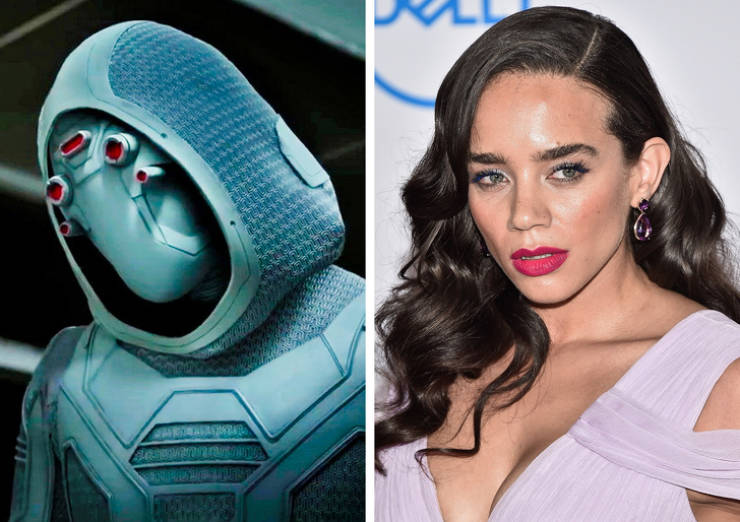 British actress Hannah John-Kamen played the Ghost — the main enemy of Ant-Man and Wasp in the last film. Hannah seemed to be a very charismatic actress after this film. 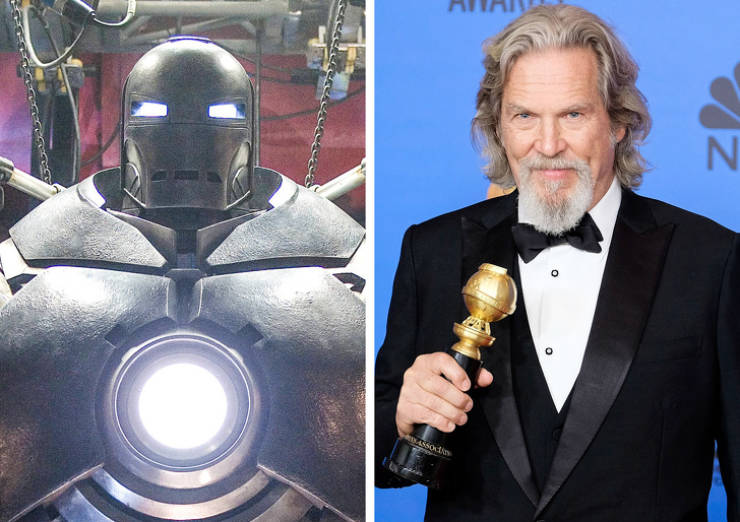 The real name of this supervillain is Obadiah Stane and he first appeared in Iron Man. If you remember, he was the one who paid for Tony Starks’ kidnapping and then he tried to kill Pepper Potts. Jeff Bridges played Iron Monger. You probably know this actor from many movies, especially his lead role in The Big Lebowski. 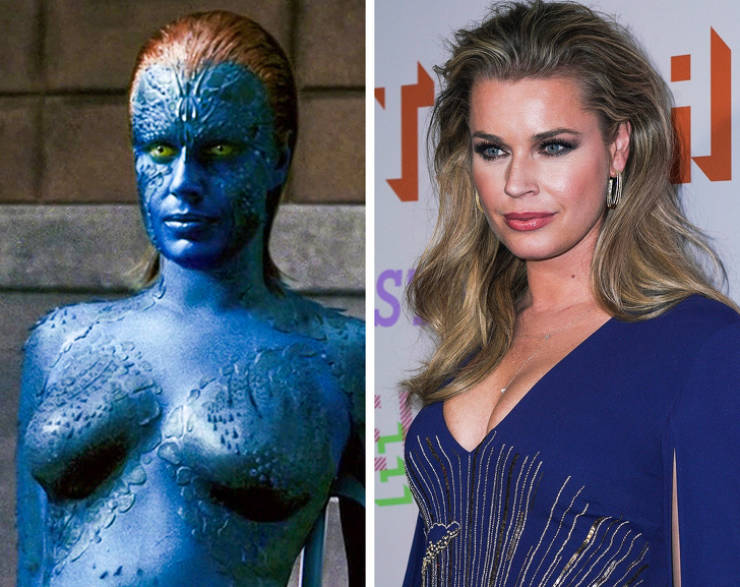 This transforming woman-mutant who has yellow eyes and blue skin first appeared in the first 3 X-Men movies. Her role was played by American actress and model Rebecca Romijn. By the way, during the shooting process, the actress had to be completely naked with small pieces of fabric in the most intimate places. Doing the make-up for Rebecca took 8-9 hours because it was incredibly complicated.

Mystique also appeared in the films X-Men: First Class, X-Men: Days of Future Past, and X-Men: Apocalypse. But this time, Jennifer Lawrence played the role of the supervillain. 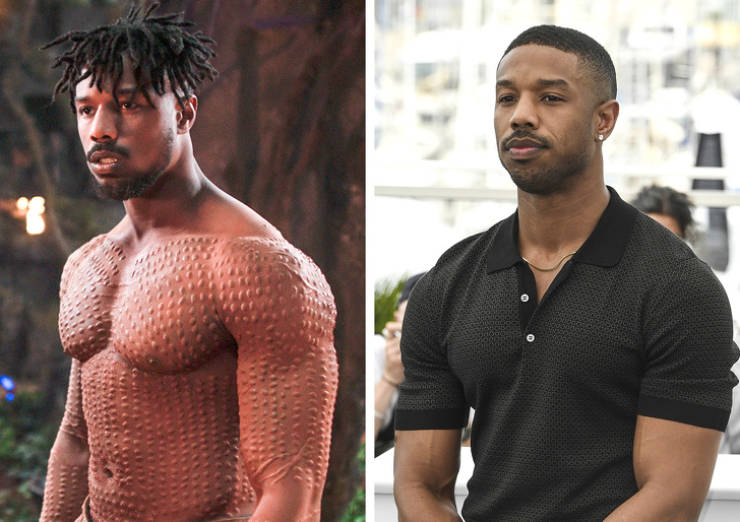 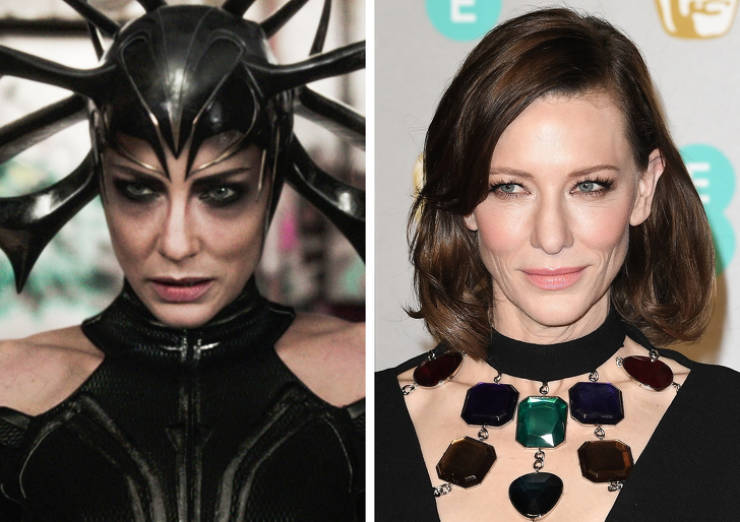 The ruthless villain Hela from Thor: Ragnarok was played by Cate Blanchett. The transformation was so incredible that almost nobody recognized her in this makeup. 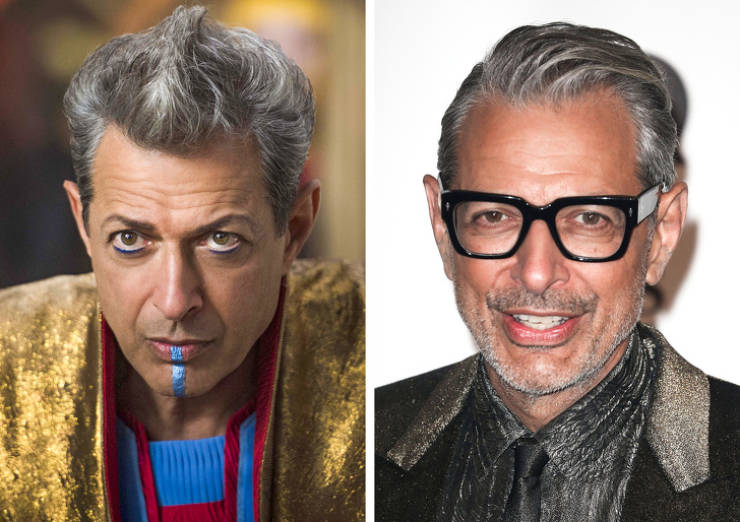 Grandmaster was portrayed by talented actor Jeff Goldblum in Thor: Ragnarok. You might remember him from Jurassic Park. 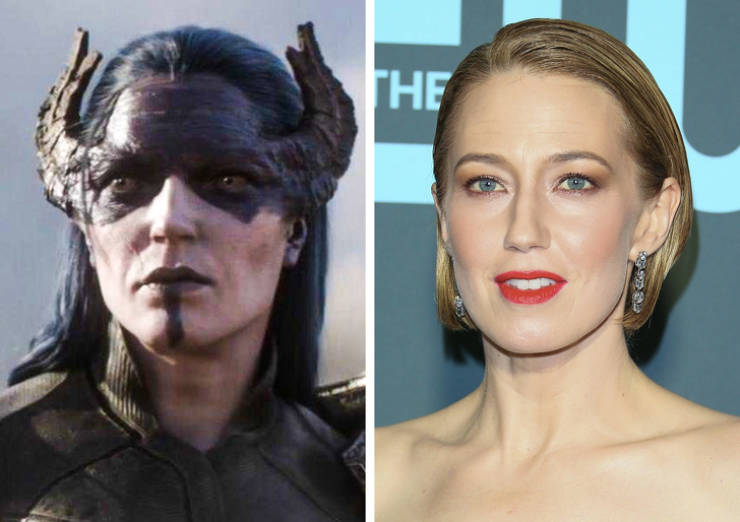 Proxima first appeared in the Marvel Universe in the film Avengers: Infinity War. She was helping Thanos find the Infinity Stones. The role of the supervillain was played by American actress Carrie Coon. Before that, she worked in the theater and had a part in Leftovers and the 3rd season of Fargo. In order to create her image, the producers didn’t use makeup, but instead used motion capture technology. 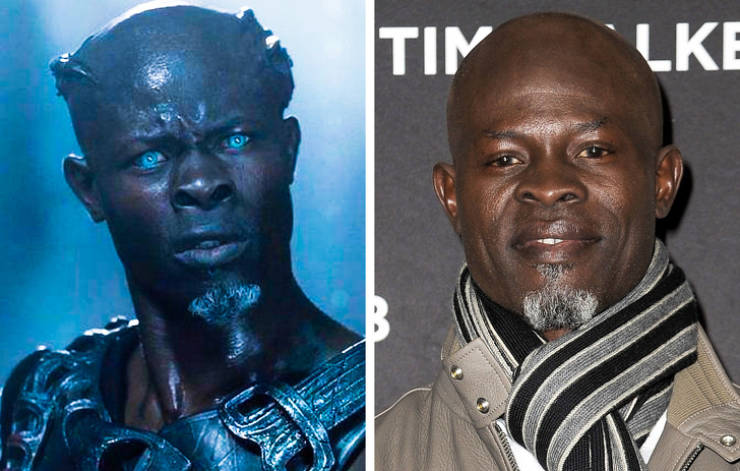 Ronan the Accuser’s follower, Korath, first appears on the screen in Guardians of the Galaxy. His role is played by American actor and model, from Benin, Djimon Hounsou. Do you remember him as Solomon Vandy from Blood Diamond with Leonardo Di Caprio? By the way, Hounsou was nominated for an Oscar for that role. And the actor played Horath in the movie Captain Marvel that was recently released. 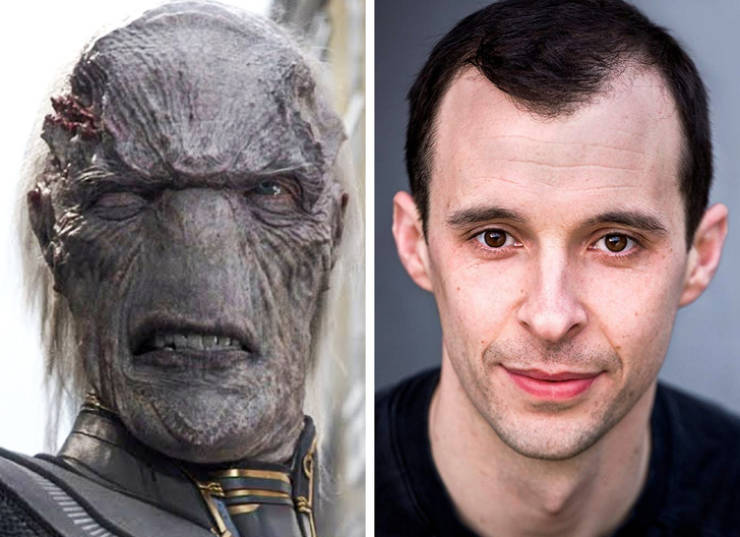 Ebony Maw is one of Thanos’ children who helps Thanos to find the Infinity Stones in Avengers: Infinity War. The role of Ebony is played by Irish actor Tom Vaughan-Lawlor. In order to change his appearance, the artists also didn’t use makeup and the nose, his grey wrinkled skin, and his white hair were added post-production. 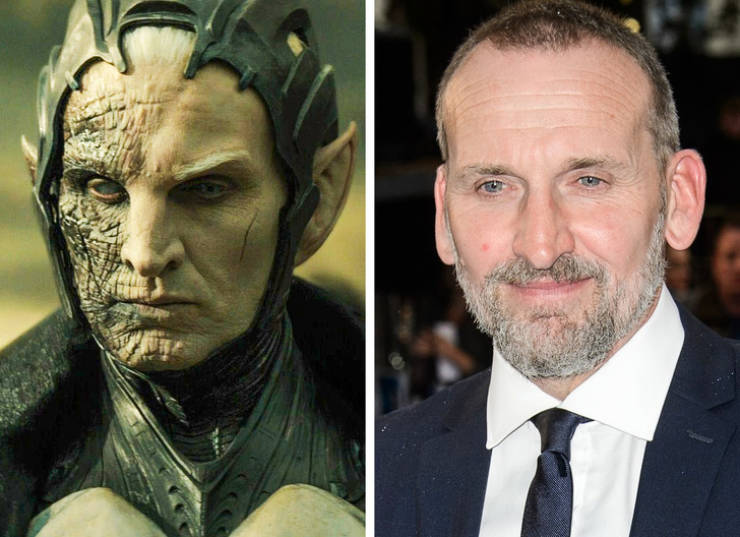 This supervillain who has an inhuman intelligence, power, stamina, and agility first appeared on the screens in Thor: The Dark World. In case you forgot, he was going to return the Universe to its initial state. The role of Malekith was played by English theater, movie, and TV actor Christopher Eccleston. In 2005, he was the 9th doctor in TV series Doctor Who.

Algrim the Strong first appeared in Thor: The Dark World as a close follower of Malekith the Accursed. Later, he turns into the last soldier of the Dark Elves. This villain was played by British actor Adewale Akinnuoye-Agbaje. You might have seen him in The Mummy Returns, The Bourne Identity, and Suicide Squad. 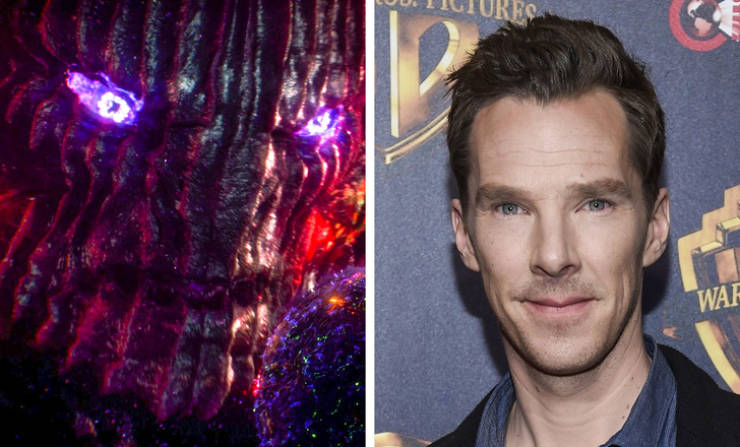 This character, who’s made of pure mystic energy, is one of the most powerful wizards of the Marvel Universe. He is the worst enemy of Doctor Strange and he first appeared on the screen in Doctor Strange. It’s interesting that he was voiced by Benedict Cumberbatch who also played Steven Strange. In order to create this supervillain, the artists used motion capture and Benedict Cumberbatch’s voice was mixed with the voice of a different British actor. 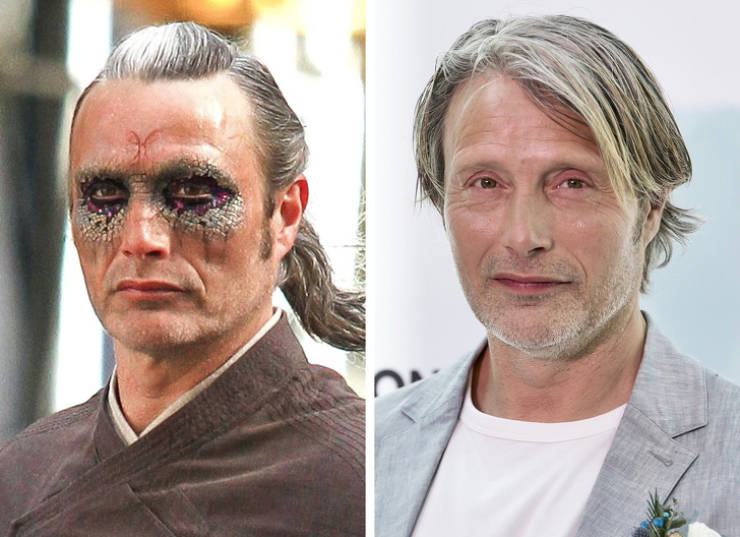 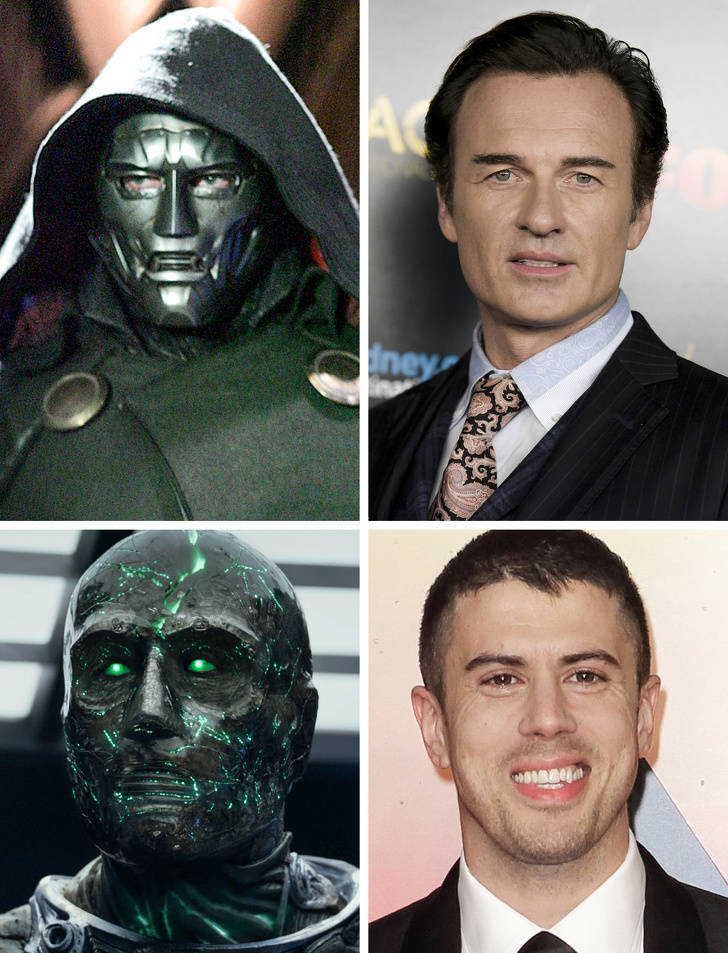 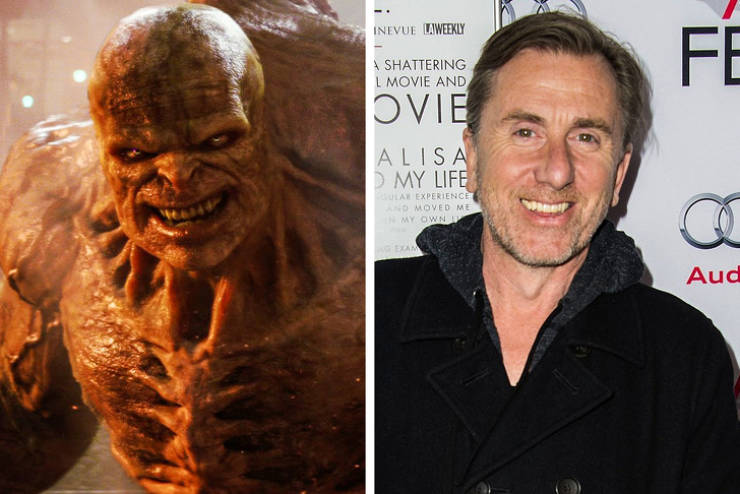 The Abomination is one of the most famous enemies of Hulk. In the films, he first appears in The Incredible Hulk in 2008. He is the main antagonist there. British actor Tim Roth played this role. You might remember him from Quentin Tarantino’s movies and also from The Legend of 1900 and Lie to Me. 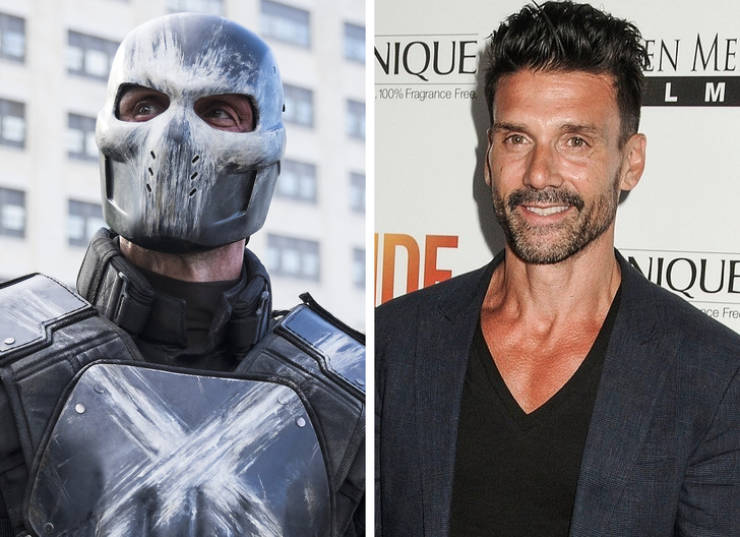 The role of Crossbones in the film Captain America: Civil War, its sequel, and the last Avengers was played by American actor Frank Grillo.

Limited 11 month s ago
The press tour they were trying to show Mysterio to not be a villain. The movie is out but maybe this post is a bit early with this spoiler.
Reply
0