However, a MAJOR SPOILER WARNING! Many of these responses are about the deaths of characters in movies or the tragic storylines they fall into.

When Miguel plays "Remember Me" for Mama Coco in Coco. 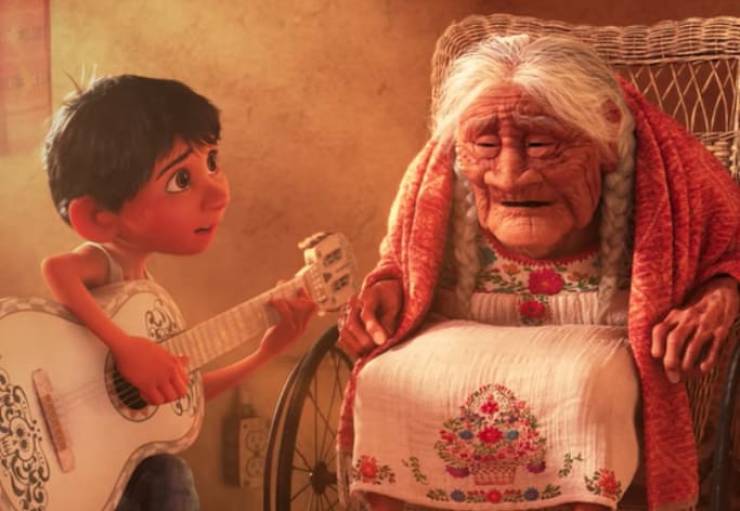 "The ending of Coco, when Mama Coco recognizes the song that Miguel is singing despite her dementia because her father used to play it when she was a kid. Wow okay, I'm getting emotional just thinking about it."

The final scene in Gladiator

"The whole last five minutes of Gladiator: "I will see you again my friend, but not yet... not yet."

When Solomon is released and sees his grown up family for the first time in 12 Years A Slave.

"12 Years A Slave, seeing his grown children after he escapes back to the north. Seeing his granddaughter brought me to tears like a blubbering idiot."

Yondu's funeral in Guardians of the Galaxy 2.

"I don't do crying, especially movies. They're not real people. But when the Ravagers showed up for Yondu's funeral, someone was cutting a helluva lot of onions in the theatre..."

When Truman says goodbye on The Truman Show. 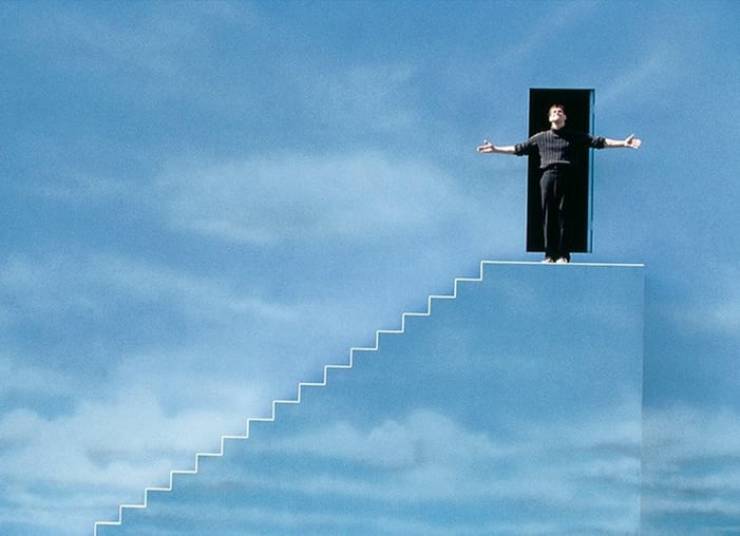 "Final scene in The Truman Show where he turns to the camera and says, 'In case I don't see ya! Good afternoon, good evening and goodnight.'"

"GOOD. WILL. HUNTING. I feel like this movie has lost its hype but re-watching it last week and seeing Robin Williams breaking Matt Damon down into tears is just such a powerful scene. 10/10 movie would and will watch again."

The beginning of Up. 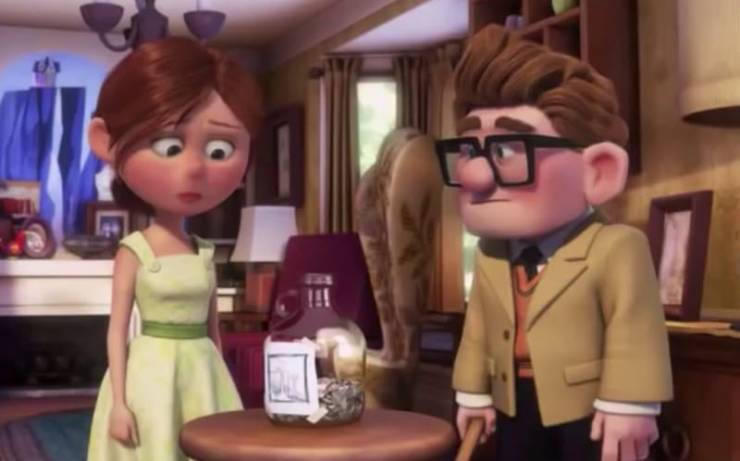 "My grandmother had just passed away after an emotional week of ups and downs in the hospital. My wife and I decided to go to the movies just to take our minds off from recent events. Up was the movie we went to see. Other than the not having kids part, it was like watching my grandparents on screen. I doubt there will ever be a scene in a movie that will hit me harder than that."

"The execution scene from The Green Mile, Michael Duncan Clarke was the first actor that ever made me cry."

When Joseph Gordon-Levitt's character is about to go into surgery in 50/50. 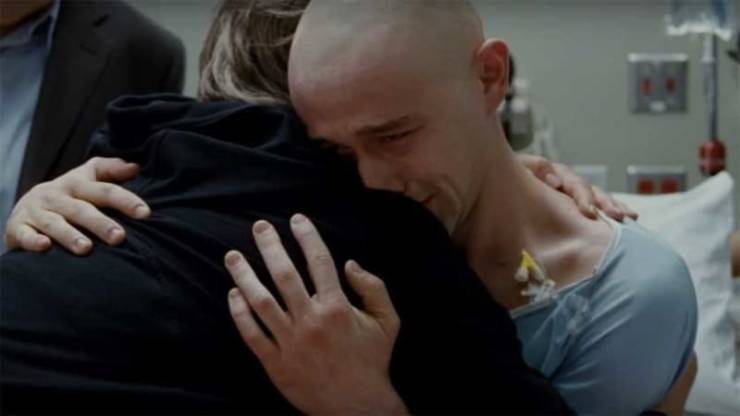 "50/50 going into surgery. This movie is so looked-over, but it's honestly probably the best performances of Joseph Gordon-Levitt and Seth Rogen." 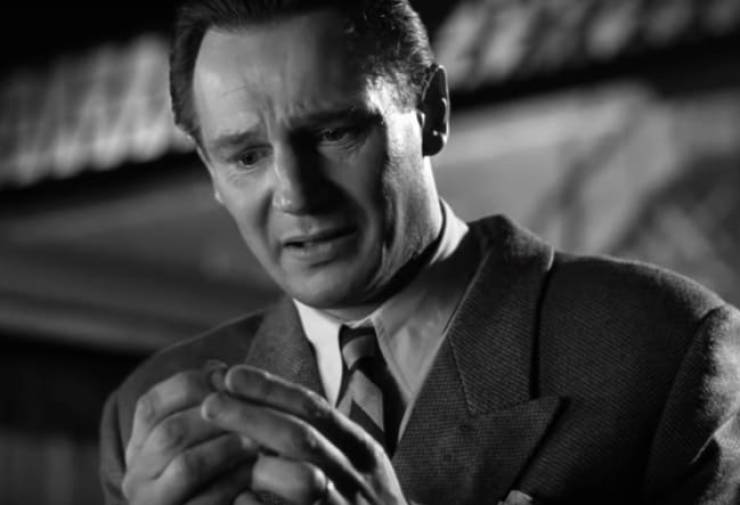 "At the end of Schindler's List, when he's looking at his few possessions left, and thinks of how many more people he could have saved if he sold the car, or whatever."

"Toy Story 3 when the gang accepts their presumed fate in the incinerator and all reach out for one another, the worst being when Woody finally gives in and takes Buzz's hand. I always thought this part hit harder than Andy leaving after giving the toys to Bonnie, that always felt more bittersweet than anything." 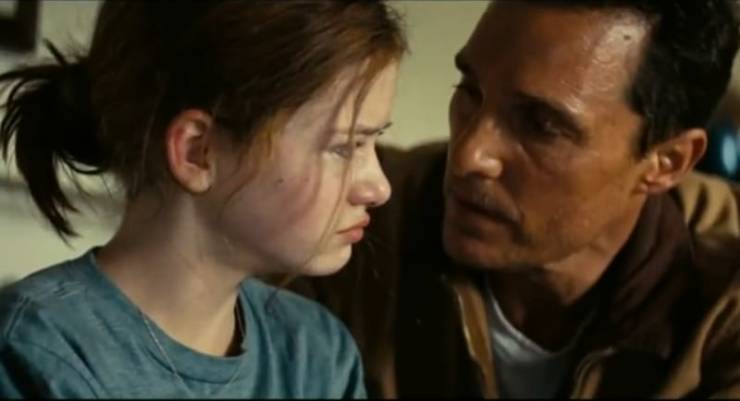 "Interstellar when he watches the videos of his kids aging 25 years in front of his eyes."

When Littlefoot's mom dies in The Land Before Time.

Bing Bong's death in Inside Out.

"I watched that when I was 38 years old, and I cried like a little girl with a skinned knee. Like straight up ugly-face, snot-bubble, breath-hitching sobbed.

The lady I was seeing at the time not only didn't cry, but didn't understand why I did. I'm not saying that's the reason we're not together, but I'm not denying that it was a factor."

When Joel and Clementine run away on the beach in Eternal Sunshine of the Spotless Mind.
17

"The beach running scene from Eternal Sunshine of the Spotless Mind. After what that movie put me through, I just lost it then."

When Molly says goodbye to Sam in Ghost.

"At the end of Ghost, as I was wiping away tears, I saw my-brother-in-law hand my husband a dollar bill. 'Told you she would be in tears by the end.'"

When Chris got the job in The Pursuit of Happyness.

"The ending of The Pursuit of Happyness got me. When he got the job, I had held it together up until then but I just let it out. It just resonated so much with me because my parents really struggled as immigrants and worked very hard to give my siblings and me a better life. Great movie." 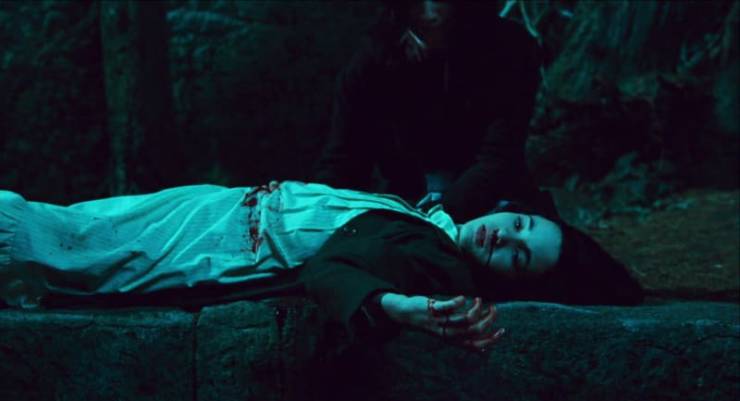 "The ending of Pan's Labyrinth made me ugly cry for about an hour. Then I was irrationally angry at Guillermo del Toro for years after. He wrote and directed it and it destroyed me. Damn it, I'm starting to cry just thinking about it."

The old couple in Titanic.

"That scene in Titanic where the old couple is lying on their bed holding each other, they’ve lived a long life and have accepted that it’s now the end. Idk it gets me every time."

The surprise death in Bridge to Terabithia. 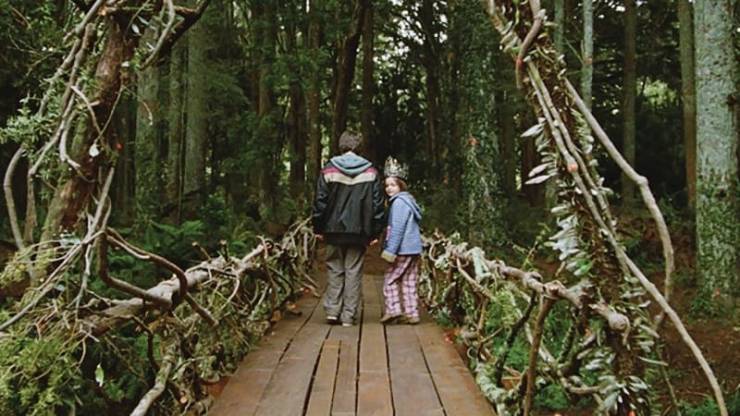 "Never read the book as a kid, but Mom's a retired elementary school teacher. She pitched it as 'a cute children's story about a couple of kids and the imaginary land they created. You'll love it, you're into that fantasy stuff.'

And then the little girl died."

The Saving Private Ryan scene filmed in the Normandy American Cemetery and Memorial. 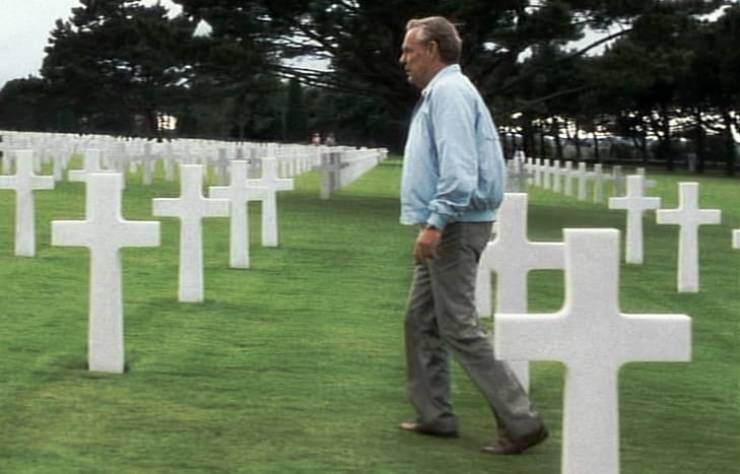 "This line from the very end of Saving Private Ryan during the 'present day' scene ruins me every time: 'Tell me I have led a good life, tell me I am a good man.'"

When Sigur Rós begins to play in The Life Aquatic.

"When Steve decides not to kill the shark and thinks about Ned from The Life Aquatic. Goddamn Sigur Rós playing me like a fiddle."

"In Babe when Farmer Hoggett and Babe finish the sheep dog obstacle course, there's dead silence, then the audience erupts into applause."

The final moments of Shawshank Redemption. 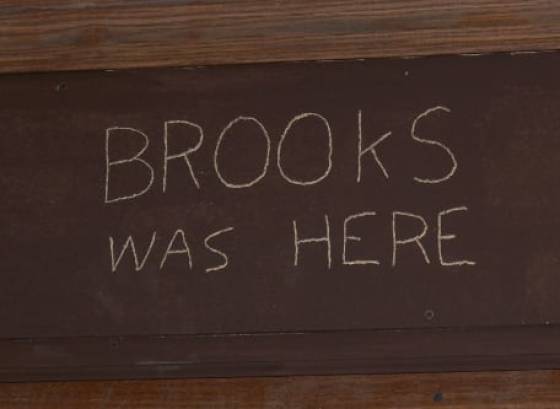 "'Brooks was here' in Shawshank. My eyes well up if I hear that piano theme. That poor fella didn’t really have a chance."

"'Proof that Tony Stark has a heart' was the part that really struck me emotionally. Such beautiful character development right up to saving the whole universe."

Thomas J.'s funeral in My Girl. 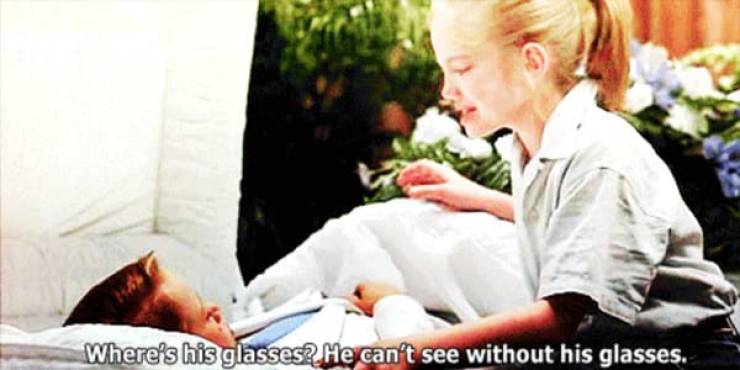 "The funeral scene from My Girl. Doesnt matter what part of the movie I walk in on, it'll always make me start bawling."

The ending of La La Land. 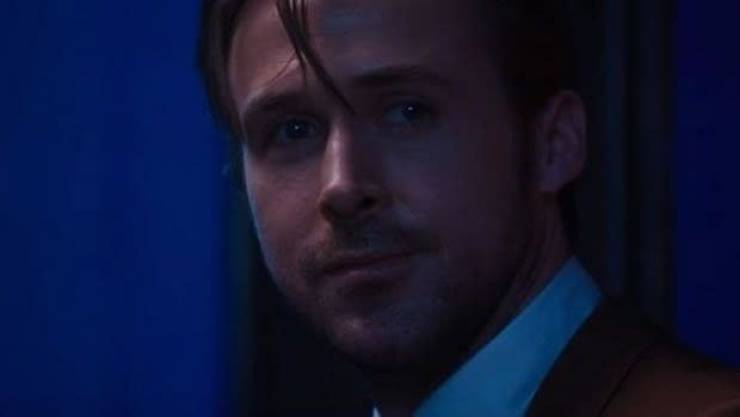 "The end of Furious 7, where Dom and Brian ride together one last time, each in the cars they drove in the first movie."

Delight 10 month s ago
I can handle them all, just please don't let the dog die. Somehow that gets me. Every Time.
Reply
-1

Boston 10 month s ago
Setsuko's death in Grave of the Fireflies.
Reply