If Zodiac Signs Were Southern (14 pics) 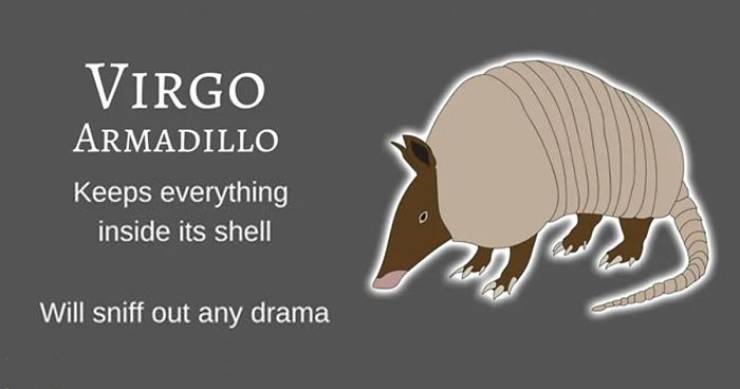 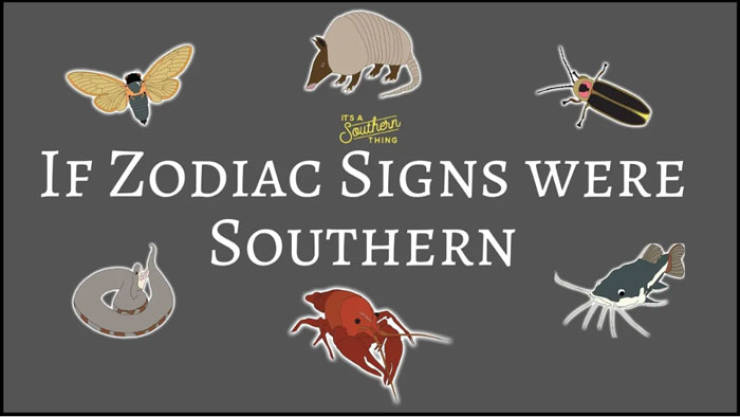 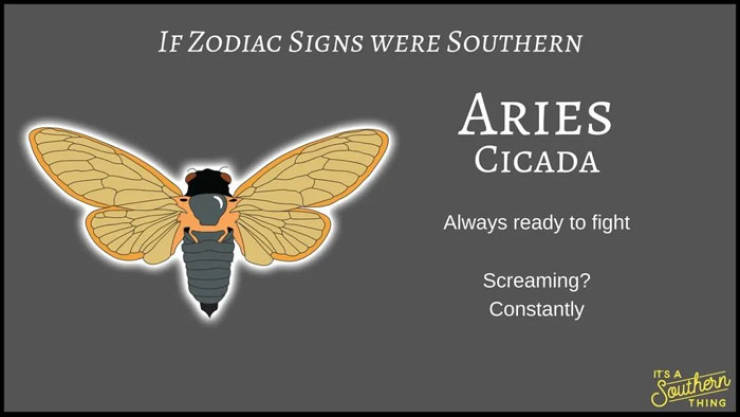 “It’s tough to describe what a ‘typical’ Southern person is because we’re such a diverse place,” Dial, a social media specialist with Red Clay Media’s brand, “It’s a Southern Thing,” told Bored Panda. “The old stereotypes about Southerners couldn’t be further from the truth. We don’t all look the same and (believe it or not) we don’t all talk the same, either. But one thing that brings us together is respect. Manners are an important part of Southern culture and we’re taught at an early age to show kindness to everyone. We also all suffer through the same miserable and humid summers.” 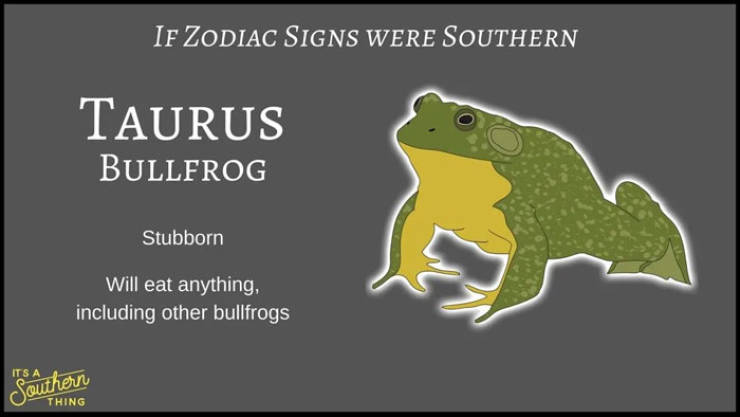 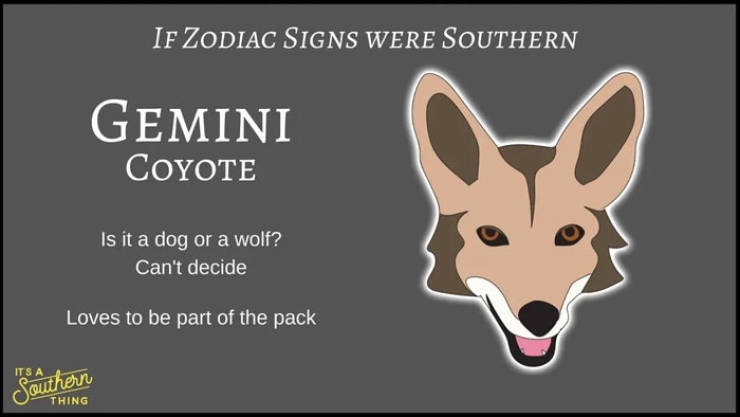 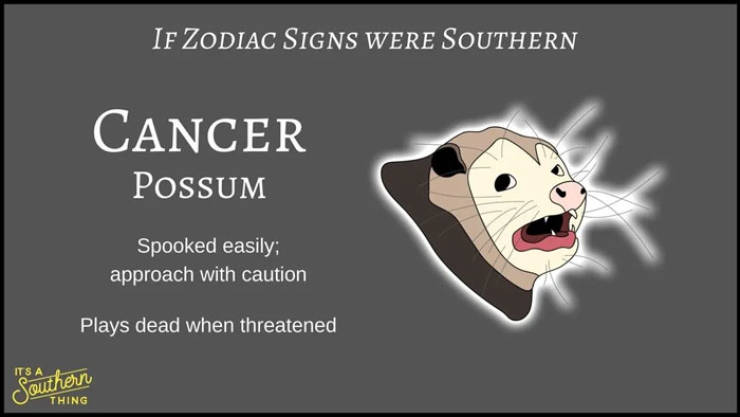 You could say Liz has been developing this project for a while now. “I’ve always thought that the “The signs as ___” are so funny, especially when someone has assigned random objects to the zodiac but they still somehow make sense and ring true for the signs. That’s what we were trying to do with this series. We made it relatable to our audience of mostly Southerners but also had it line up with the signs for astrology fans. We didn’t want it to be completely random, so the animals actually do have traits that are stereotypical for the signs.” 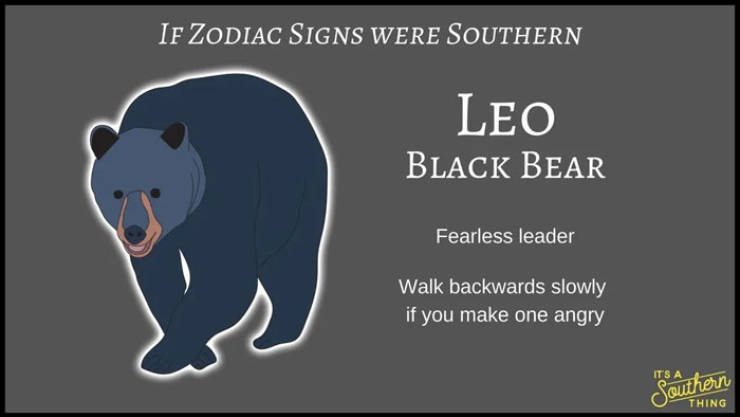 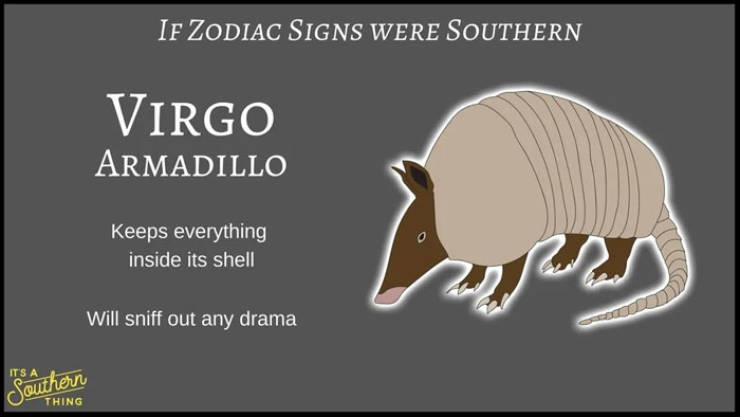 Liz said that astrology for Southerners themselves is like a fun personality quiz. “Some people take it more seriously than others, but it’s an interesting way to look at yourself and the people in your life and everyone’s different responses to situations. It is interesting that so many people responded to the series with comments like ‘this is so true!’ and ‘haha so me!’. That made us feel like we had done it right.” 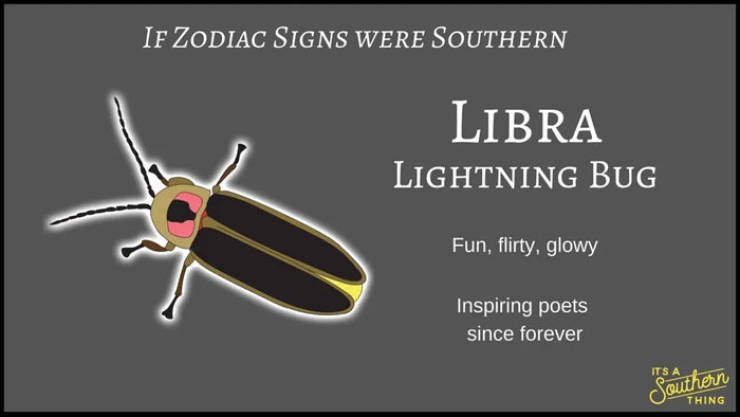 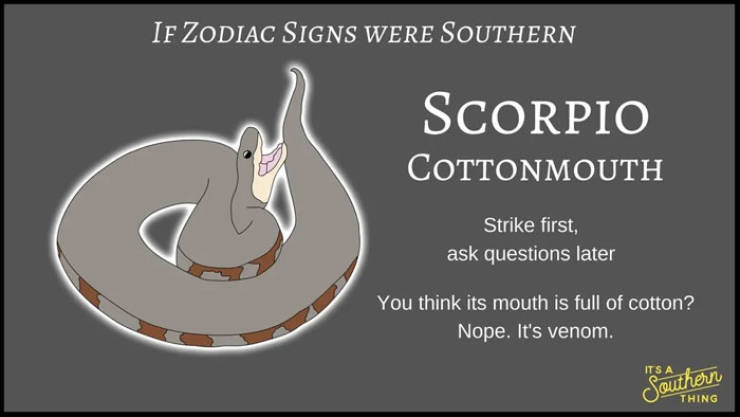 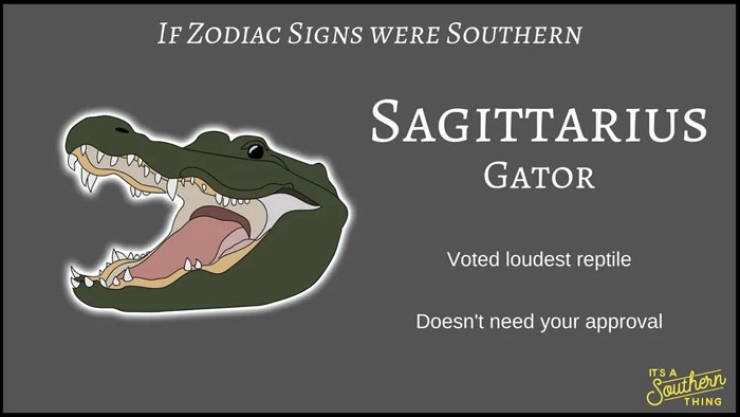 The “us” that Liz is referring to is “It’s a Southern Thing.” “[We’re] a lifestyle and culture brand that does exactly what Southerners do best – tell stories. We talk about what it’s like to live in the South, the places we visit, the food we eat, and the music we listen to. We have a little something for everyone, and at the end of the day, we hope it makes them proud to call the South their home.” 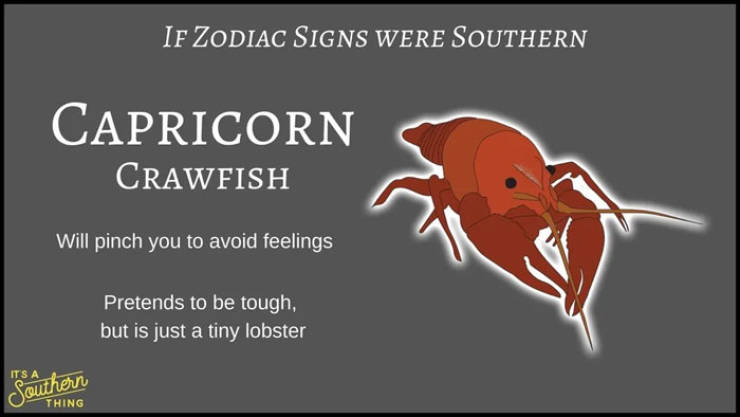 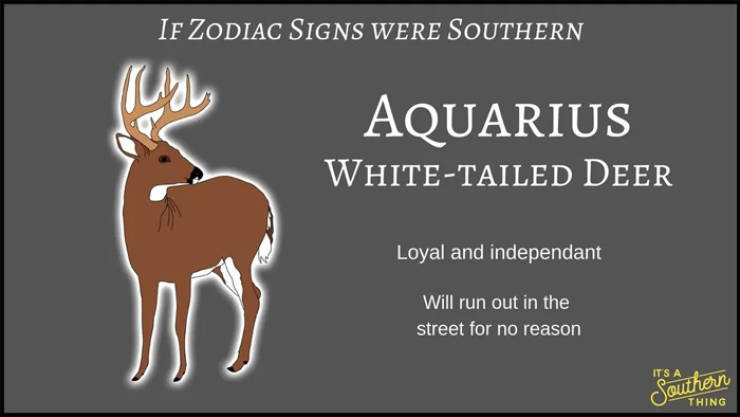 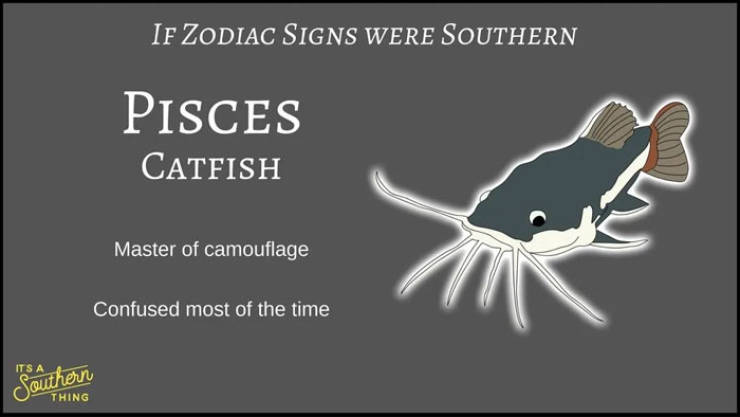