He isn’t a stranger to life’s struggles

Keanu’s father was a drug addict who walked out when he was only 3 years of age. In 1991, his sister was diagnosed with leukemia. In 1993, he lost his best friend River Phoenix to a drug overdose outside of a club in LA.

At the height of his fame in 1999, his girlfriend at the time, Jennifer Syme, gave birth to a still-born daughter after 8 months of pregnancy. Just over a year and a half later, Jennifer was killed in a car wreck. Despite the heartache he’s encountered in life, he’s remained both optimistic and humble. 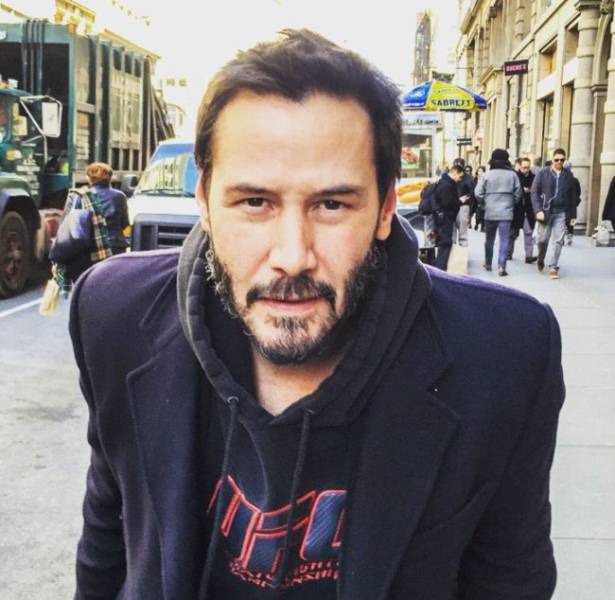 His net worth is $360 million, but you wouldn’t know that

Despite his immensely successful career, Keanu is an extraordinarily humble guy. He still rides the subway from time to time, isn’t photographed in overly-expensive clothes and he resides in a two-bedroom house. While he does own nice things such as high-end cars and motorcycles, he’s quoted in Hello! Magazine as saying “Money is the last thing I think about.” 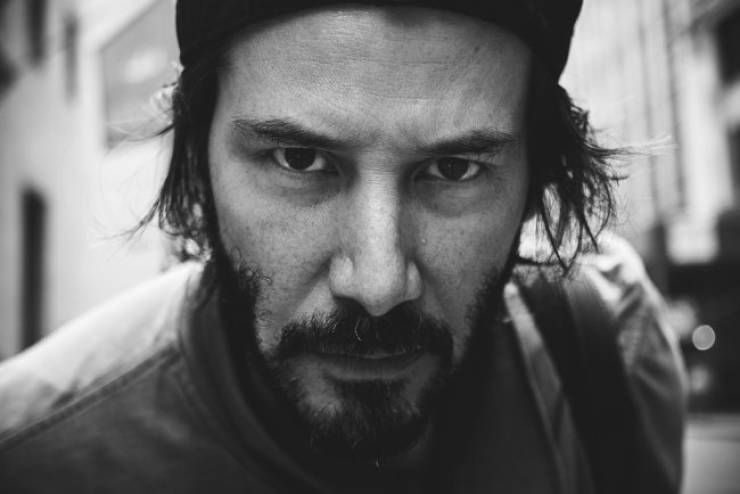 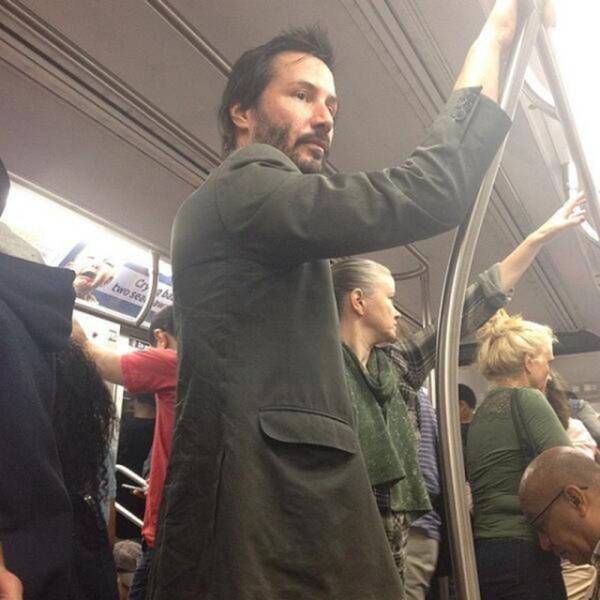 His level of generosity is astounding

The highly successful Matrix Trilogy grossed nearly $1.2 billion, meaning Keanu obviously walked away with quite the paycheck. How did he spend it? He returned nearly $75 million to the SFX artists and costume designers. He also bought brand new motorcycles for his entire stunt team.

His altruism on the set of The Matrix didn’t stop there, however. According to a MoviePilot article: “A family friend builds movie sets, doesn’t design, is one of the poor dudes that just builds. Anyways he worked on the set for the Matrix and Keanu heard about family trouble he was having and gave him a $20,000 Christmas bonus to help him out. He also was one of the only people on the set that genuinely wanted to know people’s names, would say hello and mean it, and would talk to people as they were his peers and not below him just because they were practically making nothing to build a set. I’ve never heard anyone say Keanu is douche, seems like the nicest person in Hollywood from second-hand experience.”

Despite being one of the most sought-after actors in the late 90s and early 2000s, Keanu happily took pay cuts in order for films to be able to be made. Movies such as The Devil’s Advocate and The Replacements went through budgeting issues thanks to the big money that Al Pacino and Gene Hackman commanded. Keanu was reportedly more than happy to take a pay cut in order to allow the films to be shot. 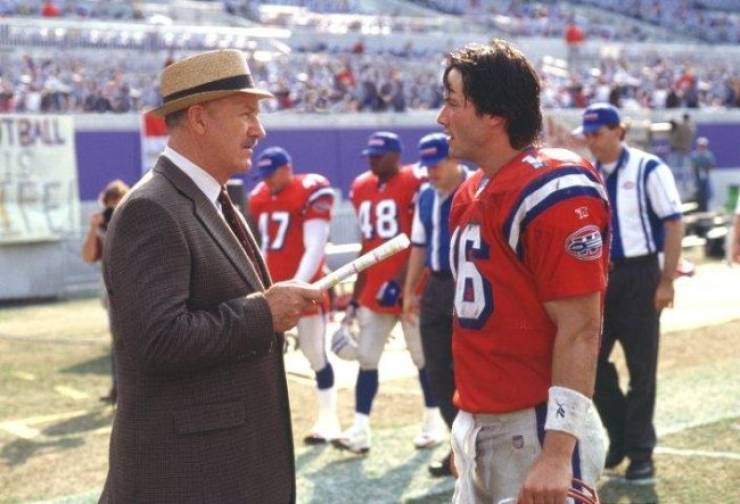 He invests himself heavily in his art form

When it comes to preparing for a role, Keanu takes it very seriously. Take The John Wick series for example. When it came time for him to get ready for this movie, he took zero breaks. There was no easy way. He spent 10 weeks training 4-5 times a week with gun and shooting experts, perfecting the art so he could properly portray his character.

He learned every trick he could in order to improve his quick draw and gun handling skills. He also refamiliarized himself with car stunts and hand-to-hand combat. J.J Perry, a stunt coordinator for the film said of Keanu: “I’ve been doing this for a long time and Keanu is one of the hardest-working guys I’ve ever worked with.”

He was involved in a beer hockey league for years, even after he became famous

Even when he was an A-Lister, Keanu would regularly attend local hockey games with old friends. “For a long time in Los Angeles when I first moved there, when I was 20 years old, it was such a new world and so I saw some guys at a gas station once who had hockey equipment in their car, and I asked them what they were doing, and they said they were playing street hockey, so I asked them if I could play.

So I became involved in a street hockey game that took place every weekend for over 10 years, every weekend, red versus black. We would take holidays off and sometimes summers, but the game was going on for over 10 years. That was cool to be a part of. It was a cool thing to have happen. Made some friends.” 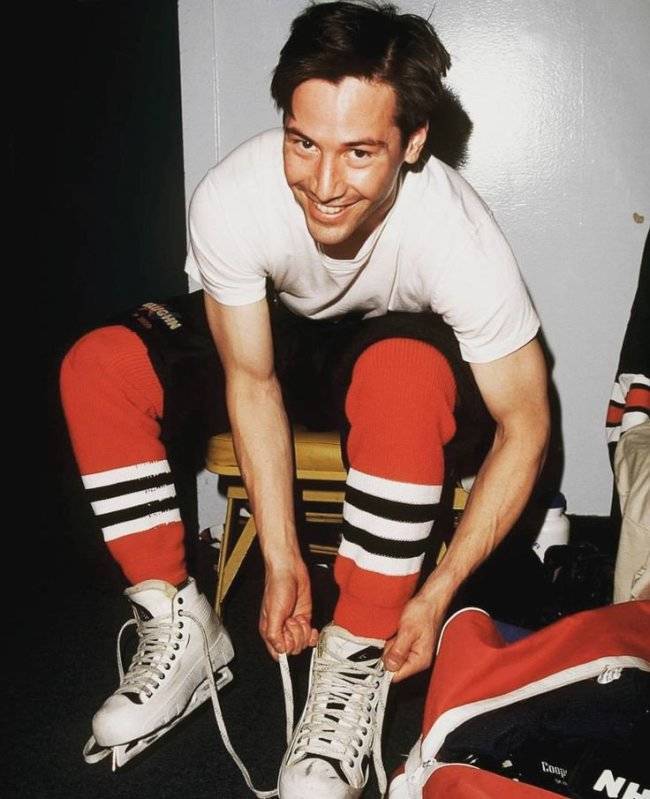 He’s beyond benevolent with fans

A quick Google search will show you — Keanu is extremely patient with fans. Whether he’s signing autographs, taking photos or crashing weddings, there are a plethora of photos depicting Keanu making time to go above and beyond for complete strangers. 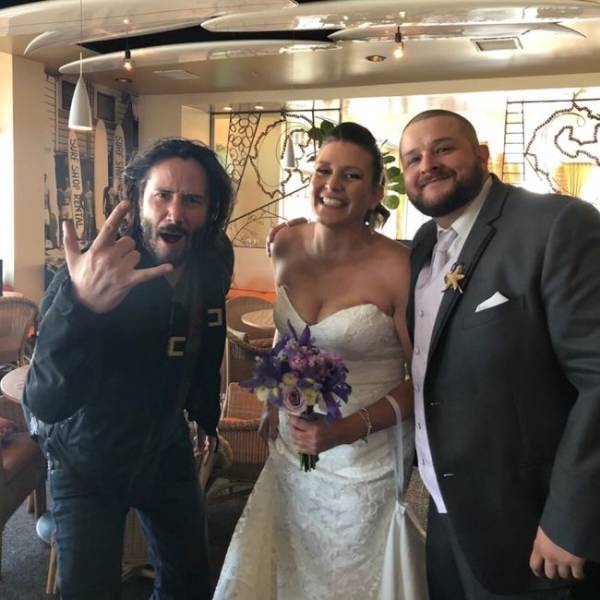 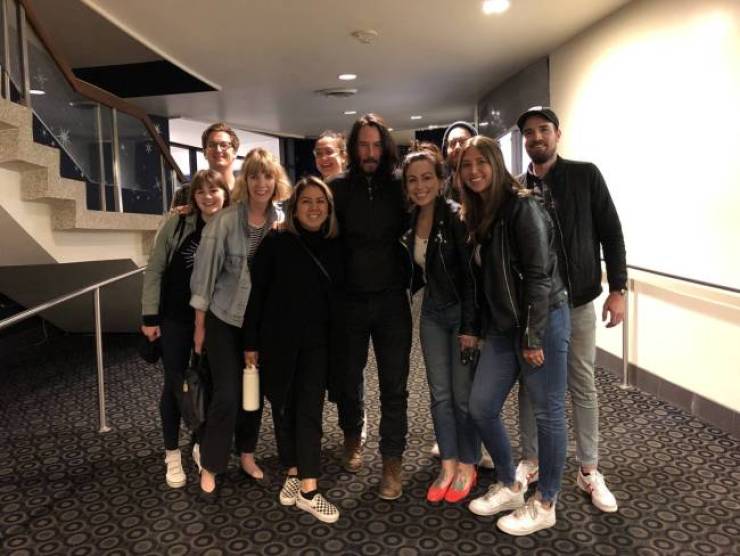 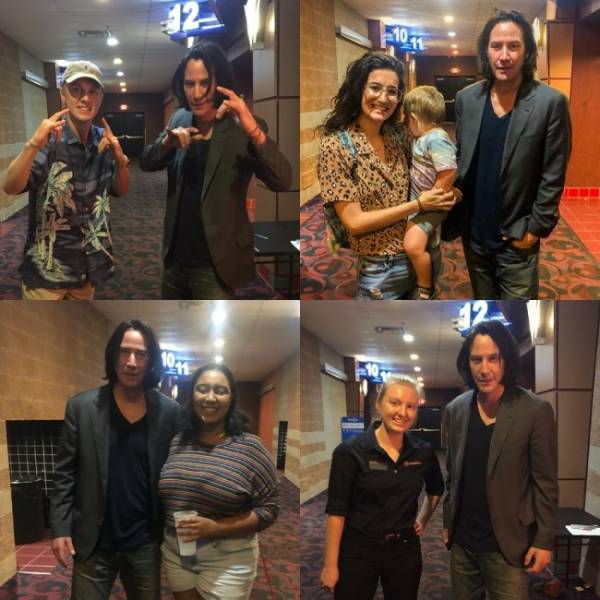 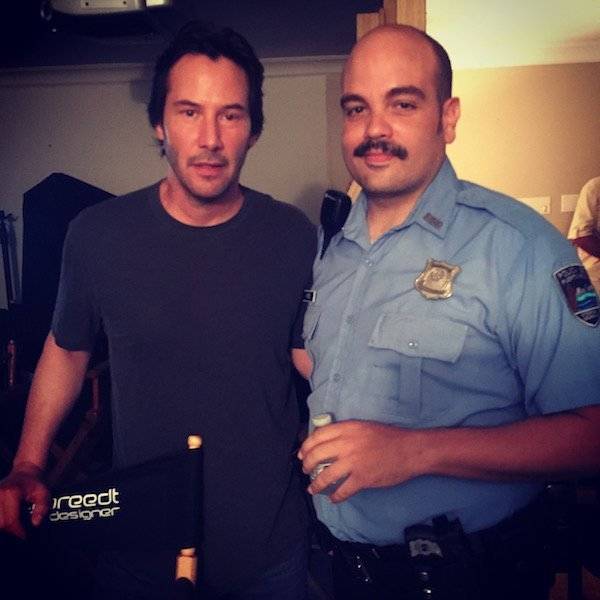 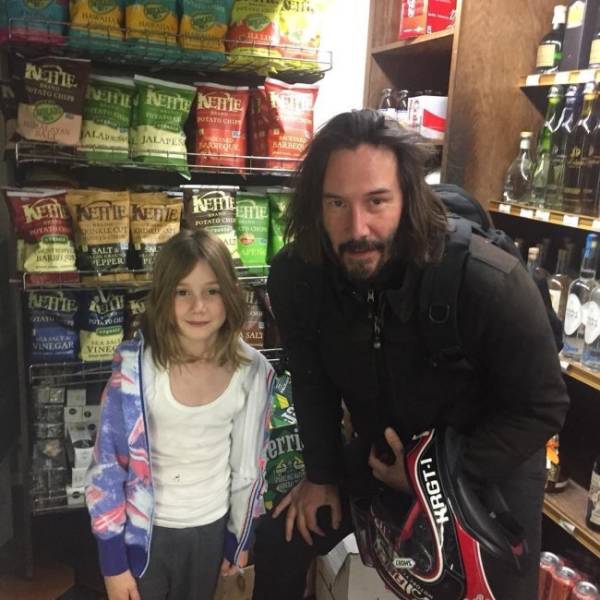 “You know, I’ve been very fortunate in my life, which I am grateful for. And I guess it’s just to my tastes to keep life as simple as I can.”

(Keanu being a class act and giving up his seat to a stranger.) 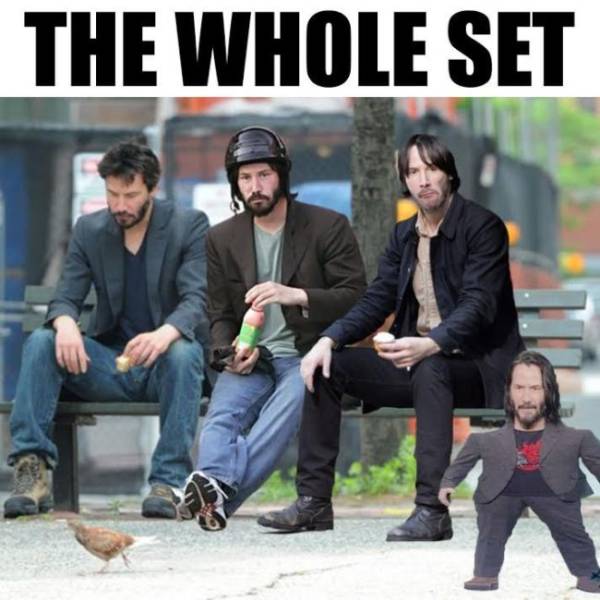 The guy is just so damn loveable that he’s actually been dubbed ‘The Internet’s Boyfriend,’ and the sheer amount of memes prove it. According to a Princeton study on celebrity pop culture, Keanu has been the most meme’d celeb in 2019. Don’t believe me? Just look below. 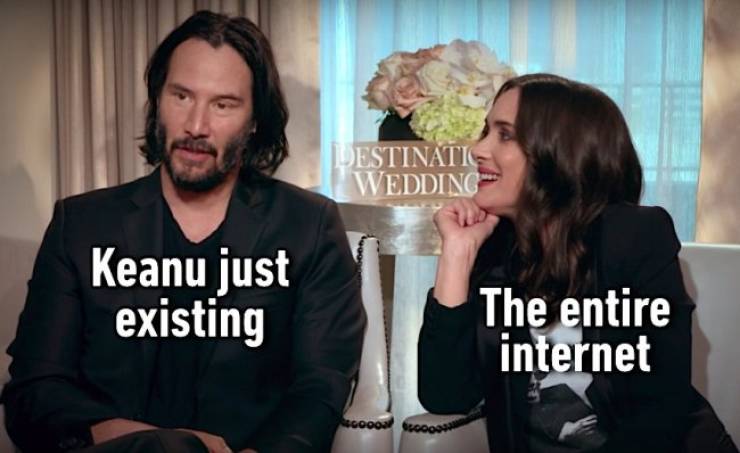 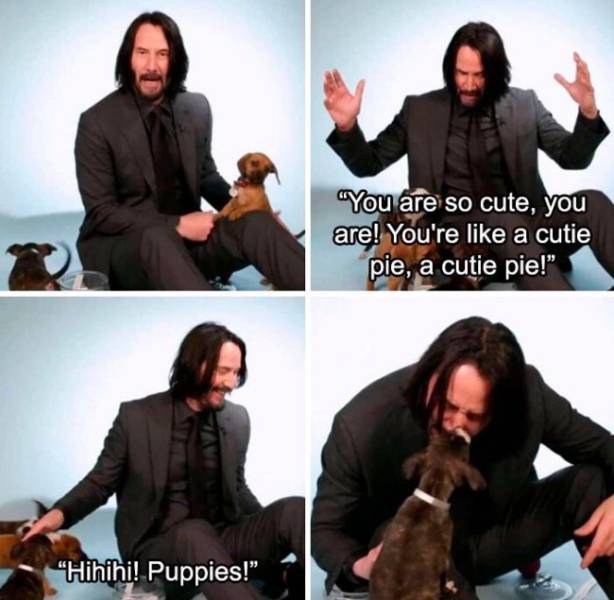 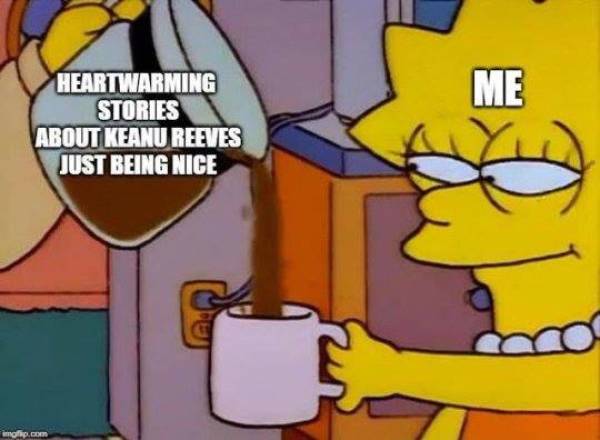 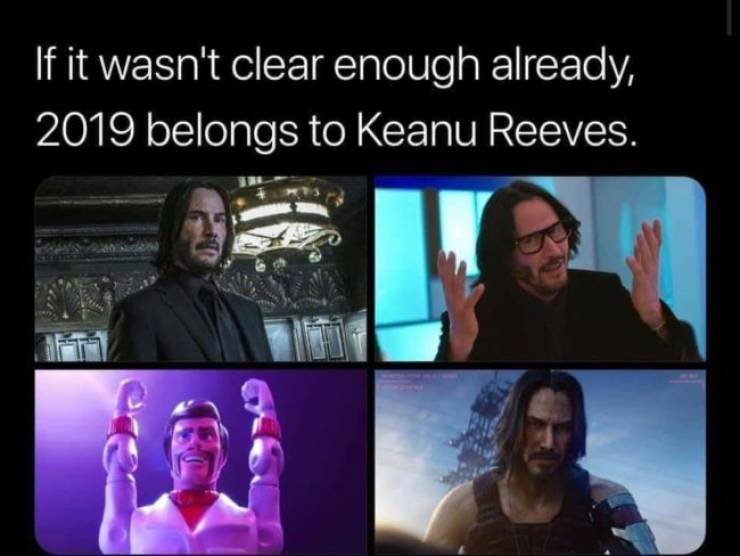 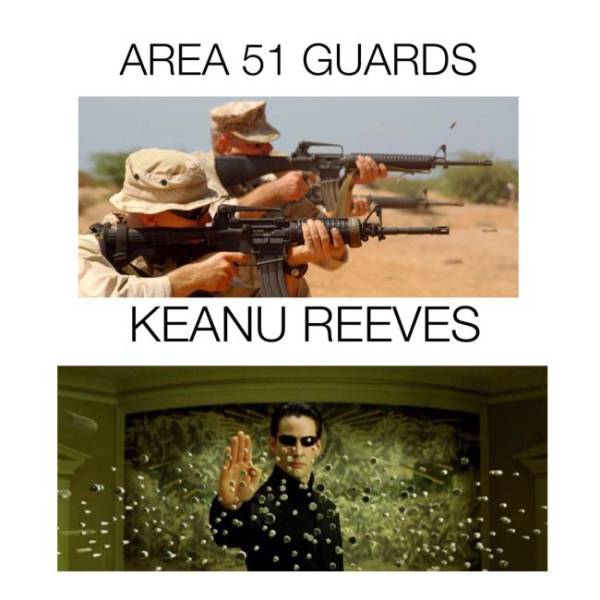 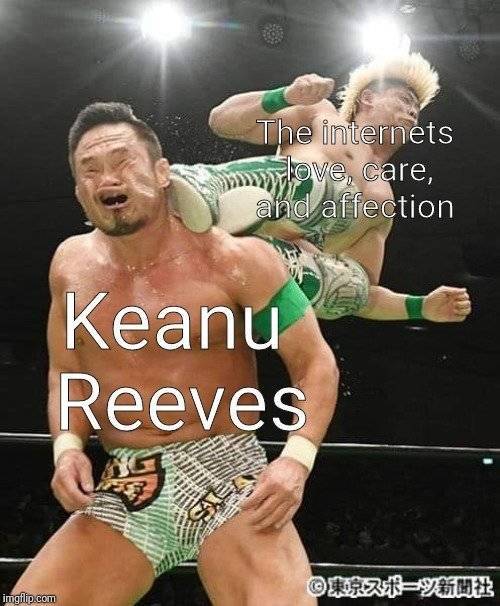 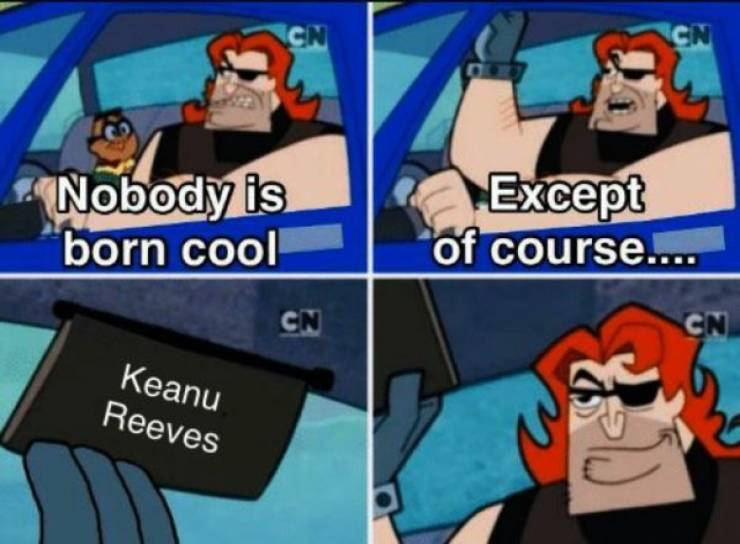 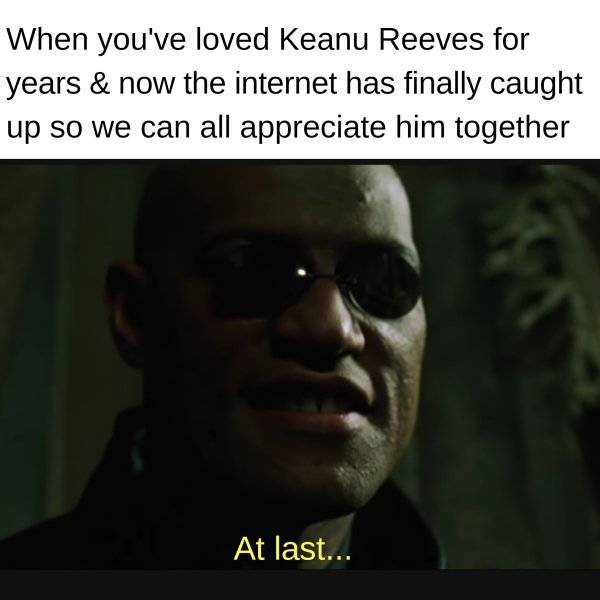 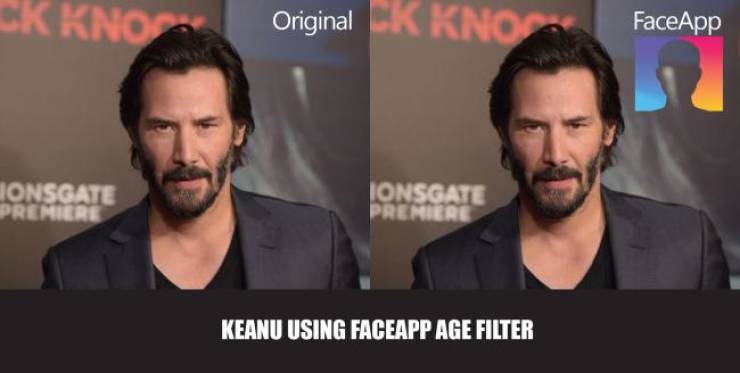 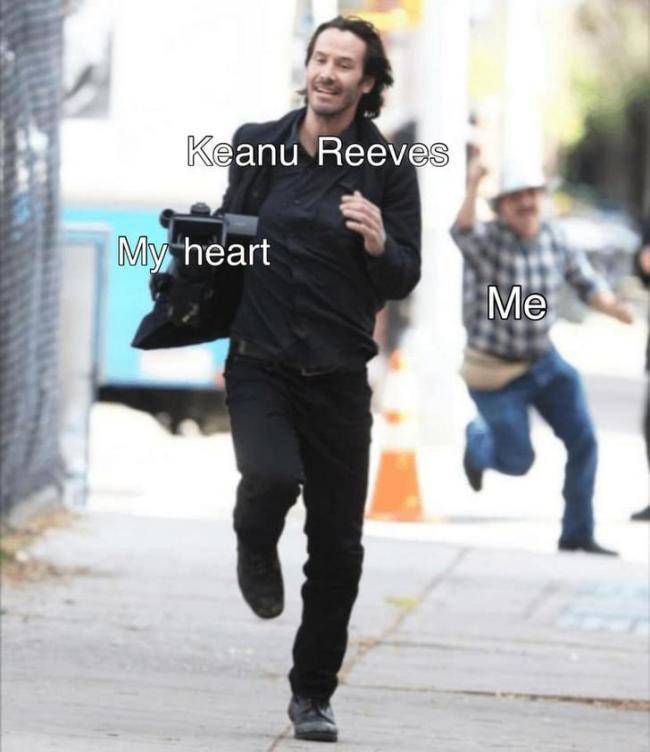 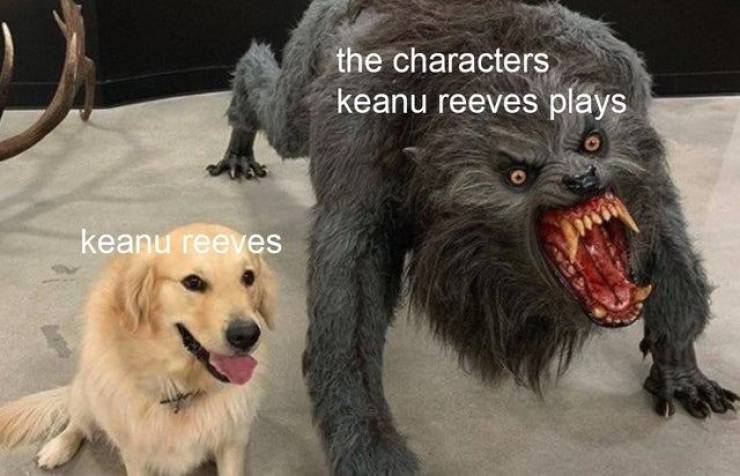 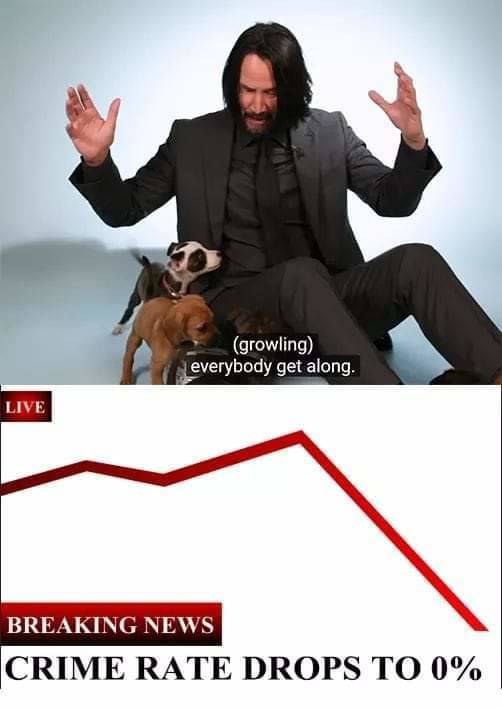 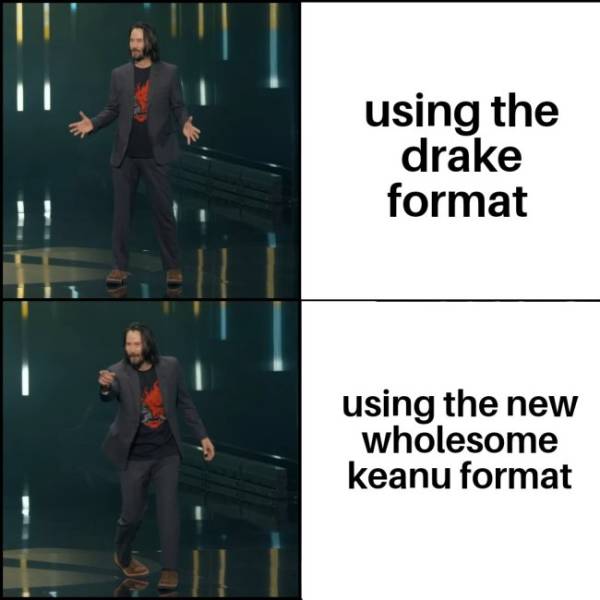 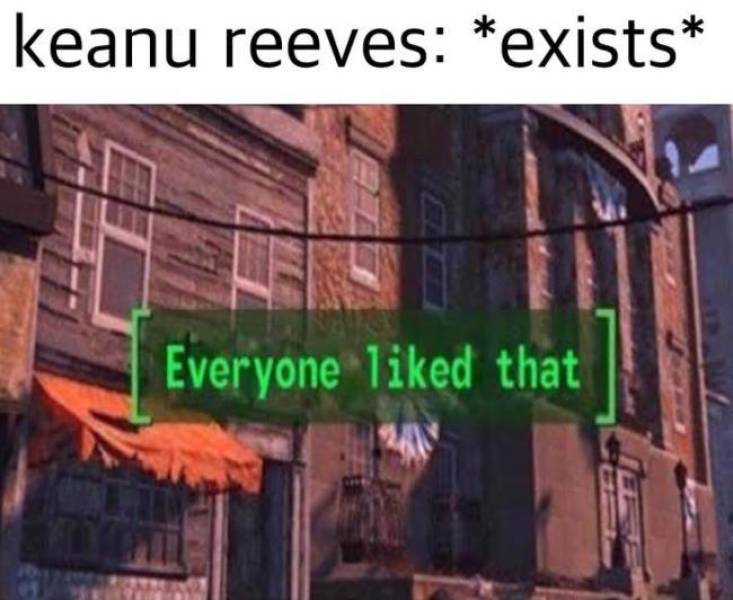 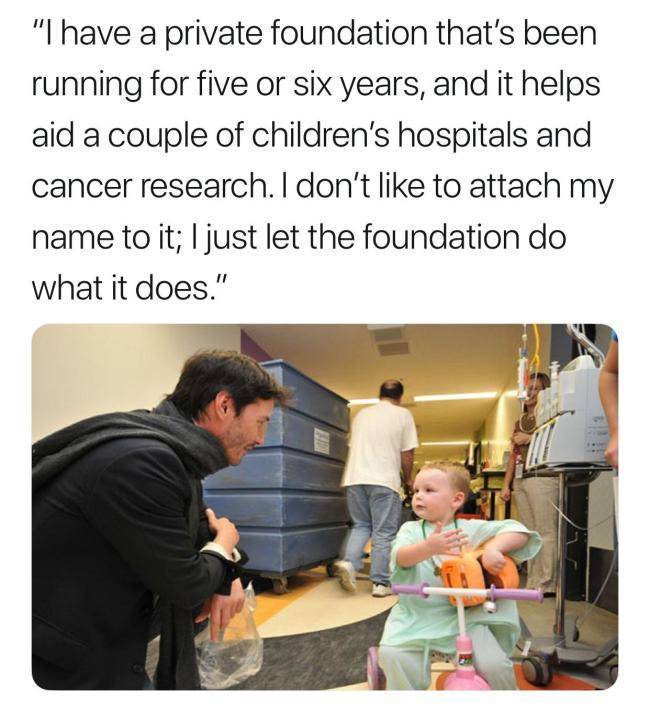 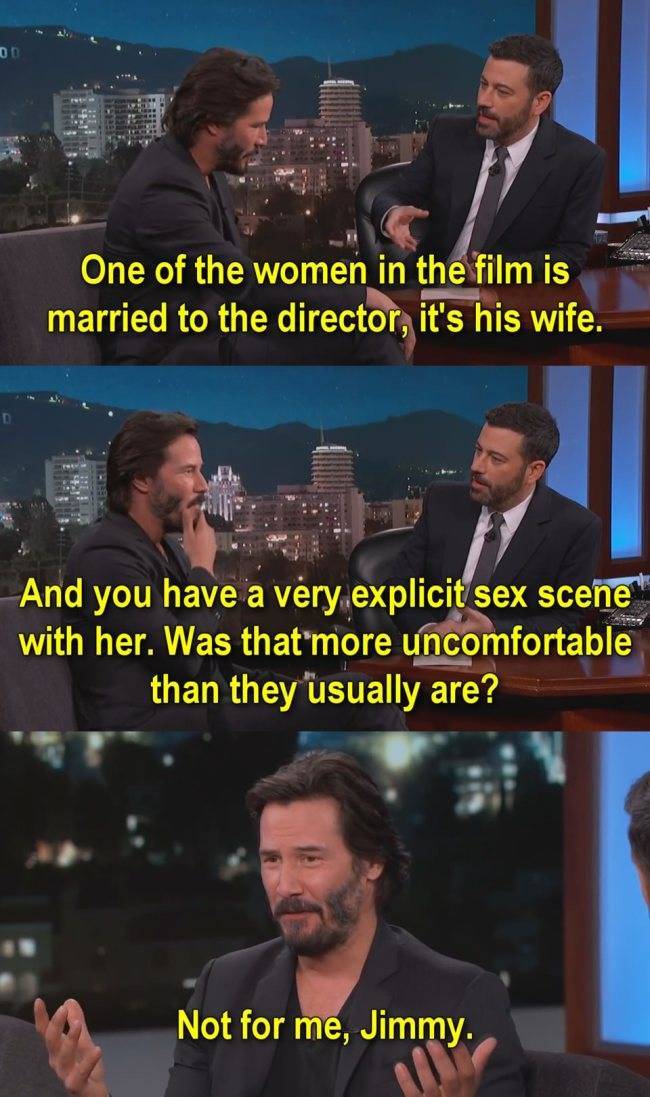 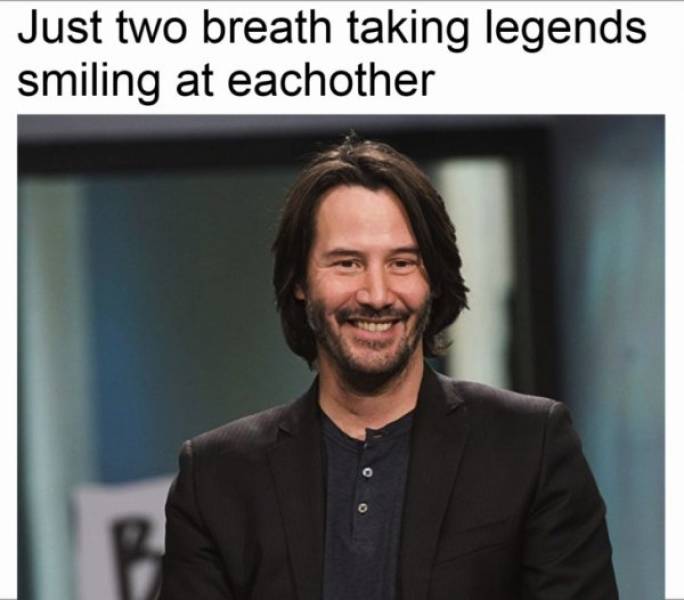 CookieDevourer 1 year ago
#12
SHE RAPED HIM!!!
Reply