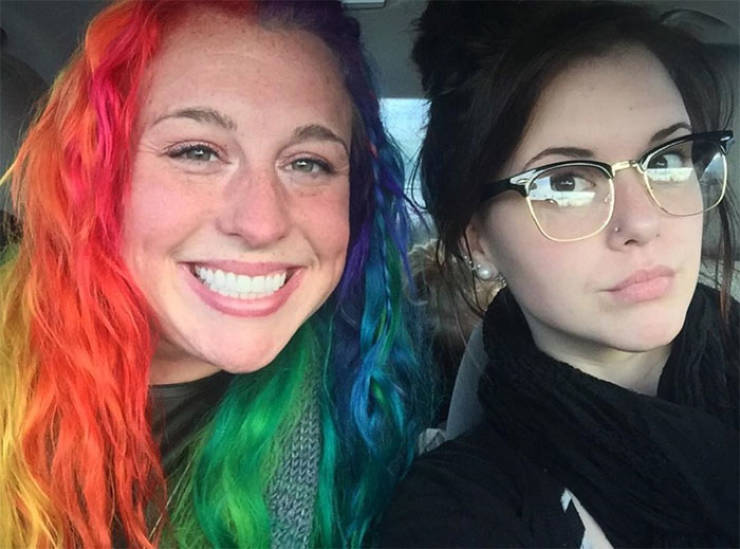 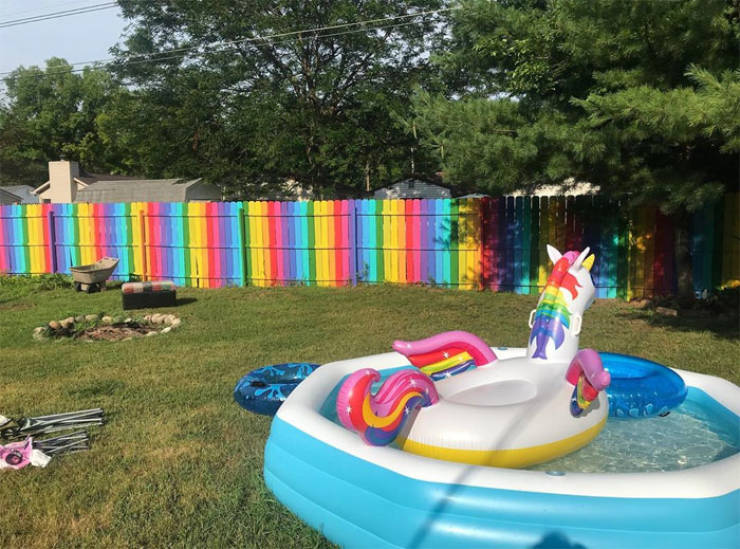 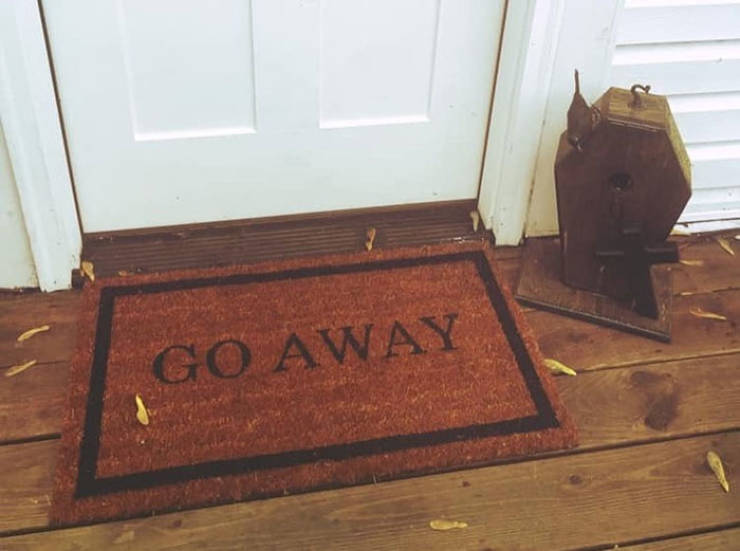 Their homes are also on opposite sides of the style spectrum. Jessica’s is vivid. Colorful. Inviting. And it has an inflatable pool with a floating alicorn (that’s a winged unicorn, in case you were wondering). Alexandria’s home has a “Go Away” mat at the front door… right next to a mini-coffin.

Jessica’s home is colorful and inviting, while Alexandria’s is a bit darker but equally full of amazing stuff. Their sense of style is also radically different 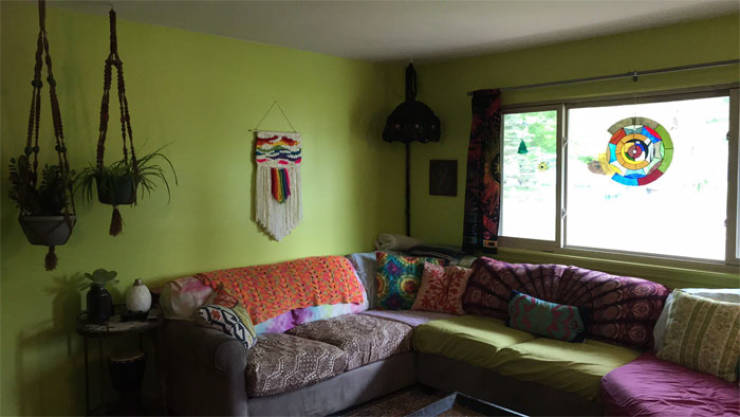 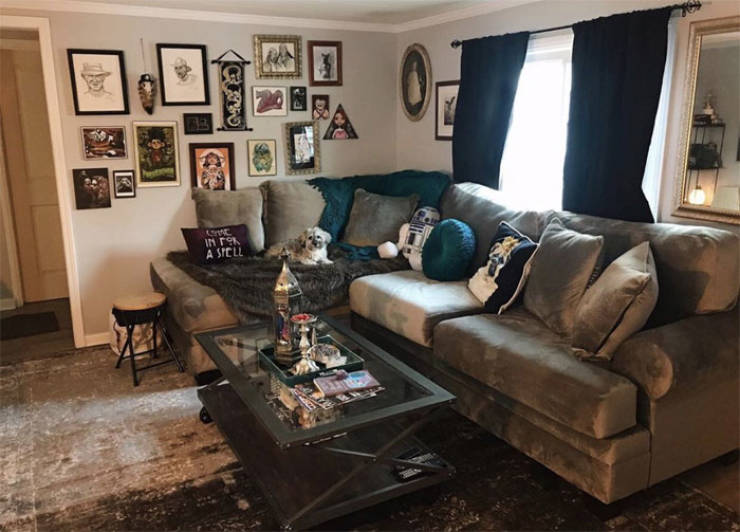 Inside, dozens of movie posters, drawings, photos, and skulls adorn her walls, plants line her windowsills, and there’s even fake ivy ‘growing’ near her door. Alexandria also owns an awesome shower curtain with a bat, plenty of geeky items, and has a cool cup collection. As you would probably expect, Jessica’s home is full of bright colors and cozy comforts.

Alexandria’s photos went viral. Immediately. Her post was retweeted more than 71,000 times and got over 2,800 comments. That’s not to mention the 8,000+ likes and 150 comments on Instagram. 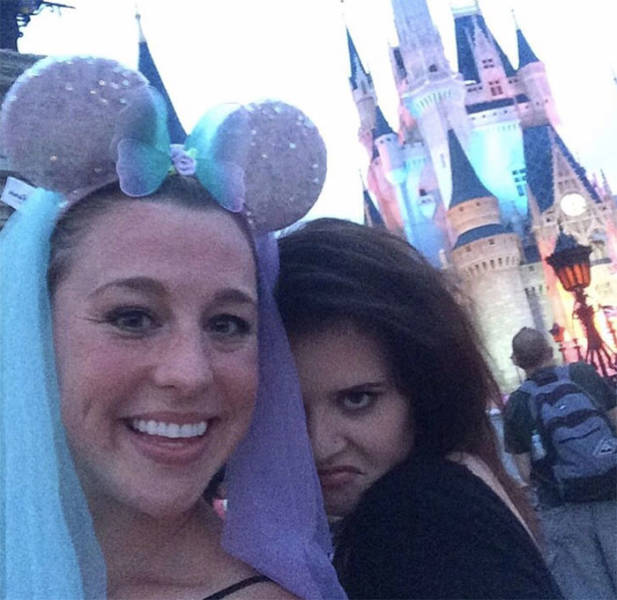 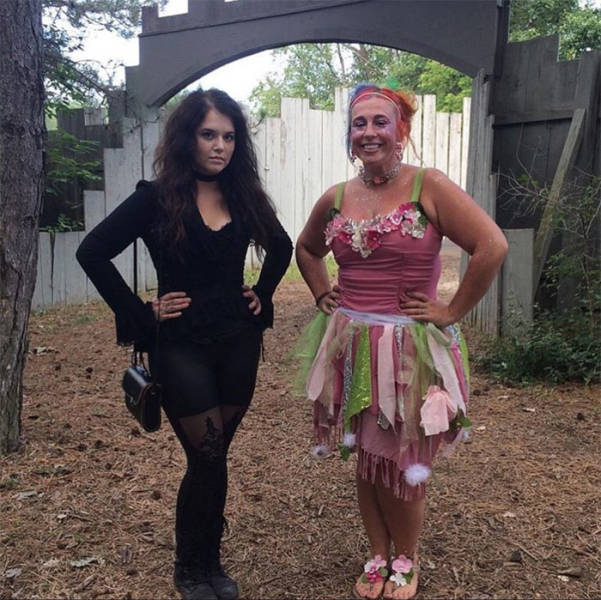 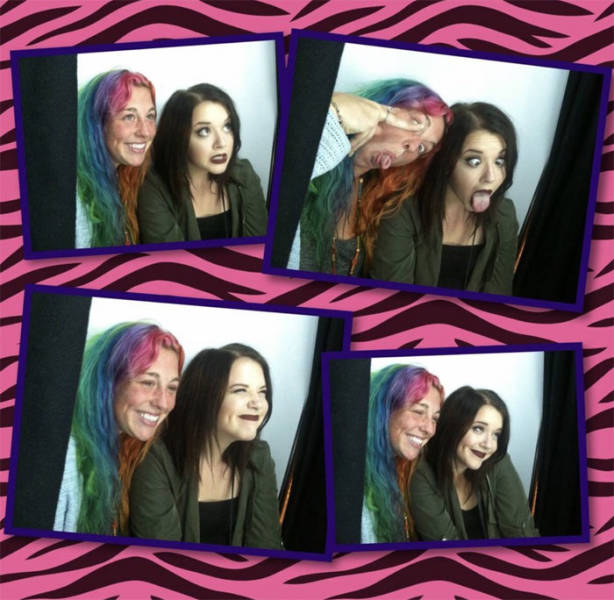 According to the self-taught special effects makeup artist, body painter, sculptor and illustrator Alexandria, she had no idea her tweet would become so popular. “I was watching my nieces in Jessica’s yard today and I took a photo of her fence and decided to post it!” Alexandria told BuzzFeed. “The most surprising things go viral — I’ll never understand!”

Alexandria guessed her and Jessica being polar opposites might have something to do with their age difference — an astounding 8 years!

“Jessica and I have a pretty big age gap, so we naturally have been interested in different things,” she said to BuzzFeed. “Our style only became drastically different when we became adults and started dressing how we truly wanted.” 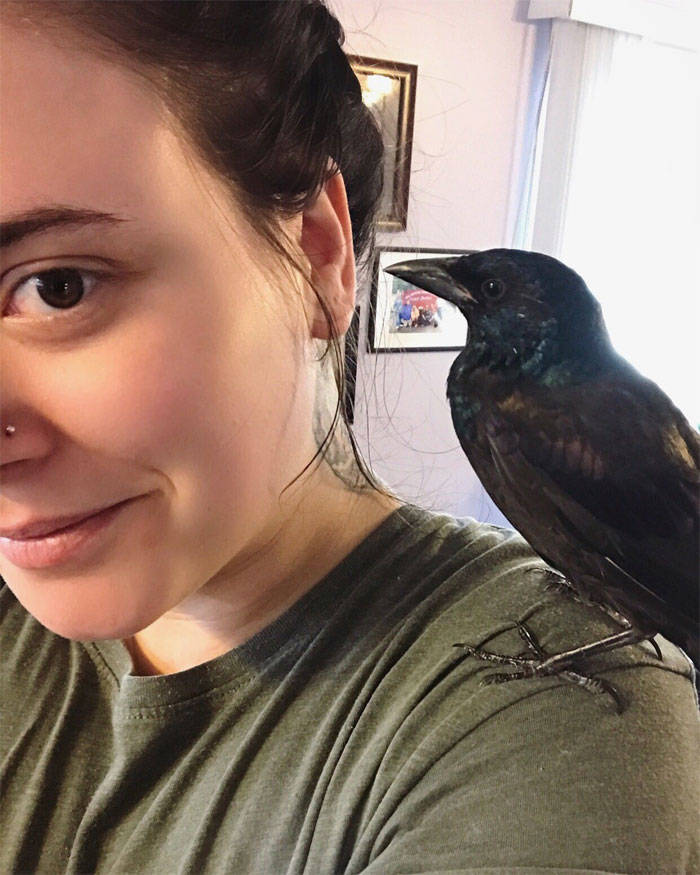 The fact is, siblings really can grow up to be opposites. Even identical twins. It’s impossible for two people — any two people — to have exactly the same experiences from the moment they’re born. Different life experiences develop distinct personalities.

According to Gerd Kempermann, a behavioral geneticist at the Dresden University of Technology and the German Center for Neurodegenerative Disease in Germany, an experiment with mice demonstrated that even genetically identical animals behave differently. These differences grow with time. So, it’s no wonder that Alexandria and Jessica’s age gap had such a profound effect on how they look and live now. 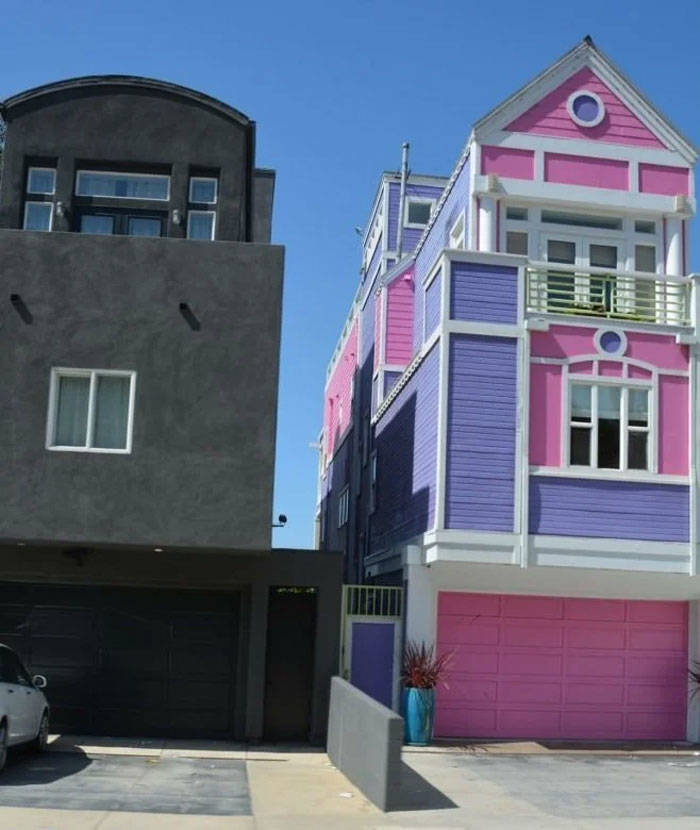 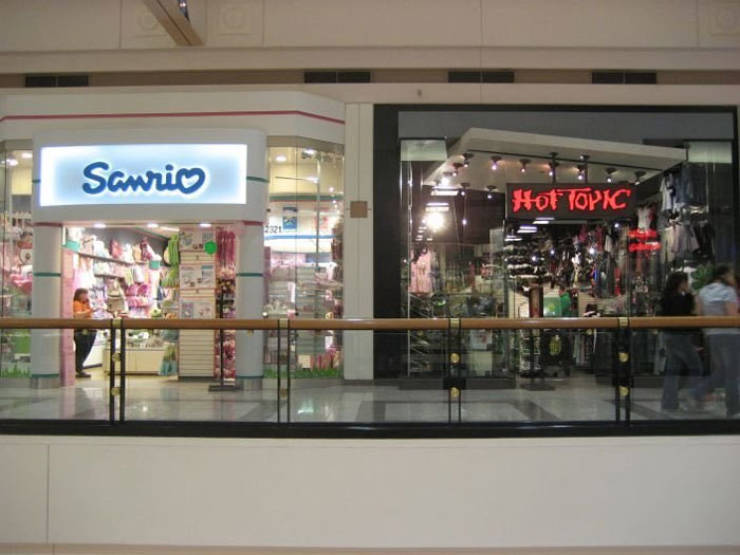 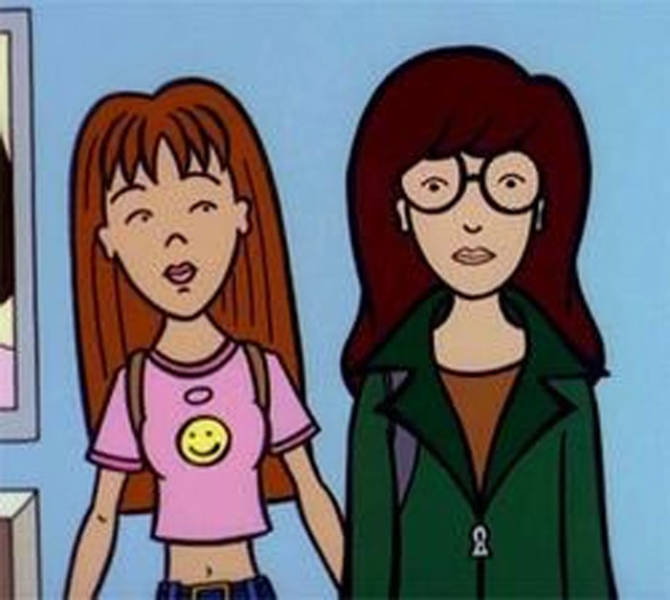 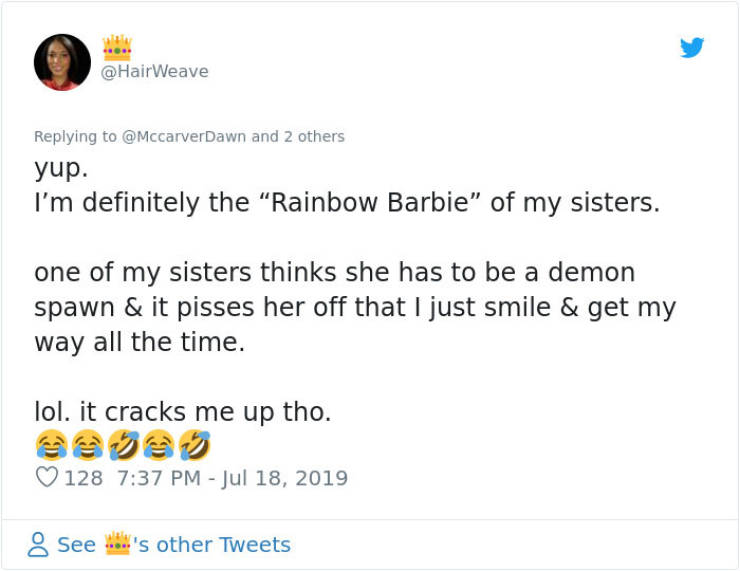 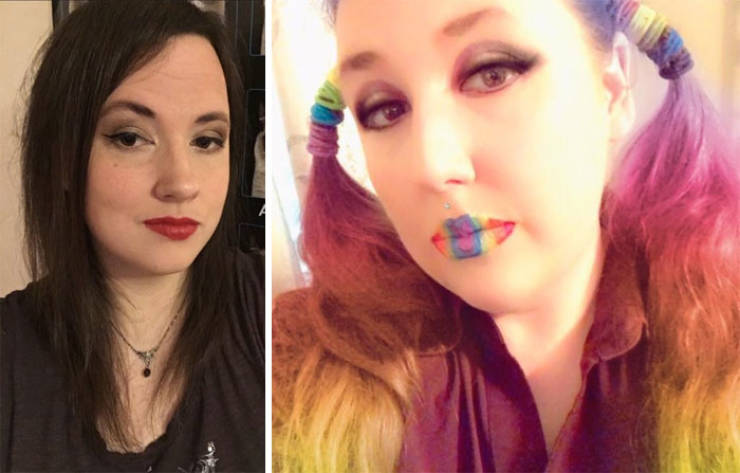 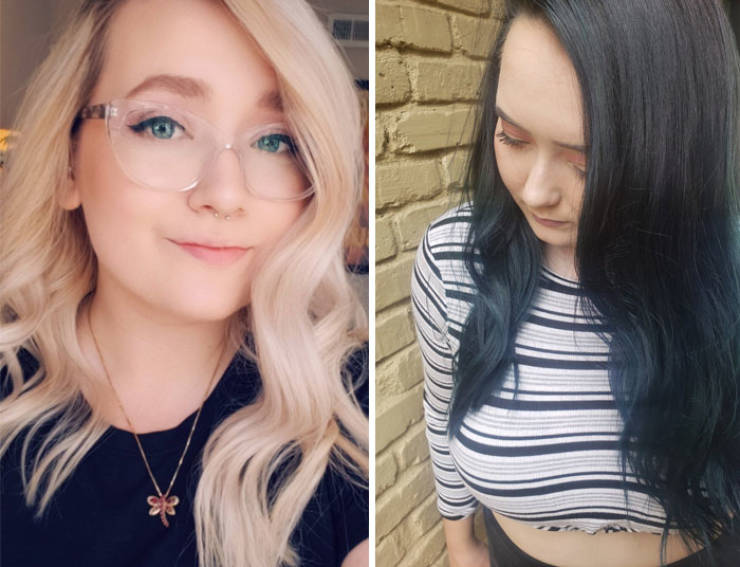 House 1 year ago
One looks like a nice, fun, free-spirited individual while the other looks like as much fun as a stick in the mud. Probably practices "wicca" lol
Reply