It's not clear who first invented microscopes, but they emerged around the 1590s with few of the bells and whistles they have today. 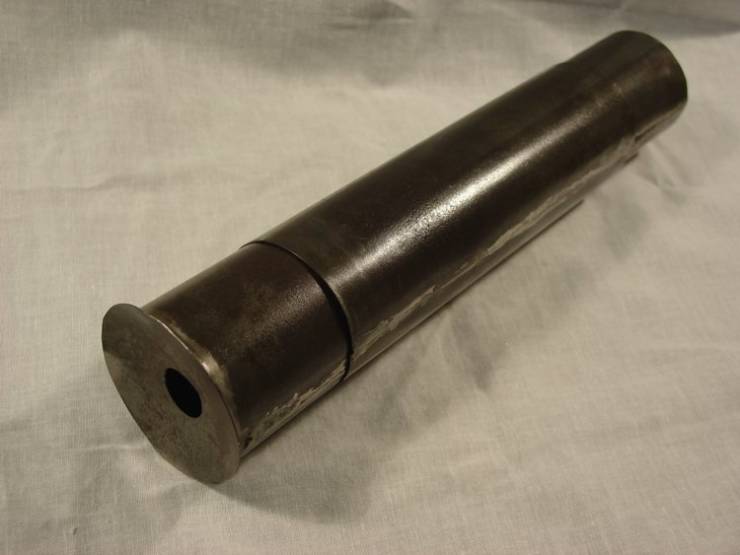 Two different sources are credited with the invention of the microscope: Hans Lippershey, who filed the first patent for a telescope in 1608, and Hans and Zacharias Janssen, a father-son team who wrote about microscopes in the 1590s.

Bicycles were made out of wood when they were first invented in 1817 by Karl von Drais. 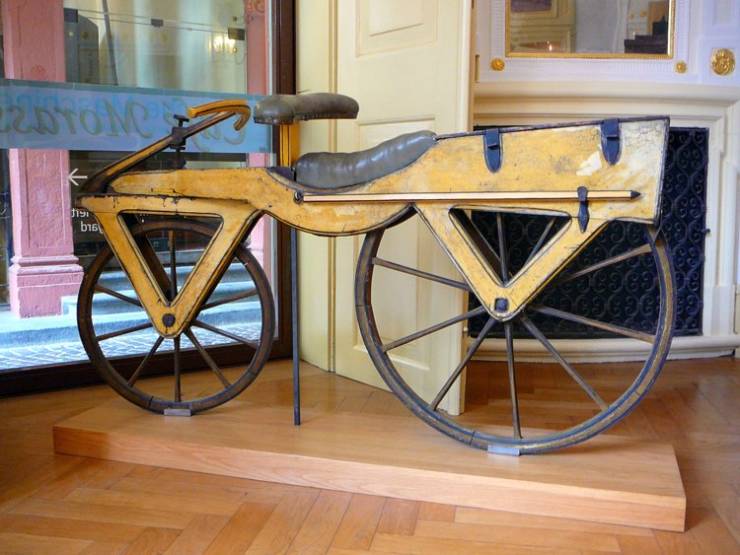 Karl von Drais's early bicycle required riders to push the contraption by foot. Other inventors then added pedals in the 1860s.

Before electric refrigerators, "iceboxes" were made of wood and filled with ice. 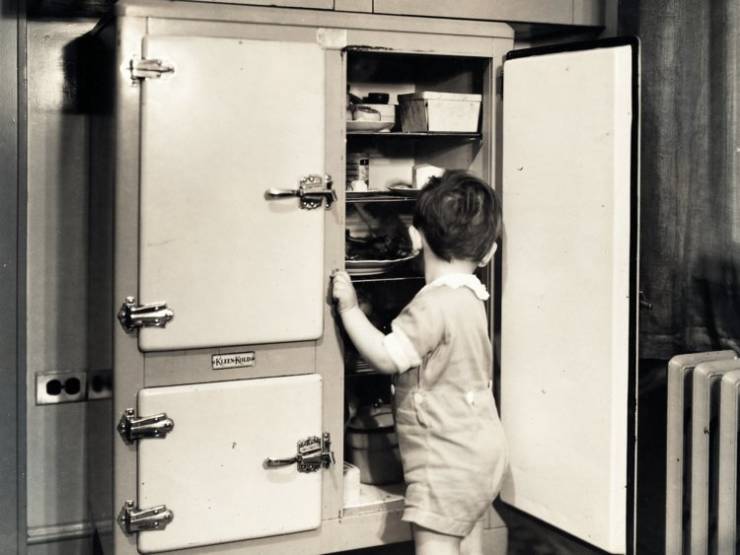 Iceboxes used various materials to keep the ice frozen and the food inside cool, including cork, tin, zinc, sawdust, and seaweed. In 1835, Jacob Perkins patented a refrigerator with a liquid ammonia vapor-compression cycle.

Thomas Edison is often credited with inventing the light bulb in 1879, but other inventors played a part in its creation. 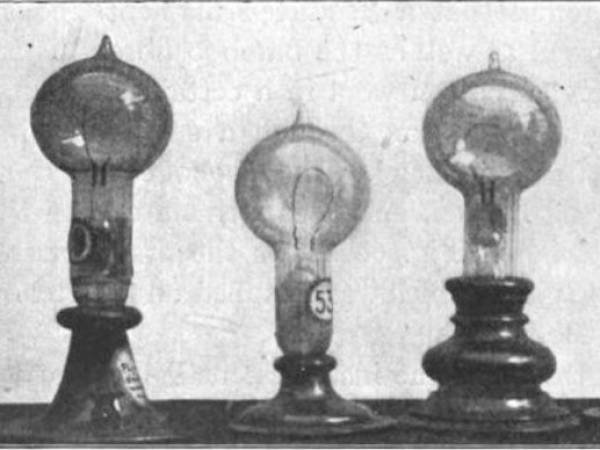 While he did patent the first commercially successful light bulb in 1879, its history dates back to 1800 with Italian inventor Alessandro Volta's first electric battery called the voltaic pile. Humphry Davy also invented the first electric lamp in 1802. 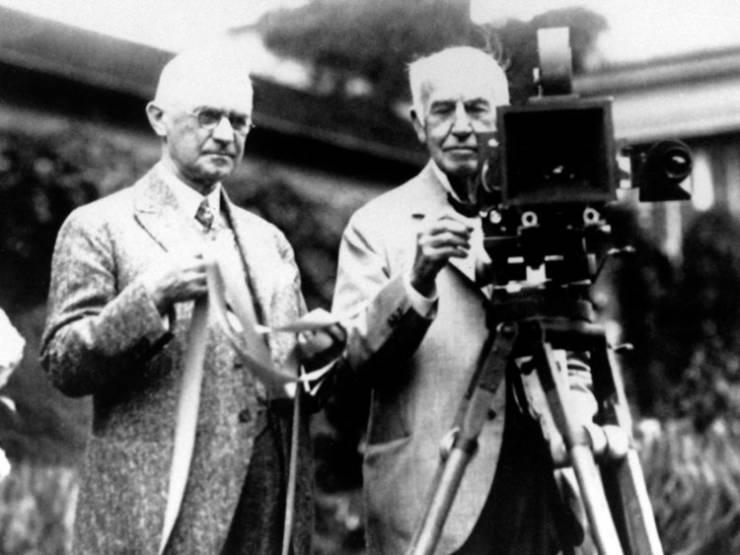 Edison patented the kinetograph and the kinetoscope in 1891. Eastman invented the camera box in 1888 and roll-film in 1889. 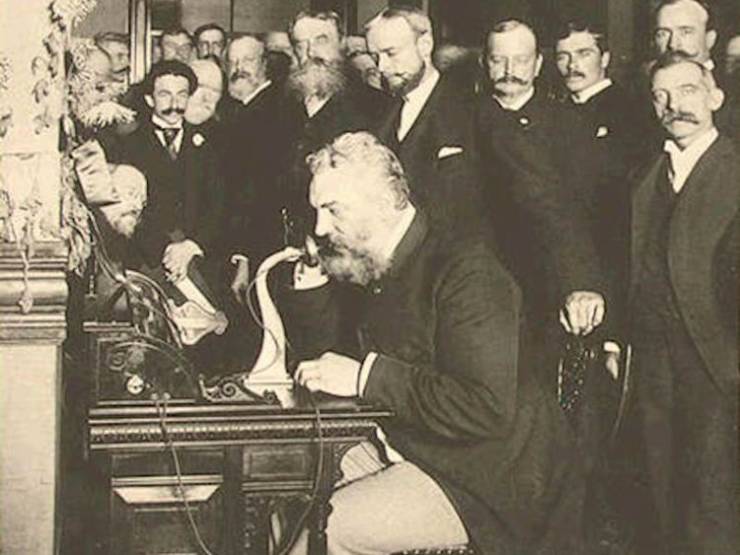 Bell placed the first telephone call between New York City and Chicago in 1892. His early phone design consisted of a transmitter to turn vibrations from his voice into an electric current and a receiver.

The first vacuum cleaner was patented by inventor Hubert Cecil Booth in 1901. 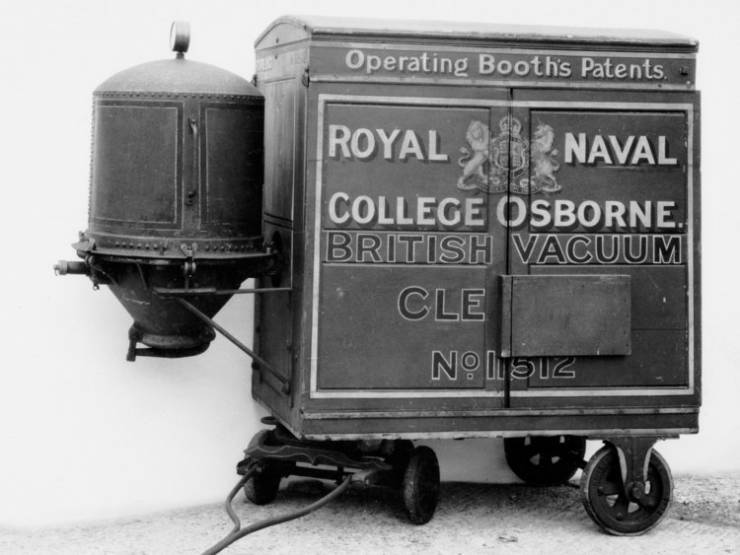 The first vacuum cleaner didn't suck dirt up — it just blew it away with compressed air. Upright vacuum cleaners with bags on a stick followed in 1907, the brainchild of William Henry Hoover. 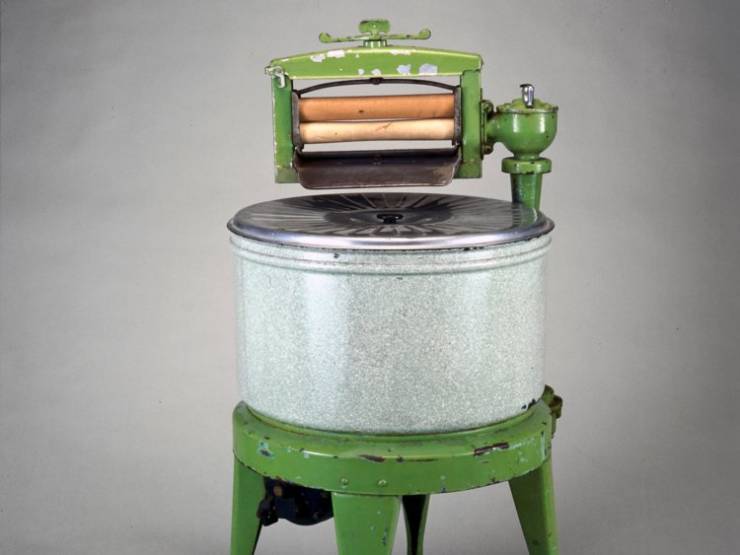 Alva John Fisher invented the electric washing machine in 1908 and patented the design in 1910. It got the name "Thor" from the Hurley Machine Company of Chicago.

The first television set called the Octagon was made by General Electric in 1928. 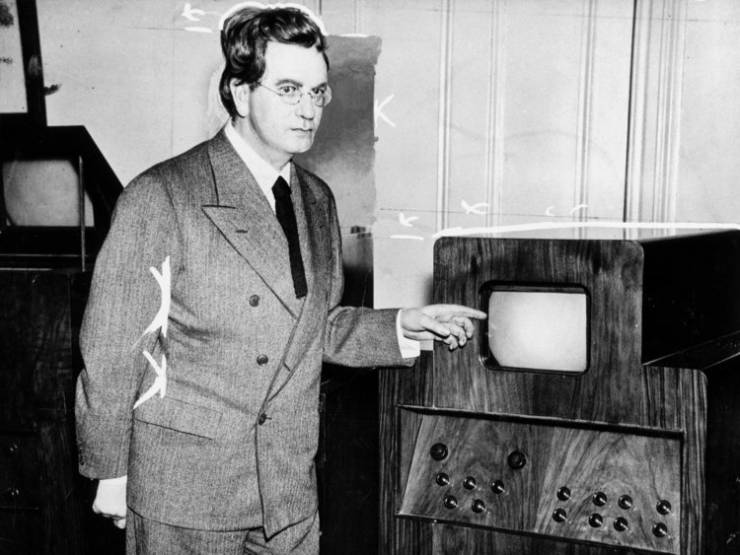 Before it became the center of American living rooms in the 1950s and 1960s, the Octagon only played one show called "The Queen's Messenger."

Microwaves were invented by accident while engineer Percy LeBaron Spencer was testing magnetrons. Magnetrons are " vacuum tubes that produce microwave radiation and are used in radar systems," according to LiveScience. Spencer noticed that a chocolate bar in his pocket melted while he was testing them. He invented the microwave by building a metal box around them since microwaves can't pass through metal, and found that the result could heat food faster than ovens. He filed for a patent in 1945.

The first electronic digital computer took up an entire room. 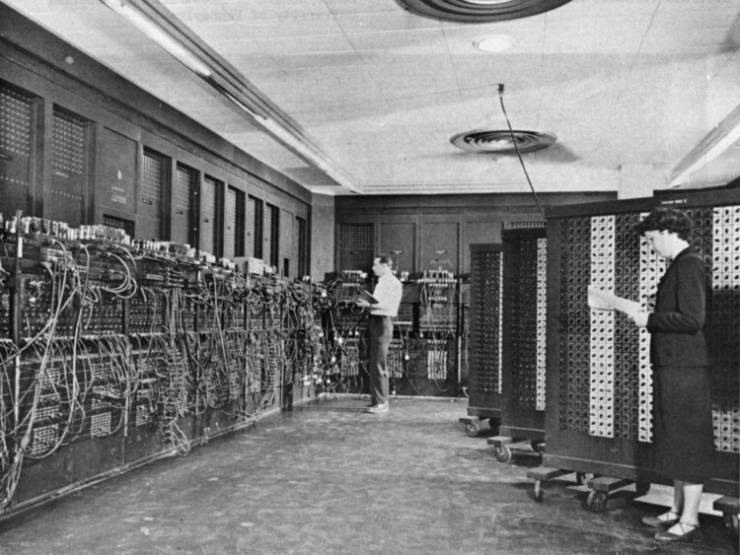 ENIAC (Electronic Numerical Integrator and Computer) was completed in 1946 and cost $400,000 to build. The US government used it during World War II to perform calculations for the construction of a hydrogen bomb.

The first video tape recorder was invented by Charles Ginsberg in 1951. 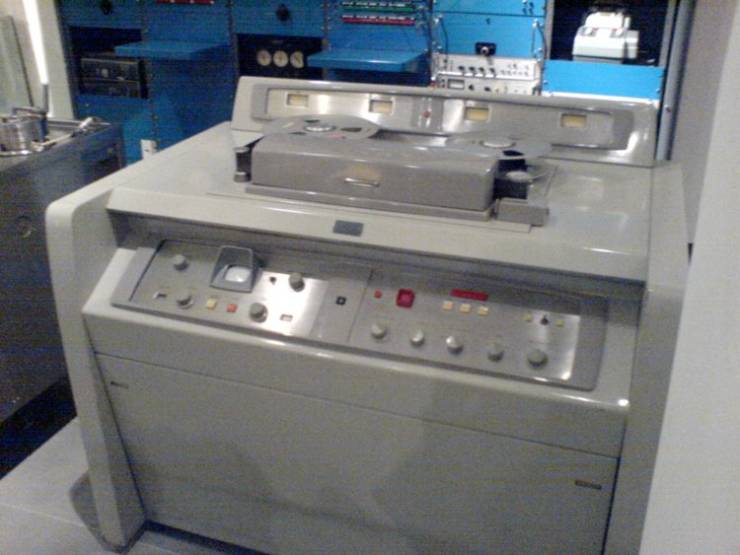 The Soviet Union launched the first satellite, Sputnik I, in 1957. 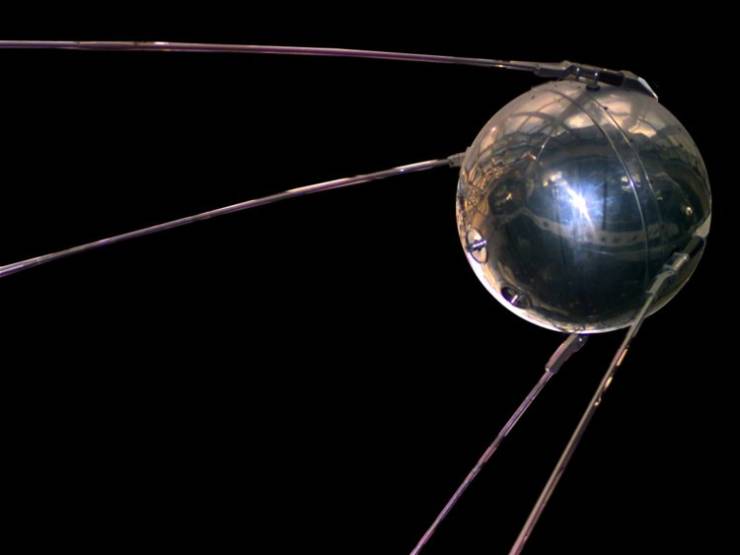 Sputnik I was about the size of a beach ball and orbited the Earth in 98 minutes. Its launch set off the space race between the US and the Soviet Union. 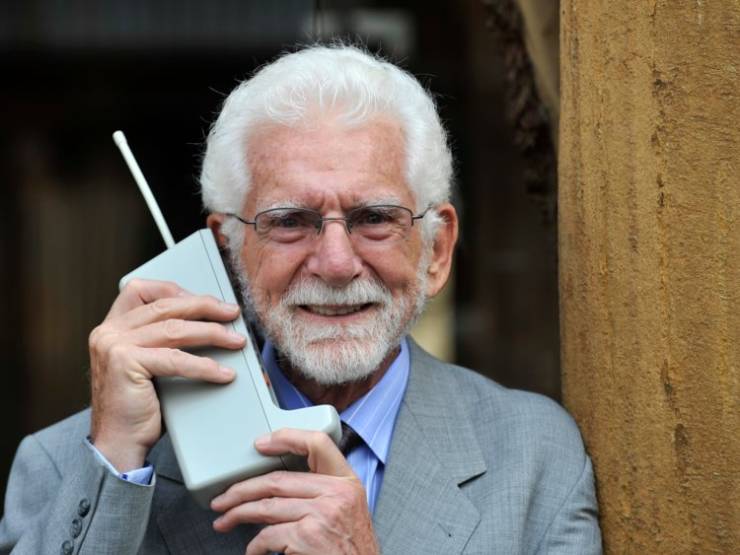 The cell phone was the size of a brick and took 10 hours to recharge. Designed by Tim Berners-Lee, the site provided information on the World Wide Web project. The URL was http://info.cern.ch/hypertext/WWW/TheProject.html.

Obstacles 3 year s ago
Well the first digital electronic computer was built by the British for code breaking https://en.wikipedia.org/wiki/Colossus_computer. ENIAC can be claim first if you define first general purpose computer....hey ho!
Reply
2

Pretty 3 year s ago
#3 lol having to explain that iceboxes were filled with ice.

#10 An old choir director of mine lived next door to one of the guys who developed the earliest patents for home microwave ovens. They were approved and being marketed by the 70s, but he wouldn't have one in his house until the 90s because they still leaked too much radiation of some sort.
Reply
2

Obstacles 3 year s ago
Edison gets way too much credit as usual. He didn't invent the light bulb he perfected it. What took him so long was that he didn't read through any of the work of previous scientists instead making their same mistakes over and over. I believe it was after Eastman came along that he got things organized and started making some actual progress.
Reply
0