This legend who stole (and returned) Christmas. 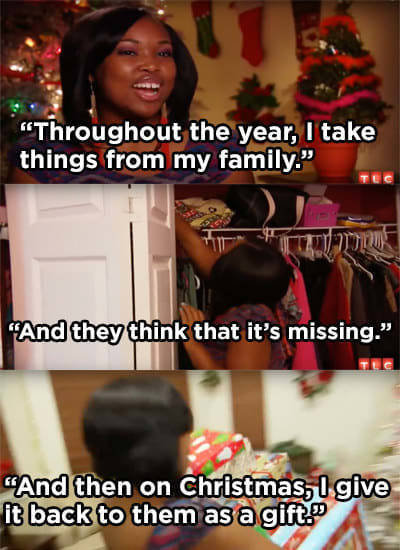 The couple that was a little too close for comfort. 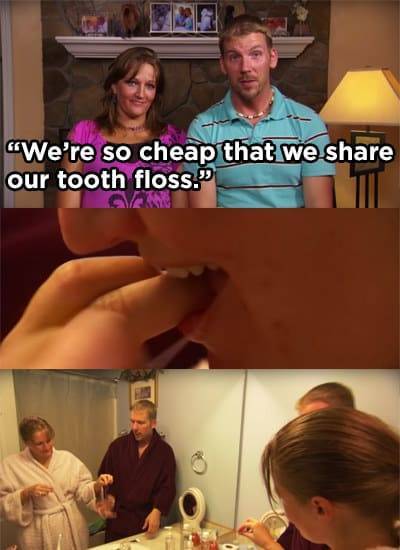 The mom who was not about to spend money on formula. 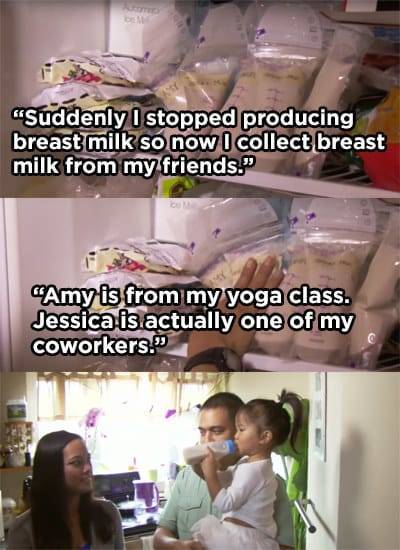 The guy who really believed that one man's trash is another man's treasure. 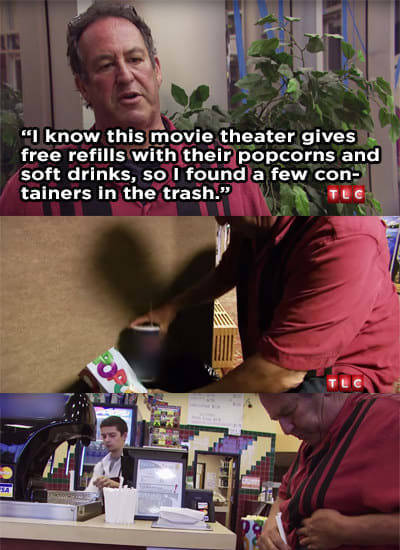 The guy who dried his tissues in the sun so he could reuse them. 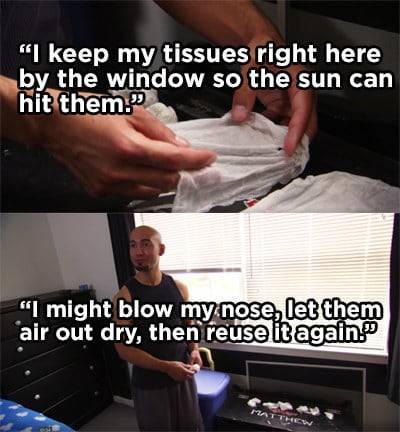 The woman who worked out at a sporting goods store instead of a gym. 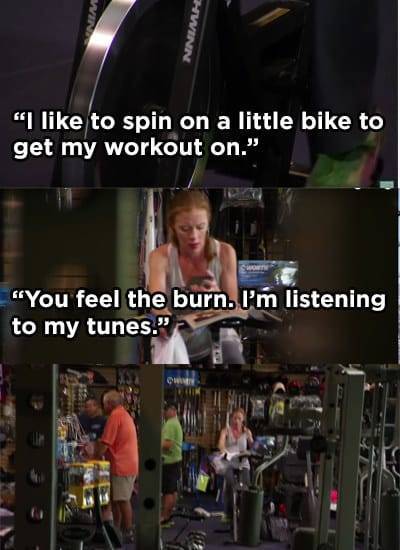 And that same woman who washed her clothes in her pool. 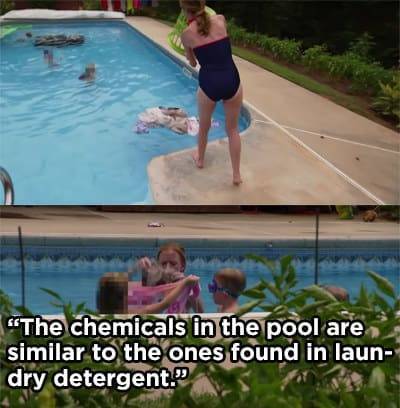 The woman who turned roadkill into a meal fit for a king. 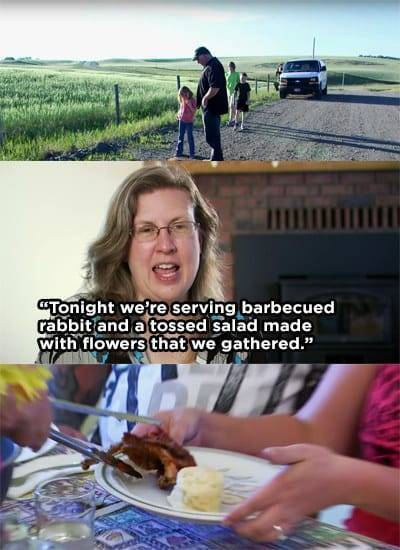 The woman who peed in a jar to lower her water bill. 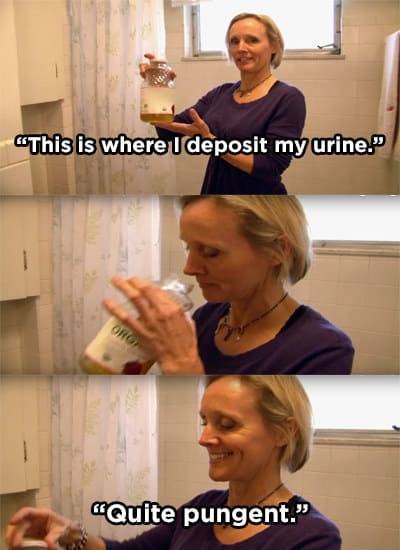 This kween who didn't pay to check bags at the airport. 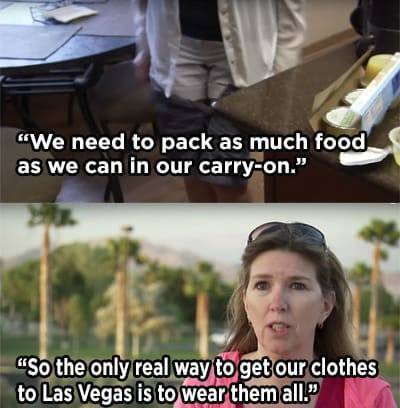 The woman who didn't believe in buying toilet paper. 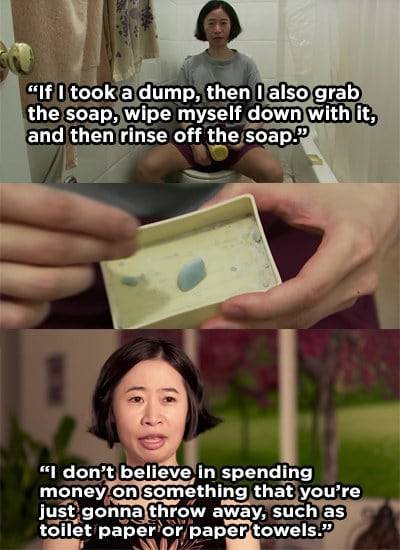 The woman who hid in the park to watch yoga classes instead of paying for them. 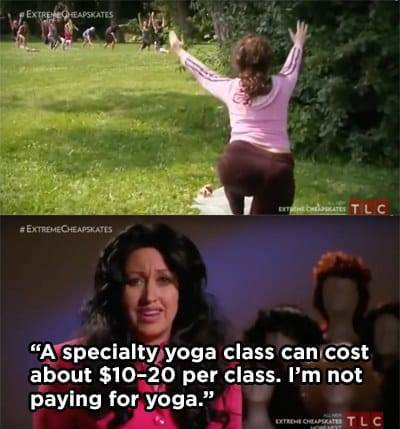 The woman who did house chores at night to lower the electric bill. 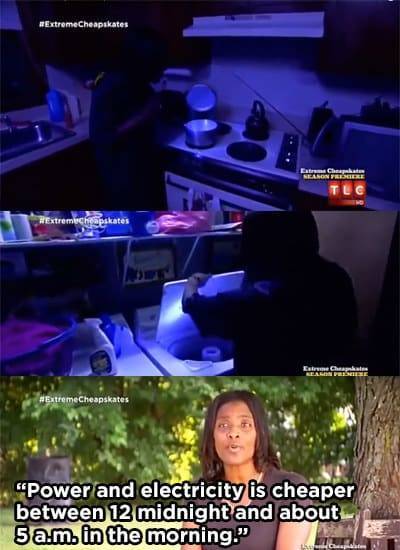 The woman who poured leftover sauces back in the bottle. 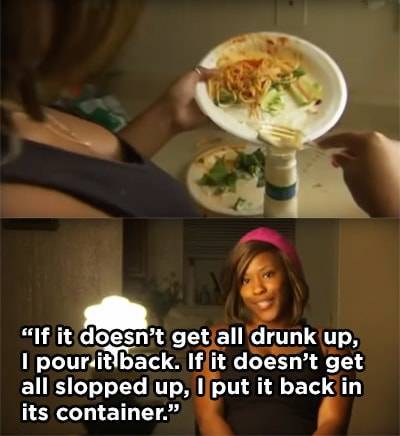 This guy who took his family of six to a buffet, only got three plates, and paid the bill with a bag of spare change. 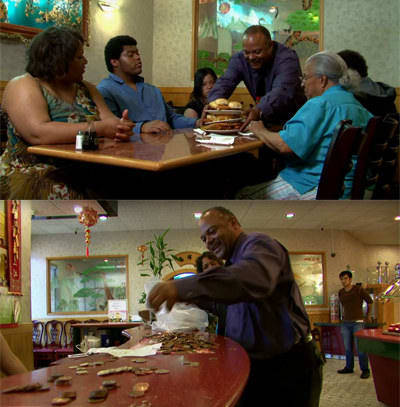 The dude who warmed up food in his hot tub. 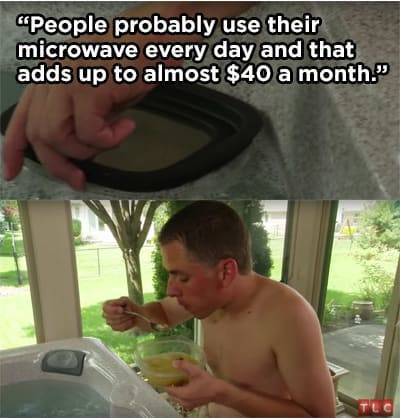 The man who raided the fridge at work for other people's leftovers to bring home as dinner. 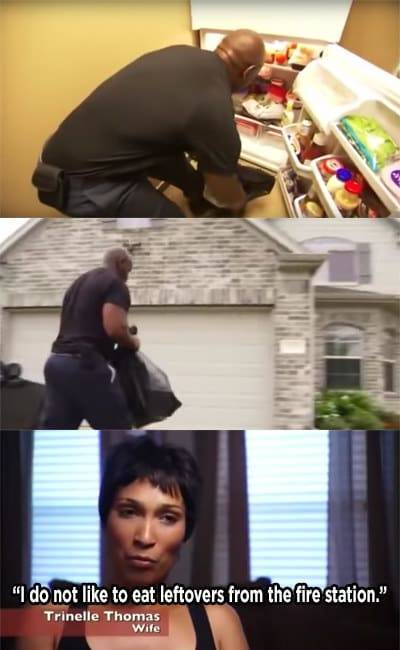 The lady who found an innovative way to use her hair for dental hygiene. 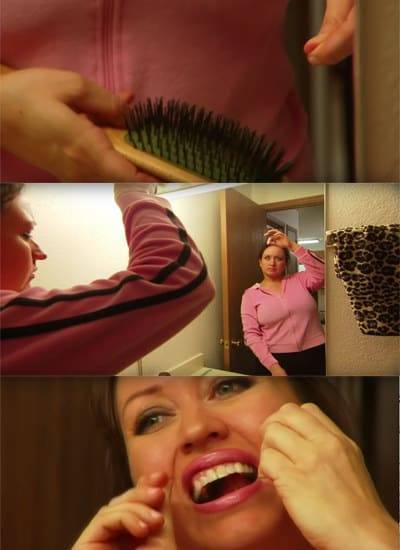 And finally, the couple who had a BYOB wedding. 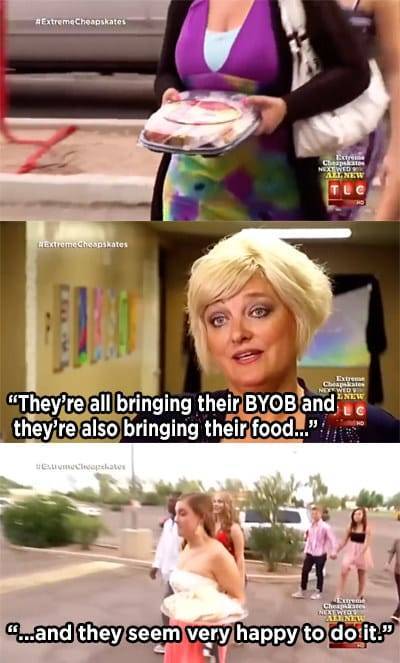 Girl 10 month s ago
Sharing is not allowed at buffets, and more than 50 pennies need to be in rolls.
Reply
3

Mushroom 10 month s ago
These people are disgusting and despicable.
Reply
0

Sunlight 10 month s ago
Surprisedly I seen them all. Beside the fire station fridge.
You can be cheap without doing all that stuff.
When I was younger I did medical testing for money. And now I do food tasting for money. That's for me a way so I can buy more luxurious food without being broke.
Reply