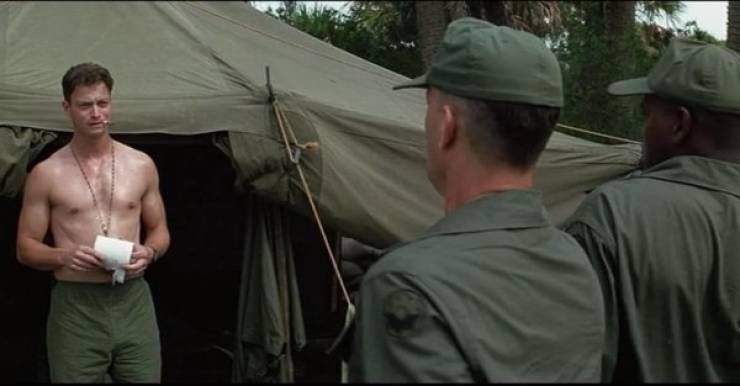 Tom Hanks isn’t a big runner so his younger brother, Jim Hanks, subbed for him during the wide shots. 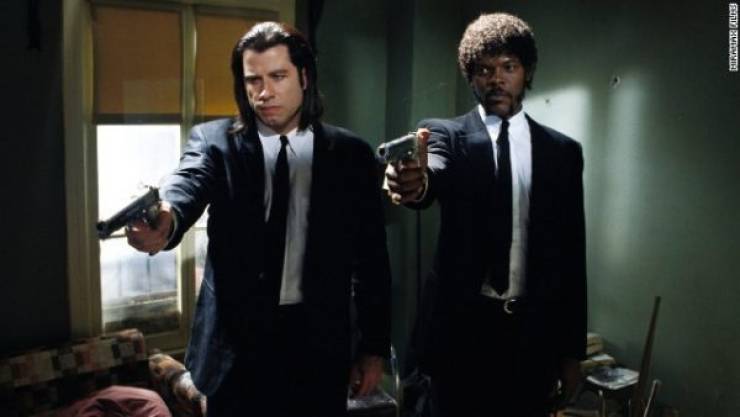 In October of 1994, Forrest Gump, Pulp Fiction and The Shawshank Redemption were all playing in theaters at the same time. 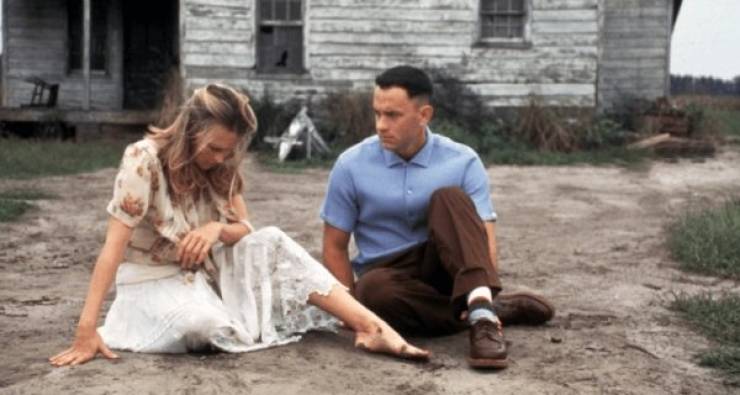 While it’s not specified in the film, the second book titled Gump & Co reveals that Jenny dies from Hepatitis C in the early ’70s. It was contracted from drug abuse, and unfortunately was an unknown disease until 1989.

Instead of being paid his actor’s fee, Tom Hanks took percentage points for the film. This earned him around $40 million total. 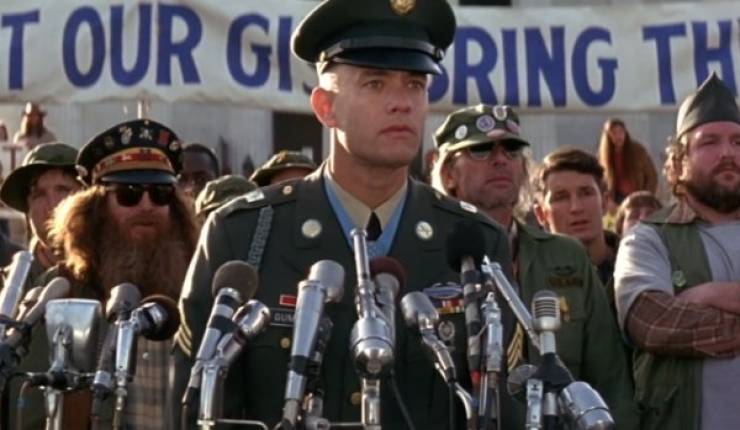 Although you can’t hear Forrest speak during the Vietnam rally, Tom Hanks said there was an actual line we don’t hear.

He says: “Sometimes when people go to Vietnam, they go home to their mommas without any legs. Sometimes they don’t go home at all. That’s a bad thing. That’s all I have to say about that.”

The house Forrest and his mom live in was built for the movie and constructed ‘hastily and not to code.’ It was torn down after shooting ended.

Bill Murray, John Travolta and Chevy Chase turned down the role of Forrest Gump. Travolta later admitted that passing up on the film was a big mistake. 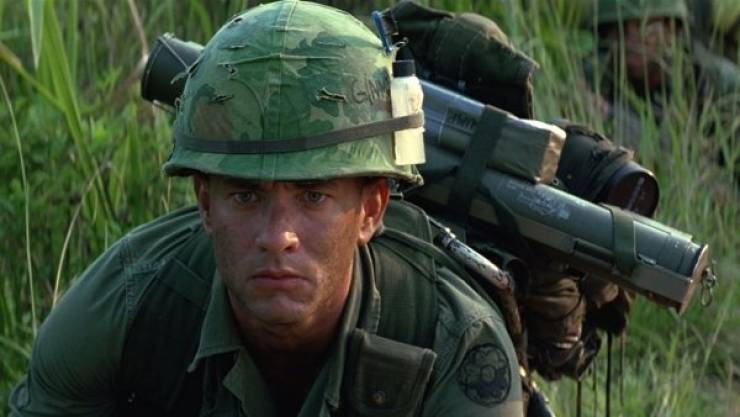 The Vietnam scenes were shot on Fripp Island in South Carolina. CGI was then used to make the environment look more like Vietnam.

The line “My name is Forrest Gump. People call me Forrest Gump,” was improvised by Tom Hanks. 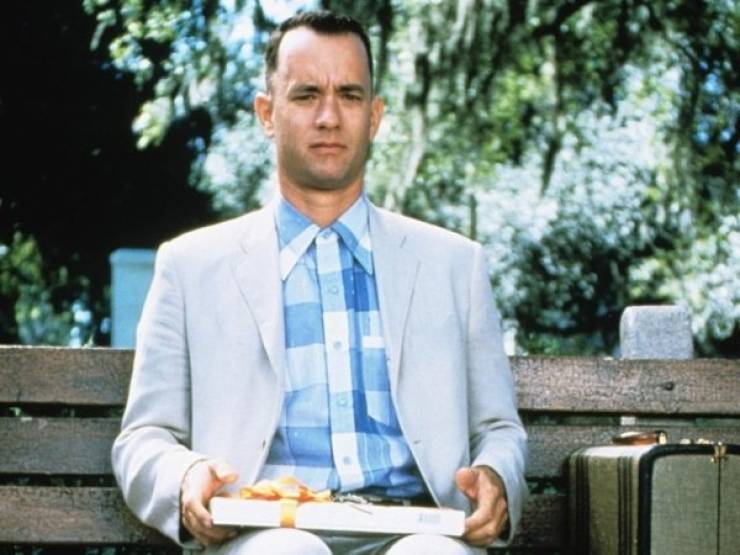 After every transition of Forrest’s age, he is wearing a blue plaid shirt in the first scene of the new time period. 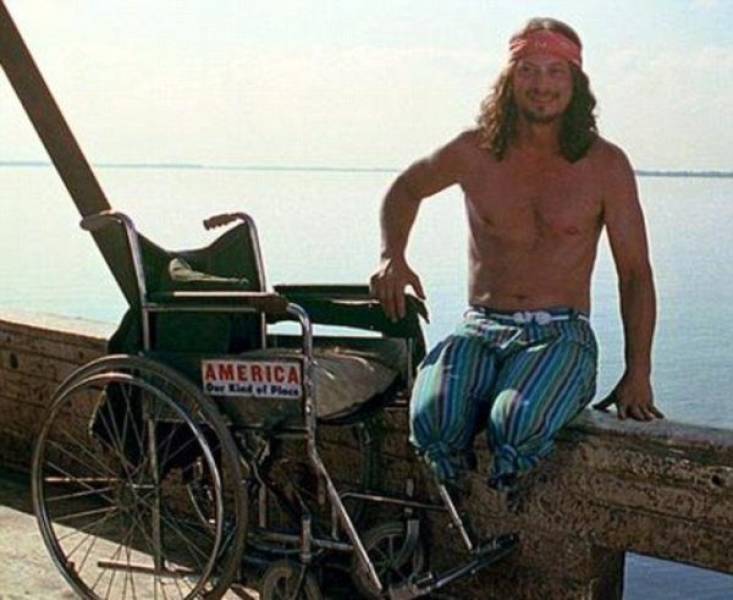 For the scenes when Lt. Dan is paralyzed, Gary Sinise’s legs were wrapped in special blue fabric that allowed filmmakers to remove the bottom half from the film using special effects. 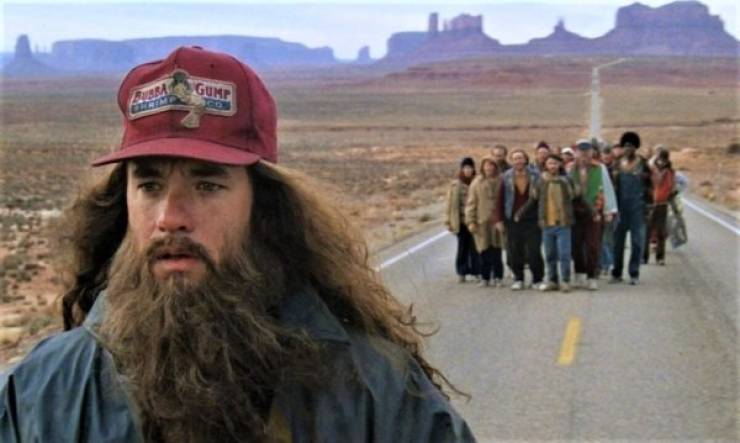 In 1982, a 16 year old named Louis Michael Figueroa ran all the way from New Jersey to San Francisco for the American Cancer Society.

The line “I just put one foot in front of the other. When I get tired, I sleep. When I get hungry, I eat. When I have to go to the bathroom, I go,” was inspired by this true story. 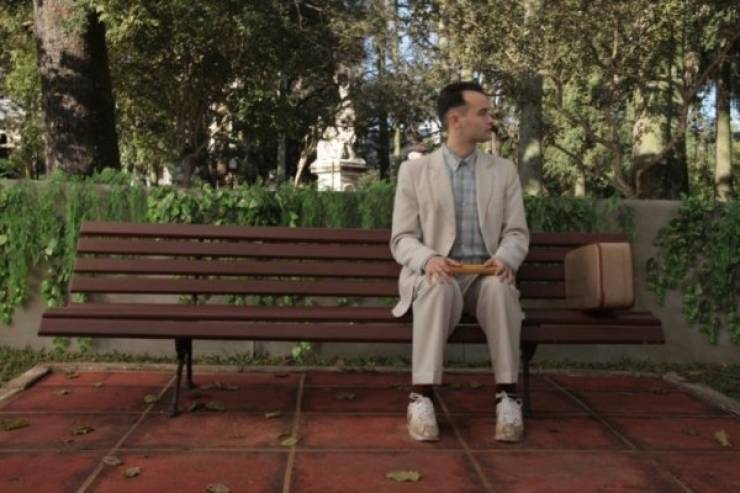 The famous park bench from the film is located in Savannah, Georgia. It has since been removed and put on display in the Savannah History Museum to avoid damage. 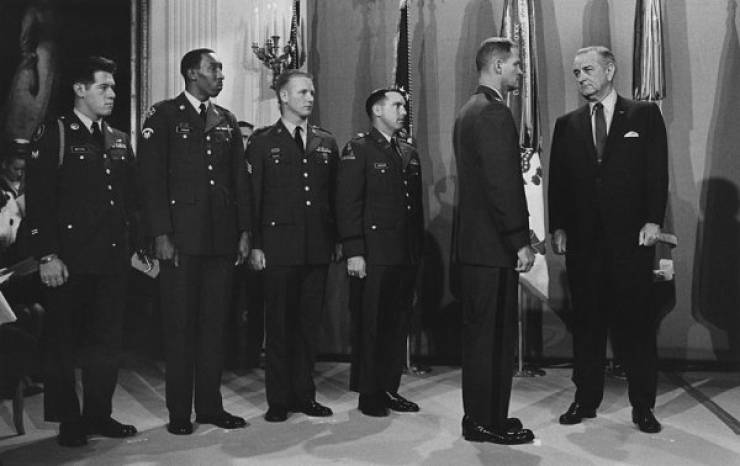 The actor who plays a reporter in the Washington DC scene was actually a tourist visiting Capitol Hill that day. He was asked to read and agreed.

In the film, every photo of Forrest shows Tom Hanks with his eyes closed.

Actress Robin Wright had a cold while filming the nightclub scene. Despite being sick, she still sang during a non-stop 24 hour shoot… Naked. Now that’s impressive. 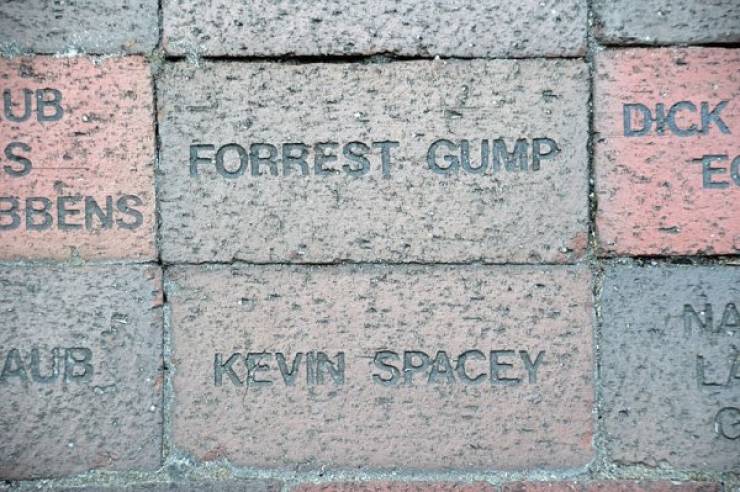 The Library of Congress selected Forrest Gump for preservation in the United States National Film Registry back in 2011. It is described as ‘culturally, historically, or aesthetically significant.’ 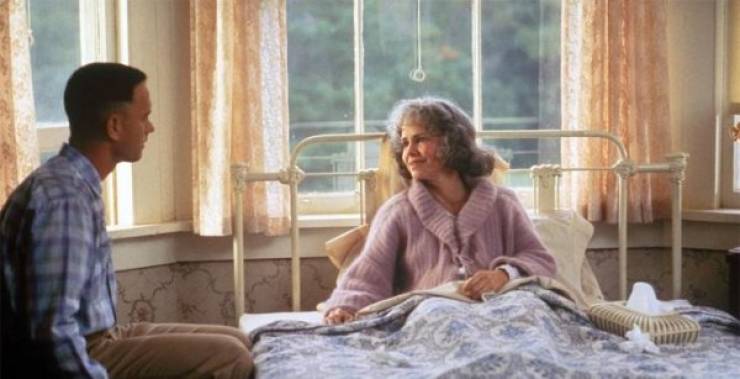 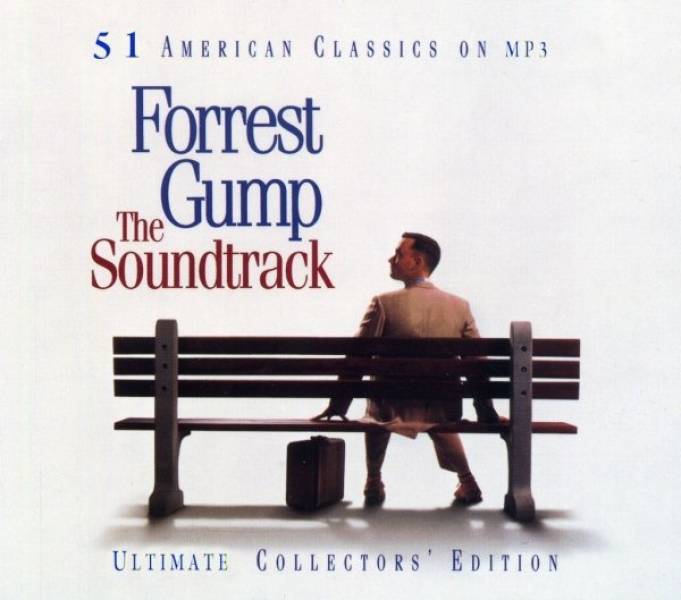 The Forrest Gump soundtrack was so popular that it sold over 12 million copies worldwide. 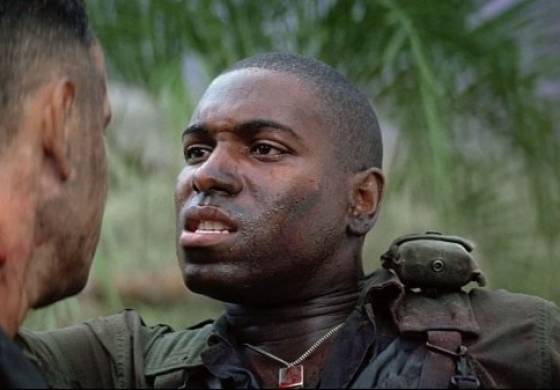 To play Bubba, Mykelti Williamson wore a prosthetic that extended his lower lip.