Shelter Animals That Are Much Happier At Home (23 pics)

“My first boy Charlie was abused and starved so badly that he was really scared of everything. Now he is the biggest love bug and will follow me around the house. He is still scared of strangers sometimes, but we are working on it!” 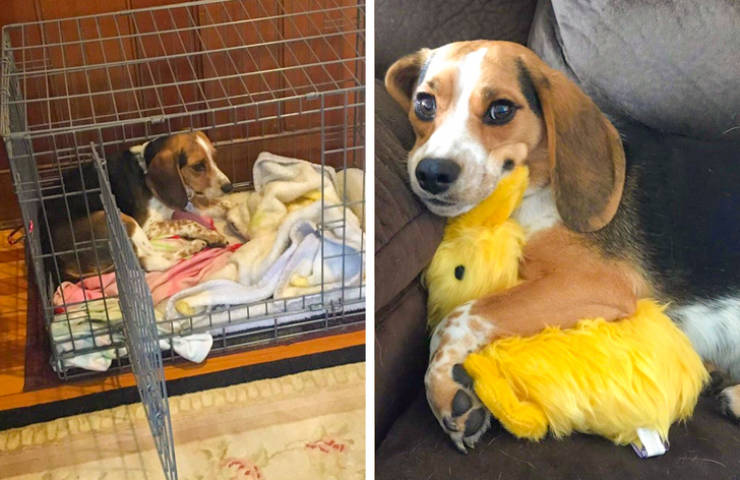 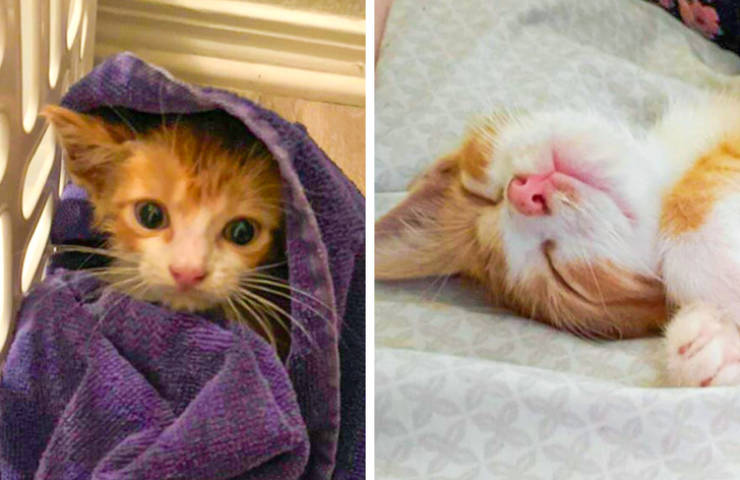 “My good boy, Sawyer. This is the day I found him in the middle of a country road, covered in fleas, and ears full of ticks. Like ticks on top of ticks. The vet guessed he was 5 weeks old. Now he’s about 3 years old and is an amazing ranch dog and the best buddy.” 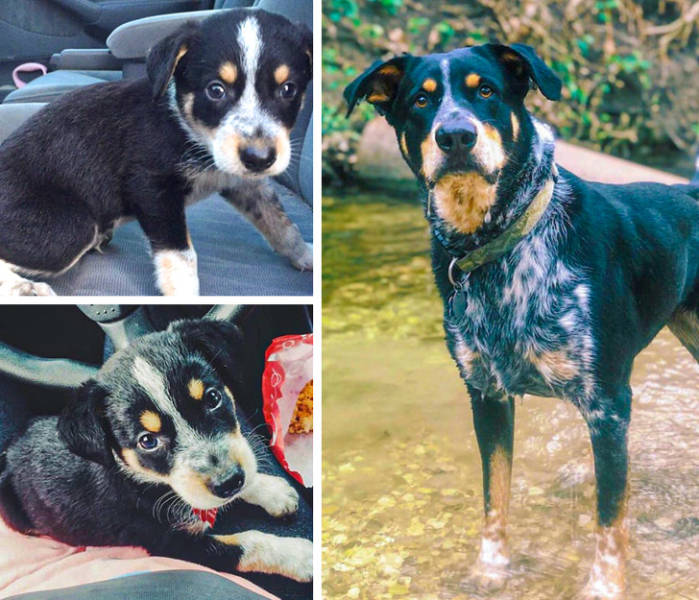 “This is our handsome boy Cayde. 8 years as a farm dog, discarded at the shelter underweight, and covered in embedded grass seeds. He had a partially torn cruciate ligament and a nasty cough, from inhaling seeds, that has never subsided. We’ve had him for almost 2 years now and love him infinitely.” 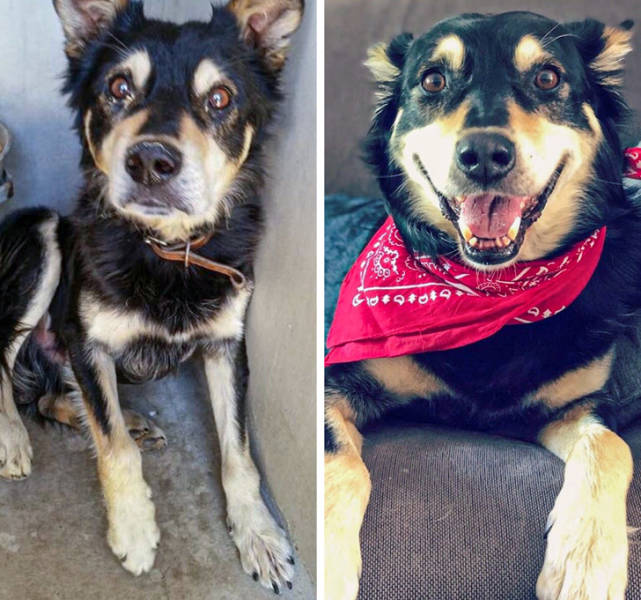 “These brothers were found walking together down a highway in Puerto Rico, scruffy and abandoned. We weren’t really looking to get a dog (let alone 2), but after spending just a few minutes with these cute faces, how could we not keep them forever? Meet Mario and Luigi!” 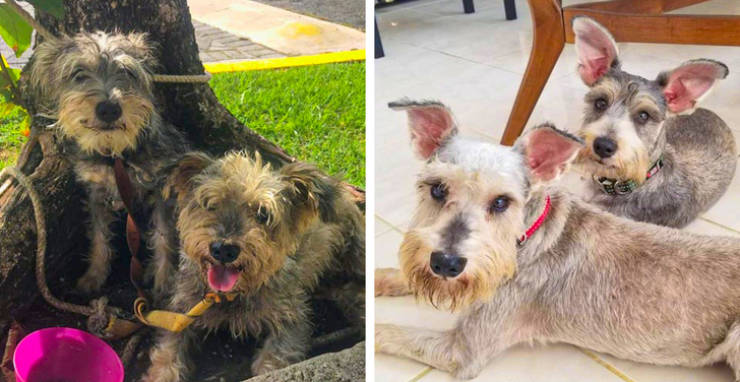 “From a scared puppy at his third shelter that they called ‘Justin,’ to a healthy, happy brother of 2, that we named Marvin. He’s a very good boy.” 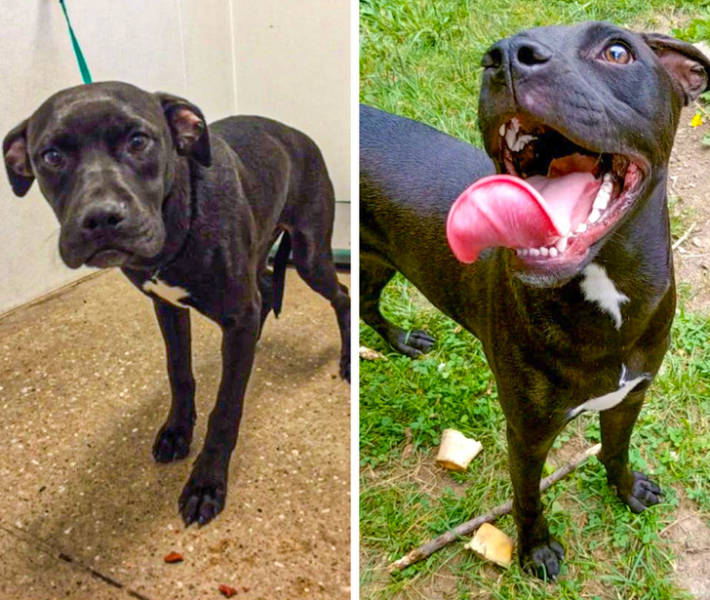 “Charlie was dumped at my vet clinic at 5 weeks old with fleas and an upper respiratory infection. Here he is a year later.” 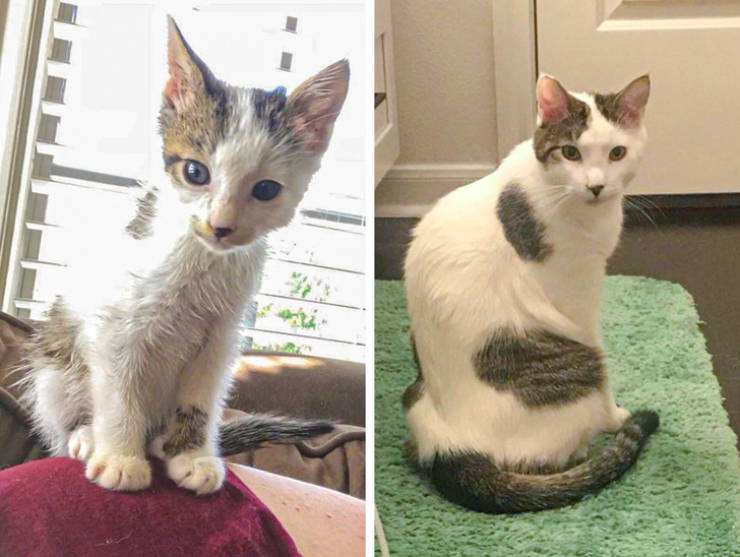 “Just sent off our first foster to his forever home! Been such a rewarding experience!” 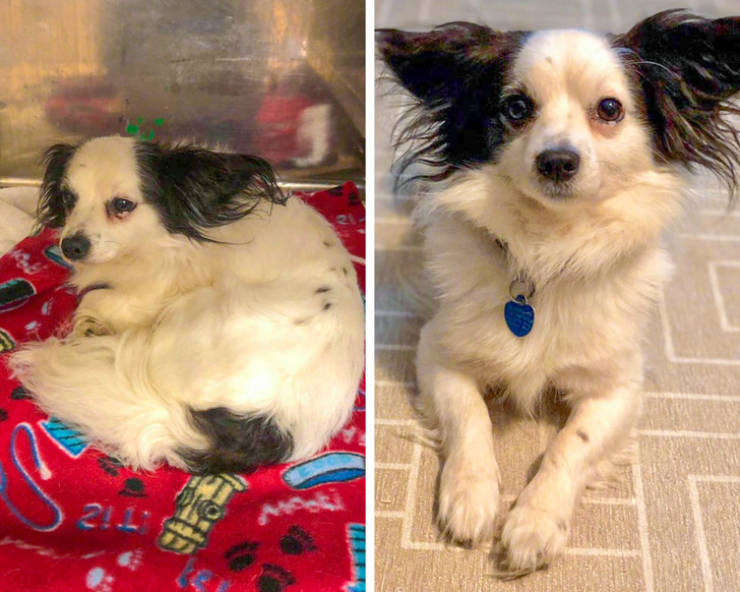 “Here’s my brand new pup named Rory! We saved him just yesterday, he certainly seems happy to be home.” 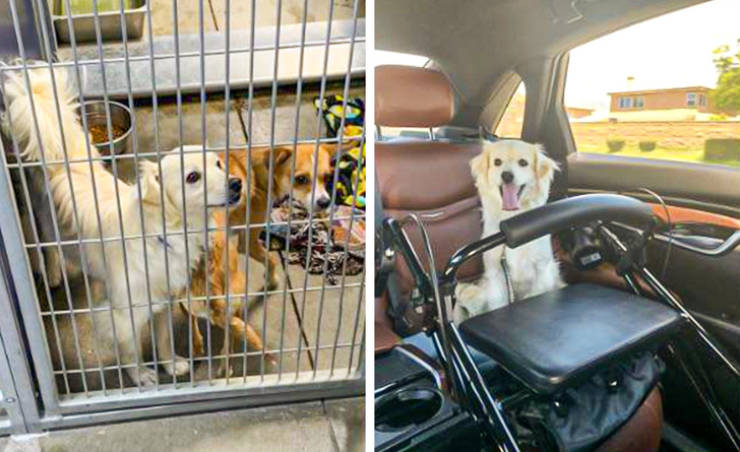 “Max was beaten so badly that he’s mostly blind and we’ve still got a long way to go. Now he’s home with me and I’m so excited to have the best partner in crime!” 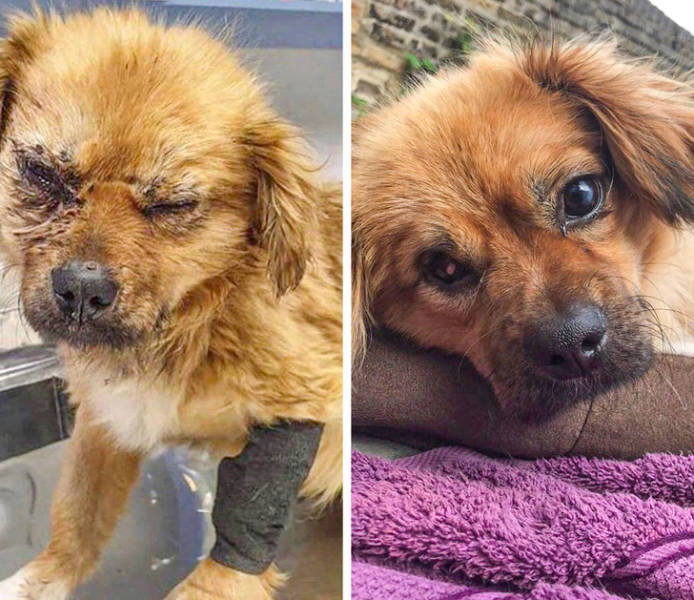 “Found her pregnant and malnourished. After a few years of love and care, she is now our fluffy beautiful girl!” 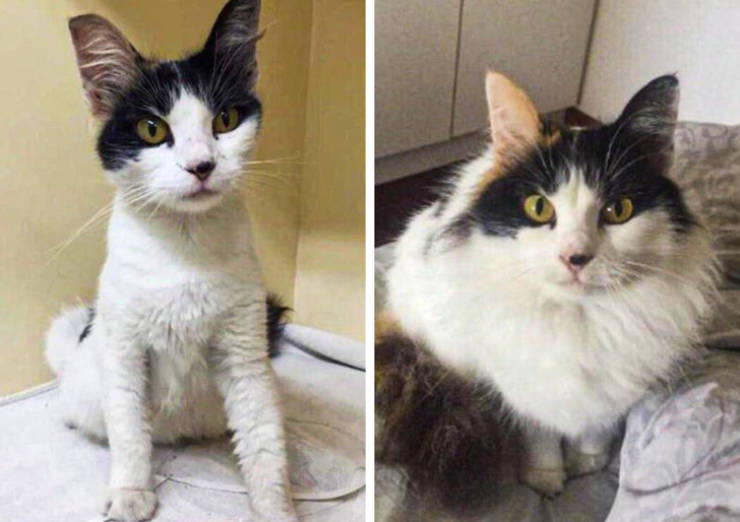 “We adopted Henry last fall. His adoption photo is from the shelter where they found him in July. He’s a very good big boy!” 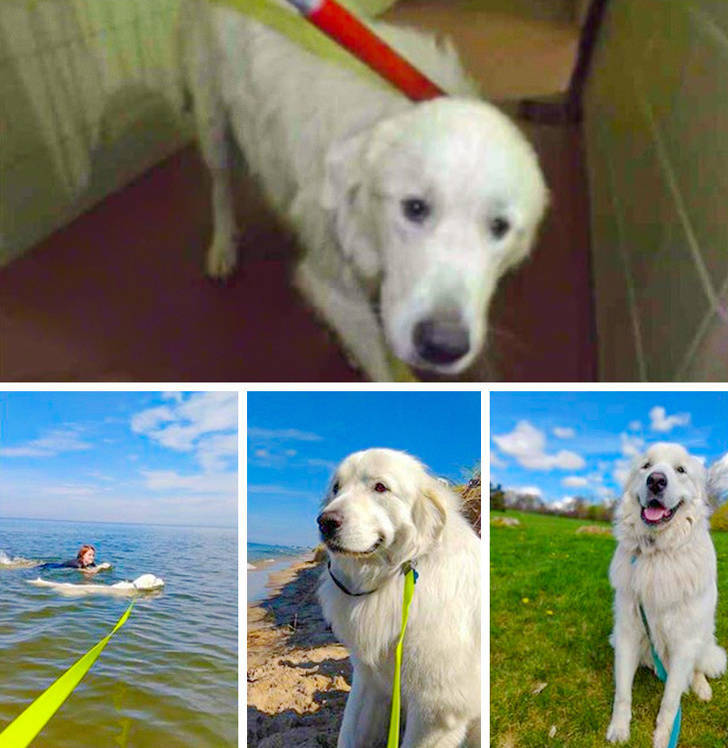 “This 10-year-old girl was neglected by her previous owners. She took a while to come out of her shell, but now she’s the sweetest old gal.” 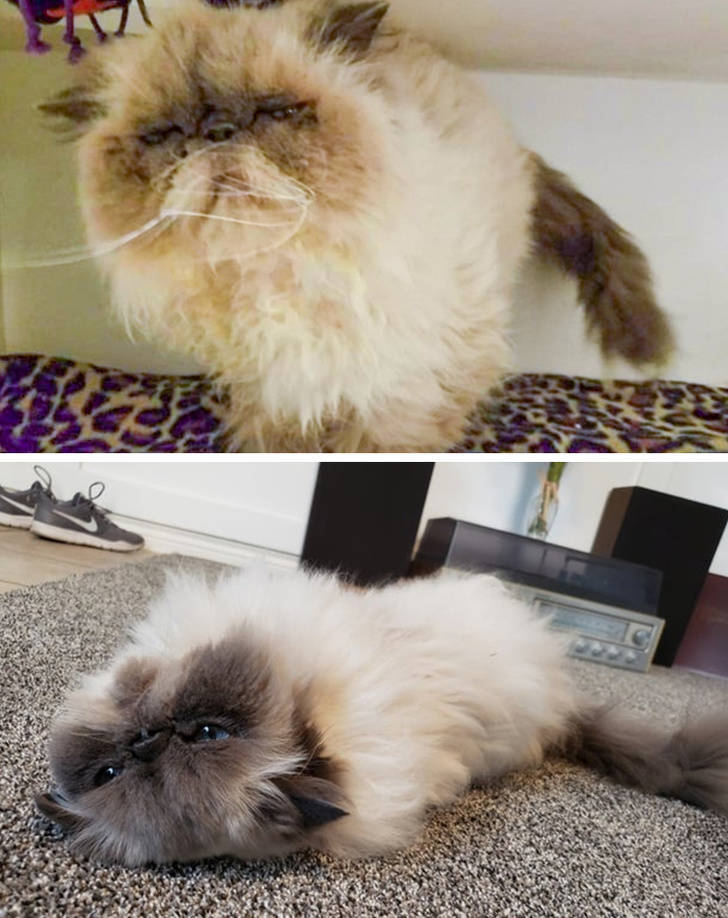 “This is Shoyu. We adopted him a week ago and groomed him today.” 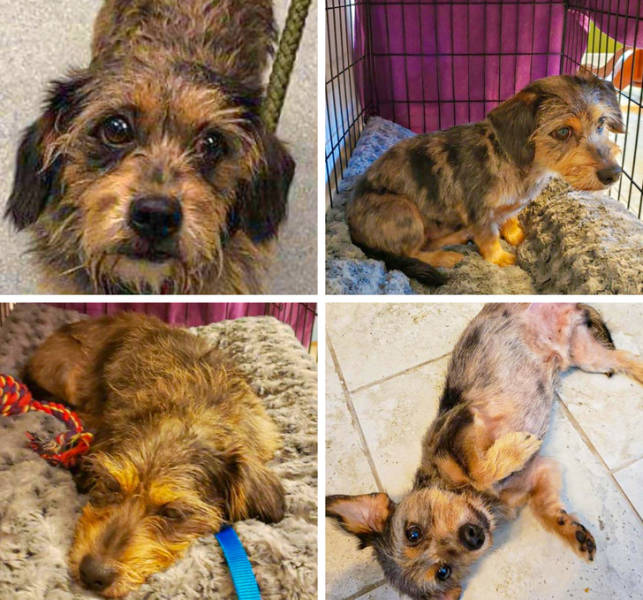 “Meet Gus. He’s the good boy I found a year ago walking down a forest road, starving, with thousands of fleas and ticks on him. Now we share a pillow every night that he thinks is his. Not spoiled at all.” 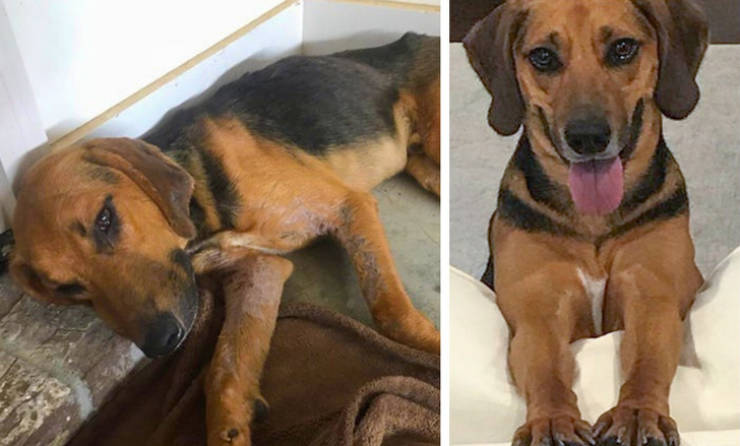 “Lugh, when we first brought him home as a foster vs 6 months later after we made the best decision ever and adopted him!” 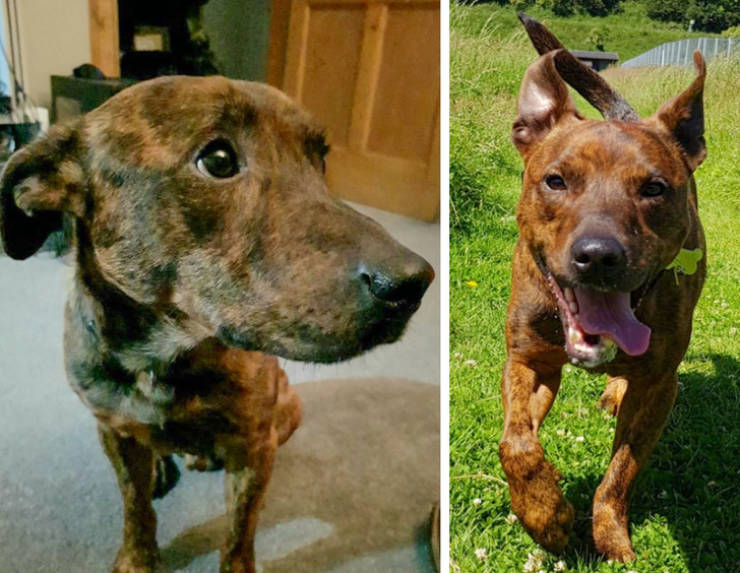 “Meet Gorgeous George! He was brought to rescue about a month ago, and my wife just couldn’t say no. He’s still pretty patchy, but he’s looking more like the gorgeous boy we knew he’d be!” 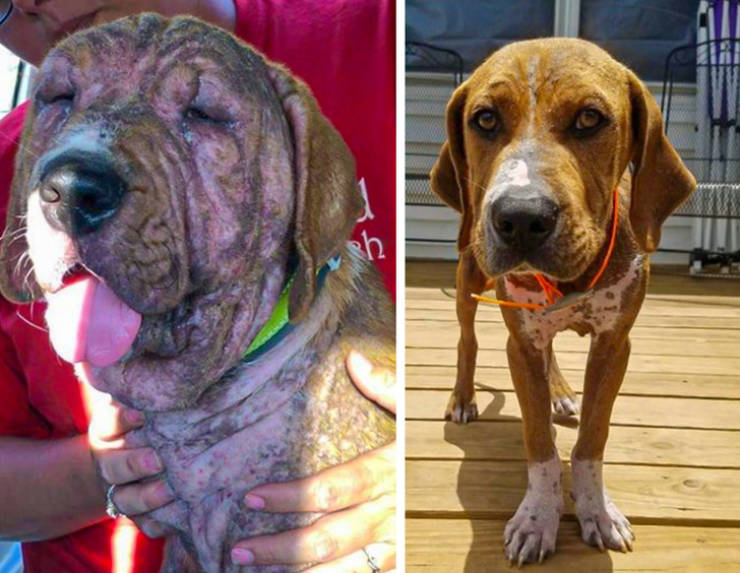 “Meet Syl! From being abandoned by her mom on the streets to having a healthy life with a loving family.” 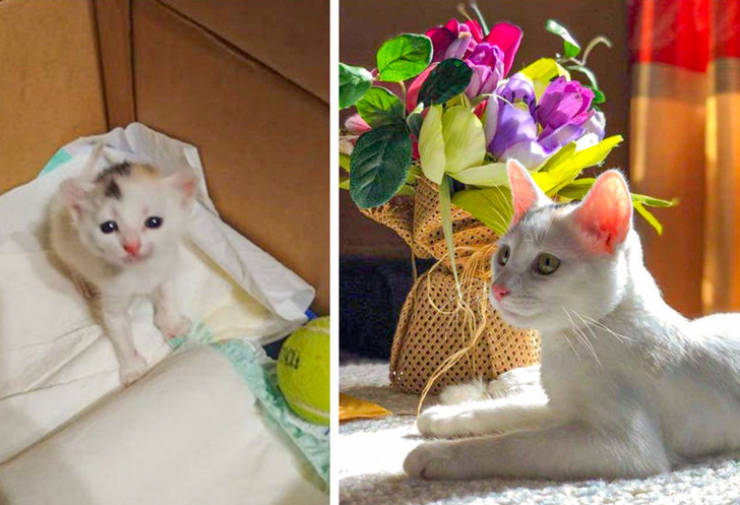 “Willy found a home today! Thank you all for the support. I made sure to give him love from everyone here.” 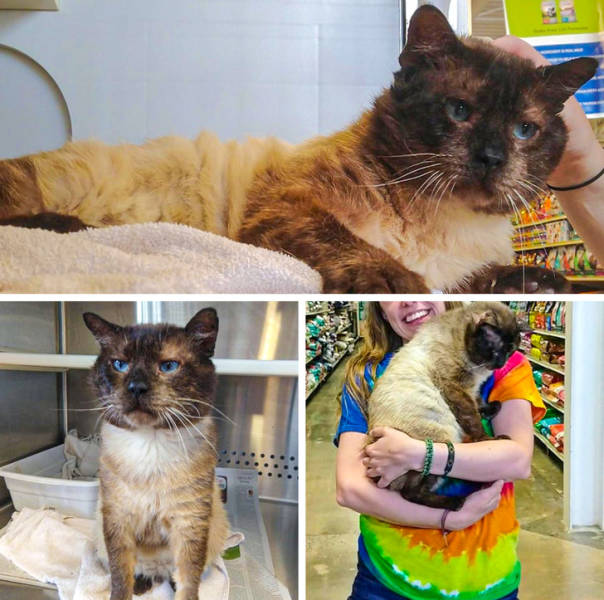 “Meet Atlas! I adopted him when I was stationed in Florida. It’s been 3 years and he’s about to do his second military move! He spent his first week of freedom stealing rotisserie chickens off the kitchen counter. Sneaky is an understatement.” 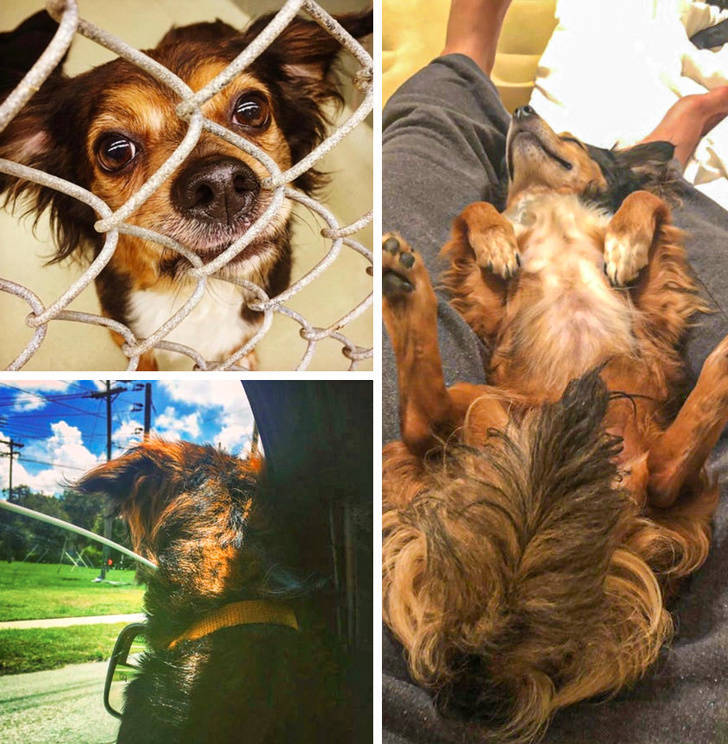 “Everybody meet Dutch! This is his picture at the animal shelter a year ago and him now.” 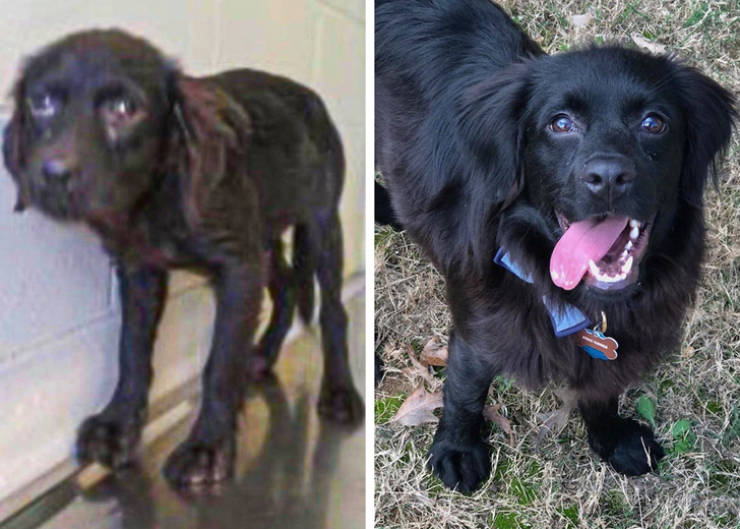 “Charlie the pitty in the shelter and one year later!” 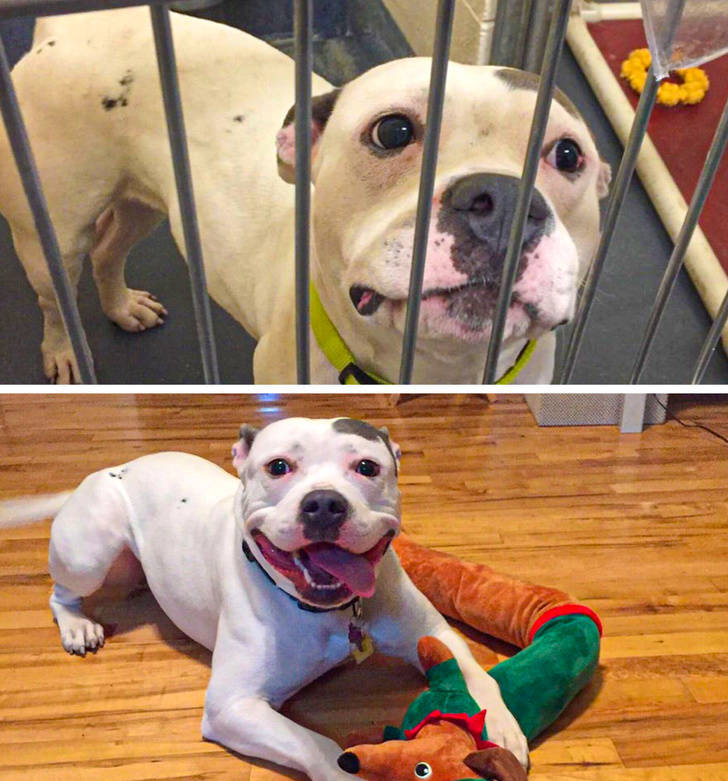 “My friends found this little stowaway in their car (engine?) one morning... Just over a year later, he’s grown into quite the handsome fella! Meet Matsuda.” 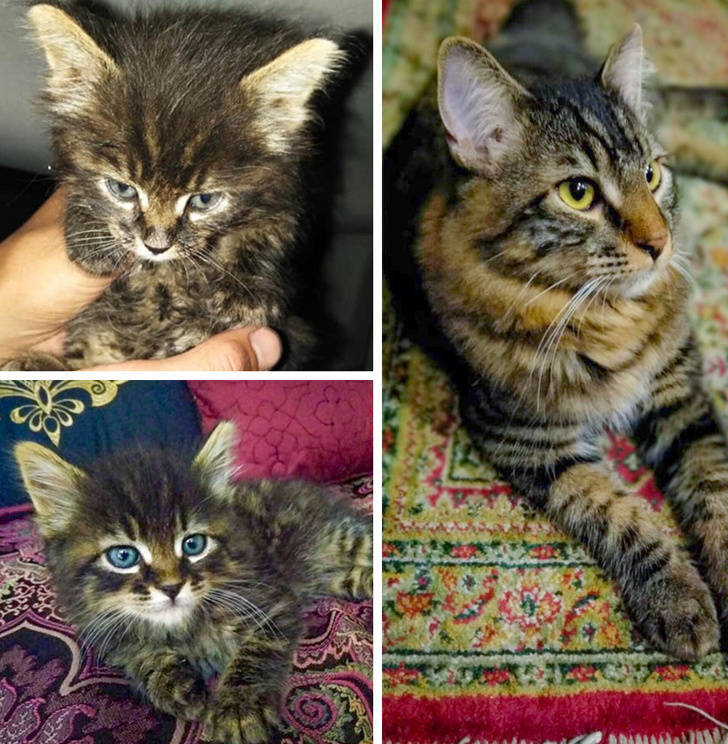 Compilation 10 month s ago
We are on our second rescue dog. We love them.
Reply
0

Order 4 month s ago
... had a first hand experience with feral cats and kittens. If puppies can adopt to the new human environment fairly quickly I can't say that about felines even after 8 years... sorry, don't believe it.
Reply
0

Cream 4 month s ago
We started the process of adopting a feral cat 3 years ago. It took a very long time to get him to trust us, but now he sleeps between us on the couch while we watch TV, and he tries to sleep on my pillow every night. When I retake my pillow he tries to sleep on my head. Some ferals will accept you as far as they can, and will remain with you even if they never seem to actually love you. Other ferals turn into housecats who behave as if they'd been with you since they were kittens.
Reply