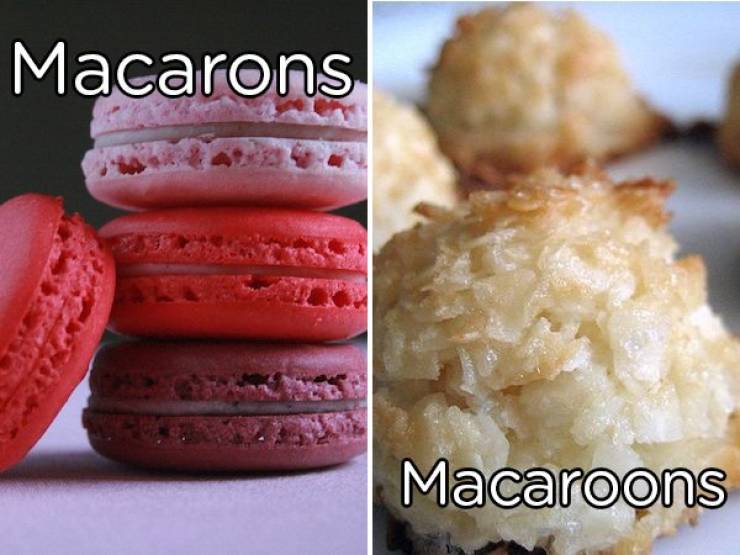 Macarons are those colorful little sandwich cookies that are a pain in the [email protected]@ to cook. Macaroons are cookies made with shredded coconut, usually toasted until golden brown. 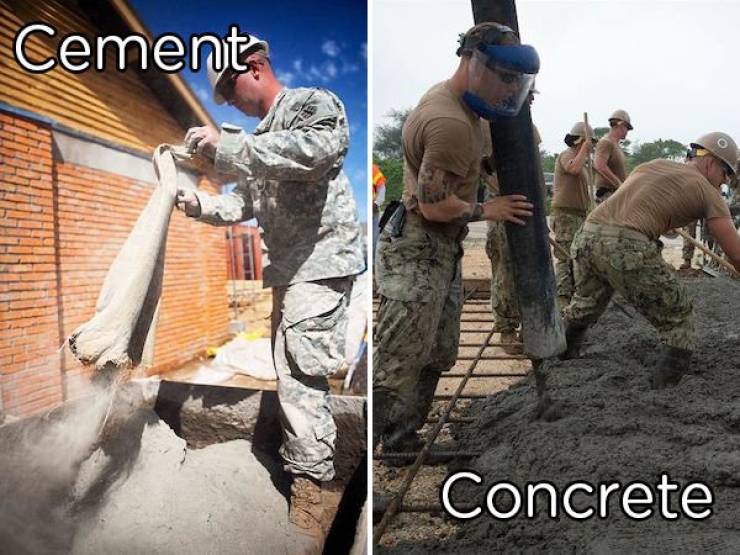 Cement is used as a binding tool and very rarely by itself. Concrete, on the other hand, is a strong building material consisting of cement and other material. 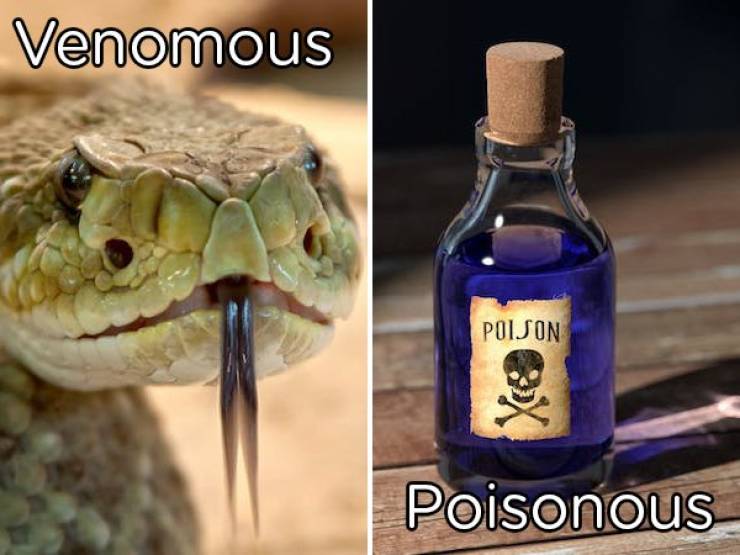 Something that is venomous, like a snake, must inject the venom into something’s bloodstream. Something poisonous, like plants or chemicals don’t deliver the toxin directly and can be harmful through touch, taste, or even if inhaled. 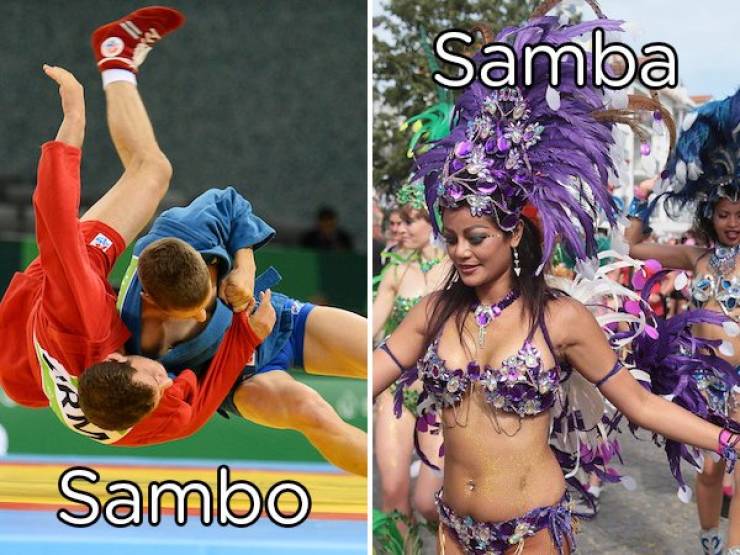 Sambo is a Russian martial art meaning “self-defense without weapons.” Samba is a dance, or dance styles. 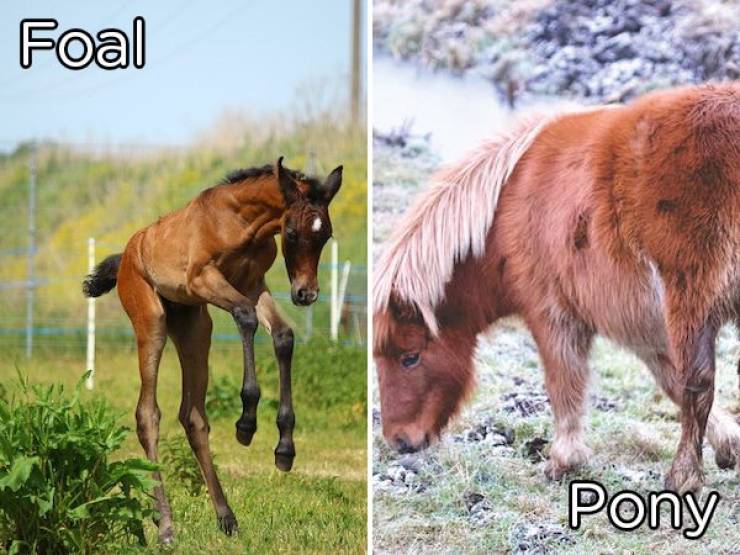 Foals are young horses. Ponies are a breed of smaller horse. 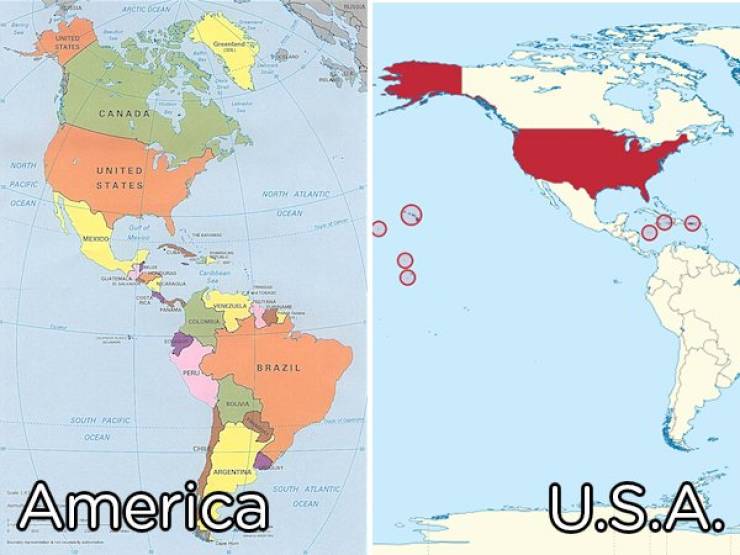 Shockingly, people get this wrong all the time. America is the whole of the continents of North and South America. The USA is the United States of America. 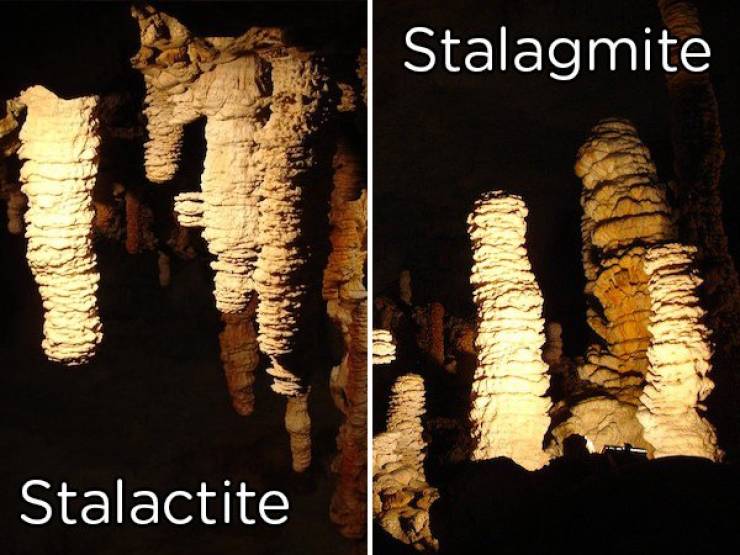 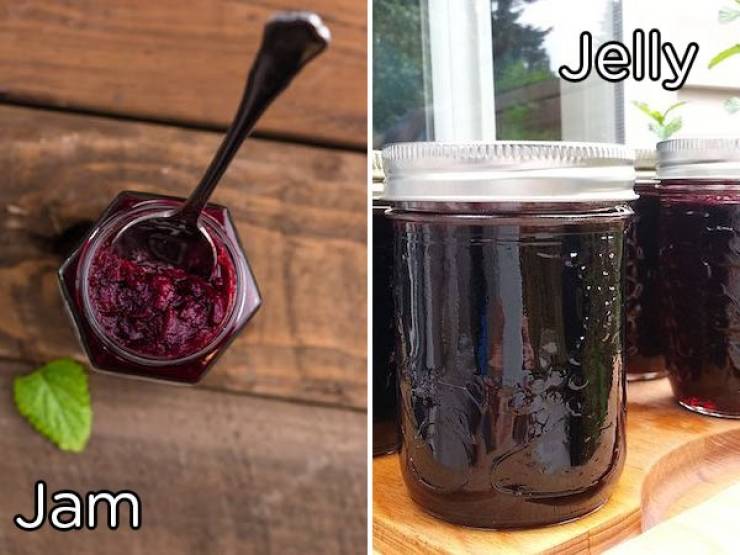 The main difference is I can’t jelly my d… Ok this isn’t that sort of post. Jam is a fruit preserve made of fresh fruit and its juice. Jelly is made solely from the juice. 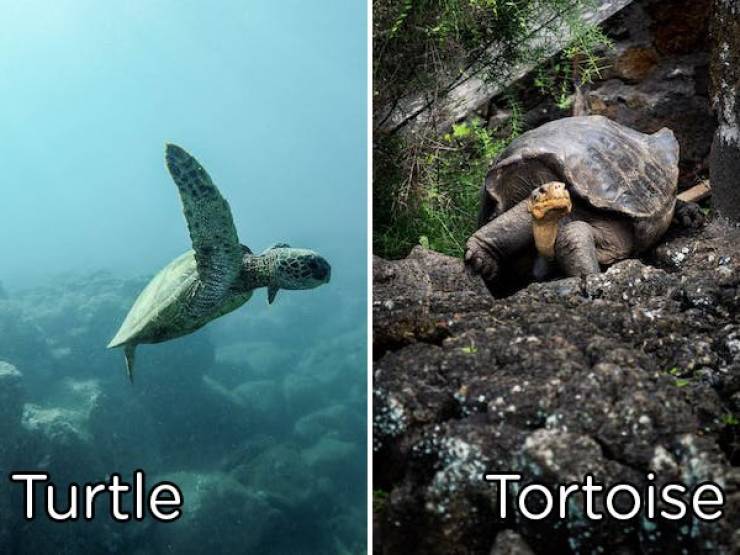 Turtles have a physiology, like flatter shells and webbed feet, that makes living underwater much easier. A tortoise spends it’s time on land, is heavier and has a large, dome-shaped shell. 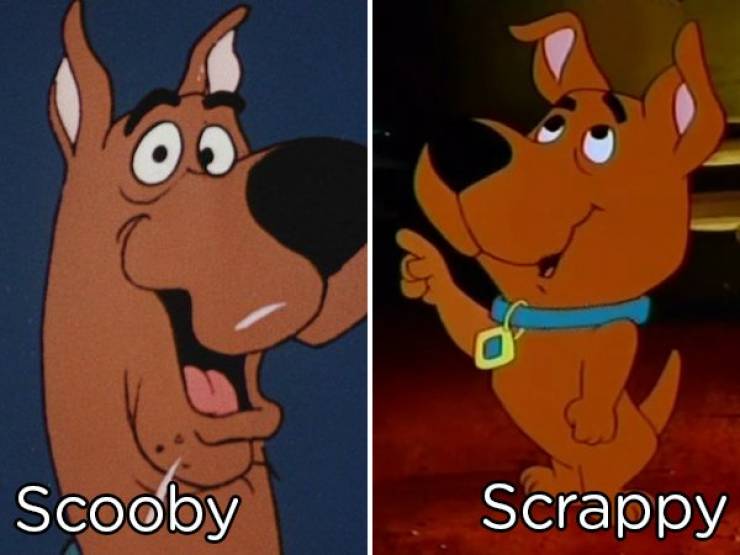 Hopefully no one actually makes this mistake but just in case anyone is tempted too: Scooby Doo is the greatest of Great Danes that was also a crime solving dog and Shaggy’s best friend. Scrappy was an arrogant [email protected]#$er with a little man’s complex that literally ruined the show. 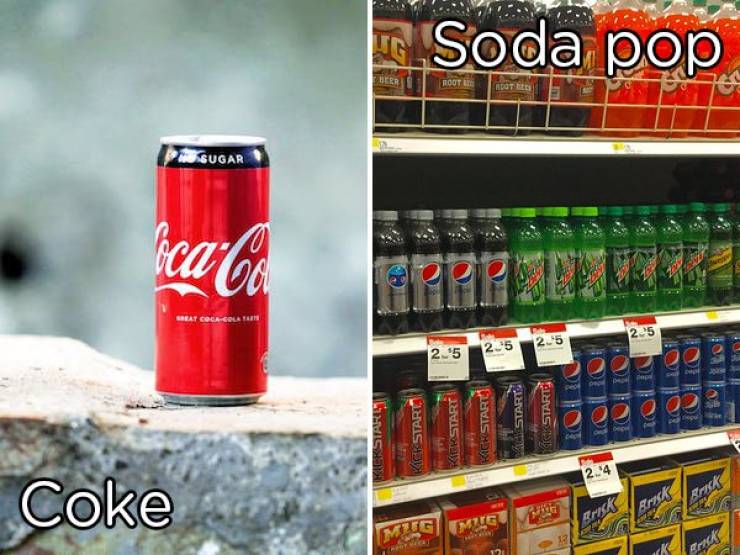 Coke is a brand of soda unless you’re from the south, then it is every soda pop. Soda pop is the generic term used for all your favorite sugary carbonated soft drinks. 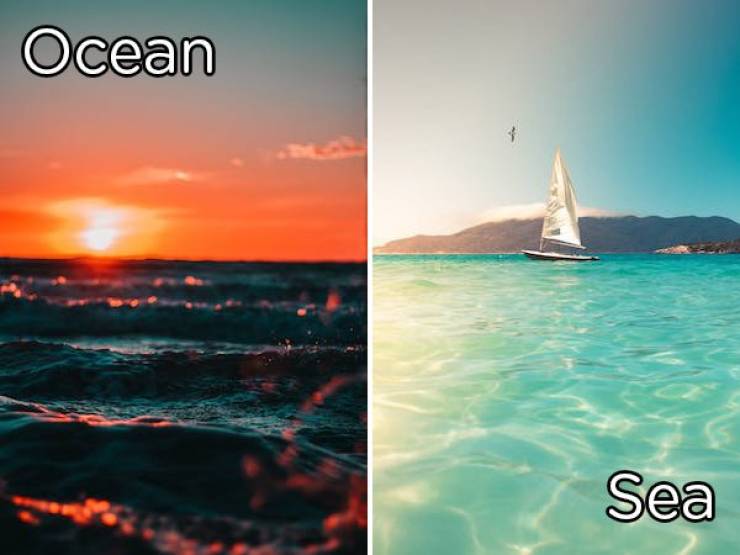 Seas are smaller and generally located where oceans meet land. Oceans are interconnected masses of saltwater where boundaries are established by continental land masses. 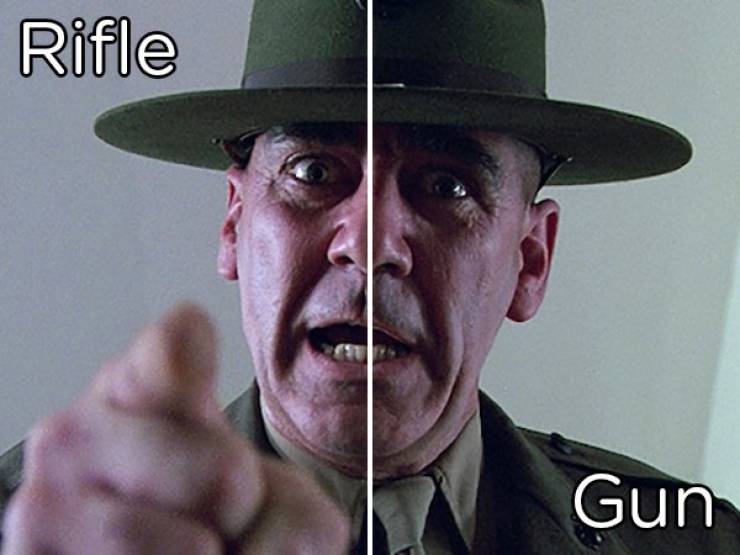 According to R. Lee Emery, one is for shooting and one is for fun. If you know, you know. 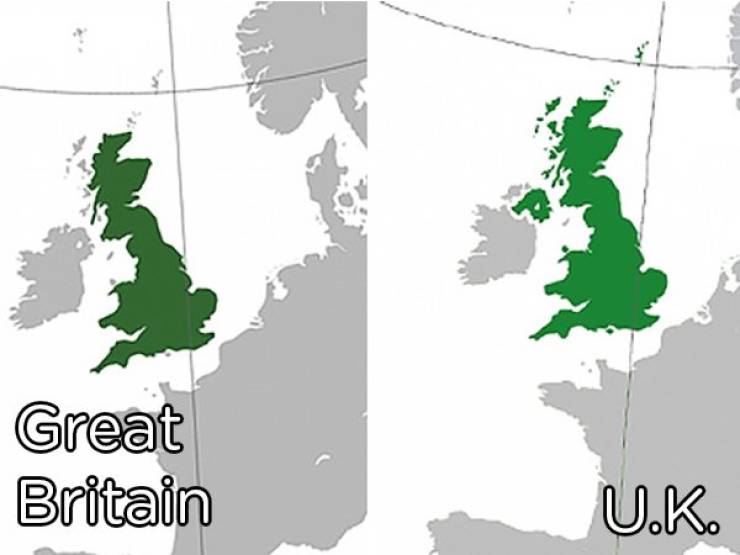 Great Britain is an island that is part of the UK. The UK includes North Eastern Ireland as well as Great Britain. 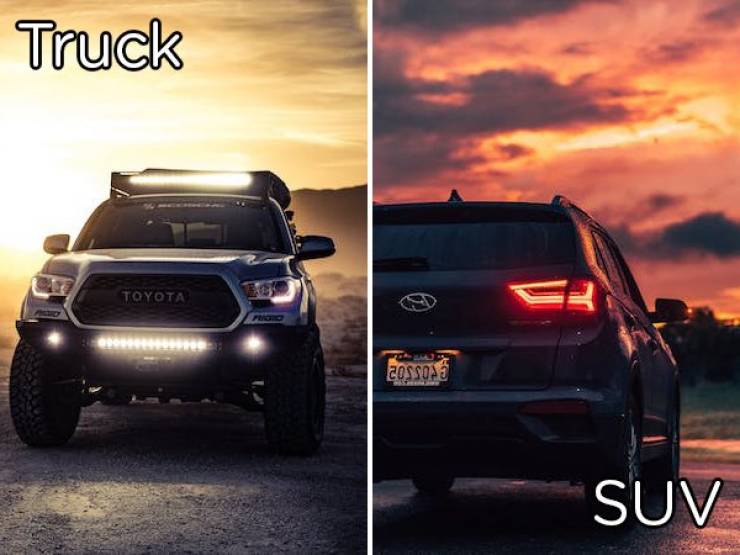 Sure, many SUV’s are built on truck chassis, but dammit an SUV is not a truck. A (pick-up) truck has a bed and means no one will ever leave you the hell alone because they’ll always want help moving [email protected]#t. SUV’s, particularly crossovers are built on car chassis now and are used for the delivery of kids and groceries.

Groom 10 month s ago
Great post. I love this site. Not just funny pictures but you can learn something too. Keep up the great work!
Reply
0

Tymusz 10 month s ago
stalactites has the word TIT in it, and tits hang.
Reply