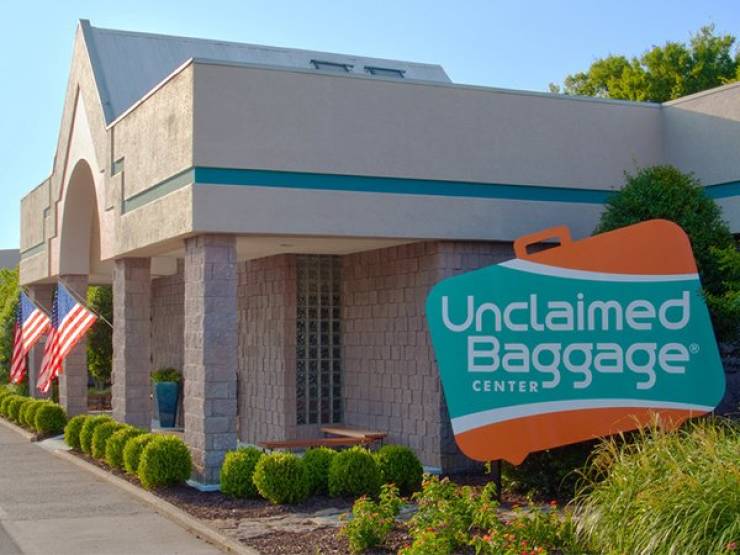 ALABAMA: There’s a store in Alabama that sells unclaimed baggage.

ALASKA: Alaska is the only state name that you can type on one row of a keyboard.

ARIZONA: There aren’t any dinosaur fossils at the Grand Canyon because the rocks are much older than the dinosaurs.

ARKANSAS: The most valuable diamond ever discovered in the US was found in Arkansas. 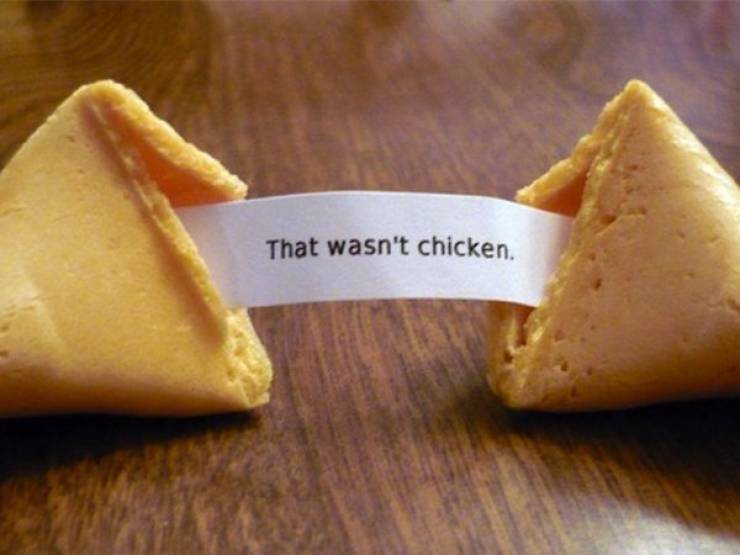 CALIFORNIA: The fortune cookie was invented in San Francisco.

COLORADO: There has never been a US president or vice president born in Colorado.

CONNECTICUT: The first phone book in the US was printed in New Haven in 1878. It contained 15 contacts. 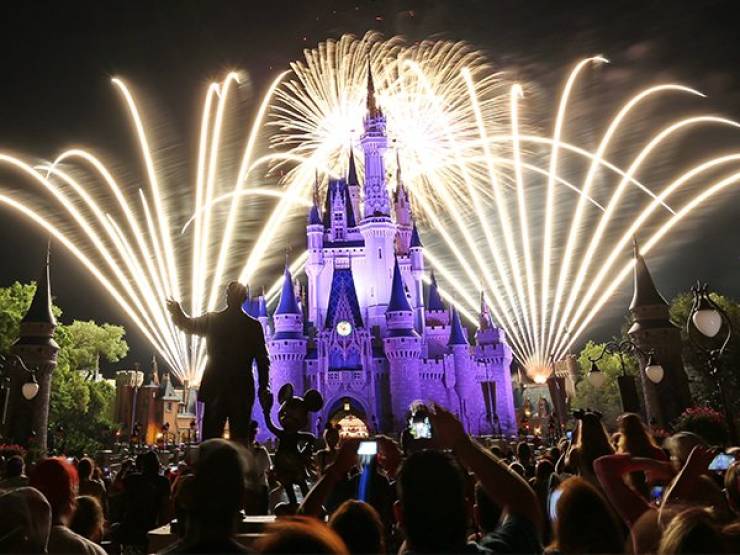 FLORIDA: It is illegal to spread a loved one’s ashes at Disney World (although many people try).

GEORGIA: The phrase “Good night, sleep tight, don’t let the bed bugs bite!” started in Georgia when Colonials would bind their mattresses with Spanish Moss which brought tiny bed bugs into the mattresses.

IDAHO: The highest ethnic population for Idaho is “Other.” 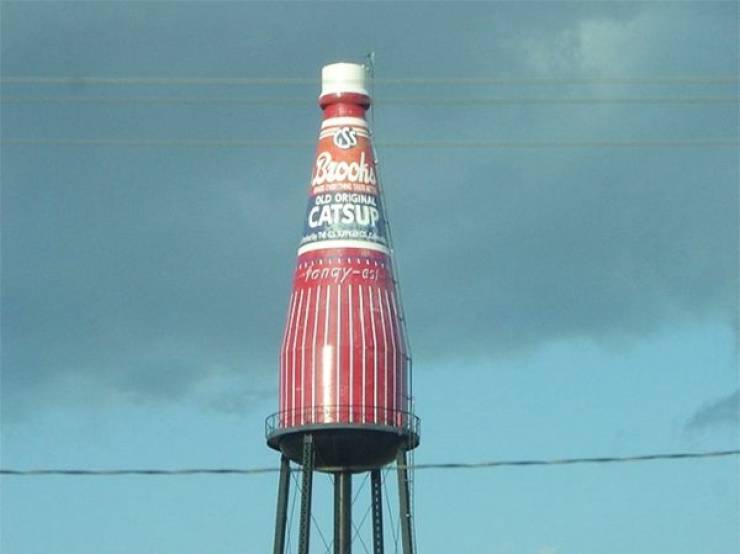 ILLINOIS: The state is home to the world’s largest bottle of ‘catsup.’

INDIANA: Indiana is home to the world’s largest Batman memorabilia collection. Kevin Silva has collected his way into the Guinness Book of World Records with over 2500 Gotham City souvenirs.

IOWA: Pigs outnumber the human population in Iowa about 7-to-1.

KANSAS: It really is flatter than a pancake. Scientists proved it when they compared the topography of Kansas against that of a pancake from IHOP. 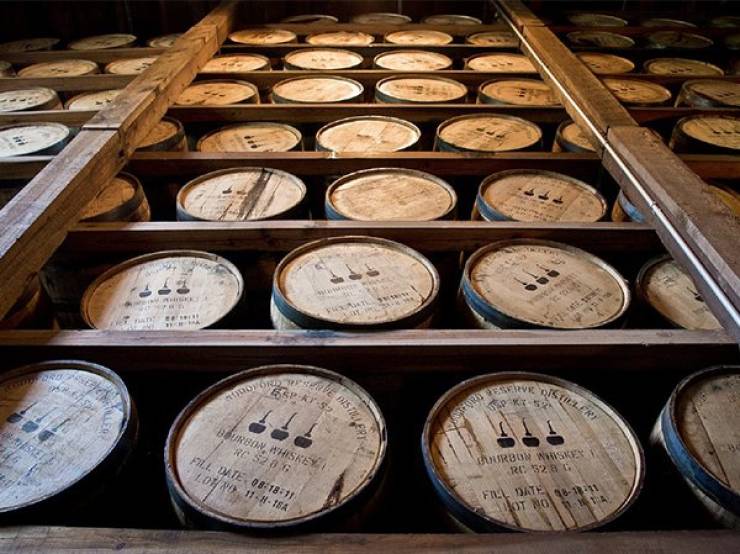 KENTUCKY: There are more barrels of bourbon than people in Kentucky.

LOUISIANA: Milk is the official state drink of Louisiana.

MARYLAND: The first Ouija board was invented in Maryland. 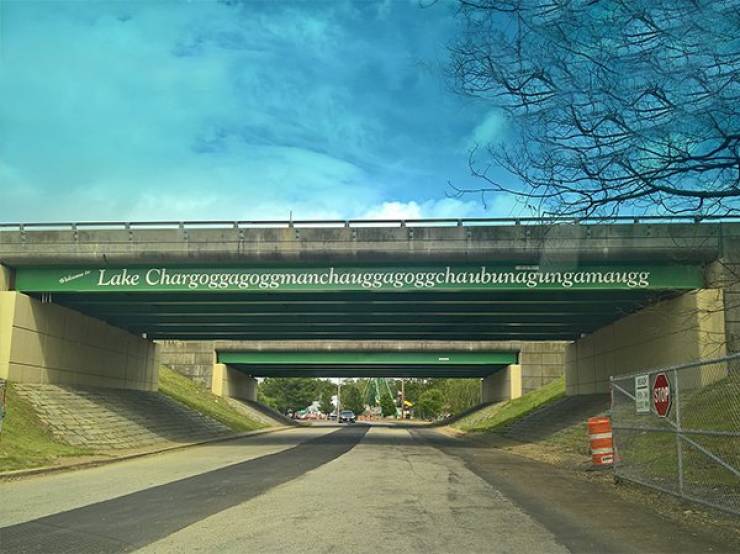 MASSACHUSETTS: Massachusetts is home to the lake with the longest name in the world: Lake Chargoggagoggmanchauggagoggchaubunagungamaugg.

MICHIGAN: Similarly to the Bermuda Triangle, the mysterious Michigan Triangle is the site of many ship and plane disappearances.

MINNESOTA: The Mall of America in Bloomington, Minnesota is big enough to hold 32 Boeing 747 airplanes.

MISSISSIPPI: Shoes were first sold in pairs in Vicksburg, Mississippi. 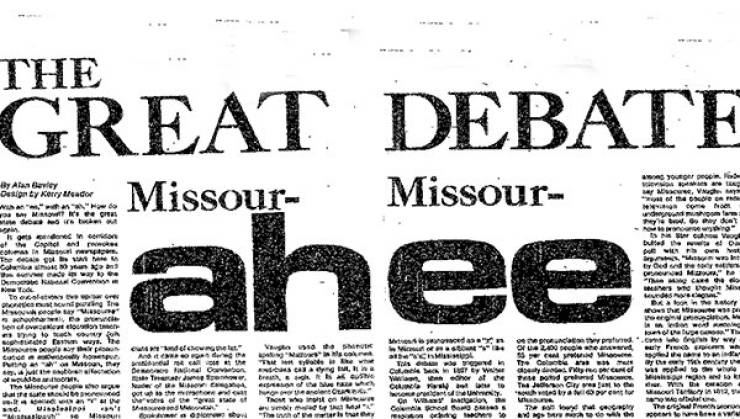 MISSOURI: To appeal to as many voters as possible, politicians will pronounce “Missouri” two different ways—Missouree and Missouruh—in the same speech.

MONTANA: The Museum of the Rockies has one of the largest collections of dinosaur fossils on Earth. It’s also home to 13 T-Rex specimens, more than anywhere else in the world.

NEBRASKA: Kool-Aid is the official state soft drink of Nebraska.

NEVADA: At 60,000 pounds, there is more shrimp consumed in Las Vegas per day than the rest of the country combined. 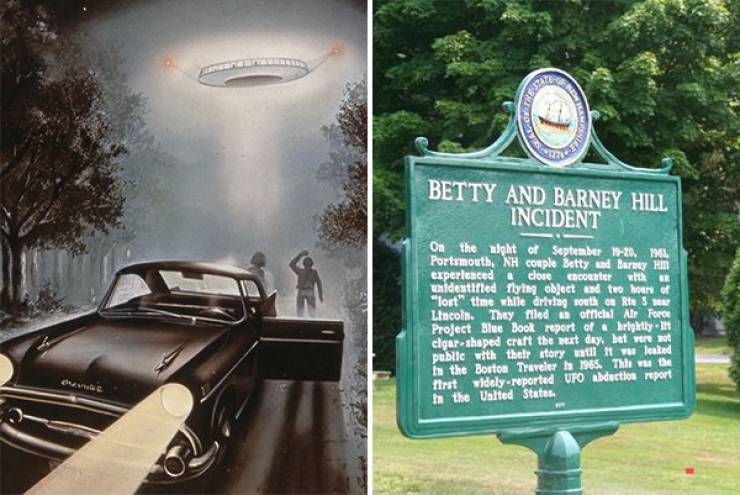 NEW HAMPSHIRE: It’s home to the first-ever known case of an alien kidnapping in 1961 when Betty and Barney Hill announced that they were abducted by extraterrestrials and taken into a UFO. There is a state historical marker at the “abduction site.”

NEW MEXICO: New Mexico is home to the largest hot air balloon festival in the world.

NEW YORK: The Statue of Liberty’s iconic arm actually arrived in New York a decade earlier than the other 349 pieces. When it arrived in 1876, it was put on display at the Centennial Exposition to raise money for the construction project. 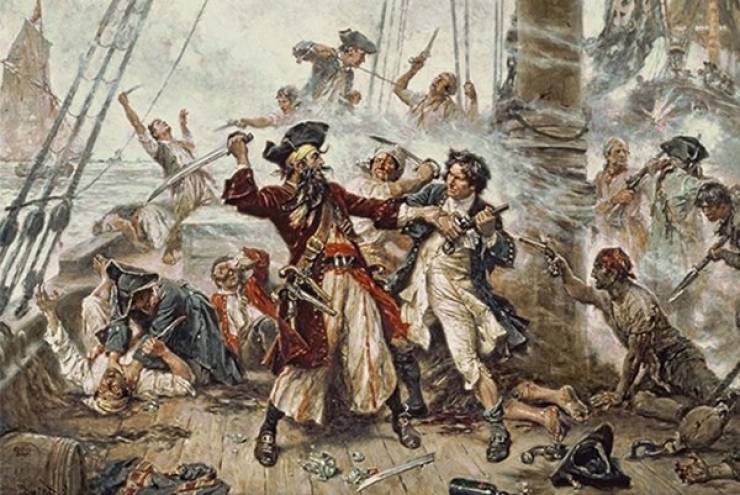 NORTH CAROLINA: Blackbeard the pirate died off of the North Carolina shore after a bloody battle with the British navy.

OHIO: A nationwide survey ranked Ohioans as most known for “cursing like a sailor.”

OKLAHOMA: Because of the frequent sightings, there is an annual Big Foot Festival in Honobia, Oklahoma. 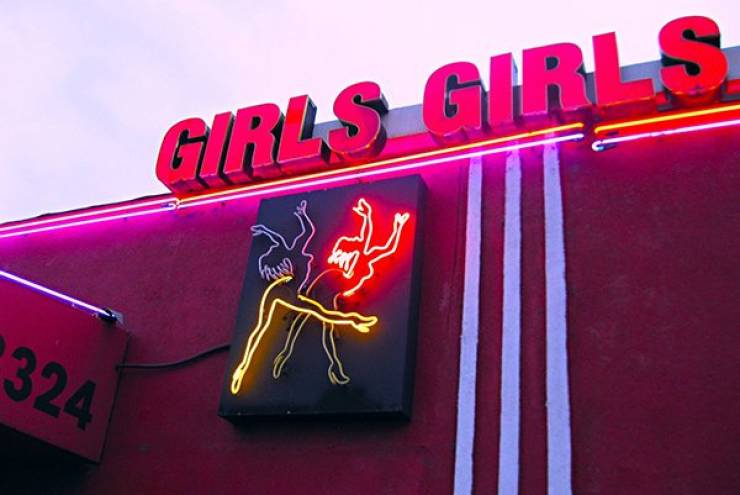 OREGON: Portland, Oregon has more strip clubs than any other city in the U.S.

PENNSYLVANIA: Pennsylvania is the birthplace of a lot of America’s favorite junk food including Peeps, Hershey, Auntie Anne’s, etc.

SOUTH CAROLINA: Despite Georgia being known for peaches, more peaches are actually produced in South Carolina. 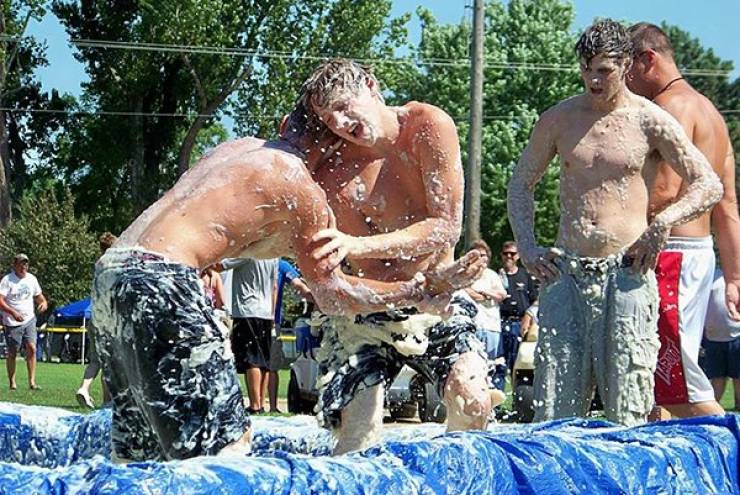 TENNESSEE: Mountain Dew was originally invented there as a mixer to cut the acrid taste of homemade moonshine. Pepsi later bought the recipe in 1964.

TEXAS: The King Ranch in South Texas is larger than the state of Rhode Island, covering 1,289 square miles.

And just because everything is bigger in Texas (and it’s my home state), here’s another fun fact: The U.S. has three power grids: One for the East, one for the West, and one for Texas.

UTAH: Utahans eat twice the amount of lime green Jell-O as the rest of the US population. (A popular way to consume the treat in Utah is to add shredded carrots to the mix.) 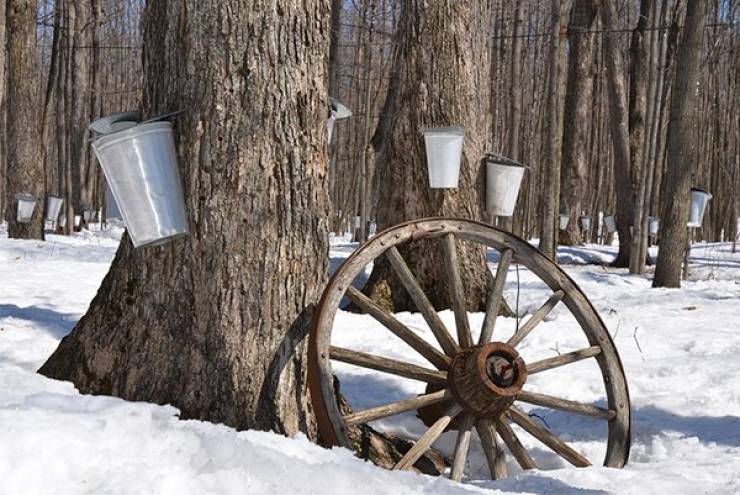 VERMONT: Vermont produces an average of 1.2 million gallons of maple syrup every year.

VIRGINIA: The first college fraternity was founded in the College of William & Mary in 1776.

WASHINGTON: In 1909, a one-month-old baby was raffled off at the Seattle World’s Fair. A winning ticket was drawn, but no one ever tried to claim their prize. 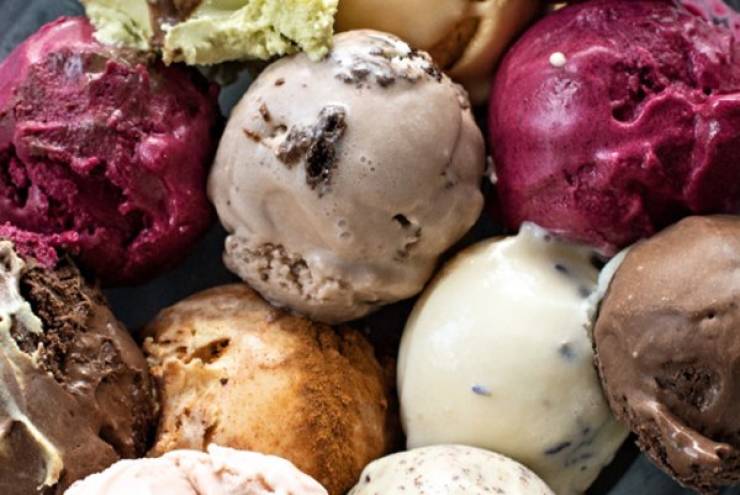 WISCONSIN: Nearly 21 million gallons of ice cream are consumed by Wisconsinites each year.

WYOMING: And last but certainly not least, there are only two escalators in the entire state of Wyoming, four if you count the up and down sides as independent systems.

Order 10 month s ago
I'm convinced Izi gets his 'facts' lists from antivaxxers and flat-earthers, and this article is a good example of that.
Reply
0