Do Americans Really Do Things They Do On TV? (25 pics) 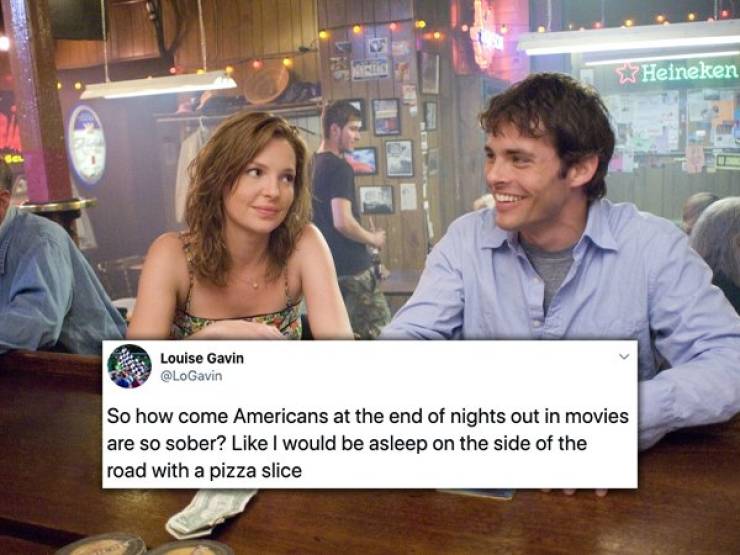 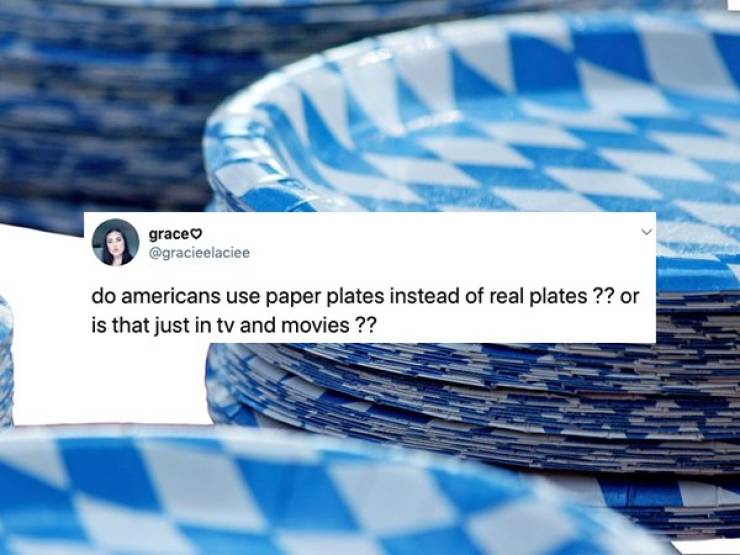 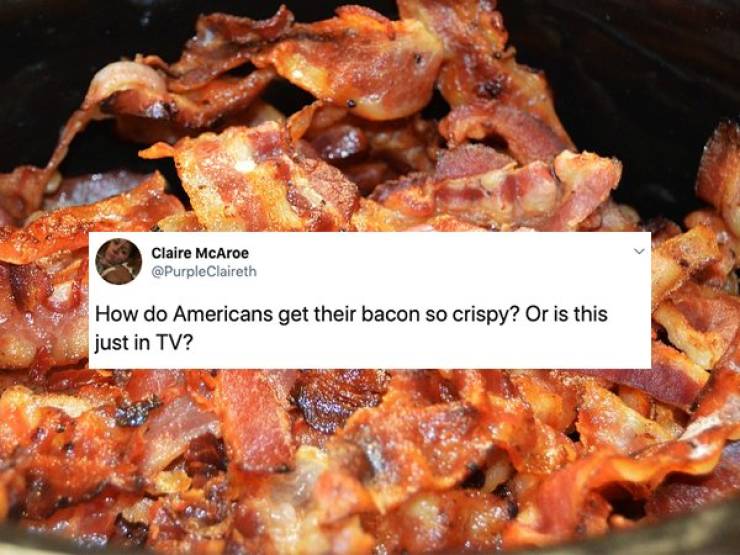 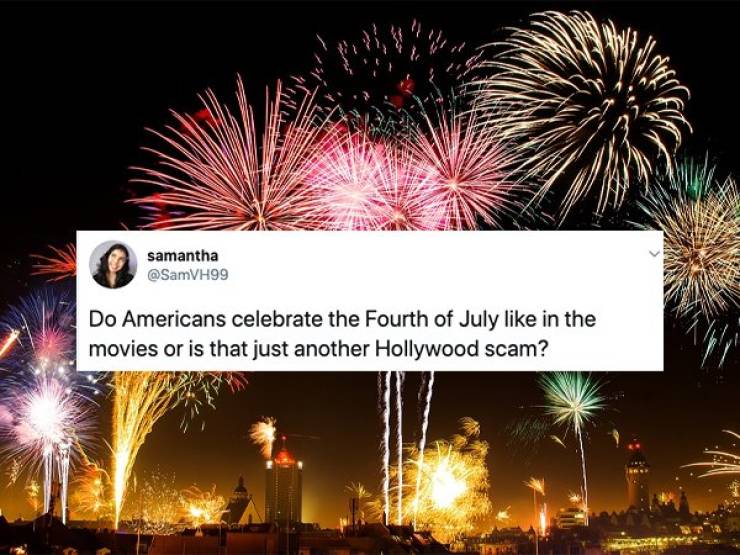 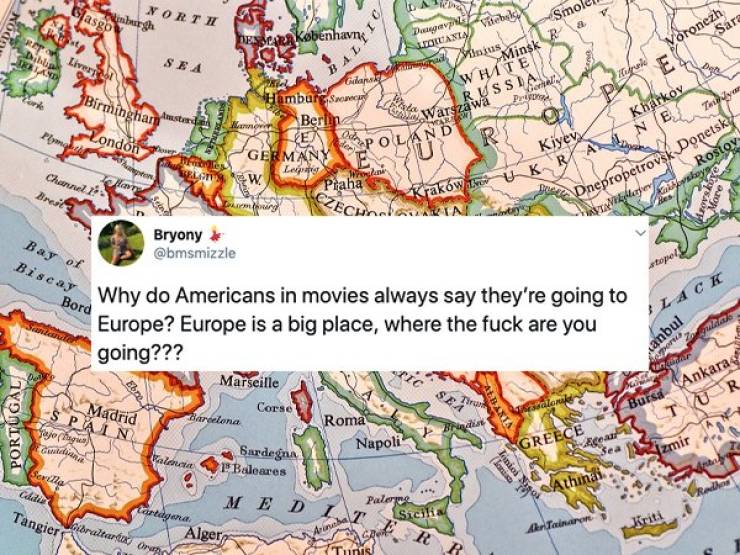 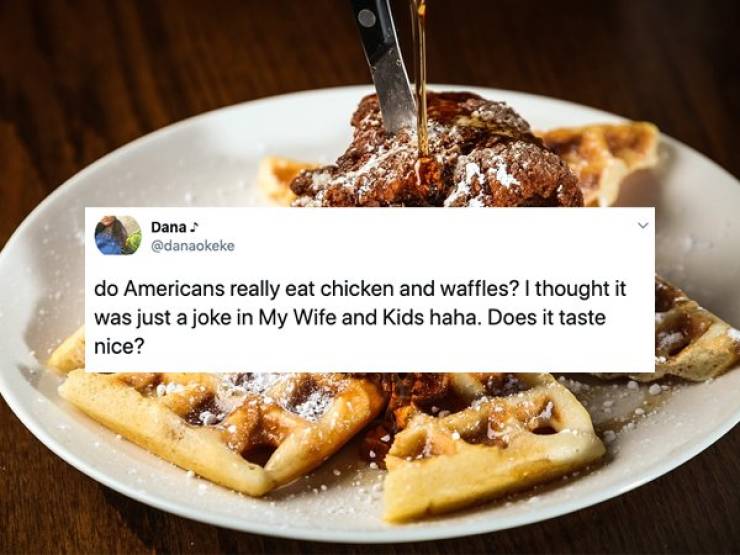 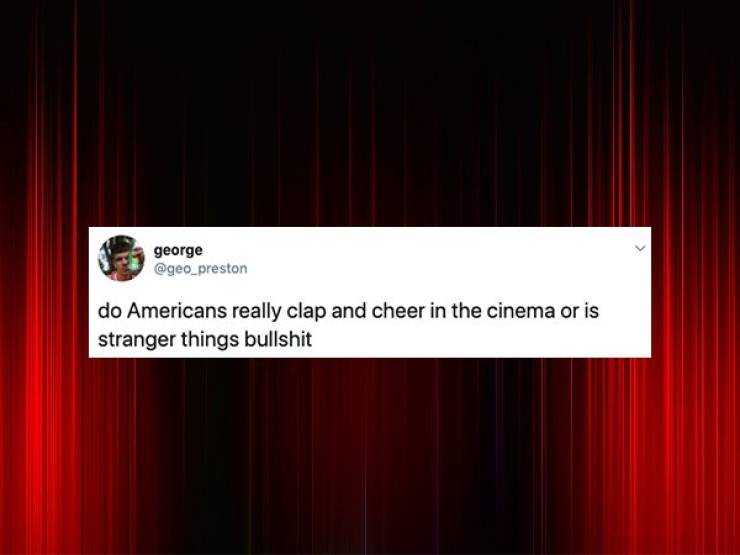 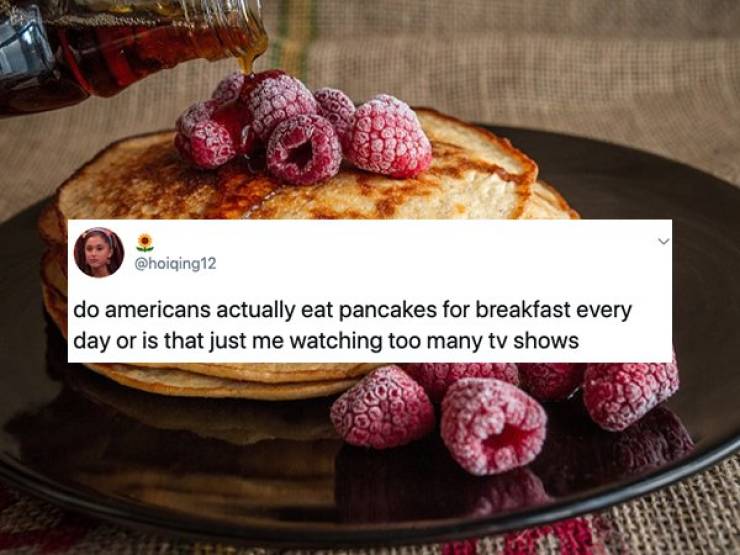 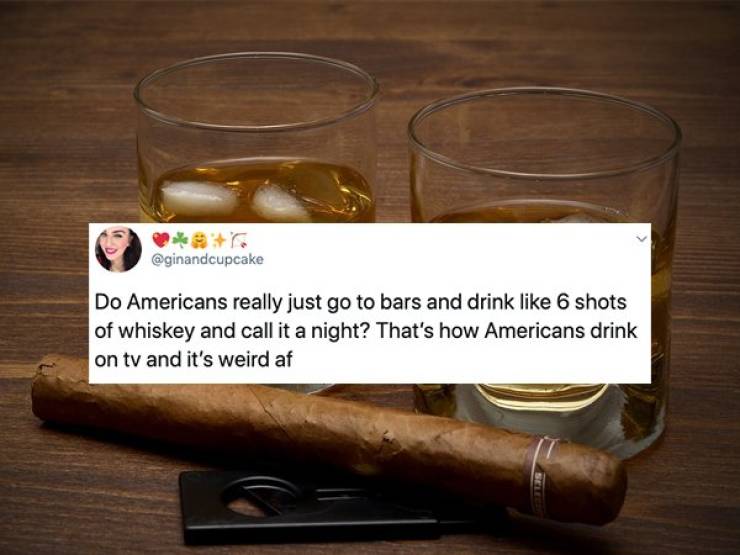 Tymusz 10 month s ago
#11 is a worldwide accepted brag. whoever said they did, lied.

Predator 10 month s ago
Well, they'll do anything.

they voted Trump for president, didn' they,
Reply
1

Complete 10 month s ago
Are all Europeans really this stupid?
Reply
5

Escape 10 month s ago
1. No. Not usually sober at the end of a party.
2. Paper plates are common, especially when eating outdoors
3. Crispy Bacon: Either bake it (my preference) or cook it slowly with a cast iron baking press that keeps it flat
4. Yes. 4th of July is literally everyone sitting around in lawn chairs waiting for the fireworks.
5. We have this idea of open state borders so we assume going to Europe means backpacking through several countries. From what I understand Europe is about he same size as the US and we frequently travel hundreds of miles during a vacation.
6. Chicken and Waffles are a thing. Not my thing but many people love it.
7. We clap and cheer occasionally. Like for Star Wars or Marvel Movies. It's not common except with opening day at "nerdy" movies.
8. Pancakes are a common breakfast, usually on weekends.
9. Going to bars depends. If I go out with the guys it's a few shots and a few beers. If it's mixed company it gets more wild.
10. I've only ever complained about it in an office setting when it's not consistant.
11. I lost my virginity at 16. Half time of the superbowl on my birthday. That might be the most american thing I've ever done actually.
12. I have seen photos of a crush in lockers before, but I don't think it's common.

13. My son drinks milk with every meal, other kids don't drink it at all unless it's with cereal
14. College football in the south is a religion. Church lets out early to get to the games. Some games draw 100,000 plus fans not counting the ones outside the stadium drunk at 7:00 am.
15. No dance battles that I've seen.
16. Not sure about not finishing breakfast. It's a movie thing I think. Most people I know are in such a rush to get to work they don't even eat breakfast. I haven't for years.
17. I hate wearing shoes even outside, unless it's poor terrain, but many people to wear shoes inside.
18. I usually check but outside of hotels and appartments there aren't any peep holes. So unless you have a glass door or look out a window then you can't check. Maybe eveyone being armed gives us a false sense of security.
19. Not sure about swinging doors. Sliding barn style doors or doors that swing one way against a wall, but no "swinging" doors.
Reply
0

Valid 10 month s ago
wow @Escape, first time I've someone break it down... thumbs up