Don’t Get Eaten By These Shark Week Facts (18 gifs)

It was probably Fosters

Rumor has it that the idea for Shark Week was conceived at a bar over drinks and I believe it because literally every good story starts that way.

Big Bite Out of Ratings

The very first official Shark Week almost doubled Discovery Channels ratings, from almost nothing to kind of a lot.

The show isn’t just a hit with idiot couch potatoes like me. Celebrities love it too. Which makes me kind of like a celebrity. On the hit shot 30 Rock Tracy Morgan’s character, name Tracy…. Jordan, famously told Kenneth the Page to “live every week like it’s Shark Week.” Then, In 2010, Stephen Colbert called Shark Week “one of the two holiest of holidays.”

Taking the week-long shark extravaganza to another level in 1994, Jaws author Peter Benchley miraculously appeared from under his rock and became the first host of Shark Week. It’s probably not a coincidence that it was also the 20th anniversary of his beloved novel.

In 1999, they took the fang-whale watching to yet another level, by having their first live broadcast hosted by journalist Forrest Sawyer. For their special, Live from a Shark Cage the team took viewers to the blue depth of the Bikini Atoll behind the lense of award-winning underwater cinematographer Al Giddings (The Abyss, Titanic). 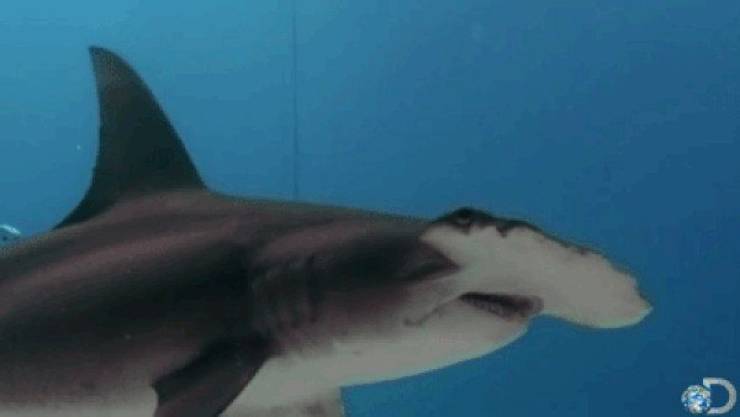 During the taping for Air Jaws: Sharks of South Africa, crews captured the first footage of great white sharks jumping out of the water. In some cases, the meat missiles got as high as 15 feet in the air. Since then, shark high jump has become a staple of the week long programming.

In 2010, Shark Week became the longest-running cable TV programming event ever. Like the prehistoric murder fish it features, the special shows no signs of slowing down.

Producers and showrunners for the yearly event are emphatic that Shark Week isn’t just about entertainment, but also about education and most importantly conservation. Throughout Shark Week, the Discovery Channel runs PSA’s to raise awareness for the dangers facing a dwindling shark population.

The Young Inherit the Sharks

In 2014, a young Shark Week fan from Massachusetts named Sean Lesniak was so moved by a special depicting the declining shark population, that he wrote his damn representative. A kid, out here doing his part old school. Anyway, his Rep., David M. Nangle agreed that the shark finning industry needed to be handled and published a bill banning the trade of shark fins in Massachusetts. A bill written into law by then-governor Deval Patrick on July 24th of the very same year.