Just Sean Astin With An Otter, Nothing To See Here (26 pics) 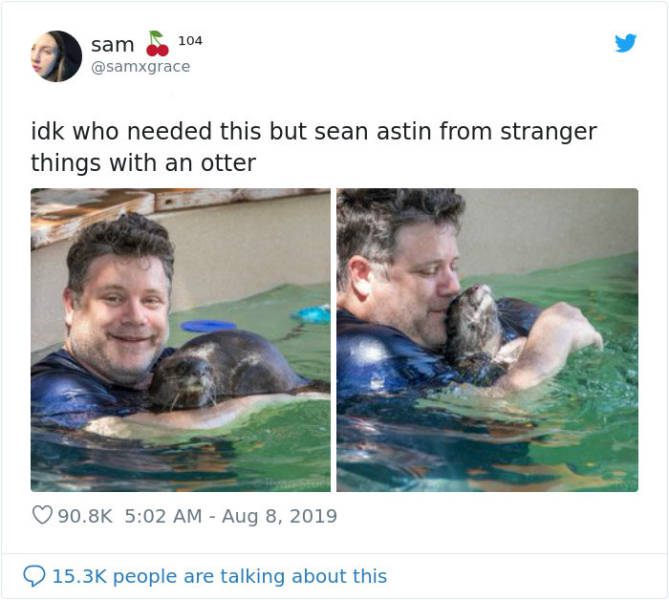 Sam adored both Stranger Things and Astin’s involvement in the series. “I’ve always loved horror based programs and movies that have kids as the main characters. It’s almost twisted but in a great way,” she said. However, like most, Sam likes Astin’s other characters as well. “[He’s] is an incredible actor, I first saw him in Lord of the Rings. As a Kiwi, it’s basically a right of passage to watch that series growing up. But I also adored him in Stranger Things and of course, as Ed in his new series on Netflix, No Good Nick. He always makes his characters the most lovable on every show he’s on!” 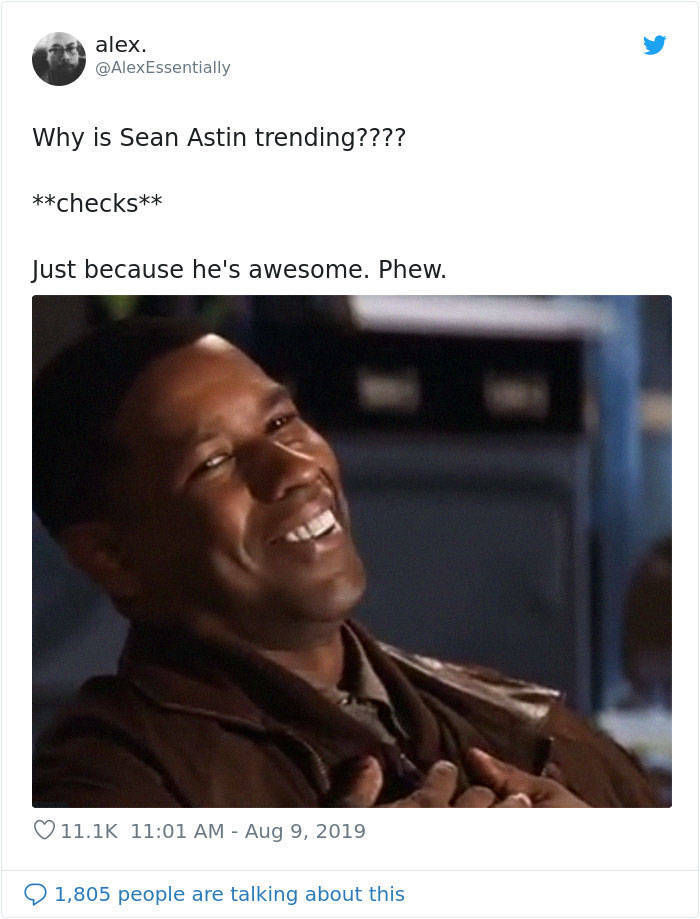 After noticing that he was trending, Astin immediately tried to find out why 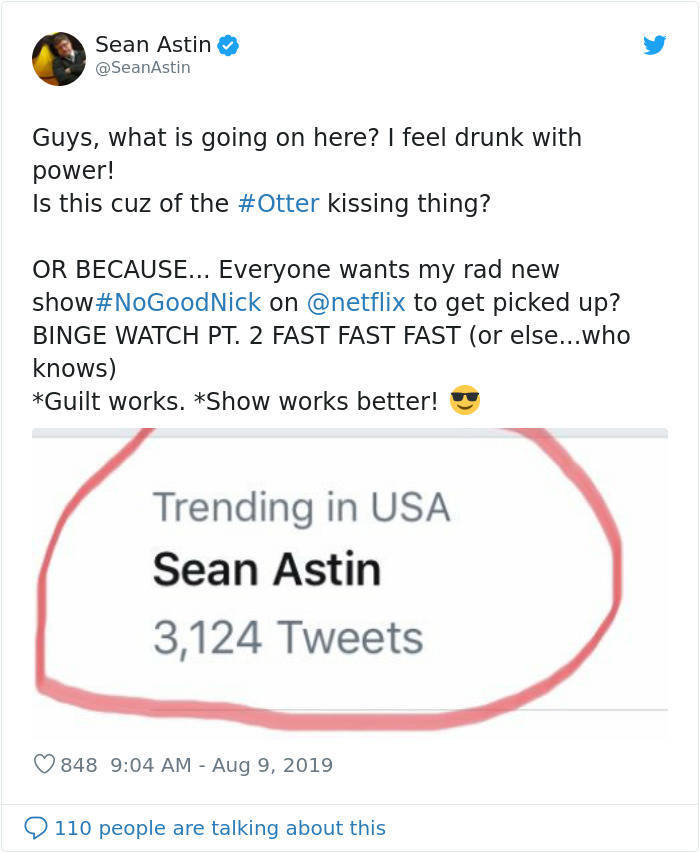 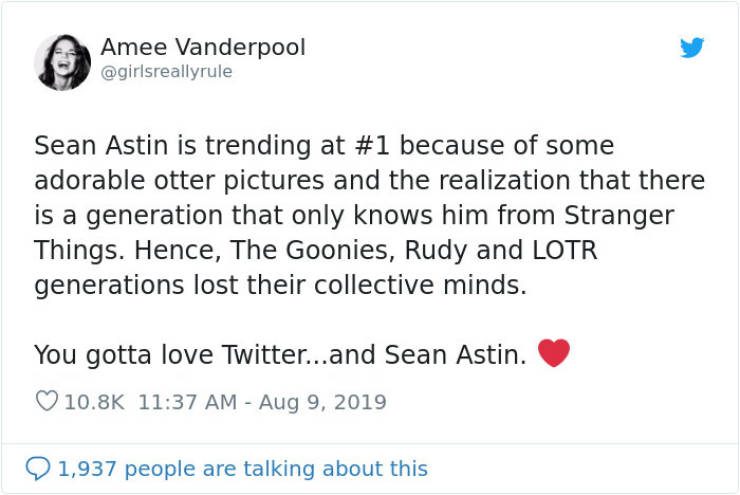 As with many similar pop culture moments, fans have used the opportunity to praise Astin for his iconic roles in movies like The Goonies, Toy Soldiers, Rudy, Encino Man and 50 First Dates. The prolific actor was propelled back into people’s radars when he played the beloved Bob Newby in Stranger Things season two.

One of his latest gigs, No Good Nick is an original Netflix sitcom starring Siena Agudong as Nicole, a teenage con artist who goes by the name “Nick,” pretending to be a distant cousin of the Thompson family in order to rob them. Astin and Melissa Joan Hart play Ed and Liz Thompson, who take in Nick and — to her surprise — treat her like a member of the family, making it harder for her to rob them. 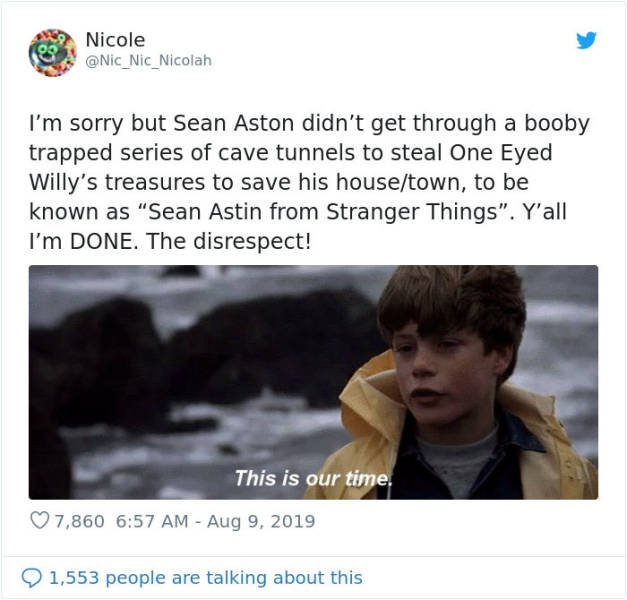 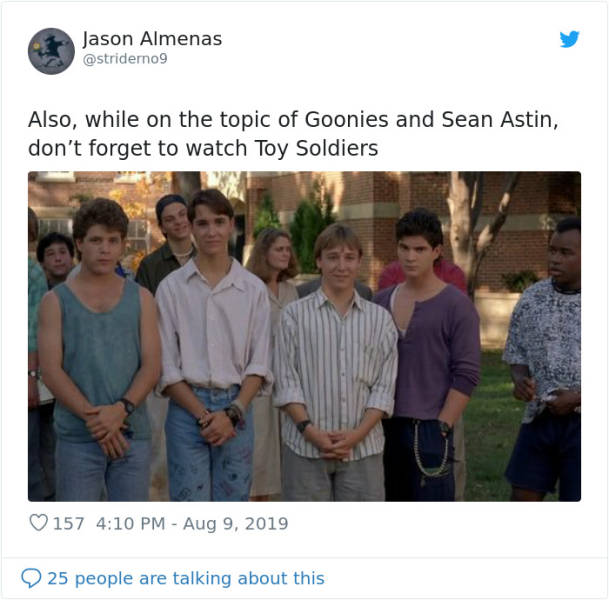 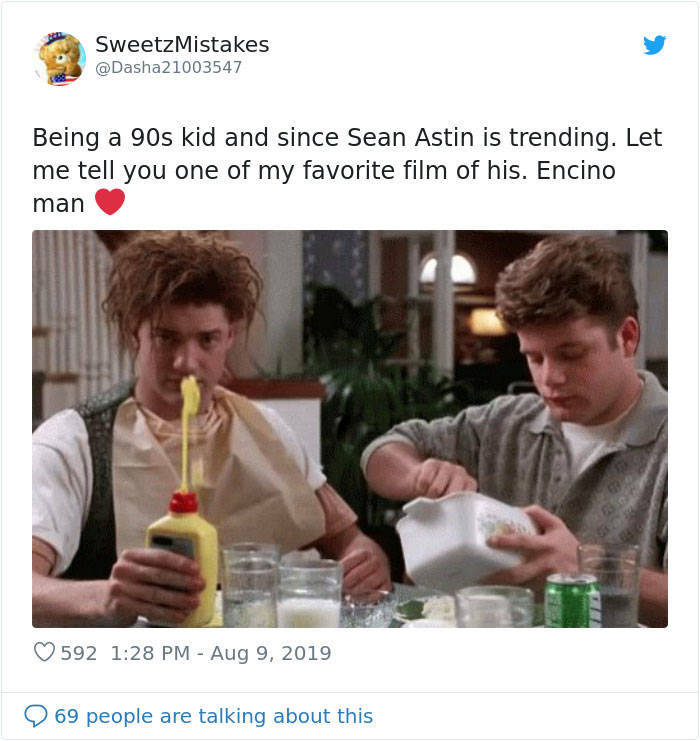 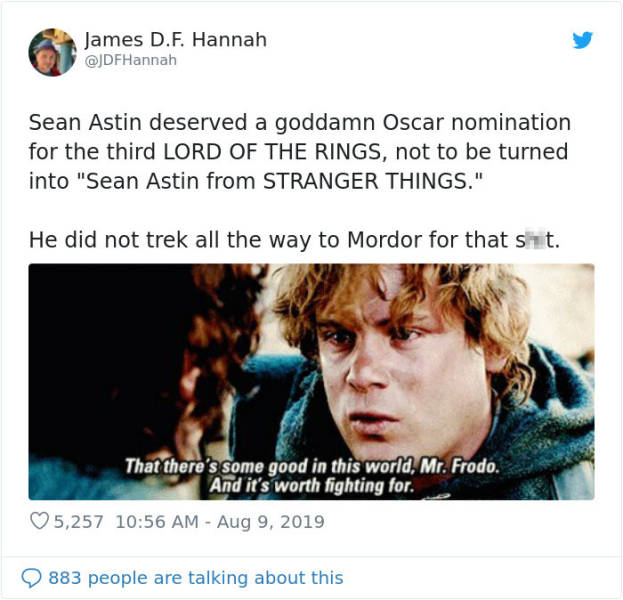 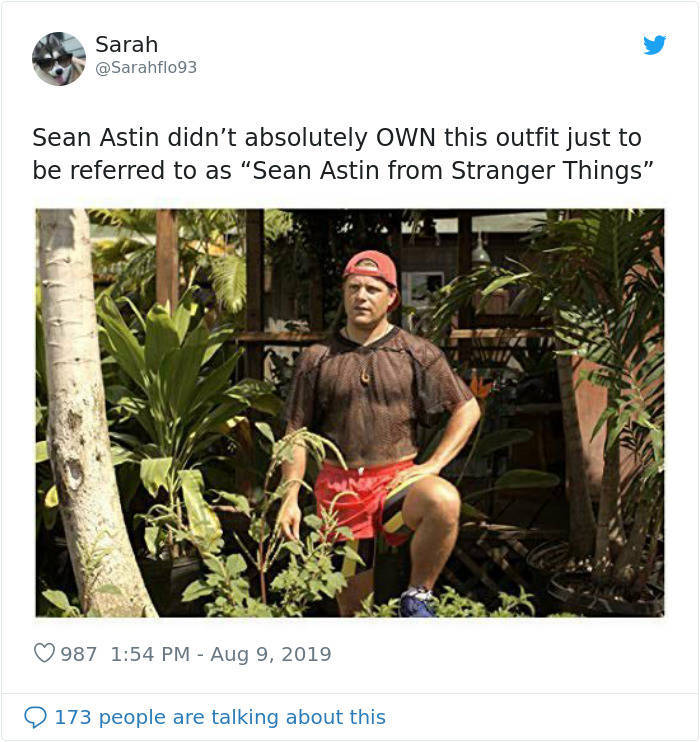 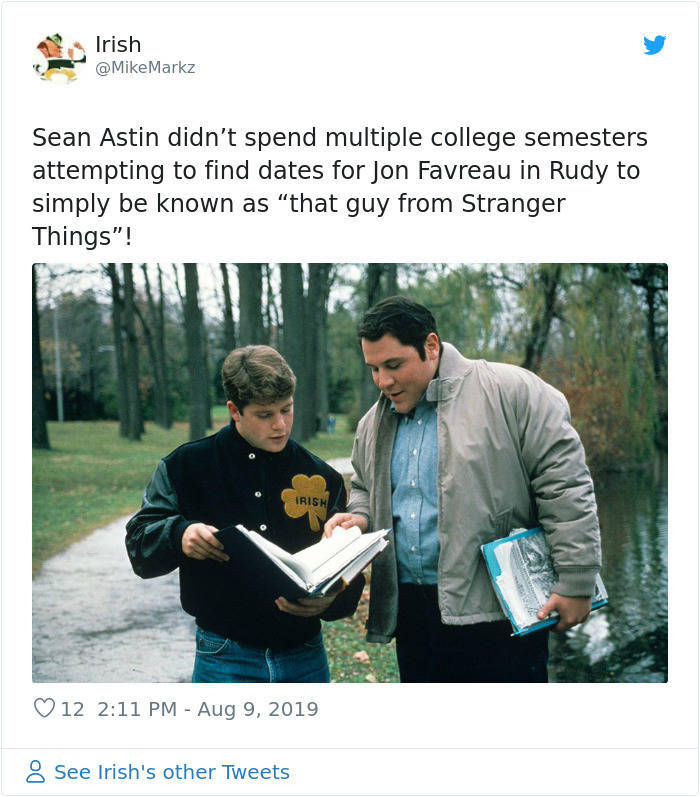 Even one of his daughters joined the fun 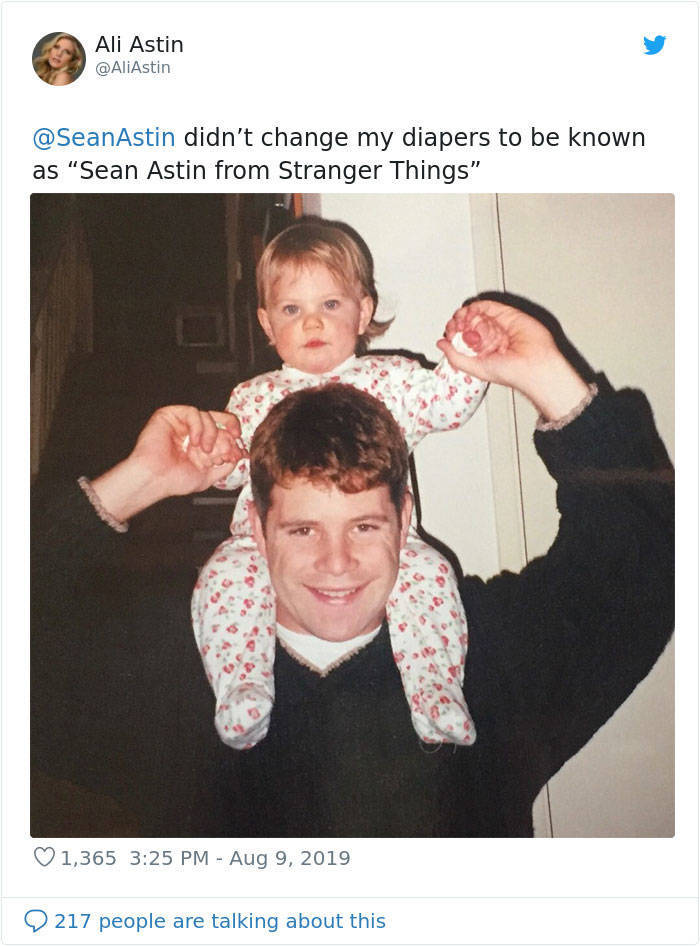 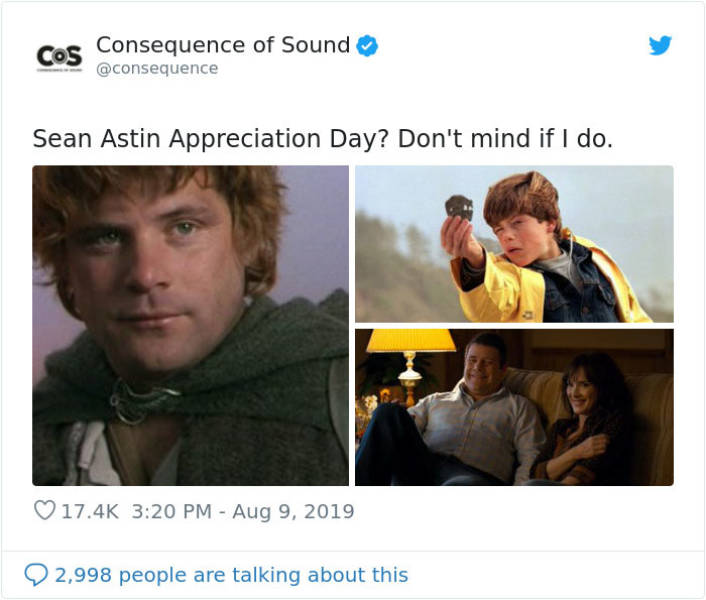 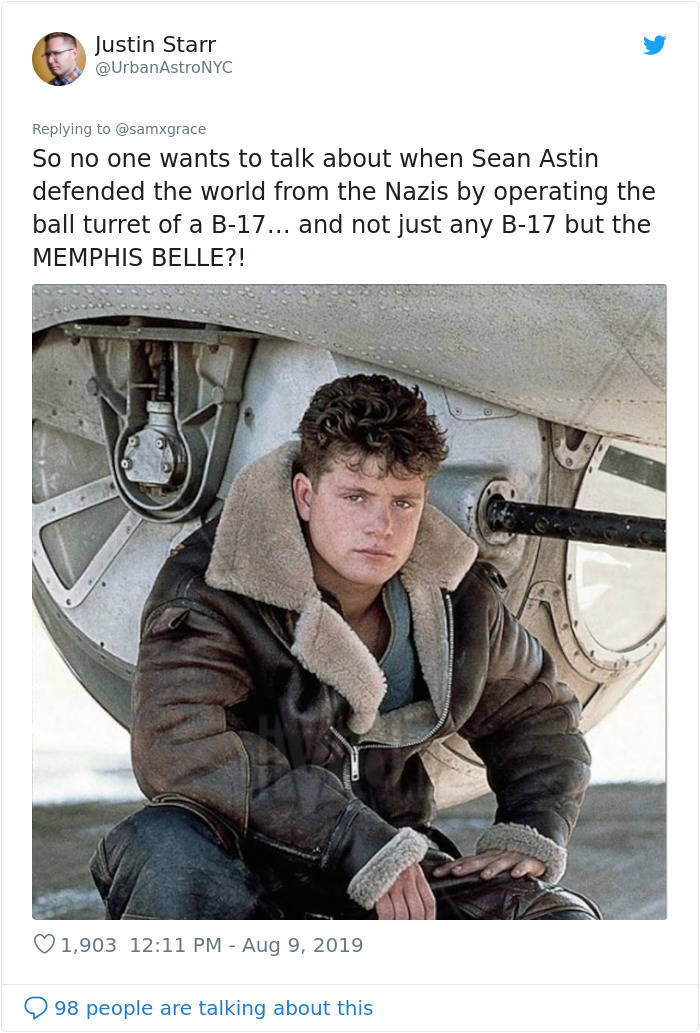 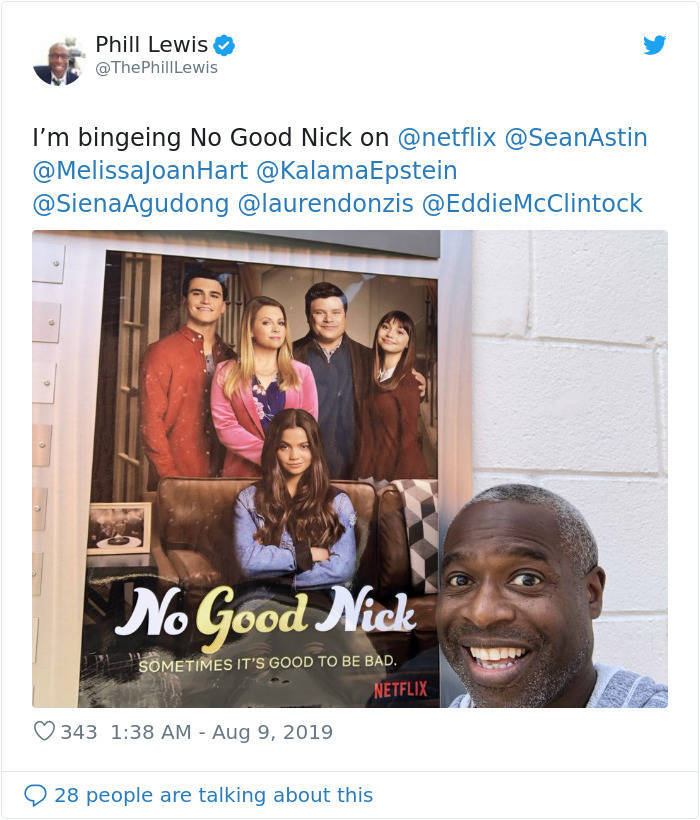 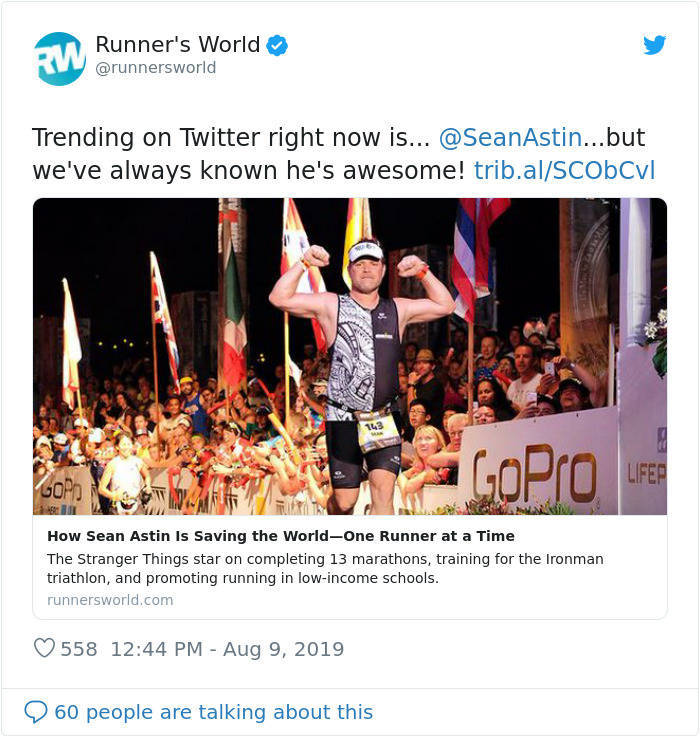 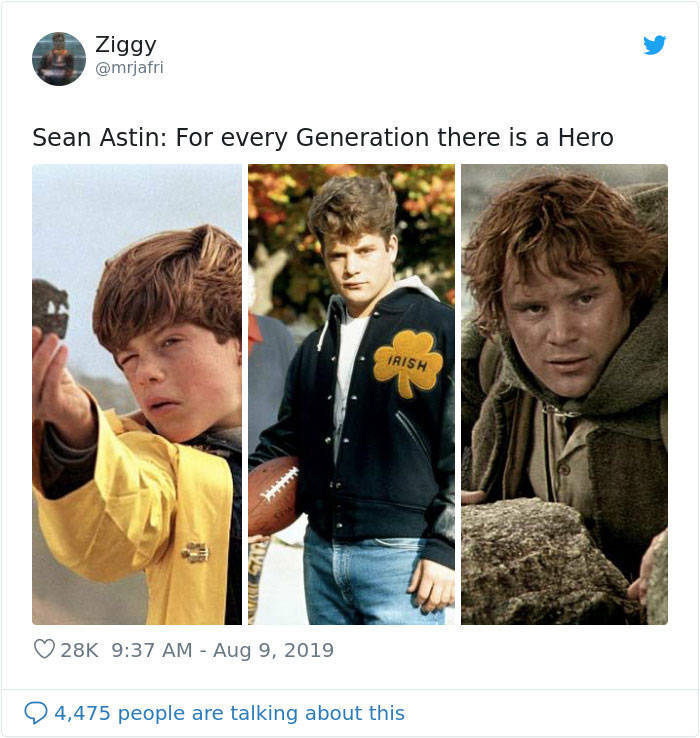 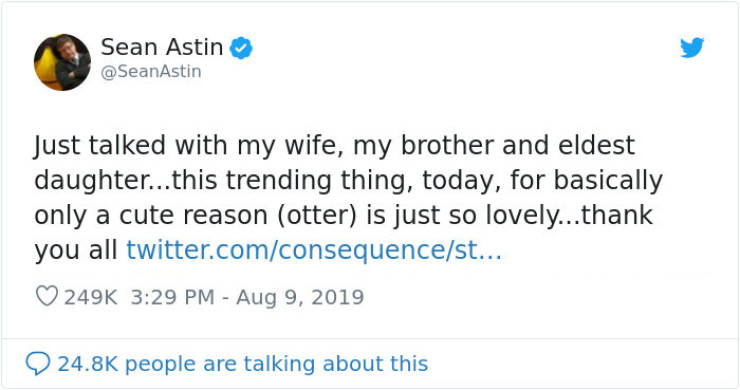 However, there are many more animals that got to experience Sean’s gentle side 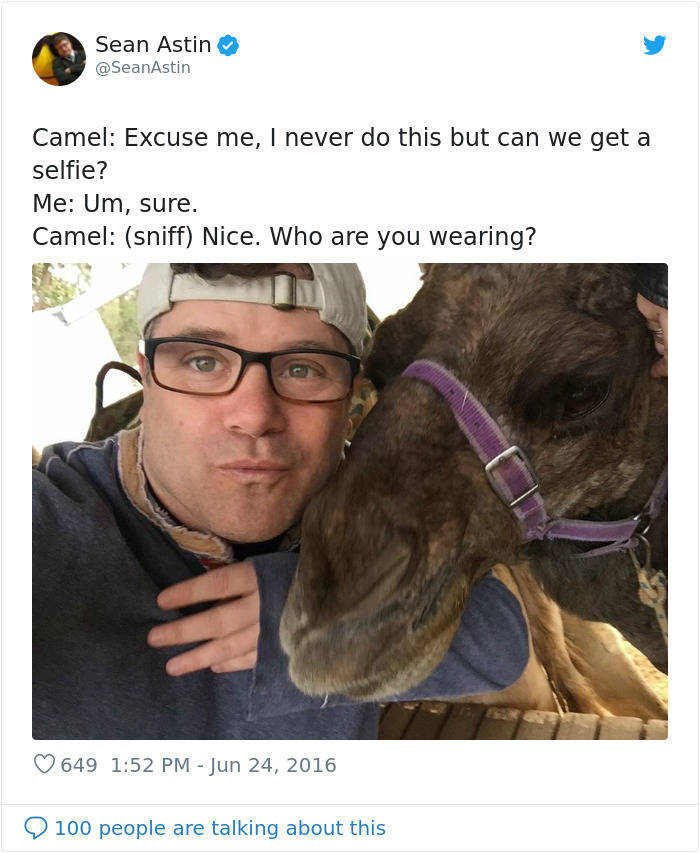 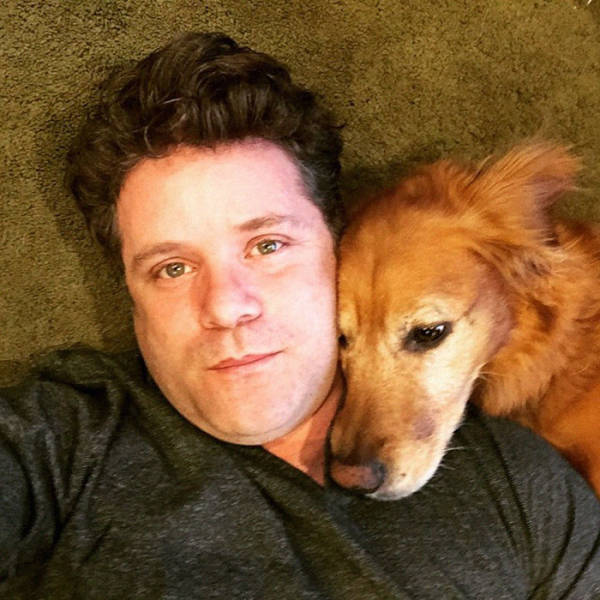 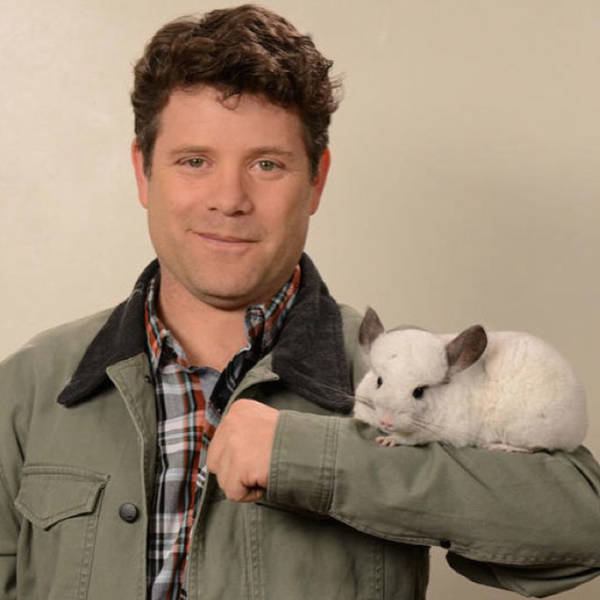 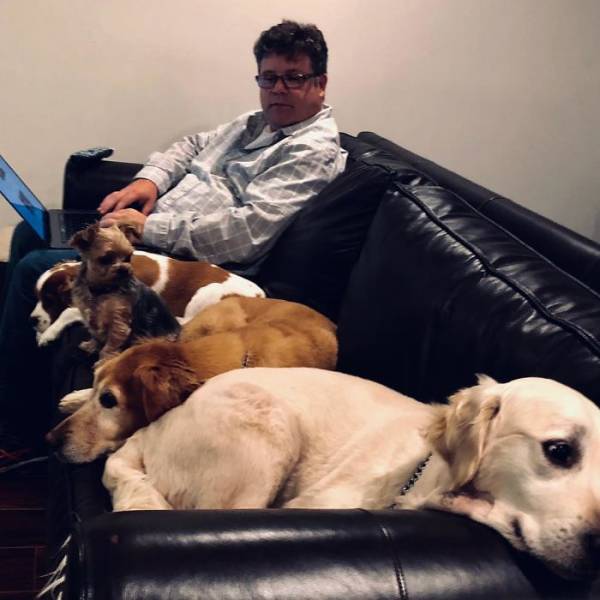 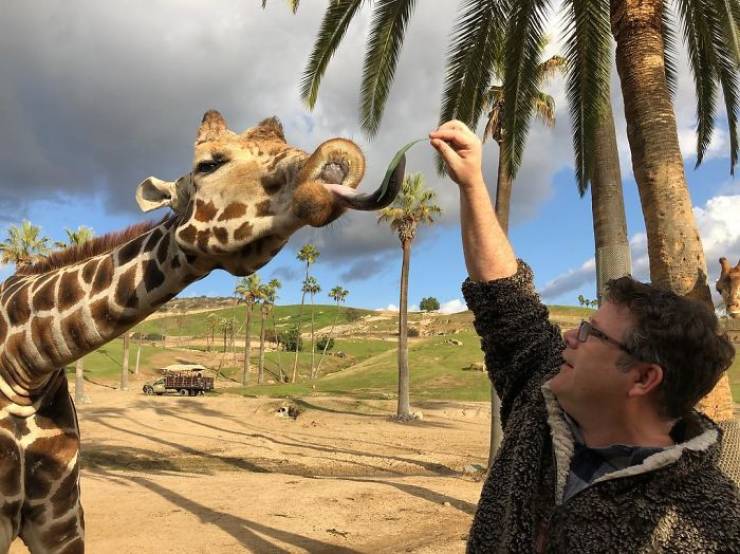 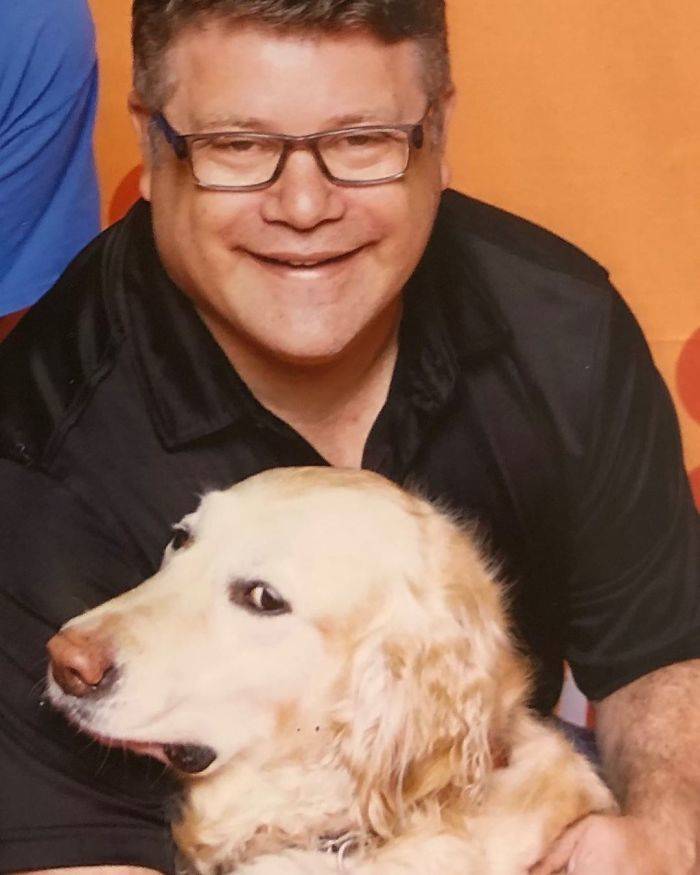 Boston 9 month s ago
you are right! nothing to see here!
Reply