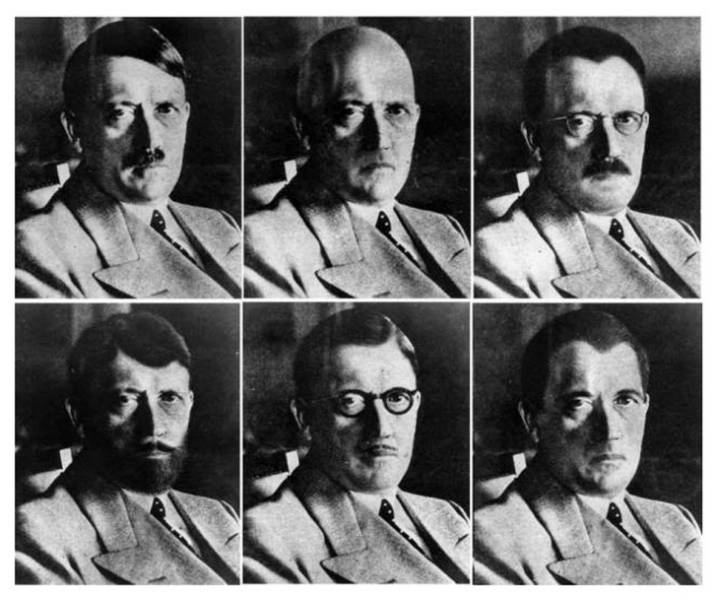 During World War II, American officials feared that Adolf Hitler would try to flee Germany. The Office of Strategic Services hired New York make-up artist, Eddie Senz, to produce altered portraits of Hitler in various disguises. Although these portraits would prove unneeded, they were eventually released to the public by the German magazine Der Spiegel in the 1990s. The U.S. National Archives in Washington D.C. would later release high-resolution versions of these photos.

The Olympics used to give awards in art. 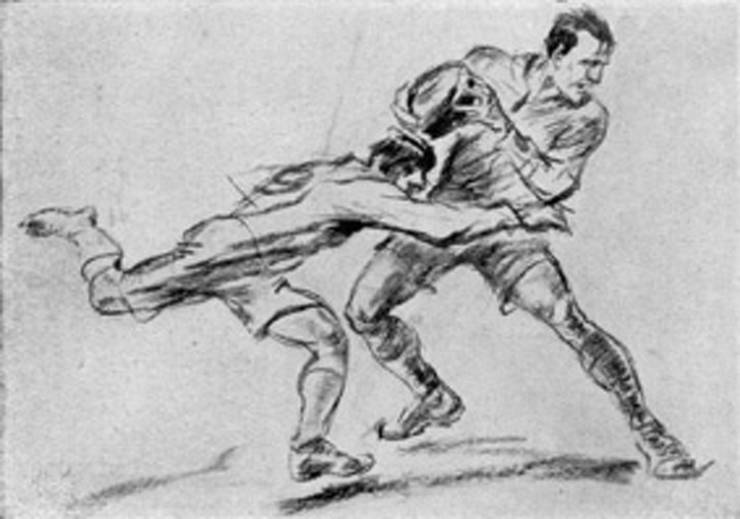 From 1912 to 1948, the Olympic Games held competitions in fine arts: literature, architecture, sculpture, painting, and music. Mind you, everything had to be Olympic-themed, like the Rugby drawing seen above. Reportedly, the idea was to honor the regard ancient Greeks had for the arts.

Napoleon Bonaparte was once attacked by bunnies. 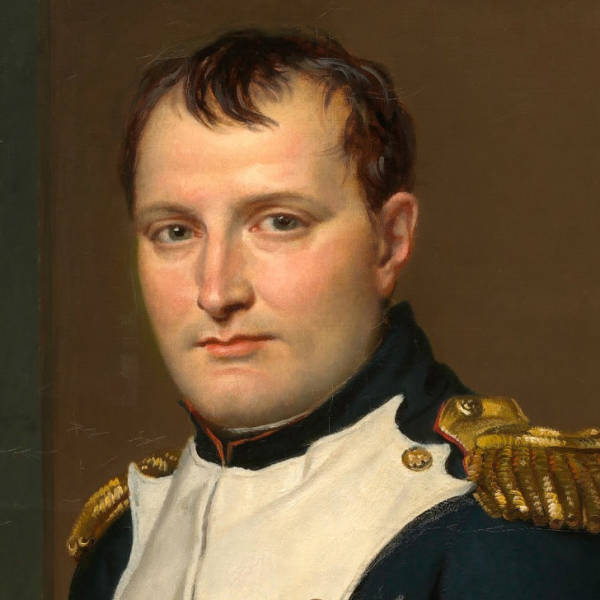 Napoleon may have had a long list of enemies in his life, but would you think that this list would include bunnies? Once the emperor had his men round up about 3,000 rabbits for a hunt, only for the animals to charge Napoleon and his men instead. In all fairness, it was totally in self-defense. 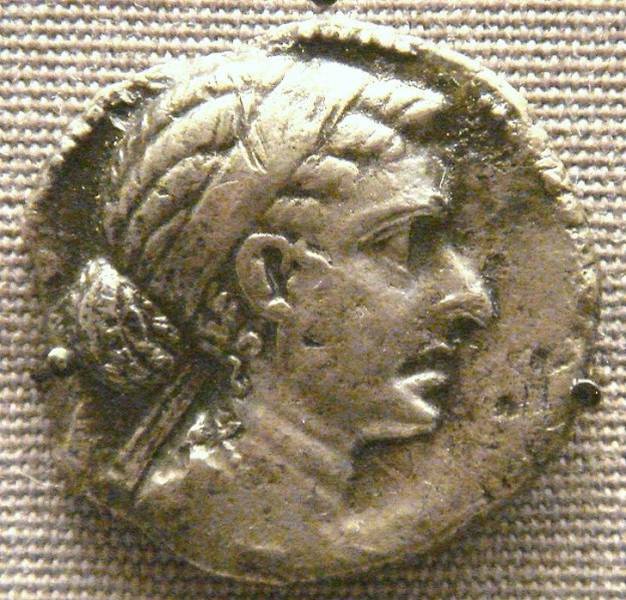 Cleopatra is often remembered as one of history’s greatest beauties, but some historians believe that these accounts actually came from Roman propaganda meant to paint her as a seductress or even a witch. Coins with her portrait showed her as having a hooked nose and ancient writer Plutarch claimed her beauty was nothing special... saying it was her voice and intelligence that helped make her attractive.

President Gerald Ford was a male model in his youth. 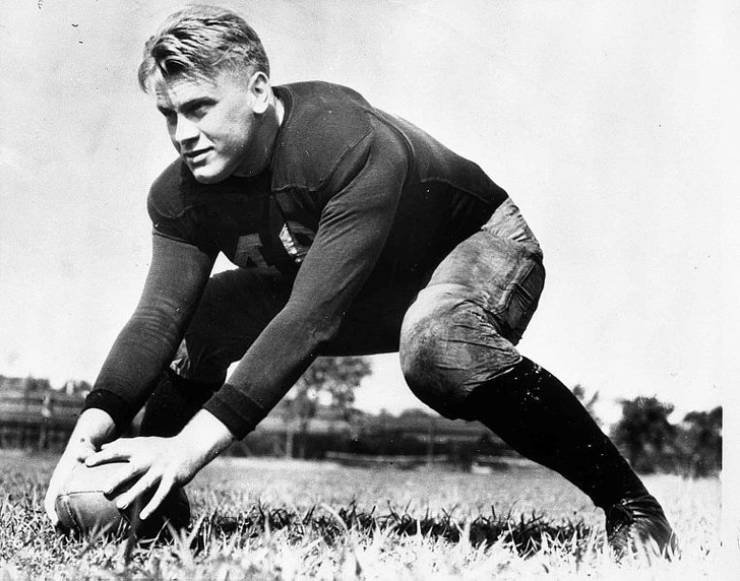 Even history’s greatest men and women had to start somewhere, and some people certainly have interesting resumes. At least one model could brag to have grown up to be the American President: Gerald Ford. Not only did he work as a male model in his 20s, he even once appeared in an issue of Cosmopolitan. He also had a chance to play for the NFL.

Mexican General Santa Anna had a funeral for his own leg. 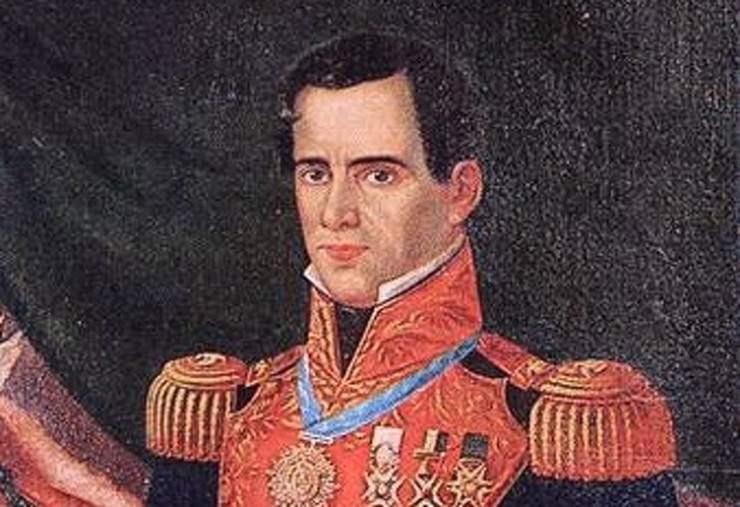 After losing his leg while fighting with French forces, Mexican political and military ruler Santa Anna hosted a lavish funeral for it once he assumed the presidency in 1842. The amputated leg was paraded around using a carriage and honored with cannons and poems. Showing a fondness for his leg might have backfired, in hindsight, since his prosthetic leg was later captured by American soldiers.

President Lincoln was a wrestling champion. 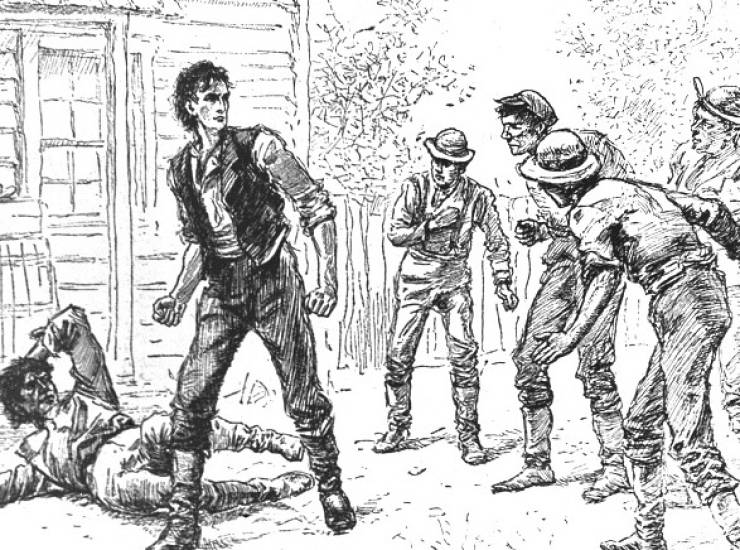 Abraham Lincoln was a big man, standing around 6’4″ in height, so it makes sense he’d be good in a fight. Reportedly, he participated in around 300 wrestling contests, and only had one loss, eventually winning the American wrestling championship. He was also a licensed bartender.

Genghis Khan created one of the first international postal systems. 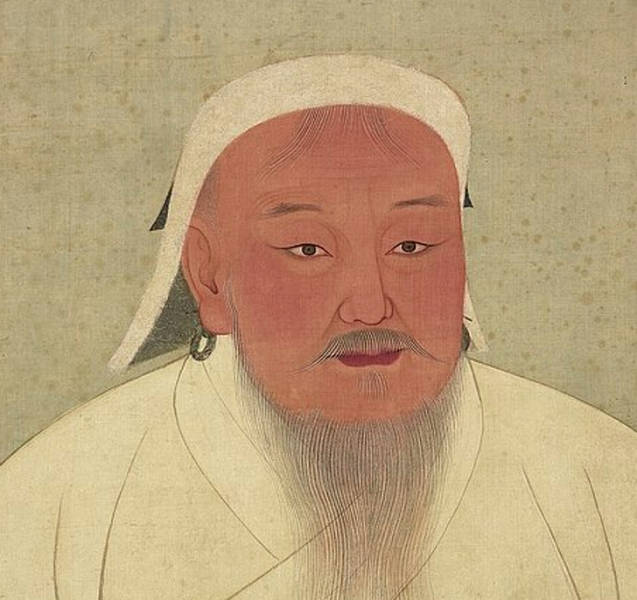 One of Genghis Khan’s first decrees after rising to power was the creation of a horse-courier service called the “Yam,” with riders being able to reach 200 miles a day. The system would later be used by foreign dignitaries and merchants, as well as figures like Marco Polo and John of Plano Carpini.

Saddam Hussein was once given the key to the city of Detroit. 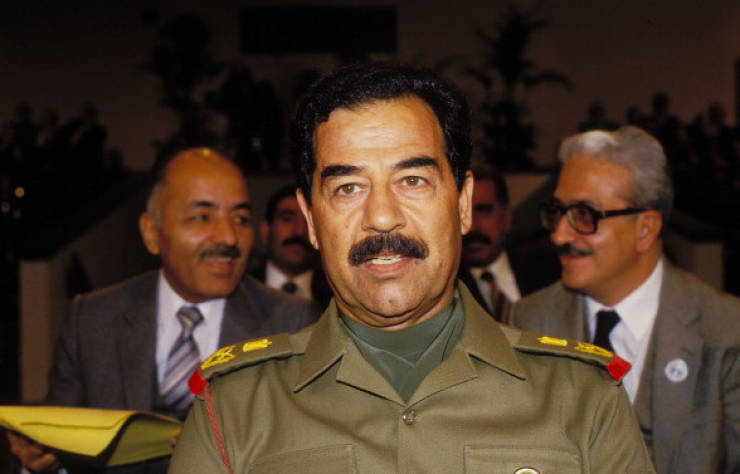 Saddam Hussein was once given the key to the city of Detroit after donating hundreds of thousands of dollars to a Detroit church. Reportedly, in 1979, one of the church leaders, Rev. Jacob Yasso of Chaldean Sacred Heart, congratulated Saddam on his presidency, which in turn inspired the donation.

Albert Einstein turned down being the President of Israel. 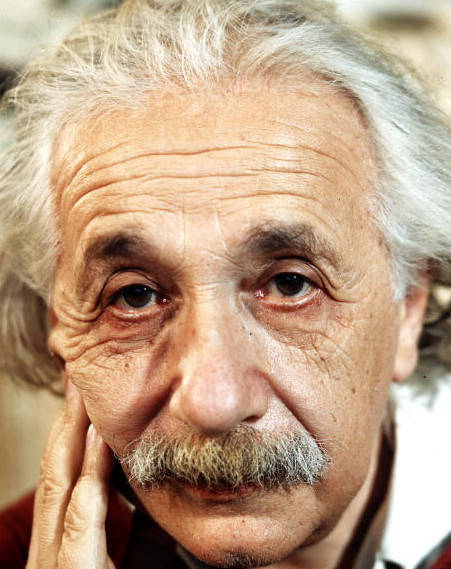 Although he wasn’t an Israeli citizen, Albert Einstein was offered the presidency in 1952. He turned it down, claiming he felt he lacked the experience needed for the job.

At least 3 popes were elected in their early 20s. 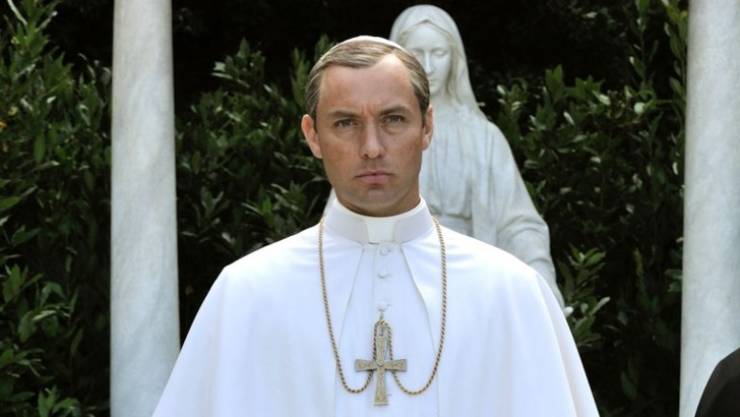 Being the head of the Catholic Church used to be a young man’s game. Pope Benedict IX and Pope John XI both likely became Pope around the age of 20, with some sources putting them at an even younger age. Pope Gregory V was also elected around the age of 24. That said, a lack of birth dates for many popes makes it impossible to guess just who was the youngest pope at the time of their election.

Hitler and Mussolini were both Nobel Peace Prize nominees. 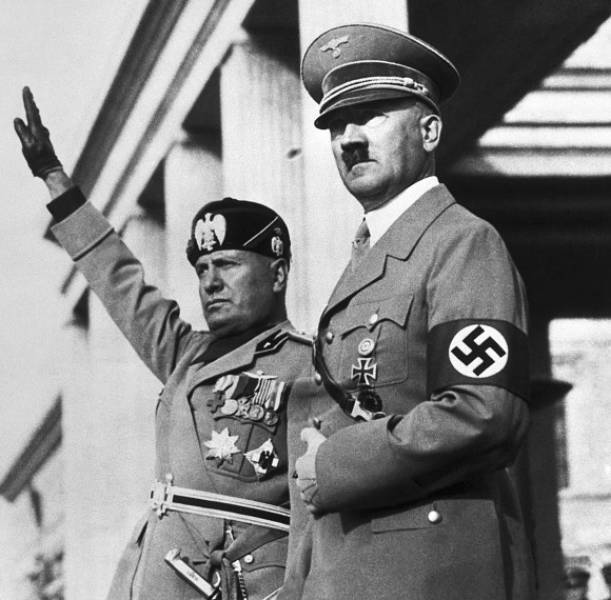 If you are worried that you need a title to make it in life, keep in mind that not everyone who is honored in life ends up on the right side of history. A member of the Swedish parliament, E.G.C. Brandt, nominated Adolf Hitler for the Nobel Peace Prize in 1939, although it’s possible that it wasn’t meant to be taken seriously. Benito Mussolini was also nominated for the 1935 Nobel Peace Prize by professors from Germany and France, although their reasons have been lost to time.

George Washington could crush walnuts with his fingers. 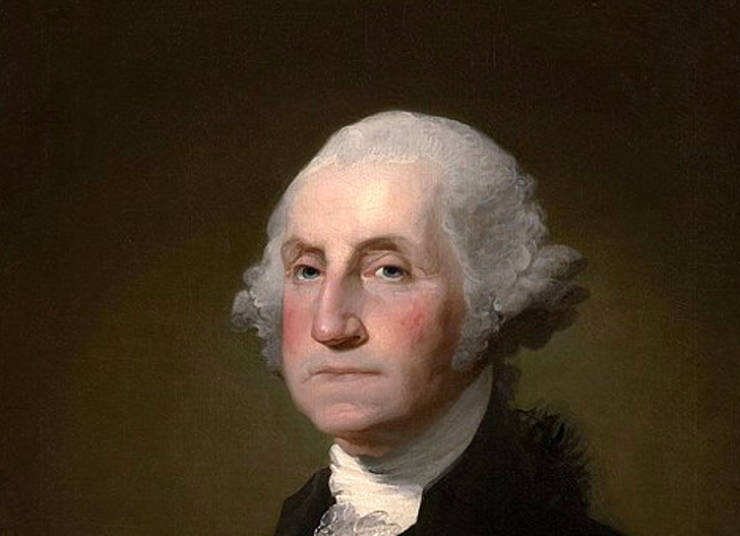 The first president of the United States was quite a strong man. According to biographer Carl Closs, he was strong enough to break walnuts between his thumb and forefinger. He was more of a tough guy than you’d have thought and he also never actually wore a wig.

An American woman was part of Congress before women’s suffrage became legal. 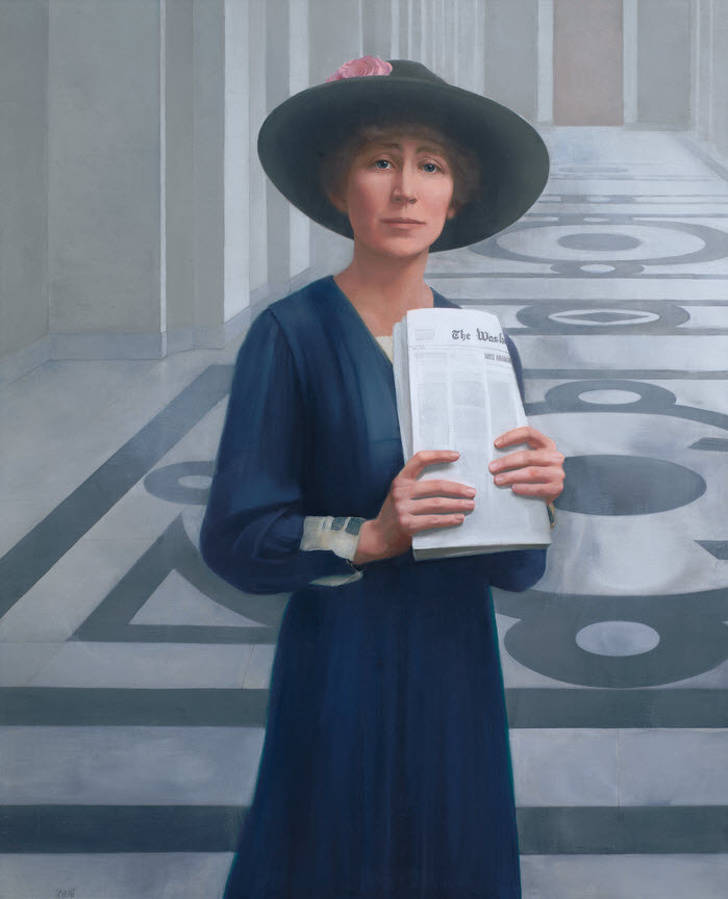 Jeanette Rankin was the first female member of Congress in America. Her appointment is notable since this was around 4 years before women could legally vote in the United States.

At least 6 First Ladies were descended from Pocahontas. 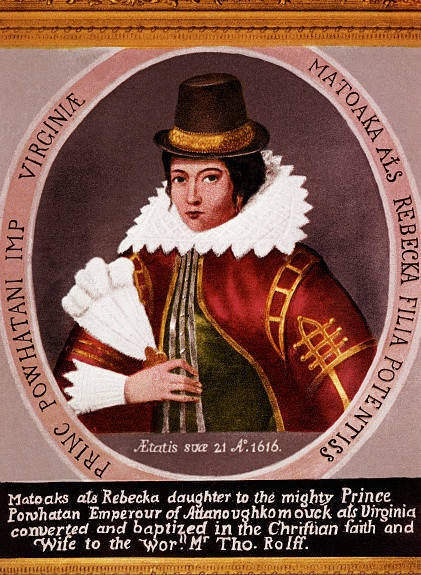 Ancient Egyptian pharaohs would have their servants smeared in honey. 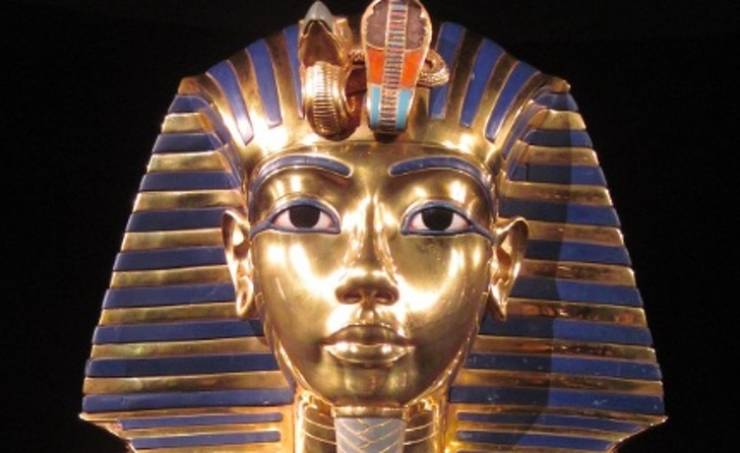 Throughout human history, people have thought of many different ways to avoid bugs. Egyptian pharaohs would have their naked servants covered in honey in hopes that they’d attract the flies instead. 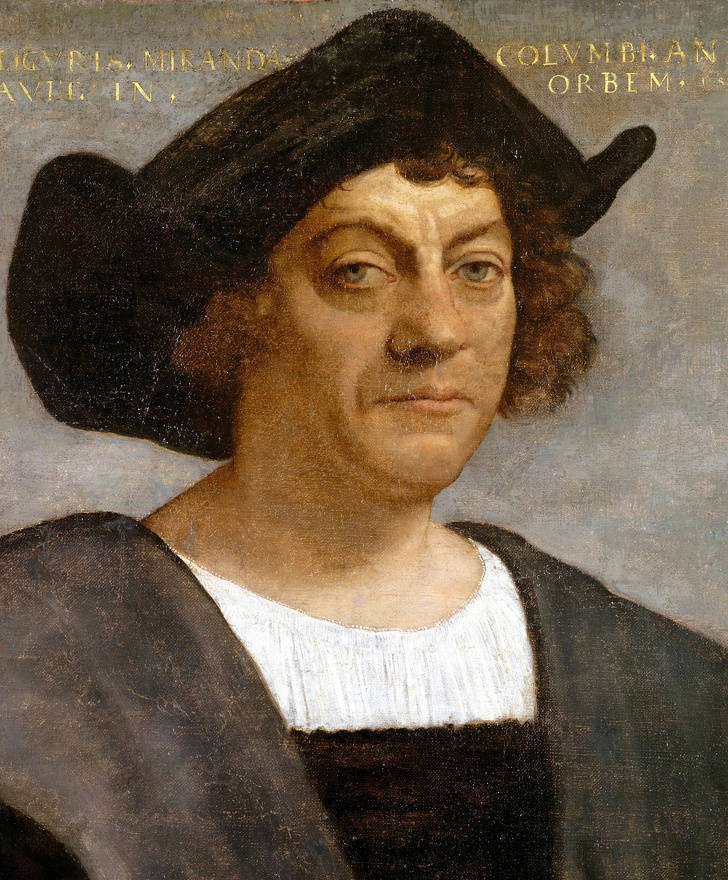 In 1493, Christopher Columbus claimed in his writings that mermaids could be seen in the waters during his voyages. He notably admitted that they were much less beautiful than people claimed and also had masculine faces. To this day, historians believed what he saw were actually manatees.

Gladiators had their own action figures. 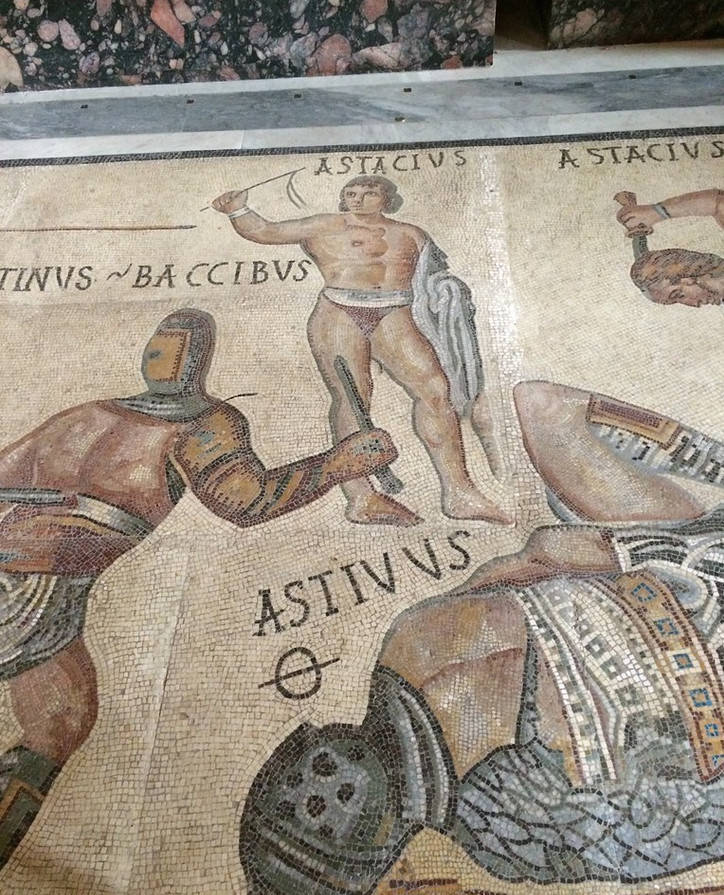 Athletes becoming celebrities and appearing in advertisements is nothing new. Back in ancient Rome, gladiators endorsing products had their paintings placed on public walls, and children would even play with toys made to resemble popular fighters. In a less modern turn, women would often purchase gladiator blood and sweat as cosmetics. 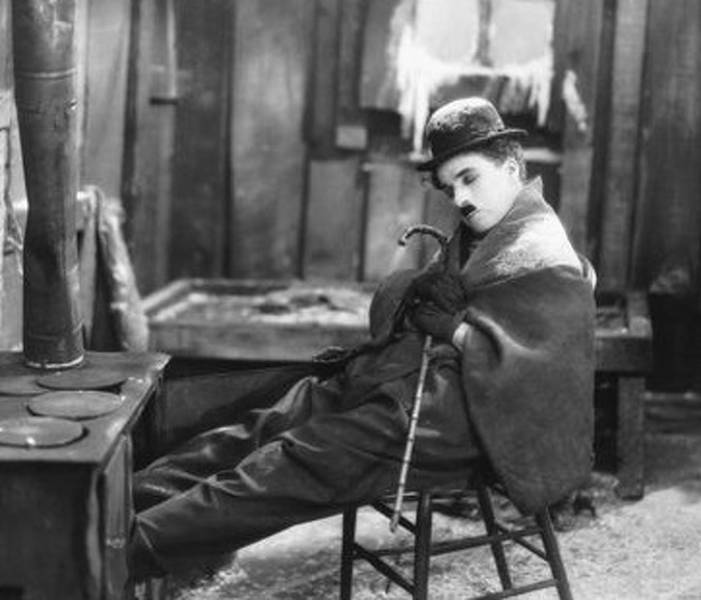 Charlie Chaplin once entered a Charlie Chaplin look-alike contest and came in 20th place, despite being the real thing. In all fairness, he entered it at the spur of the moment and lost points for not wearing a costume, as the contestants were asked to dress like his “Little Tramp” character.

One 9 month s ago
#12: Yassir Arafat DID win the Nobel Peace prize. That was the day the NPP became worthless.
Reply