One mom was tired of her kids always asking her for their allowance, so she came up with a cunning plan 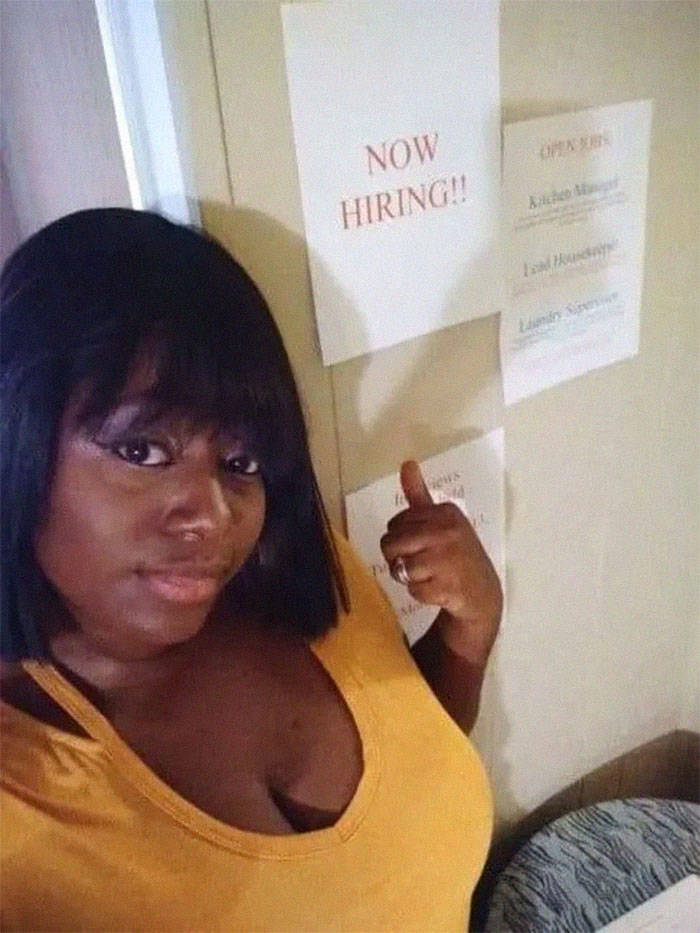 She made her kids apply for ‘jobs’ around the house, so they can earn their allowance 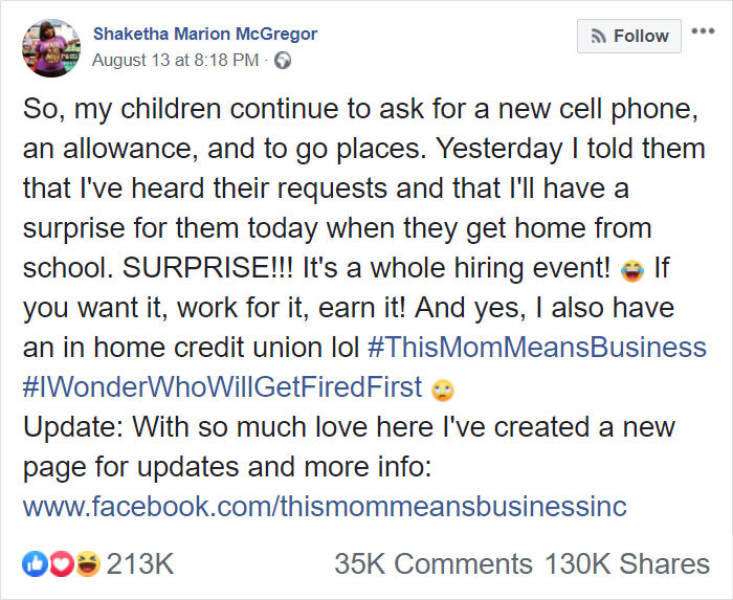 “My children continue to ask for a new cell phone, an allowance, and to go places,” Shaketha wrote on Facebook. “If you want it, work for it, earn it!” She also jokingly added two hashtags: #ThisMomMeansBusiness and #IWonderWhoWillGetFiredFirst. This mom’s post received more than 213,000 likes, over 35,000 comments, and was shared a staggering 130,000 times. With numbers like these, Shaketha seems to have the soul of a successful businesswoman.

The jobs were kitchen manager, lead housekeeper, and laundry supervisor 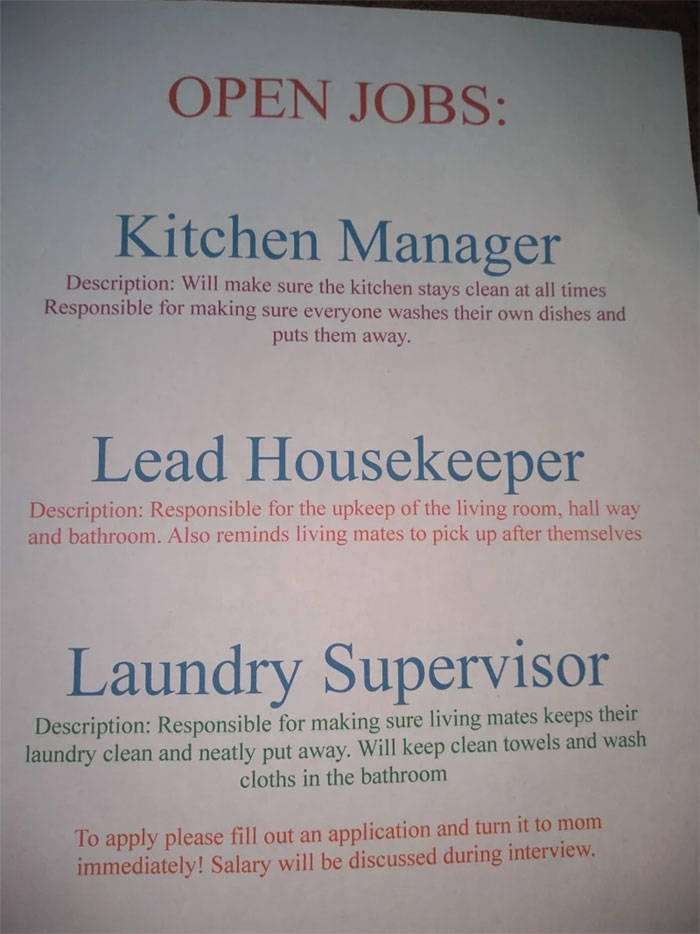 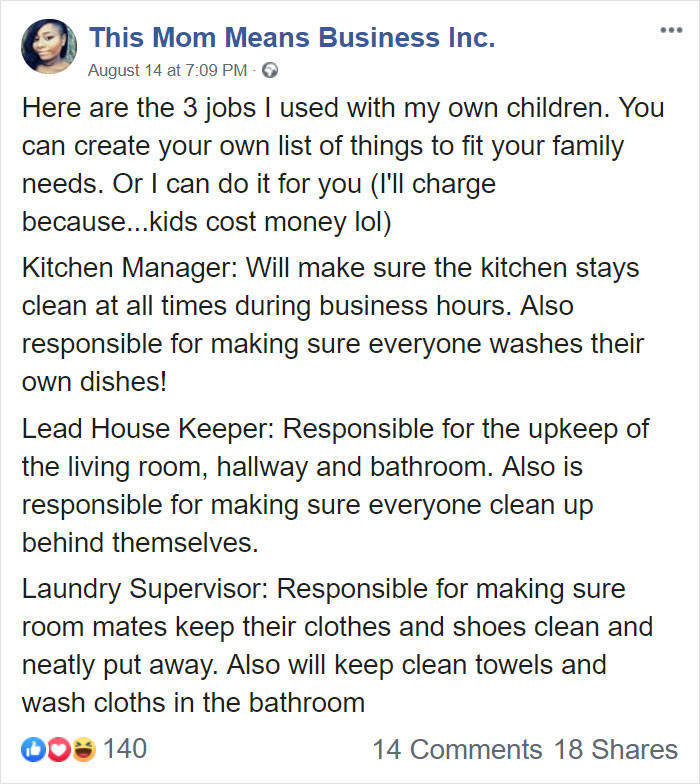 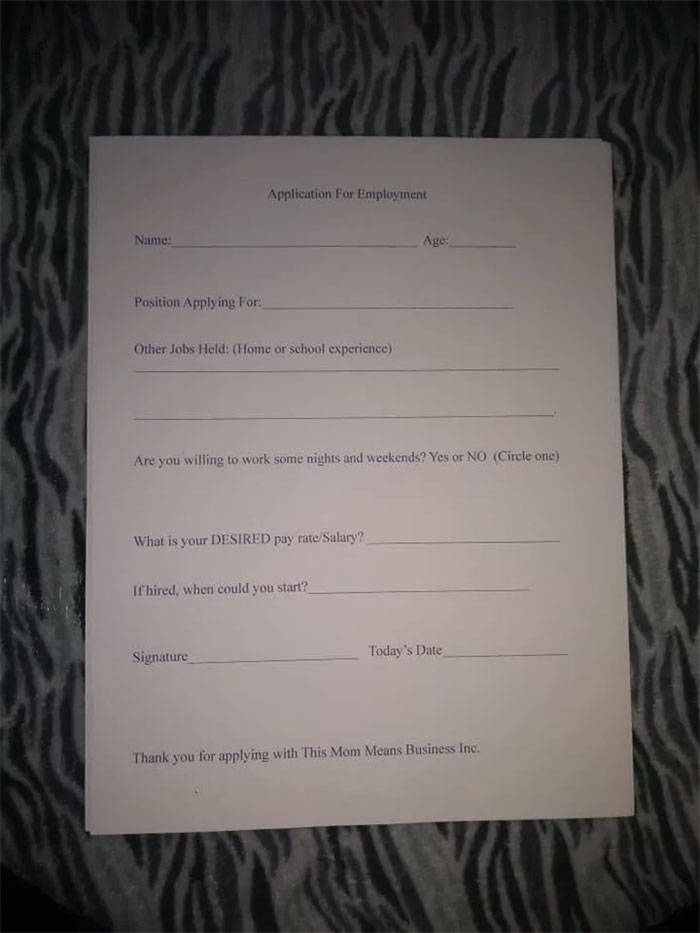 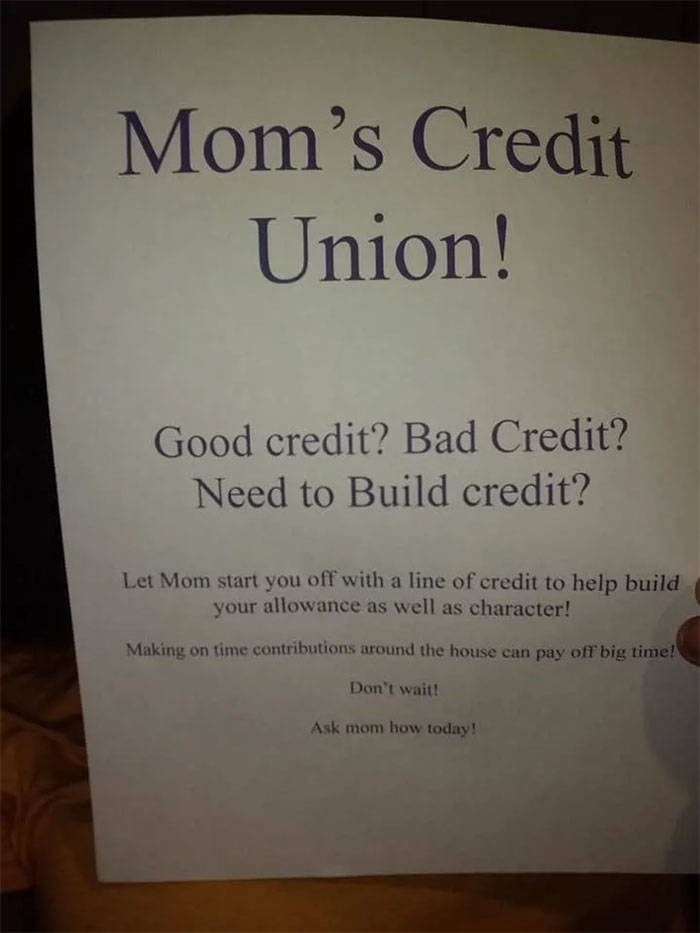 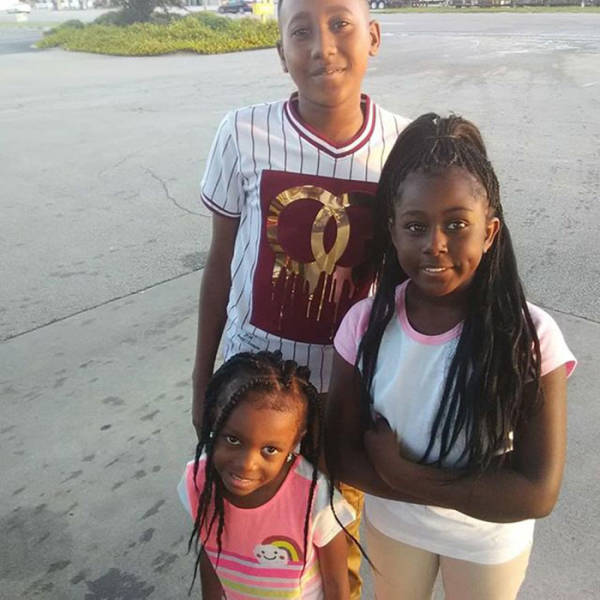 Shaketha is raising three children: daughters Serinity, who is 6, and Takeia, 10; and son Jahkeem, 13. So naturally, everyday necessities can get a tad expensive with such a large family. Not to mention how much all the treats that kids demand can add up to. 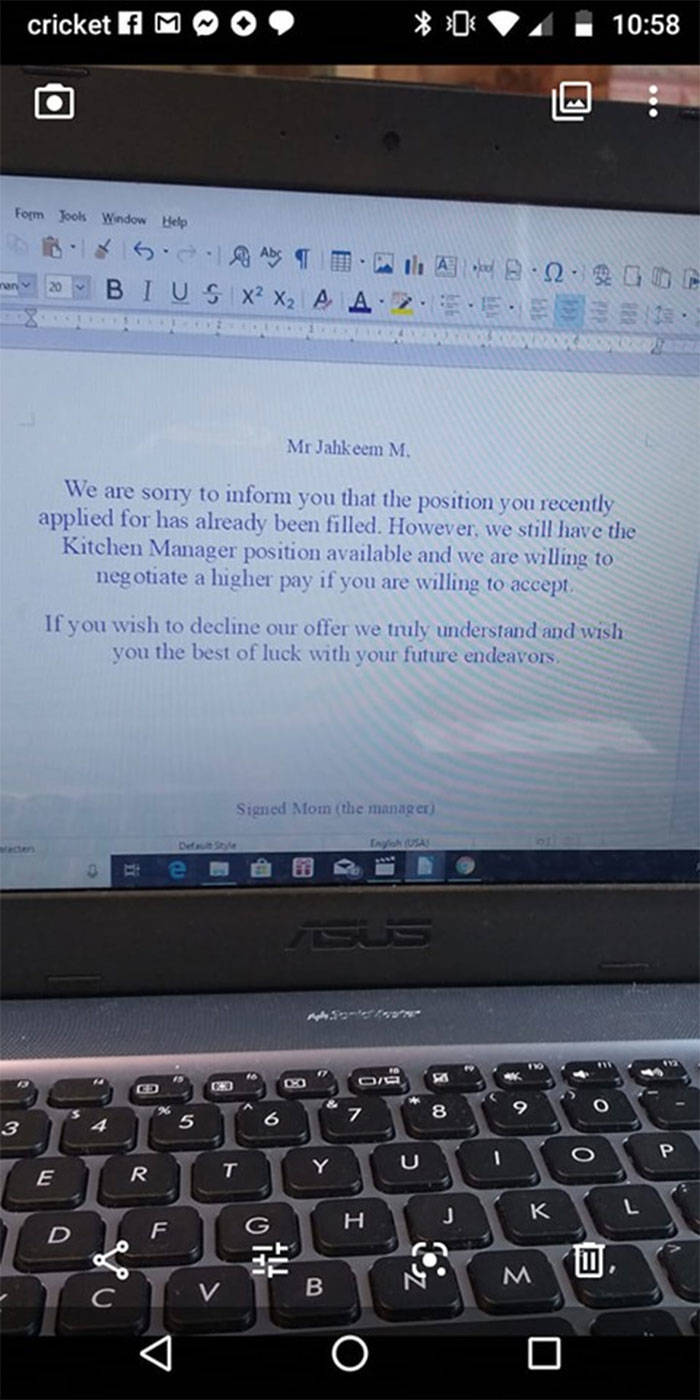 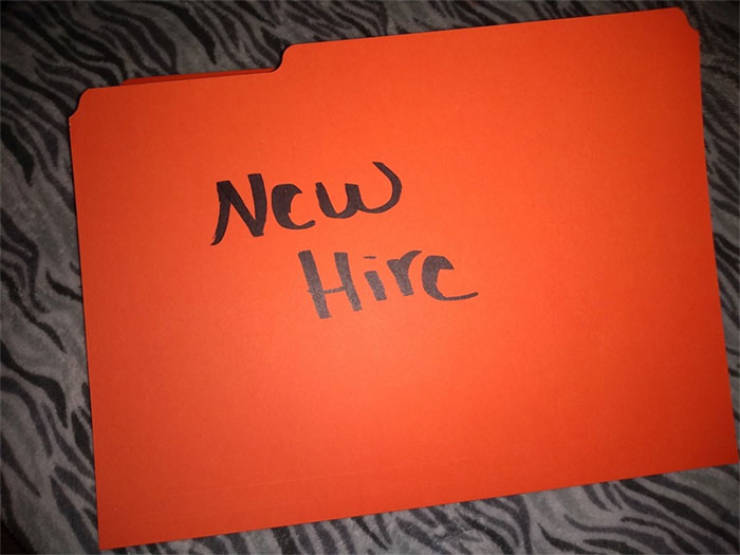 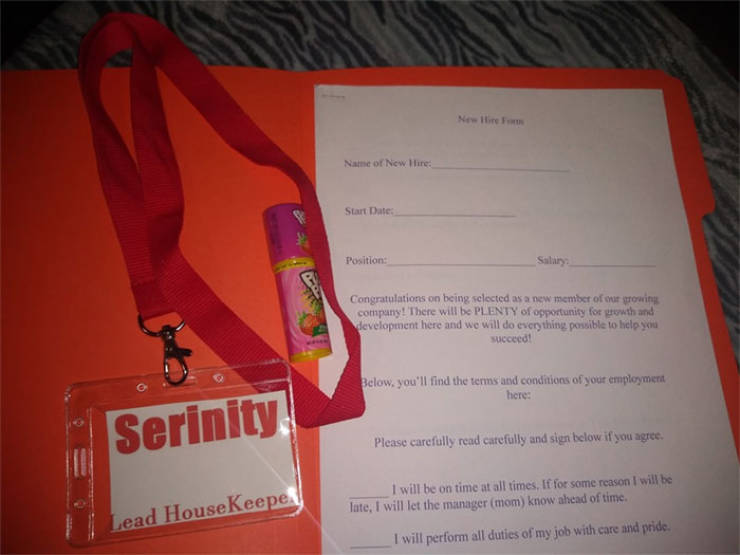 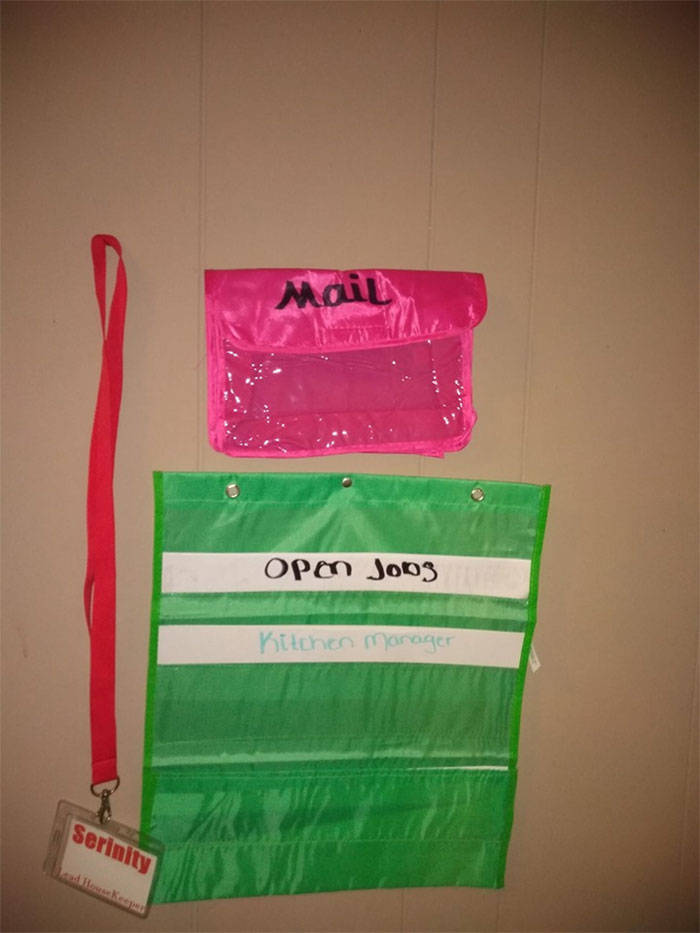 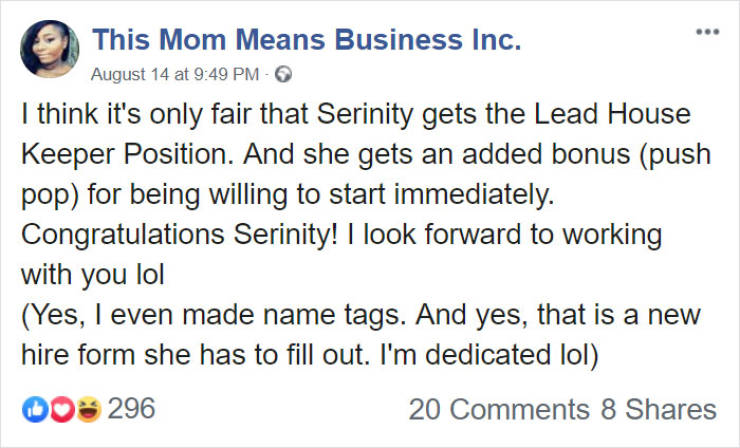 Tom and Donna on the TV show Parks and Recreation live a ‘treat yo self’ kind of life, but Shaketha obviously doesn’t want her kids to follow the same path. So she put up ‘job’ notices for various chores in her home, printed out job application forms for her kids, and even established ‘Mom’s Credit Union.’ Among the list of open positions were lead housekeeper, laundry supervisor, and kitchen manager. Personally, I believe that the latter sounds like the best starting spot for a great career, but what do you think? 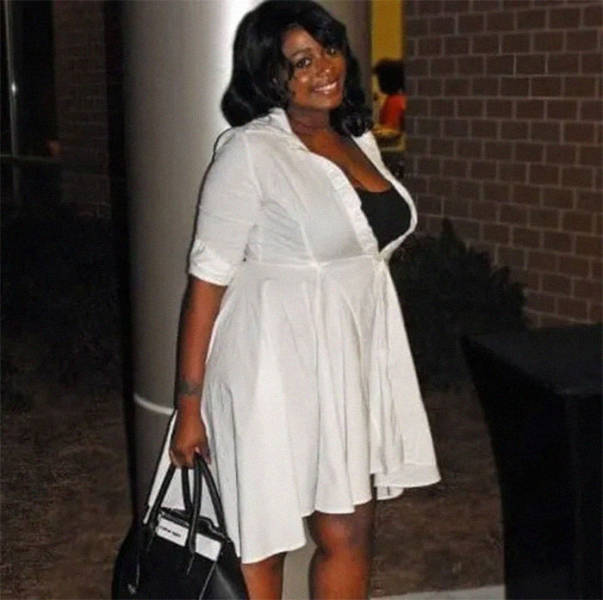 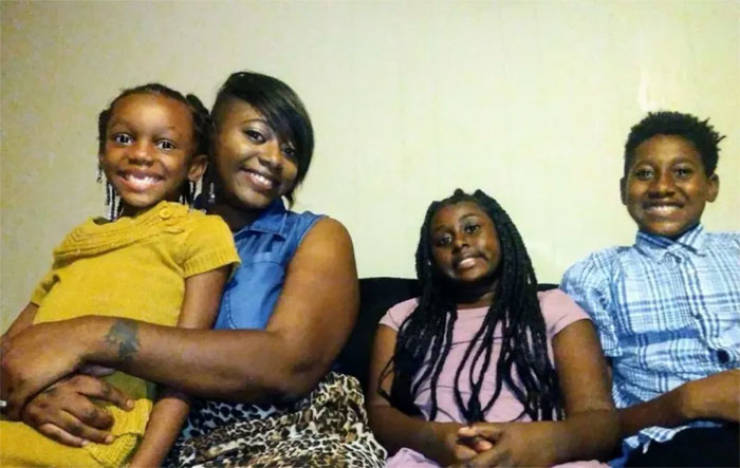 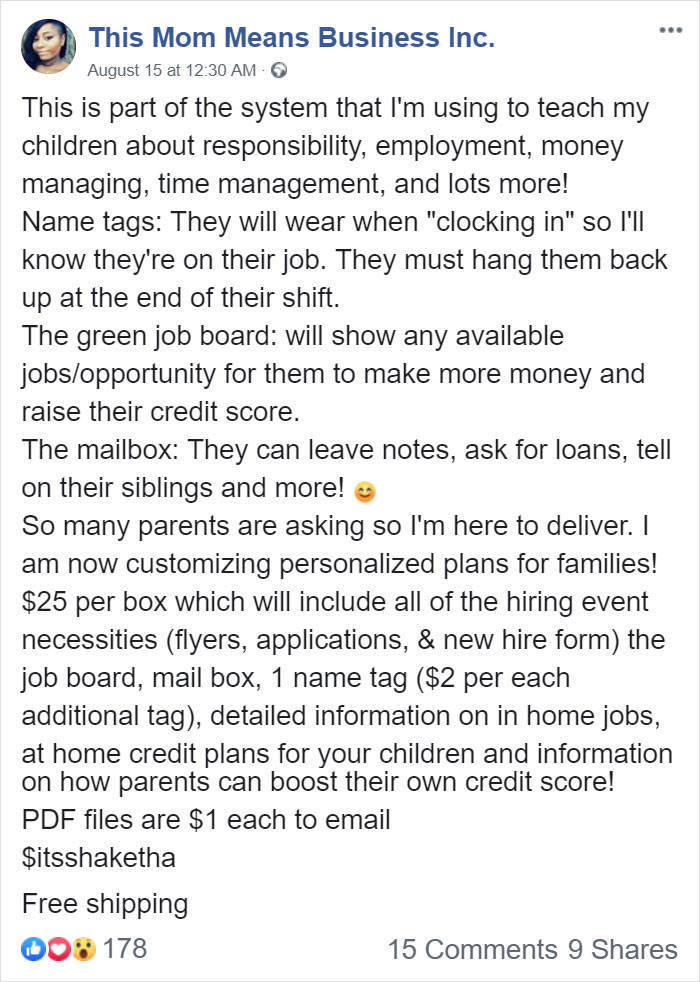 Psychology Today reveals that chores are a positive thing for kids due to several reasons. First of all, they learn how to do necessary tasks from an early age. Which means they won’t end up as forty-somethings who can’t even butter their own toast or do their own laundry. Secondly, children learn the importance of doing their bit for the family, and by extension, for their community. In other words, if your kid grows up to be functioning members of society, the world becomes a better place to live in. Thirdly, research shows that youngsters are happy when they help their loved ones. Sounds like a win-win situation for everyone involved.

What do you think about making kids do chores? How big do you think their allowance should be? Should more parents start doing what Shaketha did to instill the right values from an early age? For everyone’s sake, we hope that the United States’ economy holds strong and none of Shaketha’s kids have to be fired from their ‘jobs.’

Female 9 month s ago
They not handing out free Obama-phones anymore?
Reply
-2

Photo 9 month s ago
thats awesome. but where's the father? wonder why he quit his job with that woman?
Reply
0

Domestic 4 month s ago
child support redistribution scheme? Wouldn't be surprised, if 35-40 years later she will have to pay for each visit to the cr#ppy nursing home.
Reply