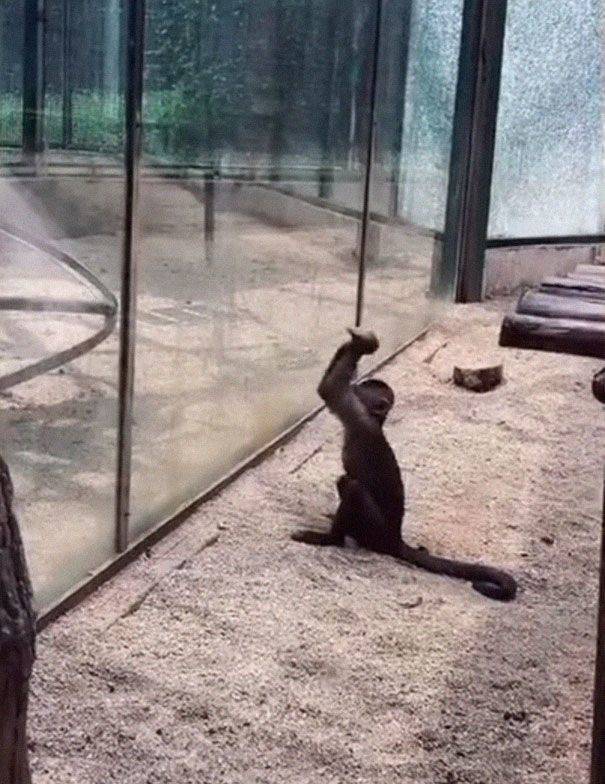 The Daily Mail writes that one tourist, Mr. Wang, said that “the monkey was sharpening the stone, then it started hitting it on the glass. The monkey scared itself away, but it came back to take another look and even touched it.” Was what the monkey did simply an accident? Or was the Capuchin only pretending to be scared at first, so we wouldn’t suspect it had other nefarious plans? 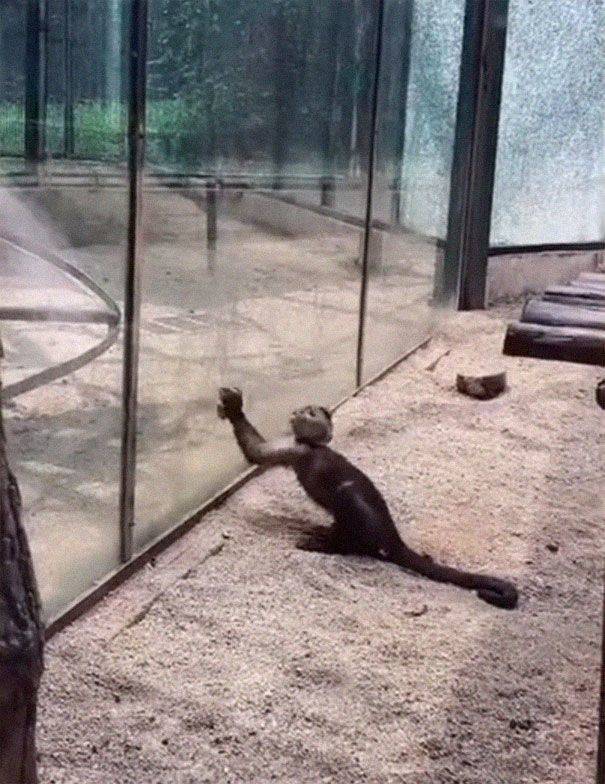 Meanwhile, one of the zoo’s staff Tian Shuliao told the media that “this monkey is unlike other monkeys. This one knows how to use tools to break walnuts. When we feed walnuts to other monkeys, they only know to bite it. But it had never hit the glass before though. This is the first time. It’s toughened glass, so it would never have got out. After it happened, we picked up all the rocks and took away all its ‘weapons’.” 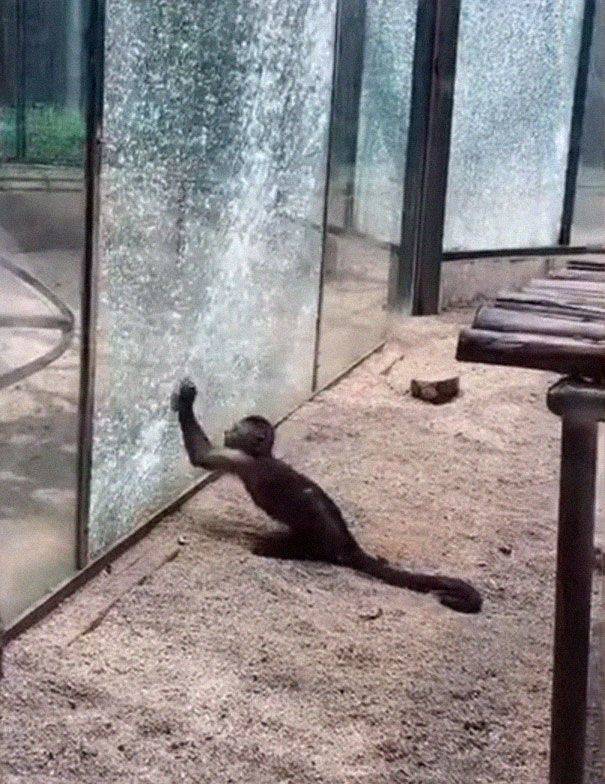 As surprising as it sounds, quite a few members of the animal kingdom know how to use tools, and not all of them are monkeys. According to Live Science, chimpanzees use stone tools and even make spears for hunting other primates. While crows use a wide range of tools, from twigs to their own feathers. 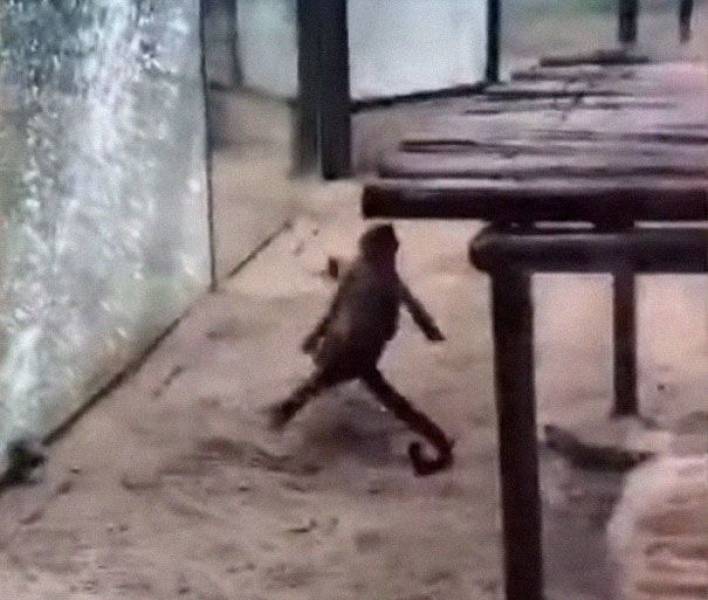 Sea animals are crafty as well. Everyone’s beloved sea otters (the incredibly fuzzy ones) use rocks to hit abalone shells off of stones and crack them open. Octopuses, on the other hand, go for a more defensive application of tools: they use coconut shells as portable armor.

Just in case there’s a monkey uprising in the near future, I’m going to rewatch all the Planet of the Apes films. There might be some good tips on what to do there. What do you think of animals who can use tools proficiently? Do you think tool-wielding monkeys will build their own empire and take over the planet?

People had this to say about the crafty Capuchin monkey 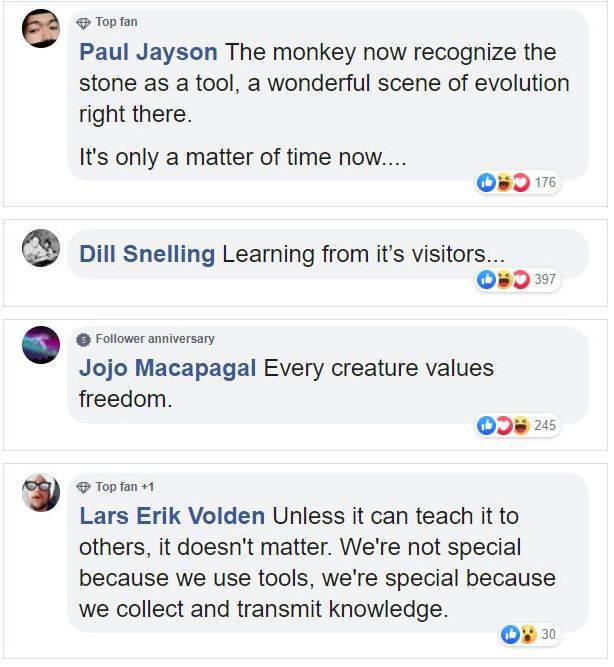 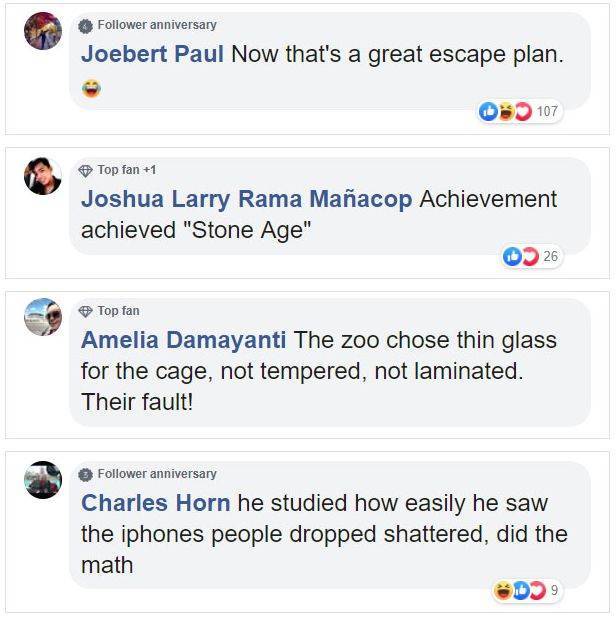 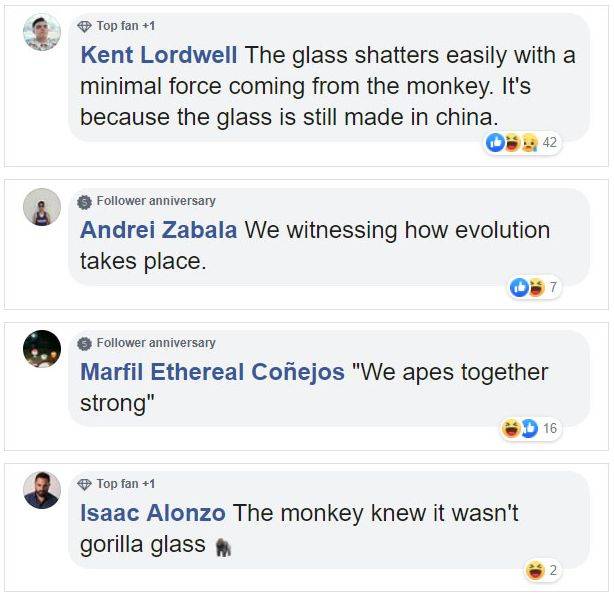 ChrisR 9 month s ago
Tempered glass doesn't make it escape proof; the lamination does. Tempered glass can withstand harder blows, but it shatters into small pieces when it breaks. Sharp objects (like this stone) makes them easier to break, and even a small tap on the edge can make it explode (google prince Rupert's drop to see how it works)

This is also why tempered glass is used in car windows (as "safety glass"; it doesn't make long sharp "swords" that can impale you in an accident.