“My mother and grandmother demonstrating safety standards in the 1960s.” 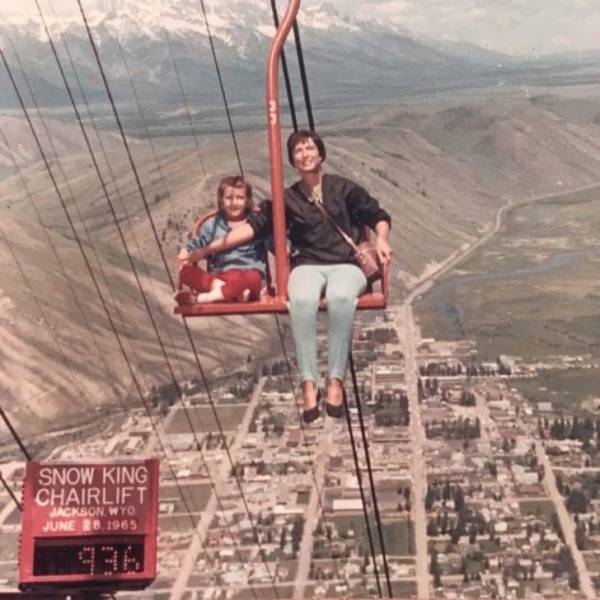 “My 13-year-old dad having a taste while the grown-ups are busy playing cards, upstate New York, August 1954” 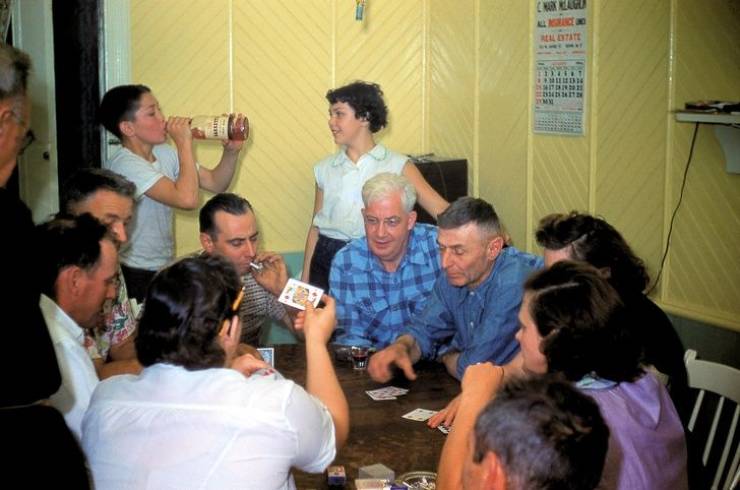 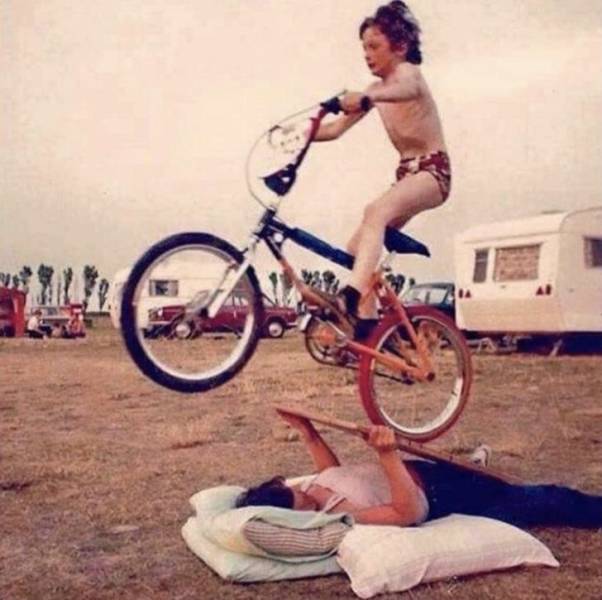 “Infant me, my mother, and my father at a bar, because that’s how parents rolled in the early 80s.” 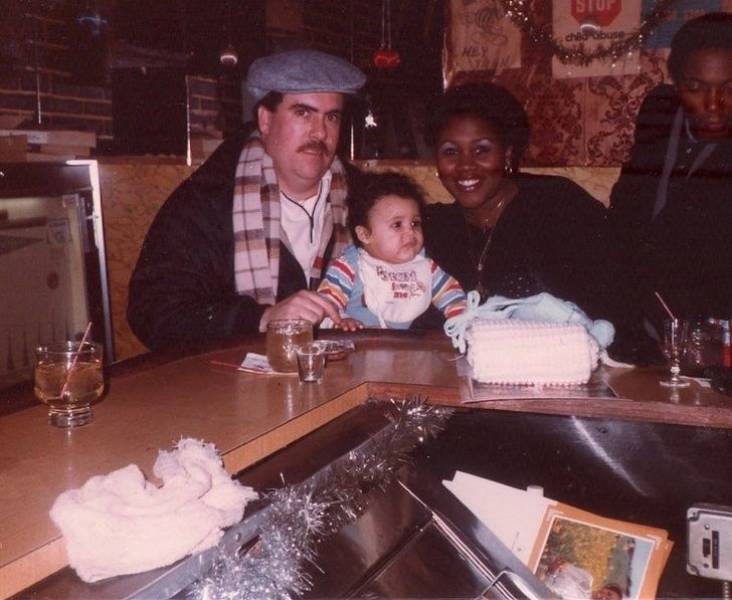 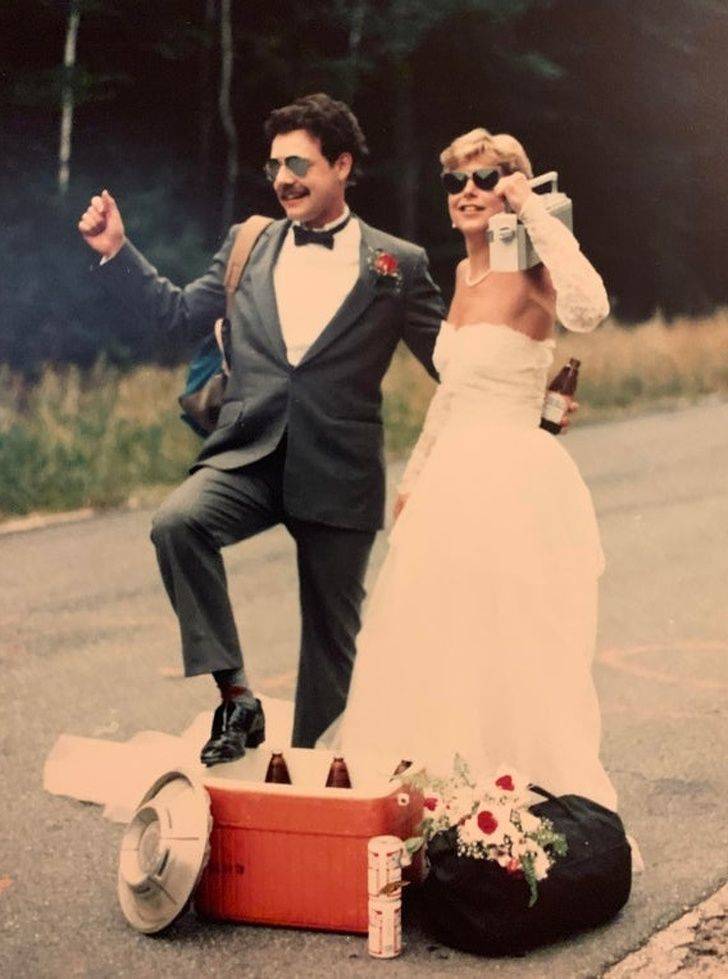 “Our grandmothers didn’t shy away from fun.” 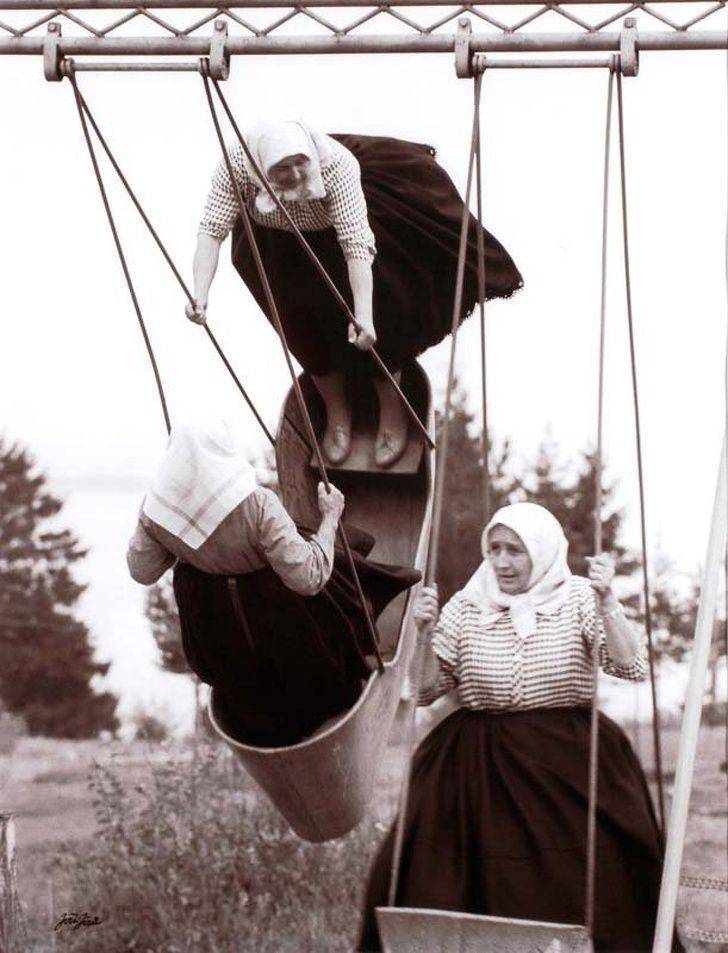 “My grandma always used to tell us about this kid that would sing at the resort on her vacations in Hawaii in the 90s. Turns out that kid was Bruno Mars.” 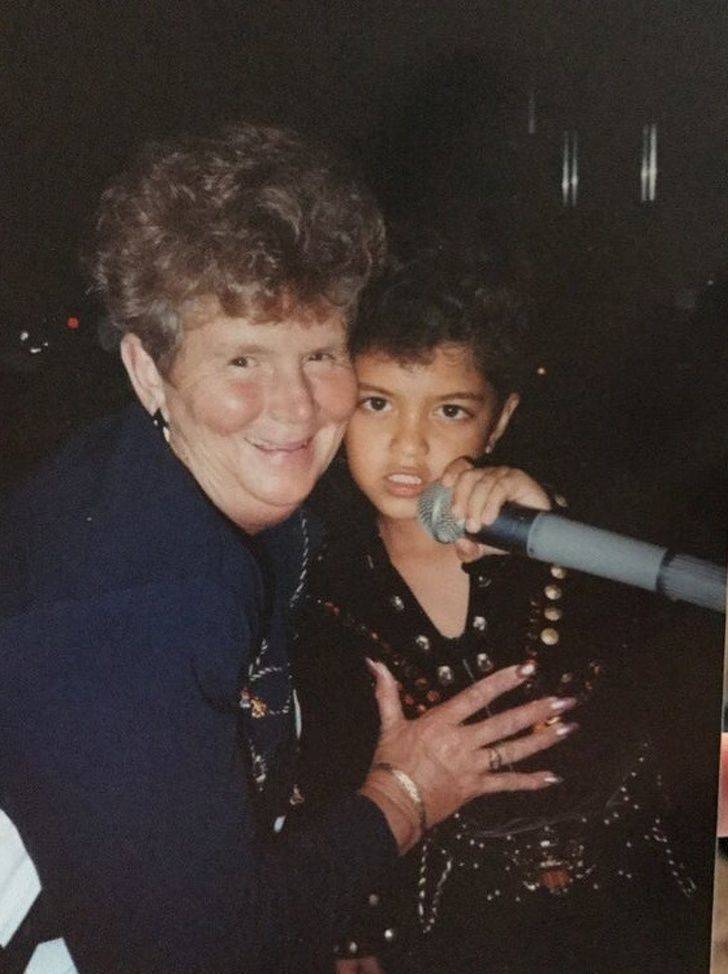 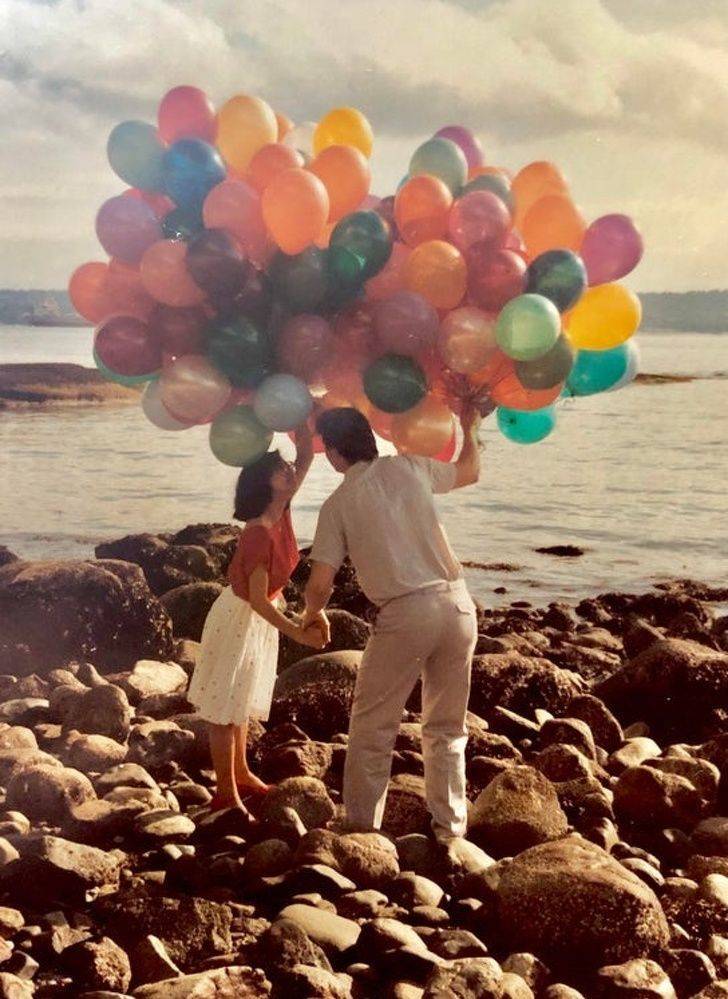 “My grandparents wearing each other’s clothes, 1943” 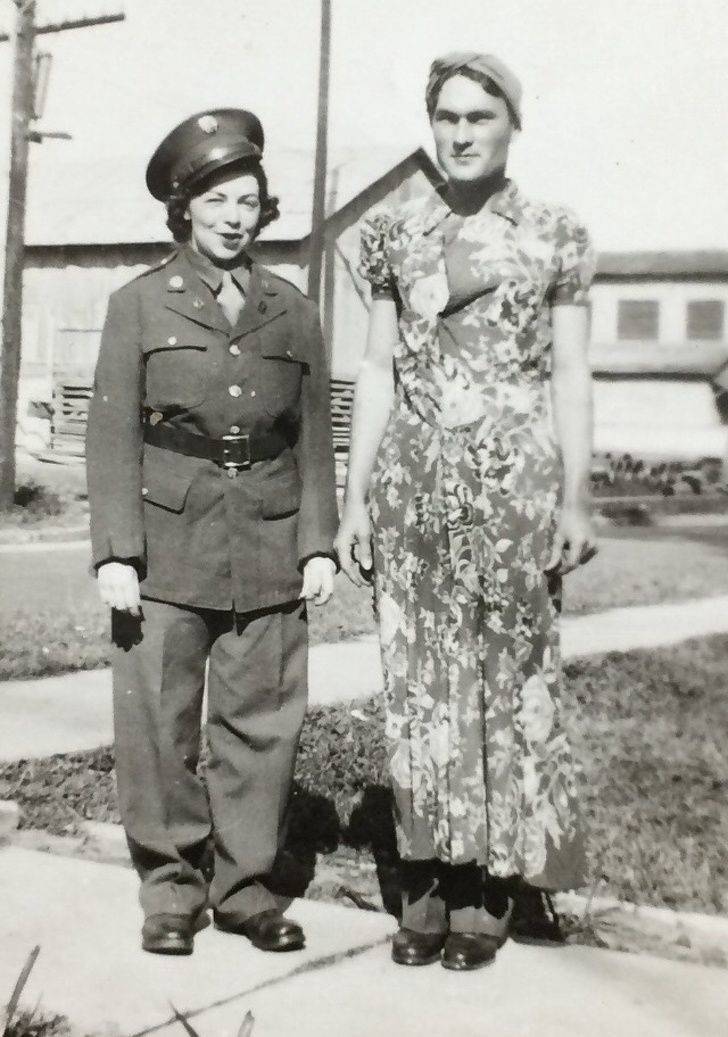 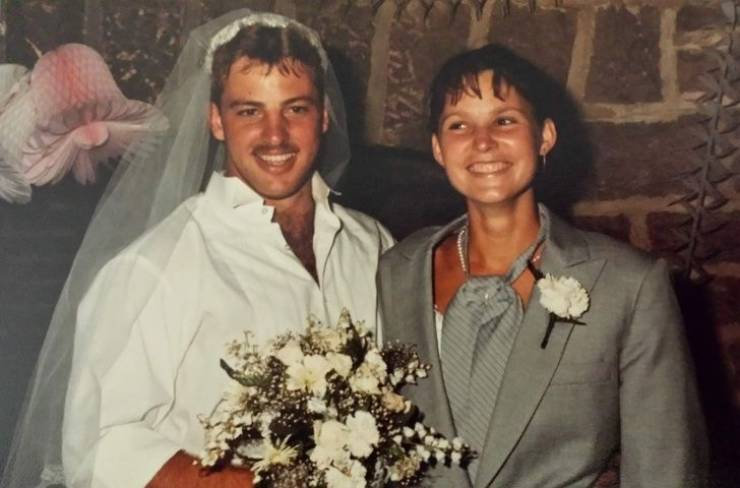 “My mom’s baby picture from the time when photo flashes were small combustion explosions, 1922” 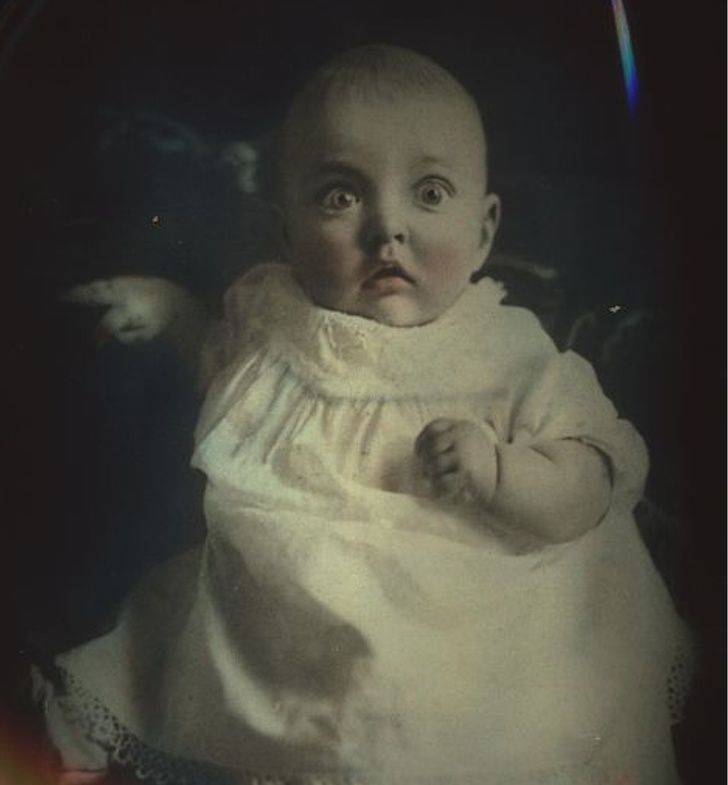 “My favorite picture of my mom: She was the only girl in her welding class in 1984.” 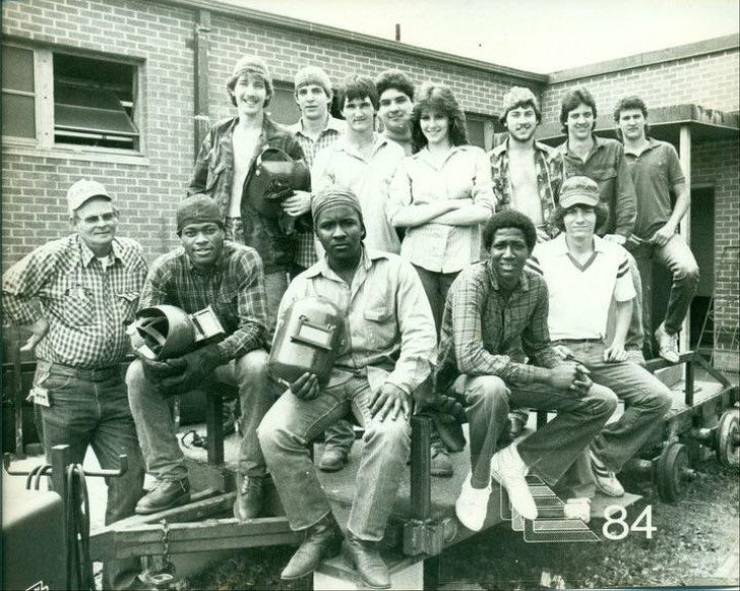 “Chuck Norris pinned by my dad.” 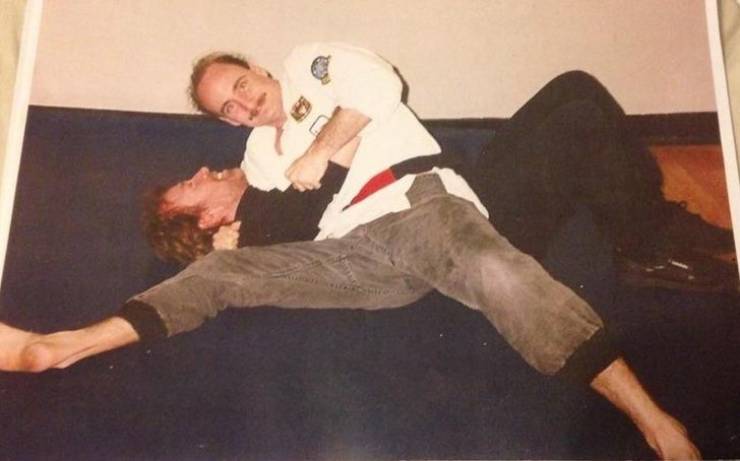 “My dad diving off the starboard fin of a submarine and into the Pacific Ocean in the summer of 1983.” 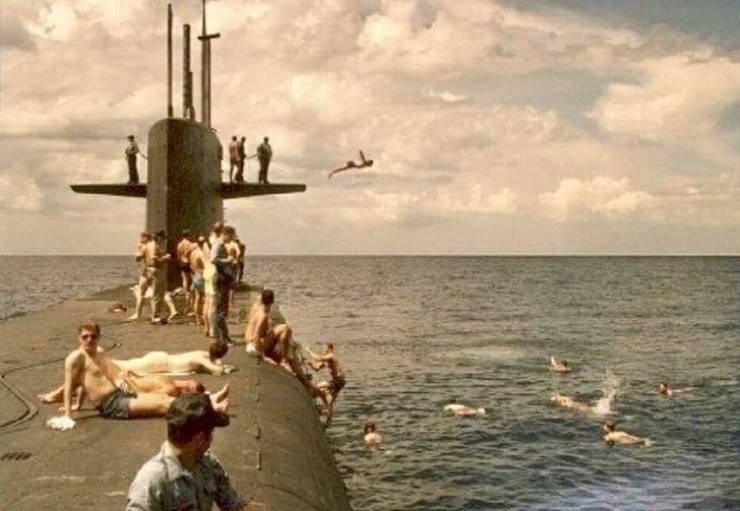 “My grandfather and great-grandmother in 1941: He always wanted to be a pilot in the Air Force but wasn’t allowed to because of his colorblindness.” 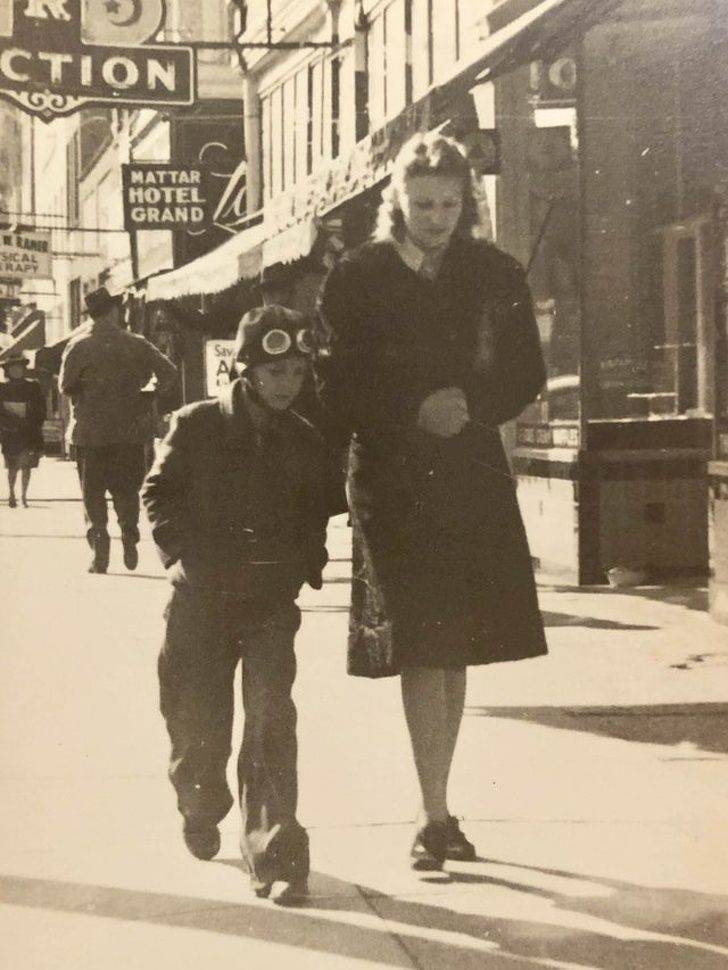 “My great aunt and her dad in the 1950s, he couldn’t wait for his tree to grow before using his hammock.” 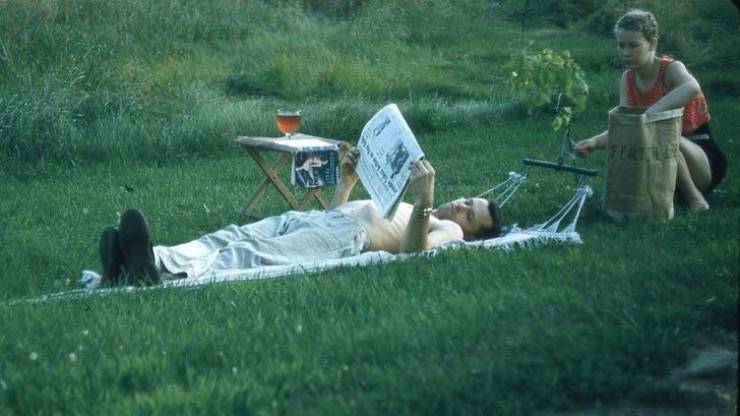 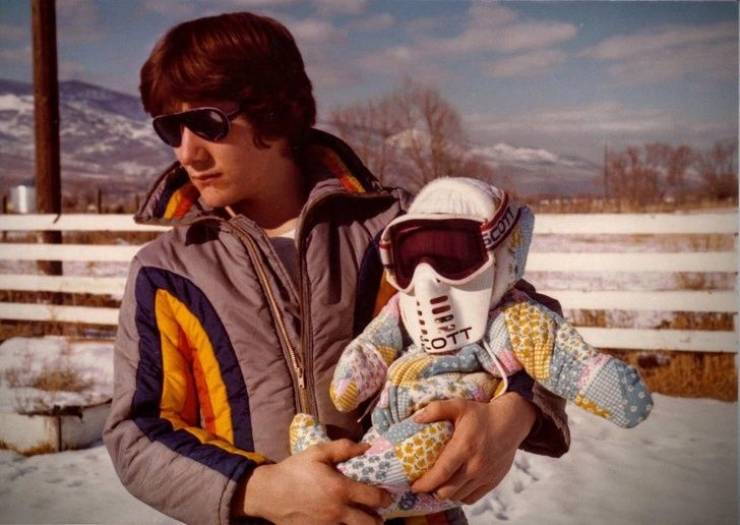 “My grandfather on my grandmother’s shoulders, sometime in the 1940s” 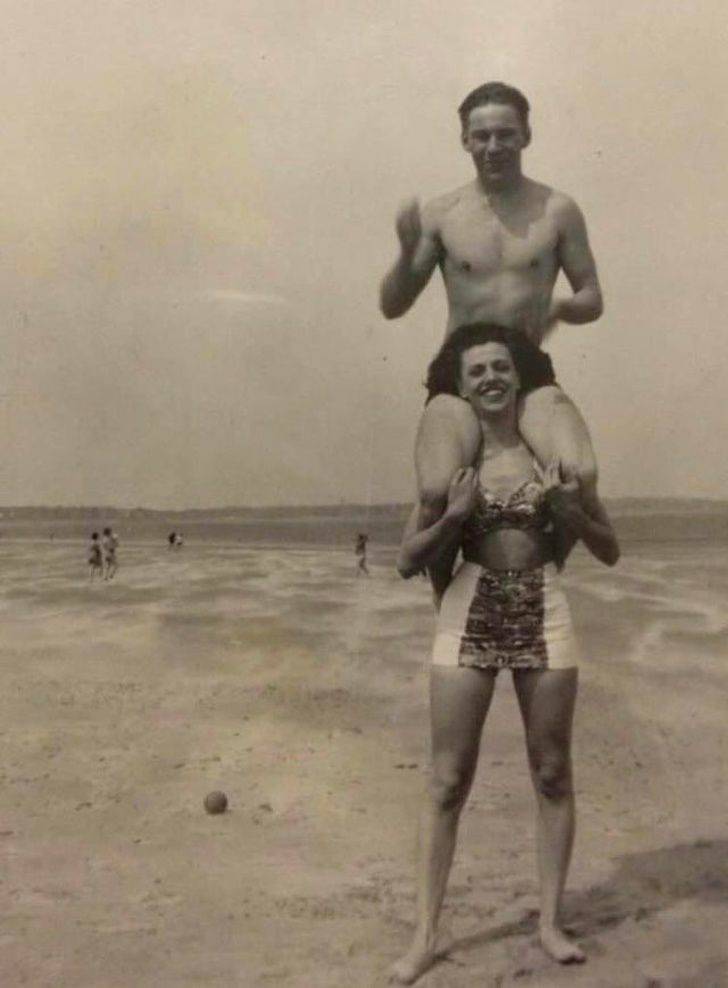 “My uncle being held by a guy in a weirdly realistic bear costume, early 70s” 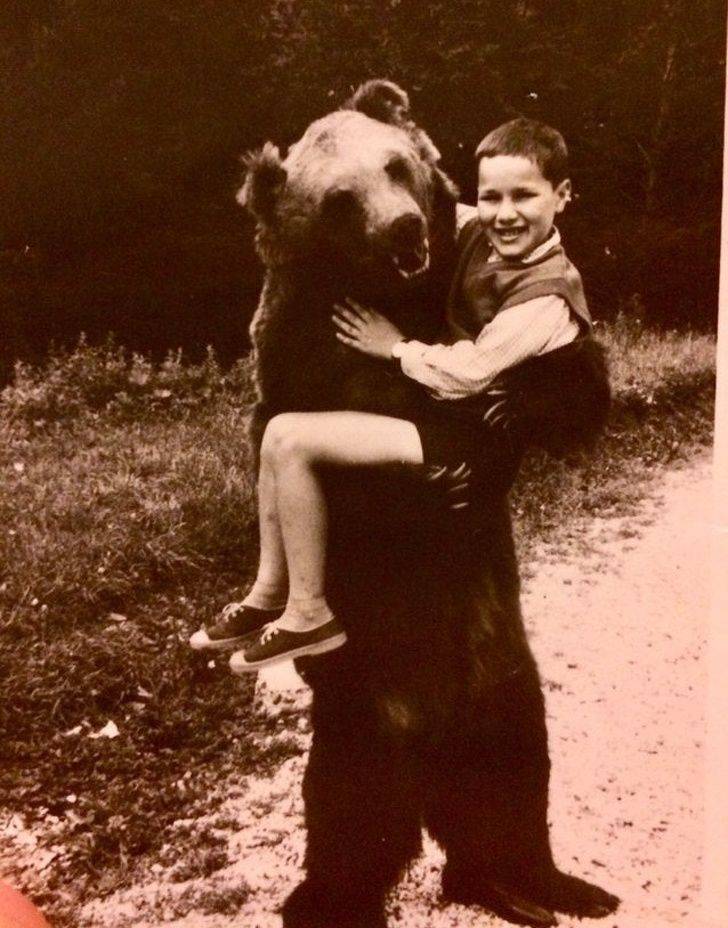 “The swimmobile! How my mom learned to swim in inner city Detroit in the 60s” 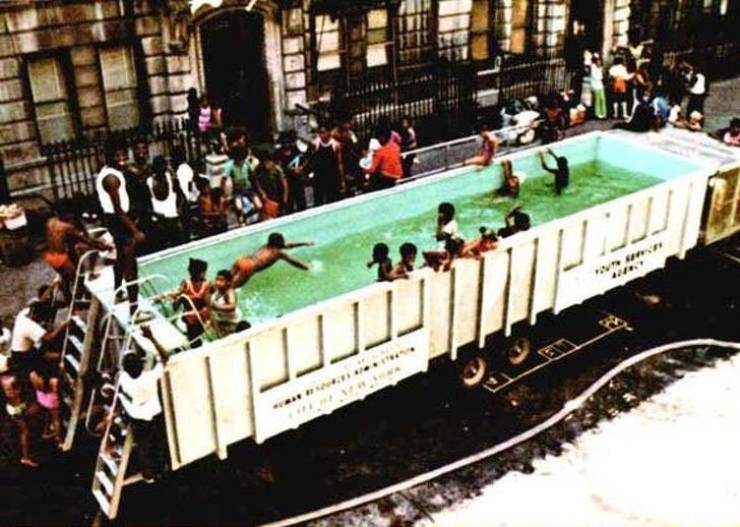 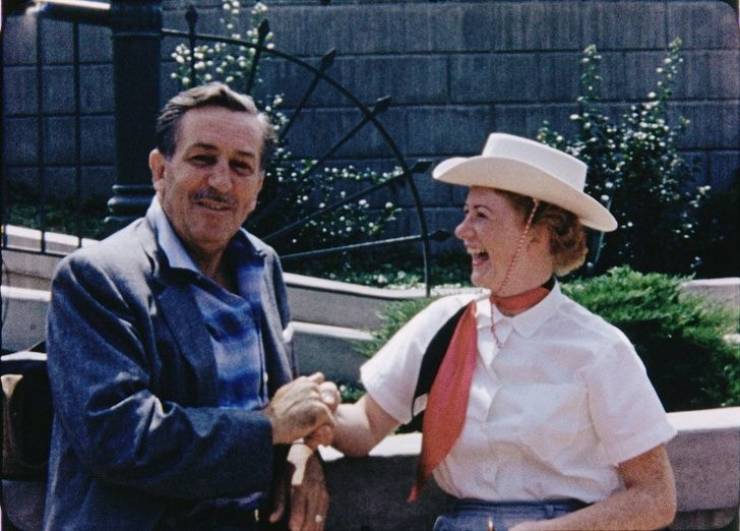 “My dad’s skateboarding at Hyde School in 1982. I think he was cooler than me.” 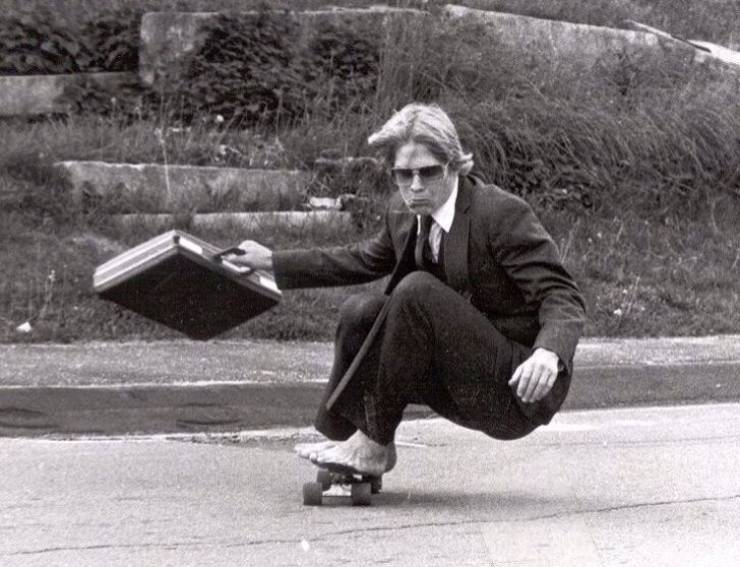 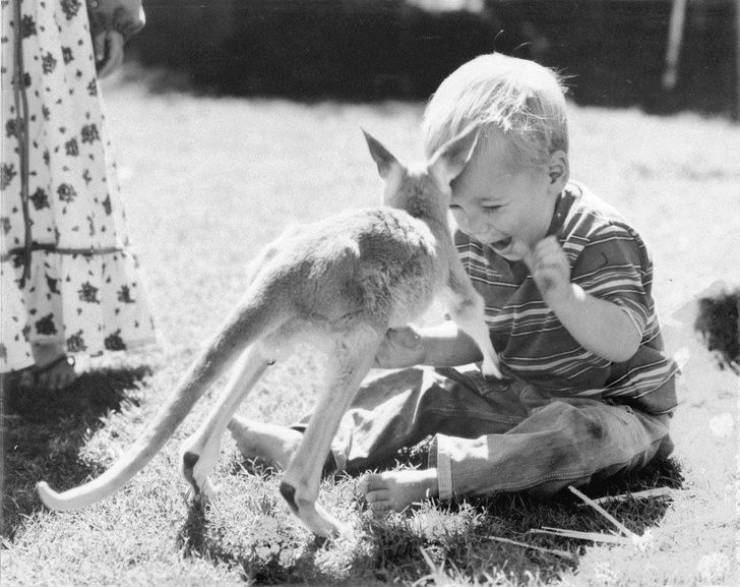 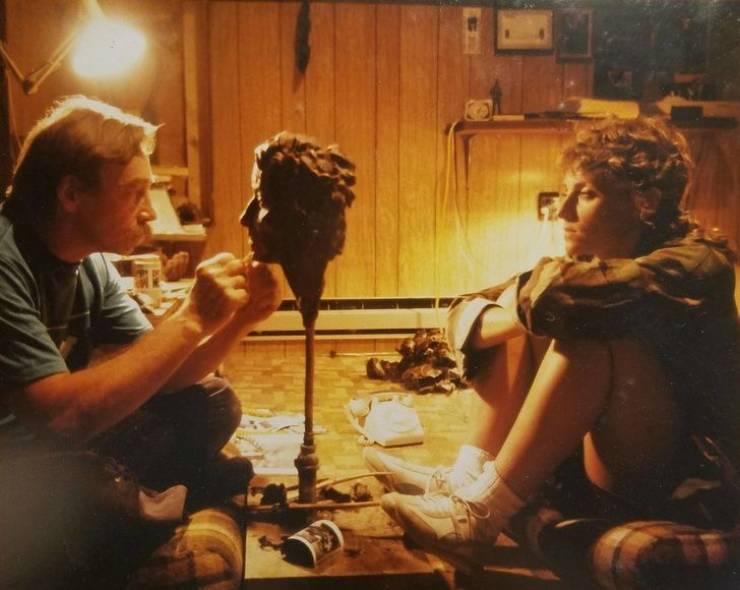 “My mom winning the pie eating contest by beating all the boys, 1950” 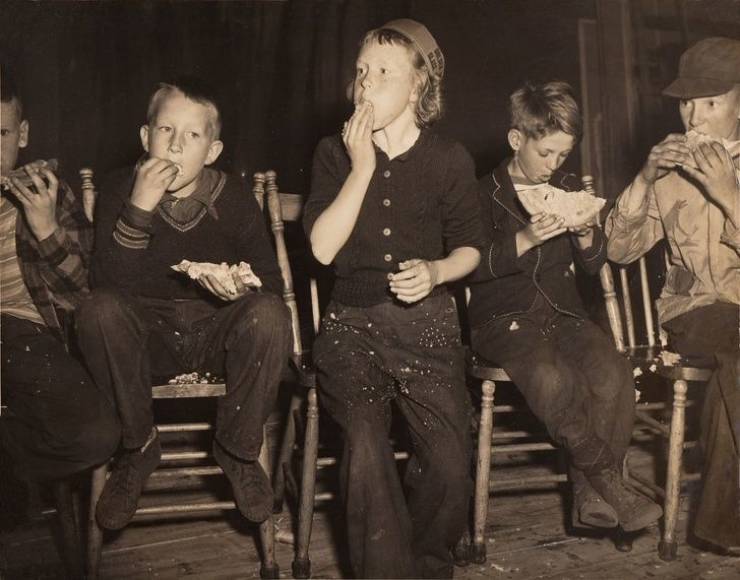