Scandinavia Is Such A Unique Land! (27 pics)

In Sweden some restaurants don’t cut your pizza. They give you scissors and you do it yourself. 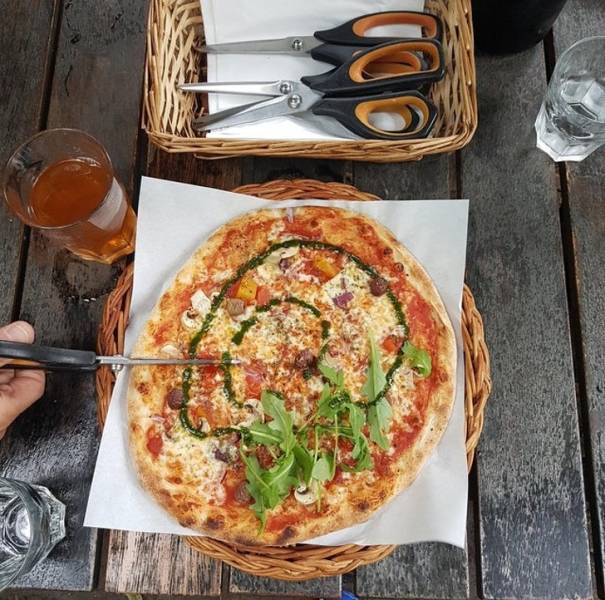 A bus stop library in Norway 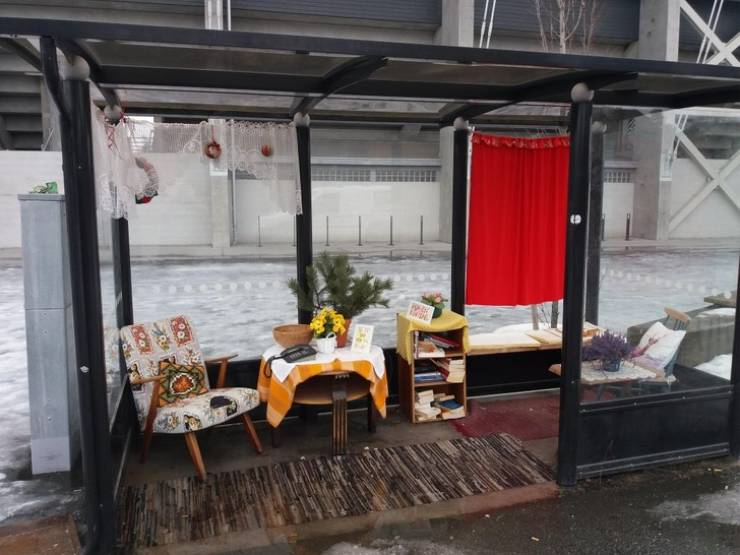 A McDonald’s building in Norway 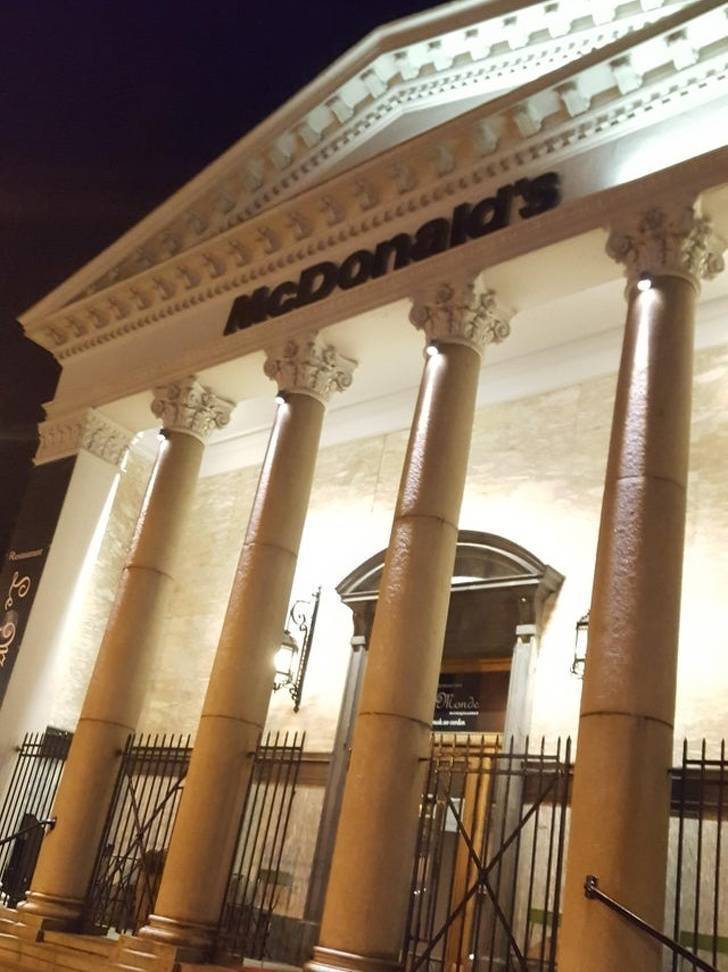 Urinals on the 21st floor at midnight in Oslo 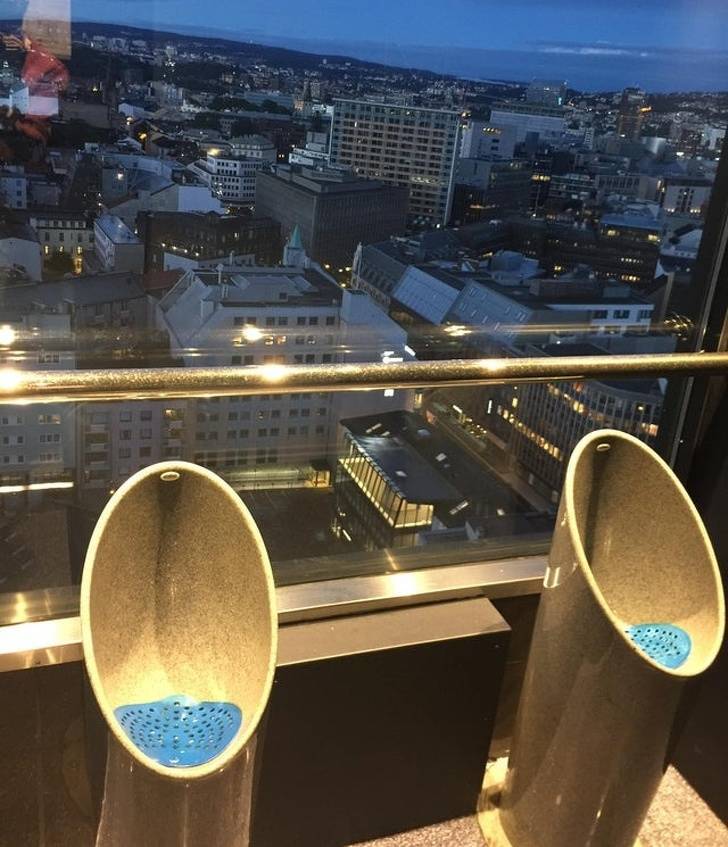 In Denmark there are special hitchhiker-stations. 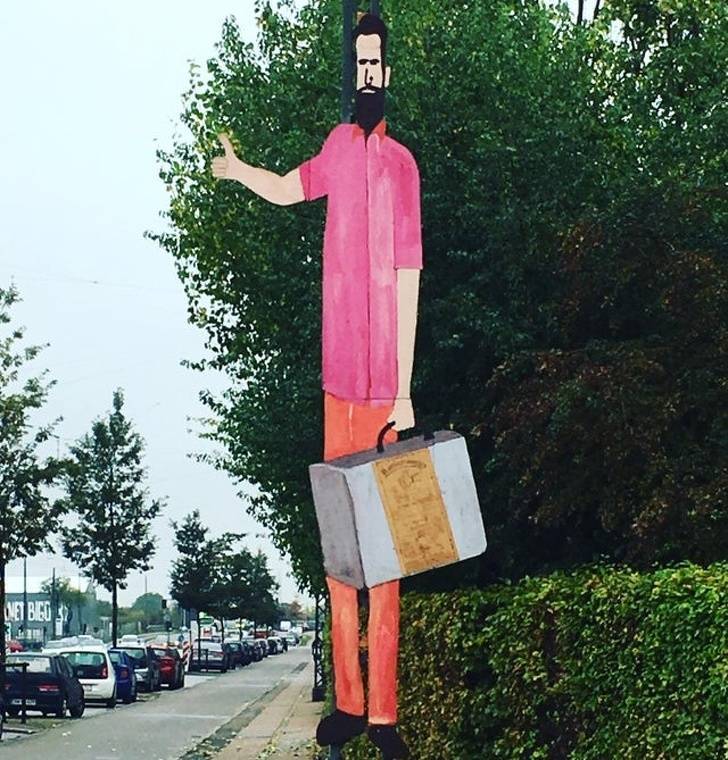 This Burger King in Norway has a sink for you to empty your soda in before you throw the cup away. 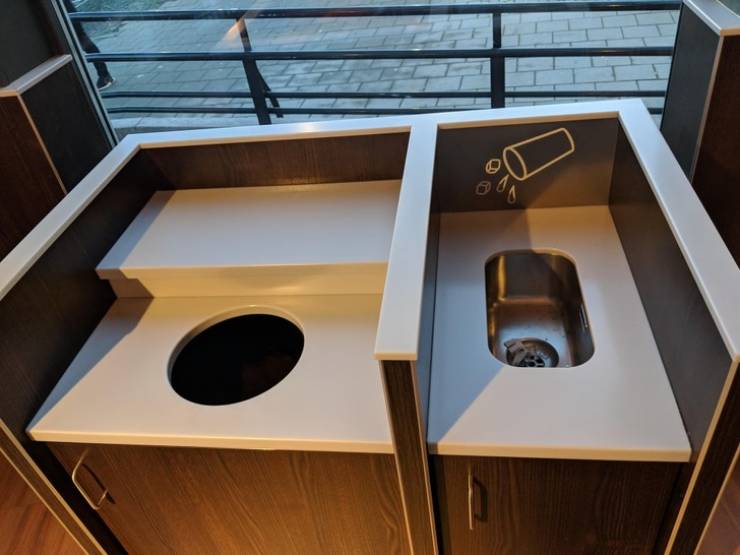 Check out the midnight sun in Norway — there is light at night as well. 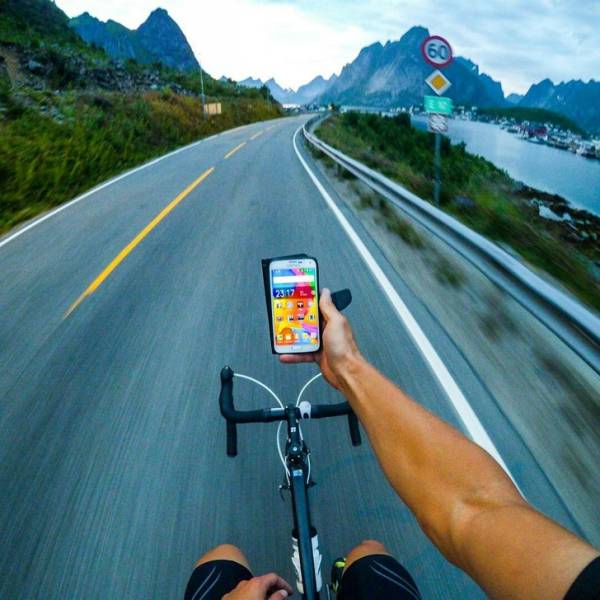 “In Sweden we have trash cans with Wi-Fi to attract people to throw away their trash.” 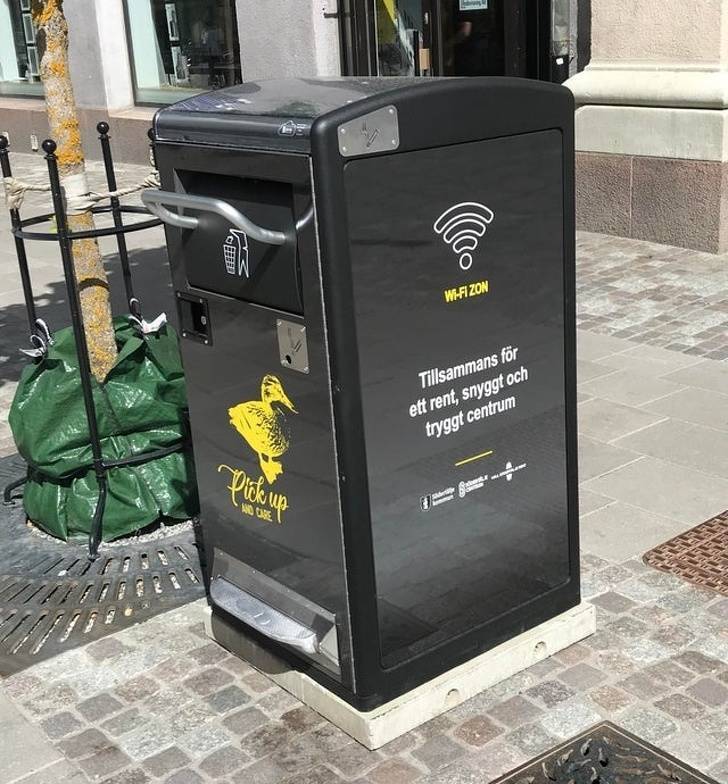 In this park in Denmark, the authorities installed ladders on the trees to help kids climb safely. 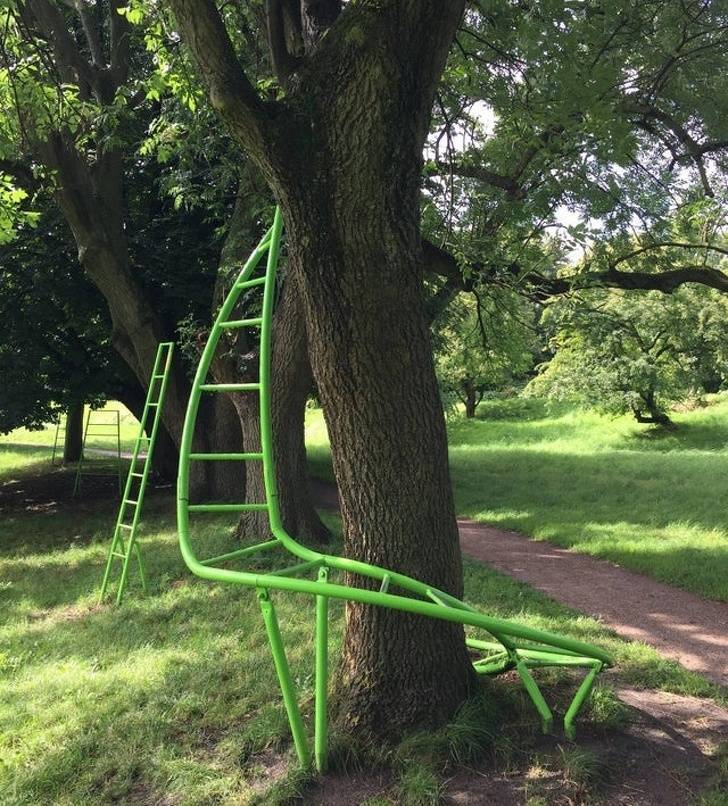 New 6-packs of beer sold in Norway are held together only by glue, the only plastic is the handle. 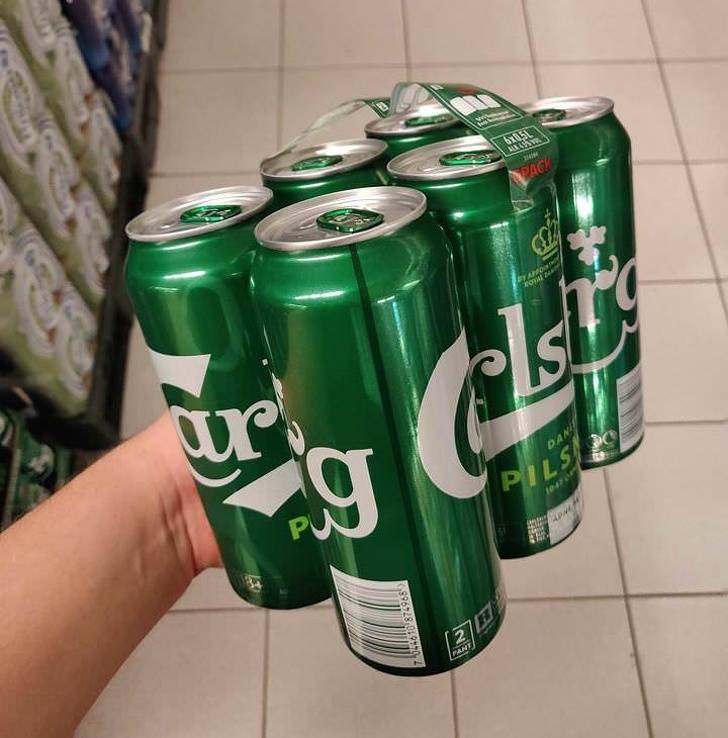 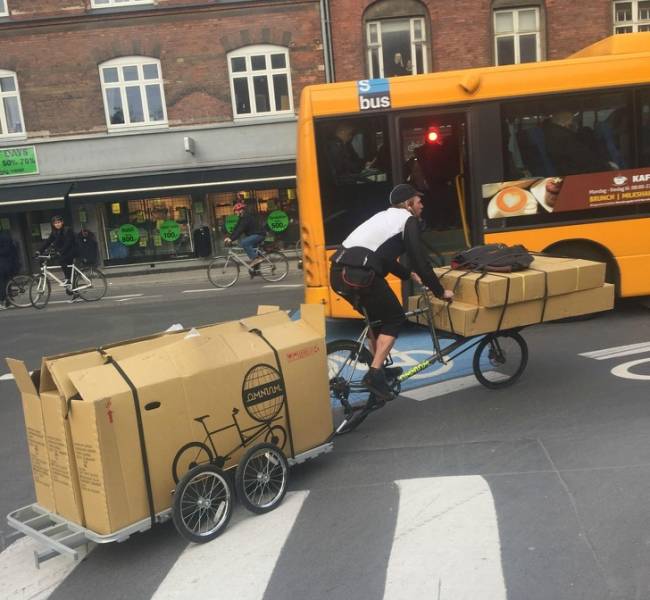 This shopping mall in Norway uses towels instead of paper towels in its bathrooms. 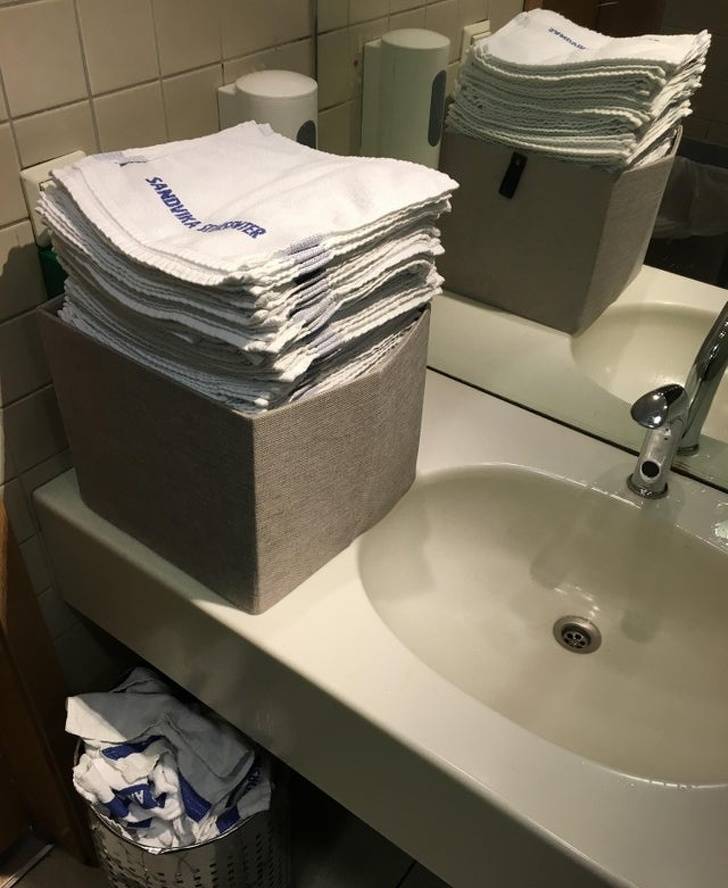 In Copenhagen the trash cans are often situated at an angle so it’s easier for cyclists to throw out their trash. 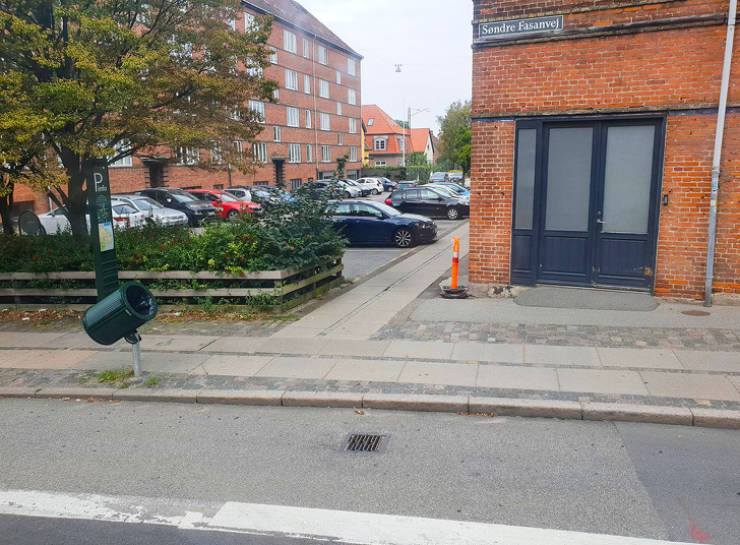 This police car in Sweden uses a roof box to blend into traffic. 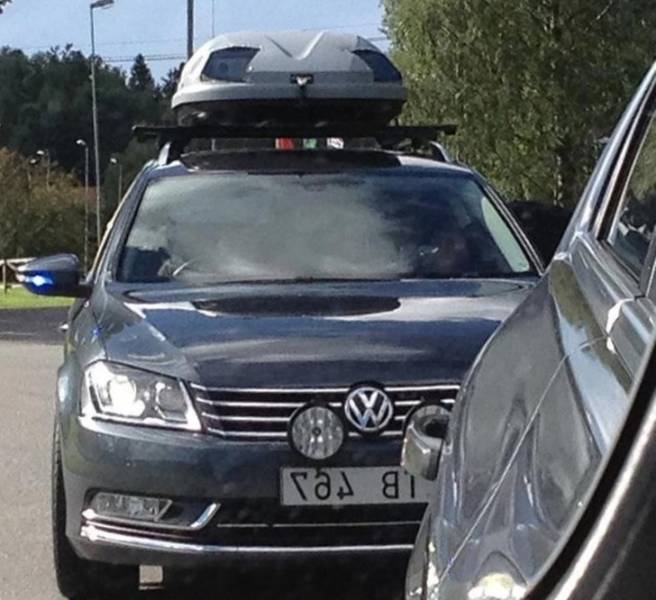 Oslo, Norway has mobile charging stations that are powered by solar panels. 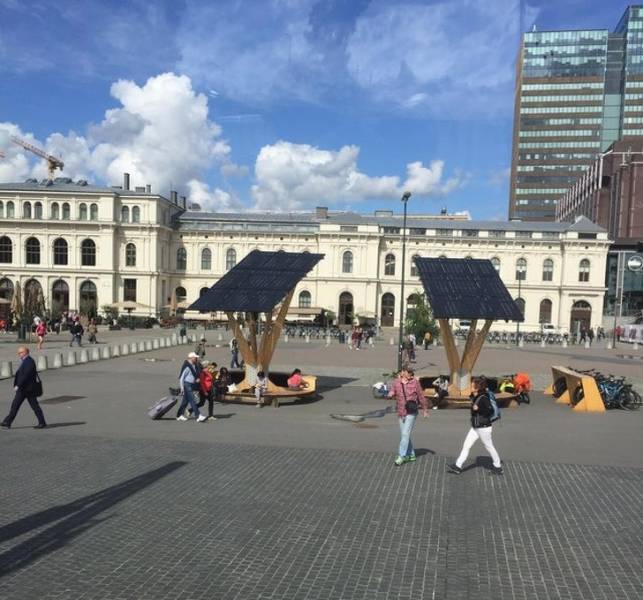 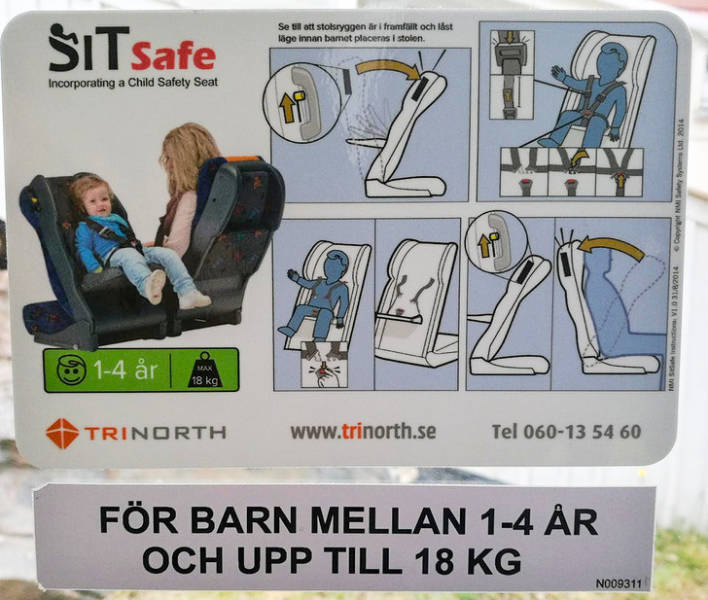 “I turned 18, so the Danish parliament sent me a copy of the Danish constitution.” 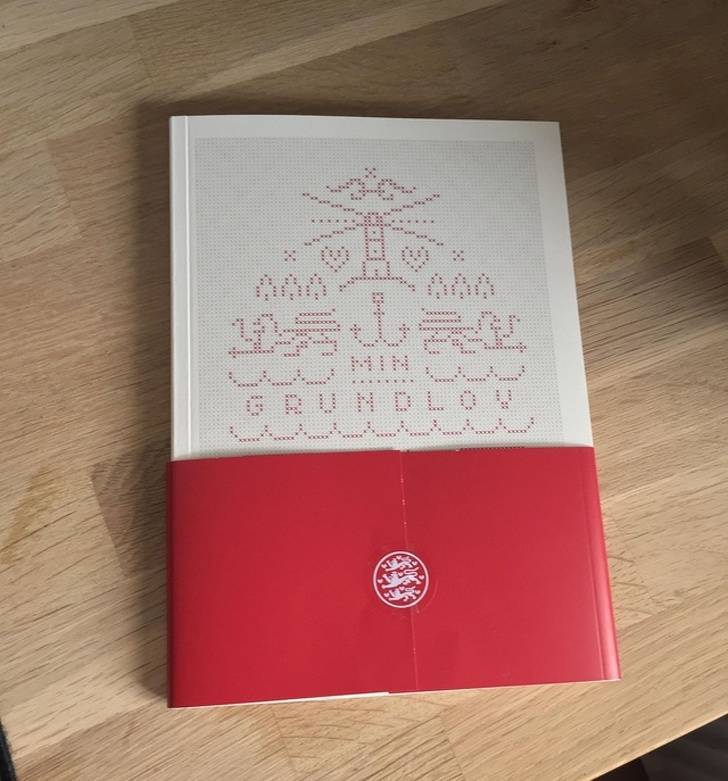 In Norway, the packed meat has a “thermometer” that tells you how many days are left until it’s no longer safe to eat. 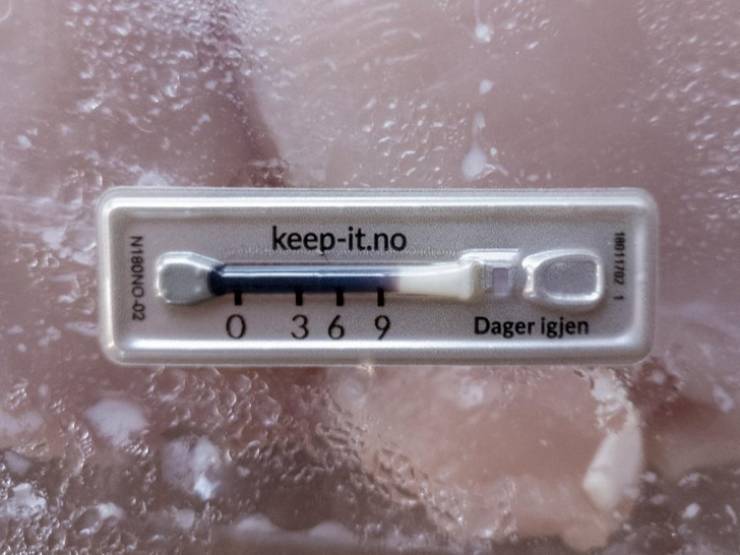 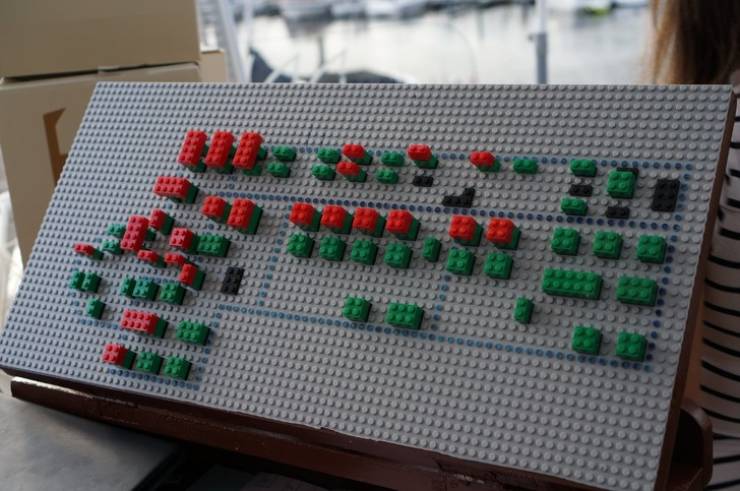 A Norwegian moose stew recipe was sewn inside of a jacket that’s always on hand. 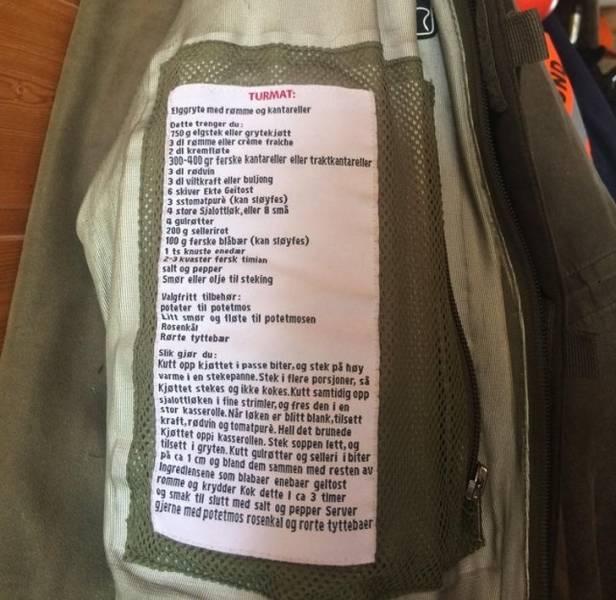 A Danish sperm bank has a special bike with a cryo tank. 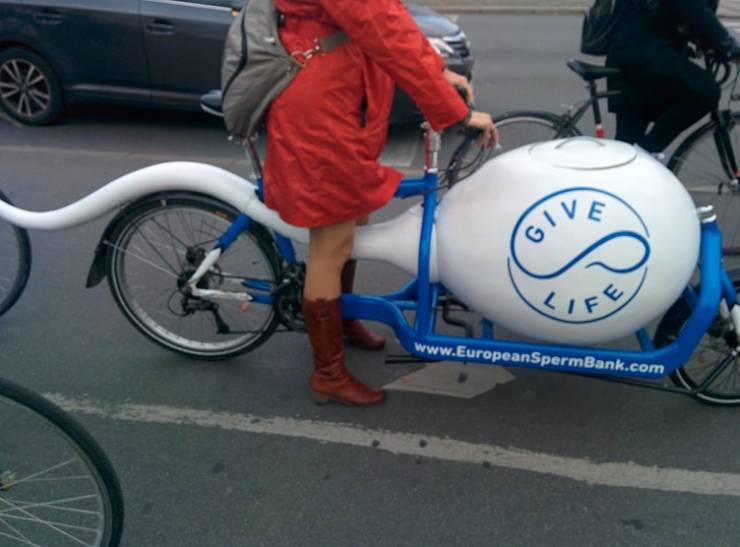 In Sweden they celebrate The Fat Tuesday — a day when they eat lots of these Semla buns. 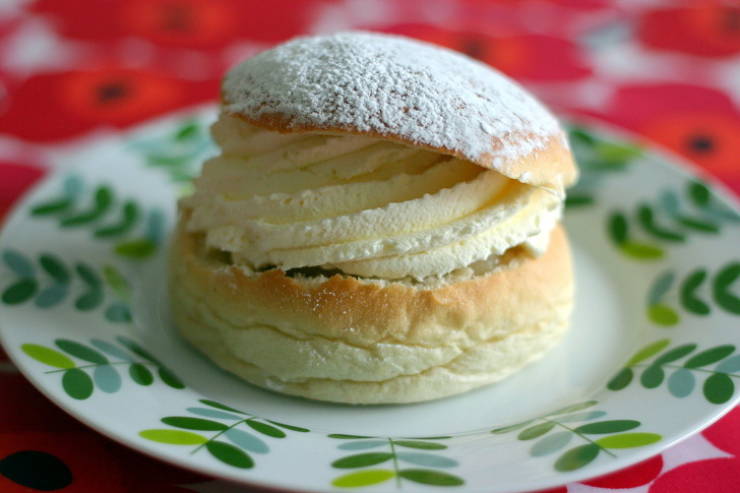 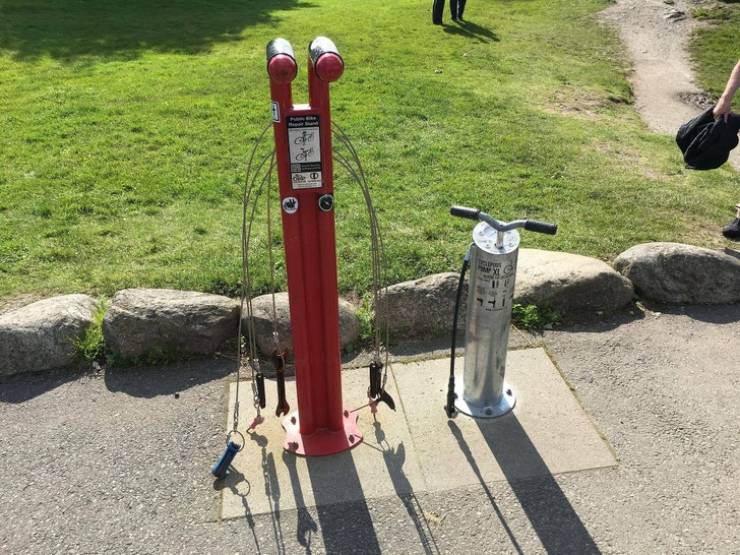 The bathroom signs at a local mall in northern Norway depict reindeer instead of humans.

Waiting at a bus stop in Sweden you can see a perfect depiction of Scandinavian personal space. 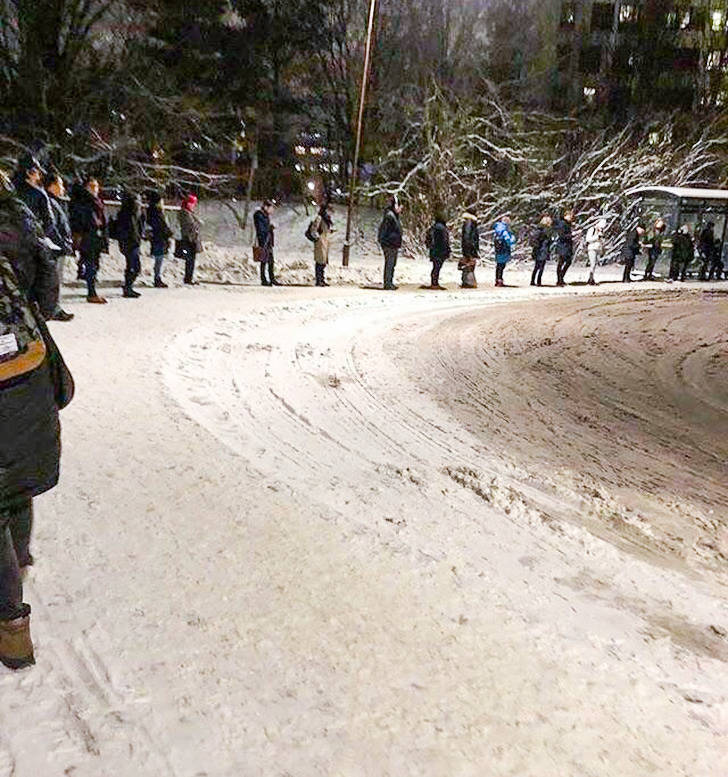 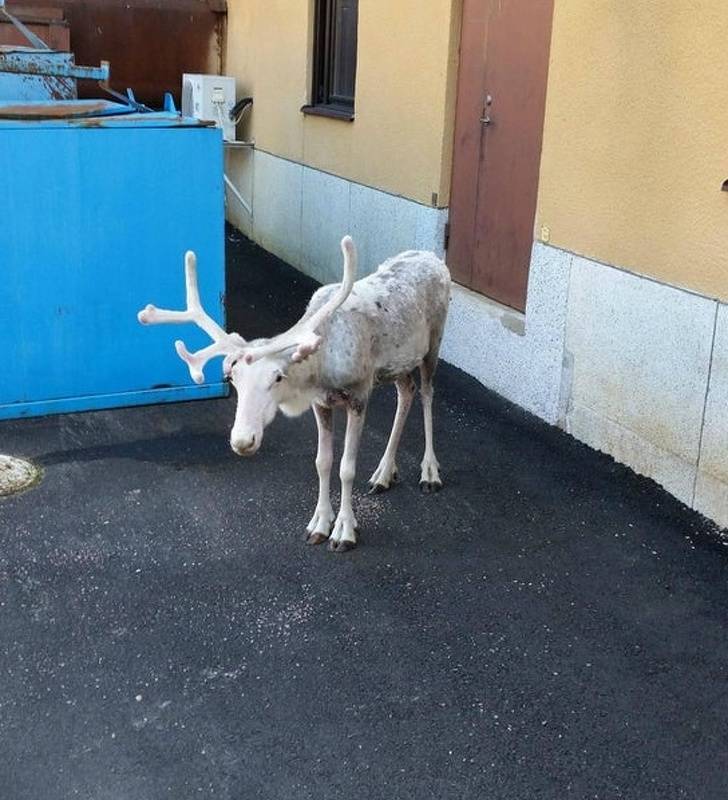 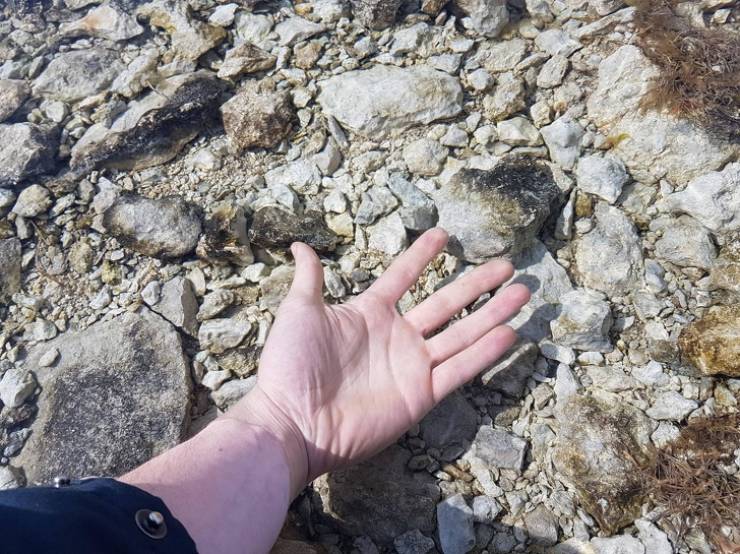 Weird 8 month s ago
Scandinavia is such a unique land..to bad its not a land but rather a gathering of several ones.
Reply
4

Jump 8 month s ago
I am from Norway, that's just ONE of the countries in Scandinavia

Three 8 month s ago
In Finnland, every single mom or "new" parents got a babybox from the government filled with first need stuff for the baby.
https://www.finnishbabybox.com/
Reply