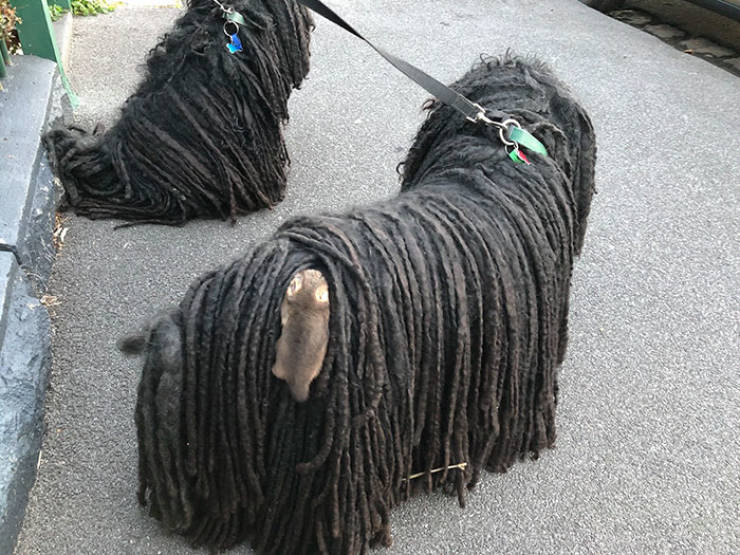 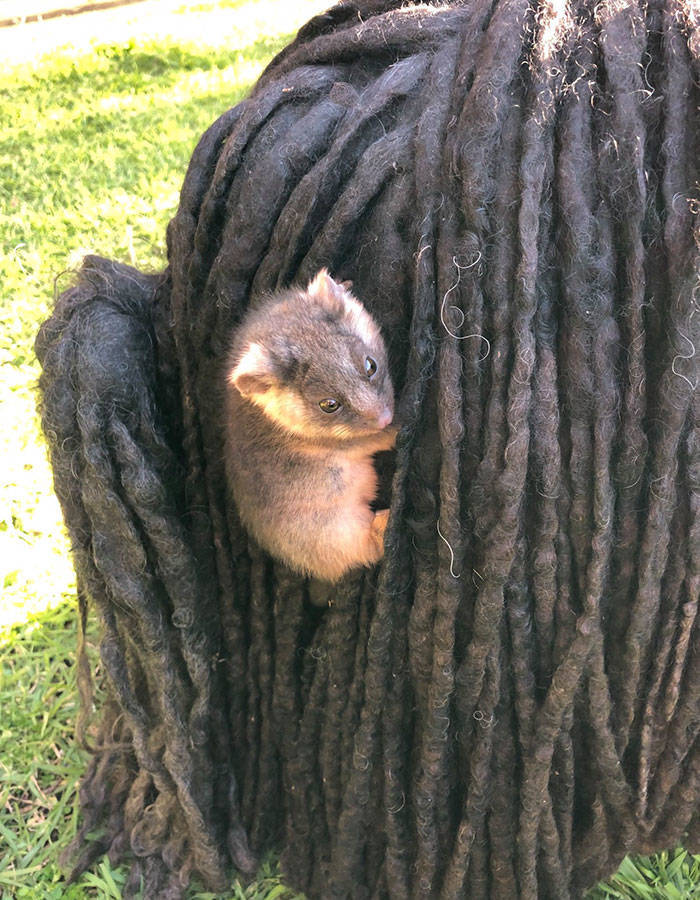 And then, only a day later, Sally shared an update that it happened again. This time, the Australian woman found a baby boy clinging to her dog’s fur. “This one was annoying him a bit more as it seemed to be digging in a bit, Hugo [her other dog] was still ignoring it,” Watkinson shared in a Facebook post. 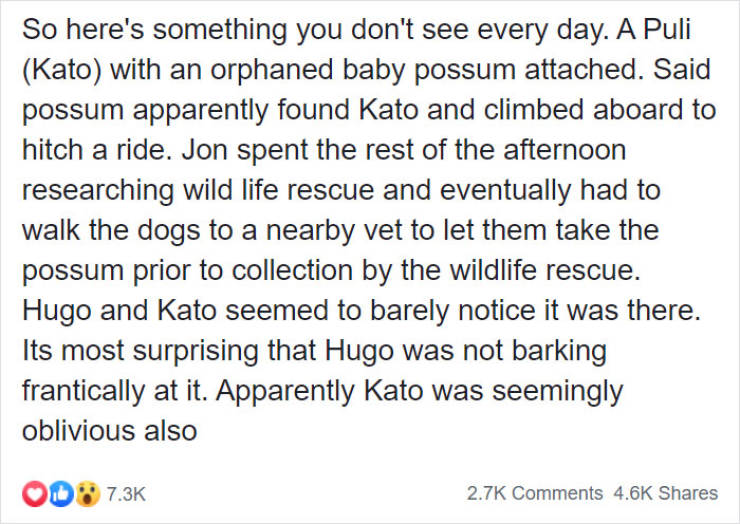 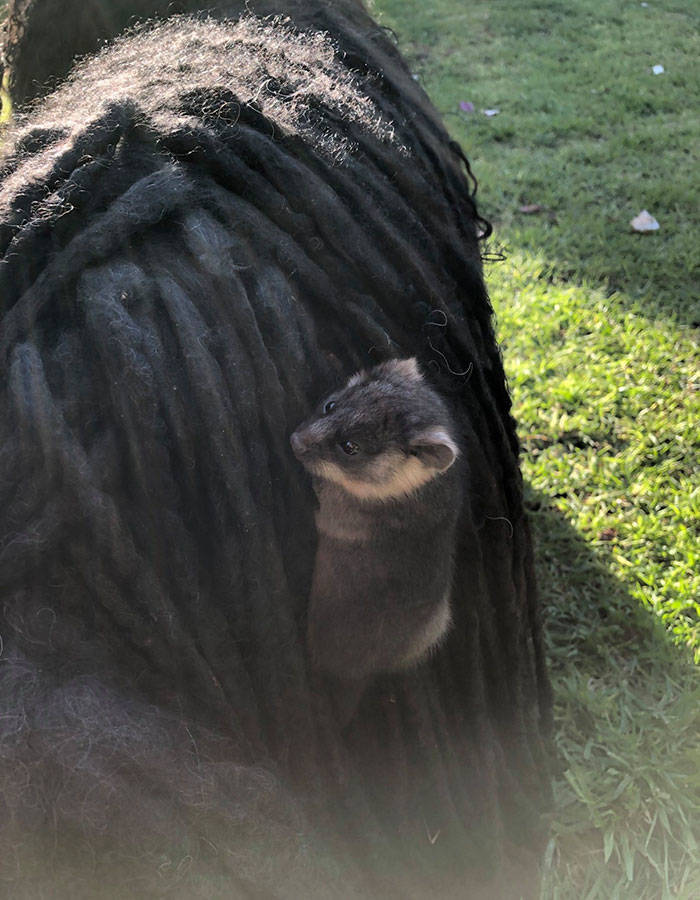 “This time, the vet nurse nearly fell off her chair when we turned up,” Sally detailed their second trip to the vet’s, with yet another baby possum. This one was a boy possum and as the woman reported, he “should also be ok”. In the comments under her original post, Watkinson also shared some additional information about the situation. The babies are well taken care of by a wildlife carer and will be released back into the wild when they’re ready. The couple speculates that the poor possums were orphaned because a possum catcher took their mother. “Possum man has not returned calls regarding what happened to the mother, therefore, no opportunity to reunite and release,” the woman shared the disheartening news. She also reported that they’ve consulted with the vet who informed them that such possums as the ones found usually have a litter of 2-3, so they are keeping an eye out in case there’s a third one somewhere. 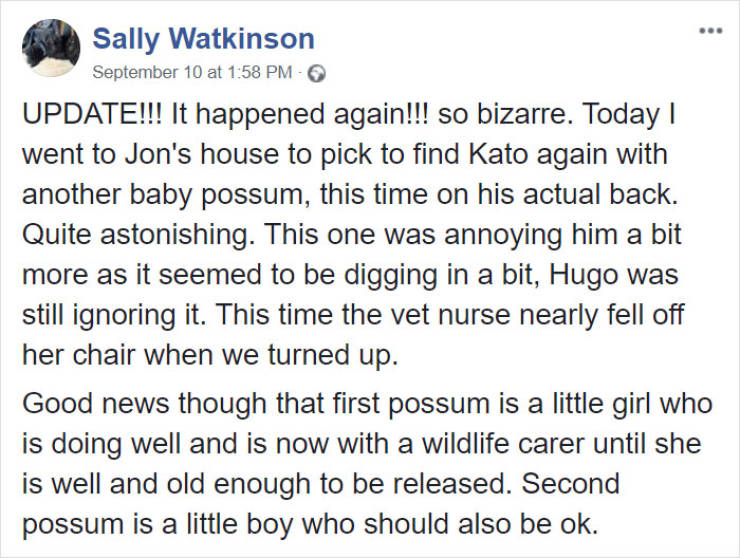 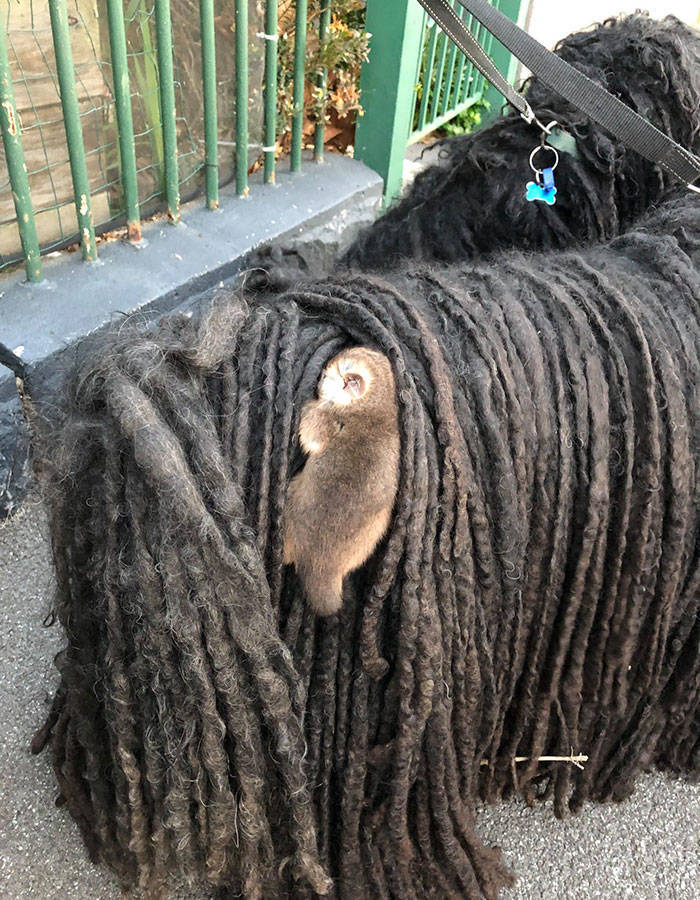 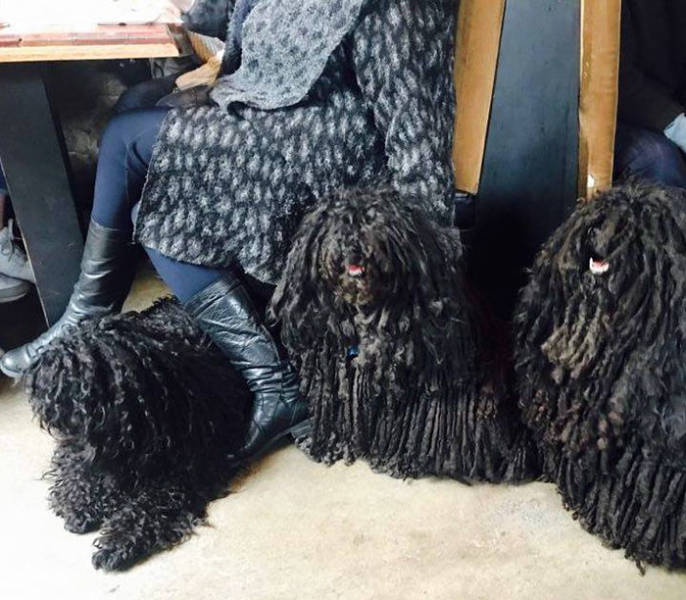