When Movie Directors Miss Something (17 pics) 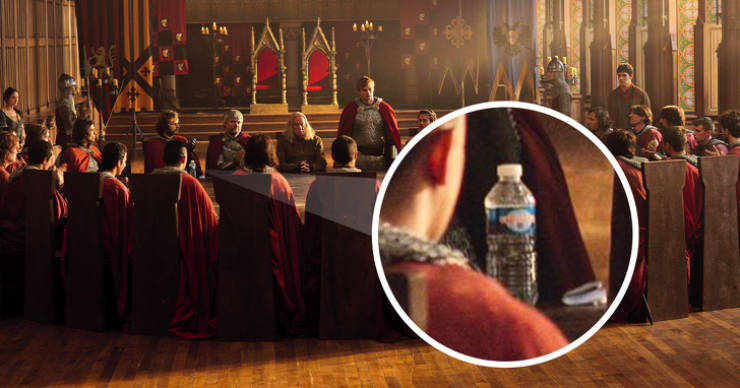 If you look closely at a scene of BBC One’s Merlin series you can see a plastic water bottle by Sir Leon on the table. That’s a top secret of the era. 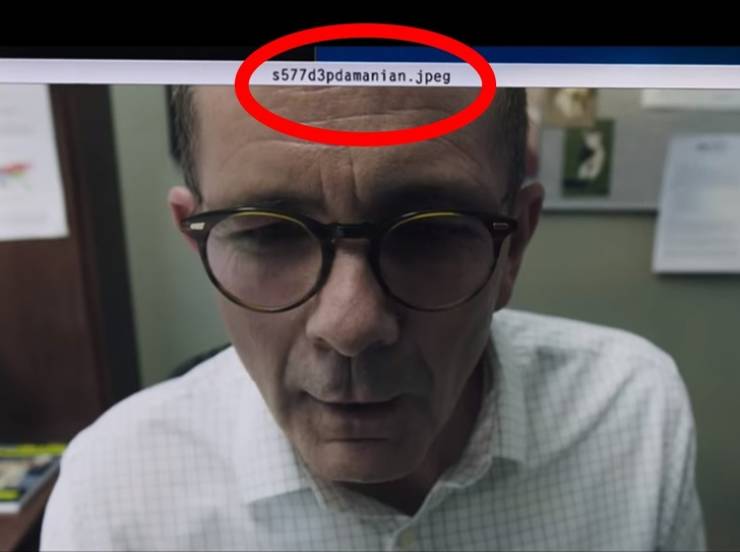 In the movie Ocean’s 8 there is a scene where Rhianna’s watching live streaming from a man’s office through his webcam. However, if you notice the file name that is shown in the scene it’s a .jpeg. Jpeg files are image files and not movies or live streams.

Harry Potter and the Chamber of Secrets 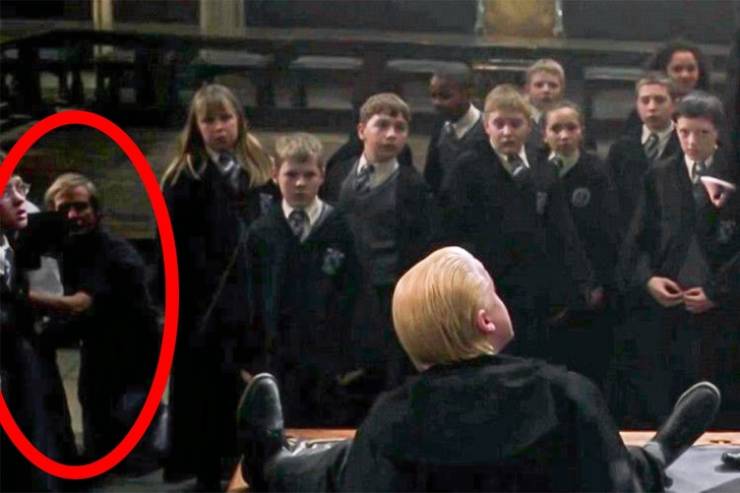 In Harry Potter and the Chamber of Secrets, there is a scene where Professor Snape pulls Malfoy back on his feet a cameraman can be seen in the background on the left. Well, he is for sure not a student of Hogwarts. We are sure that in Ancient Rome there weren’t any gas canisters. However, the Gladiator team seemed to miss that fact and the back of the chariot looks like it came straight from the future. 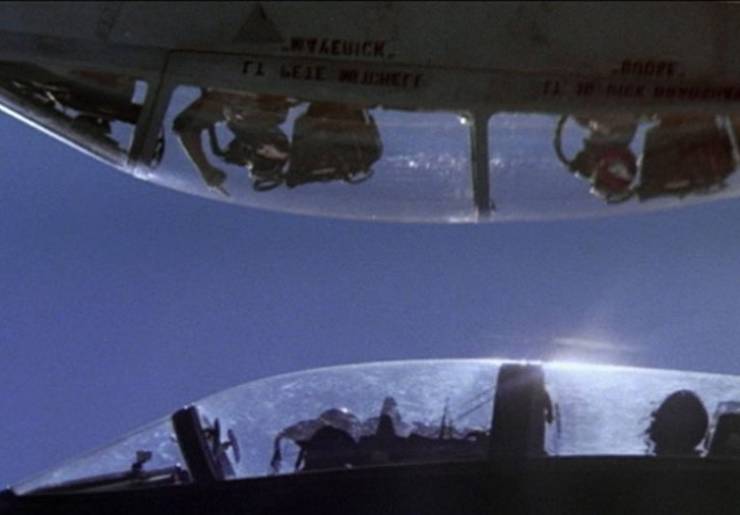 Top Gun is one of the most famous 90s movies and this scene with the 2 jets almost touching one another is probably the most popular scene of the movies. Even though the flipping of the plane is possible, the distance between them is pure fantasy since the tails of the fighters jets should have collided and that would’ve been the end of it. 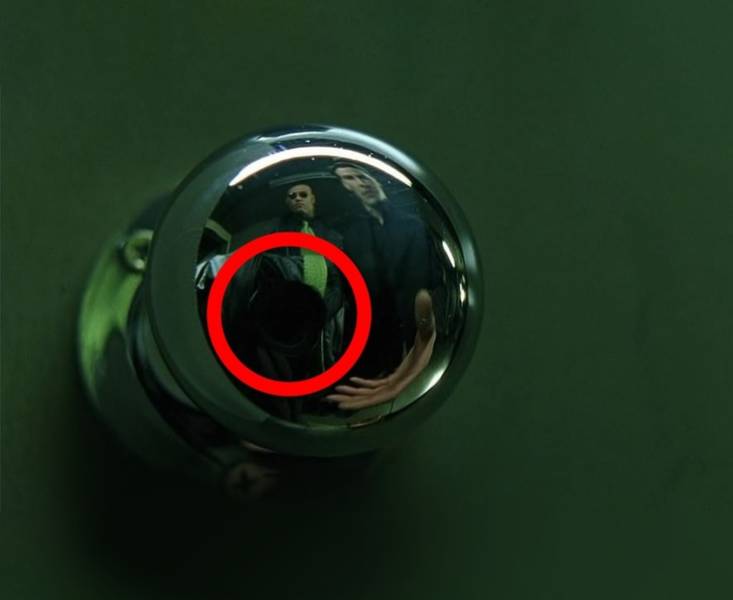 In The Matrix, when Neo is ready to go into the Oracle’s house with Morpheus, the scene shows the doorknob mirroring the 2 men. The thing is that the camera lens with a sheet on top is also visible. 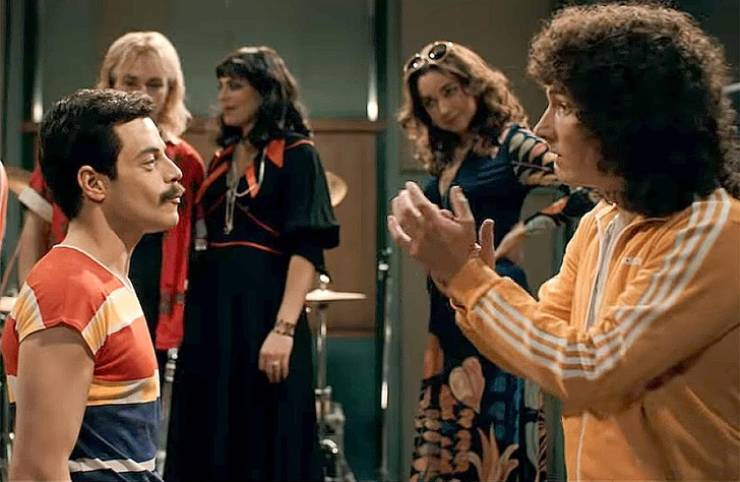 In the film Bohemian Rhapsody, there is a scene where Brian May is teaching the beat of his new song that’s called “We Will Rock You” to a group. The thing is that the year featured is 1980 when this specific song was released in 1977. 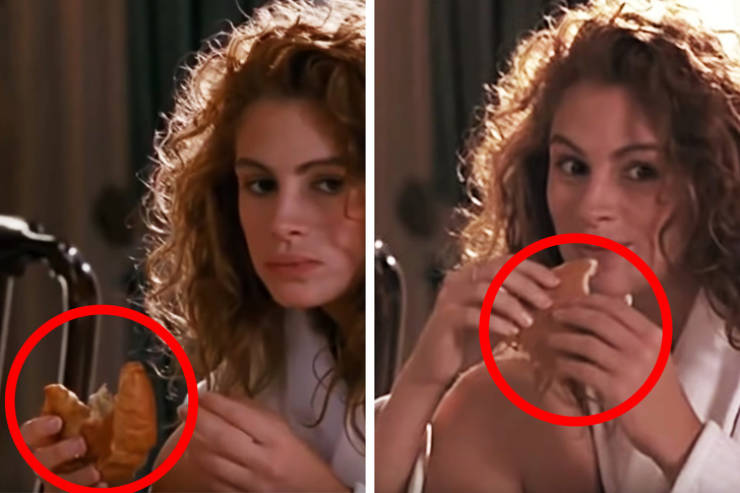 Julia Roberts really confused us with what she was eating in Pretty Woman. Was it croissant for breakfast or a pancake? Either she ate the croissant in just one cut and went straight to pancakes or the crew never noticed the difference. 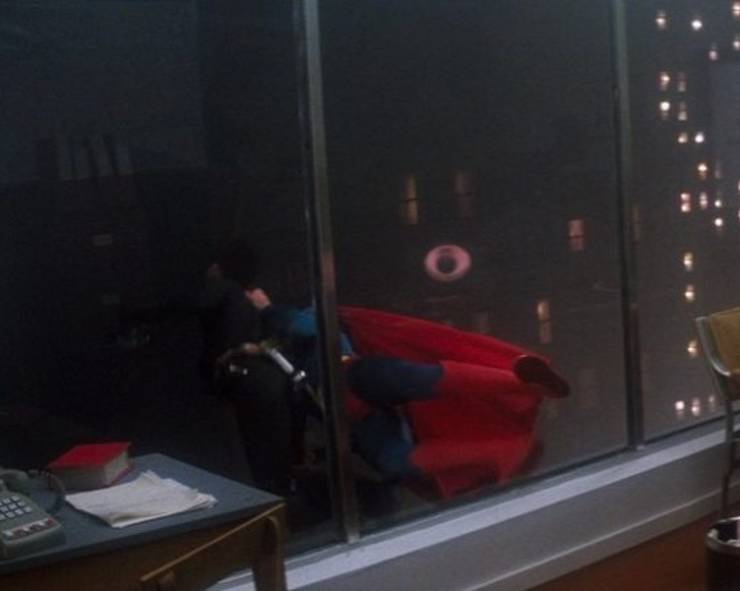 We all know very well that the Man of Steel, aka Superman, has superpowers and can fly. But it seems like his cape also ignores the laws of gravity. During the scene where the hero stands horizontally outside a glass window, we see his cape pointing in the same direction even though gravity should have pulled it downward. 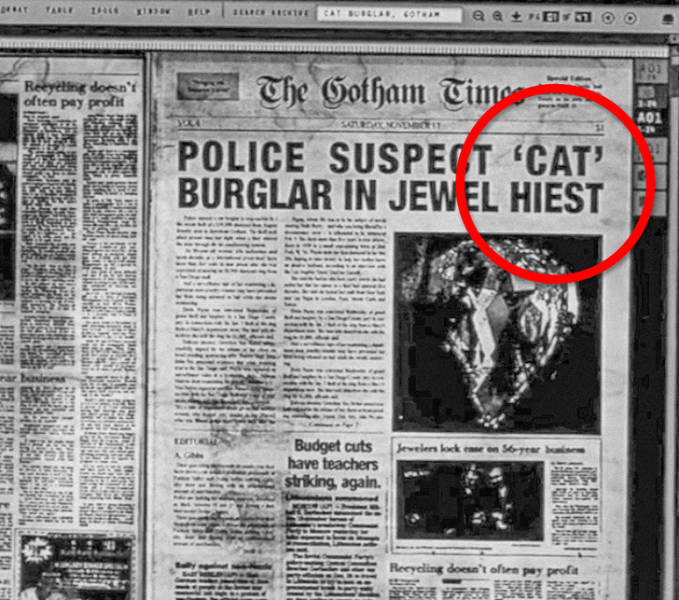 The Gotham Times really needs to change their proofreader. The newspaper featured in The Dark Knight Rises movie misspelled the word heist, but nobody from the film crew seemed to notice it. However, fans did. 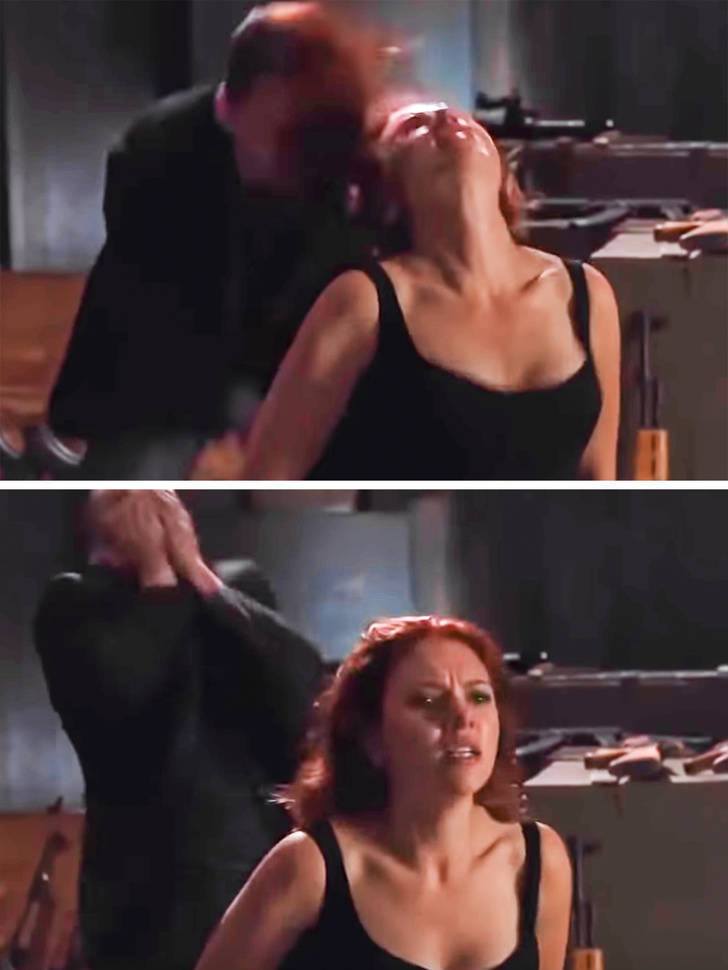 The Black Widow, portrayed by Scarlet Johansson, is a real fighter in The Avengers movie. It is never mentioned though that her hair is a killing weapon too. In a scene where she appears fighting while tied to a chair, she tries to hit one of the men by whipping her head back. With only her hair touching his face, the man falls down and gets knocked out. 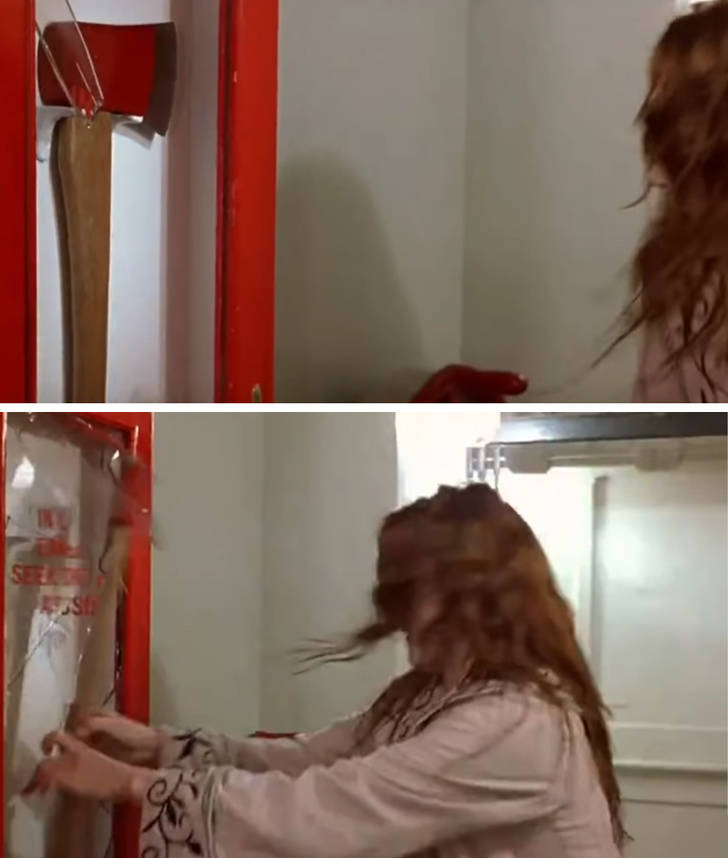 When Rose goes back down in the sinking Titanic to free and save her beloved Jack, she appears to break the emergency glass to take out an axe. At first, the broken glass is gone, but in the scene right after where Rose is getting the axe out the glass is back in place.

Terminator 3: Rise of the Machines 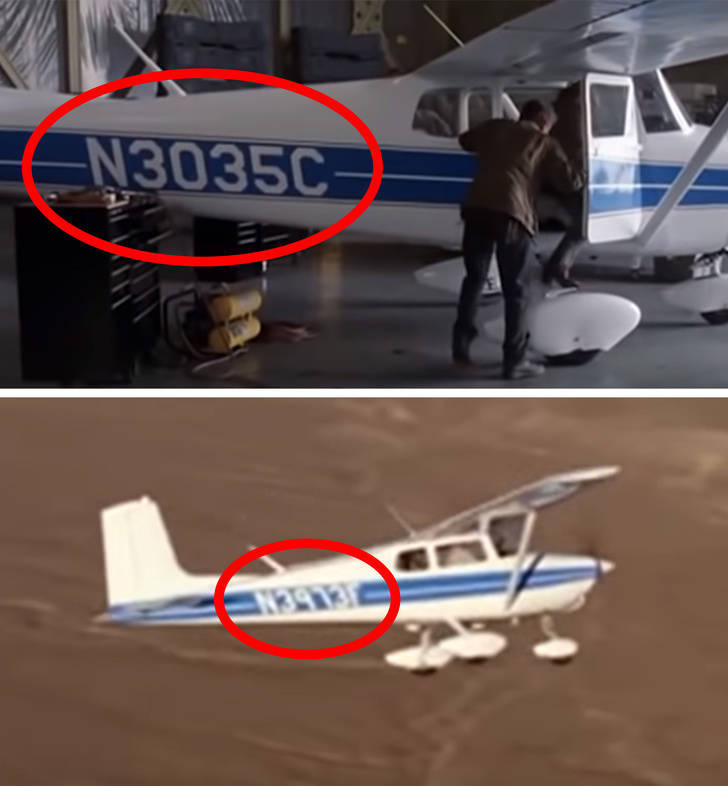 This one is really hard to spot. In Terminator 3: Rise of the Machines we see John and Catherine getting on a plane named N3035C, but when the plane is in the air the name magically changes to N3973F. 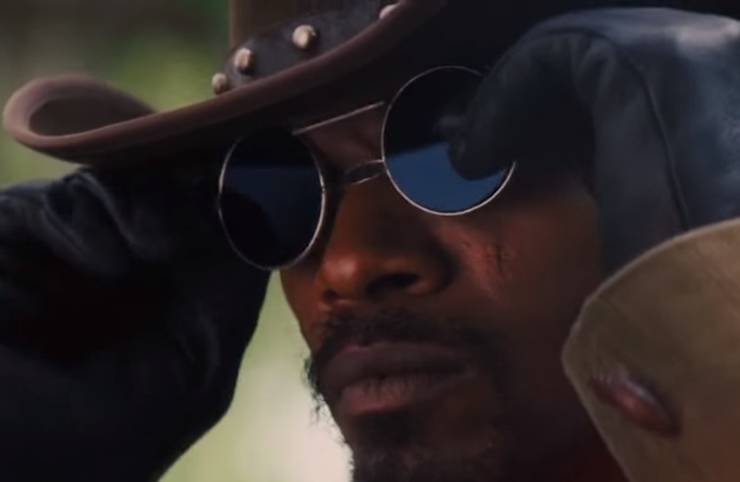 Quentin Tarantino’s Django Unchained takes place before the Civil War. The protagonist appears to wears sunglasses in several scenes, however sunglasses weren’t available in the USA until many decades later. 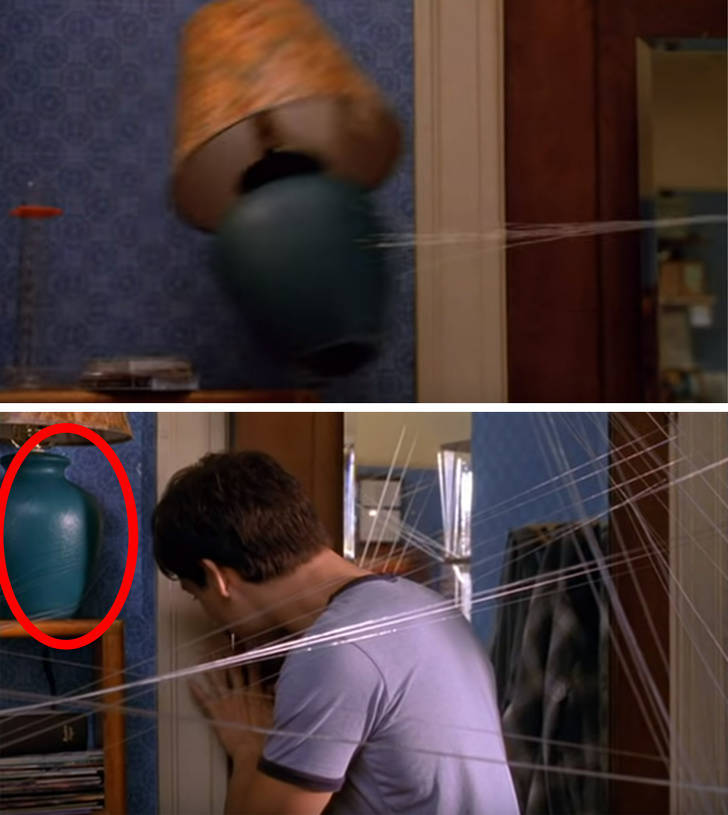 Looks like Spiderman cannot really decide what to do with this lamp. When Peter Parker first realizes his ability to sling webs he breaks a lamp. However, in the next scene, the lamp magically reappears as good as new in the same spot.

Harry Potter and the Prisoner of Azkaban 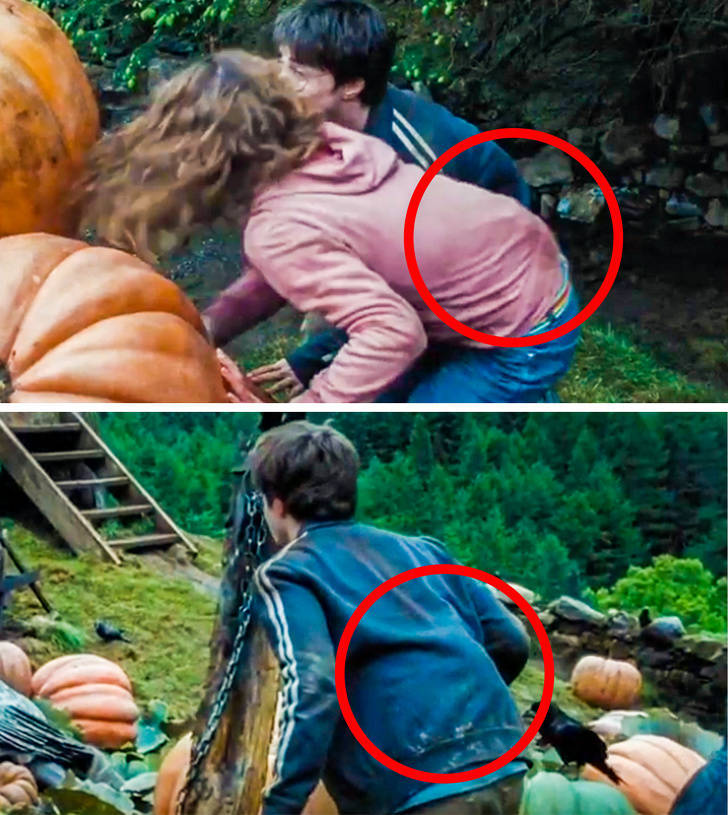 In Harry Potter and the Prisoner of Azkaban, there is a scene where Harry and Hermione travel in time and squat behind Hagrid’s pumpkins to hide from Malfoy. Unfortunately, the actors’ portable mics under their sweaters are visible. 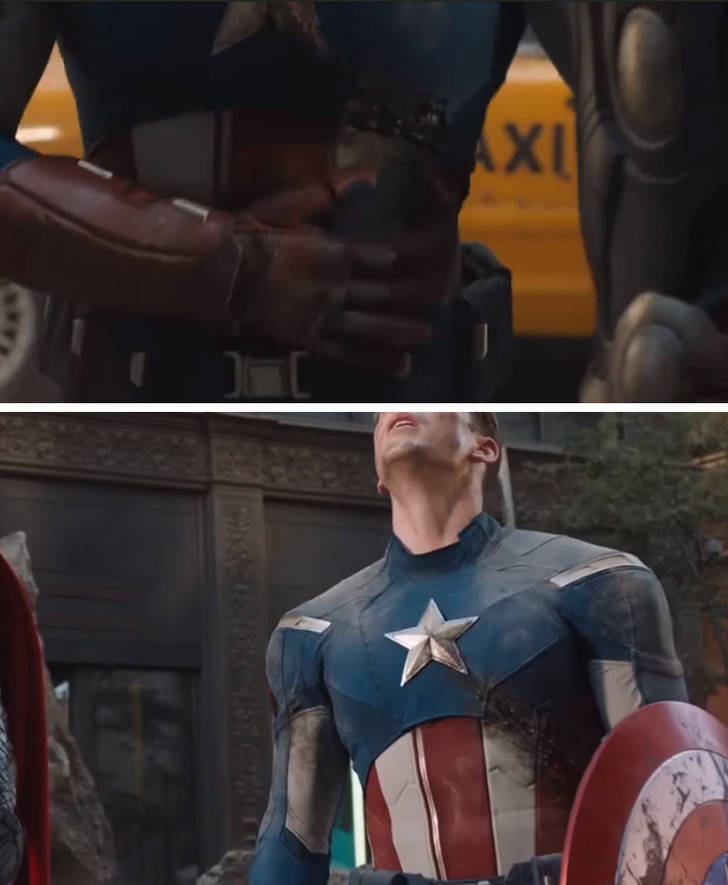 During a massive battle in The Avengers, Captain America is seen getting shot in the stomach by a laser weapon and his costume gets all burned up in the torso area. However, in the next scene, his suit looks clean and tidy, with just a scar on the sides.

Offer 8 month s ago
Also did you know you posted a variation of this post like 3 times already....
I think izismile has finally starting to reach the end of the internet.
Reply
2

ChrisR 8 month s ago
#11 The man was obviously a professional Champion League soccer player. Those guys are about as tough as a soap bubble.
Reply