You Don’t Know Them, But You Have Heard Them (16 pics)

Edwards recorded the now famous lines for AOL on a cassette deck in his living room.

After 10 years of providing the voice of the gecko, Jake Wood was apparently let go from the job because he refused a pay cut, according to a now-deleted tweet. You can still catch him on Eastenders, though.

Cerny voiced the Pillsbury Doughboy since 1987. Want a super fun random fact? He's neighbors with David Rudman, the voice of Cookie Monster. What a fun neighborhood that must be!

The This Is Us star voices our favorite mid-week enthusiast for Geico.

You probably recognize Chris Parnell for his time on SNL or as Dr. Spaceman from 30 Rock, but he also voices the Progressive Box!

Though not officially confirmed by Apple, Susan Bennett has done interviews and a TED talk saying she did the voice recordings for Siri all the way back in 2005 that Apple used for their famous personal assistant, which launched in 2011.

Daniel McKeague, a radio salesman in Minnesota, beat out over 12,000 applicants to replace Gilbert Gottfried as the Aflac duck in 2011.

Fifty million people heard her voice each day as it was used by 1,000 telephone companies. You've probably heard her too, saying, "If you'd like to make a call, please hang up and try it again." 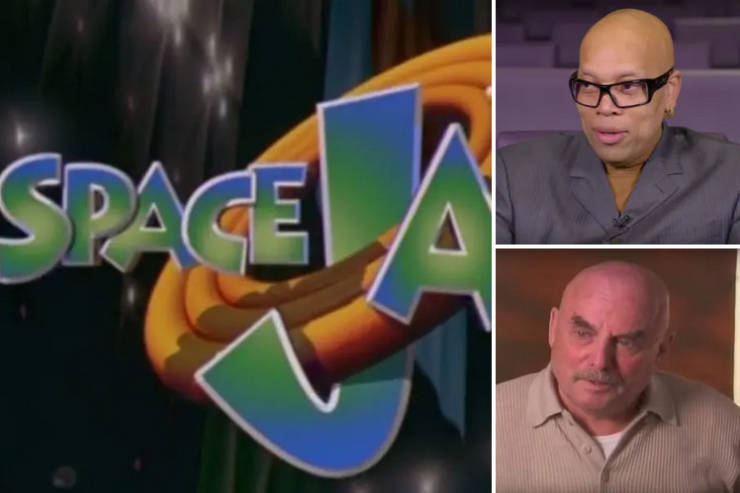 LaFontaine has voiced over 750,000 TV spots and over 5,000 movie trailers like Die Hard, Speed, and The Terminator. Pepper has also voiced countless trailers for movies such as Independence Day, Armageddon, and Space Jam.

He also does the voice of Luigi and Wario. He even spent some time providing the voice for Donkey Kong!

The Ghost Host from The Haunted Mansion — Paul Frees

Frees has done several voices in his career, which has spanned over 40 years. Of course you can hear him every time you ride the Haunted Mansion, but you might also recognize his voice as the voice of Donald Duck's greedy uncle, Ludwig Von Drake.

That smooth voice giving you the false confidence that you can fix up your home yourself is none other than Josh Lucas, who you've also probably seen in Sweet Home Alabama and The Mysteries of Laura.

Baker also voices several creatures, animals, and monsters in Hollywood movies and TV shows. He was Olmec in Nickelodeon's Legends of the Hidden Temple, and he's also Squilliam Fancyson in SpongeBob SquarePants.

Coffin, a director on all Despicable Me movies and the Minions movie, is also the voice actor for the little yellow henchmen. Multilingual himself, he pulled words from many different languages to form the dialect "Minionese."

In addition to voicing Tony the Tiger, Ravenscroft is another Haunted Mansion alum. You can see him as one of the singing busts on the attraction (the one detached and falling over). You've probably also heard him over Christmas because he's the original singer of "You're a Mean One, Mr. Grinch."

Female 1 year ago
#2 I read somewhere that the gecko was originally voiced by Kelsey Grammer, but just for a short while.
Reply