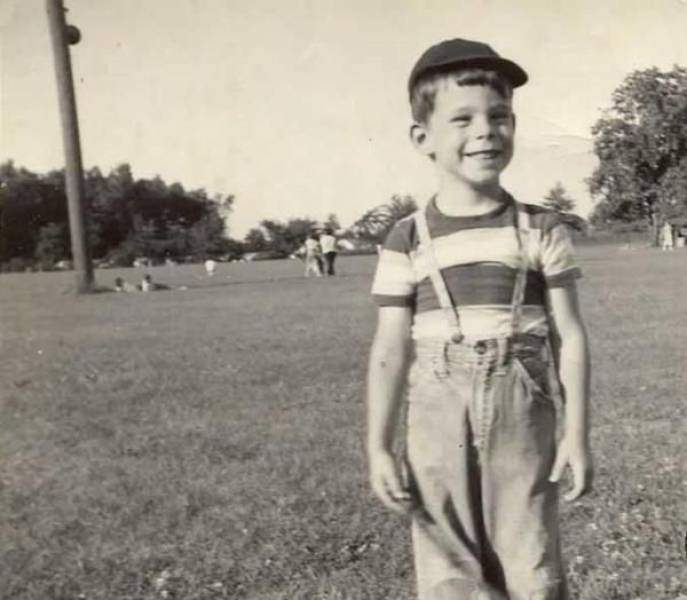 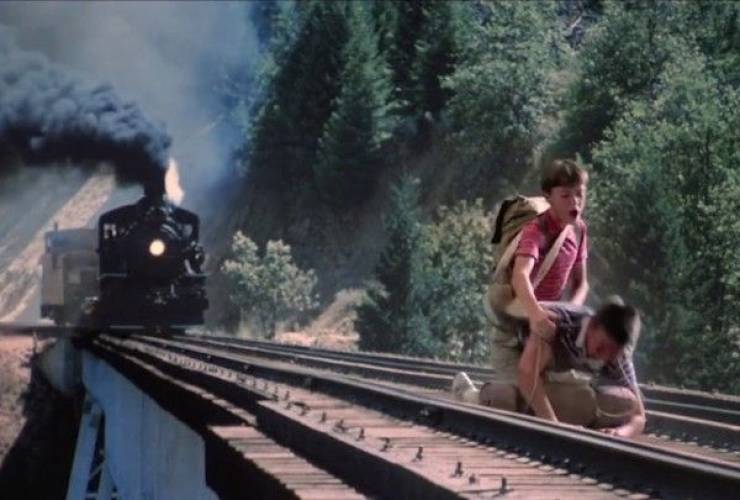 When he was 4, King was playing with a friend near a railroad. According to his biography, he came home later, white as a sheet and wouldn’t speak. His mom tried to find out why he hadn’t called for a ride home, or asked his friend’s mom to walk him. But again, it was 1952, so kids wandering around wasn’t so odd.

Only later did he find out that the friend was hit by a train while crossing the tracks and was killed, and no one learned about it until later. King himself, couldn’t recall if he’d seen it or even been nearby when it happened. He was only told about it, years after the fact.

At the time, King and his brother David, were living in Portland, ME in a small place. Then, without warning, his father just deserted them in 1949. This put the family into a dire financial situation.

For the next decade, they moved constantly through small apartments, dingy basements and family homes between Wisconsin and Connecticut; living a barter existence to survive. When he was 11, they finally found a place to settle down back in Maine.

Despite not having enough money, King admits that his mom did her best and he never felt anything less than loved. 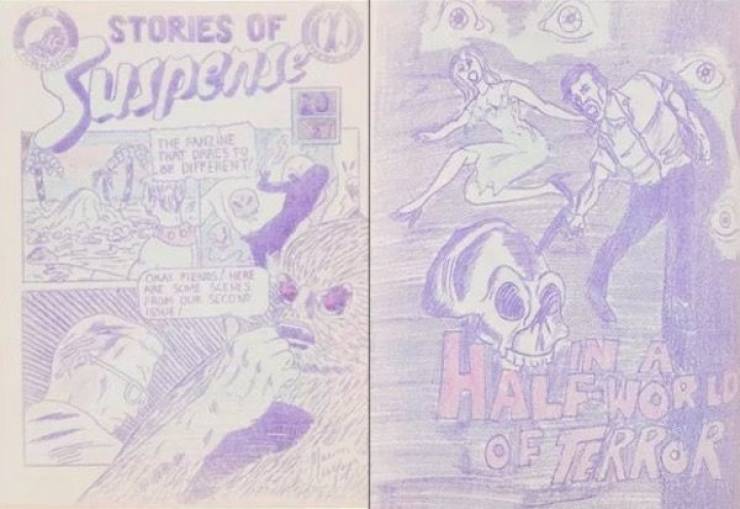 Given how many books/screenplays/short stories he’s got under his belt, it’s no surprise he started early. Back then, he was copy panels out of comic books, and making up his own stories to go with them. Anytime he was home from school, he was writing stories to pass the time.

He also loved movies, and remembered going to Radio City Music hall to see Bambi and the visual imagery and tragedy of the tale, shaped his flair for writing visually.

According to his memoir, his first official published story was called “In a Half-World of Terror.”

He once had a terrifying babysitter 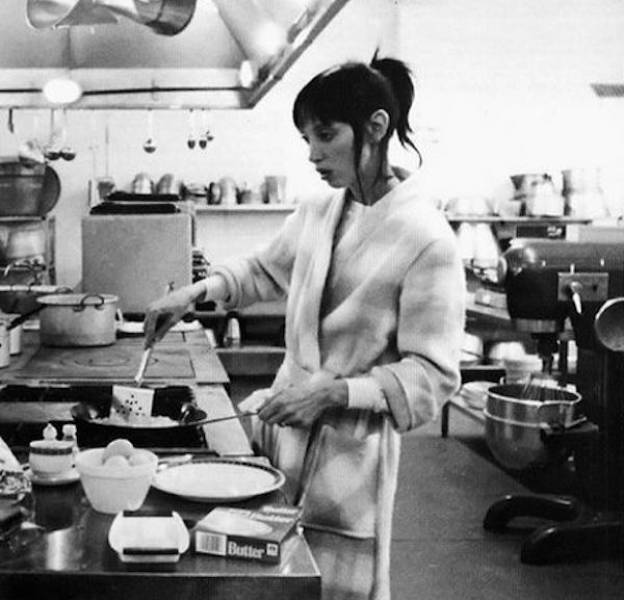 When he was living in Wisconsin, he had a babysitter named Eula or Beulah (he can’t really remember.) She’d tickle a 4-year-old King with her bare feet, hug him until he was breathless, then hit him on the head to knock him down, then start tickling him again. She thought it was fun. Then, one day, he asked for eggs and everything changed.

He ended up vomiting, and instead of taking care of him, Beulah/Eulah got aggressive and locked him in a closet. Later, when his mother came home, she found the babysitter asleep on the couch and King locked in a closet, covered in vomit. 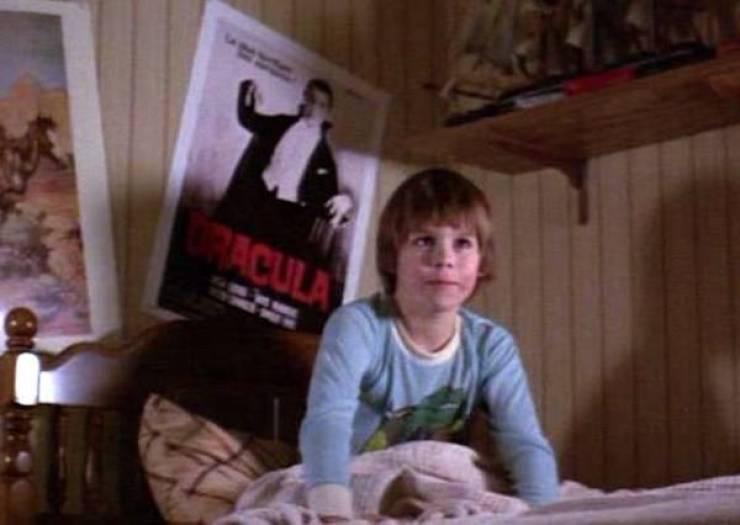 When they couldn’t afford a babysitter, King’s mom had Stephen and his brother read aloud to each other. When she came back, she asked them questions to confirm that they had read those books.

Usually, she picked the books, but sometimes, King found his own scary books or comics to read to his brother secretly.

His first memory is one of pain 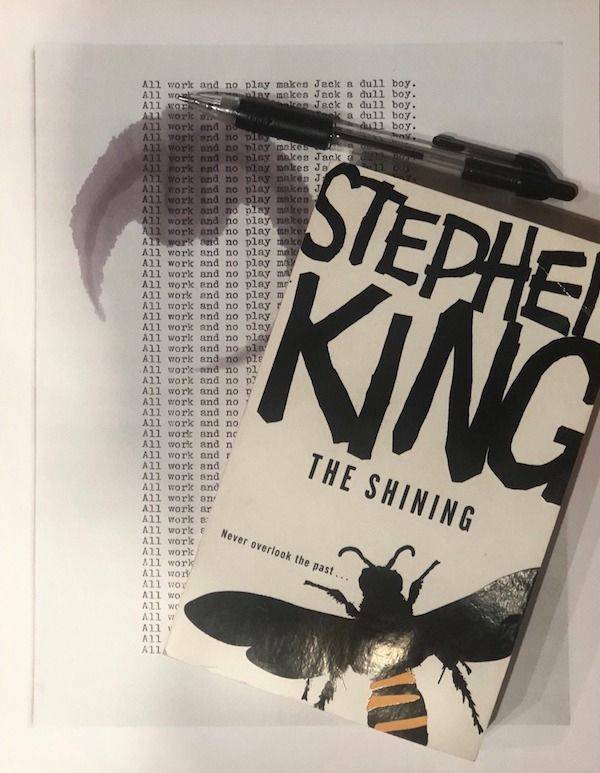 When he was two, he was pretending to be a circus strongman, while playing outside. So he lifted up a cinderblock. Unbeknownst to him, wasps had constructed a small nest inside and a few came out and stung him on the ear.

The pain was so intense, he says it was the worst thing he’d ever felt in his young life, except for the pain that followed.

He ended up dropping that cinderblock on his bare foot, mashing his toes. 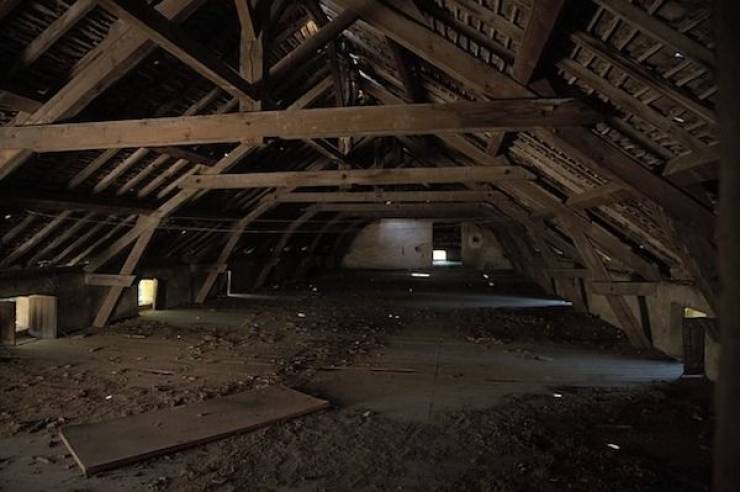 Even though King’s father ran out on them, his belongings kept on moving from place to place with them. Nearly a decade after he disappeared, King was looking through his aunt and uncle’s attic, when he found a box with his dad’s name.

Inside were several old Avon paperbacks including a 1947 edition of H.P. Lovecraft called The Lurking Fear and Other Stories. He started reading them and his love of eldritch horror began. 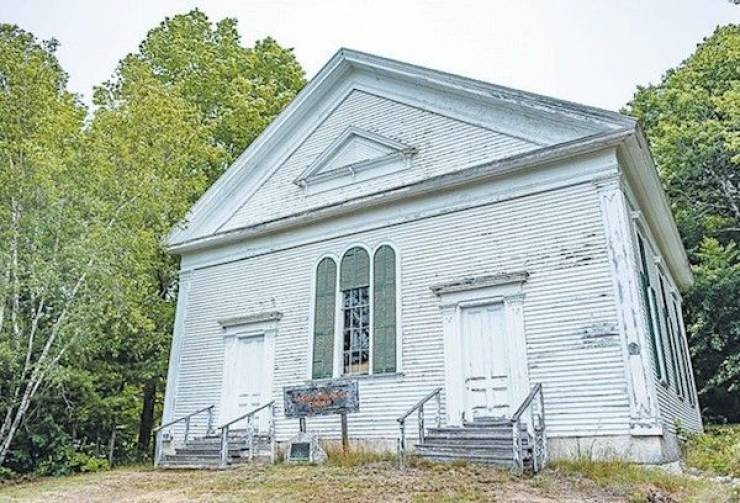 When he was 12, king started attending a one-room school in Maine, that only had 4 other students. It was these kids that gave him the idea for his short story “The Body,” which became Stand By Me.

All the grades were in one room, in a decrepit old building, with a dirty outhouse behind the school. There was no library in town, but every week a big green van came from the State, filled with books.

He’d borrow books, and avoid the building as much as he could.

He felt removed from all the kids around him 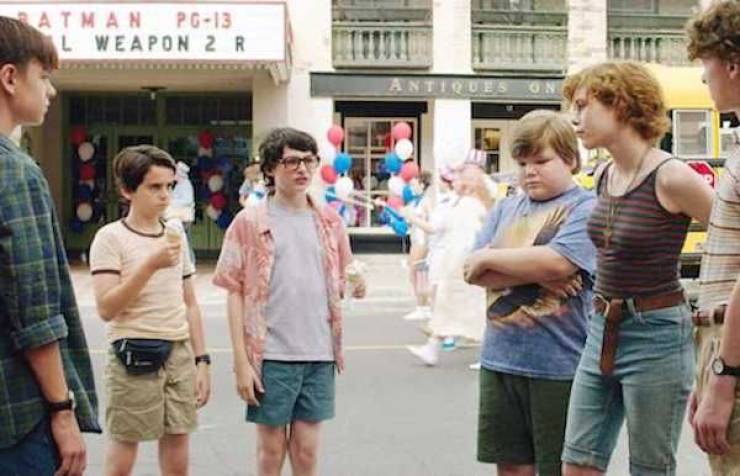 King never felt like he belonged with the kids his own age, even though he tried. He always felt unhappy and different. He was a “husky” kid, who was uncoordinated, and into books.

This probably led him into making sure that he developed strong relationships between the kids in his books. 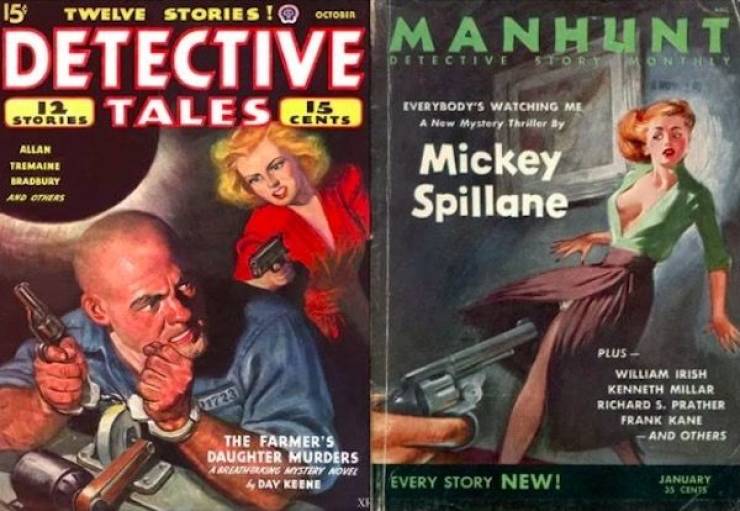 While horror and H.P. Lovecraft sparked his imagination, he also owes a debt to the detective novel. Once a week, when the bookmobile came or they’d go to the grocery store, he’d check out the latest pulp novels.

While they weren’t filled with supernatural horror, they did have some terrible things done by humans, to one another. 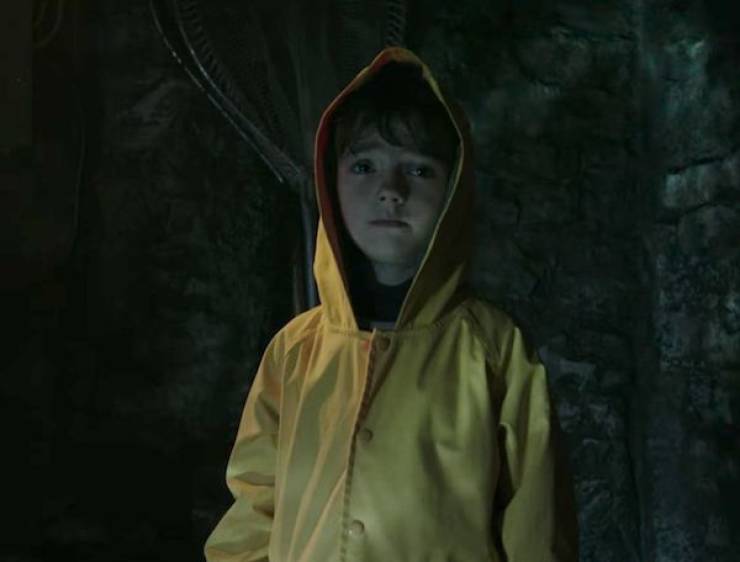 As a kid, he was so obsessed with the dark side of life and the afterlife. He figured at some point, something would jump out of the bushes on a dark and deserted street, and that’d be the end of him.

Makes sense why a lot of kids bite it, in his novels.

He loved being scared as a child

In his early days, Kind admits that he went on the hunt for things that would terrify him. Whether it was books, radio shows, or movies, he wanted to be so terrified that he’d be forced to sleep with his light on.

There was one particular radio show at the time called Dimension X that his mother would listen to, but forbade him from listening. So he’d pretend to sleep, then sneak down and secretly listen. Then go to bed scared.

On a different occasion, an acquaintance once jumped out of an old church while King was walking by as a child, and scared him senseless.

King wrote to exorcise his fears 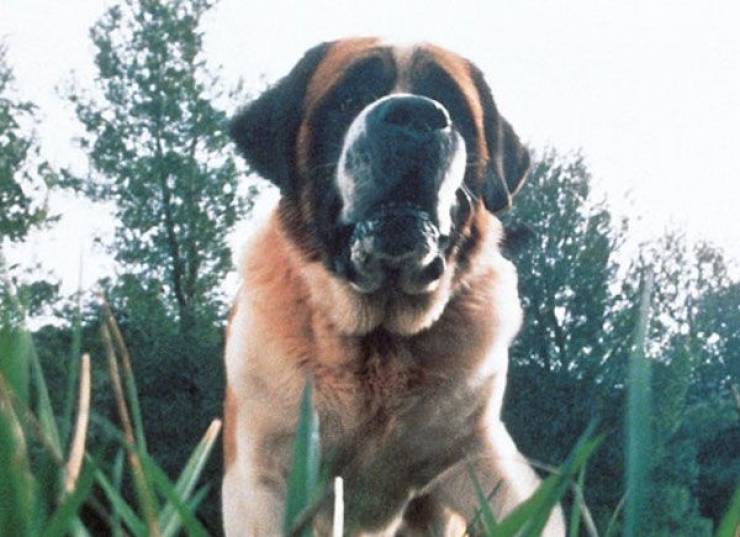 As a kid, he was pretty much scared of everything; the dark, snakes, rats, spiders, psychotherapy, deformity, closed-in spaces, chocking, flying, large animals, etc.. normal kid stuff. But for him, it was so bad that he was perpetually afraid, and loved it.

So he began to write to drown out and drain the scary thoughts in his brain, and drive those fears temporarily from his mind.

Hence, some of the creepiest and most [email protected]#ked up characters we’ve ever seen on the page.