The harpy eagle is a bird of prey that lives in the rainforest, and it is huge 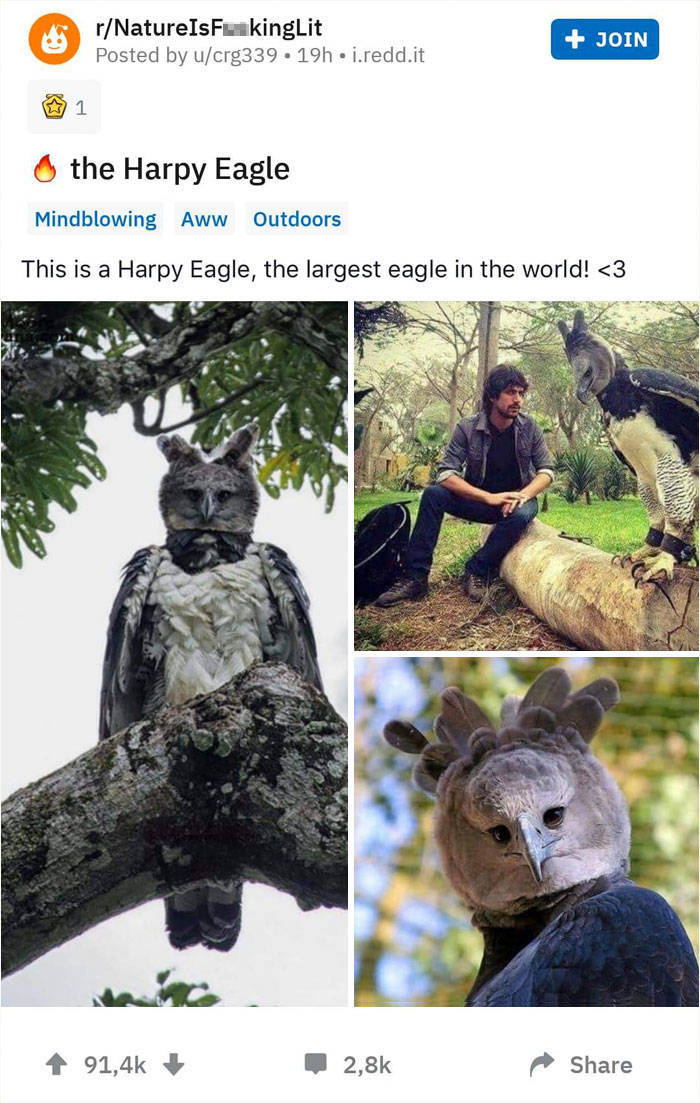 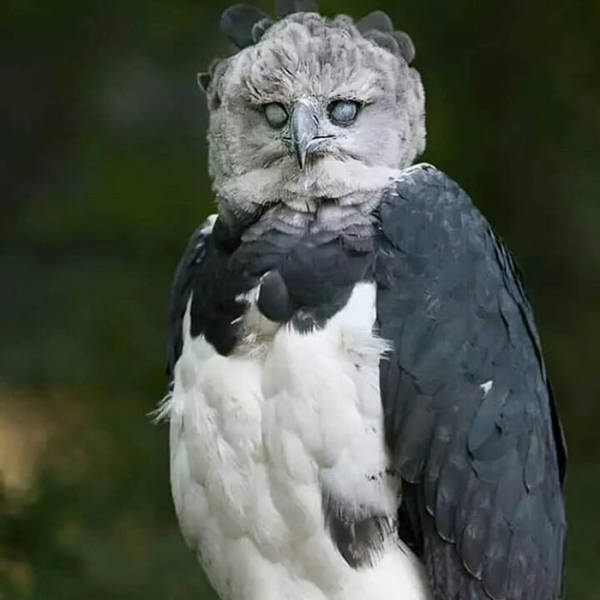 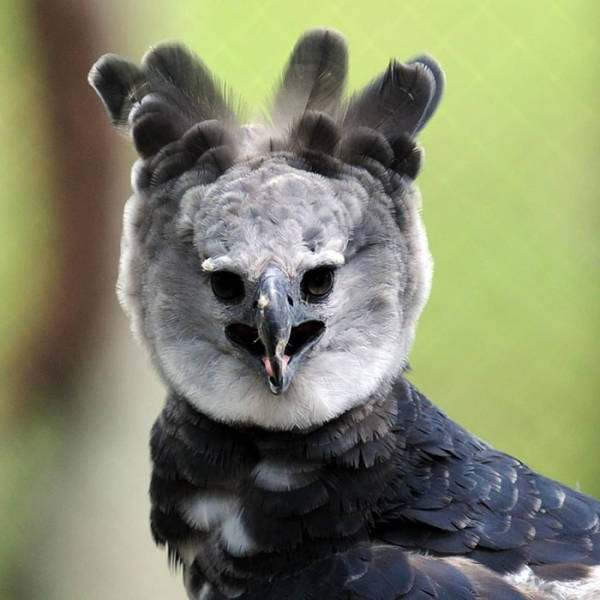 Harpy eagles are popular on the internet. For example, one compilation photo of the harpy eagle got over 91,600 upvotes in less than 20 hours on Reddit. While the same picture got more than 120,000 views on Imgur in a similar time-frame. 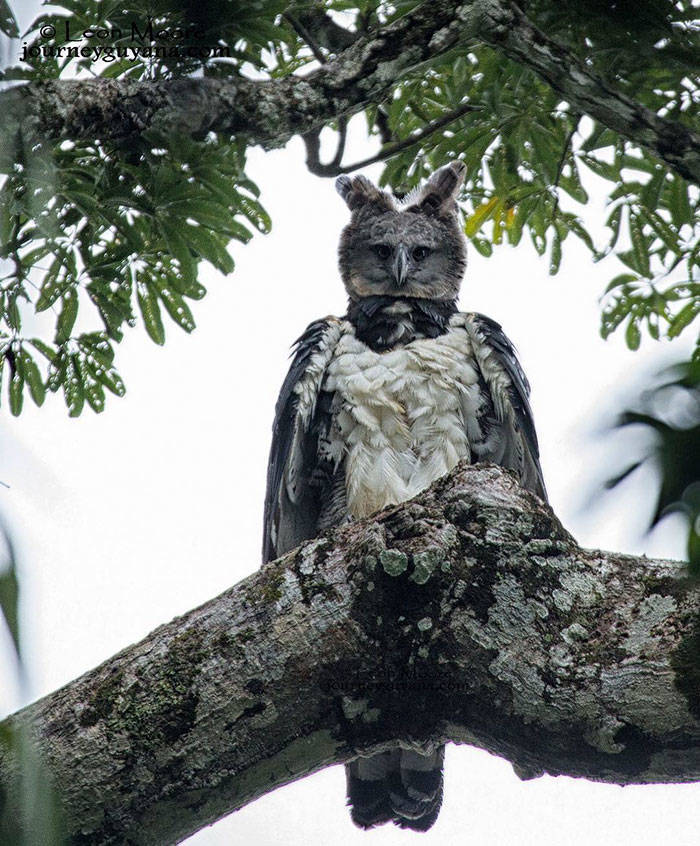 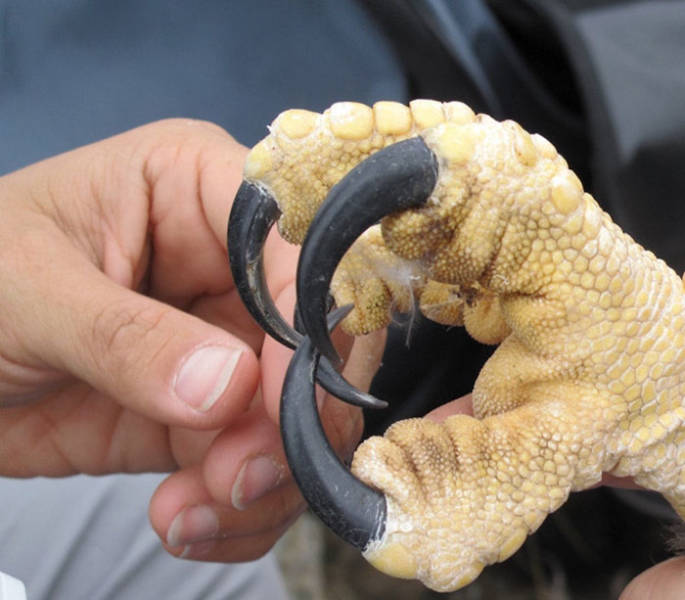 Now, harpy eagles aren’t to be taken lightly. They are, after all, birds of prey. There are two kinds of harpy eagles: the American and the Papuan types. 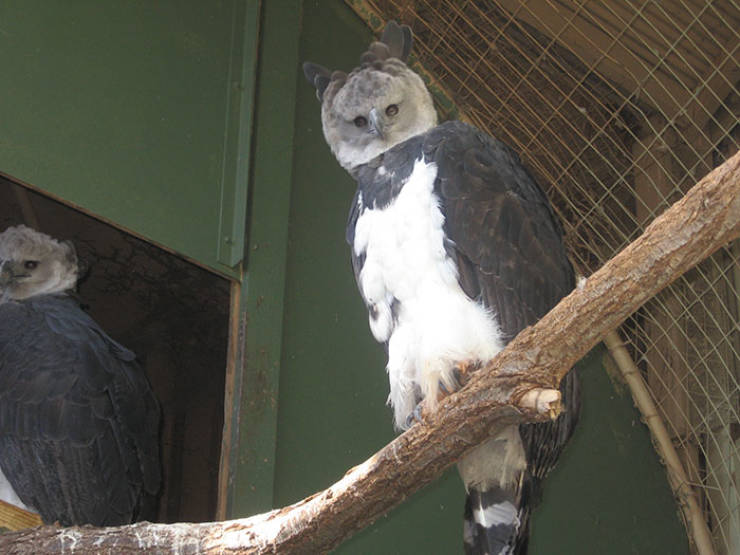 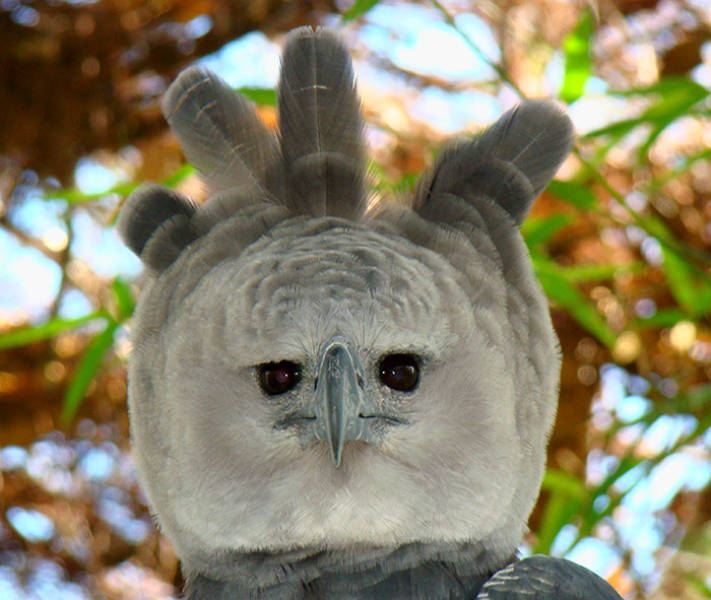 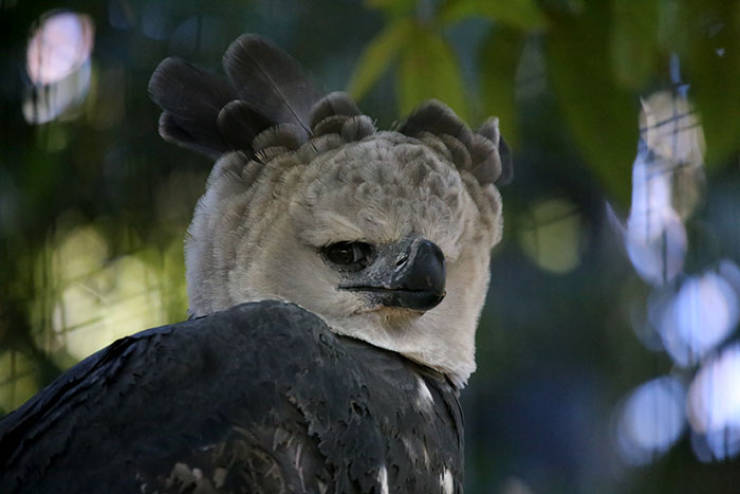 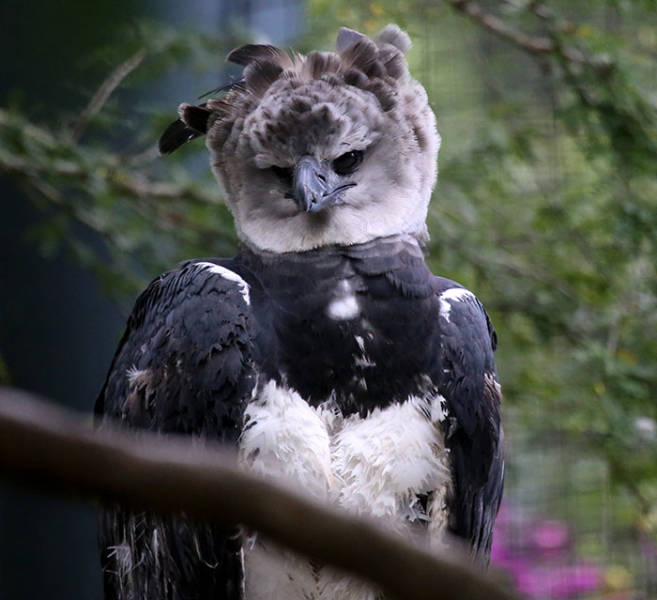 Harpy eagles are the largest, most powerful raptors to be found in rainforests around the globe. What’s more, they are among the very largest species of eagles on planet Earth. Their wingspan can reach up to 7 feet and 4 inches (224 centimeters), but they weigh only 8.5-20 pounds (3.8-9 kilograms).

The bird has a very peculiar face 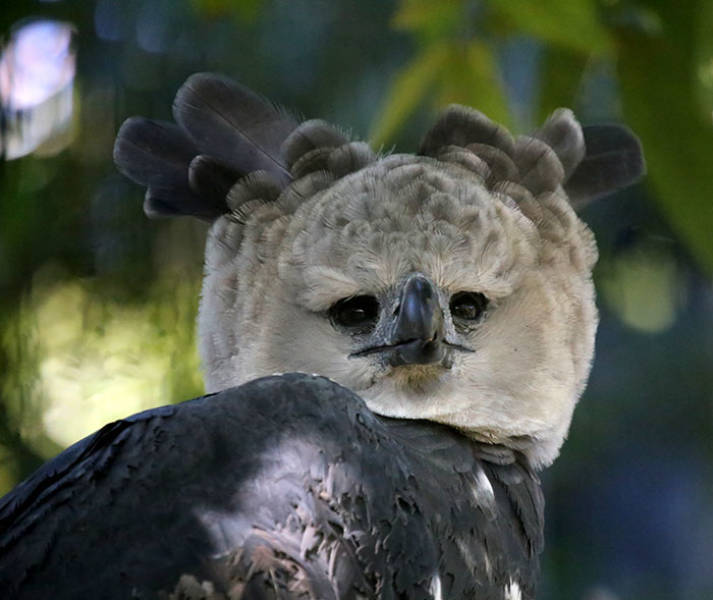 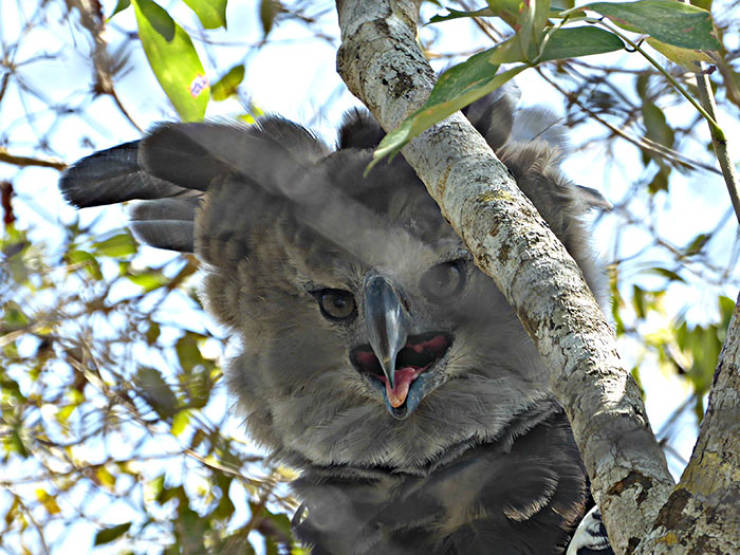 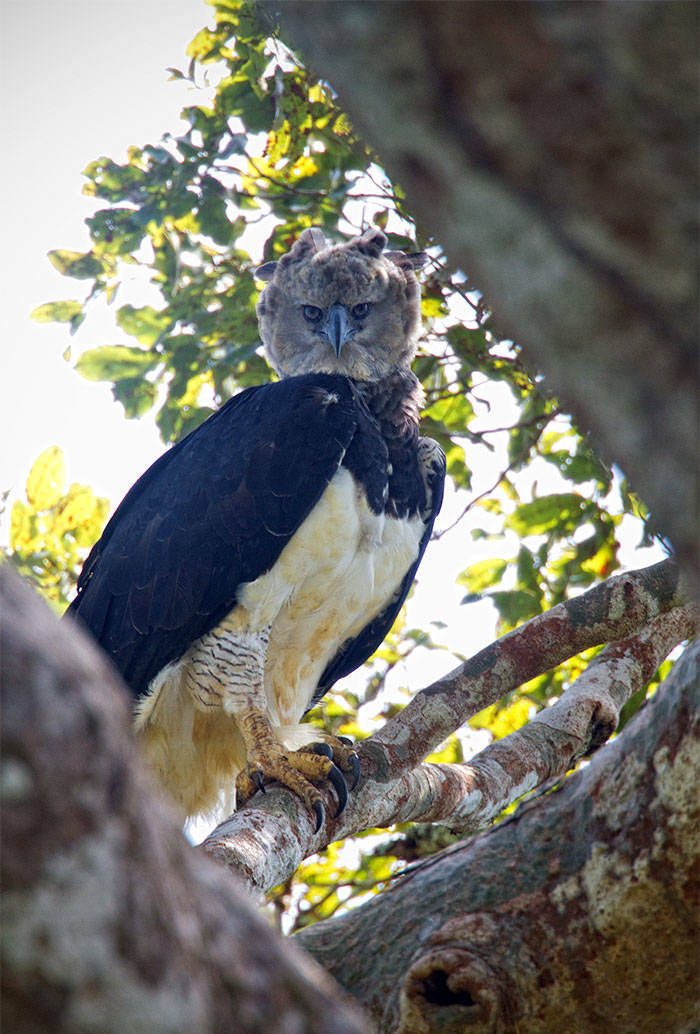 Harpy eagles usually live in the upper canopy layer of tropical lowland forests. Unfortunately, due to the destruction of its habitat, it’s nearly eradicated in Central America. There are fewer than 50,000 of them left worldwide. In Brazil, the harpy eagle is also known by another name (which might be even cooler): the royal-hawk.

The eagle’s talons are nothing to laugh at 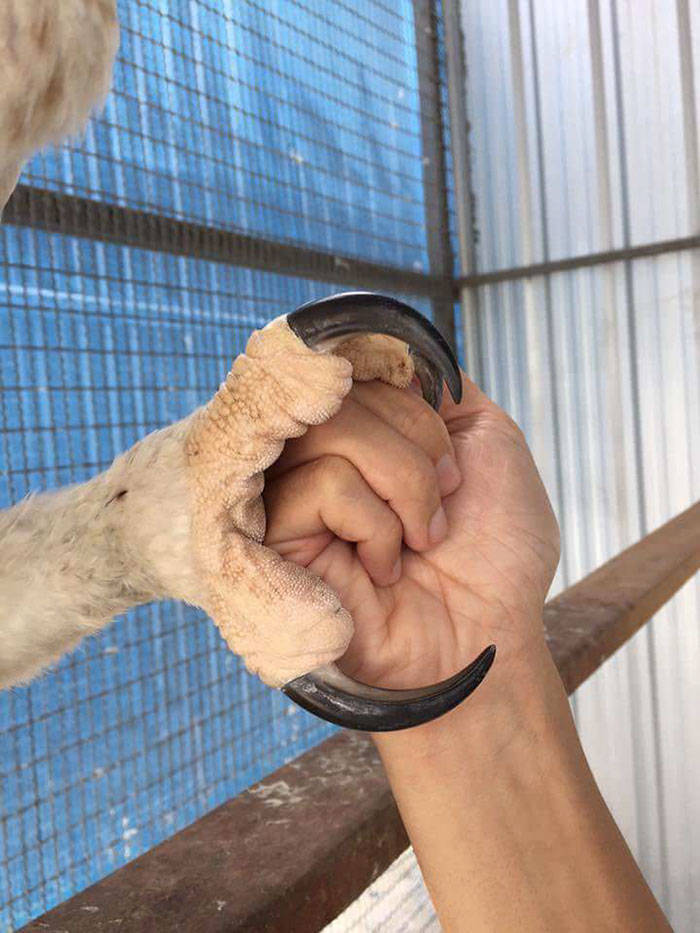 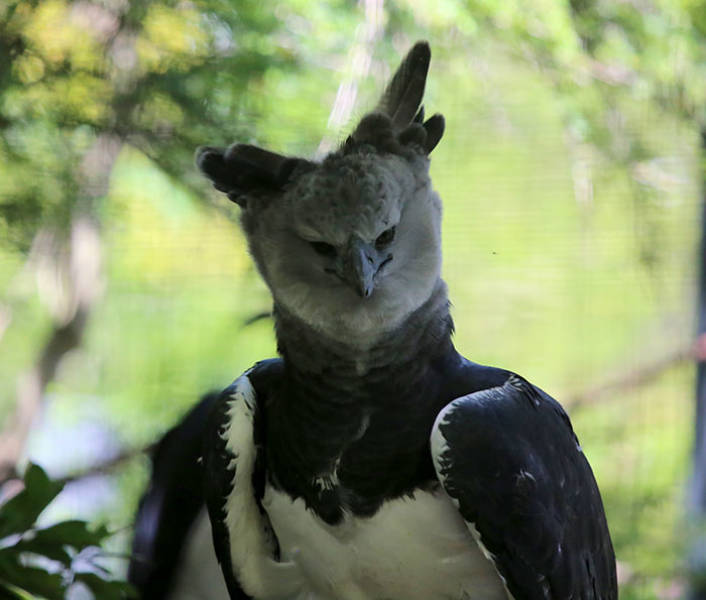