Riley Rankin came up with a beautiful gift for his girlfriend, Denisha Bracey, for their 2-year anniversary 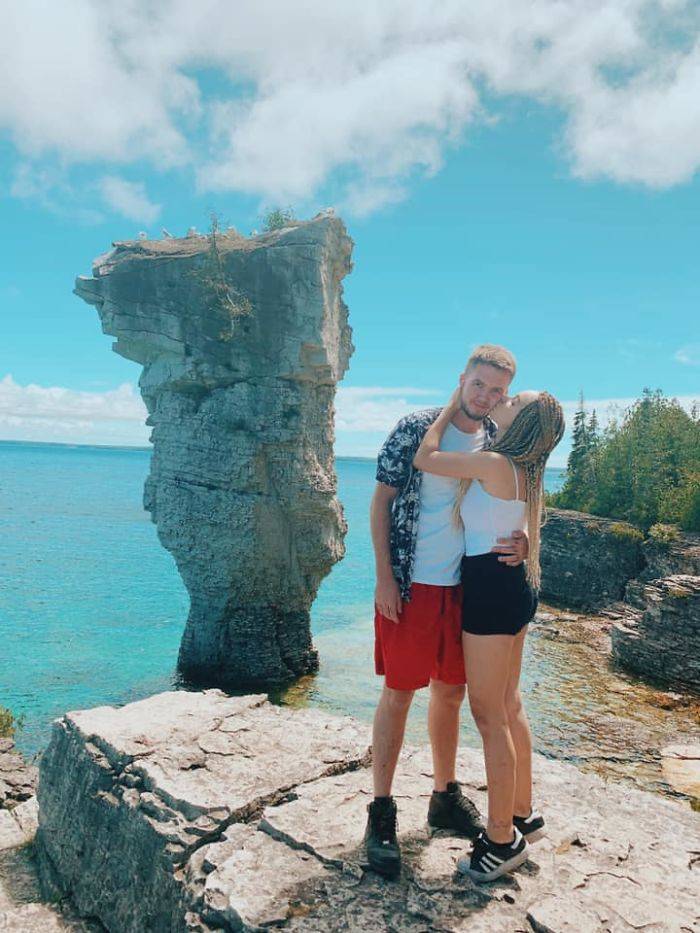 Denisha and Riley have been together for 2 years. And the last couple of weeks before their anniversary on July 24, Denisha had been really struggling with her anxiety and panic attacks. So Riley came up with a beautiful and thoughtful gift for their 2-year anniversary and called it “love pills”. He ordered empty gelatin capsules from a Walmart pharmacy and filled each of them with little notes that say something loving or sweet, something that will make his girlfriend happy, or a good quality about her. It took him about 2 hours to write the notes. There’s a total of 60 of them. Riley says it sometimes feels that Denisha does more for him than he does for her, so it was nice to do something to give back.

Knowing she had a couple of bad weeks struggling with anxiety and panic attacks, he figured love would be the best medicine 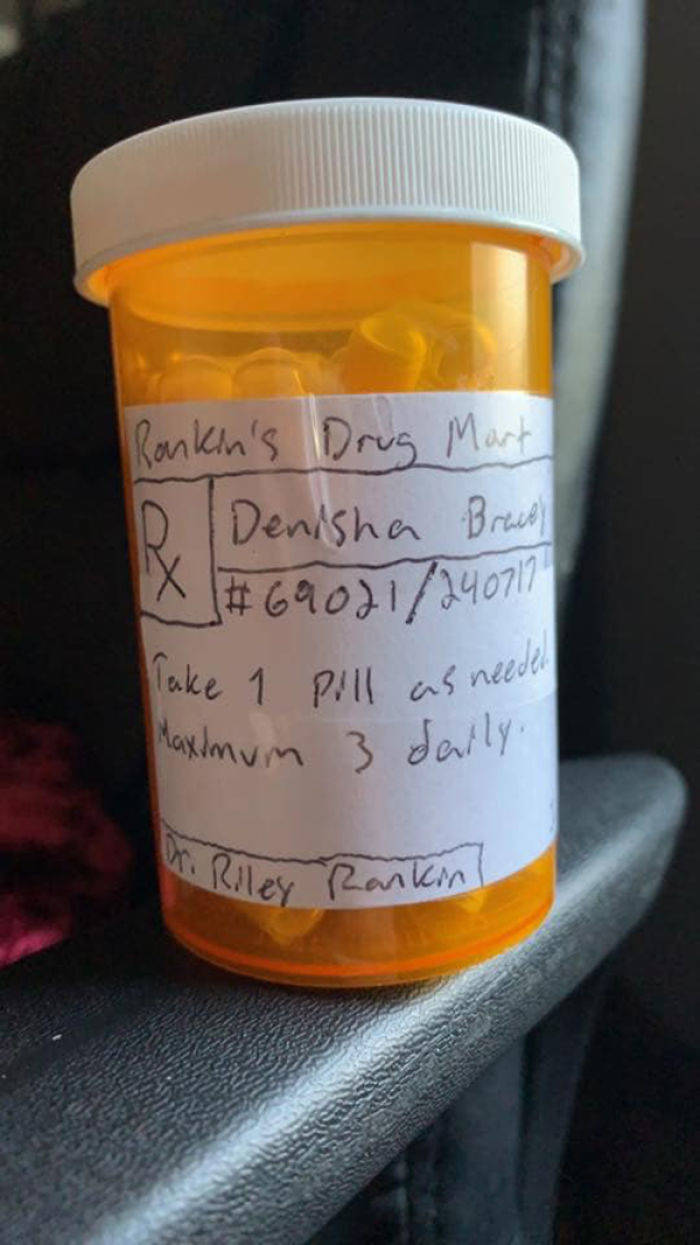 Riley came up with the idea after he got back to Canada after spending a year together in Germany. He realized that it’s hard on Denisha to be away from her family and since she hasn’t had a good experience with therapy and doesn’t like to take pills, he thought he would make a twist on them. “I said to her that when she goes through them all, she can come back for a refill”. 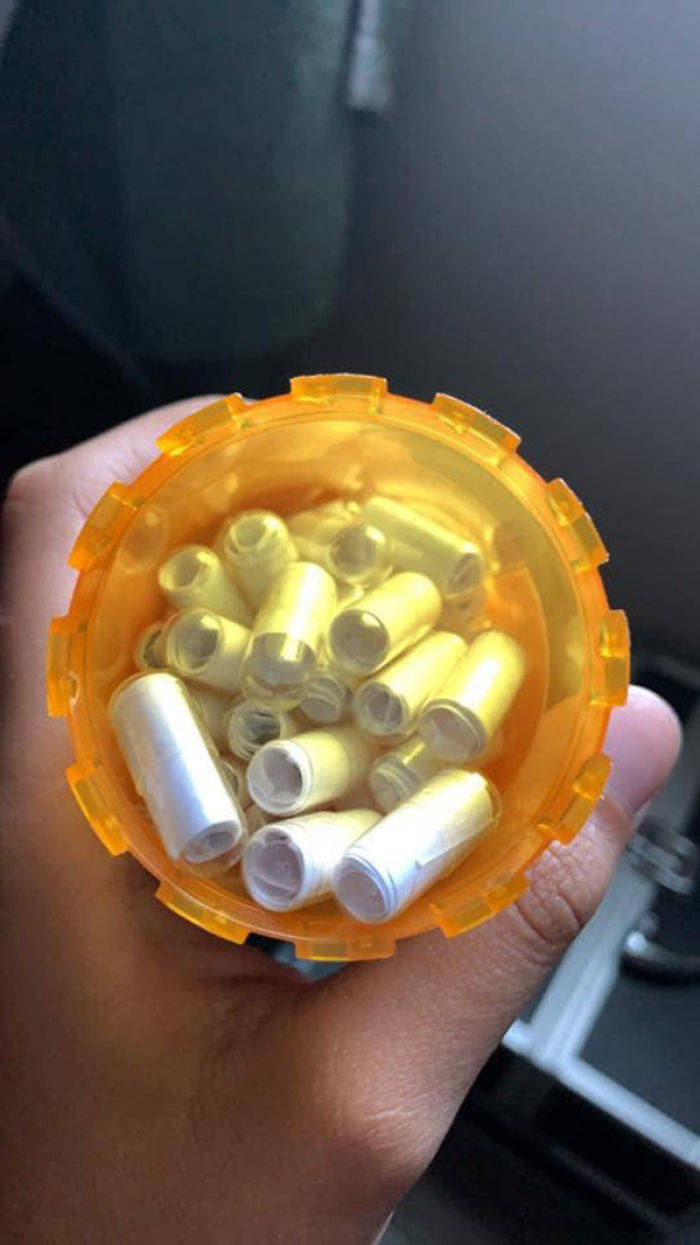 Denisha first started having anxiety at 14-15 years old. She always had been quite nervous in certain situations but it got a lot worse during puberty. The panic attacks came a lot later though. She says “that was when I was around 17, so it kinda developed over time”. 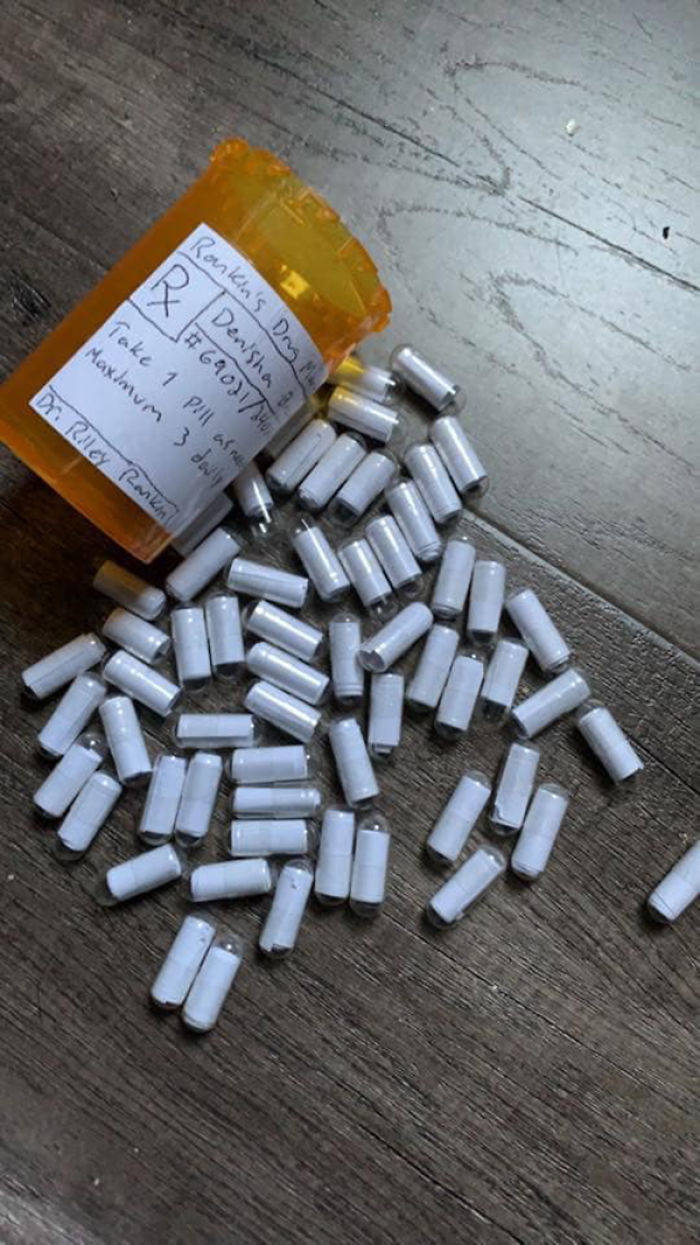 She told Riley about her anxiety and panic attacks pretty early on in their relationship and he says he’s really thankful for that. “It’s really good to tell people what you’re dealing with before you get involved,” he says. She was quite nervous about telling him in the beginning though, but she just wanted to go into the relationship being honest to each other. 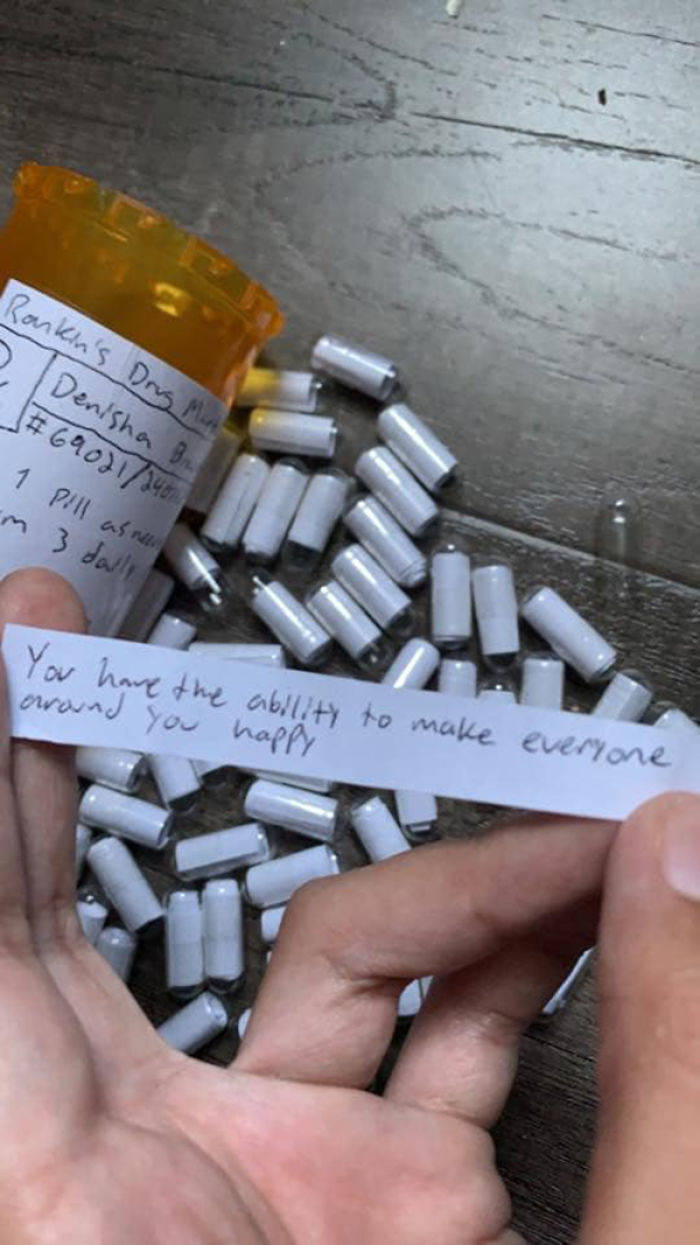 It all turned out really great as Riley is actually diagnosed with anxiety as well, so the two could really understand what the other is going through. “We’re now able to help each other with that too,” Denisha says. She also adds that not being honest about her mental health problems right away was a problem in her previous relationships, therefore she wanted to get the right start this time.

Denisha couldn’t be happier and said, “Gifts don’t have to cost $100 to be meaningful, a couple bucks and some creativity.” 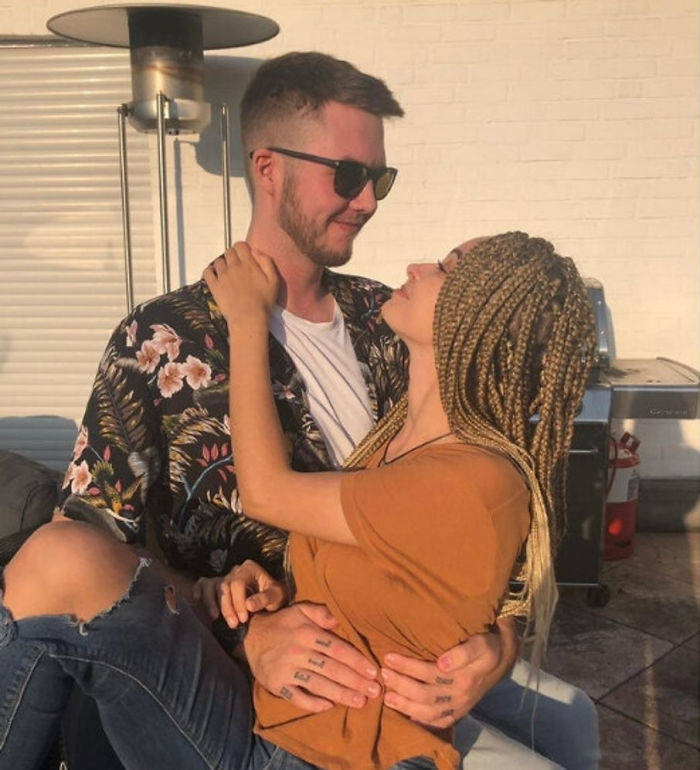 When asked for advice for those trying to help loved ones with mental health issues, Riley says: “If you have any problems, you should focus on them. Not to the point where you ignore your partner but make sure you’re okay first. When you’re good then you can help more. And second, just be really compassionate. I forget that a lot too, it’s hard to remember because sometimes it’s hidden, you don’t notice – somebody can be smiling but they’re really not feeling good inside. It’s important to just remember that and be compassionate.”

One 7 month s ago
Doing too much Ecstasy can cause lifelong mood disorders. Just sayin.
Reply
3

Shark 7 month s ago
It’s unfortunate that in spite of these positive stories, above, where people facing difficulties in life find ways to overcome, we have degenerates leaving negative comments. You must be a sick person to trash others who have problems in their life.
Reply
1

Offspring 7 month s ago
Doing too much Ecstasy can put you in a frame of mind where you believe that everyone else is doing X, too.
Reply