Welcome To The Highest Inhabited Town On Earth (18 pics)

La Rinconada, Peru, the highest permanently inhabited settlement in the world, is a place where only the hardest can survive. The settlement is more than 16,000 feet above sea level, perched atop Mount Ananea in the Peruvian Andes. It spends much of the year in sub-zero temperatures.

La Rinconada is one of the most isolated communities in the world. 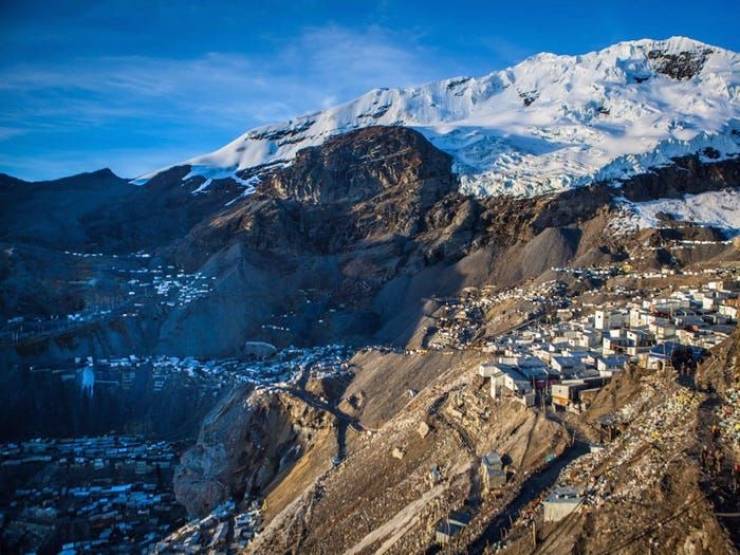 The settlement was built at an astonishing height of 16,700 feet and lies in the shadow of Bella Durmiente — or Sleeping Beauty — an enormous glacier that lurks over the town. 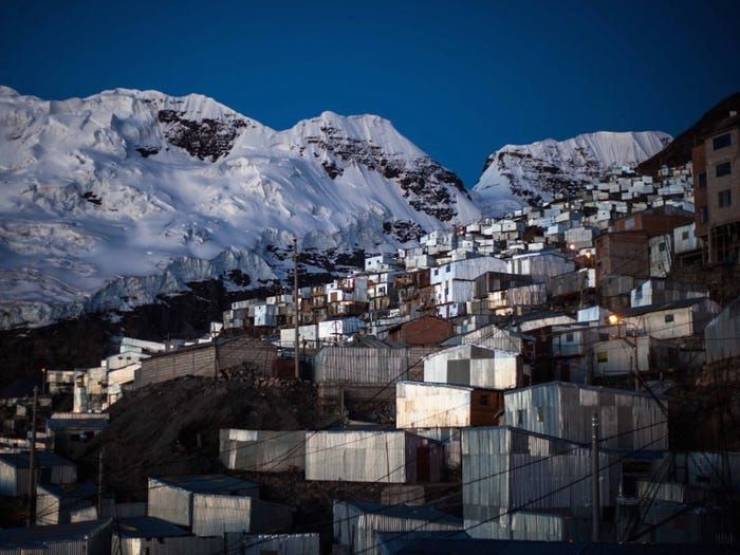 The town is accessible only by braving a precarious mountainside road covered in grass, rocks, dirt, and often ice. The journey can take several days. 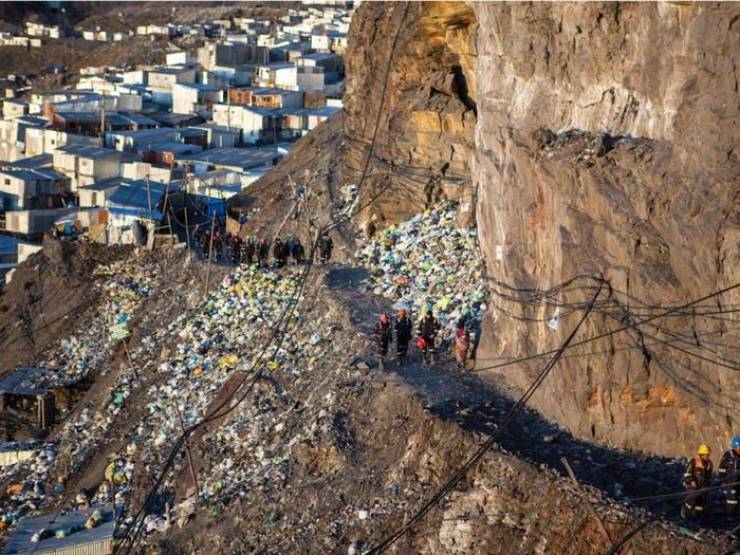 Tourists avoid the town, which has no hotels or hospitals, and the government has little to no presence in the town. 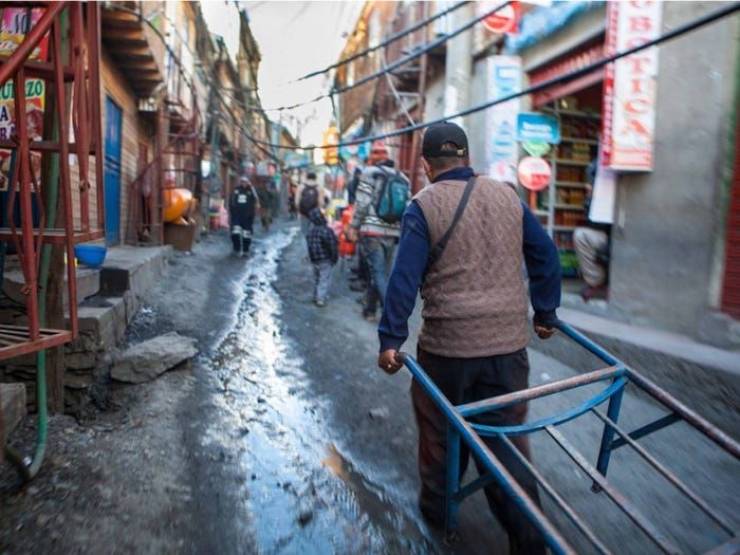 The air in La Rinconada is difficult to breathe for tourists and other outsiders. At such a great altitude, the air is dangerously thin. This is because gravity holds oxygen close to the surface of Earth, and people begin feeling altitude sickness at around 10,000 feet. Residents of La Rinconada have adapted to the harsh conditions. 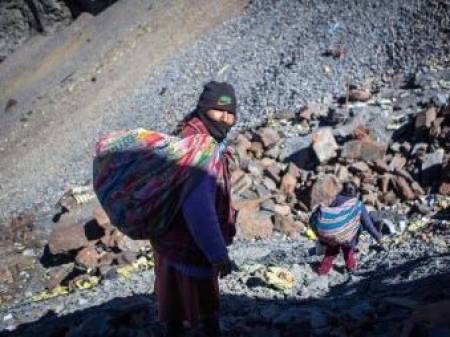 The town is extremely poor, but its residents are hardened. The town’s economy relies almost entirely upon the unregulated gold mines carved into the surrounding mountain-face. 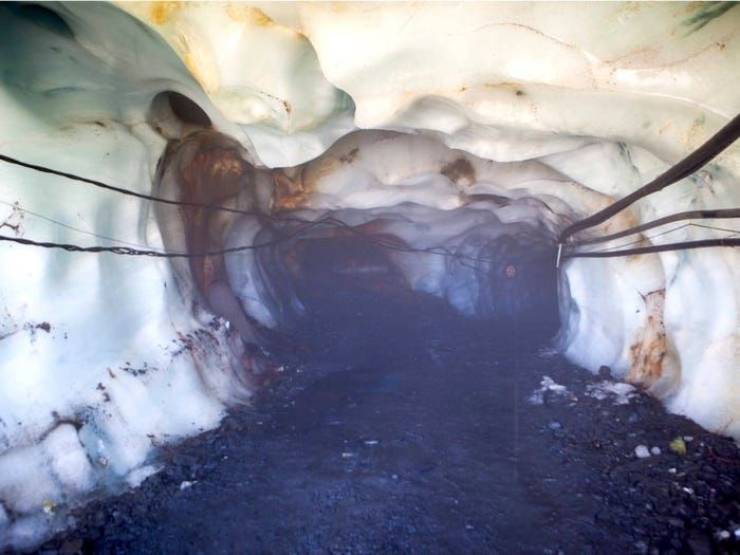 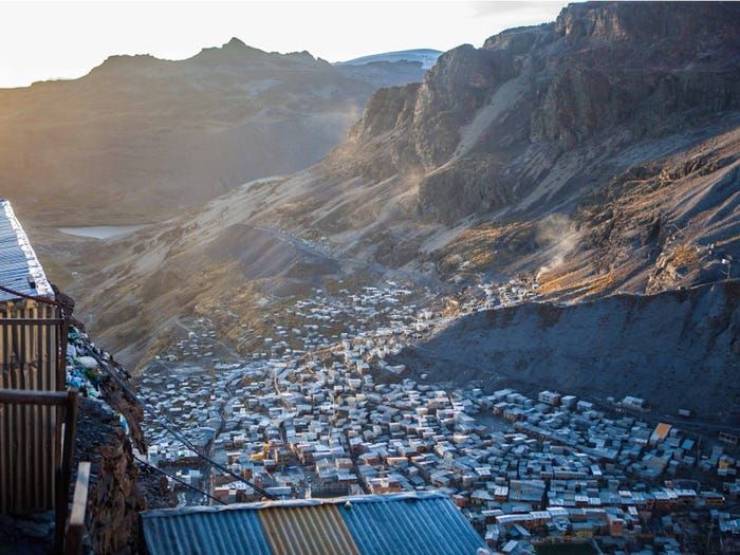 Much of the population is made up of optimistic Peruvians who fancied their luck striking it rich in the gold mines. Miners here don't receive a traditional paycheck. Instead, they can lay claim to any gold they find on the last day of each month. 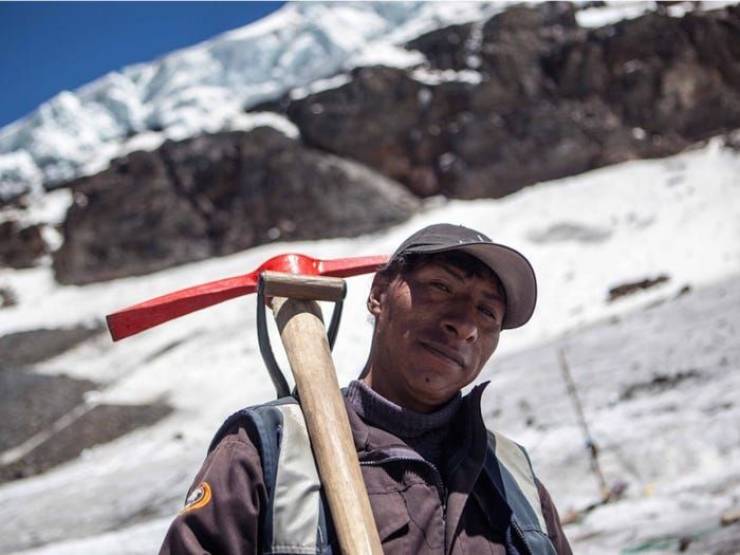 Gold has been mined in the Andes for centuries, with mining activity dating as far back as the Incas. People in La Rinconada hike for 30 minutes every day to reach the mines, which are filled with hazardous gasses, mercury, cyanide, and a lack of oxygen. 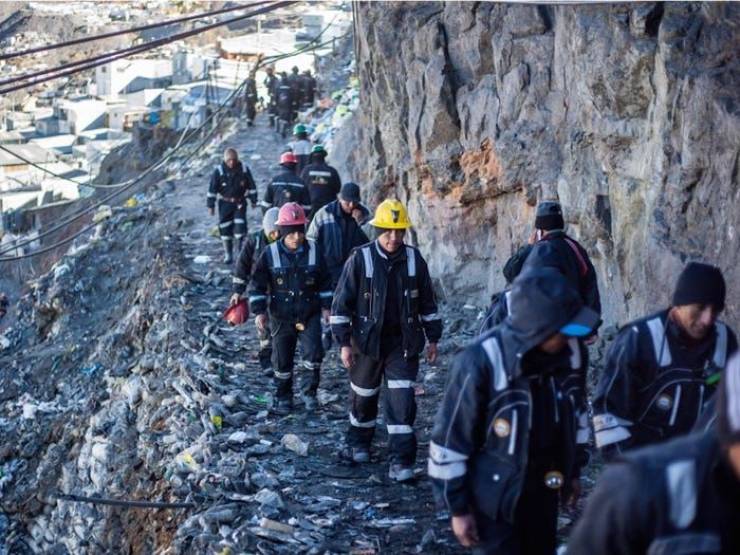 Women aren’t allowed to enter the mines, so they do the outdoor work. This woman is creating the metal parts required to prop up the mining tunnels. 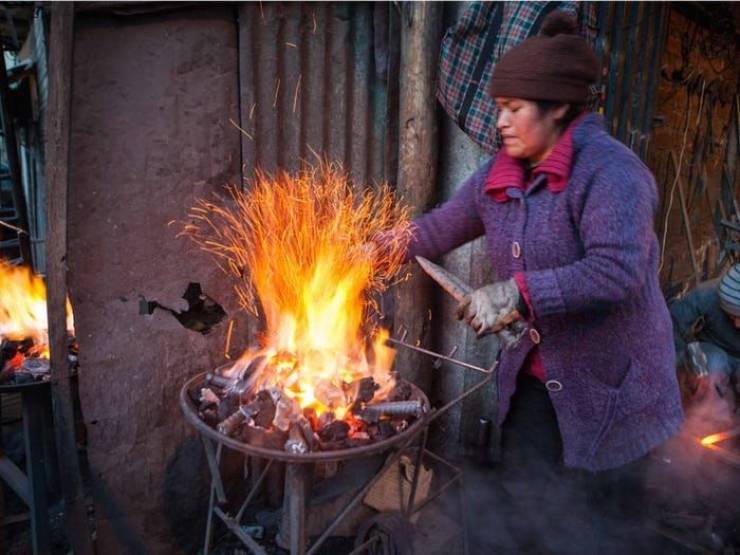 Those who founded the small mining camp never anticipated the population to grow to the size it did, and thus its infrastructure is almost nonexistent​. 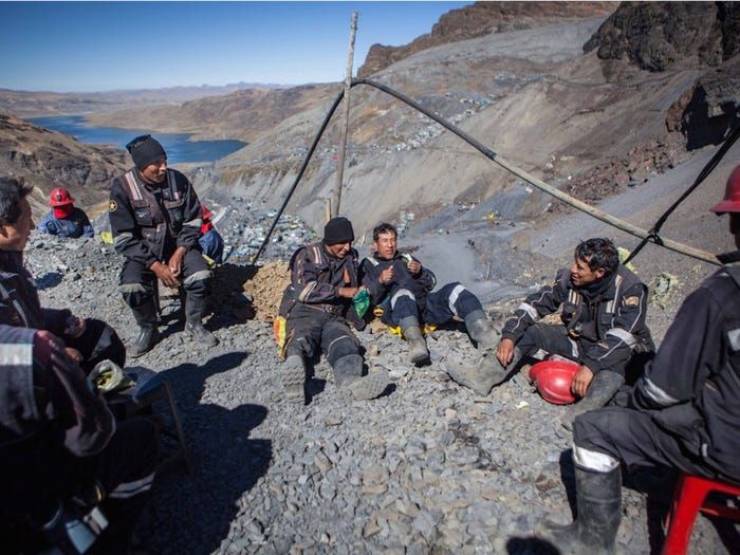 The town has no running water, and building a sewage system has proved impossible. Waste disposal is the responsibility of residents. 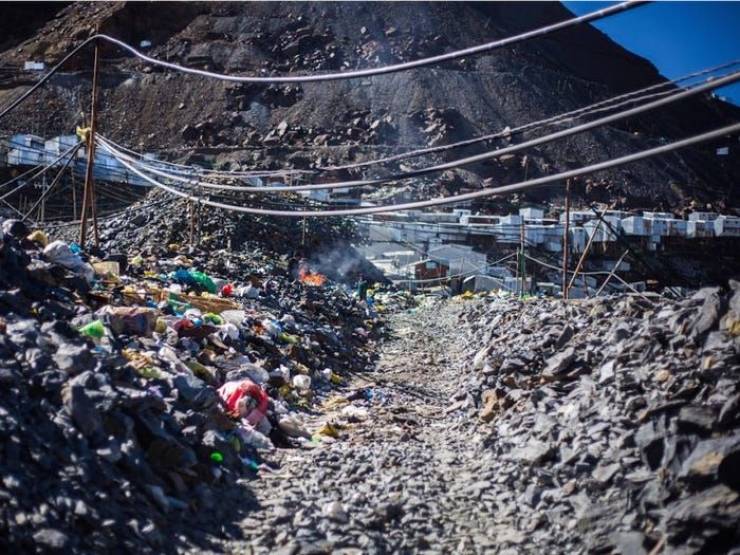 Some people choose to burn their rubbish or bury it outside the town. 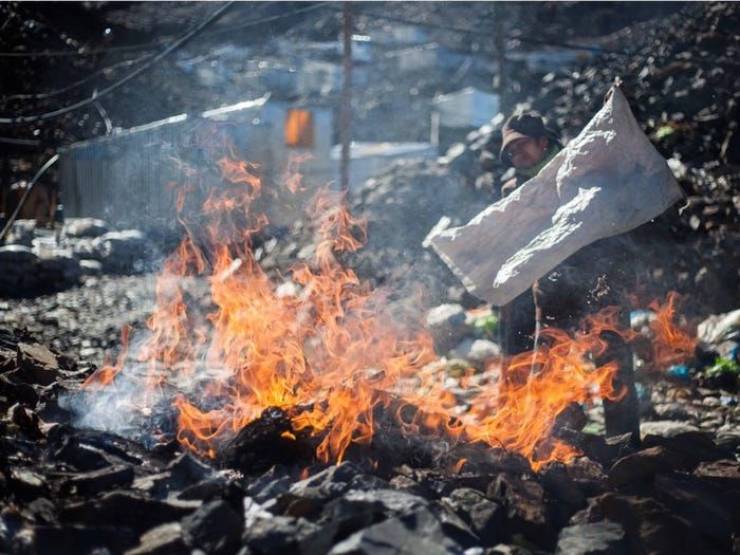 Others simply toss it wherever there is space. 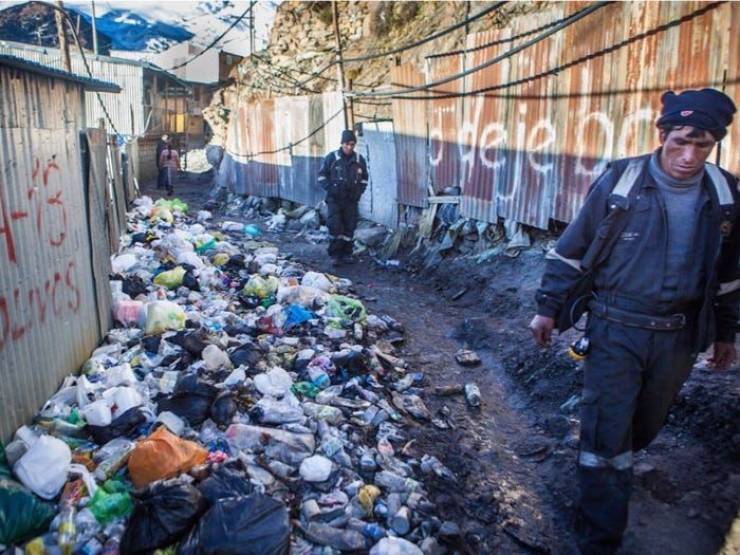 The lack of sanitation and the unregulated mining operations mean the ground in La Rinconada is heavily contaminated with mercury, resulting in many of the residents suffering from mercury poisoning, which affects​ the nervous system and causes itching, burning, and skin discoloration. 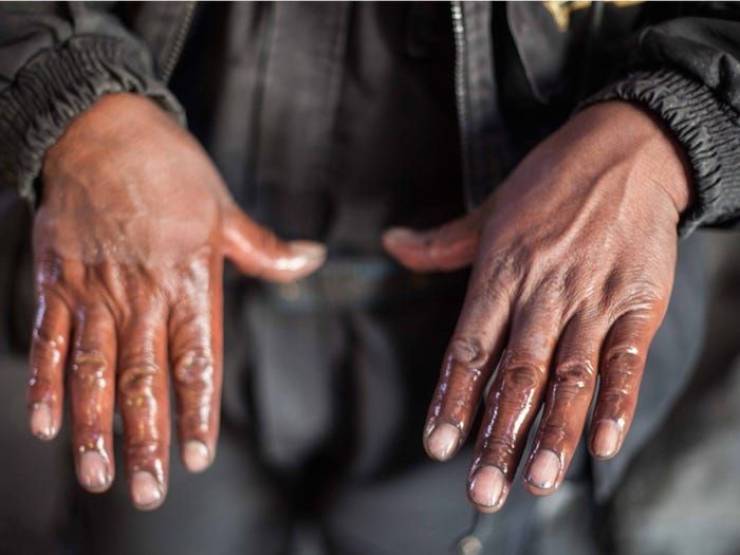 Locals have to find old-fashioned ways of entertaining themselves and often meet in cafés built for the miners. This picture taken by Walker Dawson shows the local soccer team put together by the miners. 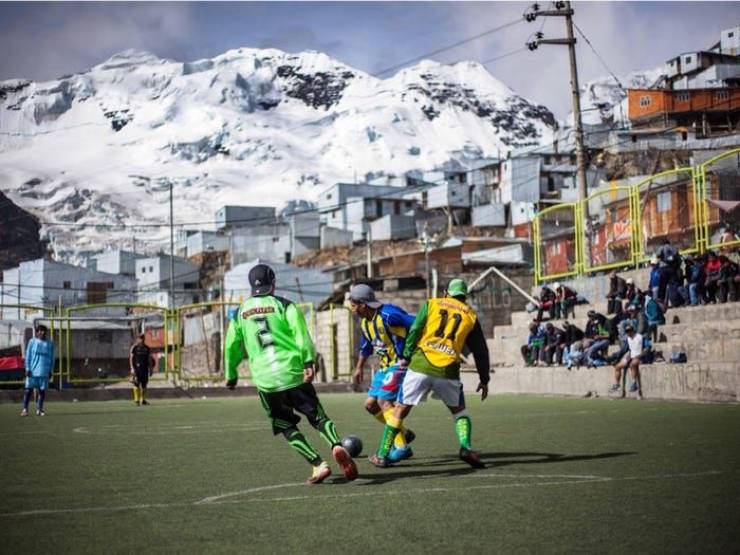 The lake you see in the background of this picture is also heavily contaminated with mercury and cyanide, which flows through the town. 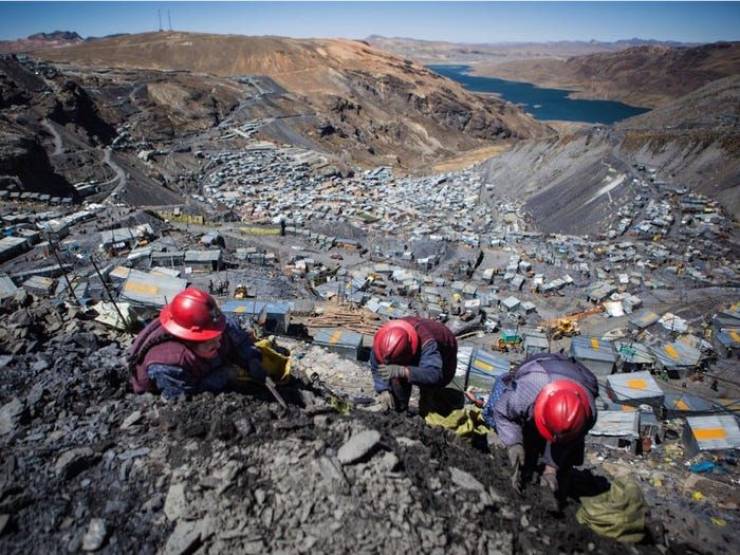 Following his visit, photographer Dawson told Business Insider in 2015 that La Rinconada was a startling exhibit of the extreme lengths people will go in search of wealth and a better life.
18 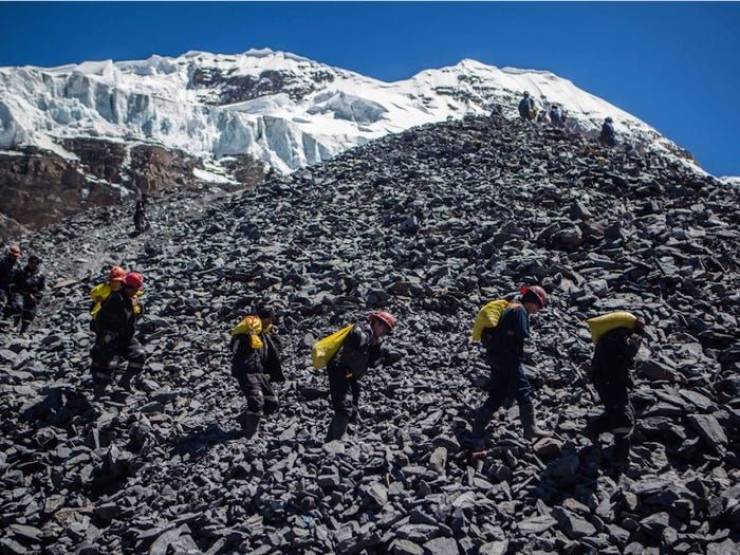 salamoon 7 month s ago
and then you are told you have to reduce your climate footprint by not buying this or that or not doing this or that.... and there are literally thousands places like this one around the world.
Reply
2

Everyday 7 month s ago
Yeah.... Slight difference though between most of us able to even see this and people living like this. We have the option and the possibility to make better choices. People like this are just trying to survive day by day. They live in a place not connected to adequate facilities, have no government to help them, and no knowledge or time to reduce their waste while working their a$$ off for almost nothing in return. They don't HAVE the option to make better choices. We do.
Reply
0

salamoon 7 month s ago
thats BS. it was their choice to came there.
and you missed the point. its not about not making right choices, its about knowing how hard is make the change even when you do the right choices because places like that.
Reply