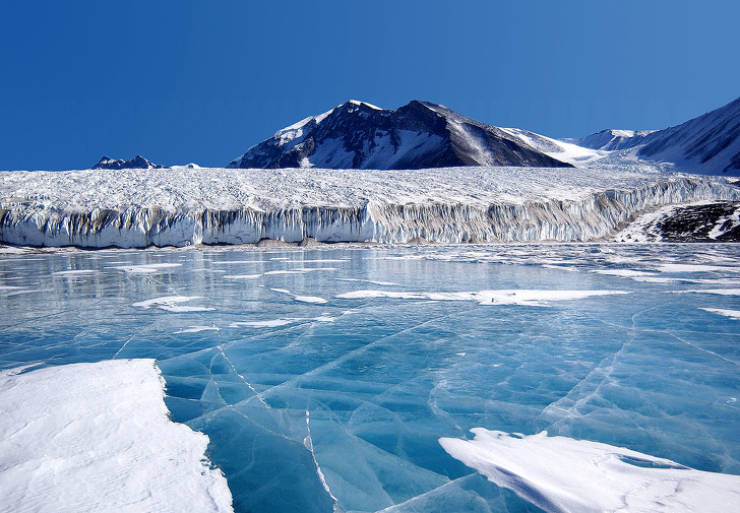 Antarctica has never had humans permanently living there, per se, but people have journeyed there for various reasons over the years: scientists, whalers, and even tourists. Today, people usually have to get a job at a base to even go to Antarctica. 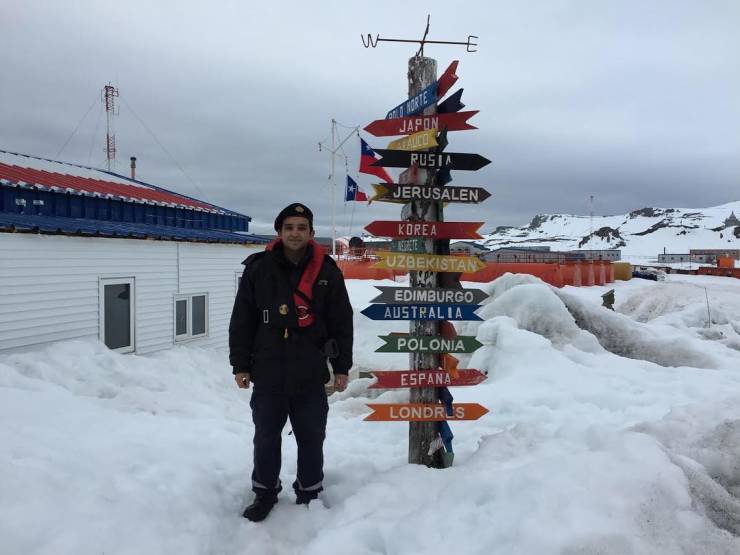 Some people stay in settlements or research bases year-round and others might only stay for a summer. Thousands of tourists visit down south every year. However, with more and more people going south, humans have left a surprising mark on the region, with all kinds of things you’d never expect.

Chile and Argentina each have a little “town” on the continent: Villa Las Estrellas and Esperanza Base. 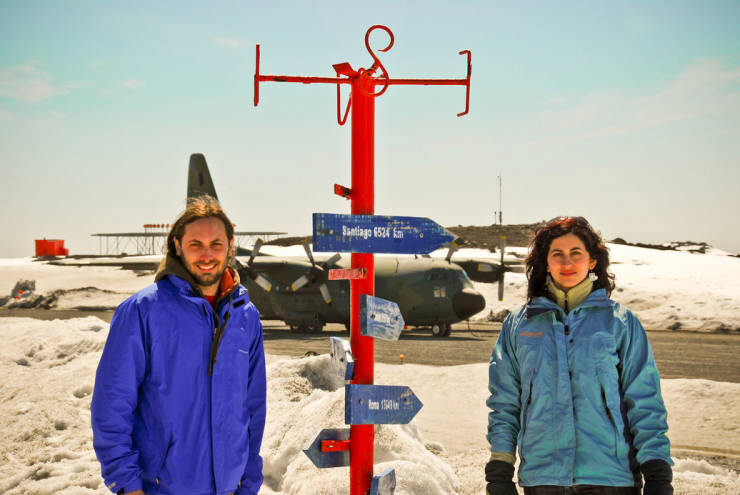 A lot of countries have airports based on the continent, some use ice and snow for their runways. 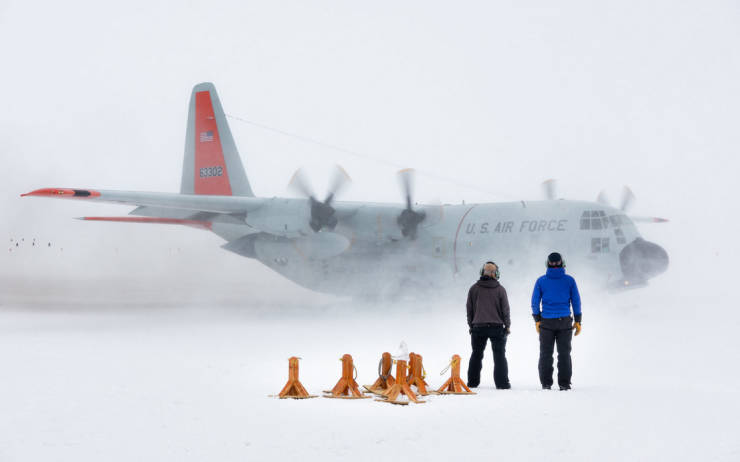 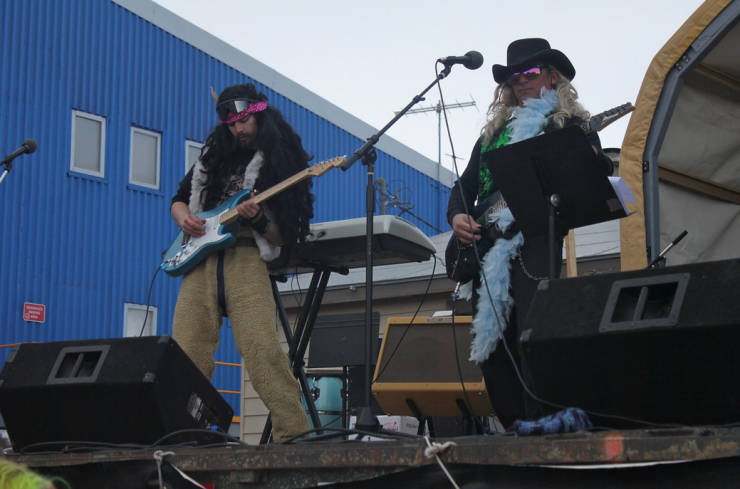 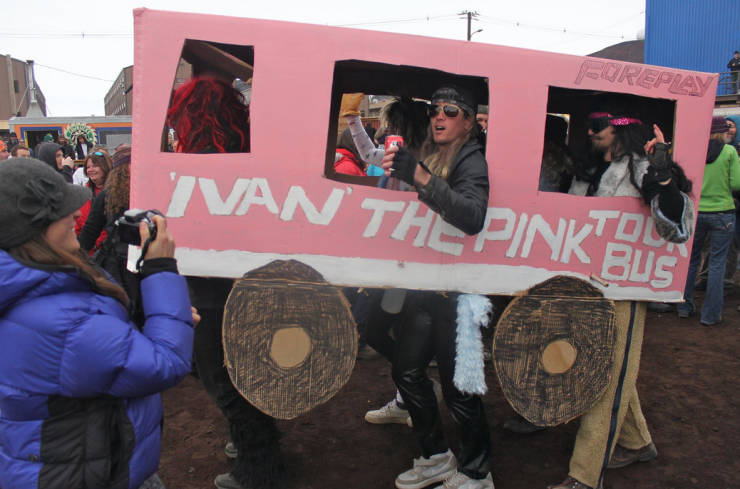 After a rare concert in 2013, Metallica became the first band to have played on all 7 continents. 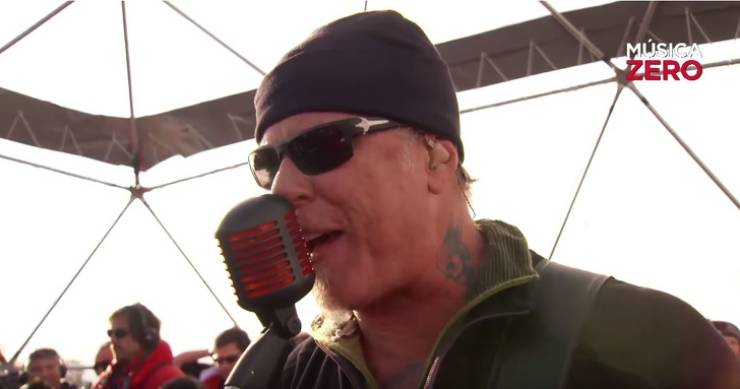 The McMurdo research station had its own bowling alley back in 1961. 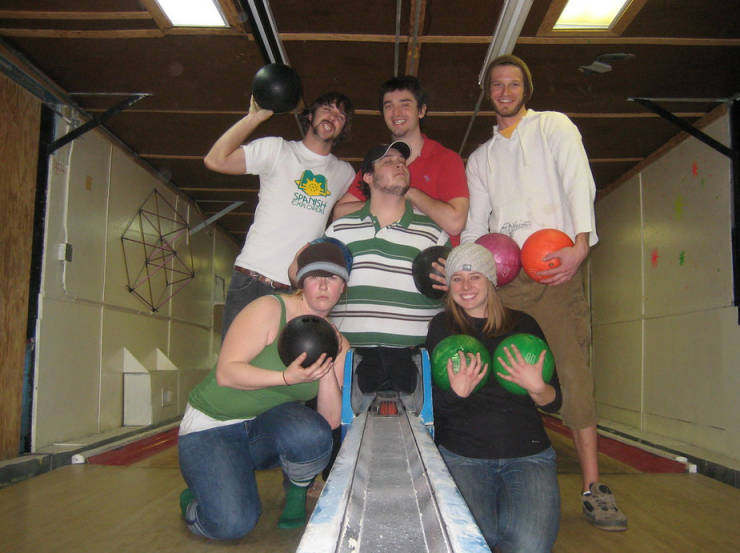 Mega snow coaches, like this, help people get around. 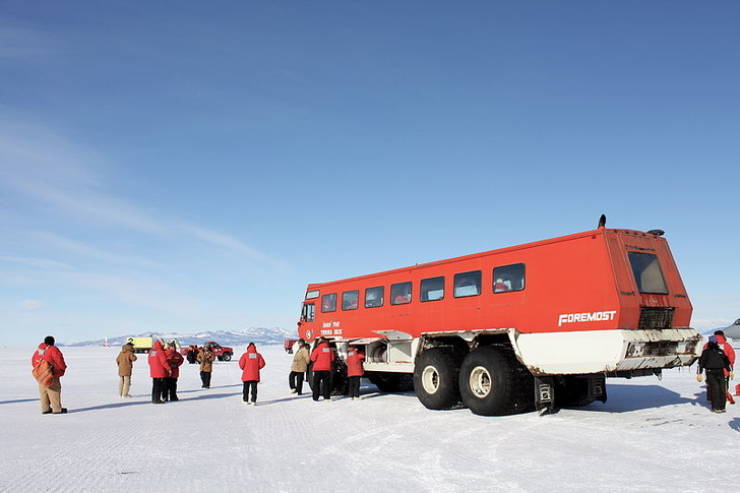 Costume parties are popular at the bases, especially for the holidays. They might help you blend in with the locals. 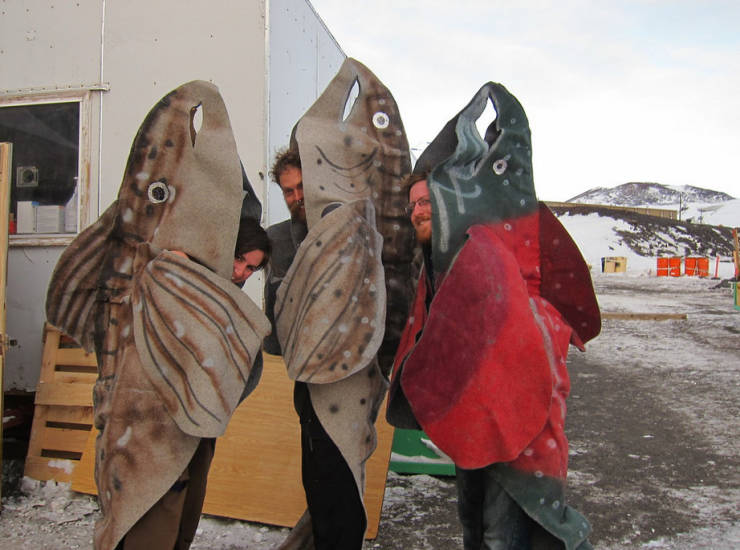 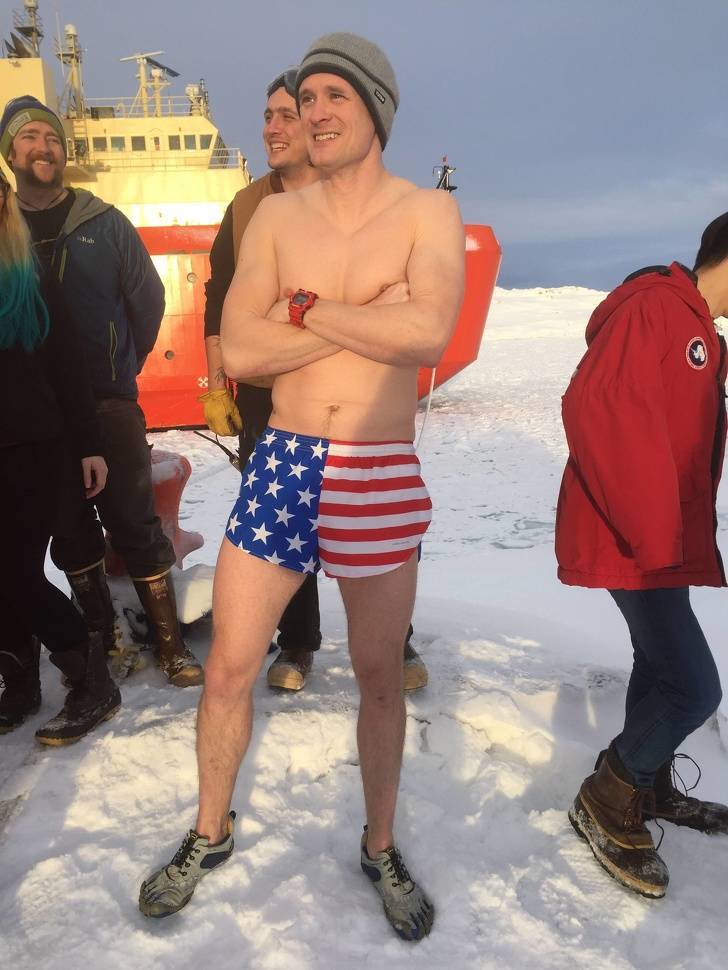 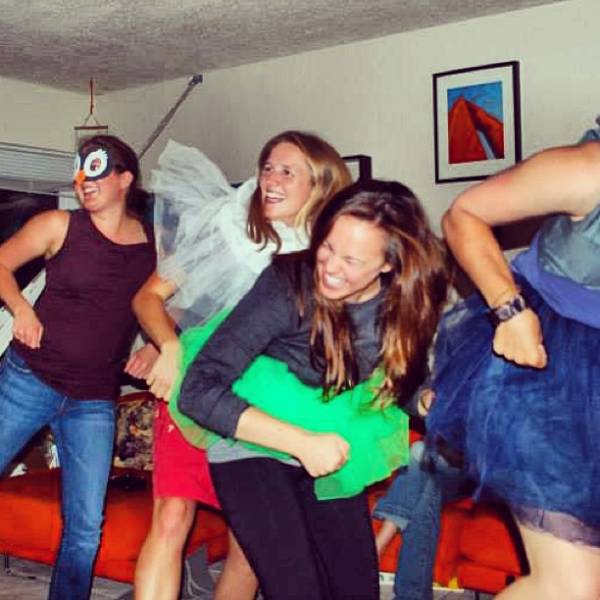 Athletes have an annual marathon, the Antarctic Ice Marathon and 100K Ultra Race, in the cold. 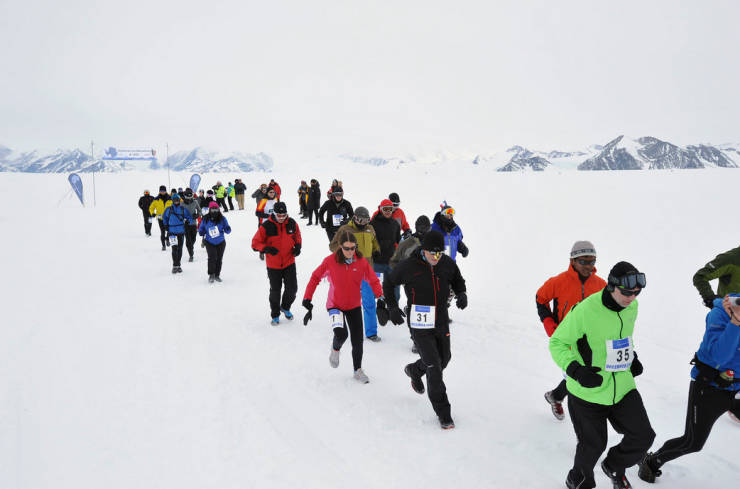 There have been Polar Plunge events where people swim in Antarctic waters. 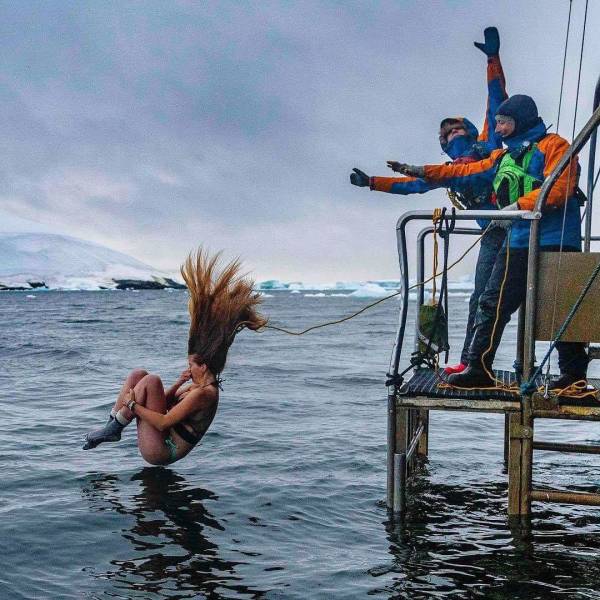 People can also sign up to go whale watching in Antarctica 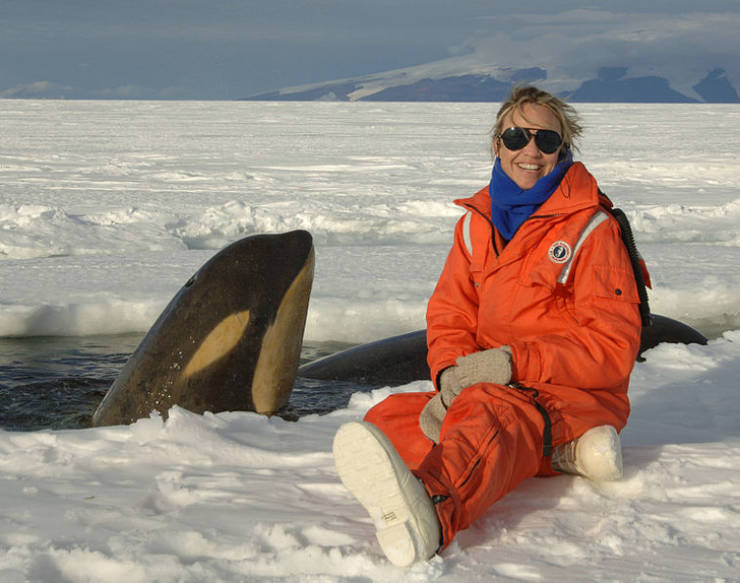 Researchers often go diving to study the Antarctic waters. Tourists can sign up to take diving trips too. Back in 2017, artists from around the world got together to present the Antarctic Biennale art exhibit. 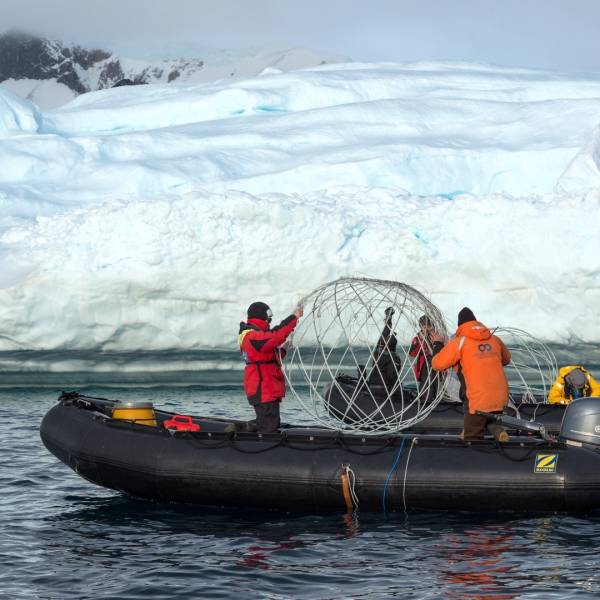 You’ve heard of the Northern Lights... here’s their southern cousin: the Aurora Australis. 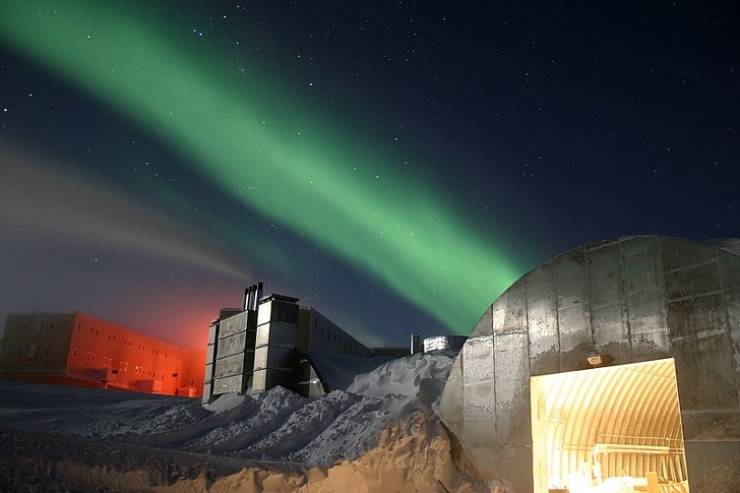 The 2012 horror film South of Sanity is the first full-length fictional film to be shot entirely in Antarctica. 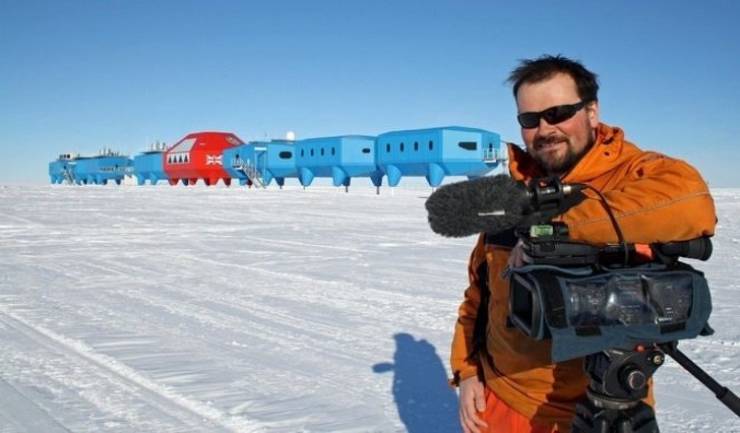 In 2014, 2 anonymous researchers became the first Tinder match in Antarctica, although scheduling issues prevented them from going on a date. 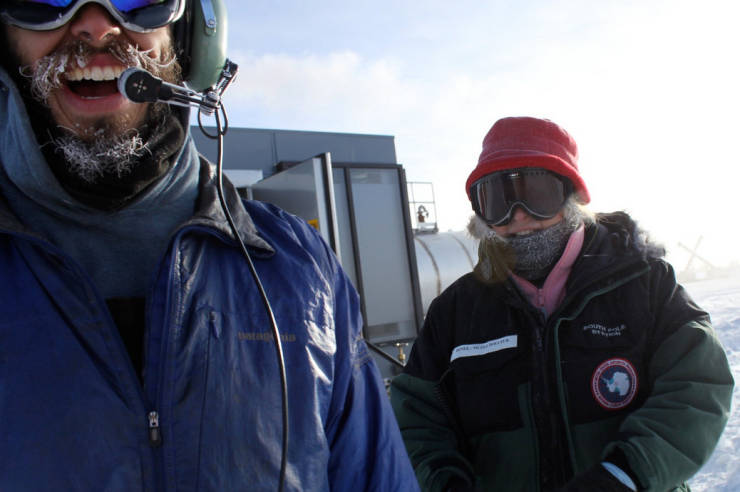 Antarctica is considered to be one of the best places to find meteorites since the dry, cold climate helps preserve them. 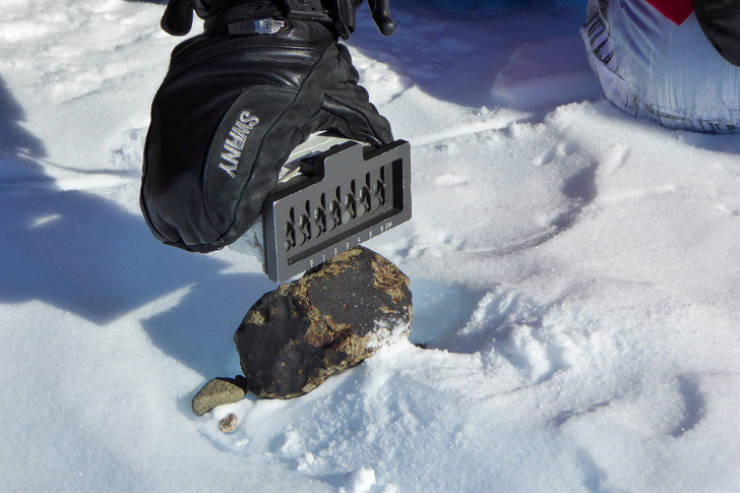 Bonus: Just a reminder, Antarctica is not the Arctic!
22 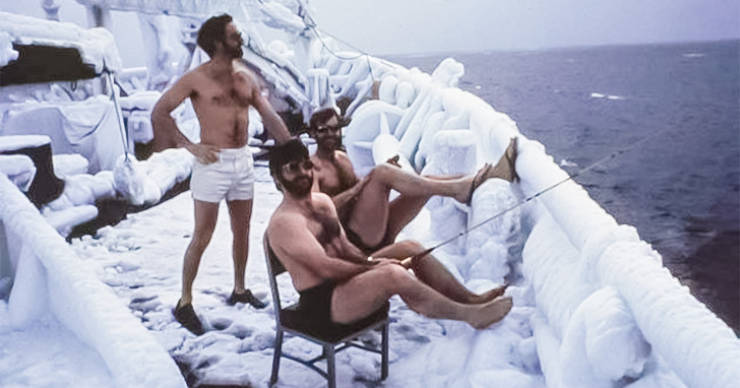 People tend to confuse them a lot, but Antarctica is the polar opposite of the Arctic, which is made up of land from Alaska, Canada, Russia, Sweden, Finland, Greenland, and Iceland, and which all surrounds the North Pole.

In other words, if you want to have fun in the cold, you don’t have to go south. A lot of these places already have people permanently living there, so visiting can be a lot easier.