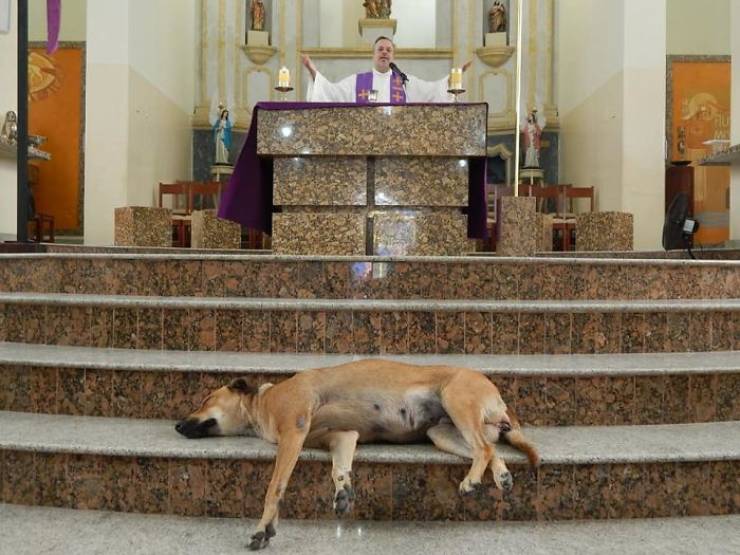 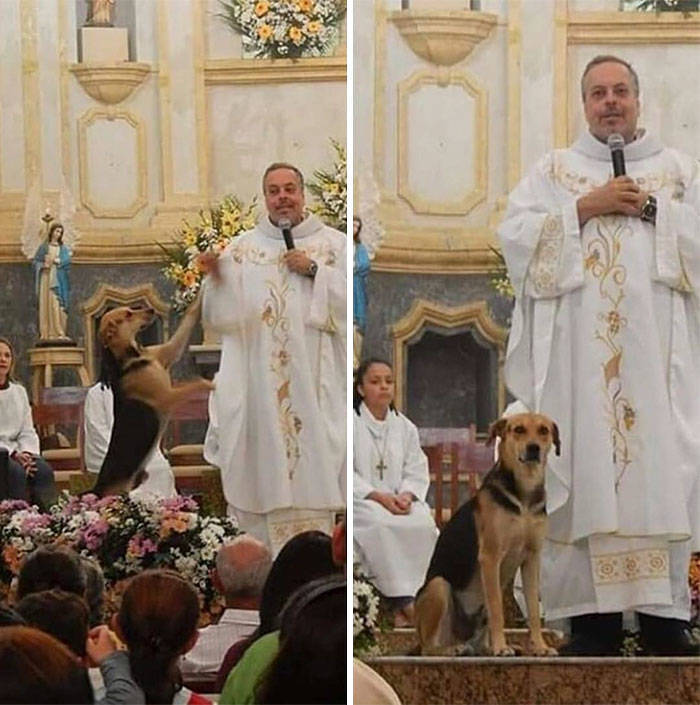 Father João Paulo is housing stray dogs in his rectory away from the dangers of the streets. However, he brings his furry friends to the church service in hopes that they will be noticed. This is why every Sunday, the priest makes sure the dogs are in the center of attention, an honorable spot where everyone can see them. As loyal and as important they might look in front of the altar, dogs will be dogs and they are always in for some petting. Being excited and adorable as they are, pups often join the priest at the altar for some attention and belly rubs, and Father João never disappoints! 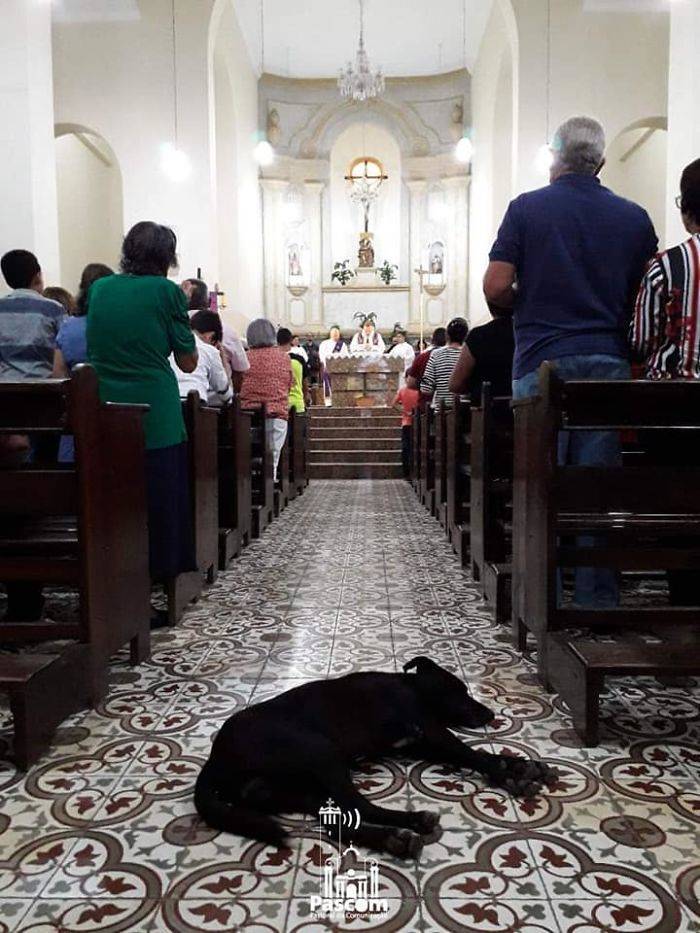 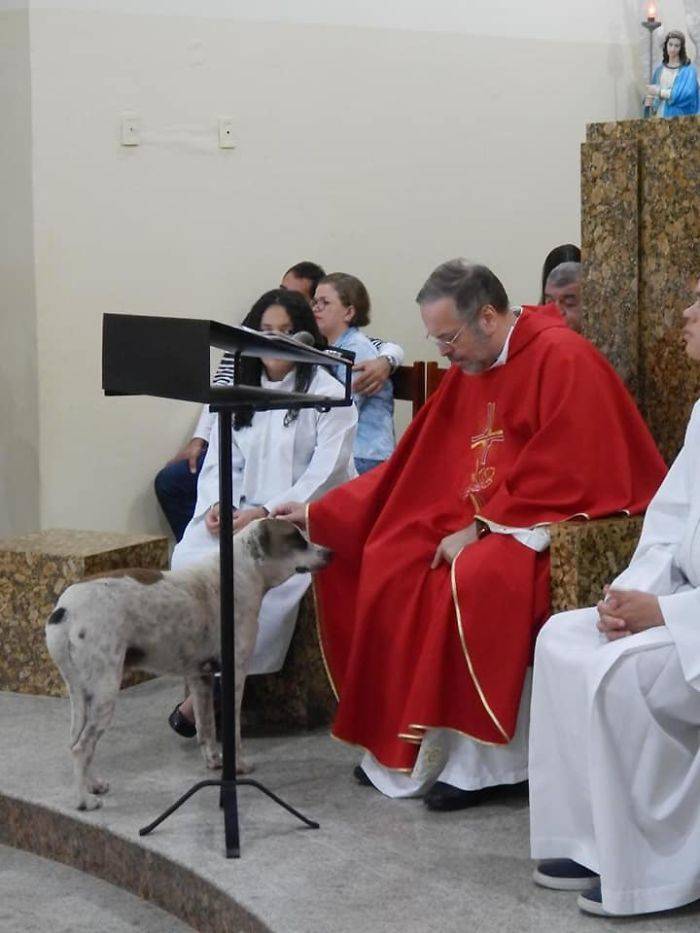 “They will always be able to enter, sleep, eat, drink their water and find shelter and protection, for this house is of God and they are of God,” Father João Paulo wrote on Facebook. He engages the large church’s community in his mission by encouraging them to invite people who are interested in bringing home a new family member. His compassionate actions raise awareness and help to make a change, starting from Gravatá. 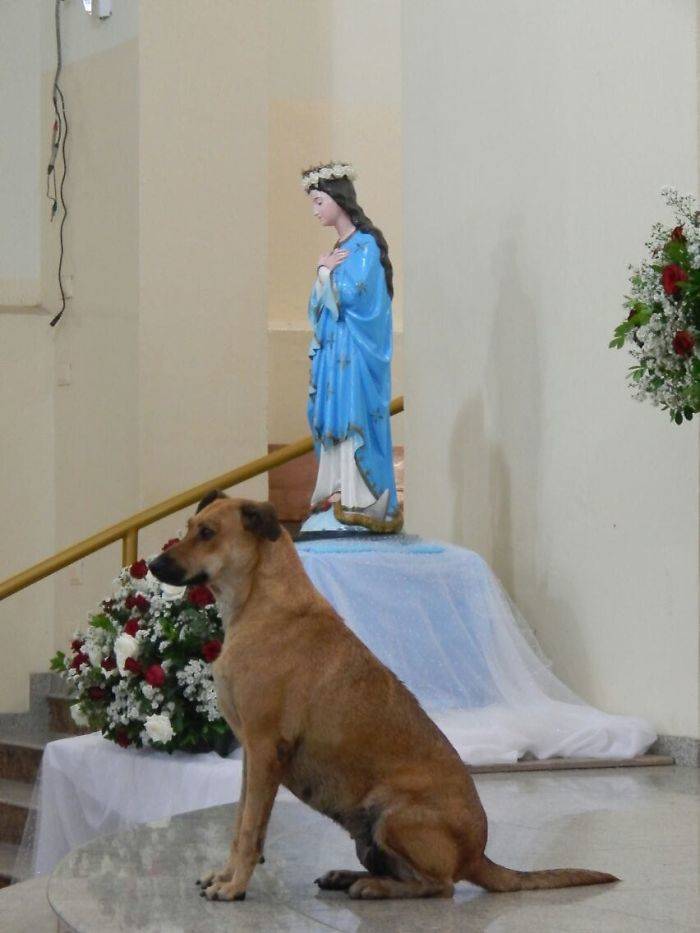 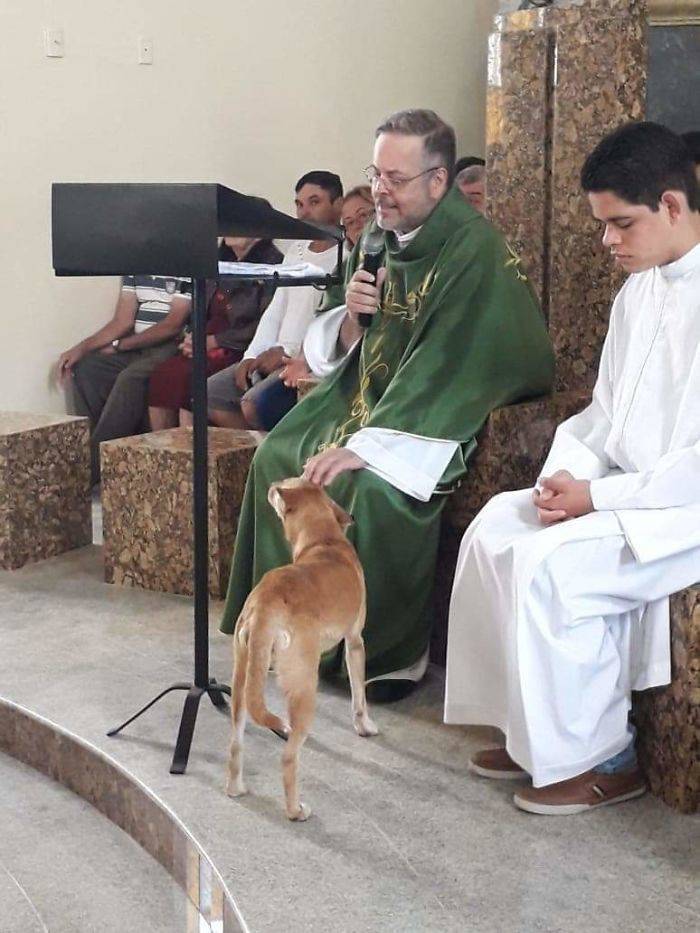 Many rescued dogs are neglected, affected by cruel street life and in desperate need of urgent help and attention. The compassionate Father has not only given a temporary home and affection to these poor creatures, but he also takes good care of them, feeds them and provides all the necessary medical treatment. Their spectacular recoveries warm our hearts and show what love and care can do. A small act of kindness that makes an extreme difference for the forgotten dogs of Gravatá. 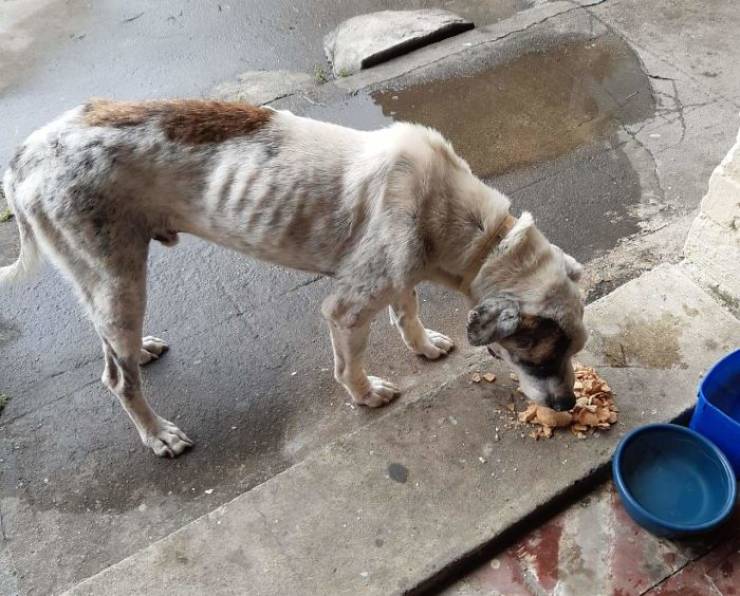 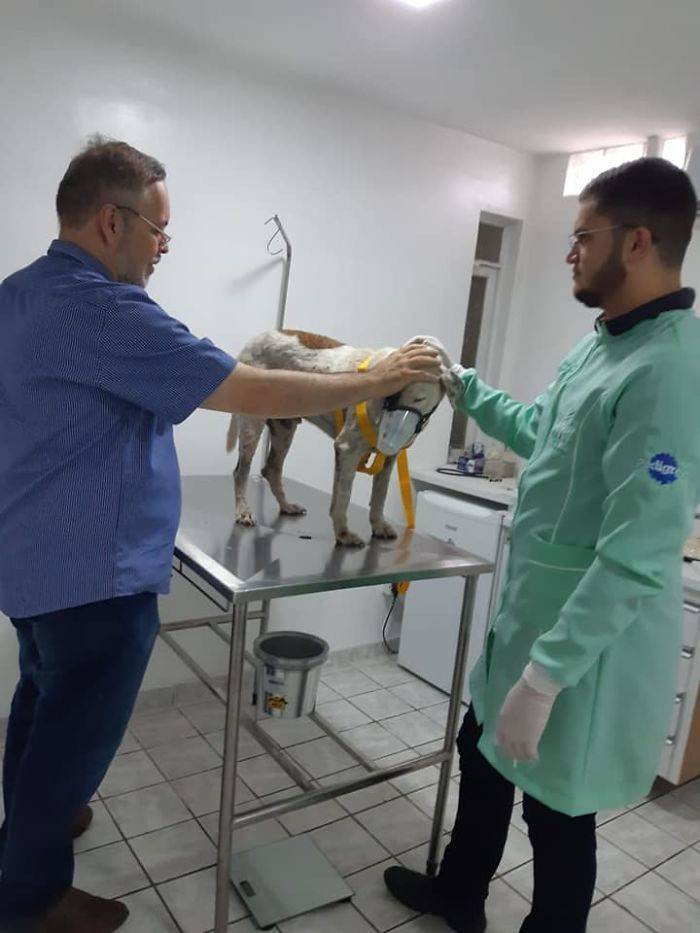 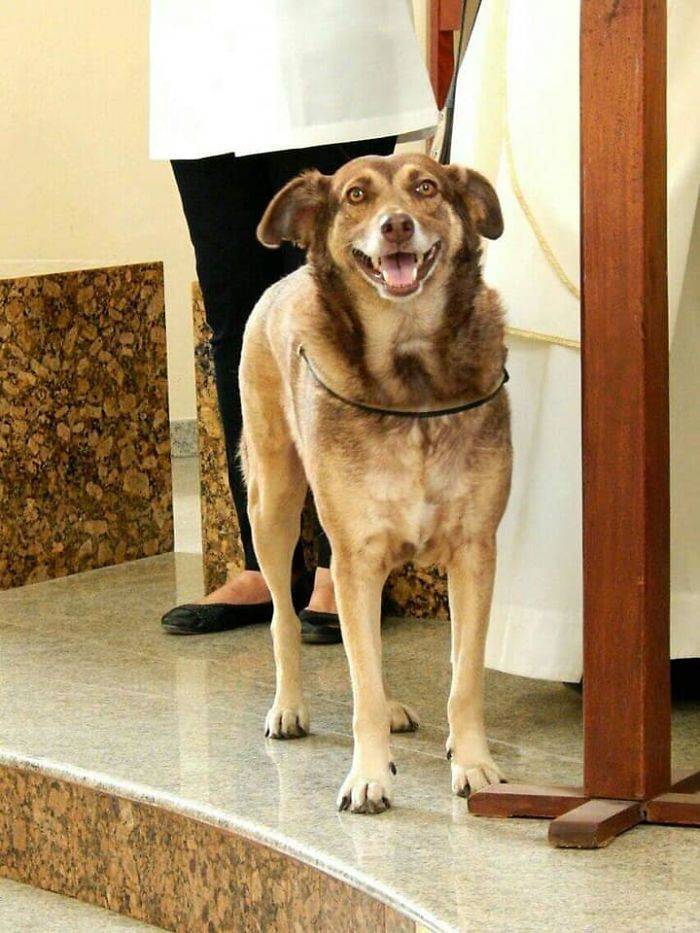 Thanks to the priest’s actions, the number of abandoned dogs on the streets of Gravatá, which has 228,000 inhabitants, has reduced substantially. Dozens of stray dogs have already found loving homes. In fact, after meeting so many faithful animals in person, the kind-hearted priest couldn’t help but adopt some himself. 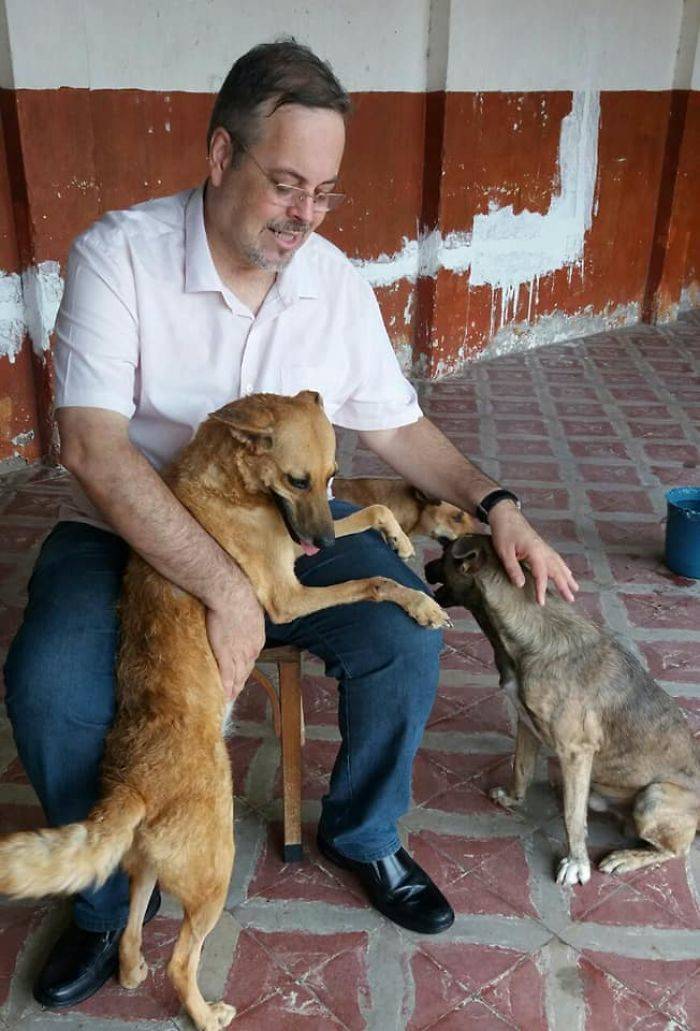 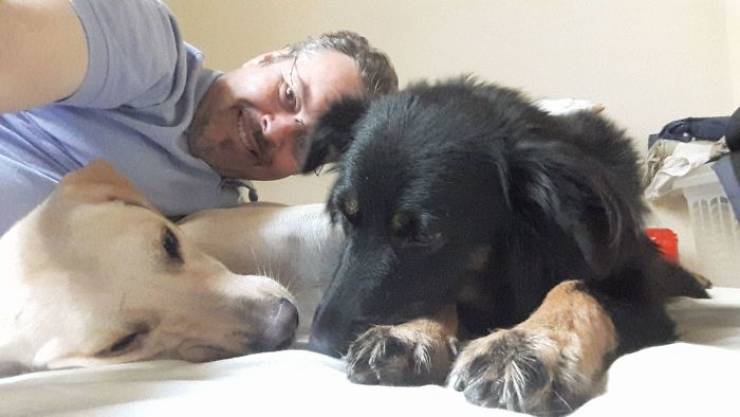 “I helped several dogs with serious health problems. Some of them I brought to the parish house and they were later adopted. Three of them stayed with me. Today, they are my children and sleep in my bed,” the Father told. 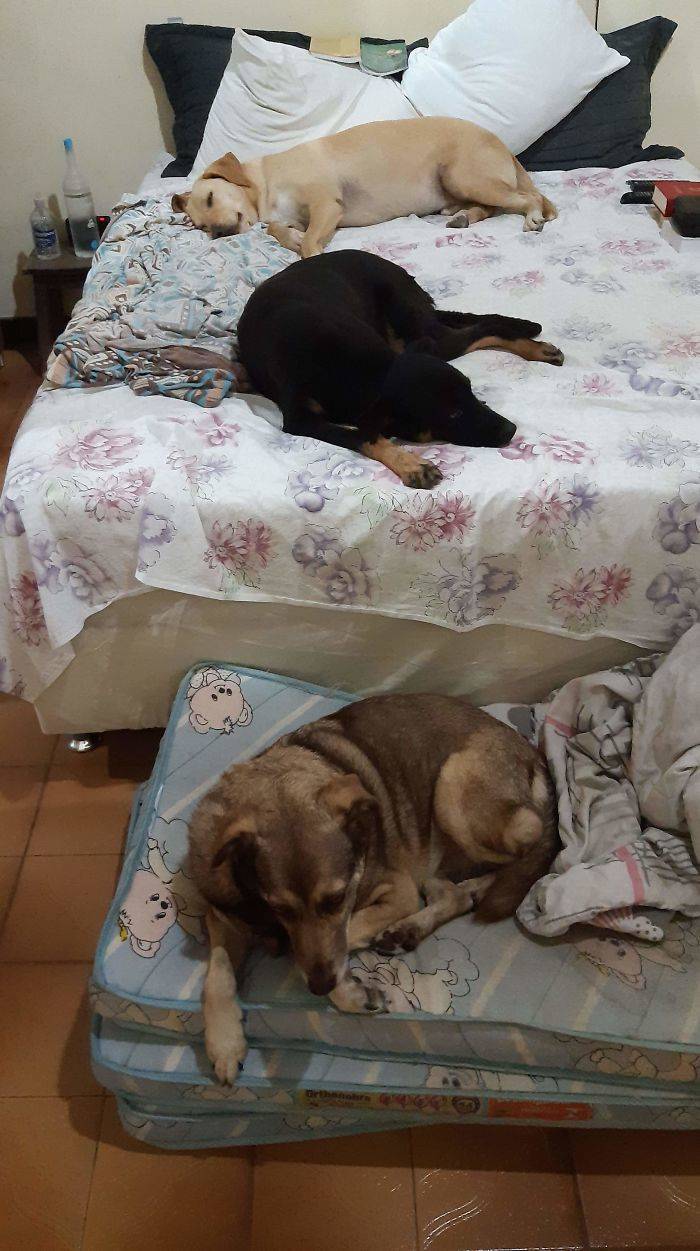 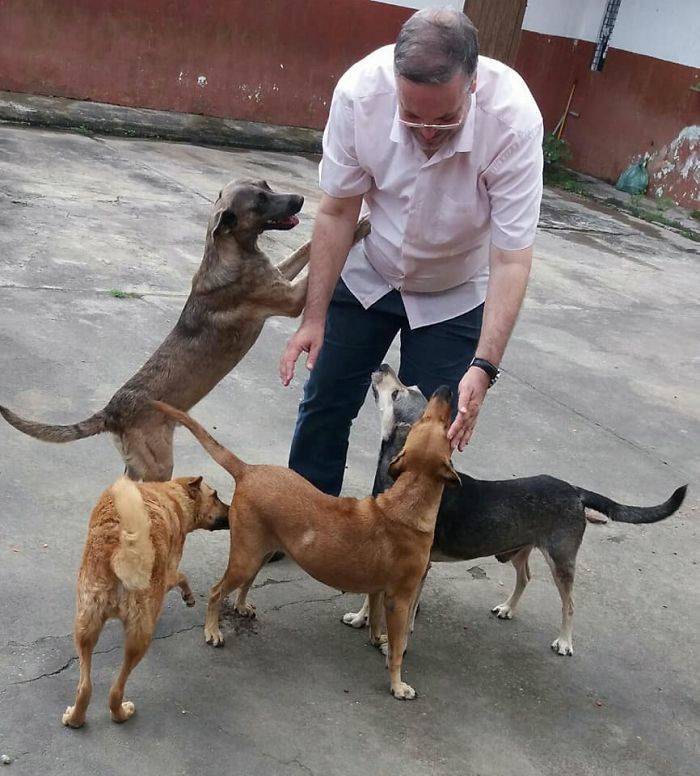 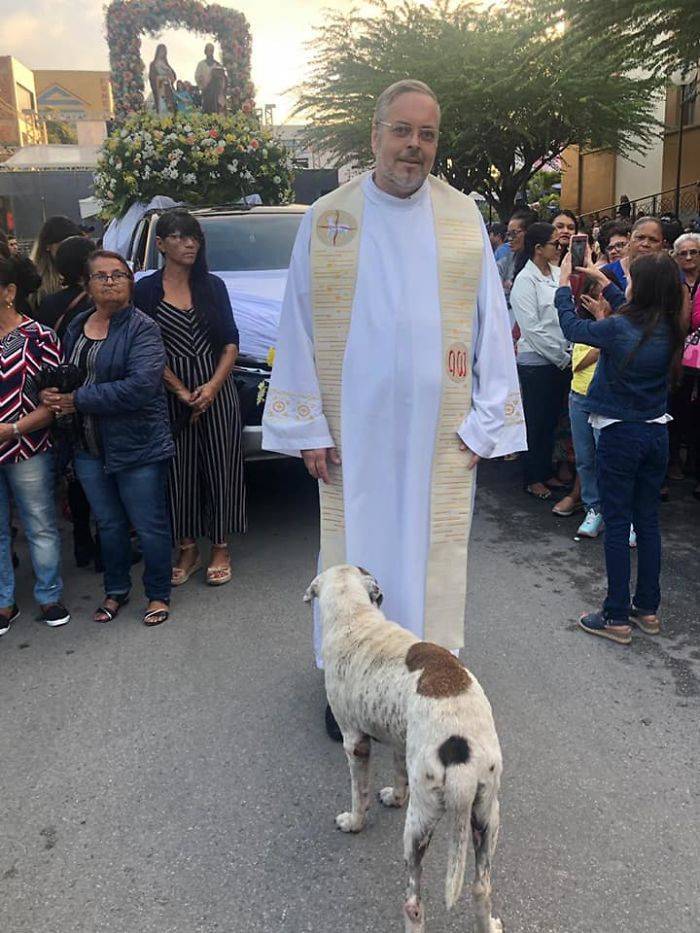 The priest’s heartfelt deeds didn’t go unnoticed after a photo of him conducting mass with a dog on his side went viral on Facebook. The selfless gesture of Christian solidarity echoed on social networks and generated a wave of positive comments, with thousands of citizens extolling the priest’s social action. Inspired people didn’t hold back admiration and blessings for the priest’s kind heart and thought it’s a great example to follow. One of many touched people called him a true hero for helping those who don’t have a voice of their own. 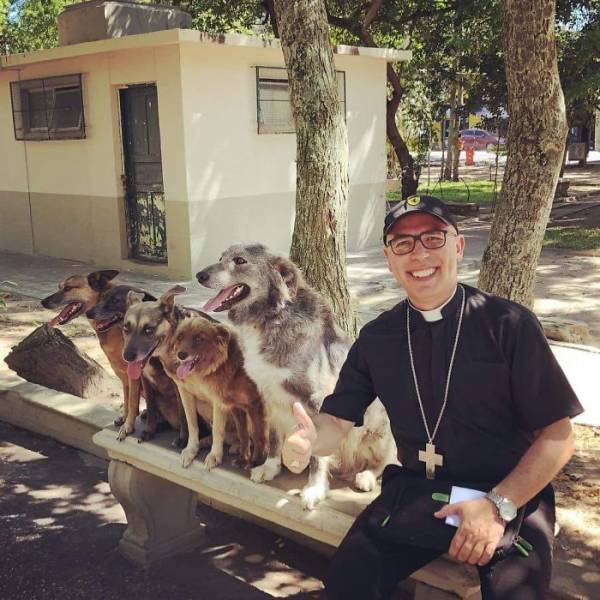 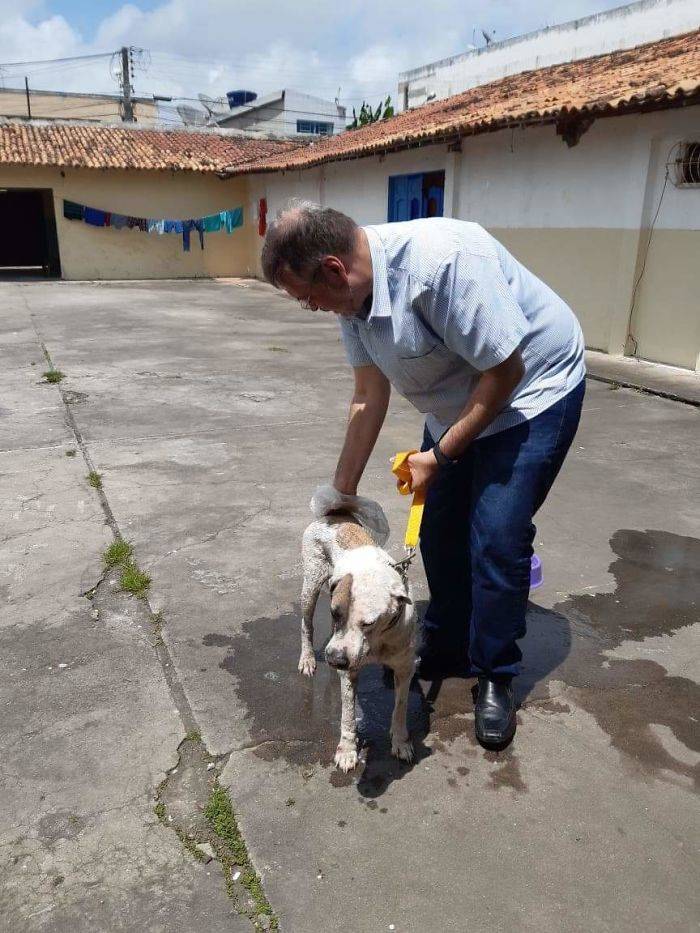 Funnily enough, this is not the first appearance of dogs and other animals in churches around the world. From a dog unexpectedly crashing church service in summer of this year (also in Brazil) to annual pet blessings during the St. Francis Day in honor of the Patron Saint of Animals, Saint Francis of Assisi – it seems that animals feel pretty comfortable in church. While serving the good cause, do you think it’s something the holy places could adopt more often? 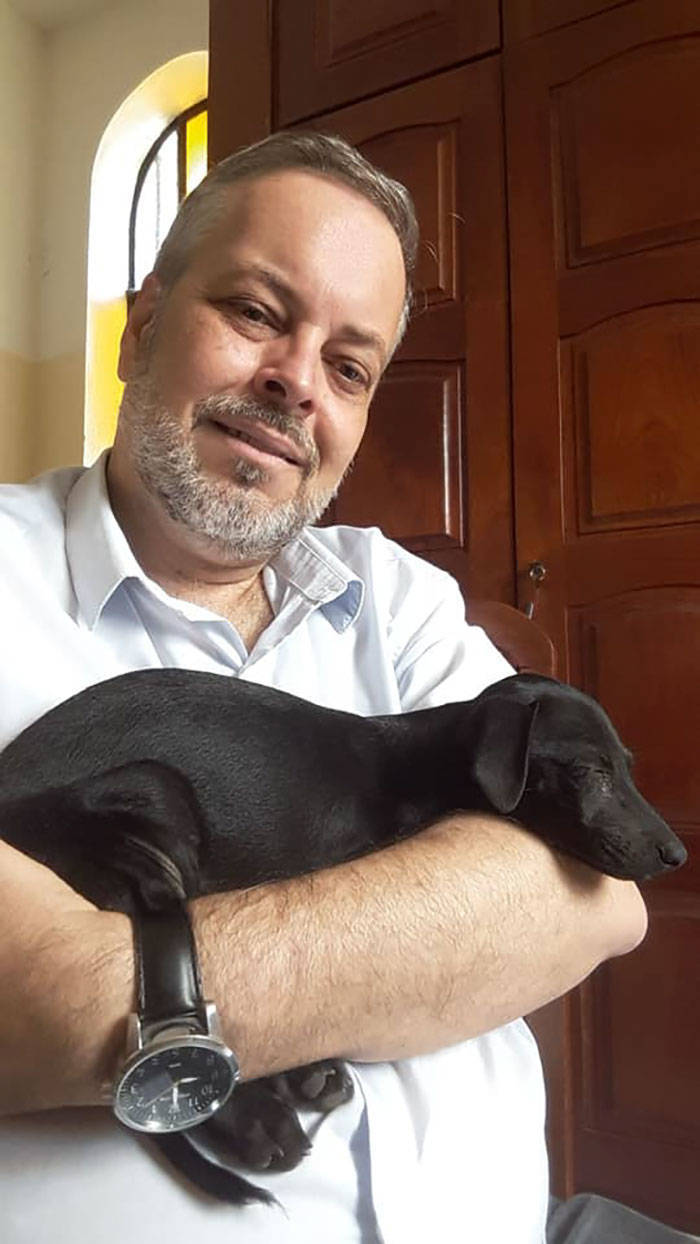 Close 7 month s ago
what about the thousands of homeless children?
Reply