“16 hours travel from Queensland, Australia to San Francisco, it wouldn’t have been right if the first thing I ate was not In-N-Out burger. Double-Double with animal sauce. Would fly 16 hours again for this burger.” 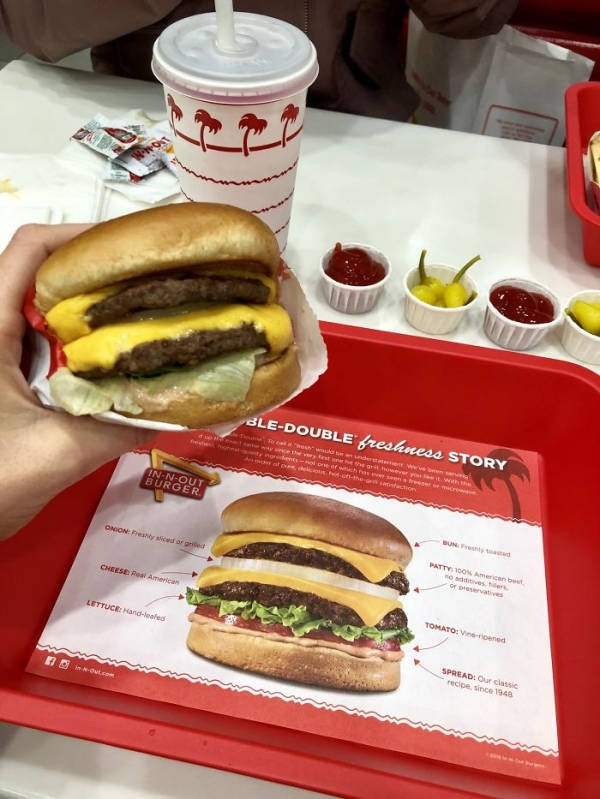 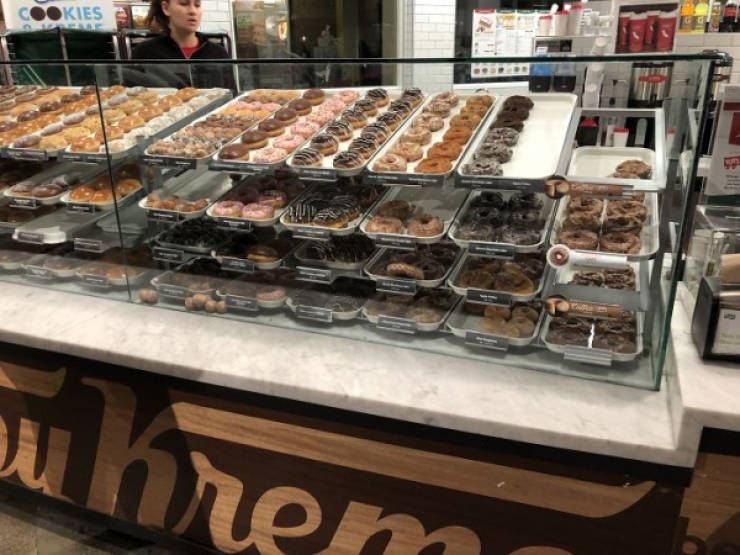 “McDonalds McGriddle. Only thing at American McDonalds that we don’t have back home. Probably won’t miss it either.” 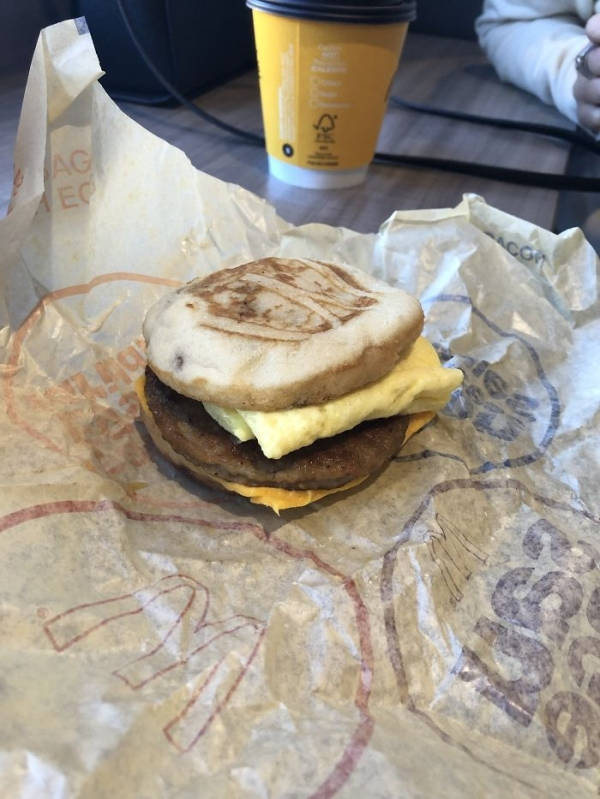 “Clam chowder from Boudin. Holy smokes this was a good lunch.” 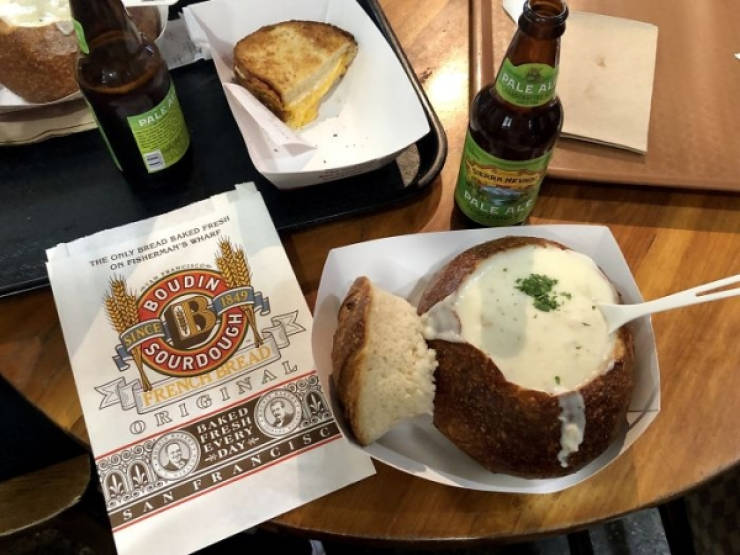 “Pizza at Tony’s. Something sausage. Yes I love pizza. Yes the reason I went to America was to eat Pizza. Yes this was an excellent pizza.” 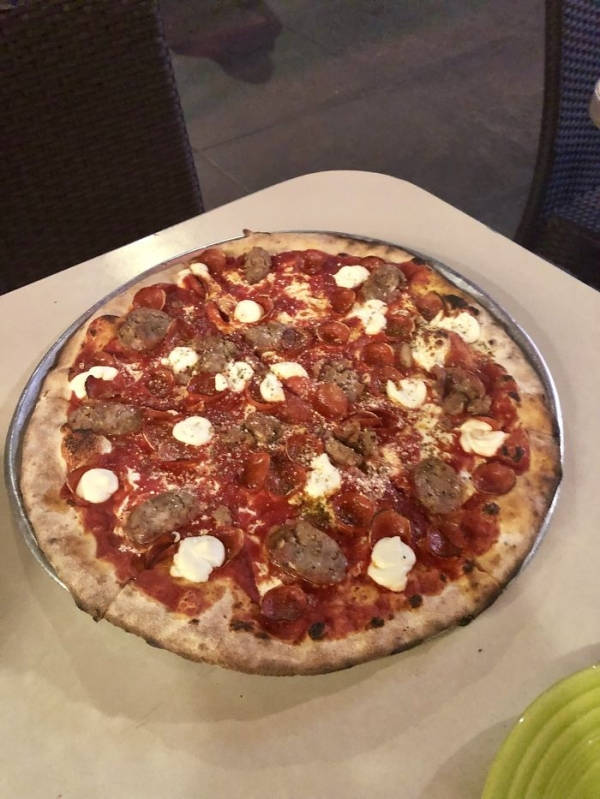 “Excellent Mexican in Sausalito. Almost fell asleep into my Taco due to jet lag.” 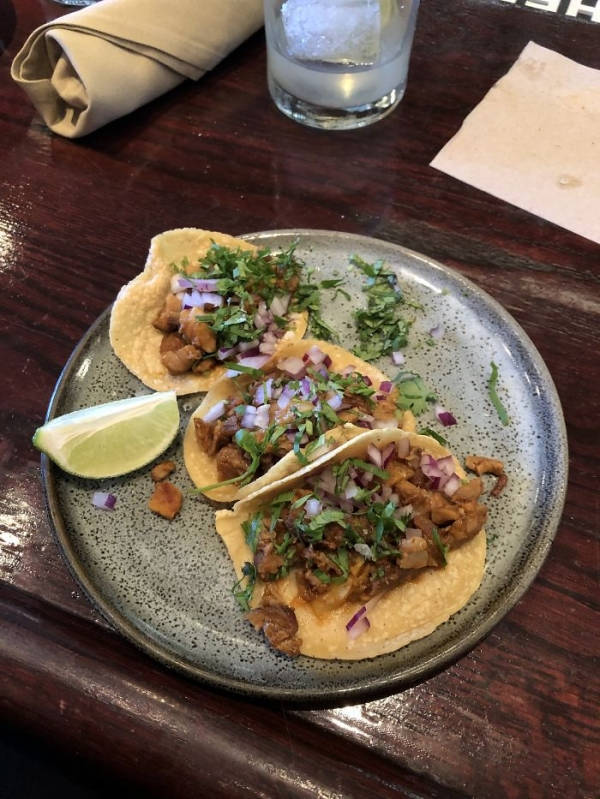 “Crab at pier 39. Not bad but Australia has some of the best seafood I’ve tasted so the benchmark was set high on this one.” 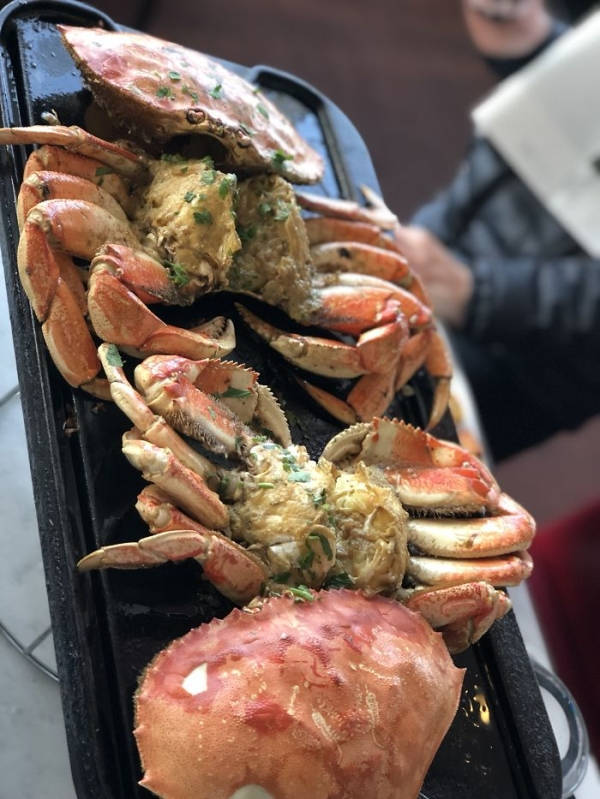 “Gyros for lunch in Redwood City. 10/10 would recommend.” 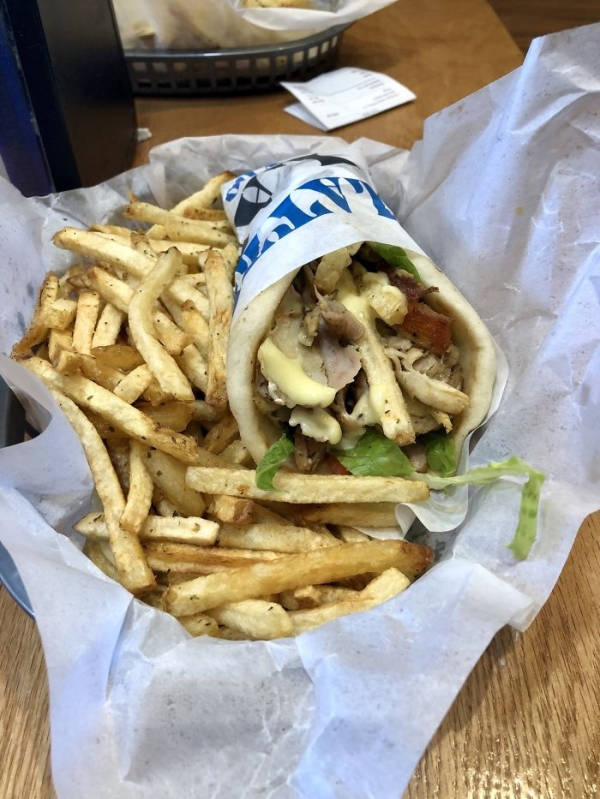 “Gosh America has the most exciting supermarkets I’ve ever seen. Flaming hot Cheetos are the hero in this photo. Bananas in the back for scale.” 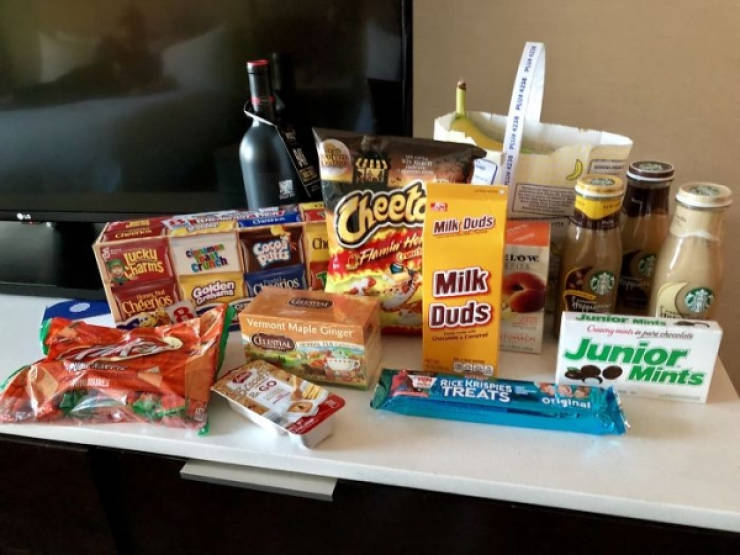 “Chinese from Uber eats. Was delicious and came in the first little Chinese takeaway boxes I’ve eaten from. More excited for this than I should have been. Also, coffee mate in the background, how am I going to live without you at the end of this trip?” 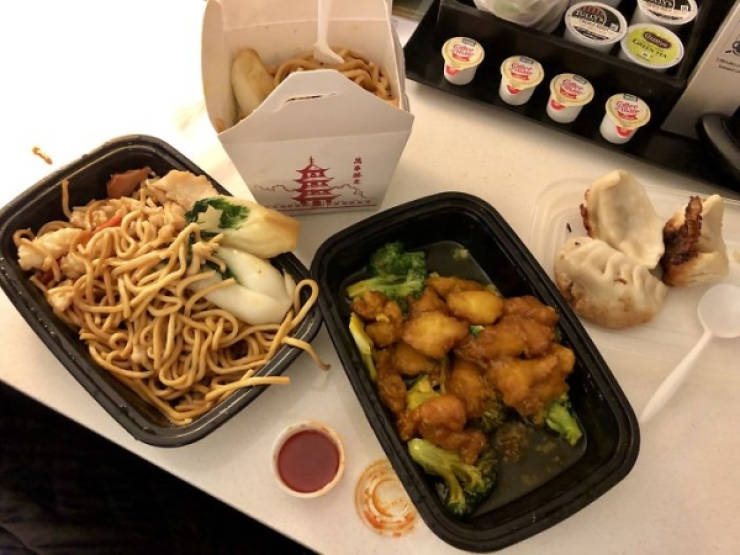 “Ok, I’ve read a lot of memes about Chipotle. Was expecting it to be good. Was not disappointed. Super tender beef. Delicious.” 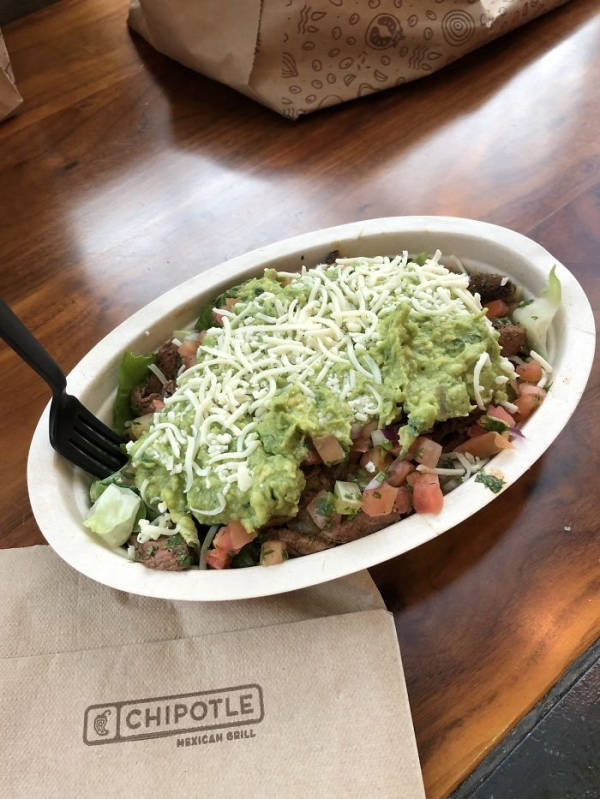 “Lunch from Wholefoods. Incredible selection of delicious take away food here. Catch up Australia, this place is too good.” 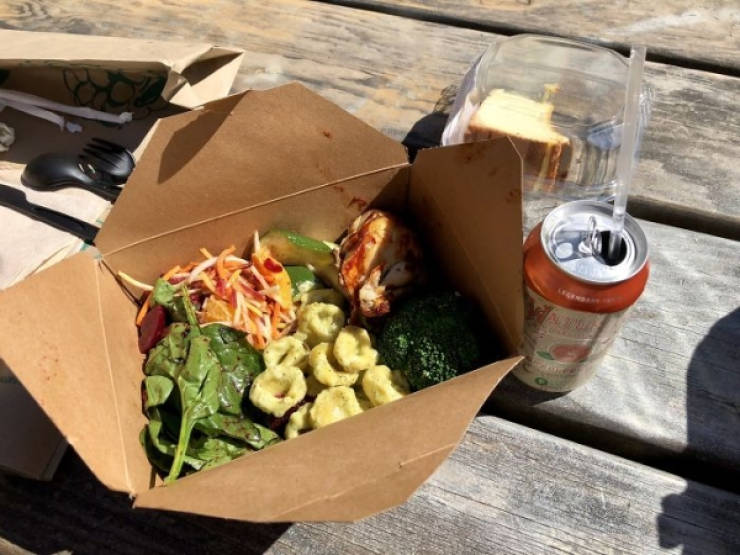 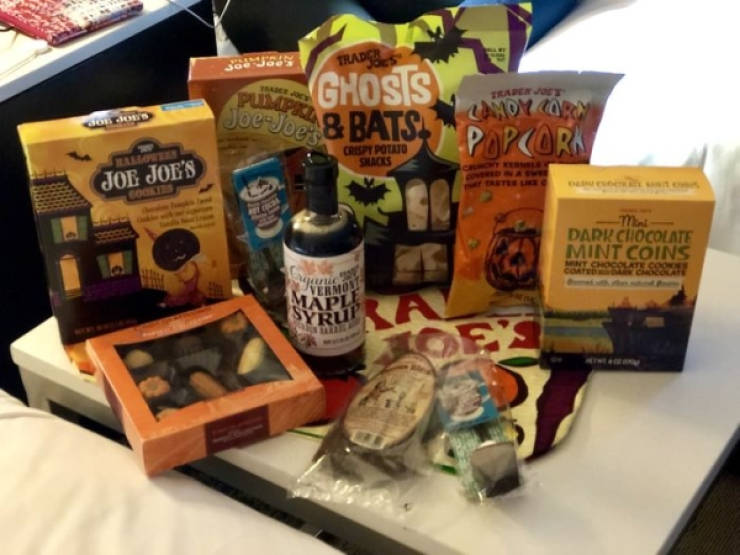 “Heard great things about Five Guys. Chocolate malt shake is the best I’ve ever had. Burger for me was insane. So much flavor.” 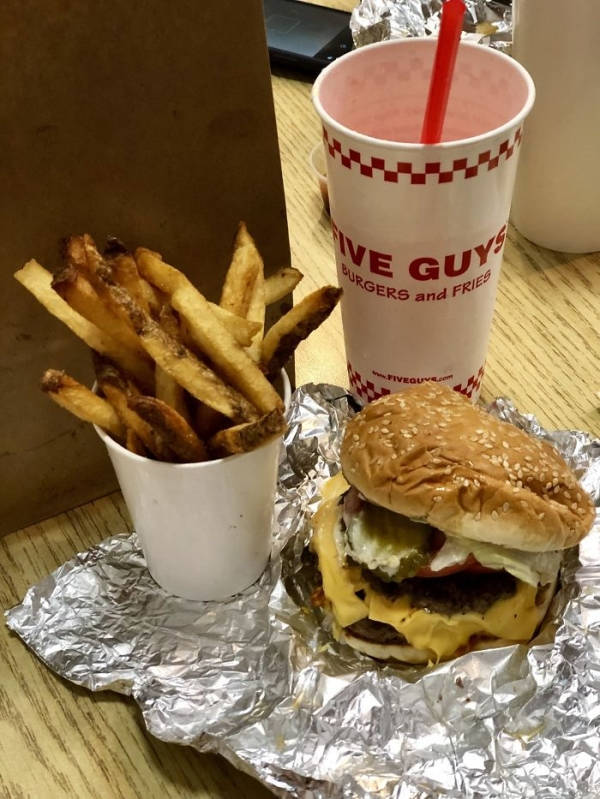 “Hands down, best pie I’ve ever eaten. Golden Boy pepperoni. I’ll dream about this pizza in the future.” 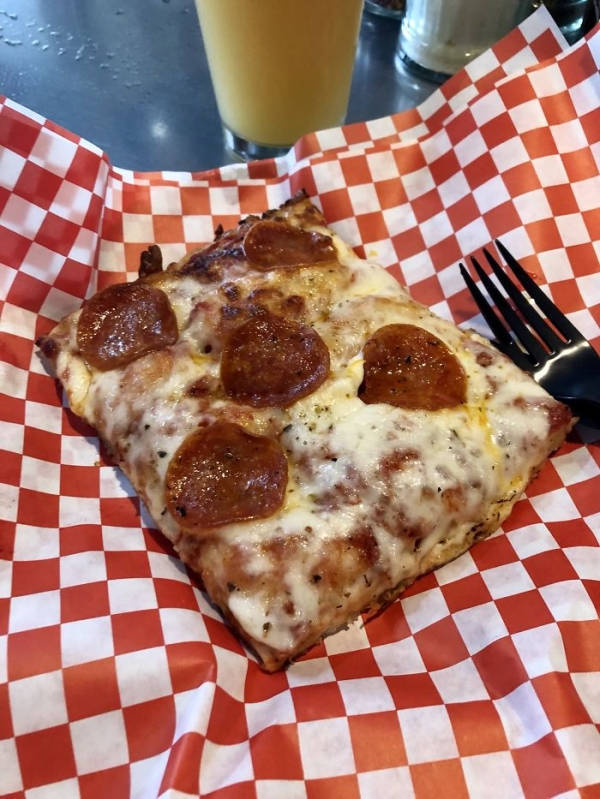 “Fortune cookies from Chinatown. Accidentally bought the ‘Adult’ version. That was some interesting reading.” 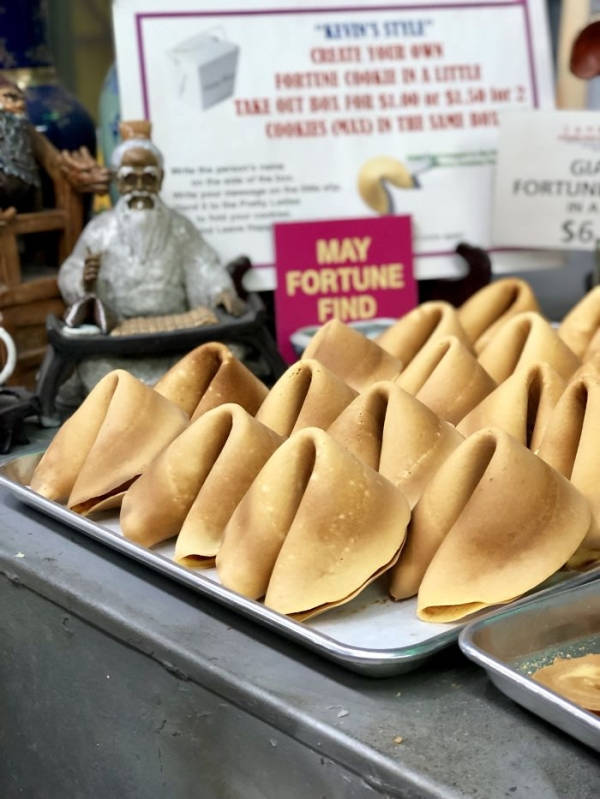 “First time trying biscuits and gravy. This was a roadside diner in the way to Yosemite. Couldn’t finish, I let the waitress down.” 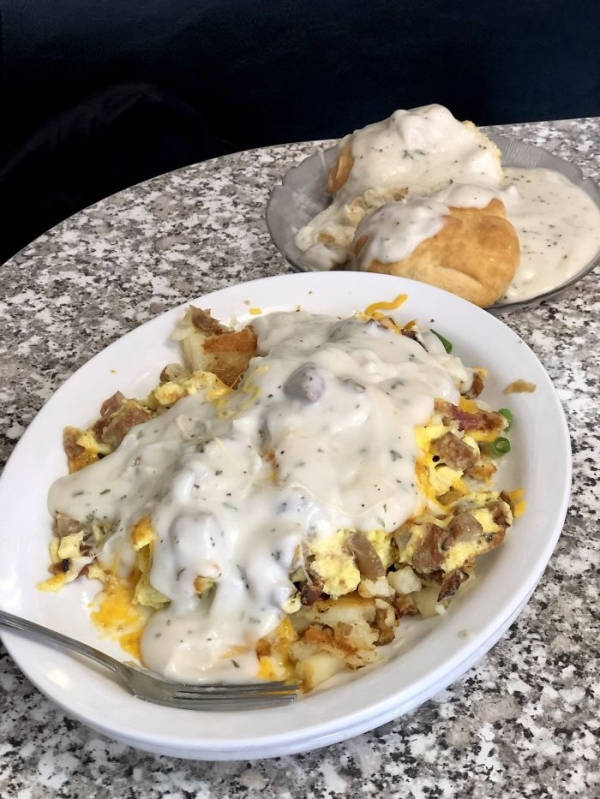 “Roast pork with green beans and mash. Biggest serving I’ve had yet in USA, I ate all of it.” 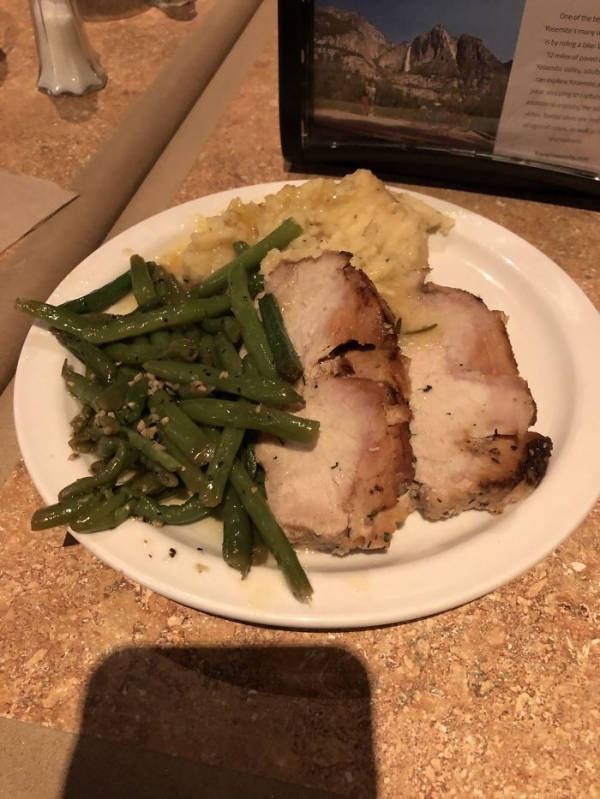 “In Australia we call this a Cinnamon Scroll. Was corrected when asked for one and told it was a Cinnamon Roll. I could have eaten 3 more of this delicious scroll/roll.” 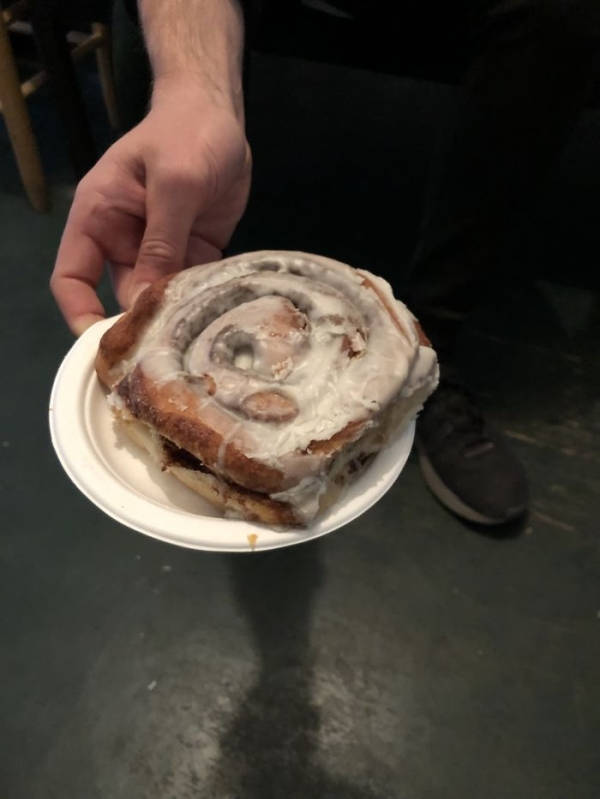 “Every one prepared me for American coffee being the worst. Drip coffee is now life. Oh and the Peets Pumpkin Lattes are also pretty good.” 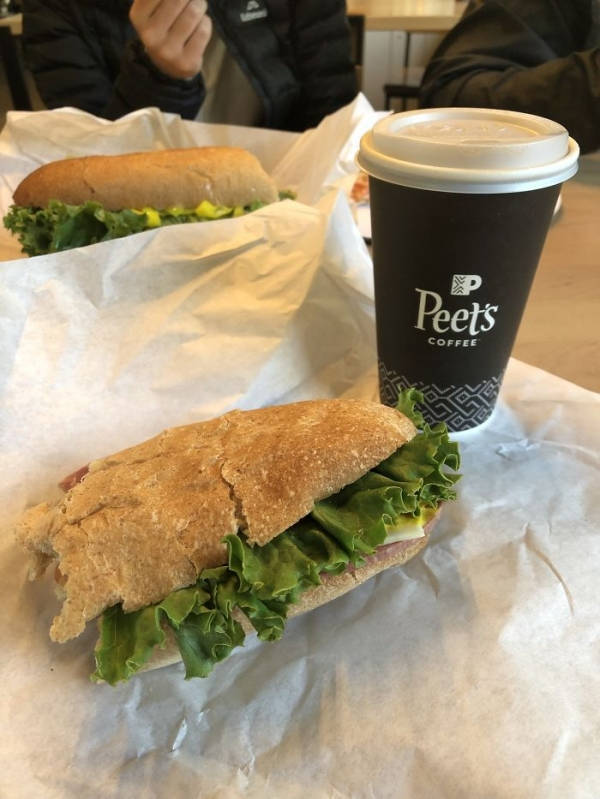 “My first USA pie. Pumpkin and Cherry. I’m filling my suitcase with puréed pumpkin just so I can recreate this back home.” 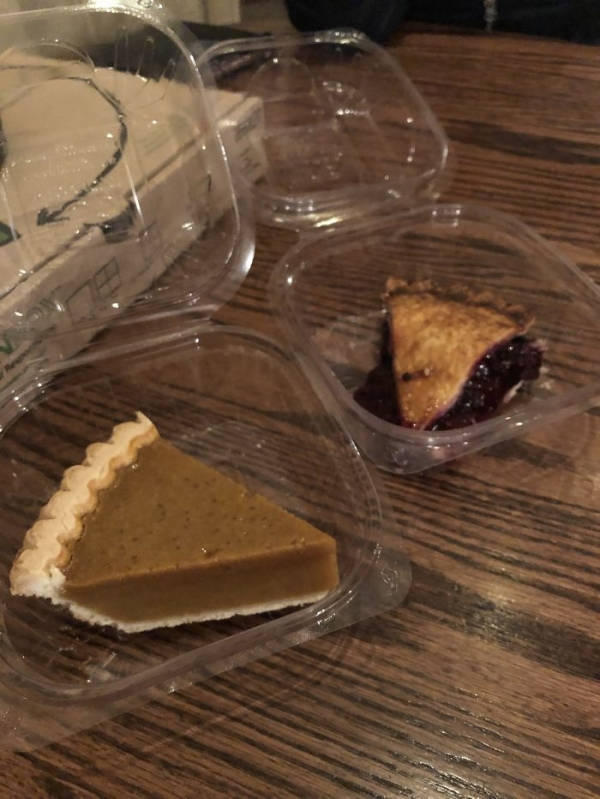 “First dinner in Las Vegas. Hells Kitchen scallops. Did not see Gordon but the head chef shouts at everyone in the kitchen so it’s just like he’s there really.” 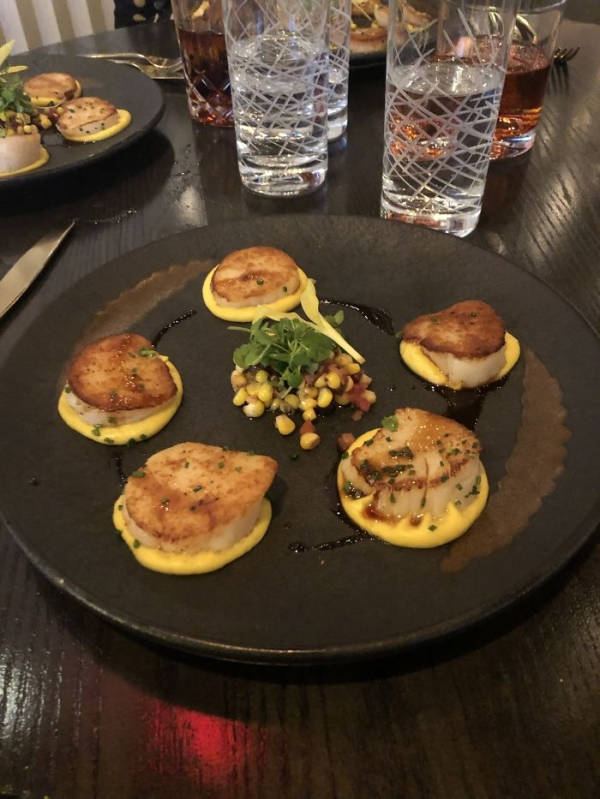 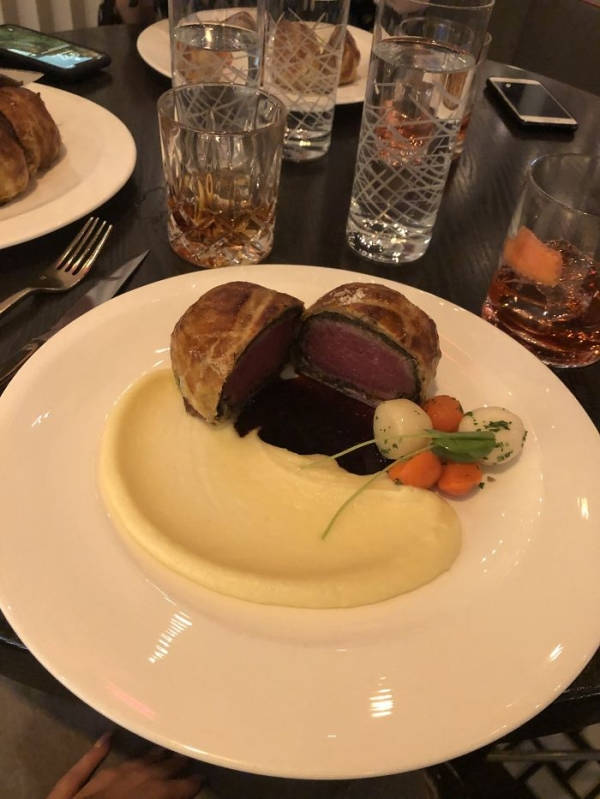 “Buffet at Bellagio. I went just for the melted butter in a bowl. Also tried crawfish boil for the first time. So many firsts.” 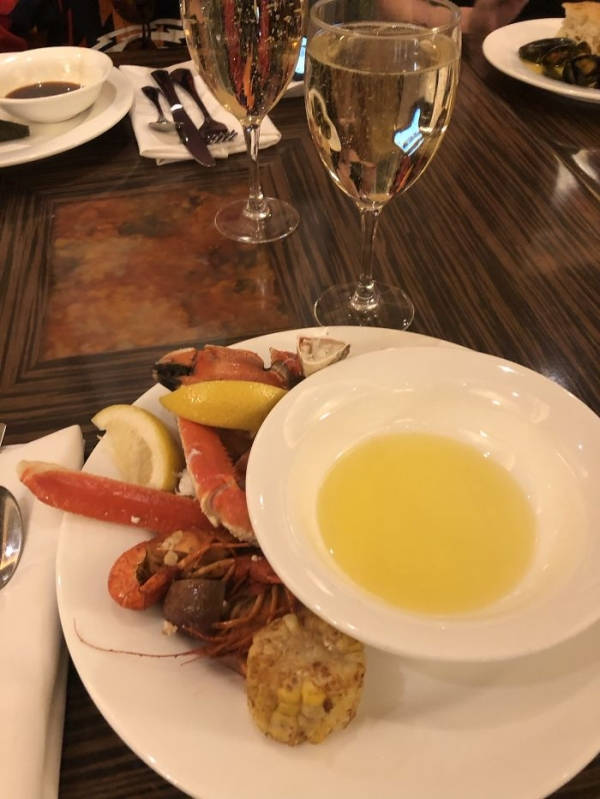 “Breakfast dounut from District Donut at The Cosmopolitan. Stay at this hotel. Order thiS breakfast. Don’t forget the glazed and cinnamon donuts as shown in background.” 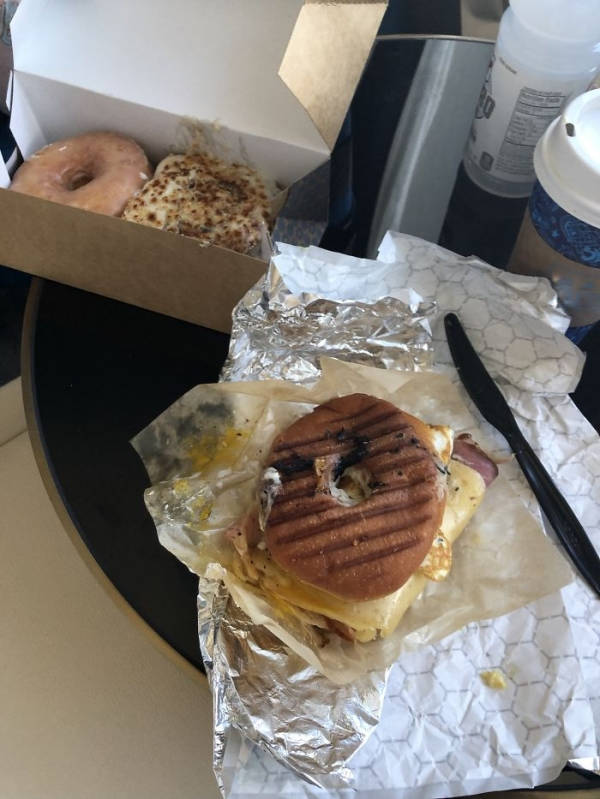 “Ruben sandwich from Italian deli in Santa Monica. Waiting in line 20 minutes for this sandwich. Worth it.” 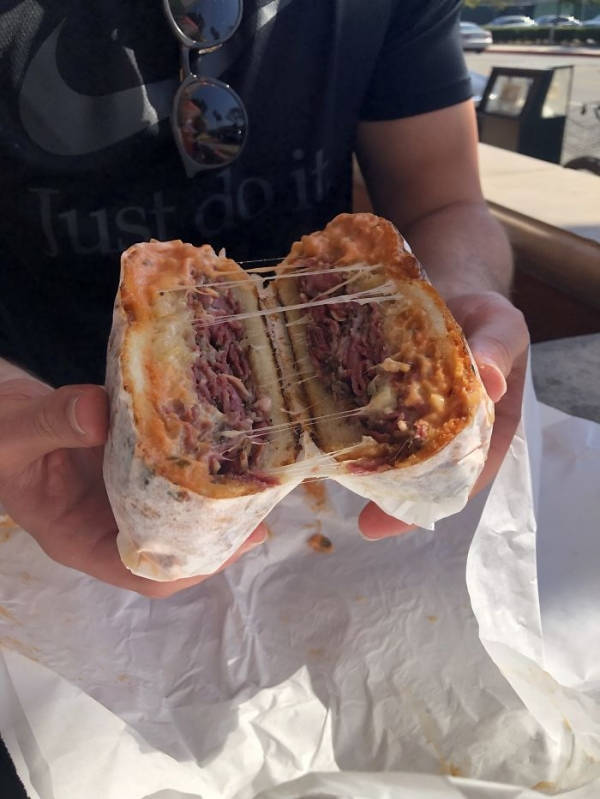 “First ever Chick-fil-A. Will make it life’s mission to ensure it’s not my last. Hands down, America you win at fast food. This was an absolute highlight lunch. Those waffle fries, catch up Australia!!!” 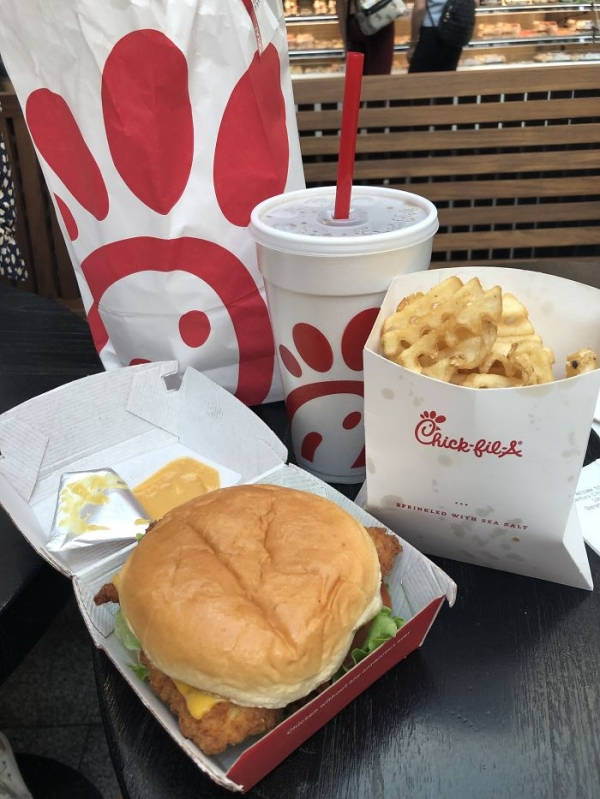 “Chicken in downtown LA. Why oh why does nothing in Australia come with a side of pickles?” 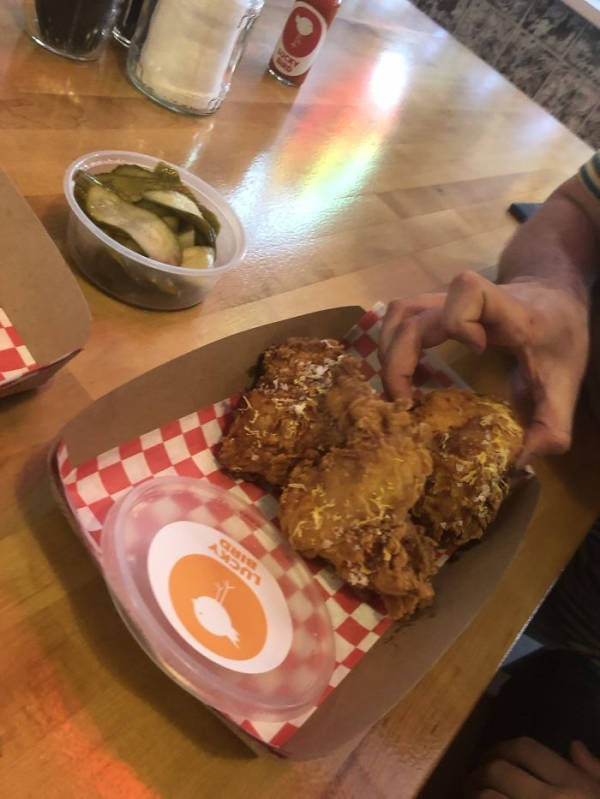 “Could not leave the Golden State without going on on a bang.. double double with animal sauce. I’ll miss you In-N-out burger.” 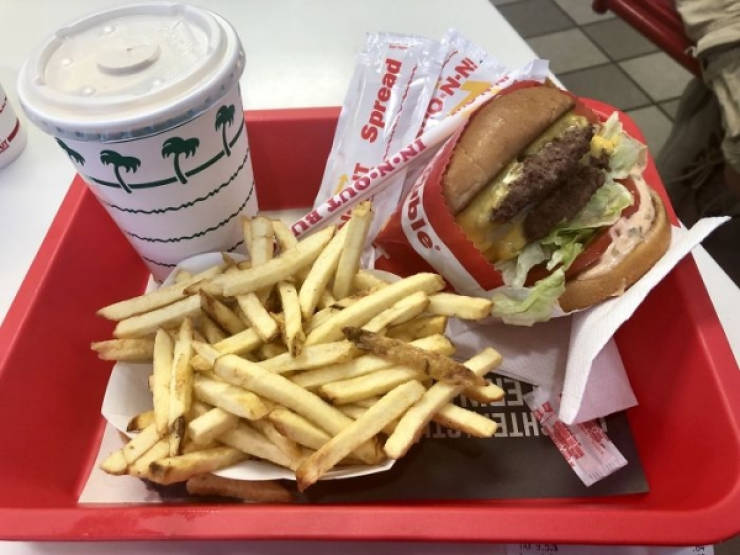 Close 7 month s ago
I am now insanely hungry...
Reply
8

It was awesome to read somthing not full of hate and criticism!

House 7 month s ago
food must be really bad in Aussieland if she did that...
Reply
2

Solution 7 month s ago
Chick-fil-A is the bomb. Simple but for some reason so good!
Reply
0