Hollywood Celebs Who Disappeared From Under The Spotlight (14 pics) 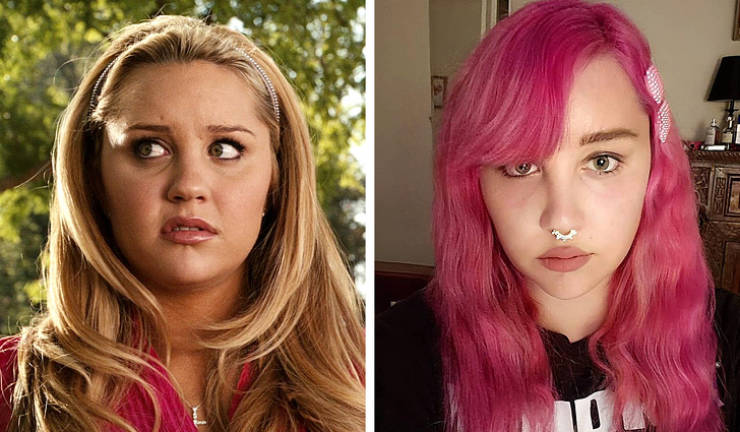 Amanda Bynes started her career at the age of 7 and she became a real TV star very soon afterward. After she appeared on the big screens in the comedy film She’s the Man, everyone thought she had a big future ahead of her. Later, she played many roles in romantic comedies, and also she took 46th place in the Hot 100 by Maxim.

And then, some strange things started to happen to the star: there were more and more pieces of news in the tabloids about Bynes drinking too much alcohol and taking drugs.

Last appearance: In 2010 in Easy A. Since then, the actress has gone through rehab in a special center and even entered design school. Now, Bynes is 30 years old and she isn’t planning on building a career in show business. She wants to continue her education and career in the fashion industry. 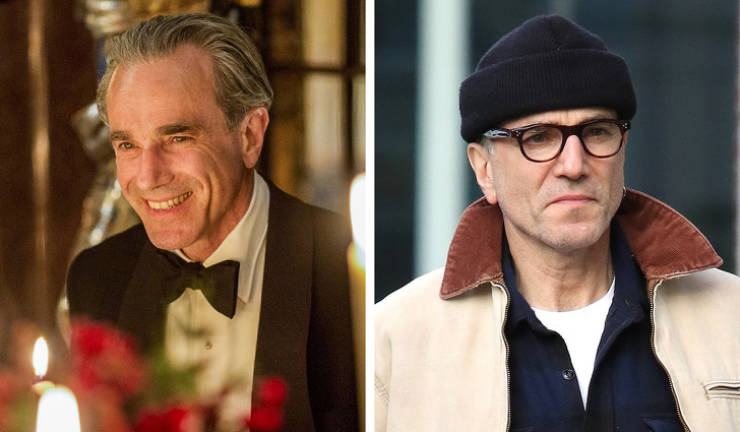 Daniel Day-Lewis is the only actor in Hollywood history to have won an Oscar for Best Actor 3 times. Journalists often call him one of the greatest actors in history. However, Daniel Day-Lewis has taken breaks in his acting career and sometimes they’ve lasted for years. At some point, he even went to Italy and worked there as a shoemaker.

Last appearance: In 2017 in the drama Phantom Thread. After the shooting process, the actor claimed that he was going to leave the movie industry for good. At the moment, Day-Lewis lives a very calm life, he almost doesn’t give any interviews and he is into woodworking. 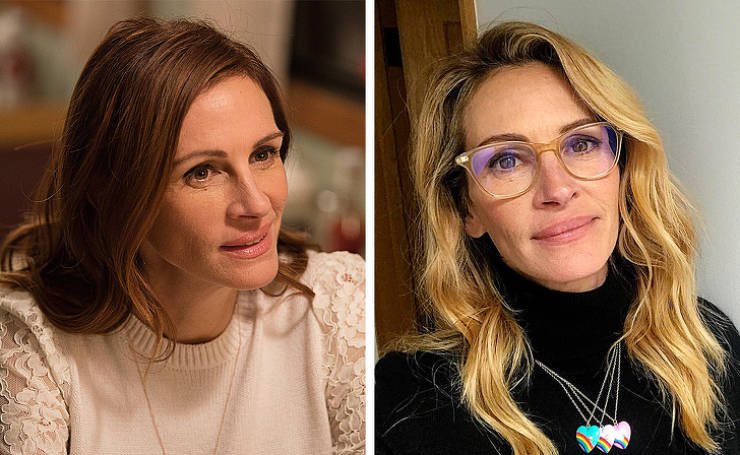 Julia Roberts has always been especially good in romantic roles. Almost every year, there were super popular films with her and everyone thought that she would continue to do these projects forever. But Julia’s last role in a romantic comedy was in 2016.

Last appearance: In 2018 in Wonder and Ben is Back. In both films, she played the mother of the main characters. Recently, Roberts gave an interview and said that she wasn’t going to do any romantic comedies anymore because she felt that it was inappropriate at her age. Today, the star is intent on spending most of her time working in television. 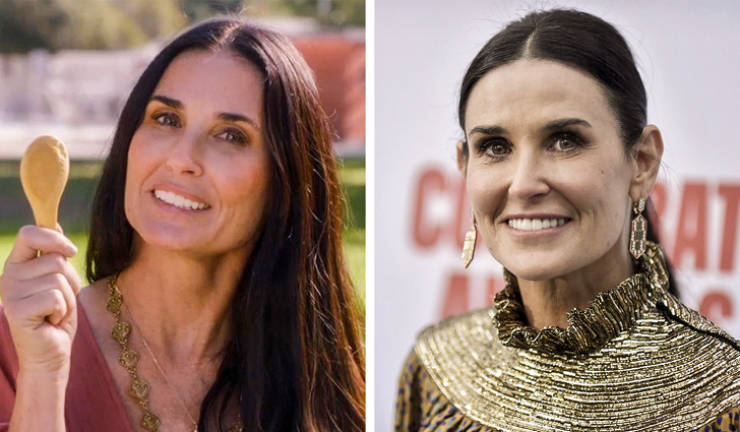 The star of Striptease, Indecent Proposal, and G.I. Jane was believed to be one of the most beautiful women in Hollywood. But today, we haven’t had many opportunities to see Demi Moore on the big screen.

According to her recently published autobiography, where the actress told the readers about her life, at some point she got addicted to alcohol and sedatives. Fortunately, Moore completely recovered in a rehab clinic and nothing is threatening her health at the moment. 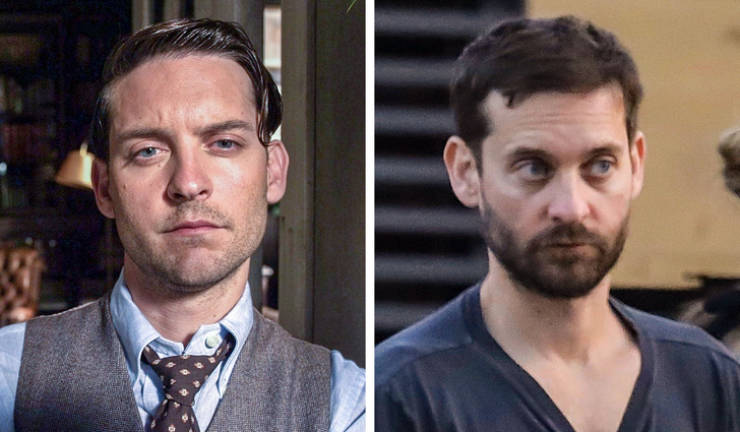 The actor became widely popular thanks to his role in the superhero trilogy about Spider-Man that was followed by a few other successful films. But then, this actor that was very popular in the past, wasn’t in the spotlight anymore. It was all because of his difficult character. Back in the first Spider-Man film, Maguire refused to do some stunts and criticized the script. Besides, at some point, there was a rumor that he got addicted to alcohol and gambling. So, the third part of Spider-Man got a lot of negative reviews.

Last appearance: In 2015, in Pawn Sacrifice, but it didn’t help his career much. Later, the ex-Spider-Man only took part in The Boss Baby. 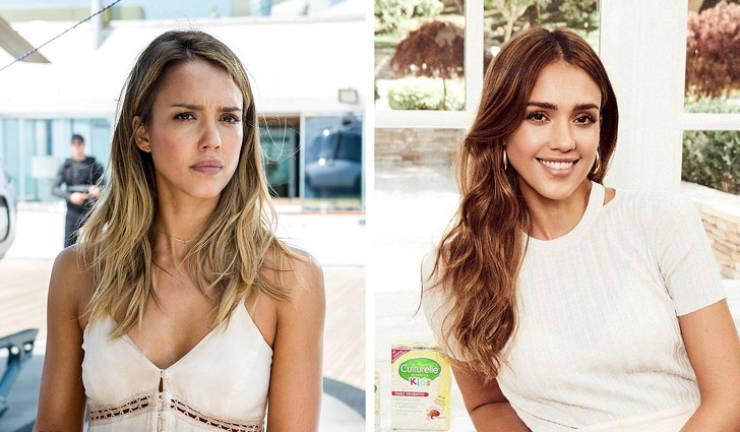 The career of the beauty, Jessica Alba, started back at the end of the 90s, but she became really popular after she was chosen from 1,200 candidates by James Cameron to play the leading role in the sci-fi TV series Dark Angel. Later, Alba played the main roles in super popular blockbusters like Sin City and Fantastic Four and also in some successful romantic comedies. This seemed to be just the beginning of a great career for her.

But after the actress got married and had 3 children, she stopped doing so many films and she refuses most of the offers she gets. Several years ago, Alba founded The Honest Company that produces beauty products, non-toxic detergents, and products for the home.

Last appearance: In 2016 in Mechanic: Resurrection. 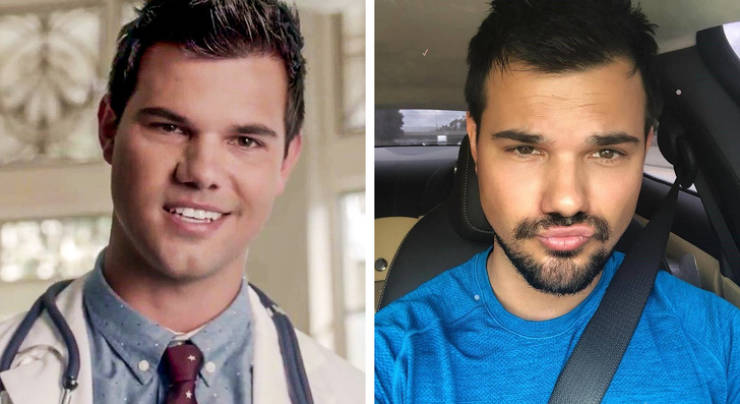 Even before he took part in the Twilight Saga, Taylor Lautner appeared in the teenage sci-fi action film The Adventures of Sharkboy and Lavagirl 3-D. But, of course, he became extremely famous after his role as Jacob in the Twilight series.

Unfortunately, after this role, his career didn’t continue to develop. There were rumors among his colleagues that he got star-struck and asked for too much money for his work. And all of the successive films with Lautner were complete failures at the box office. In the end, some critics even named him one of the worst actors of his generation. This is probably why, in the past few years, Lautner has been busy with his personal life instead of filming.

Last appearance: In 2016 in the TV series Scream Queens. 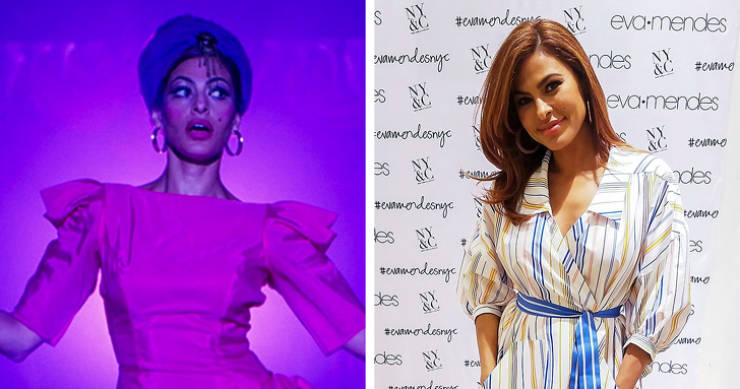 We have to say that before Eva Mendes met Ryan Gosling, her career was developing quickly. She started with doing music videos and commercials, but she truly got popular after the film Training Day. And after that, the actress was offered serious roles in other interesting projects like: Hitch, Ghost Rider, Last Night, and many others.

But it all changed in 2011 when the actress got married and had 2 daughters. Since then, Eva doesn’t appear in movies much because she spends all her time with her family. In her interviews, she says that she enjoys her role as a mother and that she is truly happy to spend time with her children. And she is also interested in fashion and has her own line of clothing. 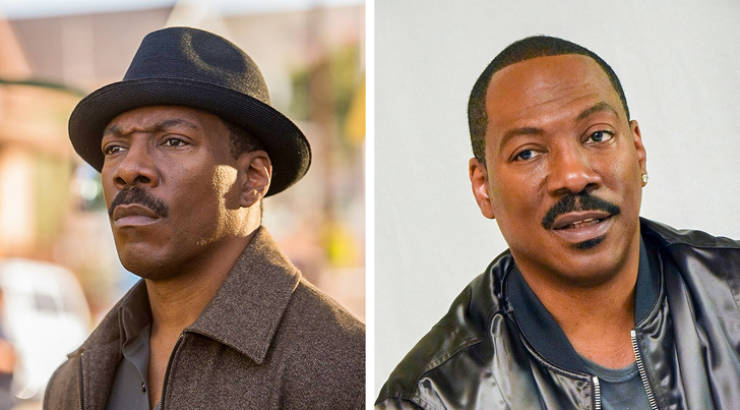 This stand-up comedian that became an actor was incredibly popular in the 1990s and the beginning of the 2000s. Everyone knew him because he did an amazing number of comedies: Holy Man, The Nutty Professor, Doctor Dolittle. But what happened after that? In 2010, Eddie got the Golden Raspberry for Worst Actor of the Decade for his work on several films. In addition, 2 years later, Forbes named Murphy the most non-profitable and overestimated Hollywood star.

After that, the actor stopped doing films almost completely. He made an attempt to return on the big screen in 2016 when he did Mr. Church but the film got negative reviews from the critics. 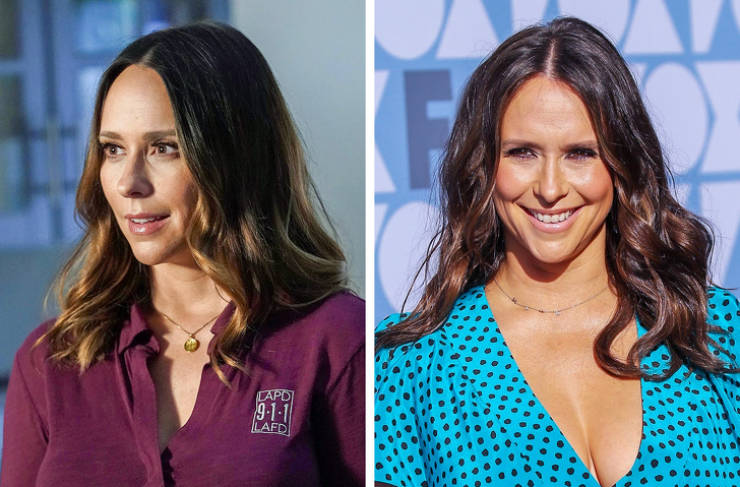 The first-ever project this actress did was the teenage horror film I Know What You Did Last Summer. And her true success came when the film Heartbreakers was released. Since then the actress was very popular and mostly, she worked on comedies and TV series.

But at some point, Hewitt disappeared from the spotlight. Soon, the star got married, had 2 children, and decided to take a break from her career. Besides, after her second pregnancy, she put on some serious weight. 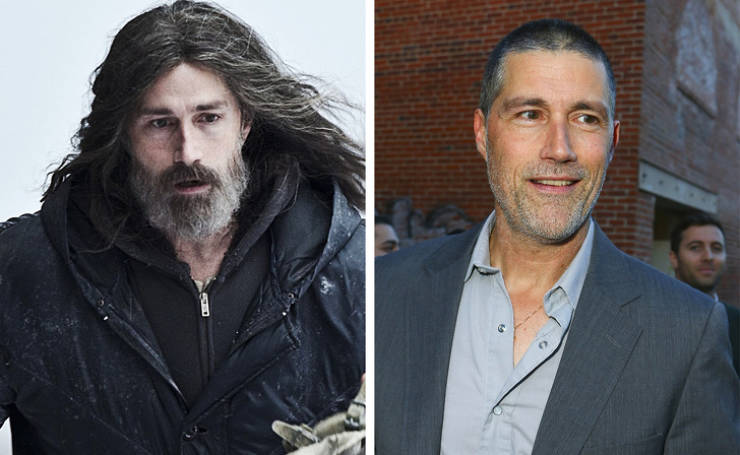 Fans remember Matthew Fox as the main character on the iconic show Lost. Along with that, the actor also did some other projects. But after Lost was finished, Fox claimed that he was going to leave television, because the show had taken too much time from him.

The actor started playing in the theater and got interested in flying light planes. But after that, he returned to movies, he played in Alex Cross, and the war drama, Emperor, but both films were not very successful. However, Fox was offered a role in World War Z, but the producers removed almost all the scenes with him. After that, his career has been on the decline.

Last appearance: In 2015 in the post-apocalyptic film Extinction that was a failure at the box office. 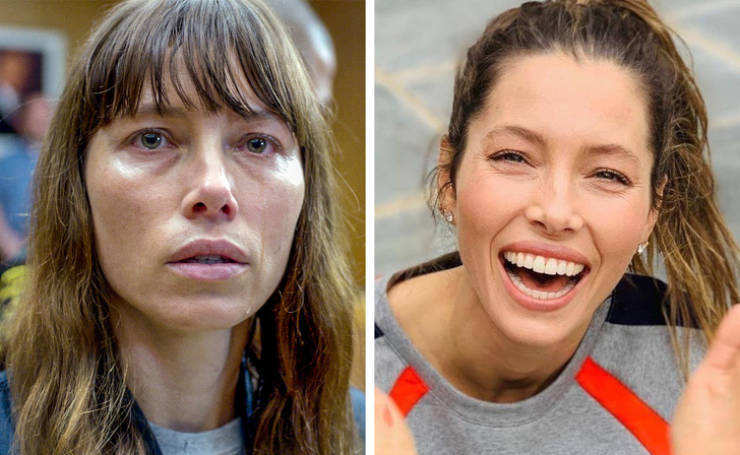 Jessica Biel became famous after her role in the drama series 7th Heaven. After that, she did films like Rules of Attraction, The Texas Chainsaw Massacre, and Blade: Trinity. She was very successful after she starred in The Illusionist together with Edward Norton. After this film, she was offered a lot of big roles with other stars.

But at a certain point, Biel started to appear on the big screen less often. There were several reasons. First, she decided to start producing films. And second, in 2012, Biel got married to Justin Timberlake. 3 years later, the couple had a son and Jessica decided to devote more time to her family and less to her career. 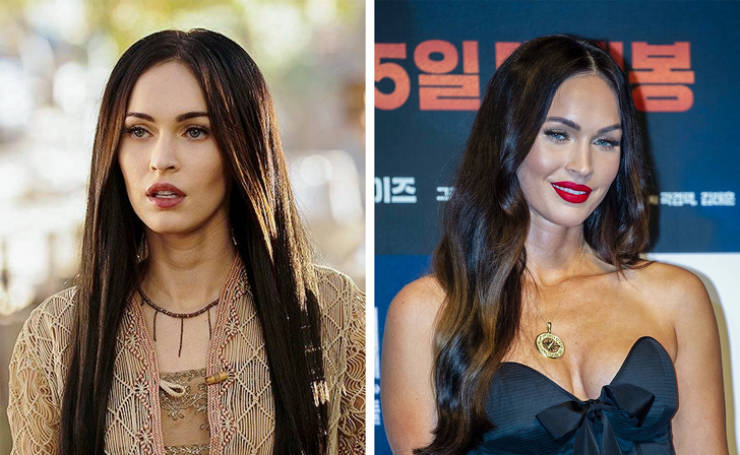 Here is another Hollywood beauty that doesn’t appear on the big screen as much as she used to. She started her career in TV series, but became truly famous after the blockbuster Transformers. Then, she was named one of the main sex symbols of Hollywood. And her following projects were not as successful. Besides, after working on Transformers, she earned herself a reputation as an actress that causes a lot of conflicts and it became known that the producer of the third part of the franchise fired her after she said some bad things about the director of the film.

In 2010, Fox got married and she has not been seen on the screen as much. The biggest project she has done recently was probably Teenage Mutant Ninja Turtles. Today, the actress is raising 3 sons and rarely takes part in movies.

Last appearance: In 2018, Fox took part in the James Franco project Zeroville that went completely under the radar. 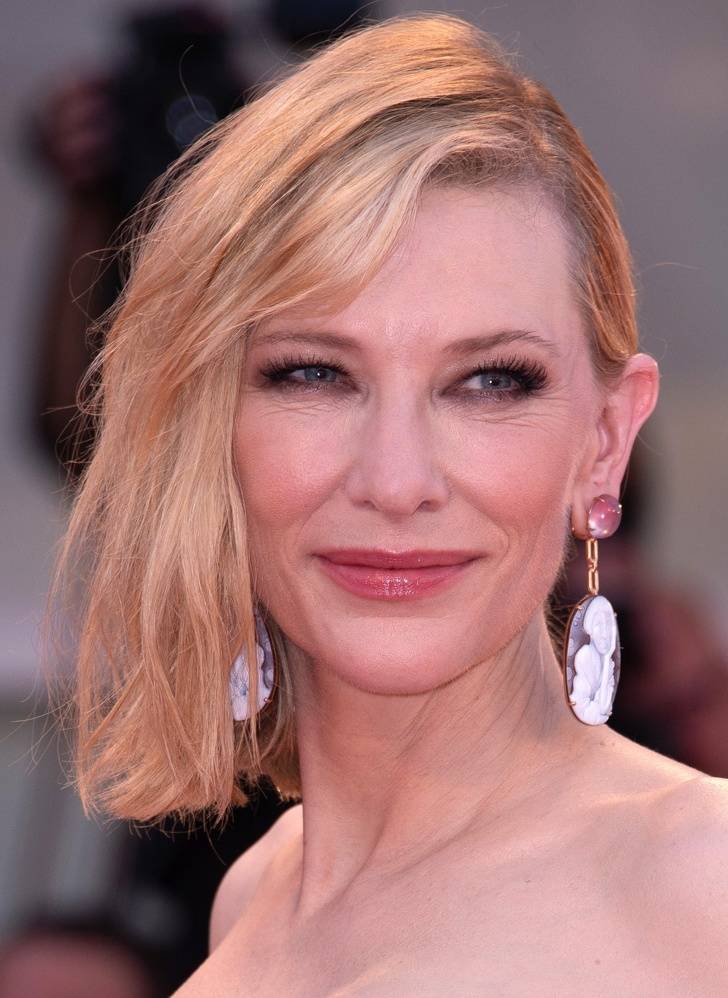 It seems that soon, one more star will appear on the list of actors that don’t appear on the big screen anymore. In her recent interview, Cate Blanchett said that she was going to finish her acting career, “It’s time for me to stop. Totally. Absolutely.” The main reason why she is leaving is her age and the fact that she is tired of the world of show business. However, the fans of Cate Blanchett still holding out hope: In 2020, 2 big projects with the actress will be released — the film Nightmare Alley by Guillermo del Toro and a mini-series called Mrs. America.

Stronger 1 year ago
Hey izismile mile, most of these actors are still active is acting. They may have moved to a smaller screen, do better research.
Reply
0

Bookmark 1 year ago
Cate Blanchett???
So, I am sure she is still on
Reply
1

Treasure 1 year ago
#6. Forbes said Jessica Alba's net worth in 2016 was $340 million, thanks mostly to the company she founded. So, yeah, she's getting by.
Reply
0

Limited 1 year ago
Actresses age in dog years... most of them are stars then gone in a decade, as they can't play the young beautiful love interest anymore, and there are far fewer roles for older women, and those go to the GOOD actresses.
Reply
-4

David1959 1 year ago
Who cares. They should all disappear.
Reply