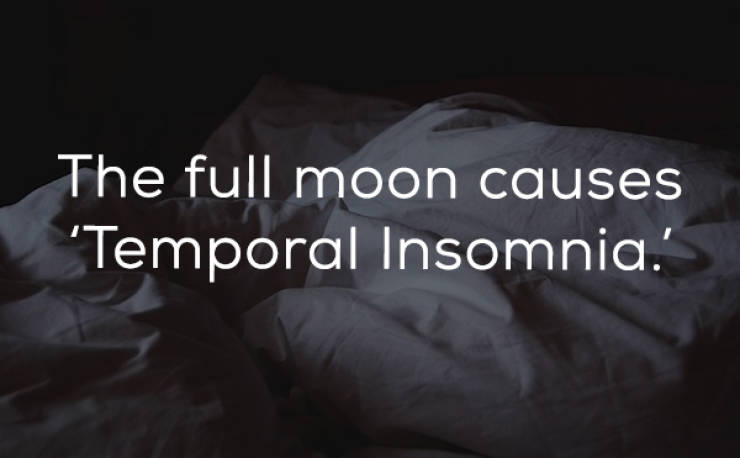 FALSE: It was once believed that the full moon was so bright it could cause you to lose sleep in historical times.

Maybe it was a thing then, but now, with all the screens and devices we all use before bed, that’s not necessarily true. 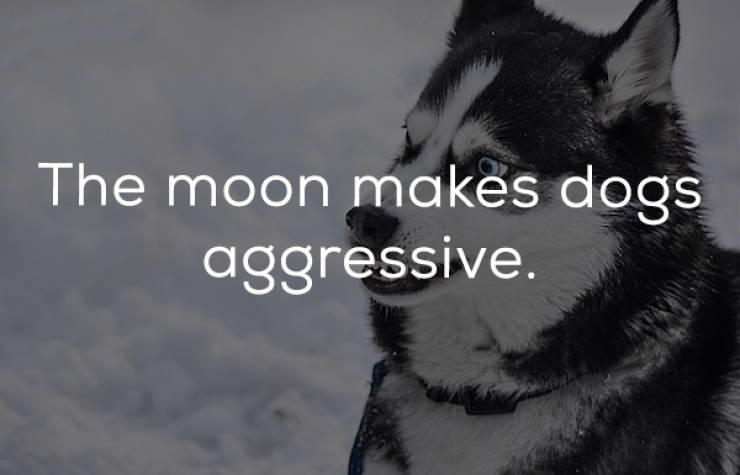 FALSE: While dogs are known to howl more during the full moon, it’s never been definitively proven that dogs and other animals go crazy at that time; no uptick in animal services calls, or reports of more bites or scratches. 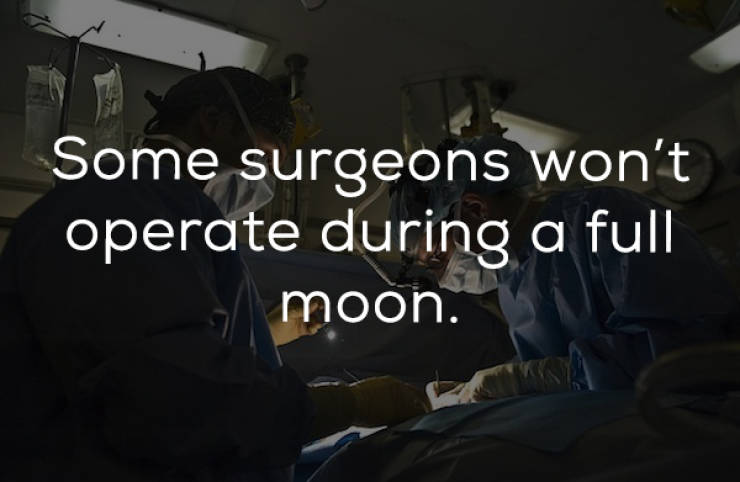 FALSE: It was once claimed that surgeons believed that there was a worry that patients would lose more blood during this phase of the lunar cycle. 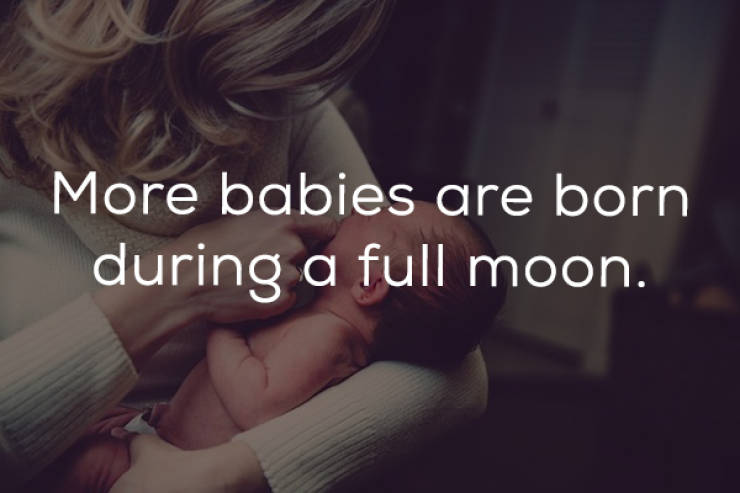 FALSE: It’s a common superstition, but there’s no scientific proof that that more babies are born on this night, than any other night.

The same goes with fertility and being more ‘fertile’ during the full moon. Studies have disproven any relationship 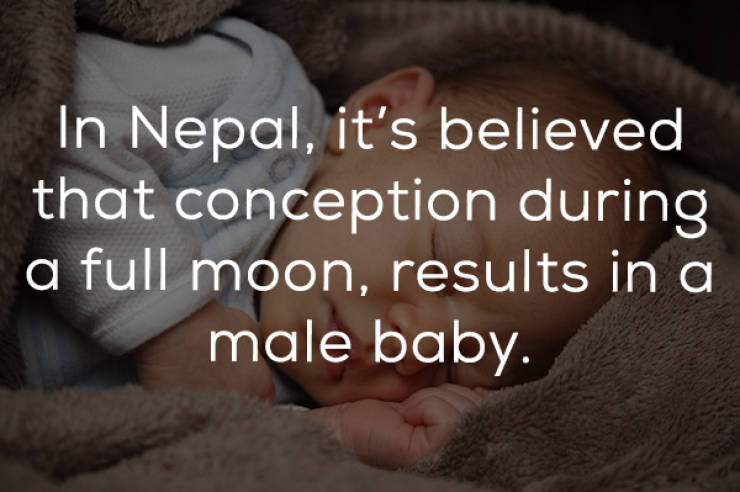 NOT TRUE: I can’t say this is definitively false, but there was a study that found what women who’s ovulation and pregnancy coincided with the full moon, were more likely to produce male babies.

More likely is just statistical mumbo-jumbo saying that it’s happened more times than not, but they can’t really prove it. 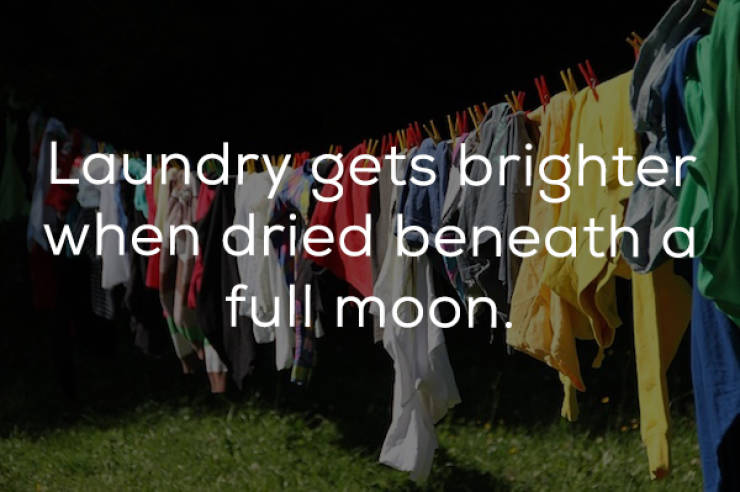 FALSE: According to ancient beliefs, hanging your laundry outside during a full moon, made your whites brighter, just like bleach would. 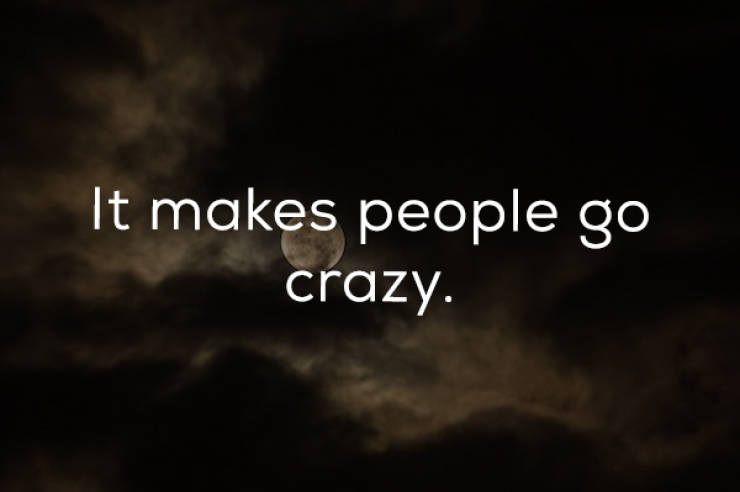 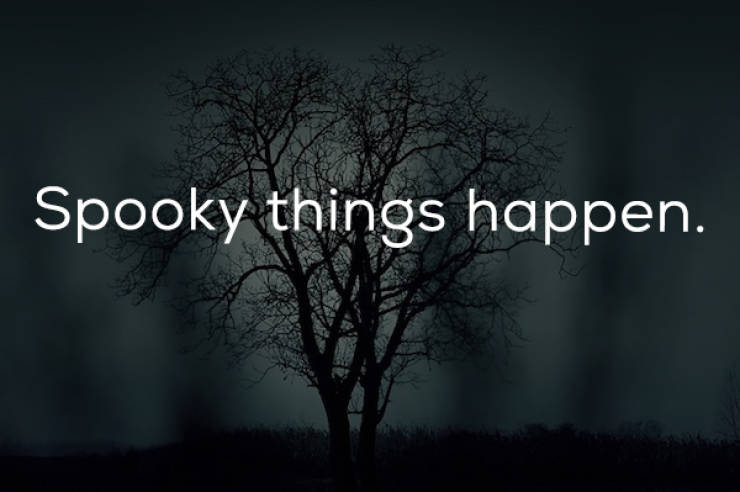 FALSE: This is something called ‘confirmation bias.’ We’re told that spooky things happen, so we’re more aware and hypersensitive during the full moon, and thus, we notice things more. 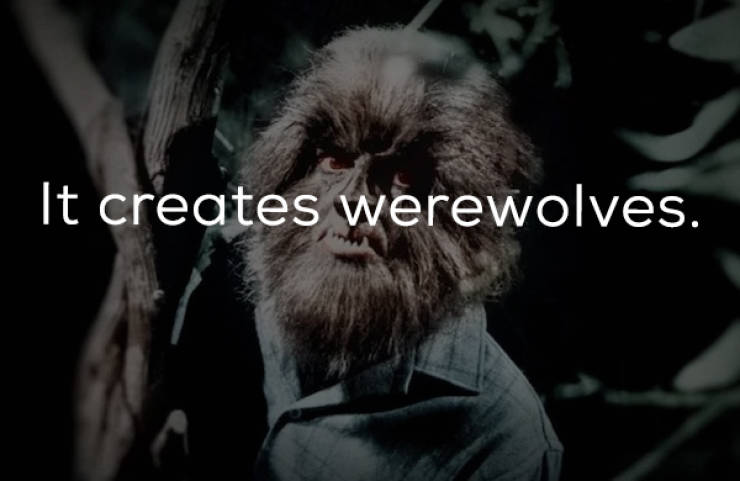 BLATANTLY FALSE: We all know that there are no such things as werewolves.

Hairy people, sure, but humans that transform into bipedal wolf/human hybrids don’t exist. 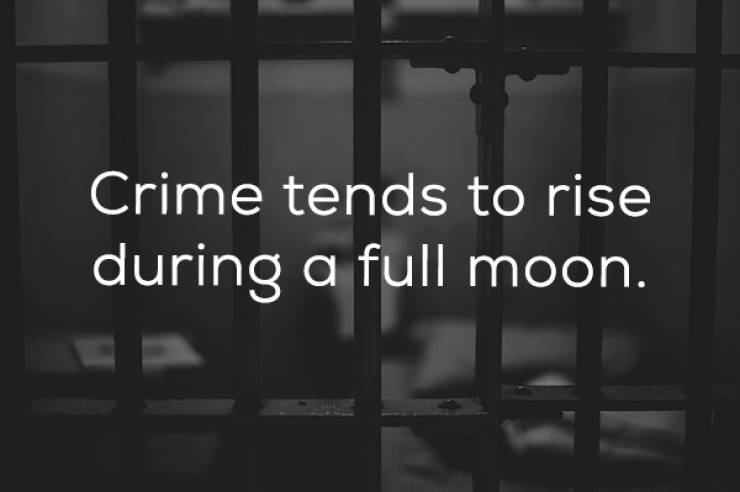 TRUE, TO AN EXTENT: A study from the 80’s suggested that the rate of criminality is increased due to ‘human tidal waves’ caused by the gravitational pull of the moon. Except, crime doesn’t really increase, so that part’s not so true.

The truth lies in the moon’s impact on us. We are 70% water, after all. So there’s some truth to the gravitational bit.

But, then again, the same tidal forces are working during a new moon, but we just can’t see it. And yet, less criminal activity. 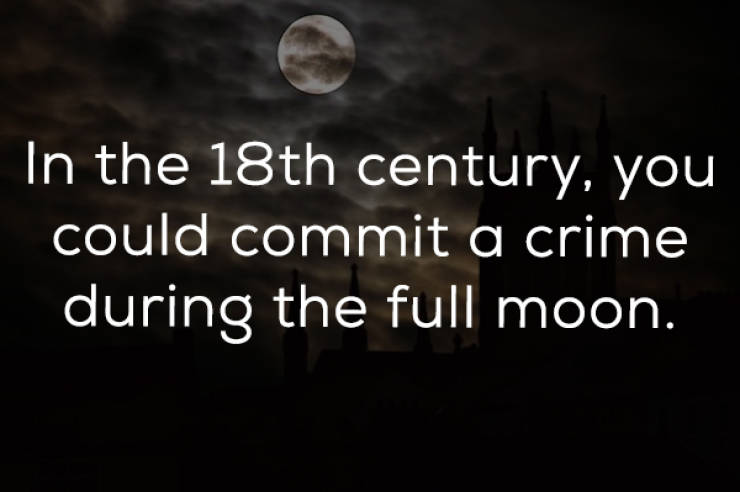 TRUE: If you were on trial for a murder that was committed during a full moon, you could plead insanity or ask for a lighter sentence, because of ‘lunacy.’ 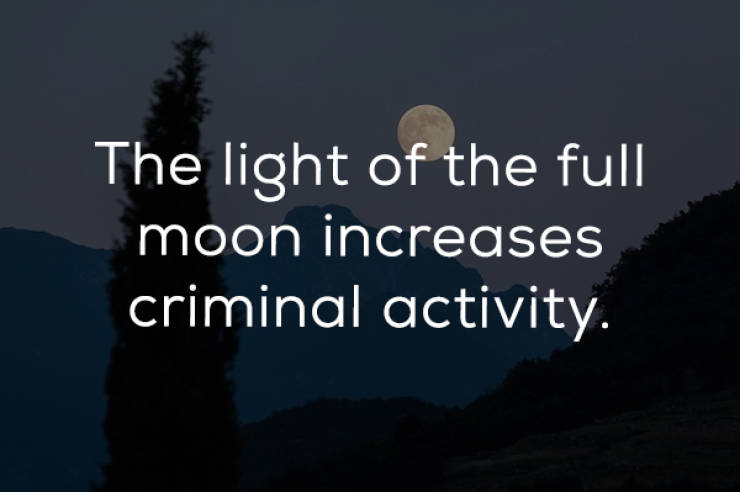 TRUE: There was a belief that throughout history, once the sun went down, due to the absence of electricity and things like gas lights, no one did anything after dark.

Except when the moon was full. Then you could see enough to commit a crime, or witness one. 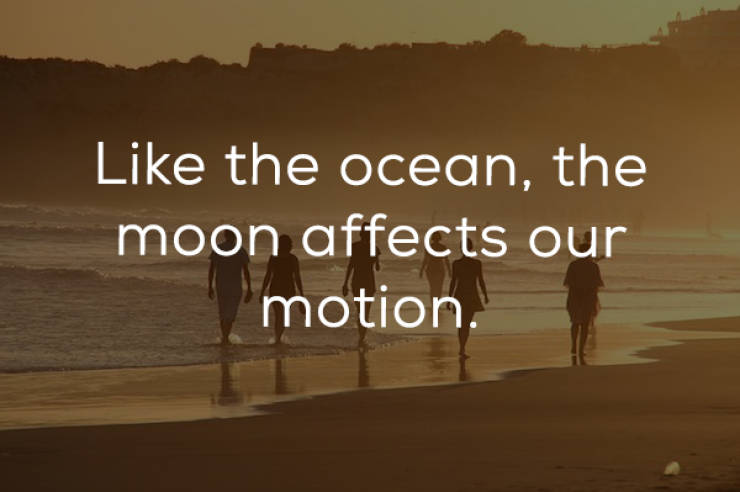 TRUE: It’s a romantic notion, but like previously mentioned, the moon can affect large bodies of water, so it stands to reason, it’s moving us too. 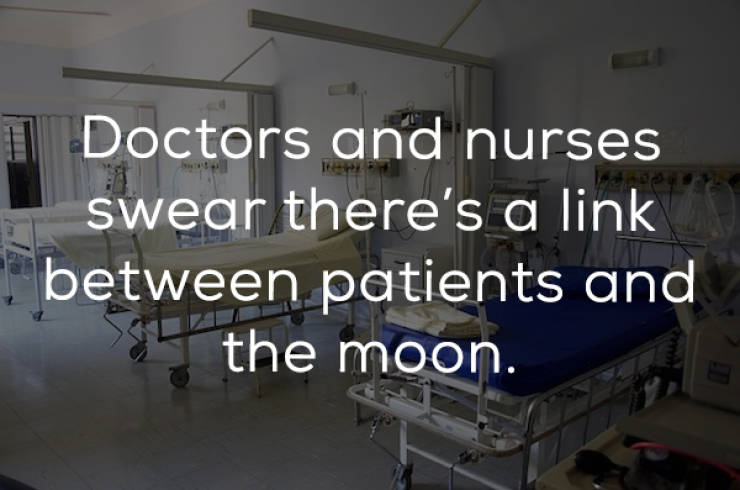 FALSE: There’s no definitive, scientifically-proven link between a full moon and mental states. And yet, doctors and nurses will swear that more [email protected]#t happens during a full moon, than any other day. 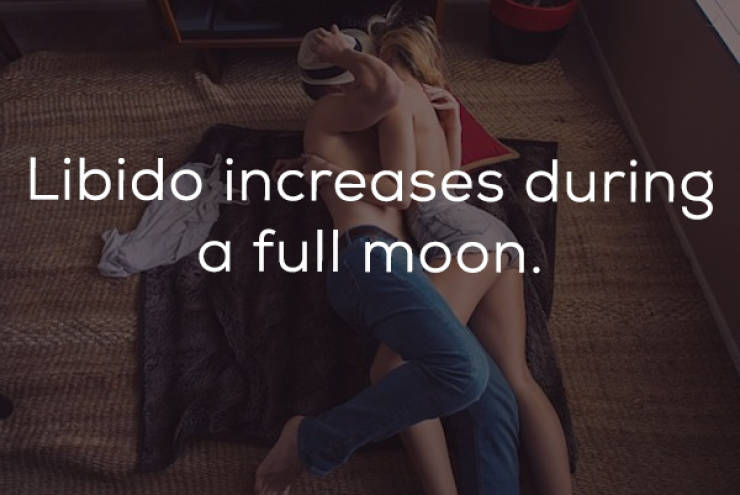 QUESTIONABLE: There’ve already been supposed links suggested between fertility and a woman’s menstrual cycle and the lunar cycle, so it stand to reason that they’d link libido in there too. 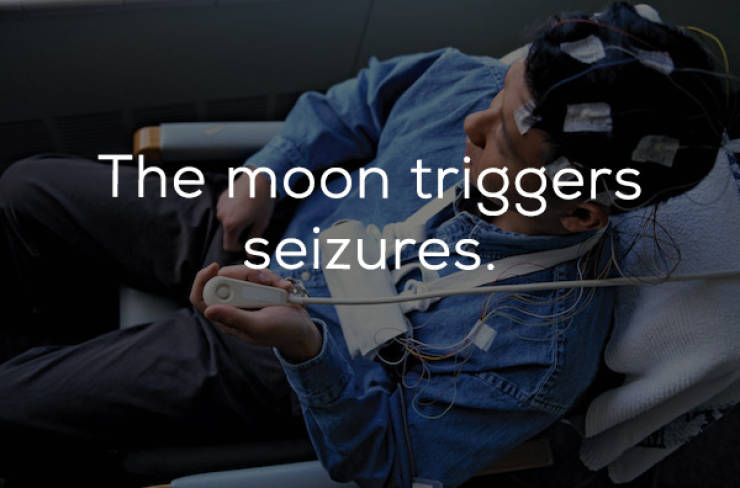 FALSE: The myth that the full moon causes epileptic seizures was so prolific, that a neurology prof actually did a study in 2004.

He found no connection. 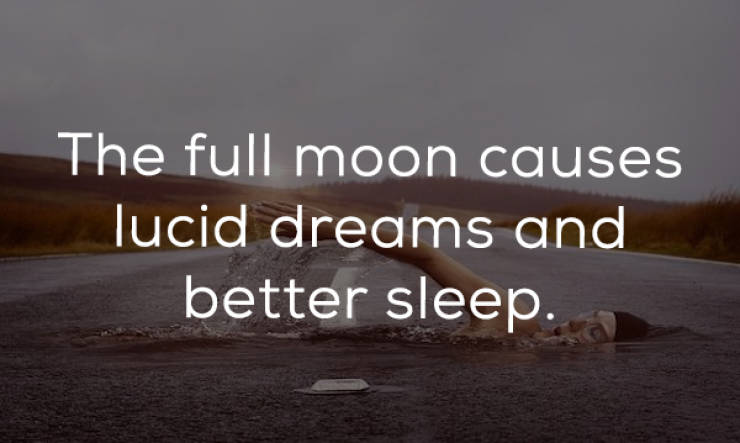 TRUE: A study from Sweden’s University of Gothenburg found a connection between the lunar cycle and REM sleep.

Despite being in a windowless room, participants reported high cerebral activity and better sleep during a full moon. 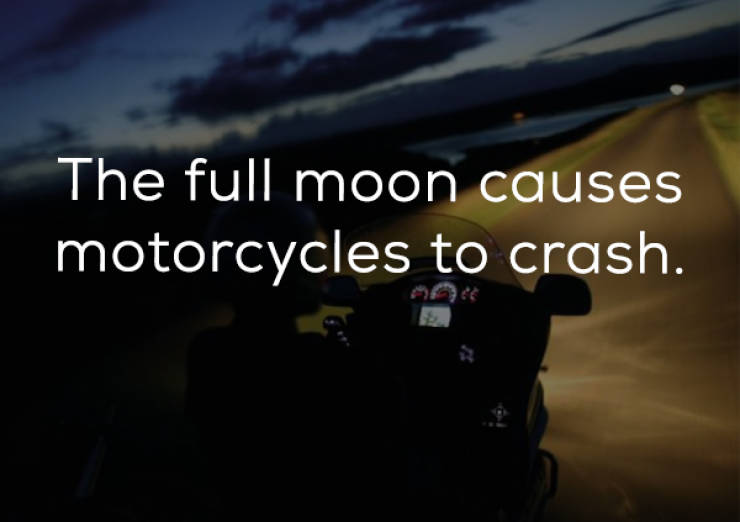 TRUE: A study found that there were 5.3% more fatalities on nights with a full moon, compared to other nights.

They believe it has nothing to do with the moon itself, but the visual distractions that a bright white ball in the sky can cause to riders. 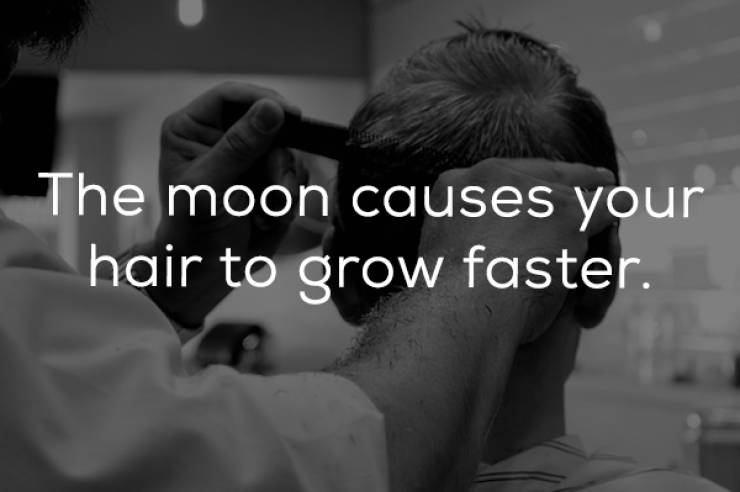 FALSE: Many cultures believe that the moon boosts your blood flow, causing your hair to grow faster, if it’s trimmed on the evening of a full moon.

It’s never been proven though. 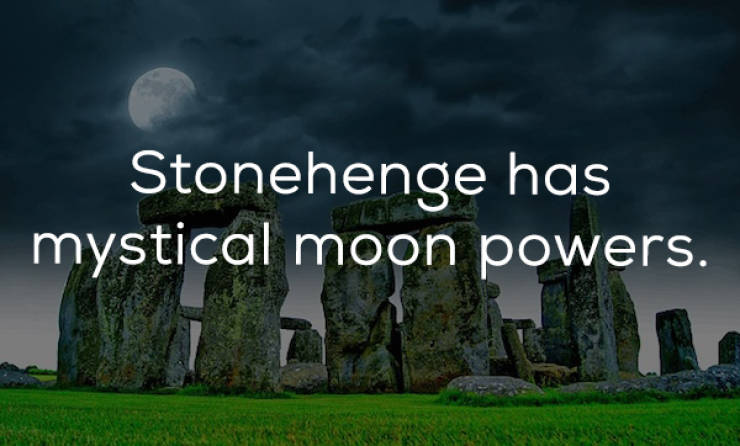 WHO KNOWS?: Pagans believed that the waning full moon offered the most magic at Stonehenge. Maybe it’s true, maybe not. 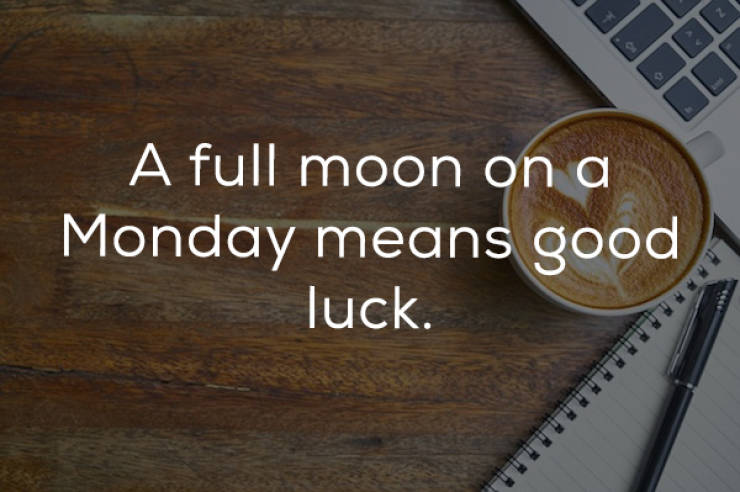 TRUE: If you believe in luck, of course. Generally, if the full moon occurs on a Sunday, it’s unlucky. On a Monday, however, it’s a good omen.

The name “Monday” has its roots in an Old English word that means “Moon Day.”