Why Everyone Loves Chris Hemsworth (24 pics) 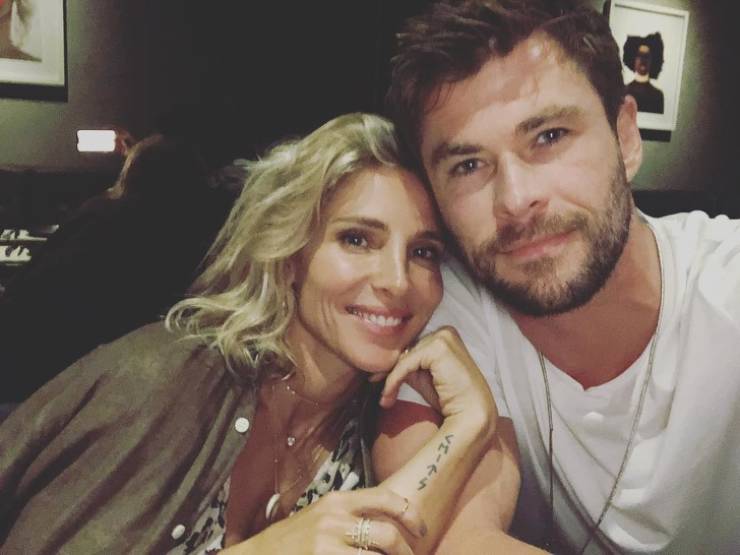 Chris Hemsworth and his wife are the “IT” couple of Hollywood. Their love story started with telephone conversations after a talent agent introduced them. 3 months later in 2010, they rang their wedding bells. 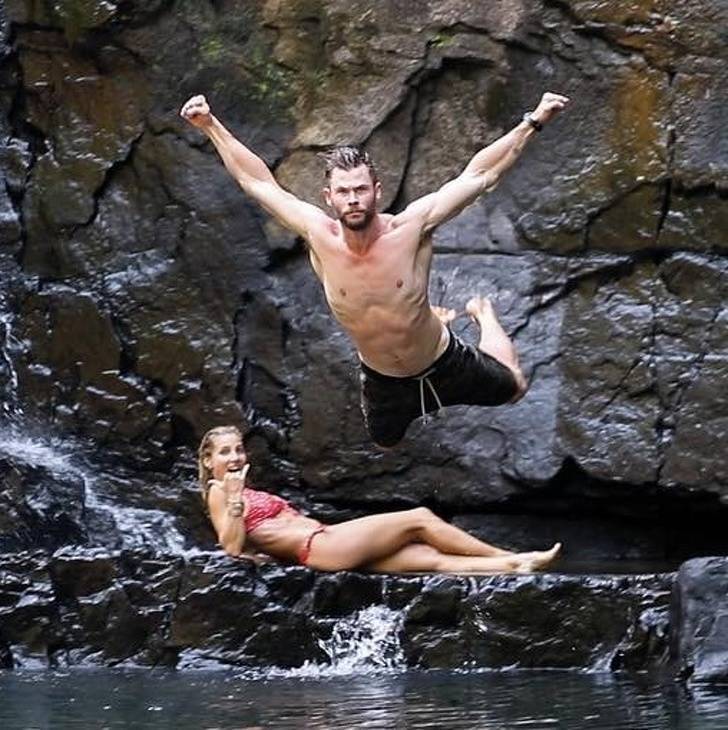 Whitehaven Beach is one of his favorite romantic destinations. According to him, there’s no place like it. But it’s accessible only by boat or by seaplane. So, one fine day he flew his wife there in a helicopter. With a bottle of champagne, of course!

He’s got that happy-go-lucky attitude. 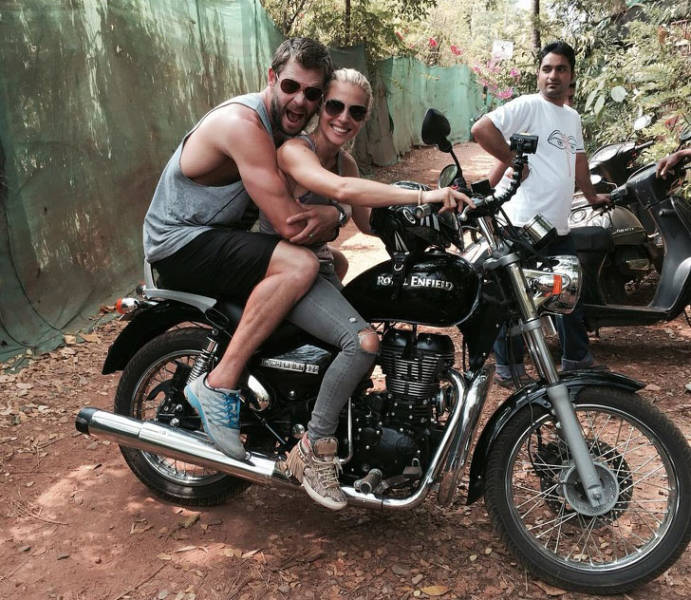 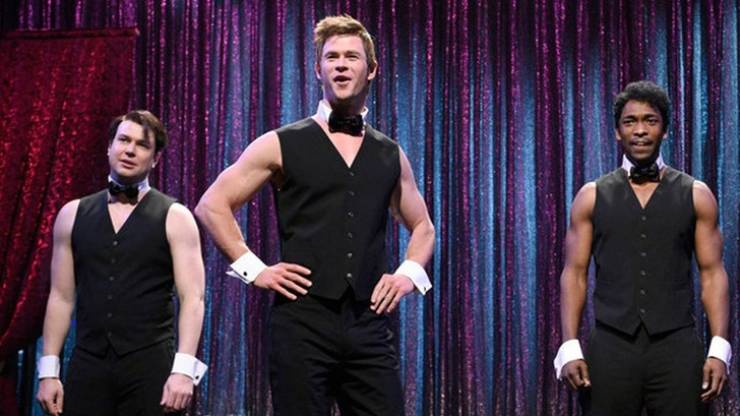 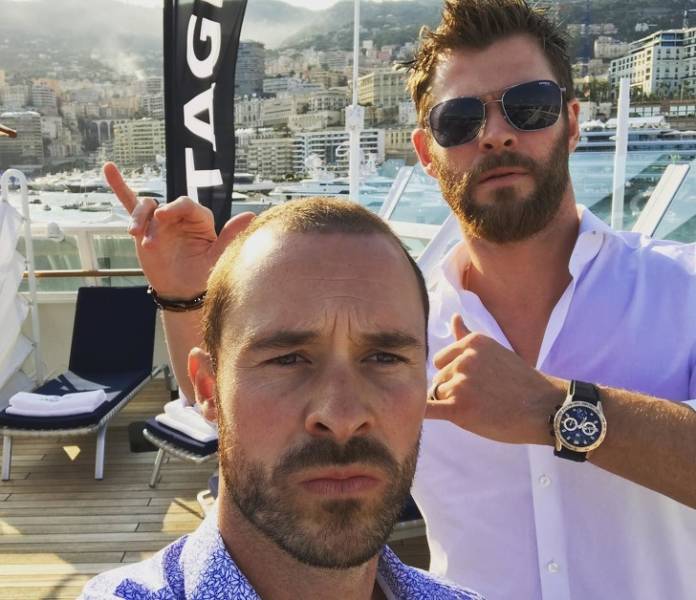 His charm and sense of humor are outstanding. During his appearance on Saturday Night Live, he performed a dance that left the audience rolling on the floor laughing. In another TV appearance on The Tonight Show Starring Jimmy Fallon, he started a toy water cannon fight with the host. These antics show how carefree he is about his stardom and that he knows how to enjoy life.

His drop-dead gorgeous looks and come-hither stare are mesmerizing. 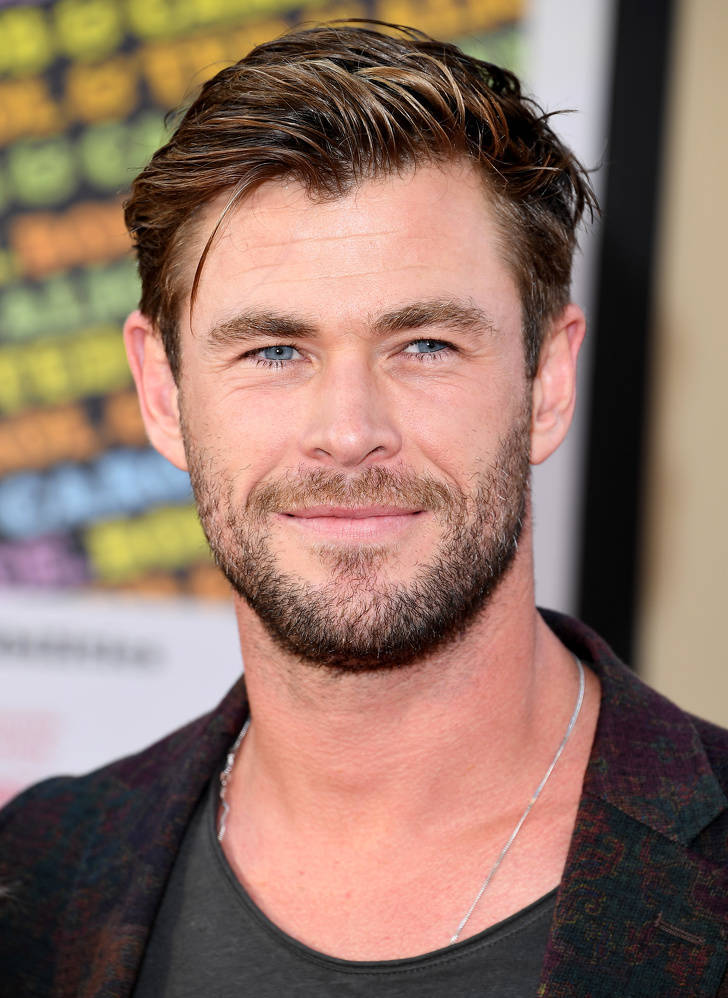 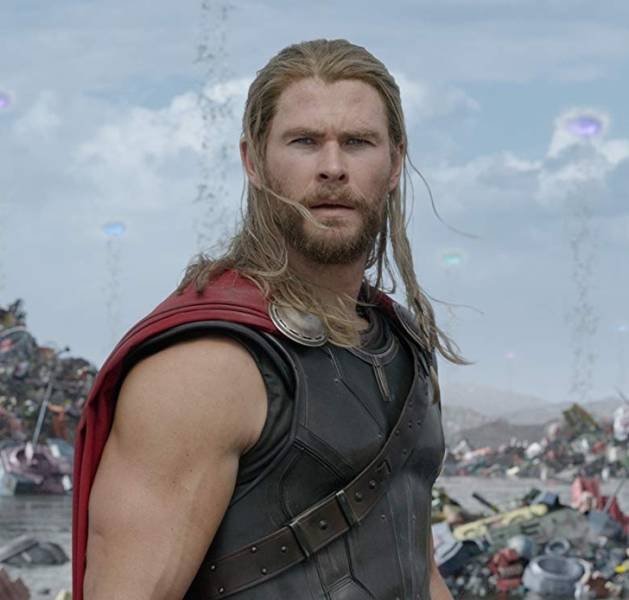 His Greek god looks and mesmerizing eyes can make anyone go weak in their knees. No wonder he was voted the “Sexiest Man Alive” in 2014 by People magazine. But when asked by the magazine what he thinks is sexiest, he answered without pause: “My wife.”

He’s got a heart of gold as well. 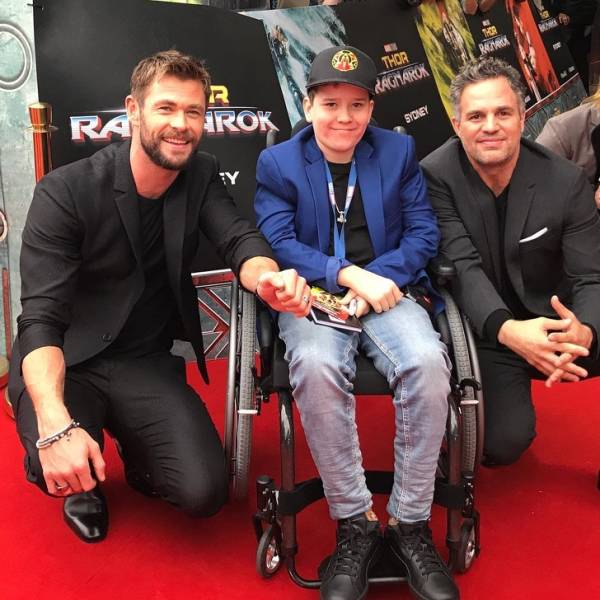 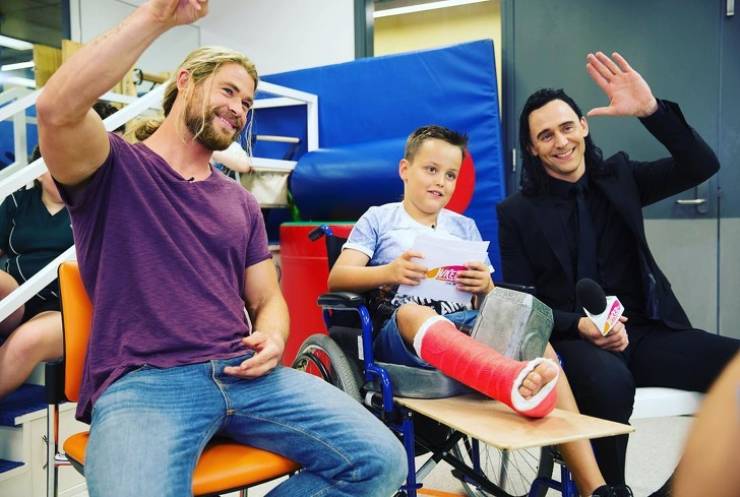 His father Craig is a social worker, so it’s only natural that he is also highly sensitive toward matters concerning children. For over 10 years, he and his brother have supported the Australian Childhood Foundation (ACF), an organization that advocates for and supports children traumatized by abuse, neglect, or violence and works to prevent these atrocities.

If a perfect husband exists, then it’s him. 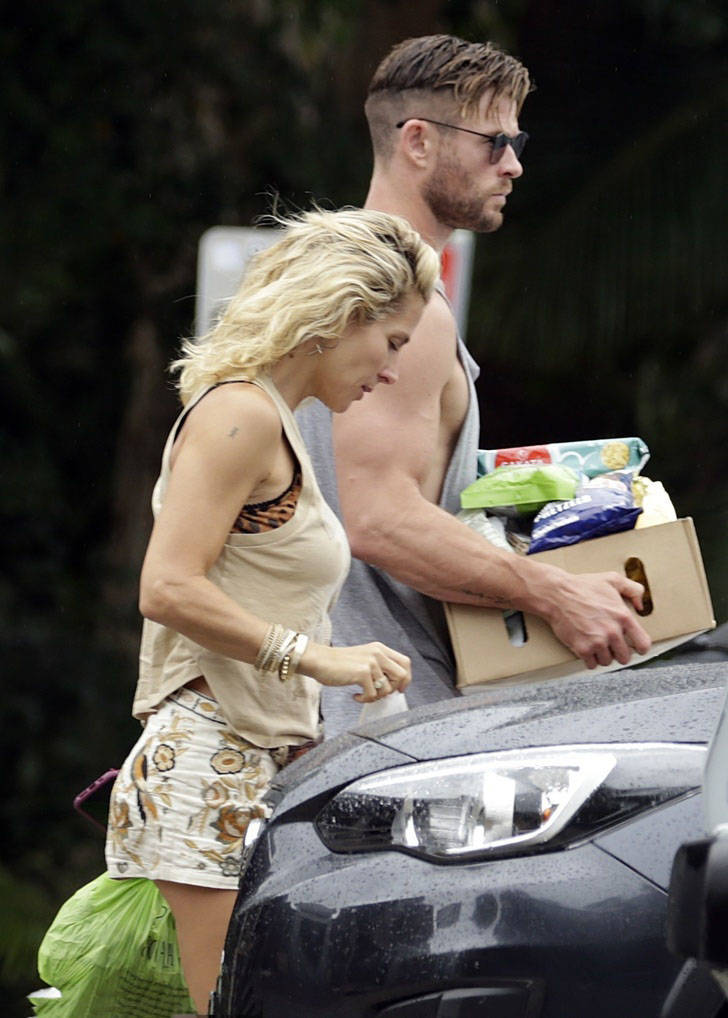 He cradles his kids, goes shopping, takes his wife on surprise picnics at scenic locations, and above all he loves his entire family. And he has this amazing relationship, not just with his wife, but with his parents and brothers as well.

And he’s a perfect dad too. 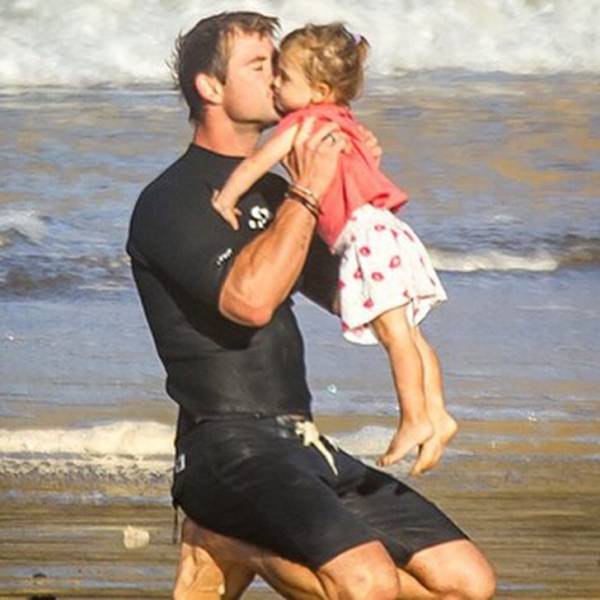 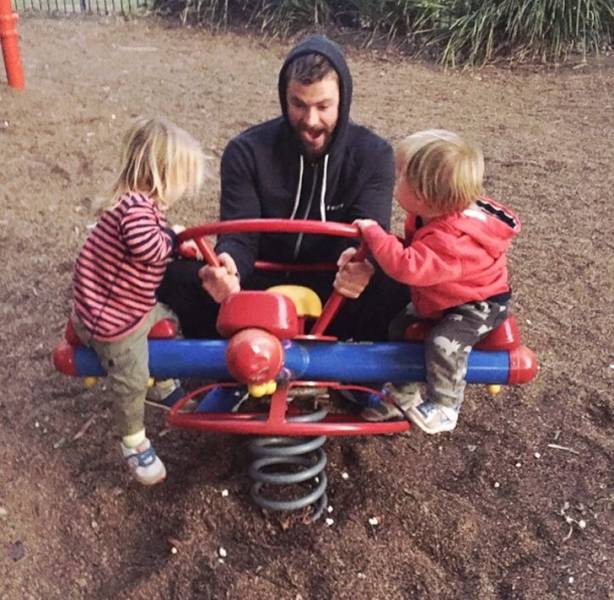 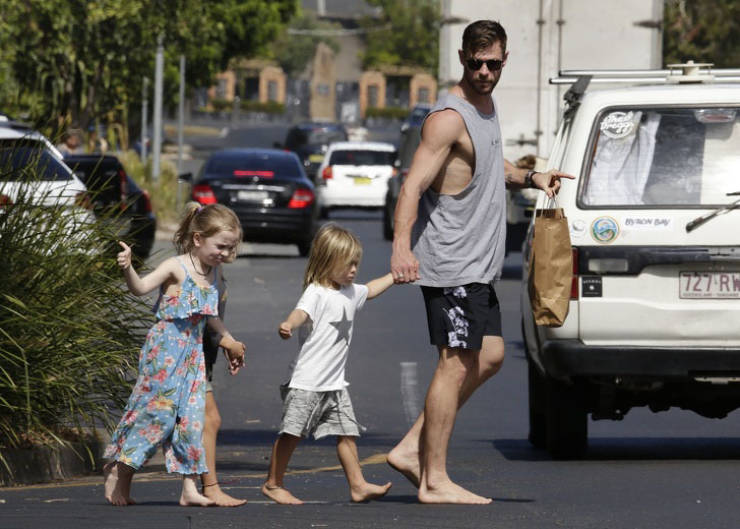 If you look at all of the photos of him and his kids, you can easily understand that he is not only very caring about them, but very protective as well. For one of Hollywood’s highest-paid actors to leave the glam of living in Hollywood and move his family to a place so they can have a normal life, speaks for itself.

He’s an awesome friend as well. Remember his bromance with Tom Hiddleston. 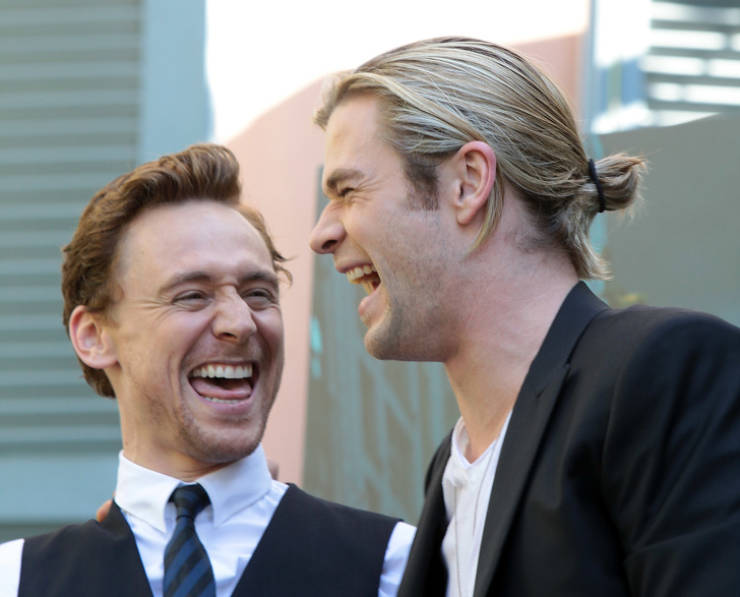 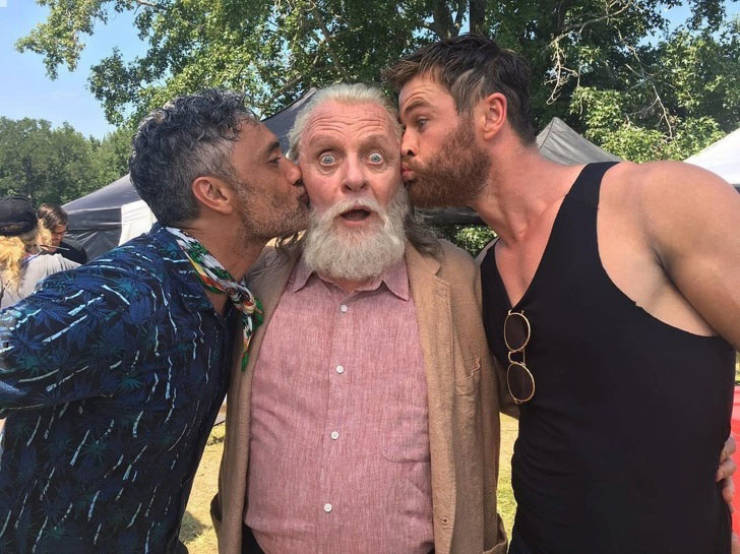 For someone who is a master at nurturing amazing relationships, it’s no wonder that he has some very close friends as well. Pictures of him sharing a bromance with Matt Damon and Tom Hiddleston have made headlines. His and Damon’s wives are friends as well.

He’s very down to earth. 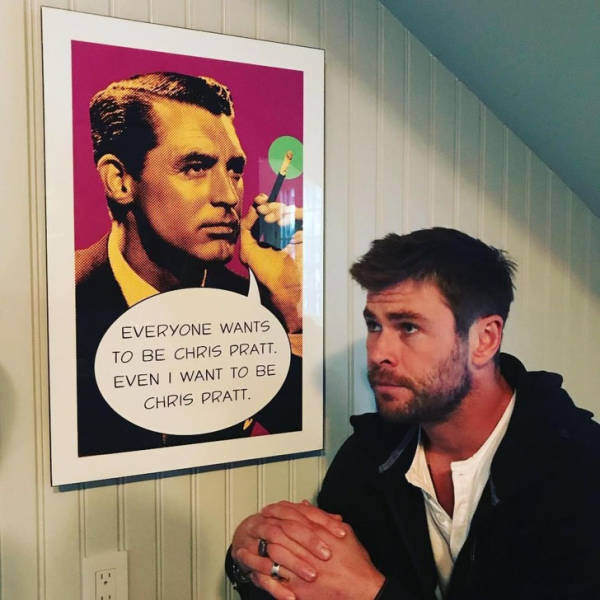 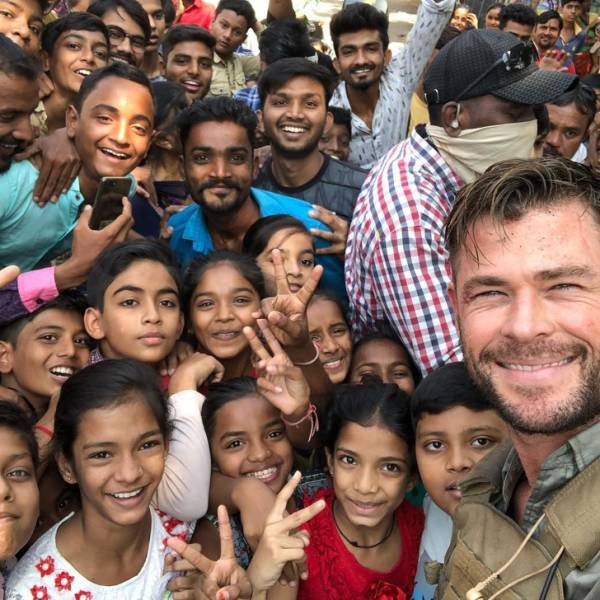 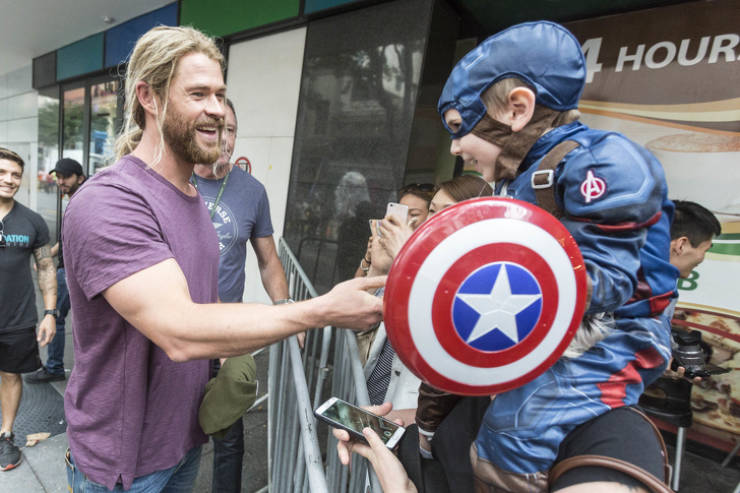 He can often be seen freely interacting with his fans during shooting breaks. His photograph with his fans in India even went viral. And his happiness in the frame is clearly evident. He even participated in the “Dad Race” at his daughter’s school and came in first. After winning the race he said: “There was just this wave of nirvana. I turn around and I go, ‘Where’s my daughter? Where is she?’ And she’s like, ‘Dad, did you win?’ And I’m like, ‘Did I win? You didn’t see it?!’ They gave me a sticker. A first-place sticker.”

He’s a staunch advocate of women’s rights and protecting the environment. 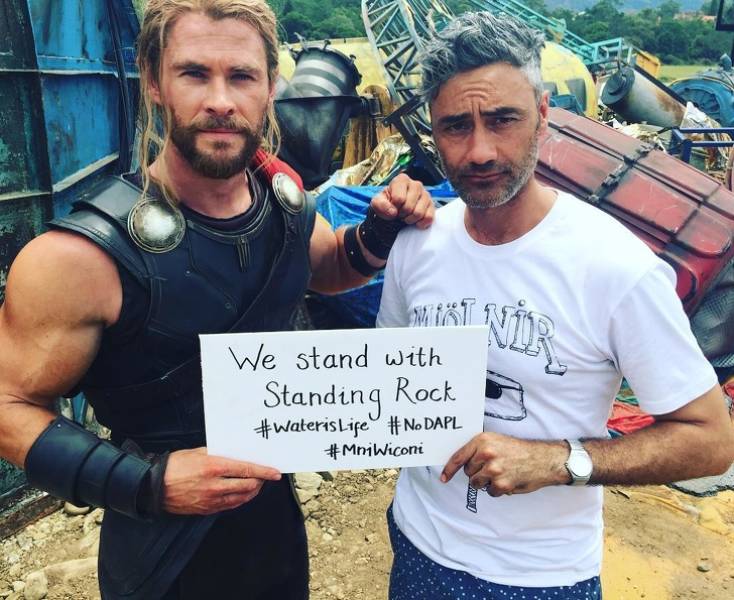 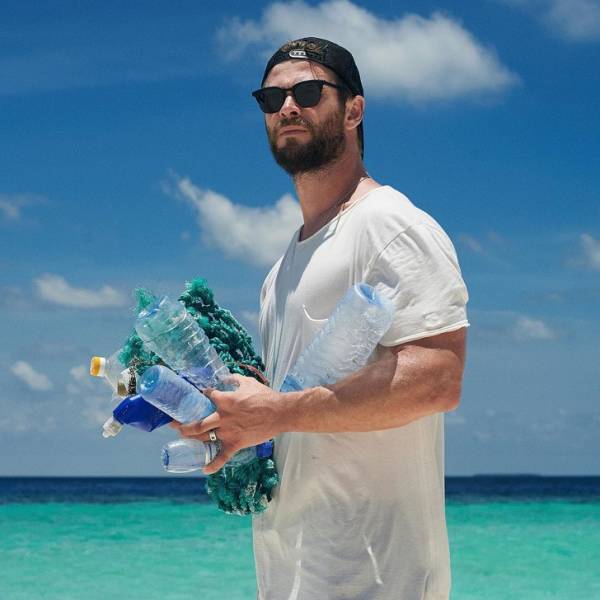 He is a vociferous advocate of protecting the environment, especially protecting the oceans from plastic waste. This is natural, as he has spent a large part of his life around the ocean. As an avid surfer, he explains his motives, saying: “I want to inspire people to find a solution and protect the world’s oceans so future generations can enjoy them like I do.”

And he loves animals... 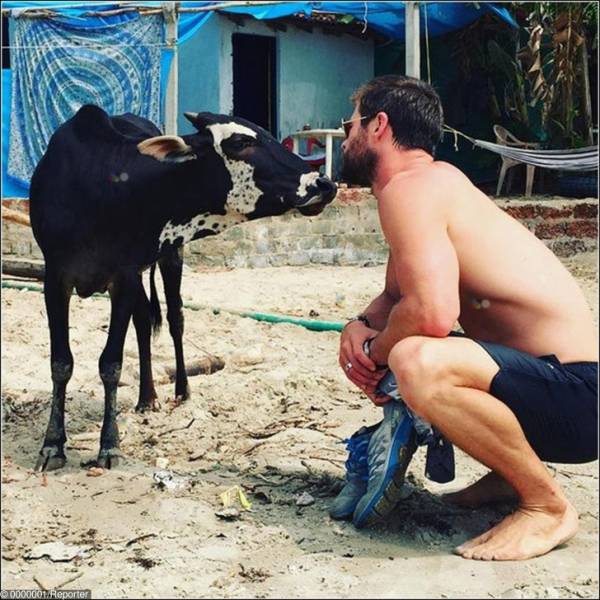 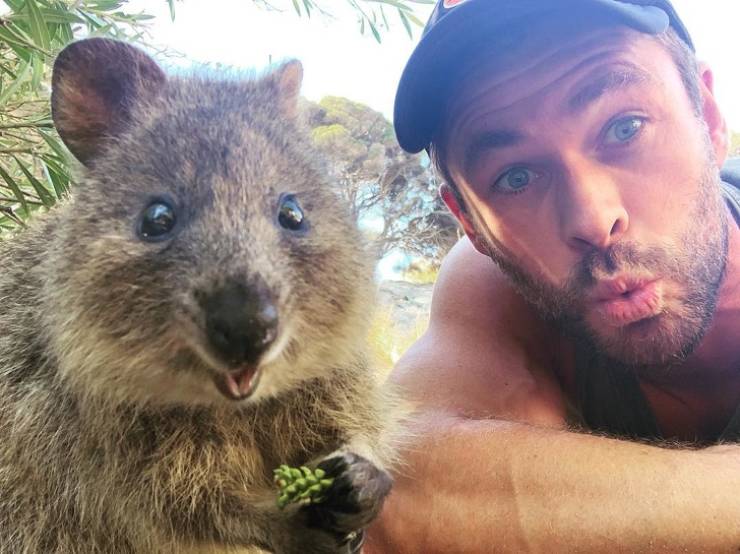 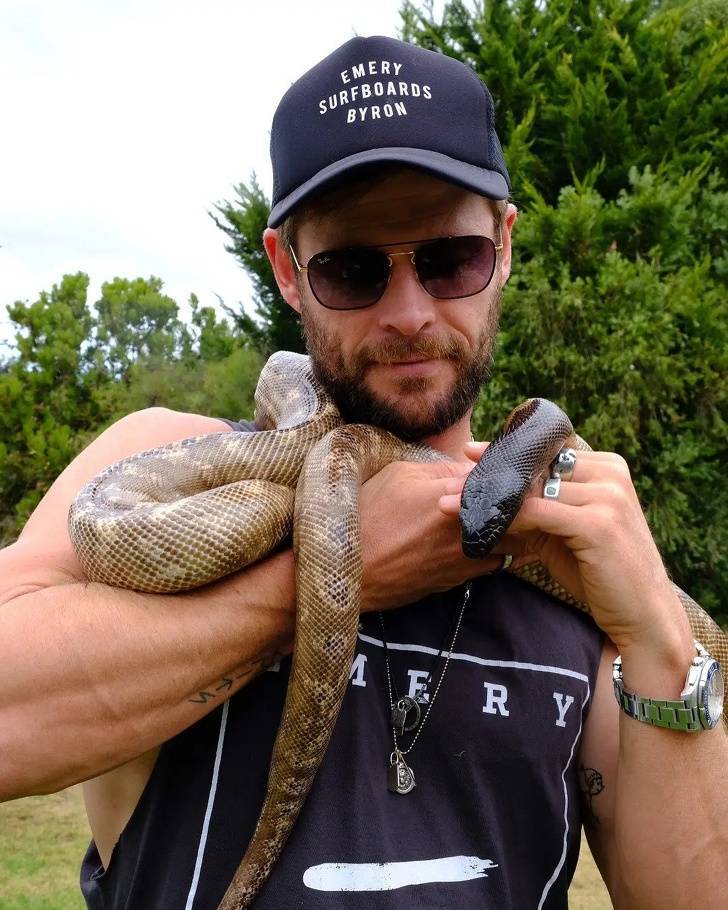 He spent a considerable part of his childhood in the Australian Outback, where his love for wild nature blossomed. He once said, “...probably my most vivid memories were up there [in Bulman] with crocodiles and buffalo.” So, it’s natural that he loves animals and taking selfies with them.

Last but not least, he’s the Mjölnir wielding Thor. 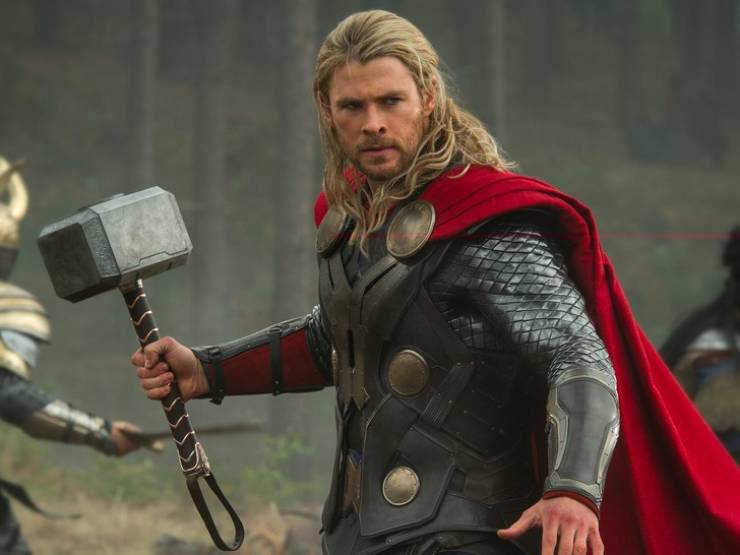 Martial 7 month s ago
If he shares the political views of Damon and Ruffalo, he's a complete and utter moron.
Reply
-1

Indiana Jones 7 month s ago
but whats he like when no one is taking pictures?

Integrity is doing the right thing even when no one is watching.

C.S. Lewis Quote:Integrity is doing the right thing even when no one is watching.
Reply