Microsoft Cuts One Day From Their Work Week, Gets 40% More Productivity (5 pics) 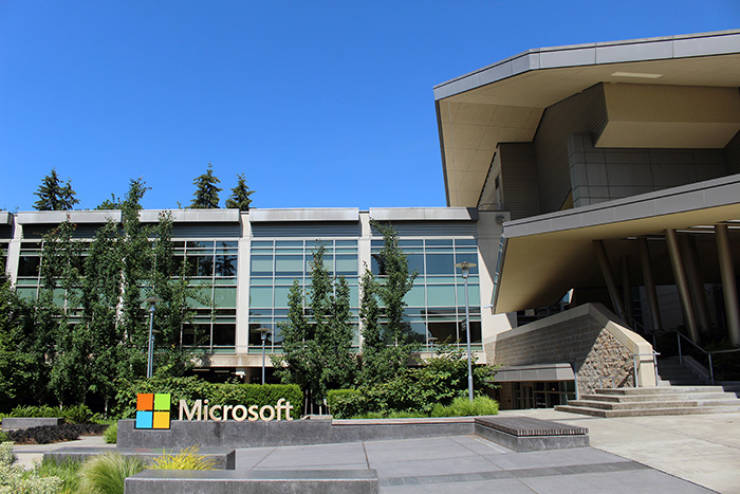 The 5-day workweek is deeply entrenched into our work culture globally, although studies keep proving over and over again that they’re not as efficient as shorter workweeks. In the late 18th century, working 10-16 hours was considered normal, as factories “needed” to be run 24/7. It was only until Welsh activist and advocate for shorter workdays Robert Owen came up with the slogan “Eight hours labor, eight hours recreation, eight hours rest.” Today, no one bats an eye for the 8-hours a day, 5 days a week job – it is the new “normal.” However, more and more companies and scientists are reconsidering what is normal, including Microsoft Japan. As the International Labour Organization back in 2018 reported: “The best available empirical evidence shows that reducing full-time working hours can lead to numerous positive outcomes for workers, enterprises, and society as a whole: fewer occupational health problems and reduced health care costs; more and better jobs; better work-life balance; and more satisfied, motivated, productive employees resulting in more sustainable enterprises. In addition, shorter working hours can even make an important contribution to the “greening” of economies because the more we work, the greater our “carbon footprint”; so, cutting back on the number of days that we work – and therefore the number of times that we have to commute from our homes to our workplaces – is bound to have a positive impact on the environment as well.” 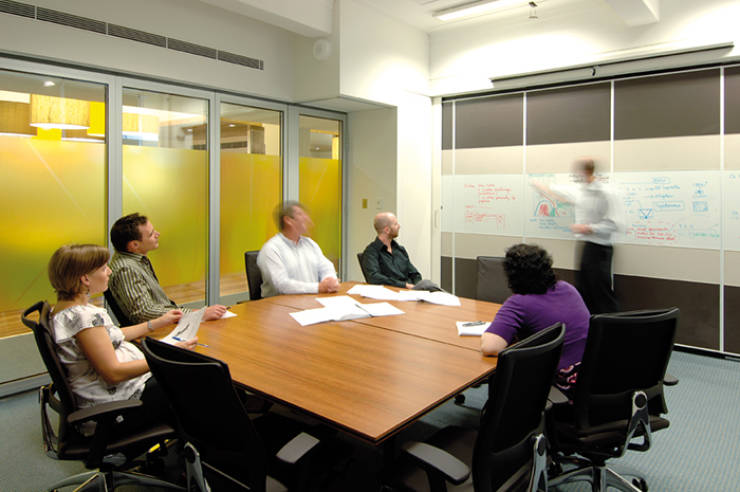 To fit into the 4-day workweek, many meetings in Microsoft Japan were shortened, conducted remotely or cut altogether. Not only did the 3-day weekend trial result in a 39.9 percent increase in productivity, but employees took 25.4 percent less time off, electricity use was cut down by 23.1 percent and 58.7 percent fewer pages were printed. This means only one thing – not only the long weekends are better for employees and their wellbeing, but it’s also better for the environment itself, as fewer resources are being used. 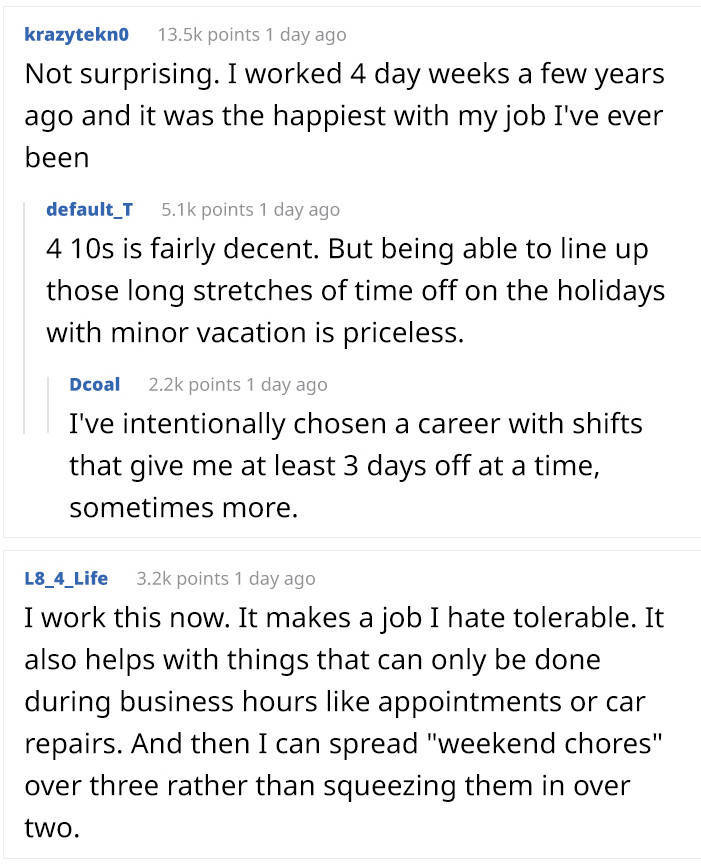 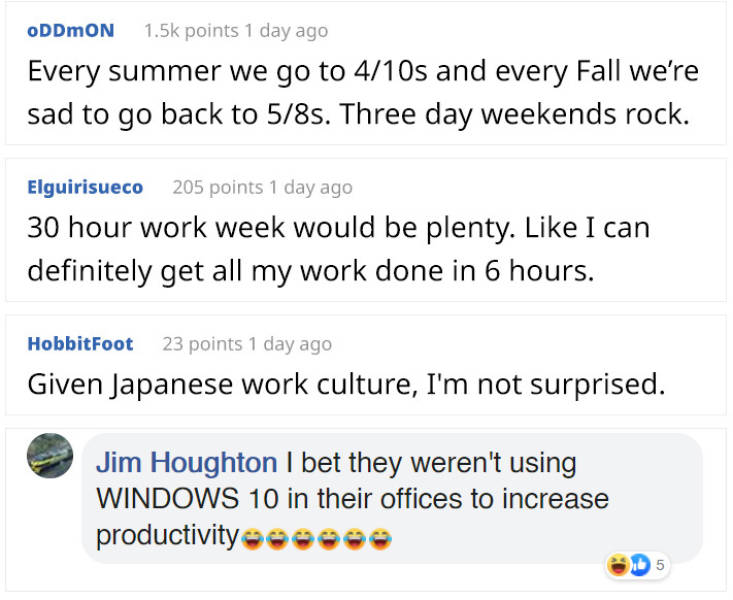 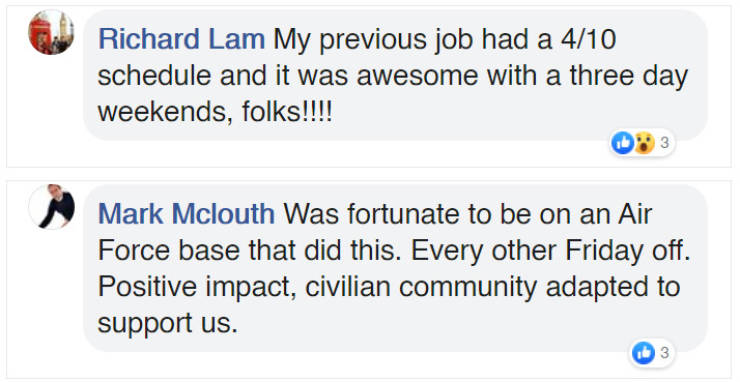 Tomorrow 6 month s ago
I'll bet there's more than 40% of this story we're not hearing.
Reply
0

Figure 6 month s ago
oh and Japanese companies here in the US micromanage to the minute... and only give raises about every 5 years.
Reply