He Laughed At Small Dogs, But Then A Chihuahua Saved His Life, And Now He’s Paying Back (21 pics) 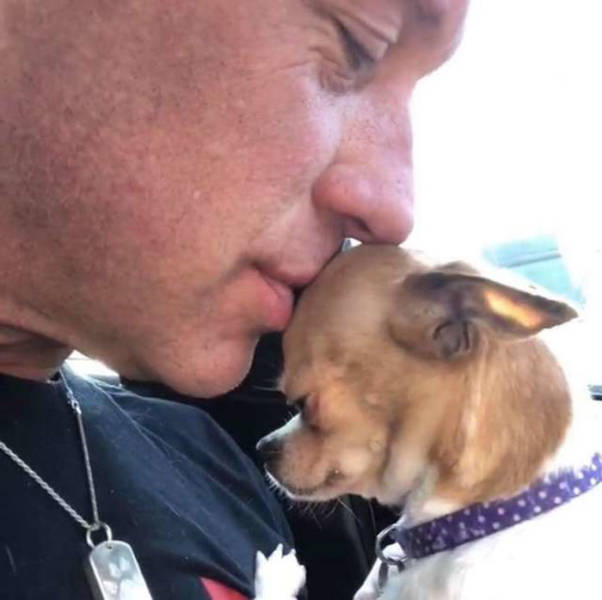 “It’s very well known that while I’ve always loved all animals and even had small dogs in the house growing up from my grandmother from time to time that I was a big dog guy,” Humphreys told. “Rottweilers were my companions, guardians, 120-pound lapdogs.”

“I’d actually make fun of close friends whose girlfriends had tiny dogs when I saw them walking around carrying them for their girls,” he added. “Looking back, that was very immature of me.”

However, his story took an unexpected turn on New Year’s Eve of 2016 when Humphreys’ wife walked out on him. A week later, he injured his shoulder at the gym, requiring reconstructive surgery. 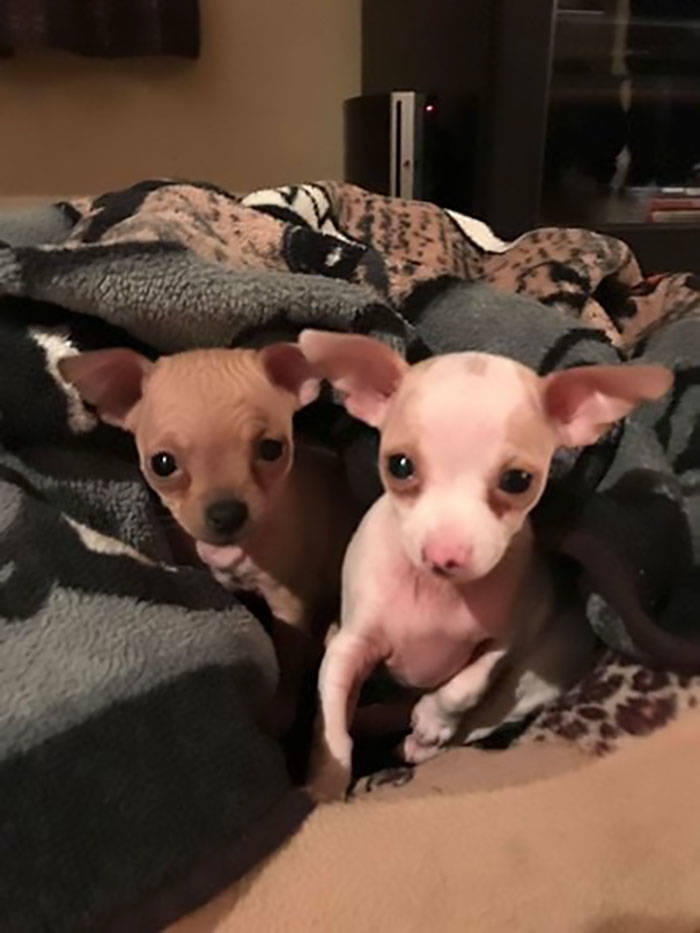 Without someone to rely on, Humphreys found himself in a deep depression.

“I’m a very sensitive person and she was my world,” Humphreys explained. “I was lost. I started drinking for a purpose instead of just socially.”

As Humphreys’ arm was healing, he tried to get his life in order, but depression turned out to be a strong enemy to beat. It seemed there was no escape until Humphreys’ friend named Constance Rogers turned up with a surprise request, “She messages me one day saying, ‘Do you mind if Lady stays with you for a little while?'” Humphreys has heard a lot about Lady, Rogers’ Chihuahua, and wanted nothing to do with her.

However, he wanted to repay his friend, who had helped him during his darkest days, so he agreed to take care of the dog.

One day, he came home from work and stumbled upon Lady peering out of her kennel, strategically placed in front of the TV. 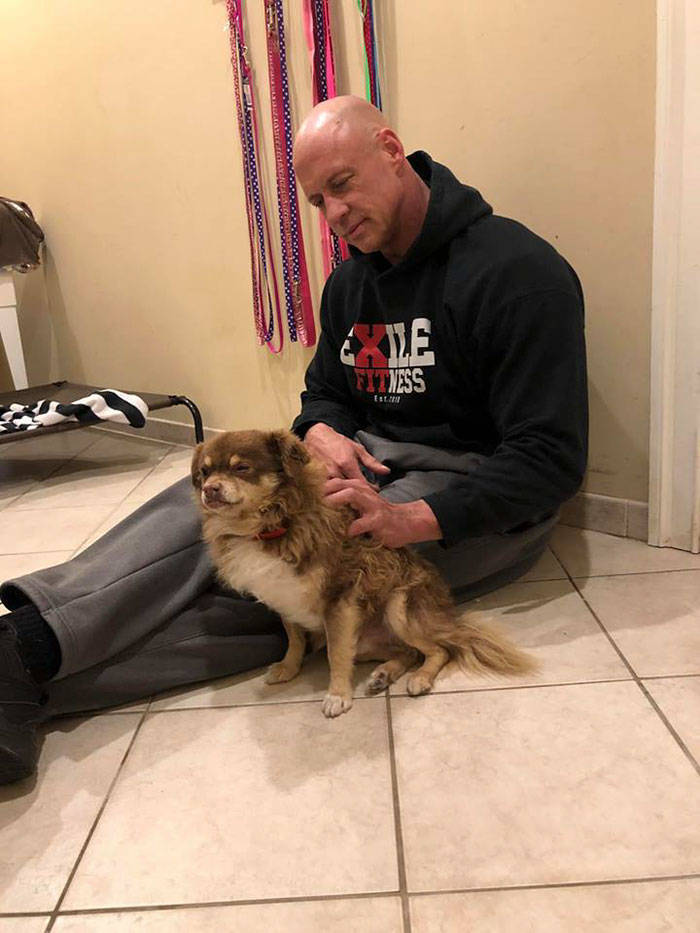 After about 15 minutes, he said, ‘Screw it, I don’t care if this dog bites me or not, she is not going to be sitting in a kennel.’ Connie came over to check on Lady an hour and a half later and when she walked in, she was totally amazed. Lady was in Bobby’s lap.

Over the next months, Humphreys’ and Lady really got to know each other. 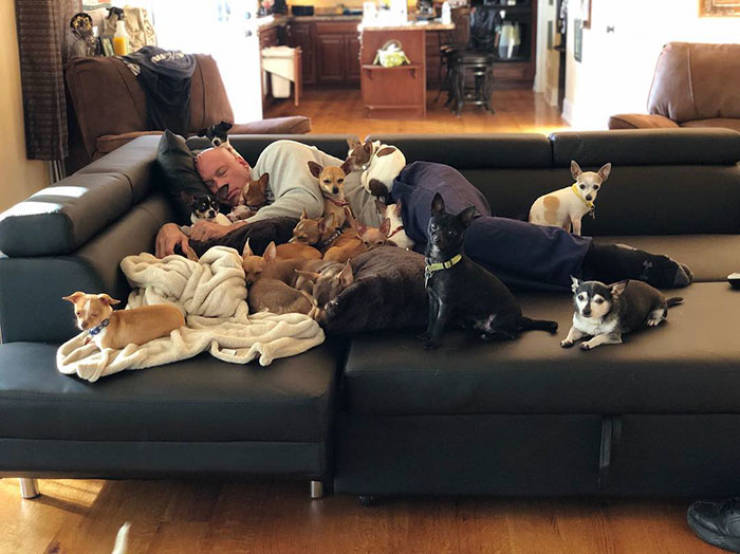 “Lady did not just transform my opinion, she transformed my life,” Humphreys said. “What didn’t she do? She gave me my self-respect and dignity back. After everything I’ve been through; humiliation shaming, abandonment, and everything else, she gave me the reassurance that I wasn’t such a bad person after all.” 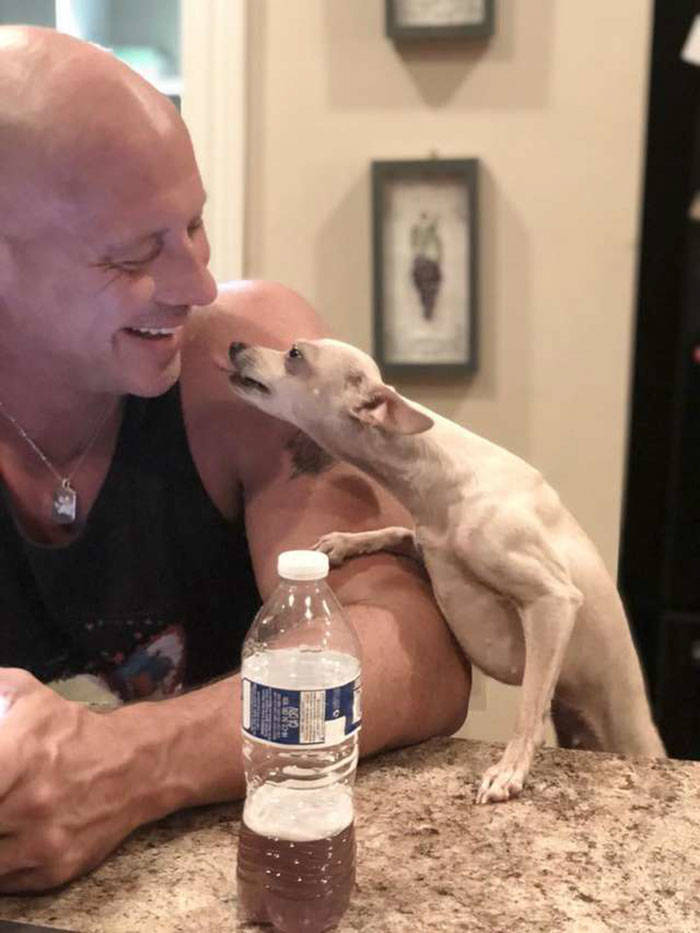 “This dog hated absolutely everybody. She had been known to bite numerous people. Nobody could get close to this dog. Nobody. Within an hour and a half of being together, she and I had been inseparable ever since. I often look around the house that what we’ve created, especially if there’s a little bit of a mess or I’m stressed and I turn to Lady and tell her, ‘You know this is all your fault, right?’ 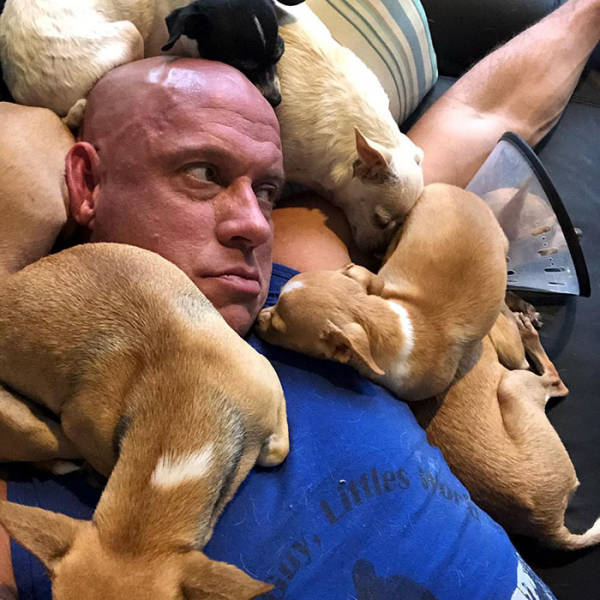 There were times when Bobby couldn’t get out of bed. Even when he needed to go to work. “It was pathetic. The only thing keeping me going was spending time with her. It’s weird, it’s sad but she healed me,” he recalled. “There were times when my friend would come check on her dog at 11 in the morning only to find both of us still upstairs in bed. She would then become the drill instructor and make me go to work. That’s not the part that fixed me though, it was all the attention and love from Lady.” 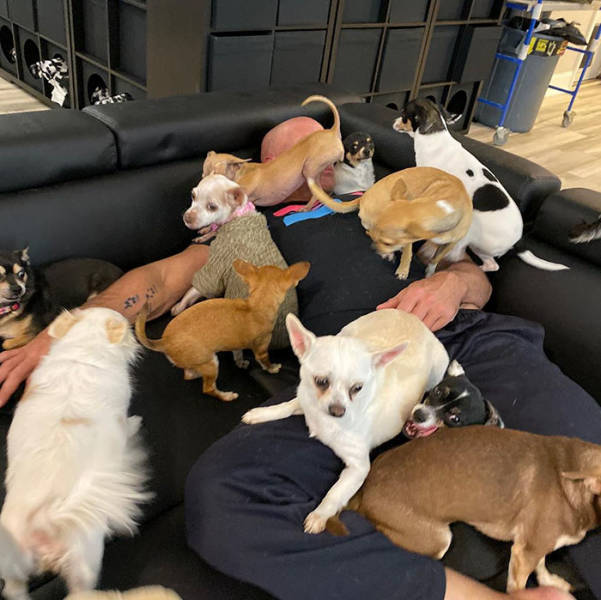 Humphreys knew Lady couldn’t stay with him forever, so he began looking for his own lady: “I was not terribly particular but I either wanted one that looked like her which would be a deer head fine and color and perhaps not the most perfect specimen as Lady had somethings wrong with her due to eating some chemotherapy medicine and almost passing away.”

That’s when he found Kira, a year-old Chihuahua with food aggression issues.

“She was chocolate and tan which was close enough and I saw her living conditions. I saw how easy it is for people to sell dogs on Craigslist and how little they really care about where the dog goes.” 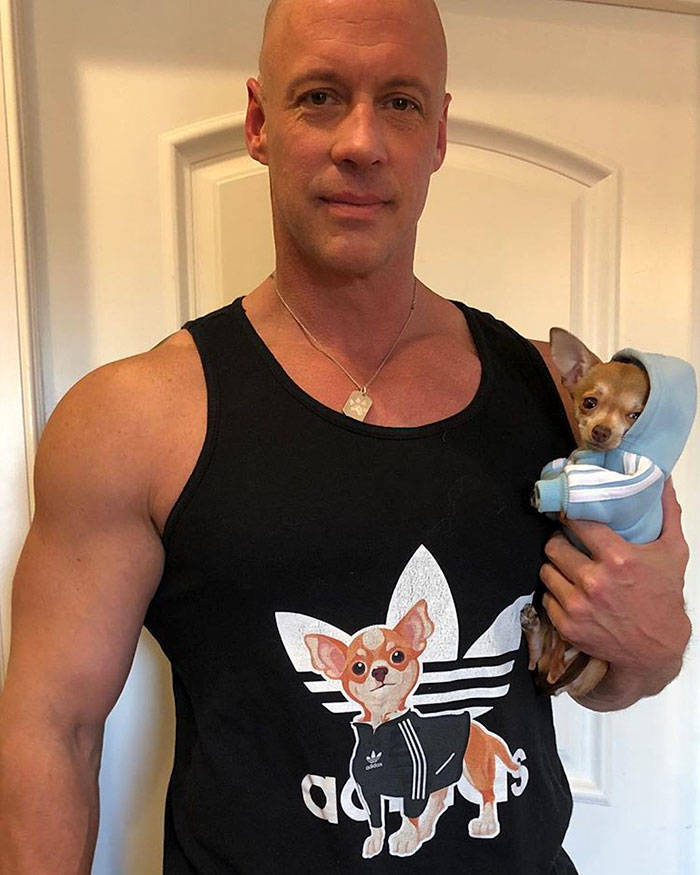 Next came Harley and her sister Quinn.

“[When] I found a Harley, [she was] only six weeks old,” Bobby continues. “Harley reminded me so much of Lady, I had to have her.” However, there was definitely something wrong with her but Bobby couldn’t place it. “As they went up to get Quinny from upstairs, the daughter of the breeder let it slip that Harley and Quinn were the results of improper line-breeding or more directly, inbred. My actual thoughts were these dogs are so ugly that nobody is going to buy them or they are going to get cast aside, as one of the horror stories you read on Facebook. I had to have them.” 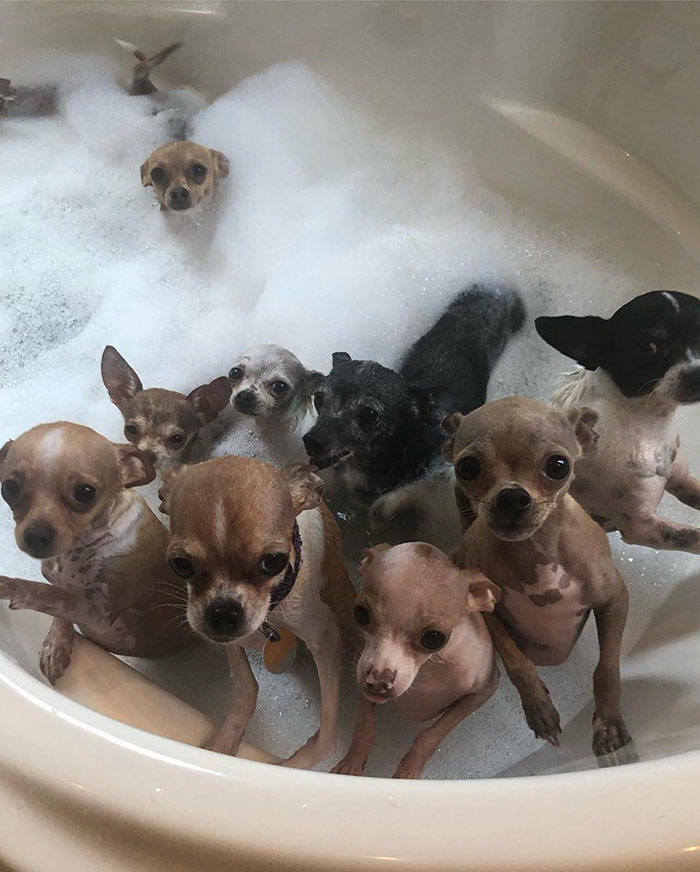 “I had it fresh in my mind, the way my past relationship and family in France and society had treated me and cast me aside. I swore to myself that I would show these dogs something that society refused to show them and refused to show me.” 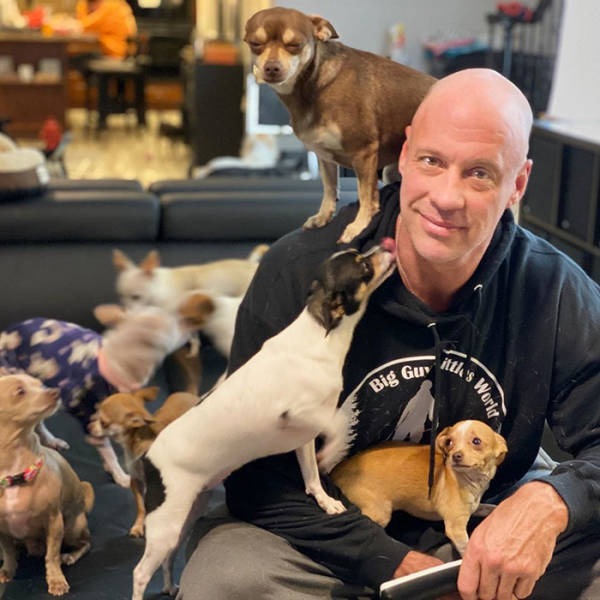 Pretty soon people started reaching out to him, asking for help. “A hoarding case here, a shut-in there. A bait dog. A dog found on the side of the road. A dog with an extension cord tied around his neck. The more this progressed, the more I loathed society.”

But these terrible examples only fueled Bobby’s motivation. “I made a promise to each and every one of them that they would never have to experience abuse, neglect, abandonment or the pain of loving someone that would not give you love in return no matter how much you tried.” 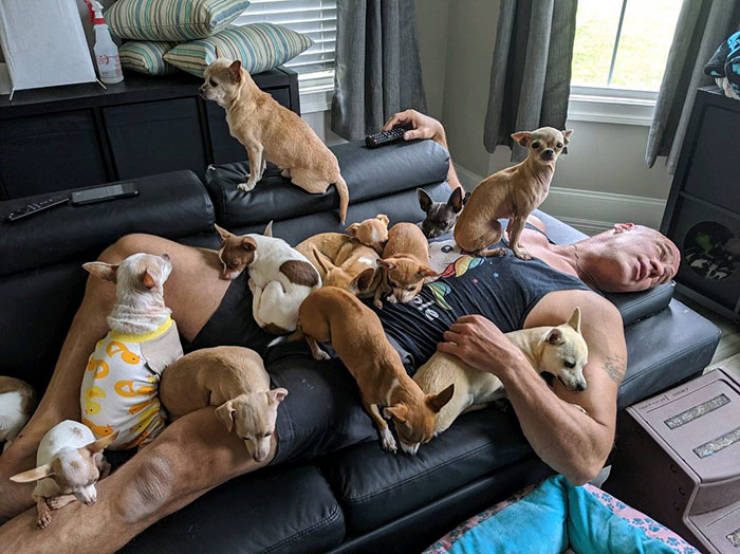 Eventually, this evolved into starting a sanctuary. The philosophy behind it is simple: Bobby takes the dogs nobody else wants, he shows them how special they are and he lets them live whatever life they choose. “[I] call this place the island of misfit toys, based off the old 60s Rudolph Christmas claymation cartoon. Starting with myself, we are all the rejects. The ones nobody wants. The ones that don’t look perfect. The ones that don’t fit. So, if you hear us refer to this place as the island, now you know why.” 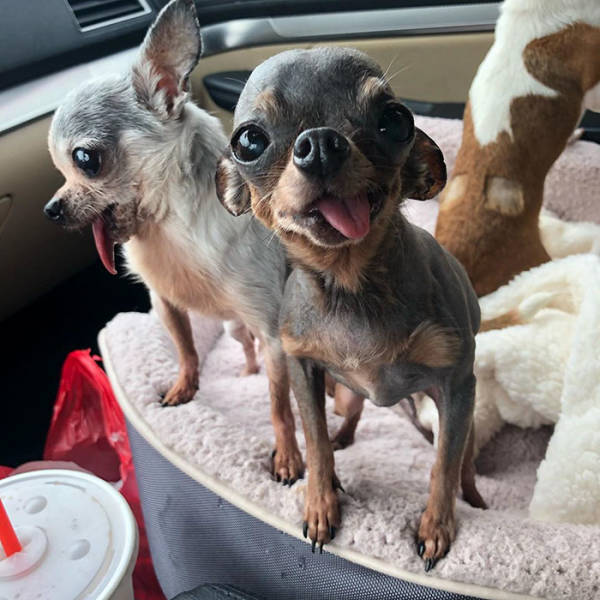 “Once I’ve earned the dogs respect and bonded with the dog, I am obligated to them to make sure the only way they leave me is if they found somebody they like even more.” 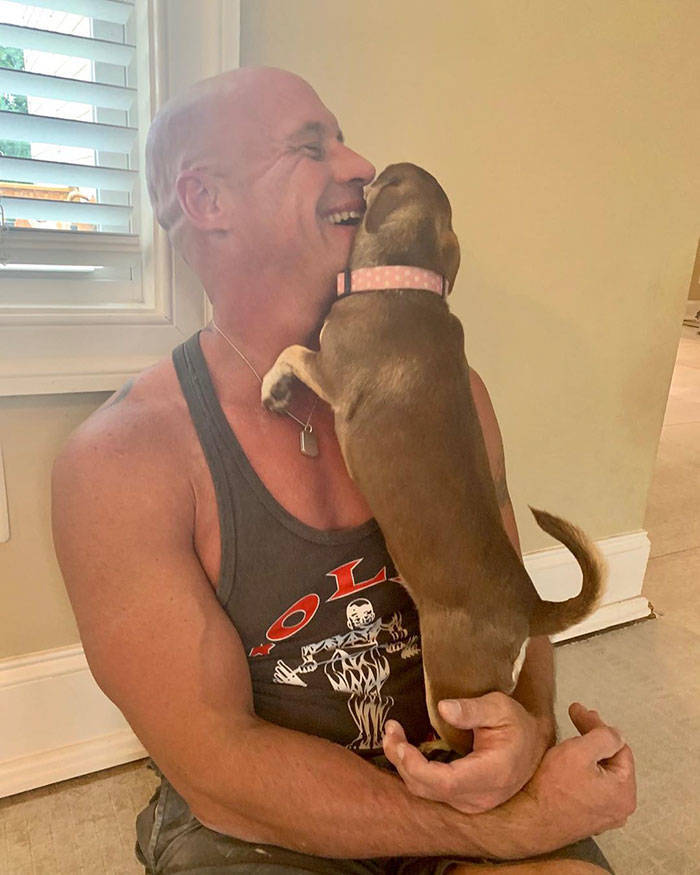 “The rest will happily stay here regardless of their conditions or their differences. Or their oddities. They will be celebrated for how beautiful and unique they are and once again never have to worry about anything again.” 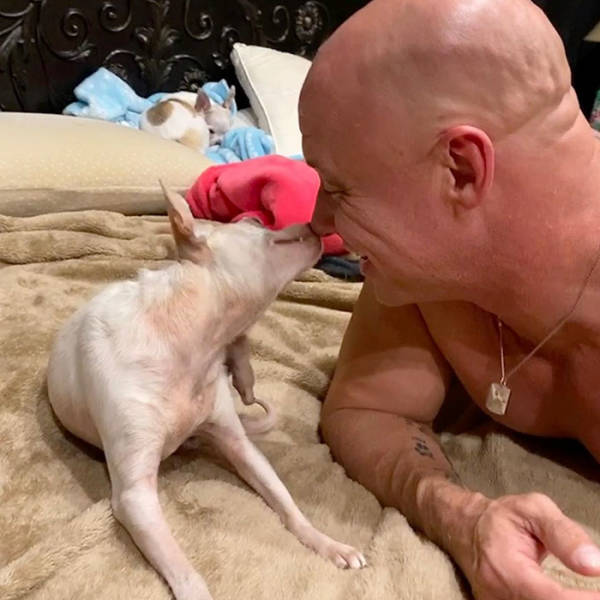 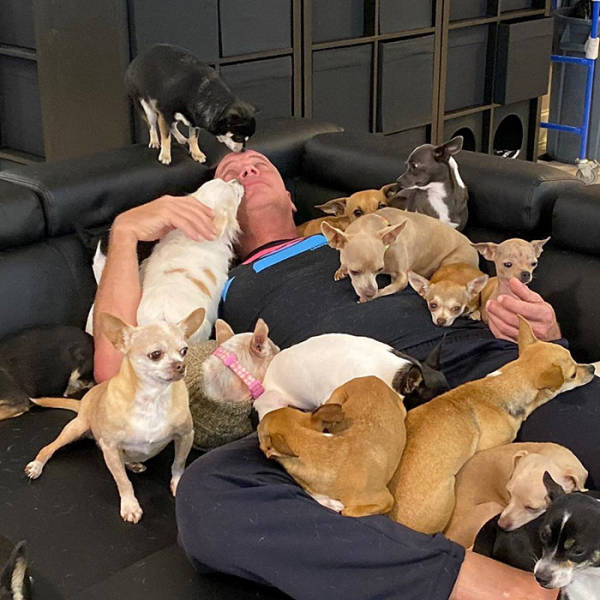 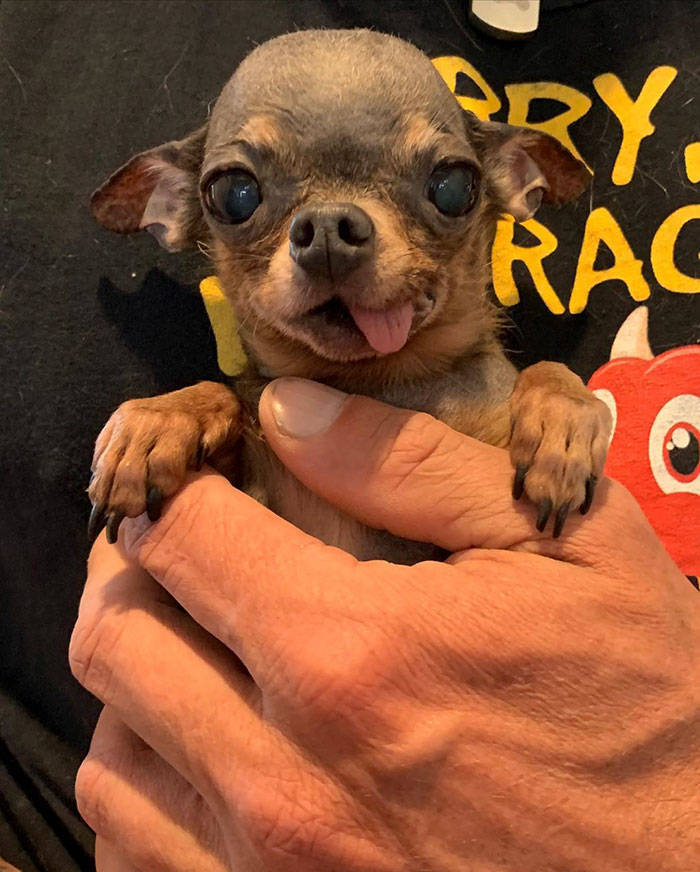 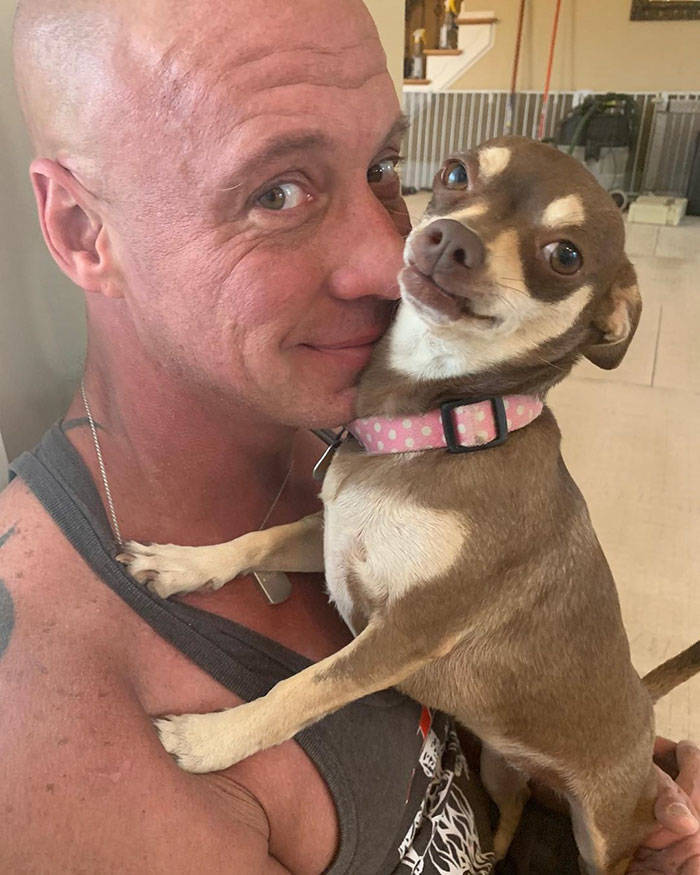 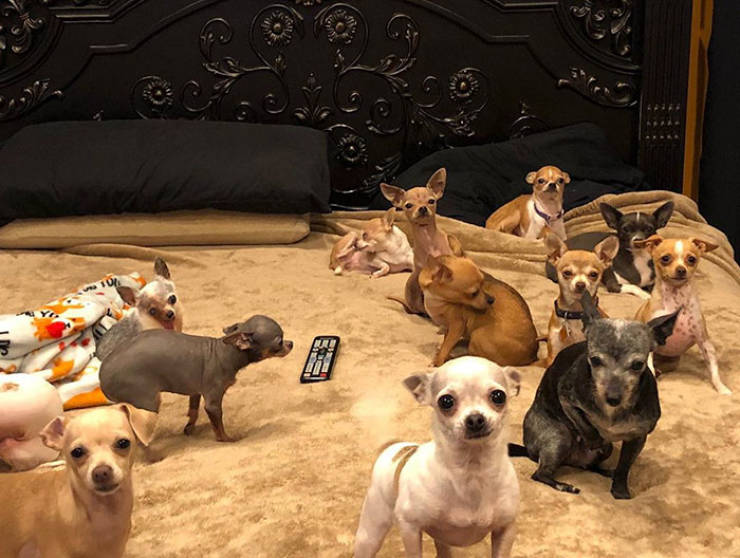 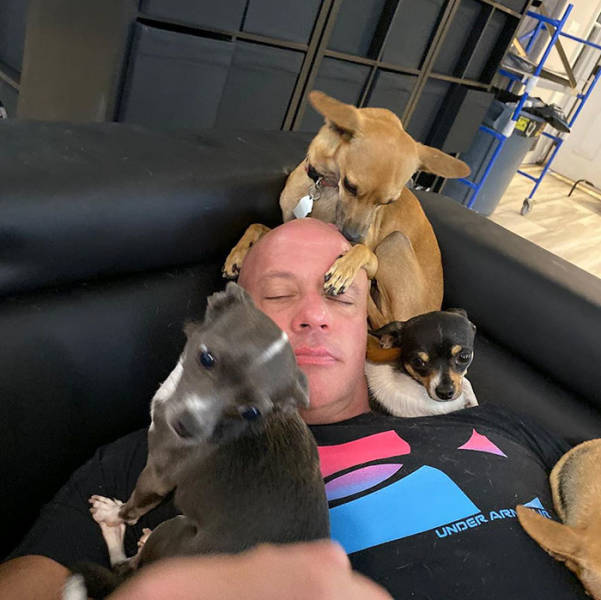