Actresses Who Were Still Playing While Being Pregnant (13 pics) 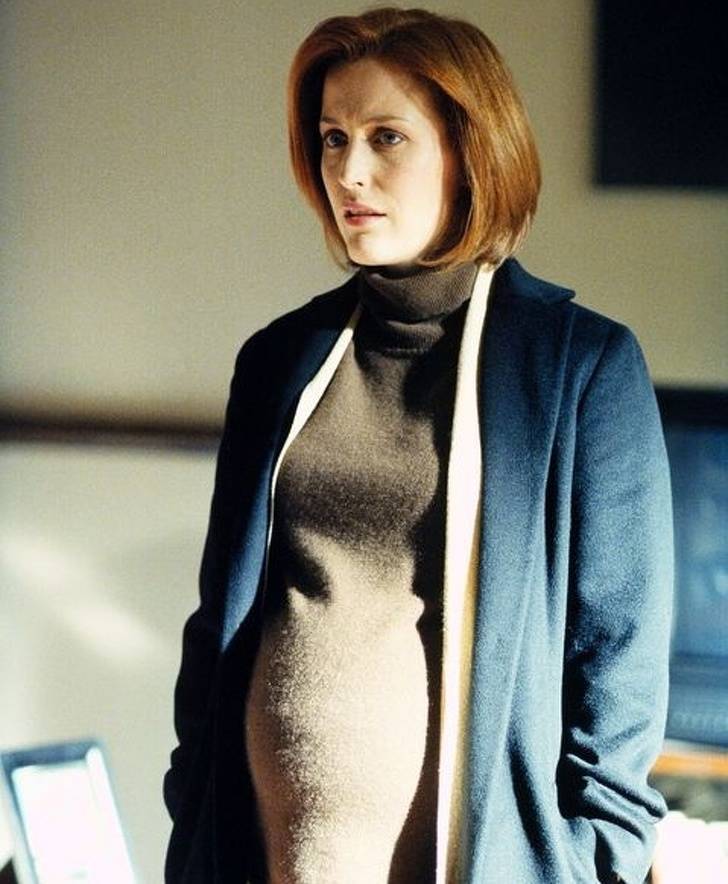 A young Gillian Anderson had only just gotten the confirmation that she got the role of her career and before the start of the shooting, she found out that she was pregnant. The studio bosses tried to replace the actress, but the executive producer Chris Carter was totally against giving the role of Dana Scully to someone else.

Her growing belly was covered by oversized clothes and good camera angles, but in the final stages, the plot changed. By the way, Gillian named her daughter Piper Maru, which is also the title of one of The X-Files episodes.

Cynthia Nixon — Sex and the City
2 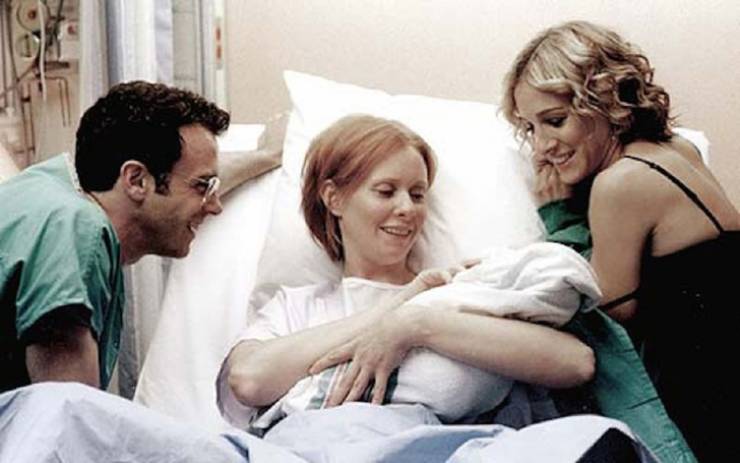 From one of our previous articles, you might already know that Sarah Jessica Parker was hiding the fact that she was pregnant, but she was not the only star of the show that got pregnant during the project. But because Cynthia Nixon’s character Miranda could get pregnant in the show, she didn’t have to hide her big belly. 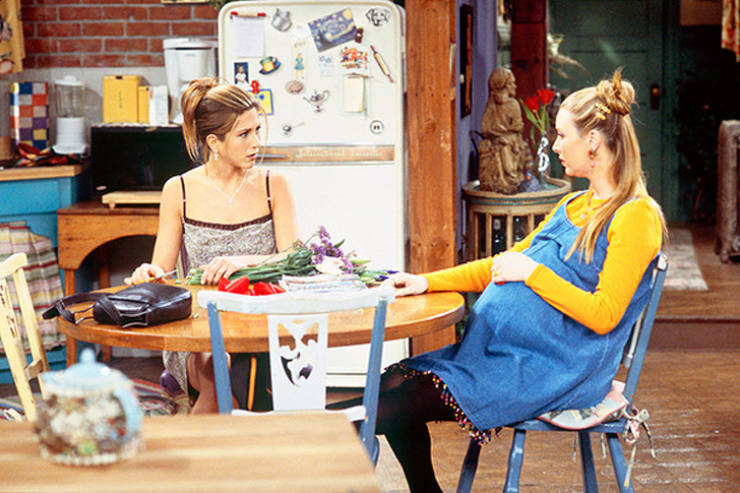 In season 4, Lisa Kudrow’s Phoebe agrees to become a surrogate mother for her half-brother because the actress was actually pregnant. But Phoebe had triplets and Lisa only had one child, this is why she had to use a pillow to imitate a giant belly. 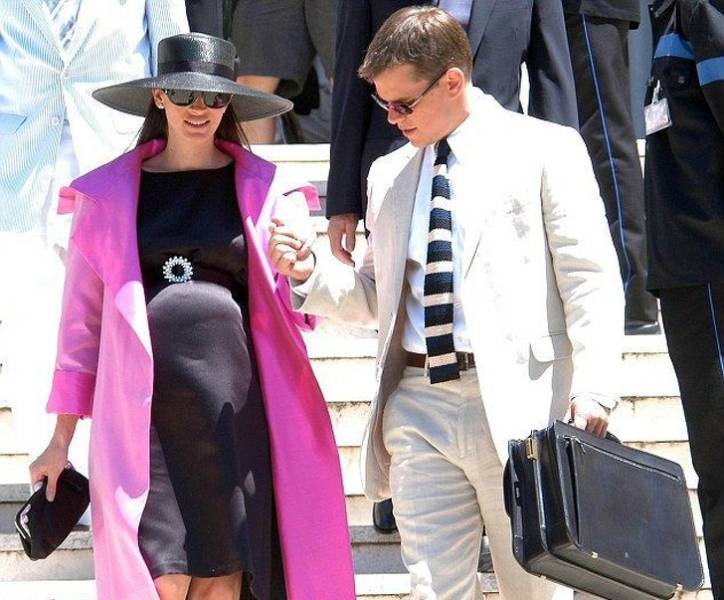 It’s funny that Julia Roberts played a woman that only pretended to be pregnant, while the actress herself was actually pregnant in real life! And even though the film was a flop, Roberts had healthy twins. 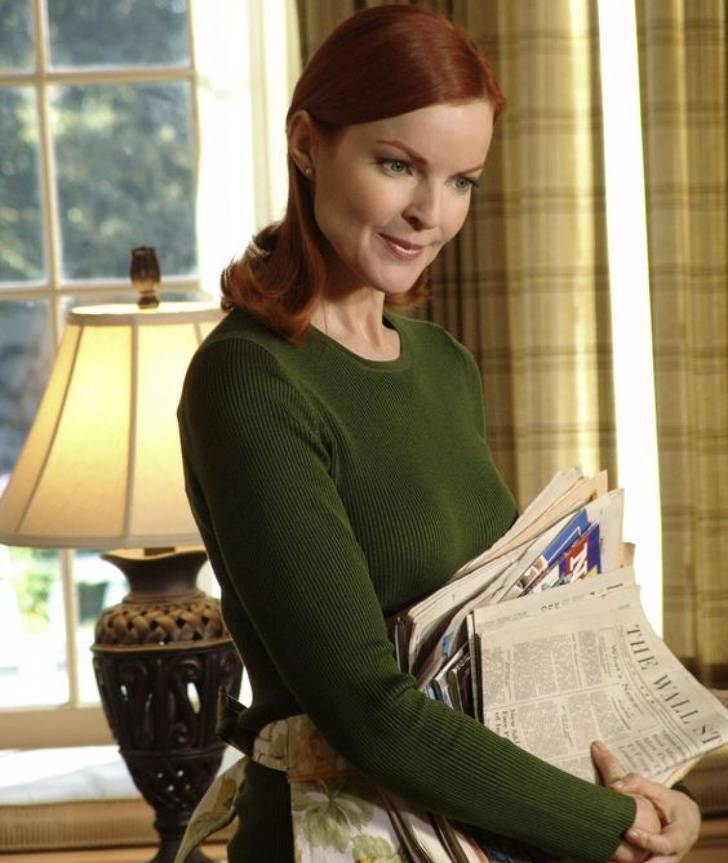 A short time before she turned 45, the actress found out that she was pregnant with twins and the story took a sudden turn: Bree Van de Kamp (Marcia’s character) pretends to be pregnant in order to avoid the public shame.

By the end of her pregnancy, the actress felt so bad that the whole shooting process was moved to her apartment, but everything ended well — she had 2 healthy children.

Alyson Hannigan — How I Met Your Mother
6 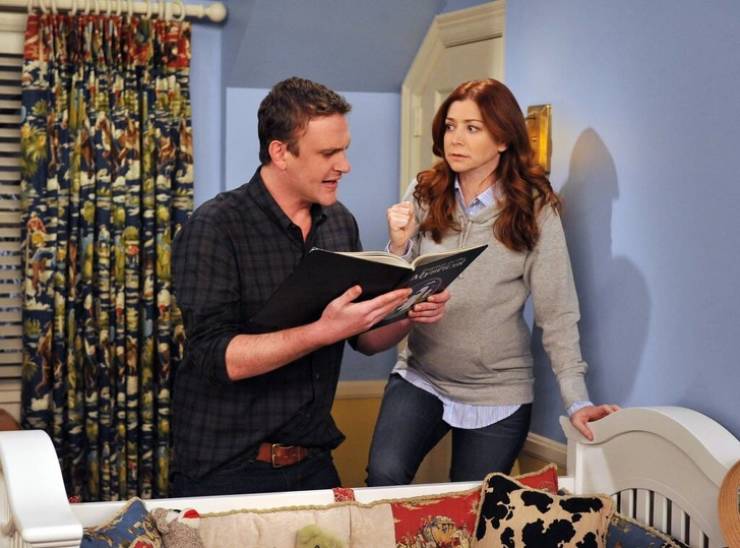 During the shooting of the series, Alyson Hannigan managed to get pregnant twice. The first time, her pregnancy was hidden by all means possible (the right clothes and the right camera angles), and the second time, the scriptwriters decided to avoid all the trouble and make Alyson’s Lily Aldrin a happy mother. 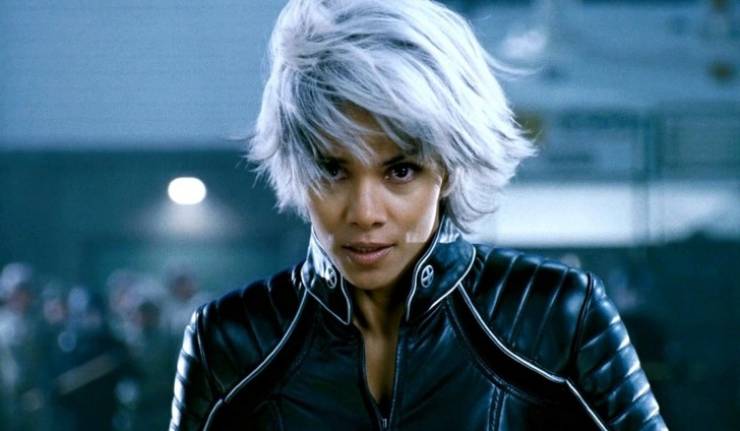 Pregnancy during the shooting of the blockbuster was a real surprise for Halle Berry because her character Storm just couldn’t appear pregnant.

The director, Bryan Singer, did everything he could in order to hide this fact from viewers: Storm’s role was reduced, her costume was changed, and in the fighting scenes, the actress was replaced by a stunt double. 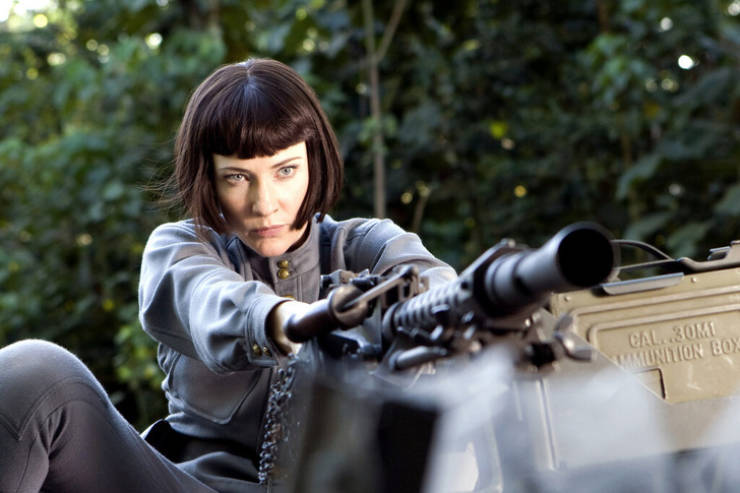 This dedicated movie star managed to handle all of her difficult stunts and never ended up needing a stunt double.

Penélope Cruz — Pirates of the Caribbean: On Stranger Tides
9 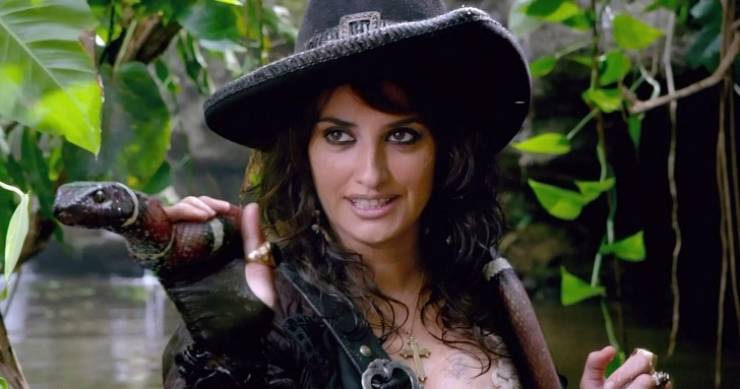 In the fourth film about Captain Jack Sparrow, Penélope Cruz had to appear at the early stages of her pregnancy. And even though her belly was still impossible to notice, cameramen had to do more close-ups of the actress to hide any signs that she was pregnant.

Despite the fact that the characters had to spend a lot of time in the sea, the actress successfully overcame all the dangers of the first trimester. 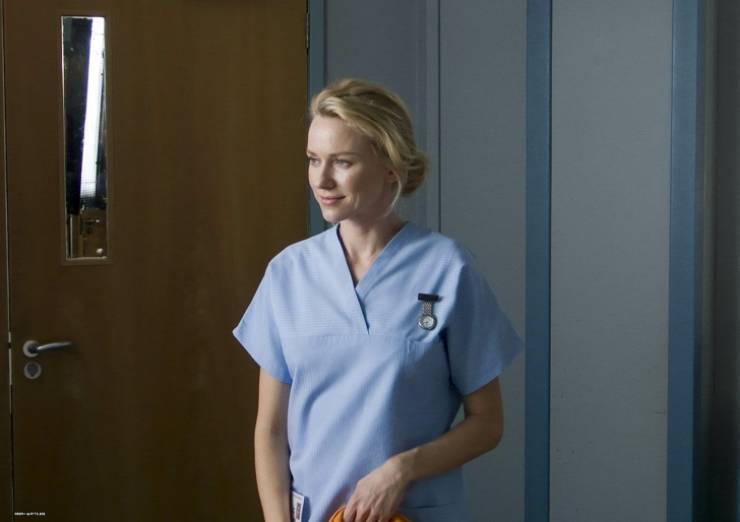 Despite the fact that Naomi found out about her pregnancy right after the start of the shooting, like many women, she decided not to tell anyone about this because she had just gotten pregnant. It was only the costume designer who guessed correctly that she was pregnant when he noticed that her character’s clothes didn’t fit her anymore. 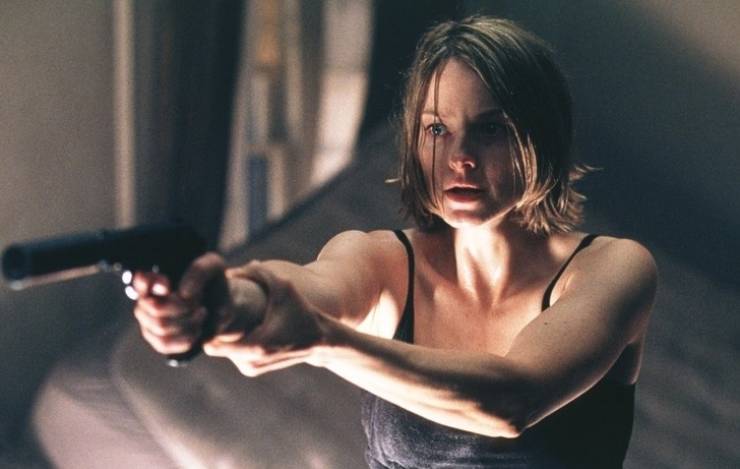 Jodie Foster didn’t plan to take part in this thriller, but after Nicole Kidman left, she agreed to do the role. During the shooting, she found out that she was expecting her second child. This didn’t prevent her from playing her role well and, according to her, only made her stronger. And all the scenes where she had to wear tight T-shirts and do all the difficult stunts were shot at the early stages of her pregnancy. 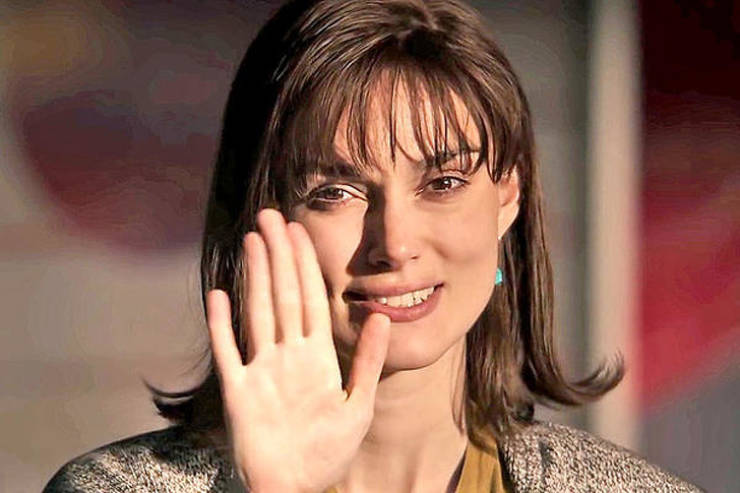 Her relationship (the actress is married to James Righton) was revealed to the public by accident after Keira published a photo with a baby stroller. When she was pregnant, she was working on the film Everest where she played the pregnant wife of a climber. But the fact that the pregnancy was real was not known even by the crew members. 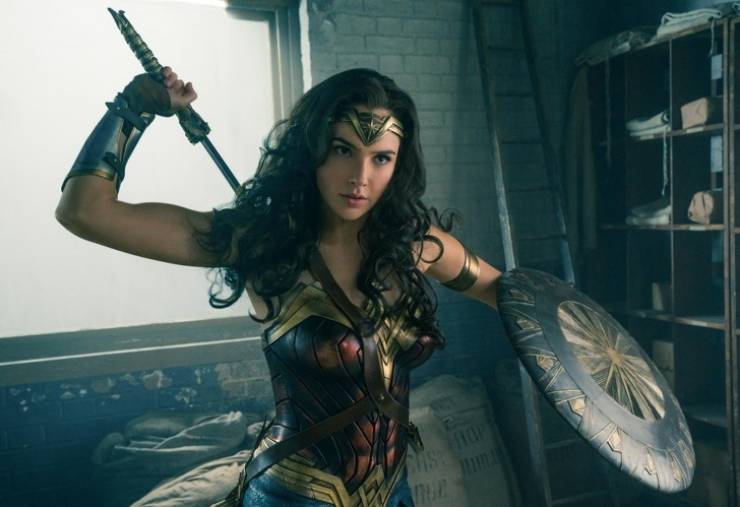 Gal carefully hid her pregnancy from the crew and did all the stunts by herself. But of course, during the post-shooting process (several months after the end of the work, the actors are asked to redo some of the scenes), because the pregnancy became obvious.

The star had to wear a special model of the costume with green around her belly in order for the team to be able to remove the belly in post-production.

Court 6 month s ago
The very best pregnant while filming is the kings mistress in Series 2, episode 1 of Versailles.. Can't recall her name but, she is totally nude, beautiful and very pregnant in a couple of scenes..
Reply