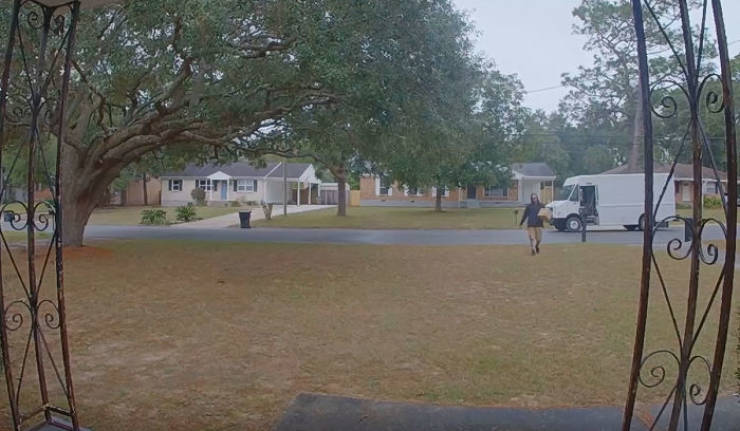 We get that it can be a crazy hectic job – especially at this time of year – and drivers are underpaid and overworked. Packages are also designed to be able to handle a bit of rough treatment, and time is of the essence. But still. A little respect for the job shouldn’t be too much to ask. 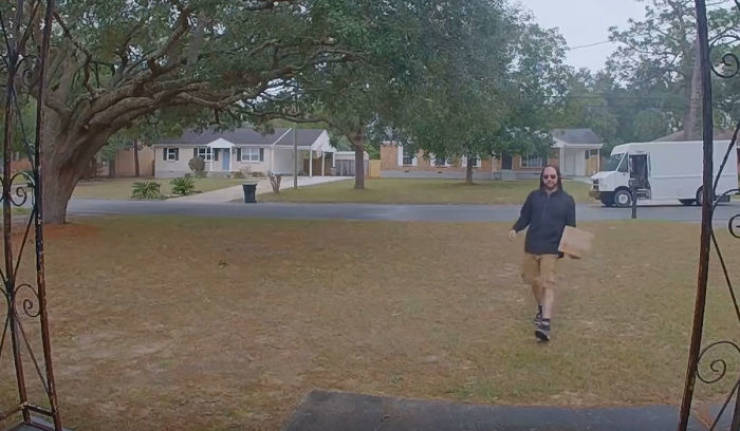 This guy is clearly a trainee, and he still has quite a lot of learning to do. Waltzing up to make his delivery, all seems normal enough, although he is not in uniform and his truck isn’t marked. Perhaps he is a subcontractor of FedEx? 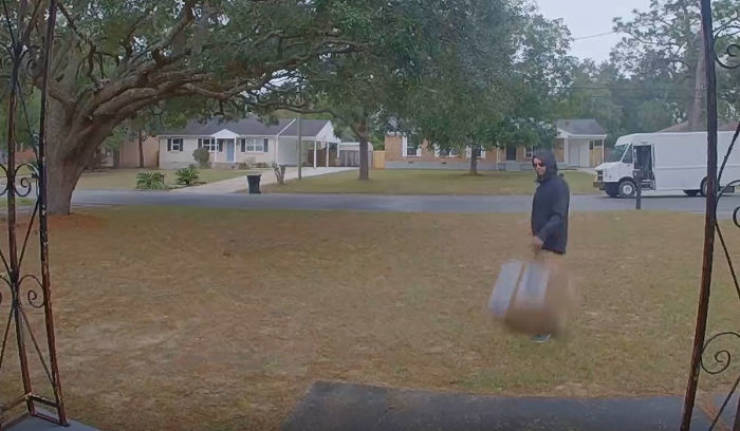 Having gotten as close as a couple of metres to his delivery point, he suddenly decides that enough is enough. Walking is for suckers, man! He casually tosses the package onto the porch and turns back to his truck. 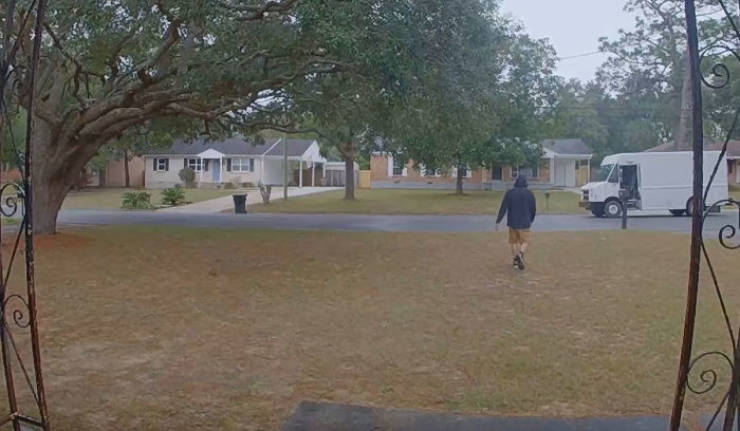 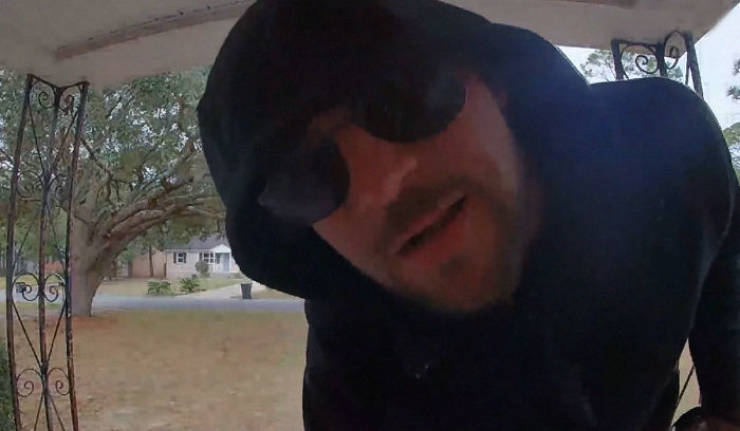 Little did he know that the package contained a $1500 camera lens, which you might imagine to be fairly fragile, and he was being captured on film as he made his careless delivery. 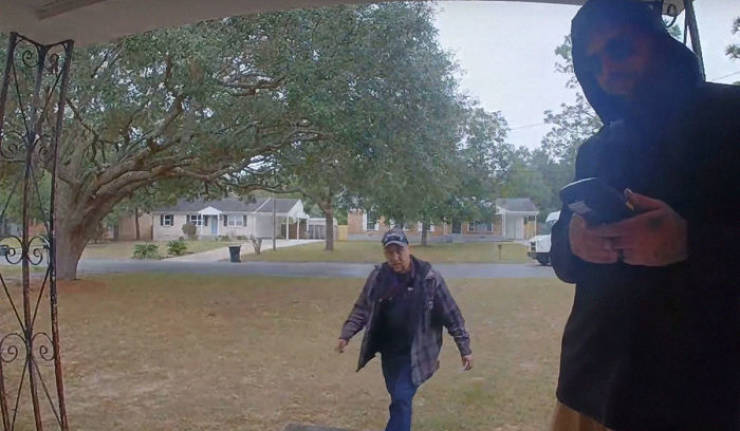 In the end, he had to go back and get his supervisor anyway – the package needed a signature. Something else that could’ve been foreseen with a little advance planning!

The video was shared by Florida-based photographer Greg Riegler, who confirmed that the worker was a trainee contractor.  “I’ve been in contact with FedEx and the local distribution center,” he wrote on Reddit. “It’s a contractor, and the guy tossing the box seems to be training, which is crazy he already doesn’t care about his job.

“After the toss, the other FedEx guy kicks the box over to open the screen door to put a door tag on. They leave the screen door ajar, which for the rest of the day sets off motion alerts to my nest camera as well as blocks half our view. I know packages are supposed to be packed in a way they can handle drops and whatnot, but they shouldn’t be intentionally mishandled.”

Giving an update later on, Riegler assured us that it had eventually been delivered, safe and sound.

“A legit FedEx guy came last night to deliver it,” he said. “Opened the box and inspected the lens in front of the camera after receiving, everything appears fine! 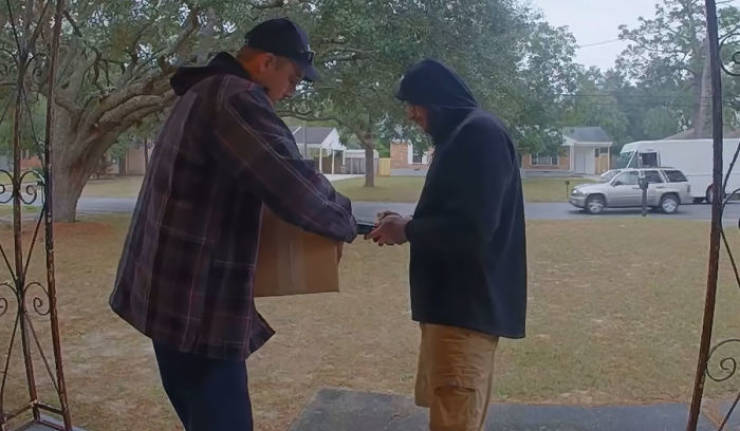 You can watch the entire video for yourself below

The episode had people comparing their own delivery horror stories, as well as calling for the tossing trainee to be relieved of his duties. What do you think? Have you ever experienced a disrespectful delivery like this? Or maybe you have a positive delivery guy story to tell? Let us know in the comments below!

Cream 1 year ago
And this is why they are paid exactly what they deserve...
Reply
3

on another note after watching the video, If I was a passerby toward the end, it looks like a couple of porch pirates in a POS unmarked van.
Reply
2

salamoon 1 year ago
i really wish that EVERY single one of his own ordered products from this point will be delivered like this one, no matter if tv or pizza. If this is his standard, he should get it the same way.
Reply
1

Amazing 1 year ago
Fedex delivered my lathe by throwing it to the cement and busting it. It was a 100 pound lathe and he destroyed it. When I called they said it was only insured for $100 thought it was a $700 lathe. I told them it wasn't good enough since the driver literally lifted it to chest height and dropped in on the concrete. They told me "Well, tough sh#t" and hung up on me.
Reply