The Most Fabulous Celebrity Couples Of The ‘90s (26 pics) 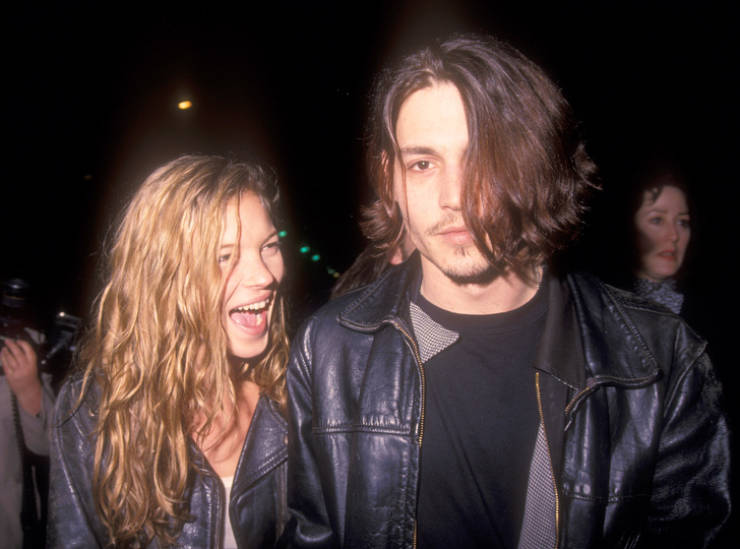 Kate and Johnny dated for 4 years. Reports say that their breakup was due to Johnny having constant mood swings. 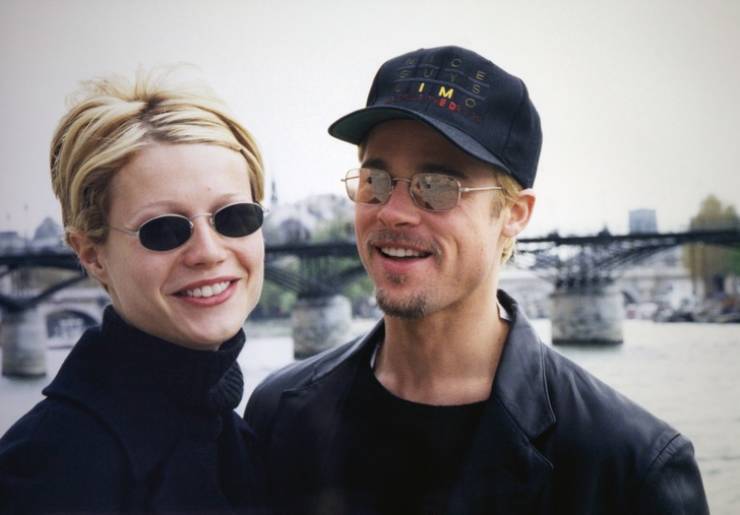 After 2 years of dating, Brad proposed to Gwyneth, but 6 months later they broke up. However, during the time they were dating, they were crazy about each other, they even had matching haircuts, at some point. 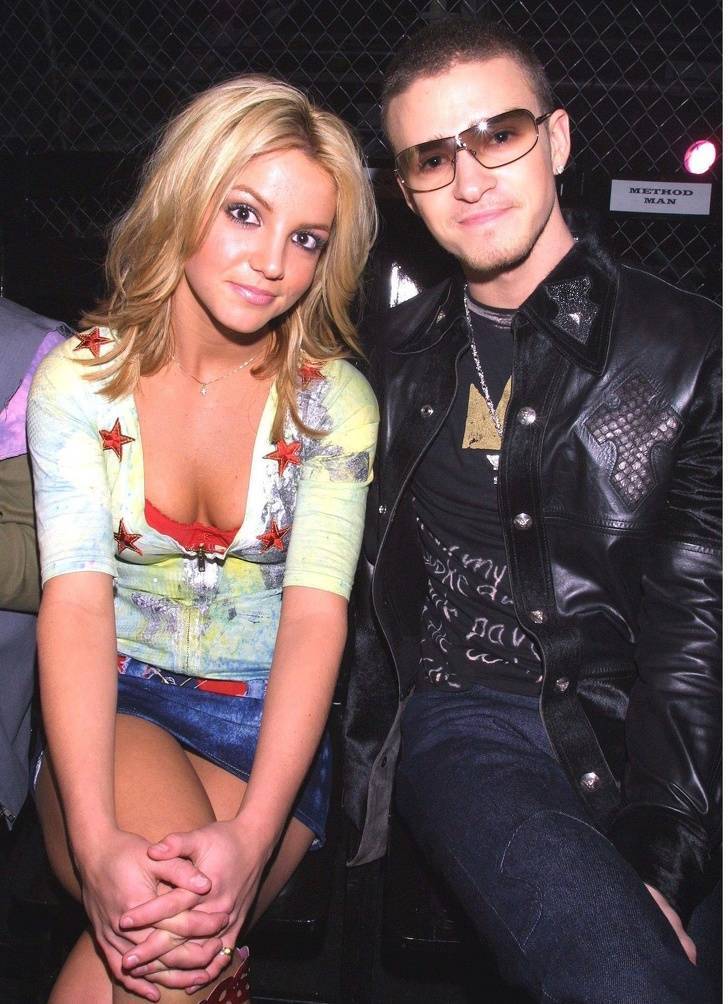 The couple started dating around 1998, when they both started touring together. Their breakup in 2002 resulted in Timberlake writing his popular song Cry Me a River. That song is about Britney Spears. 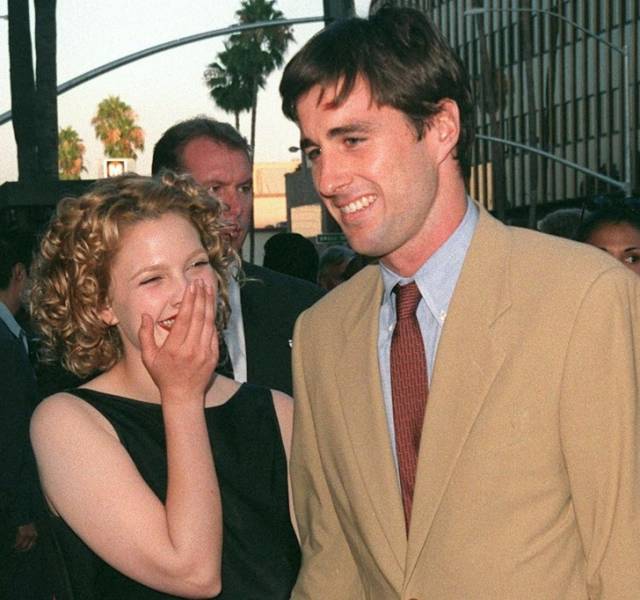 Drew and Luke started dating after filming Home Fries in 1997. They dated for 2 years but then broke up just before filming Charlie’s Angels. They were both actors in the movie Charlie’s Angels but thankfully not love interests. 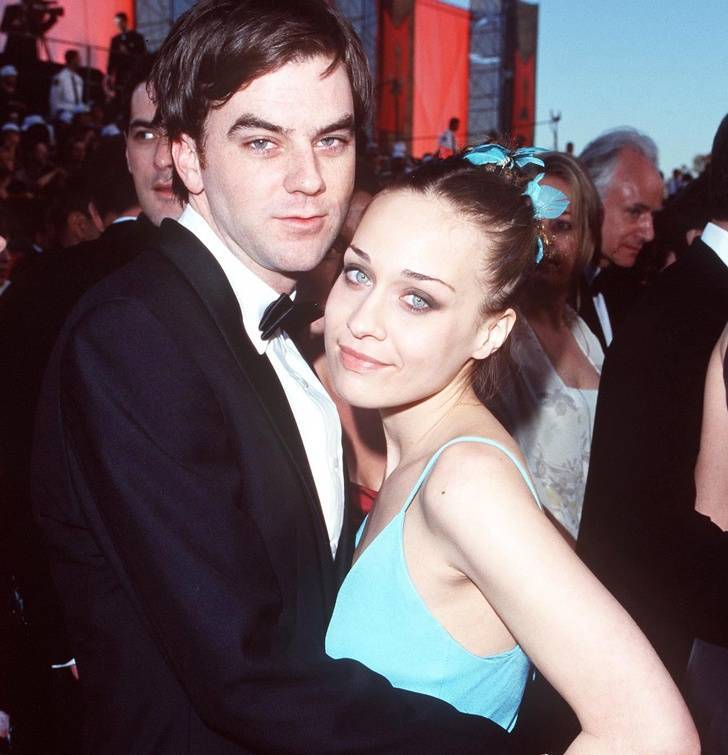 They were once called the “coolest, dorkiest, sexiest, and most indelible celebrity power couple of the ’90s.” The 2 broke up in 2000, but worked together again a decade later. 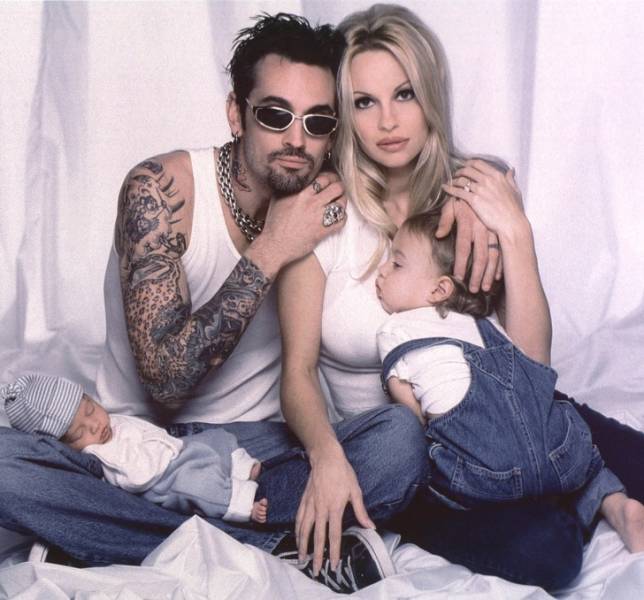 The 2 stayed officially married for 3 years and had 2 sons before they got divorced. Even though they were one of the most popular couples of L.A., their marriage was full of scandals and “breakups.” 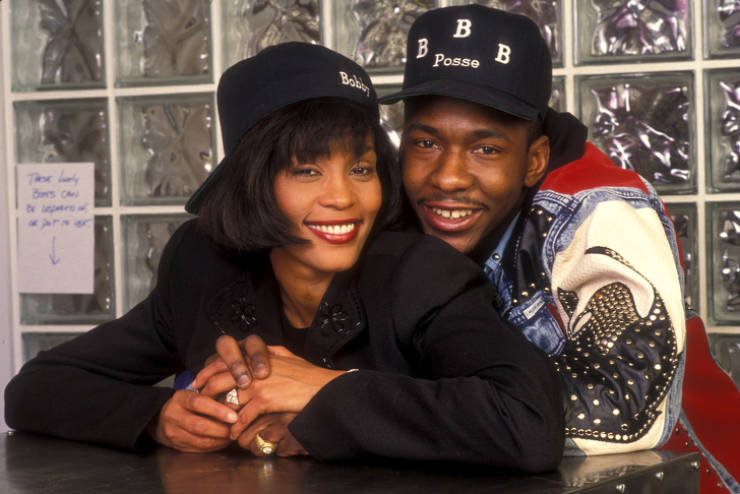 Whitney Houston turned down Bobby’s first proposal because it was not in her plans to get married at that time. However, in 1992, the 2 tied the knot. Their marriage lasted for 14 years. 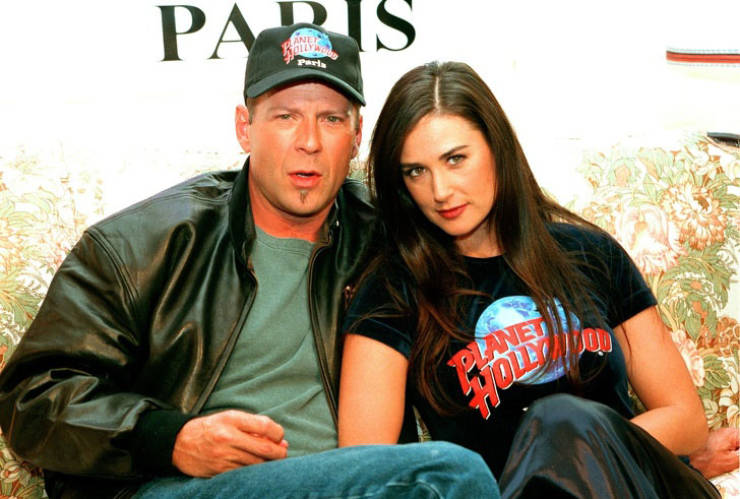 They dated the whole ’90s decade and had 3 kids before getting divorced in 2000. The 2 stayed very close friends and Bruce even attended Demi’s wedding to Ashton Kutcher in 2005. 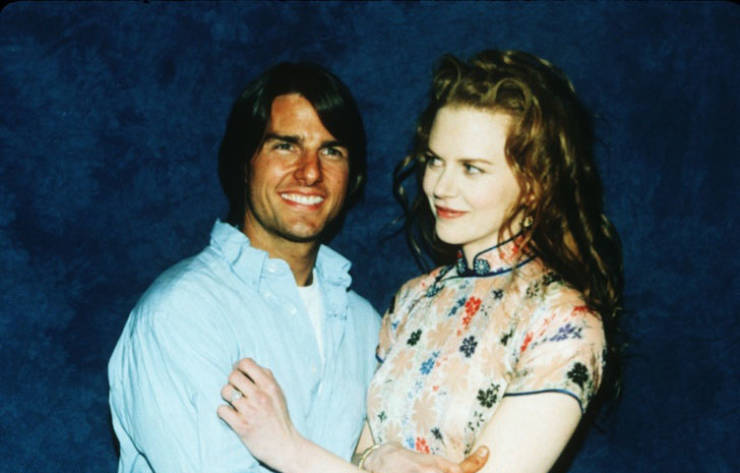 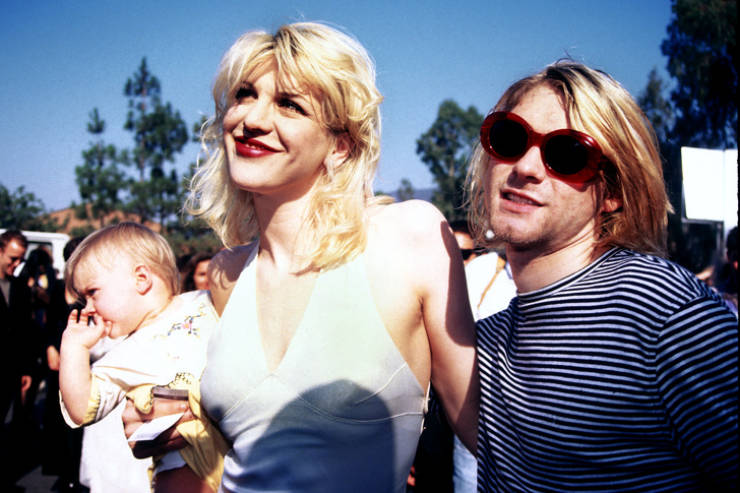 Their relationship was full of controversy related to the use of illegal substances, even while Love was pregnant. Their romance ended when, in 1994, Kurt decided to end his life and is still remembered as one of the most important romances in the grunge scene. 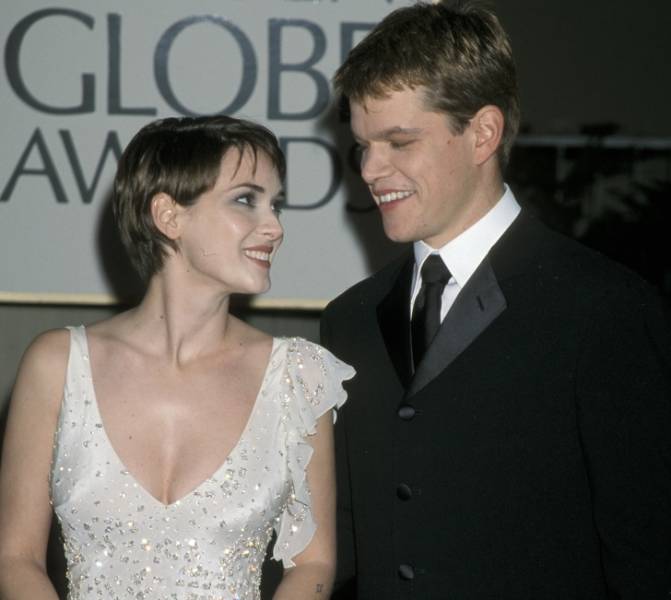 According to a 2009 interview, Winona and Matt seem to be on good terms now. During the interview Winona said “Matt couldn’t be a greater, nicer guy. I’m really lucky that I’m on good terms with him.” 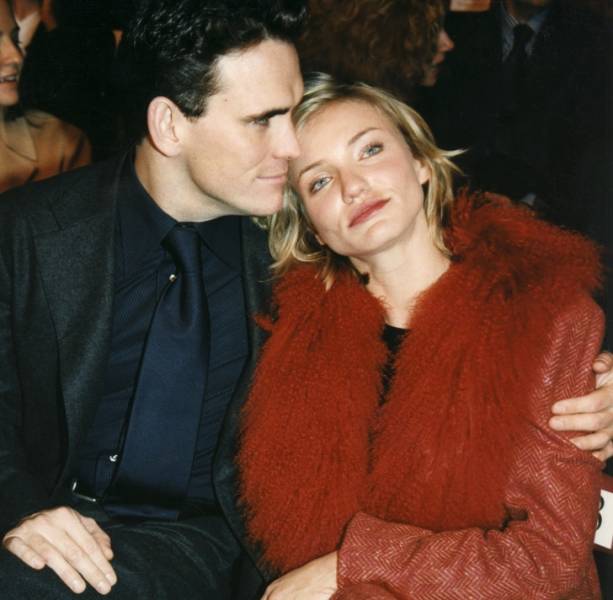 This relationship had a huge impact in Matt’s life. In his words. “It’s a very powerful thing when you feel that way about somebody. Cameron was a muse for me. I hadn’t been in any deep emotional relationships.” 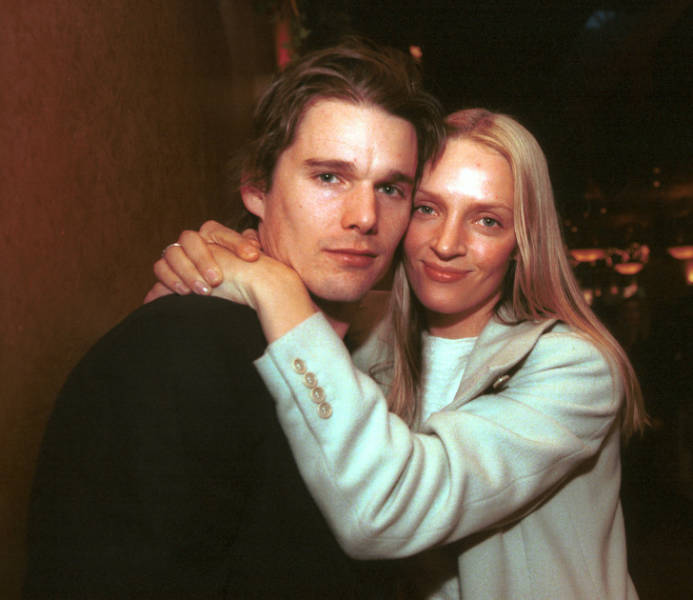 During an interview the same year as their divorce, Uma told Oprah that her separation from Ethan was very hard for the whole family. 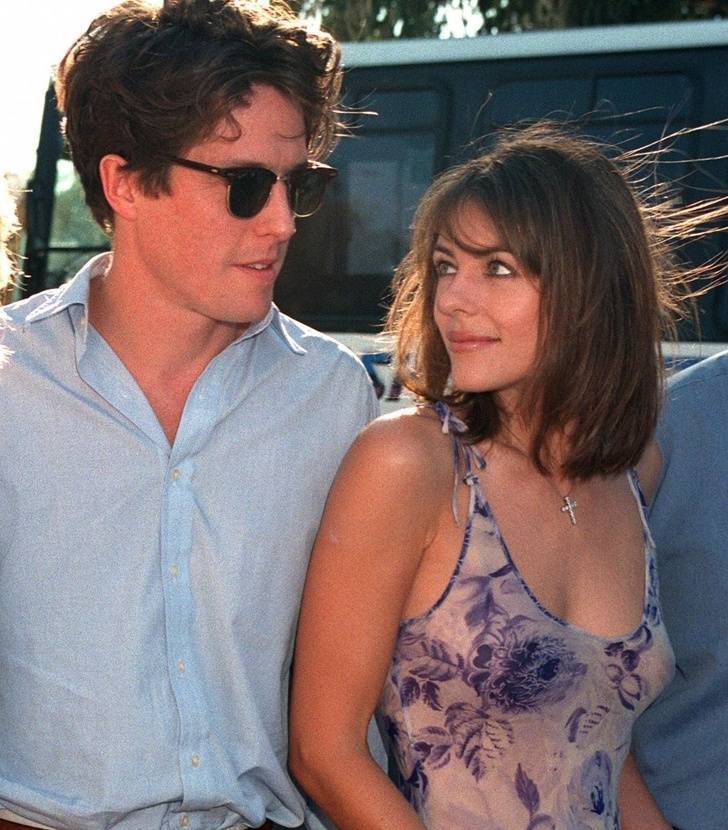 After 13 years of a relationship that started in 1987, they split in 2000. After that, the 2 stayed absolute best friends and commonly talk about each other during interviews. They are also still present in each other’s lives. 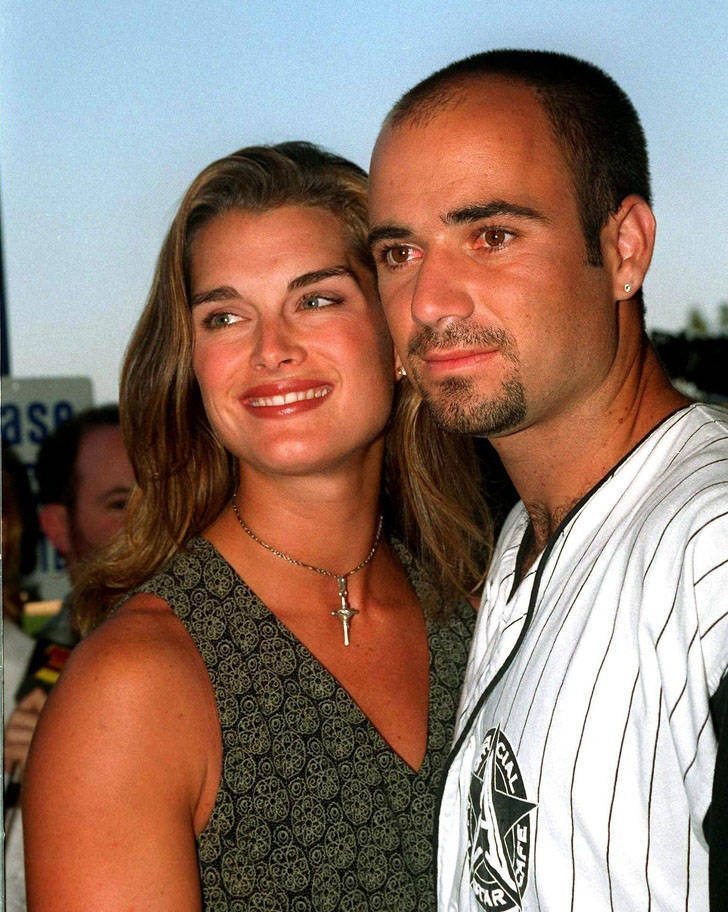 In a 2016 memoir, Brooke Shields revealed that Andre had a drug addiction. She also mentioned that he destroyed his tennis trophies when he saw her in a flirtatious guest scene on the TV series Friends. However, she also said that “the whole relationship with him was so necessary.” 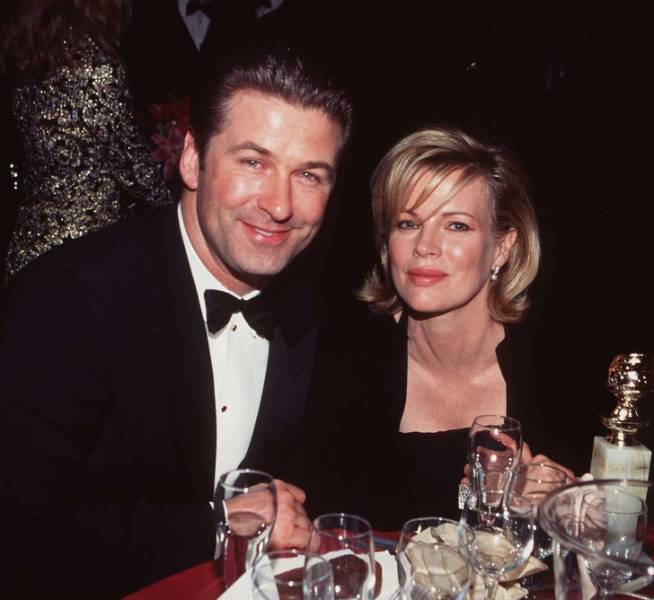 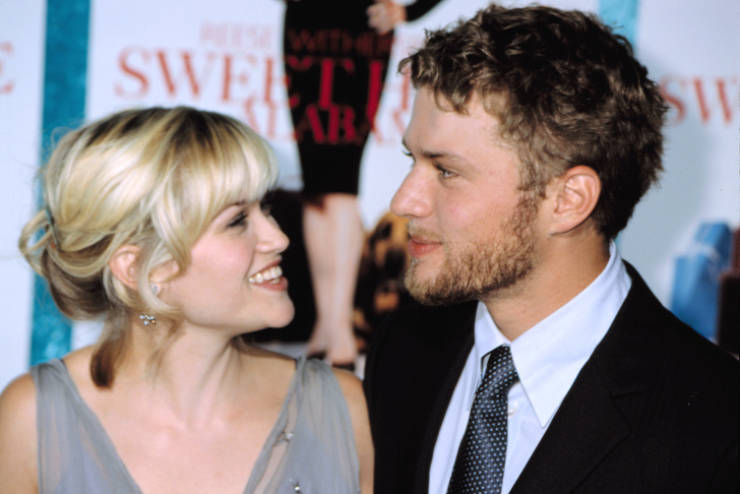 After welcoming 2 kids into the world in 1999 and 2003, the couple separated in 2006. They both blame the divorce on them being too young when they got married. 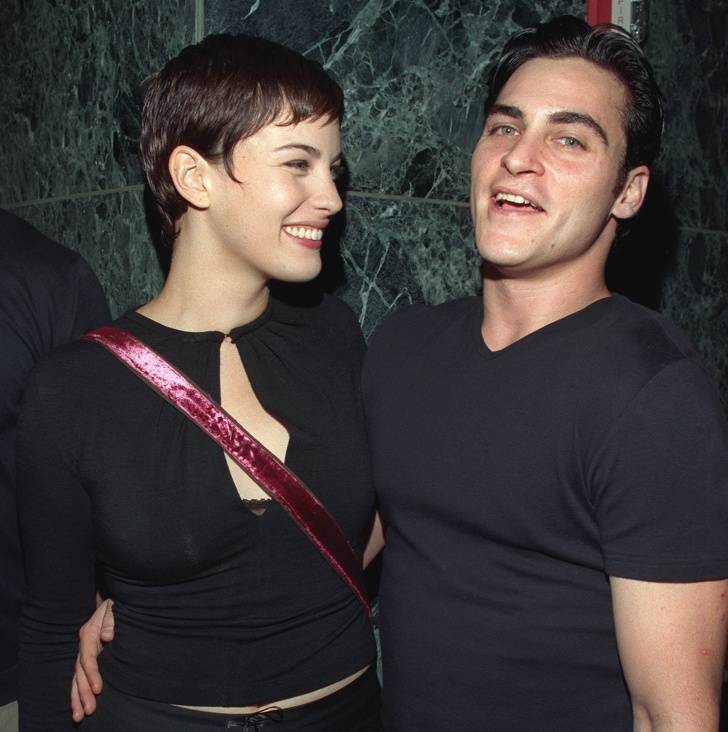 They split in 1998 but remained really good friends. According to a 2015 interview for Elle, Liv still considers Joaquin like family. 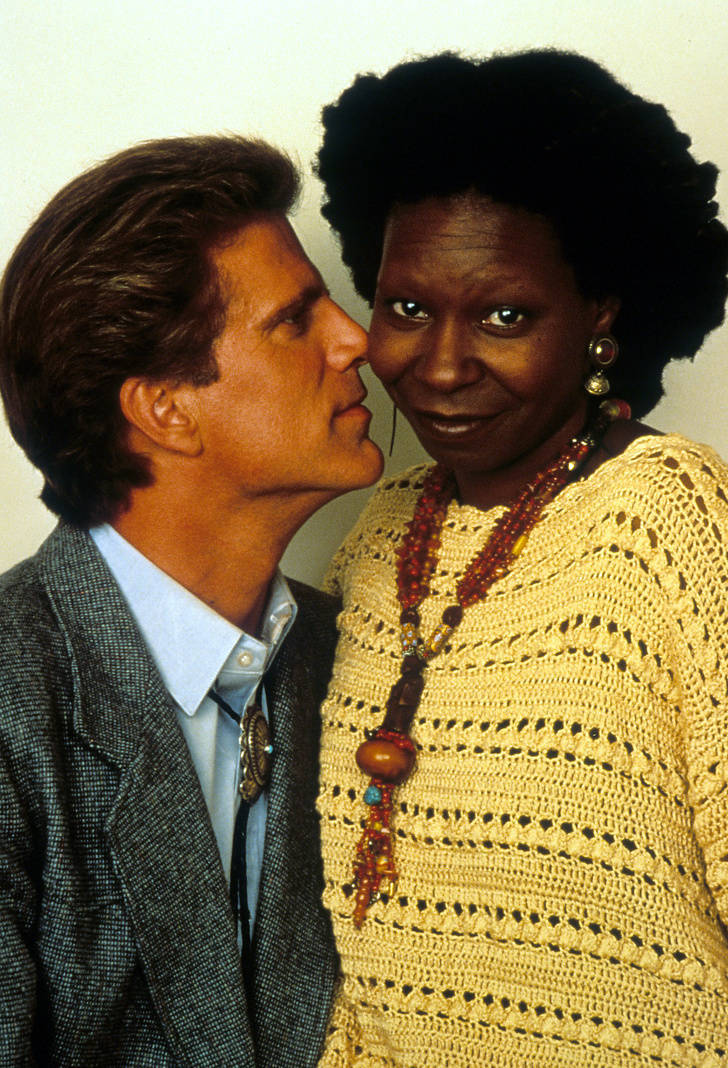 Their romance unfolded in 1992 when they were starring in the movie Made in America. Resulting in the $30 million divorce of Ted and Casey Coates. They split 2 years afterward. 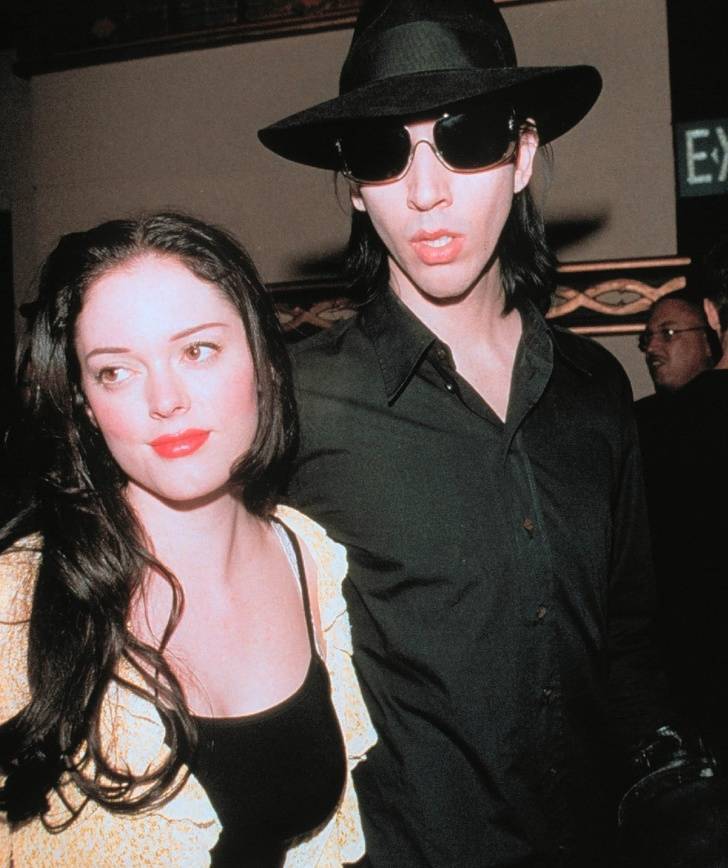 Things between them changed after the 1999 Columbine massacre. It was the first mass-shooting at an American high school. During the mass-shooting the killers wrote about disliking Marilyn Manson. The news outlets linked Marilyn to the shooting, blaming it on his musical influence. The couple started receiving death threats and eventually broke up in 2001. 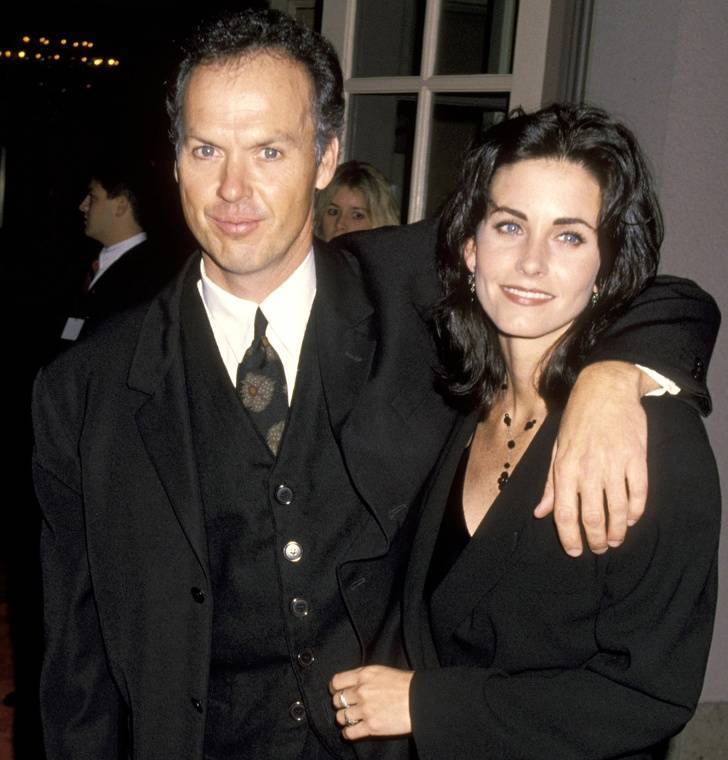 After their split, Courteney told People magazine: "It’s the most important relationship I’ve ever had, and I think he’s the most wonderful person I’ve ever met“...“We still love each other.” 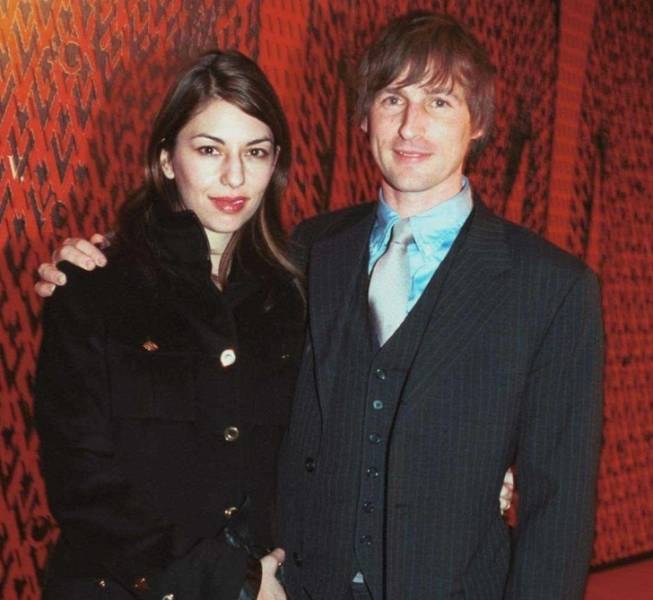 Following their split in 2003, many people believed that one character from Sofia’s iconic film Lost in Translation was inspired by Spike Jonze. People also believe that there’s is a connection between that Coppola film and the film Her written and directed by Spike Jonze. 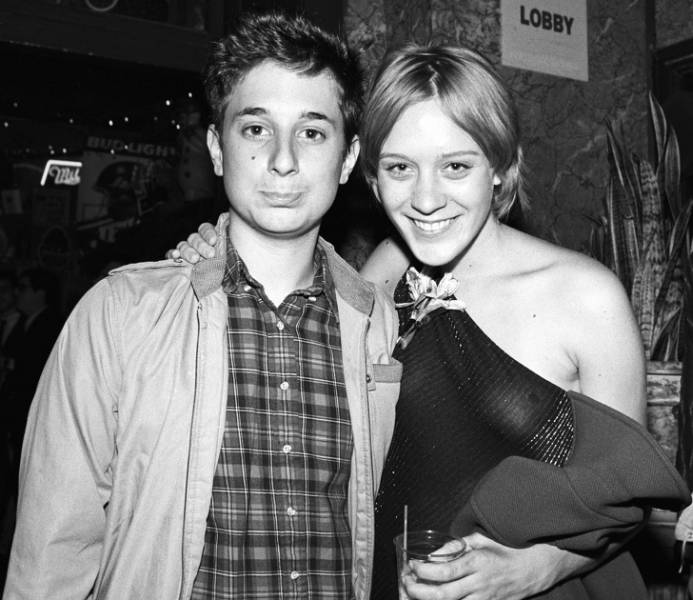 Chlöe and Harmony met when she was a senior in high school. Shortly afterward, he casted her in his film Kids. It was her first film. 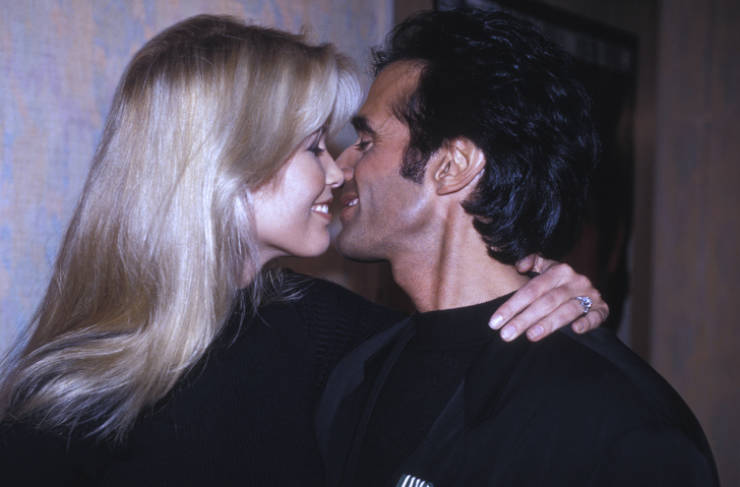 Claudia was often a special guest in David’s illusion acts when they were together. 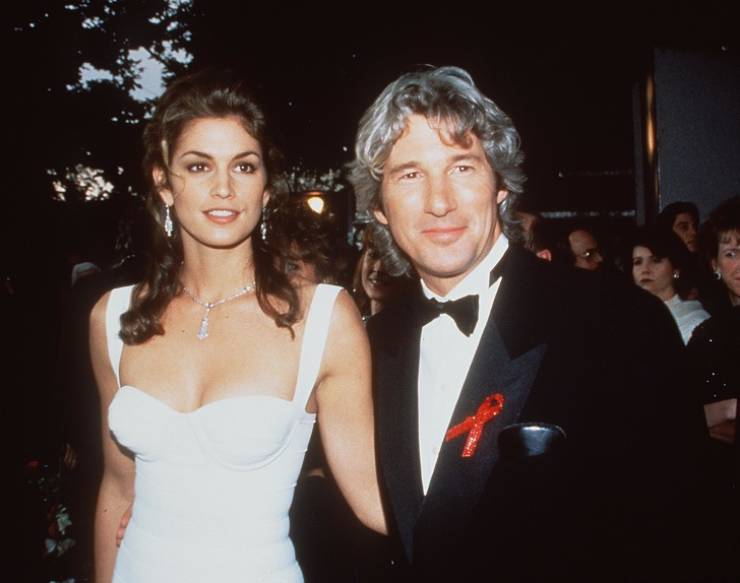 Cindy Crawford blames their split on their 17-year age gap. 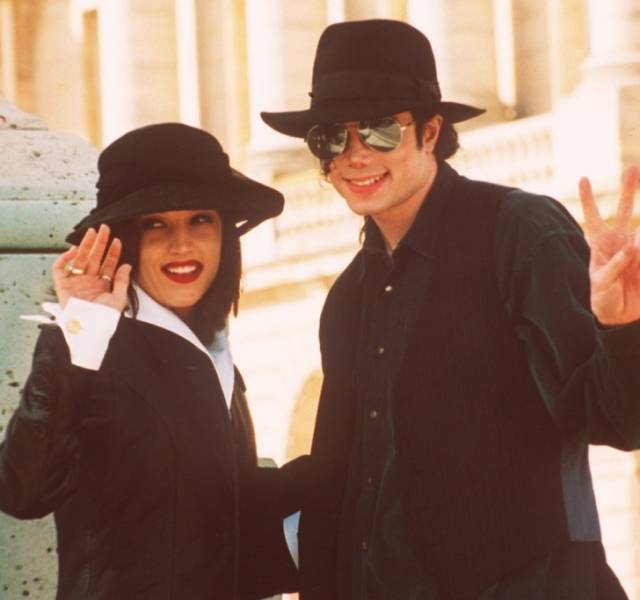 The couple was inseparable. Lisa even stayed on Michael’s side when he was accused of sexually abusing young boys in the ’90s.

Hello 6 month s ago
#7 In their later years, Whitney and Bobby used to come into my restaurant and sit at the bar. They always looked very unassuming and were very nice until one of our cooks tried to take their picture and Bobby chased him through the kitchen and out the back door. Fun night! They never came back.
Reply