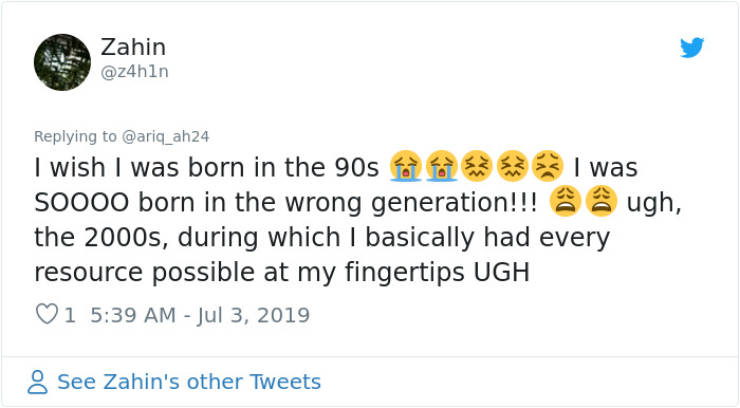 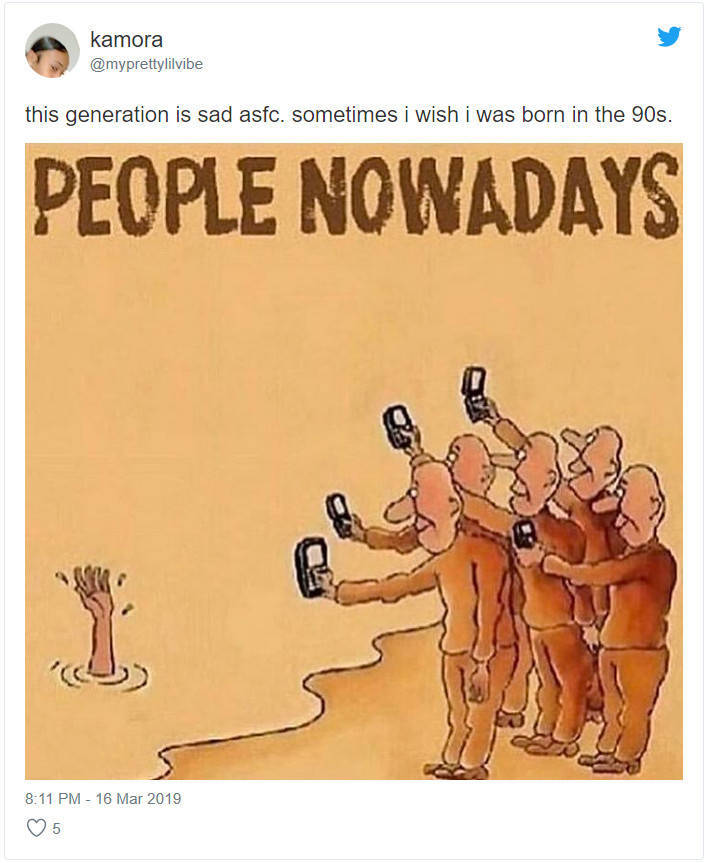 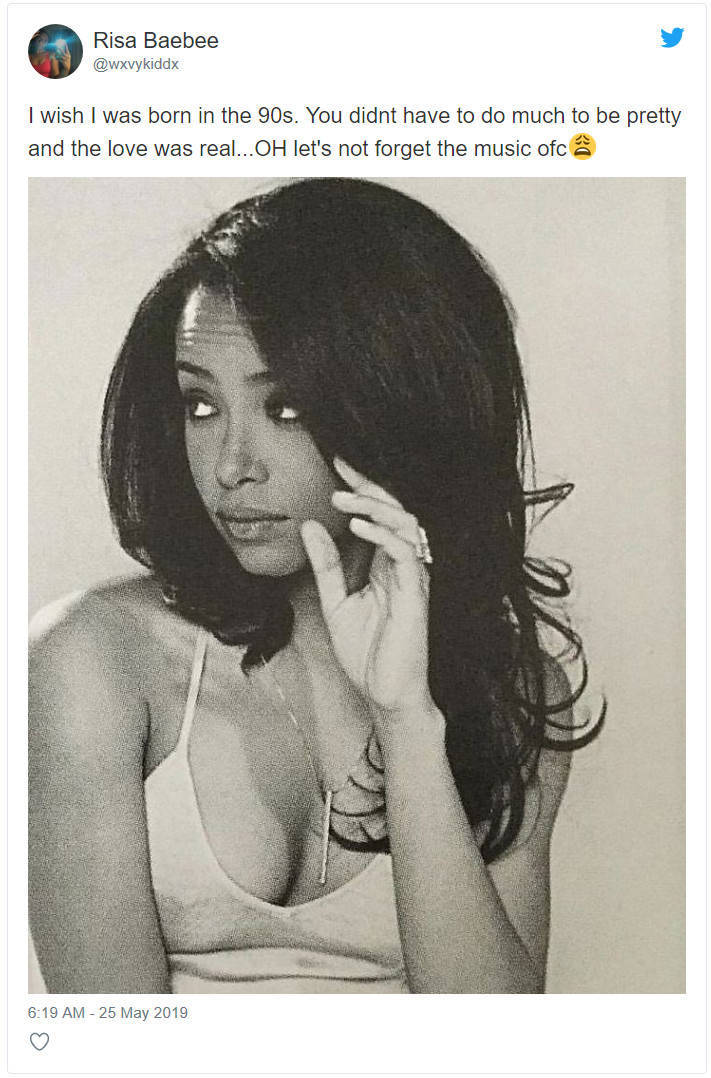 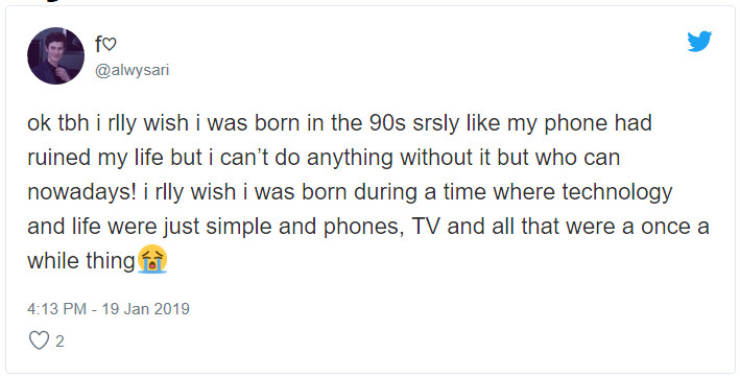 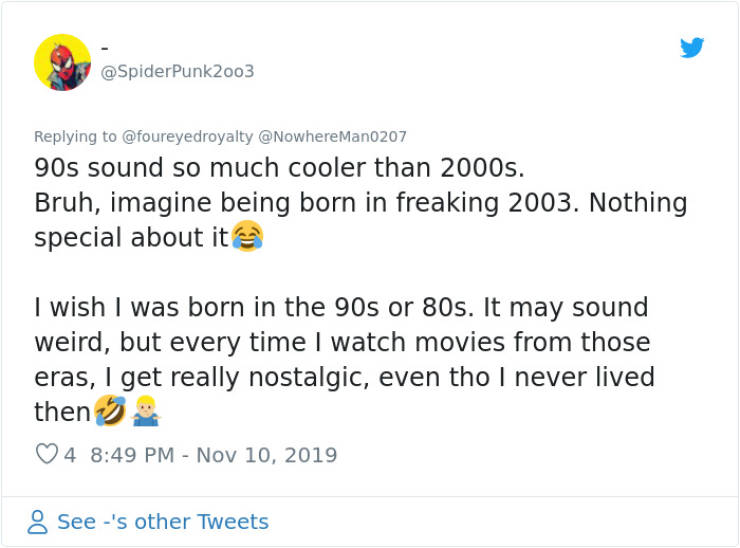 Other 1 year ago
I had kidney surgery in the 90s and was left with an 8 inch scar. Same surgery now is laparoscopic. I'm always amazed at this line of thought. I mean, you can still listen to 90s music and choose whether you want vinyl or MP3.
Reply
0

Creative 1 year ago
Wow...I was really bummed out about some other things until I read these comments, and now I realize that there's hope.
Reply
0

Figure 1 year ago
Kids always glamorize previous generations because they weren’t there to see the major issues. The 90s still had huge intolerance towards gays, women in the workplace, and race. War was still going on, terrorist attacks, and sh#te politicians. And gang warfare was at its peak. Rappers aren’t talking about Compton, Oakland, and killing cops and rival gang members as much. Drive bys were really common. That sh#t was real in the 90s. My Dad carried a gun to work just to drive through a small section of Oakland because carjacking was so common. And then there were the rogue Oakland cops and “guardian angels” vigilantes murdering people left and right and getting away with it. Same across the nation: Rodney King, Columbine, Olympics bombings, unabomber. Sure, simpler times - tweakers EVERYWHERE, no gps on cars so theft was huge, no video eye witnesses so violence and robbing was common, no cameras anywhere to convict the guilty... people got away with atrocities.
Reply