Past Decade’s Most Expensive Auctions (20 pics) 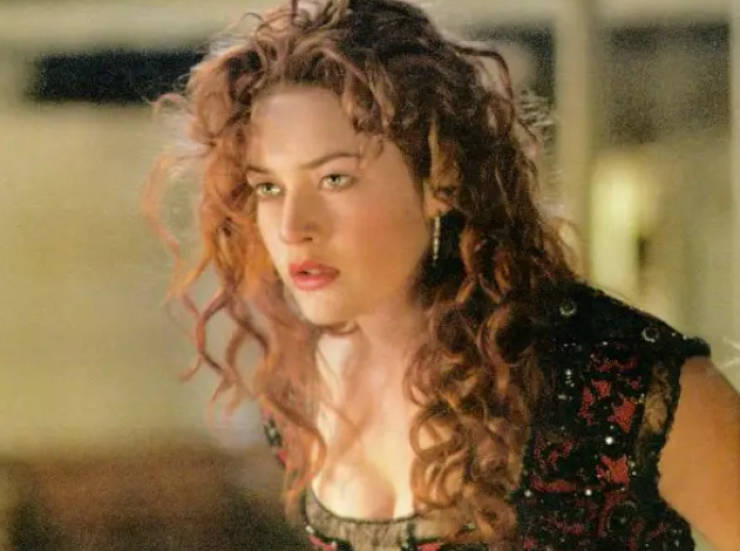 In the legendary film, Winslet wore the red-and-black dress when her character, Rose, first met Jack (Leonardo DiCaprio) on the ship. 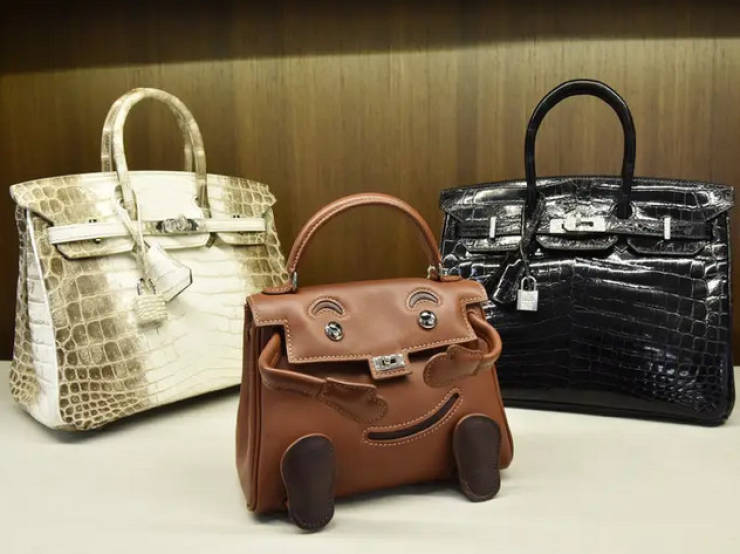 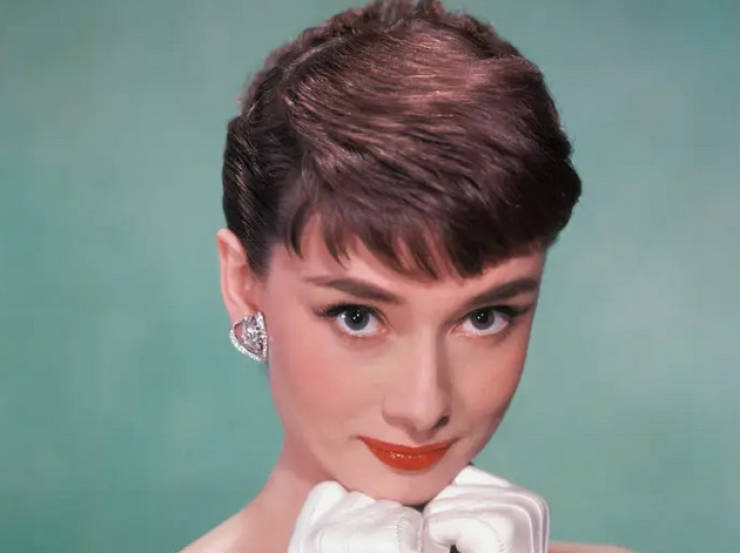 The Christie's auction also sold other items from Hepburn, like a white rotary dial phone and a working script for "My Fair Lady." 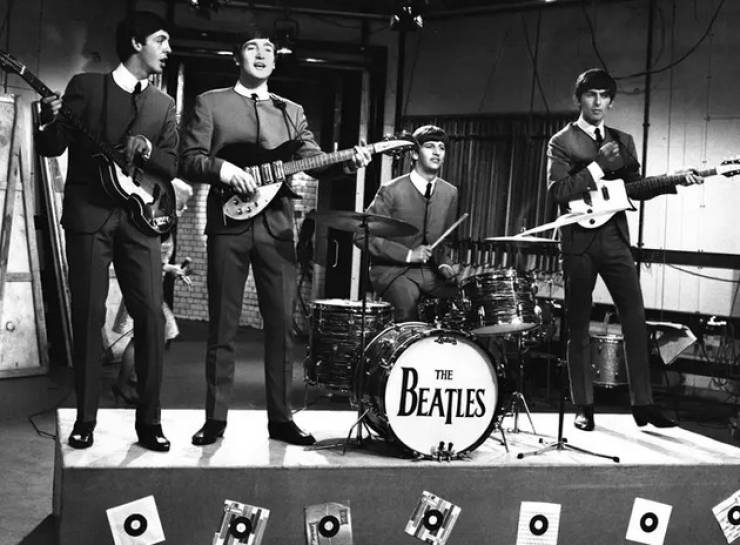 A drum set that belonged to Ringo Starr was sold at an auction hosted by Julien's Auctions for $2.2 million in 2015.

The famous Ludwig Oyster Black Pearl drum set was used in more than 200 Beatles performances between 1963 and 1964, according to ArtNet News. 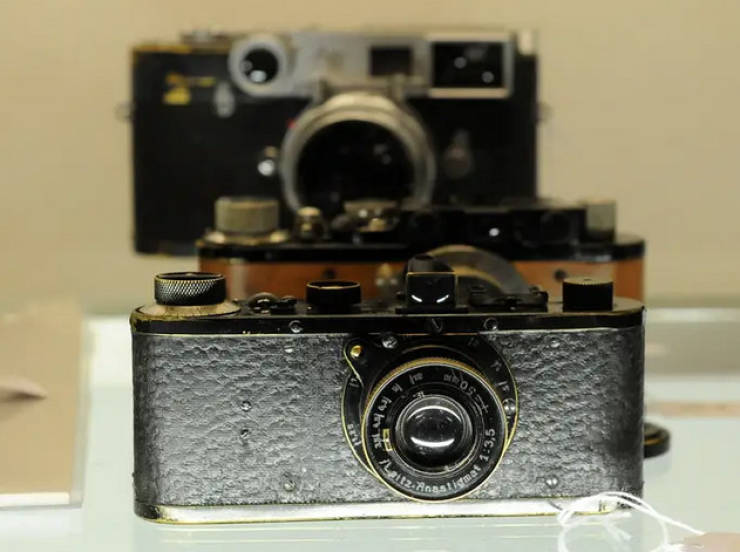 At an auction in Vienna, Austria, in 2012, the world's most expensive camera sold for $2.8 million. The camera was a Leica 35mm film model, which was one of only 25 produced in 1923 for testing.

In 2012, only 12 of the rare camera models were believed to still exist.

The most expensive dress ever sold at auction was Marilyn Monroe's "Happy Birthday, Mr. President" gown, which sold for $4.8 million in 2016.
6 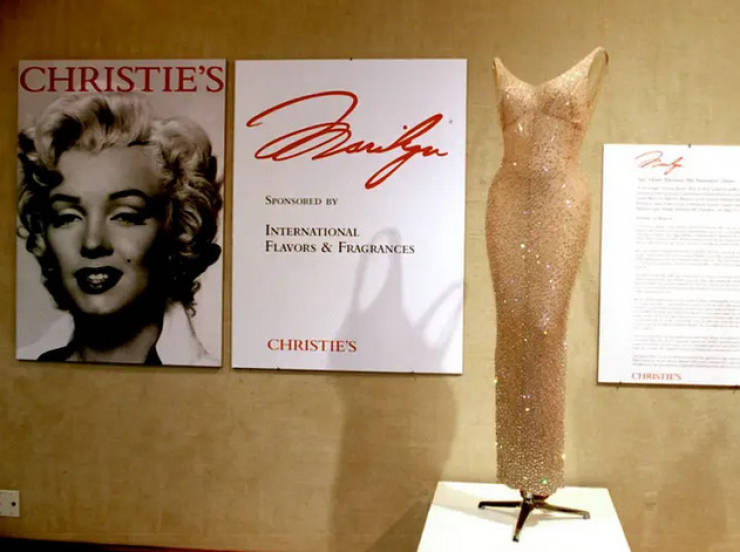 The famous dress was purchased by Ripley's Believe It or Not! at Julien's Auctions in Los Angeles in November 2016.

Monroe wore the iconic gown while performing for John F. Kennedy at a Democratic Party fundraiser event in May 1962.

An 18th-century Stradivarius violin sold for $15.9 million at an online auction that benefited disaster relief following Japan's 2011 tsunami and earthquake.
7 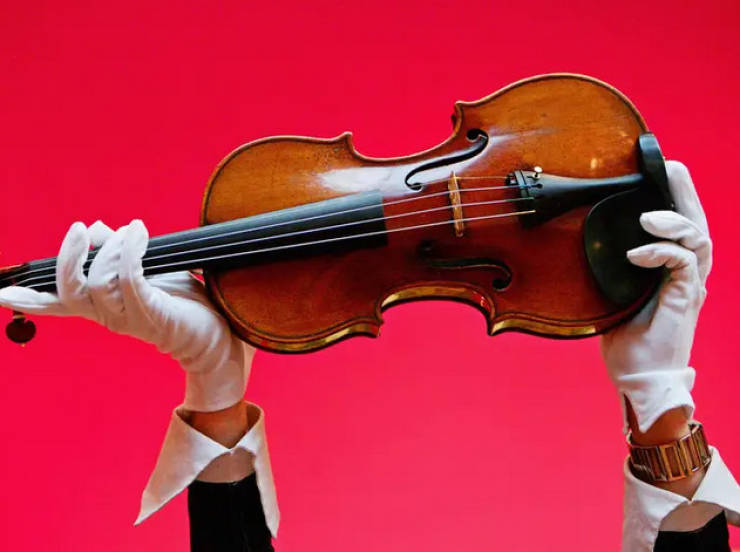 The BBC reported that the violin was crafted in 1721 and was once owned by Lady Anne Blunt, the granddaughter of Lord Byron.

It was sold in an online auction in June 2011 organized by a music foundation in Japan. The proceeds benefited victims of an earthquake and tsunami that devastated the country that March.

The most expensive wrist watch ever auctioned was sold for $31 million in November 2019.
8 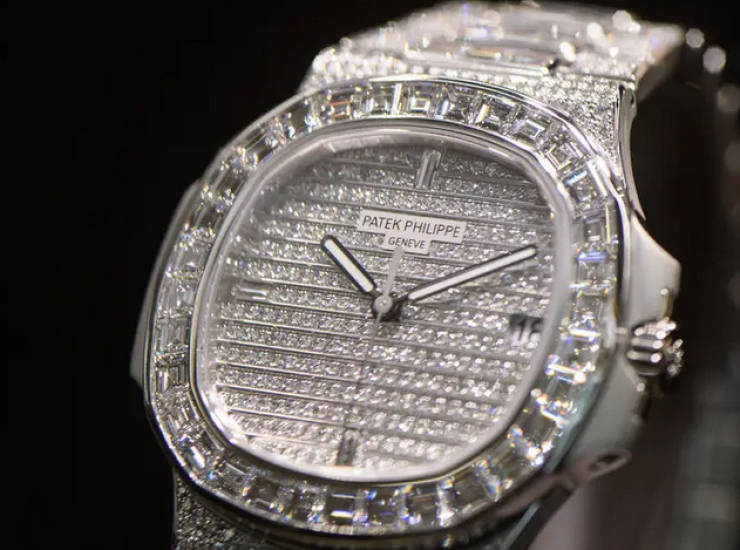 A Patek Philippe watch sold at a Christie's auction in Geneva that benefited research on Duchenne muscular dystrophy.

The $31 million Patek Philippe watch, in the Grandmaster Chime model, shattered the record held previously for an auctioned watch, a Rolex once owned by Paul Newman that sold for $17.7 million. 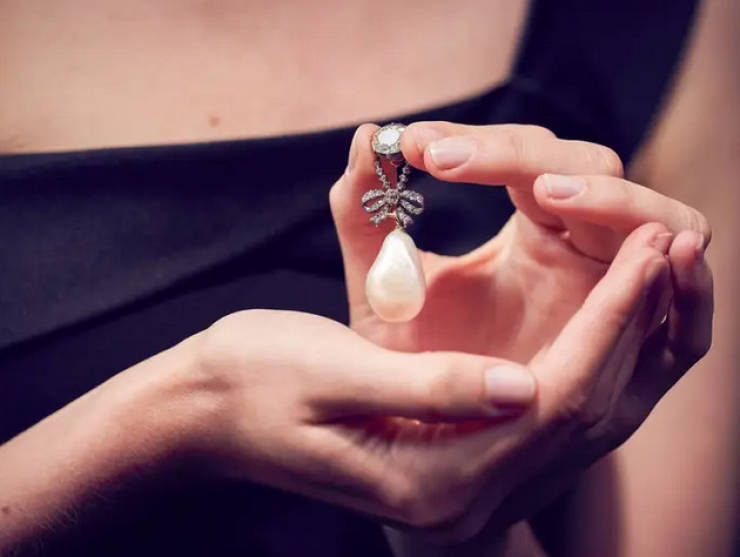 The most expensive pearl ever sold was Marie Antoinette's pendant, which was sold for $32 million at a 2018 Sotheby's auction.

According to reporting from Insider producers Rob Ludacer and Alyssa Pagano, the pearl used to be part of a diamond-studded pendant owned by the former Queen of France. 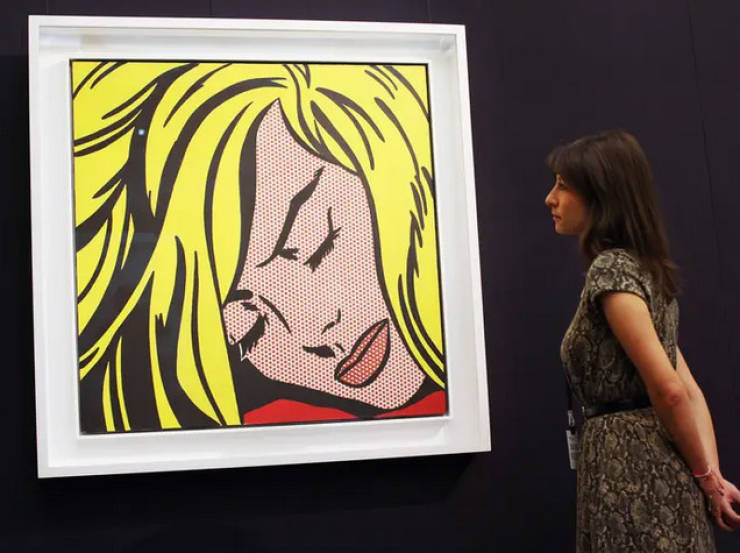 Pop artist Roy Lichtenstein's 1964 piece "Sleeping Girl" was sold at Sotheby's auction in 2012 in New York. It was previously on display at the Museum of Contemporary Art in Los Angeles, among other museum exhibits. 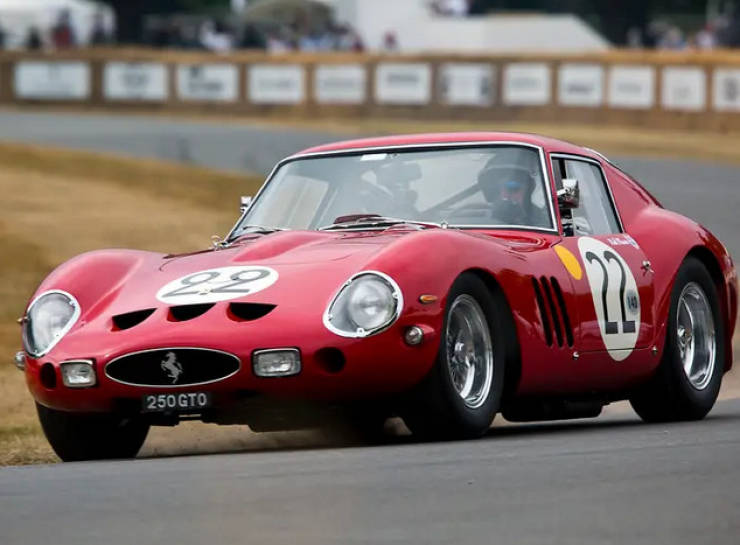 The Ferrari 250 GTO from 1962 sold at a Sotheby's auction house in August 2018, making it the most valuable car ever offered at an auction.

The Oppenheimer Blue, the most expensive blue diamond in auction history, sold for $57.9 million in 2016.
12 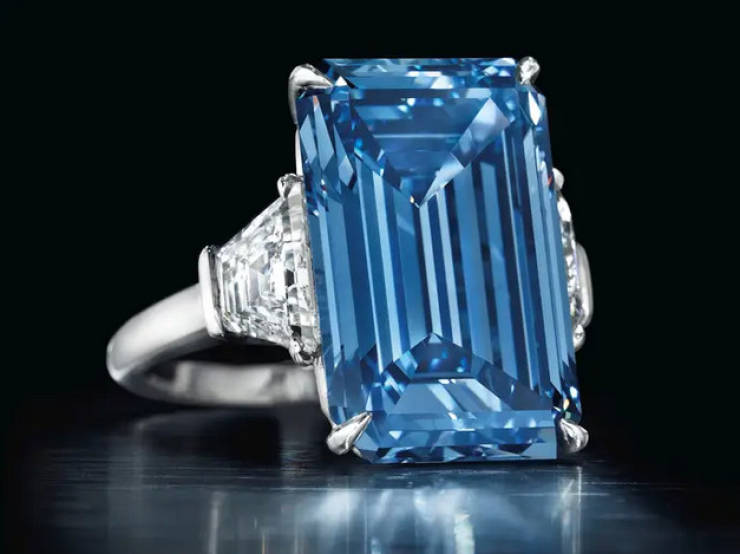 Named after its former owner, Sir Philip Oppenheimer, a leader in the diamond industry, the 14.62-carat diamond is known as a "fancy vivid blue" by the Gemological Institute of America.

It sold at auction at Christie's in Geneva in May 2016. 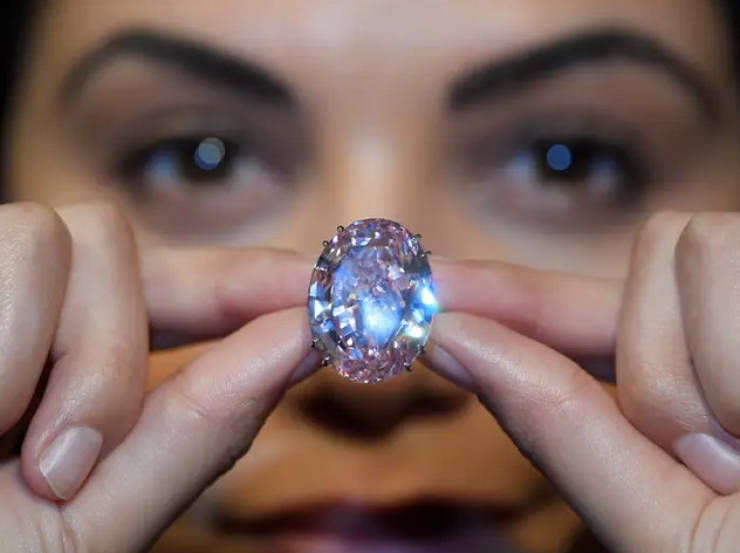 The 59.6-carat Pink Star Diamond was the largest "flawless fancy vivid pink" diamond ever graded by the Gemological Institute of America.

Jeff Koons' "Rabbit" sculpture sold for $91.1 million in May 2019, setting a record for the most expensive work by a living artist sold at auction.
14 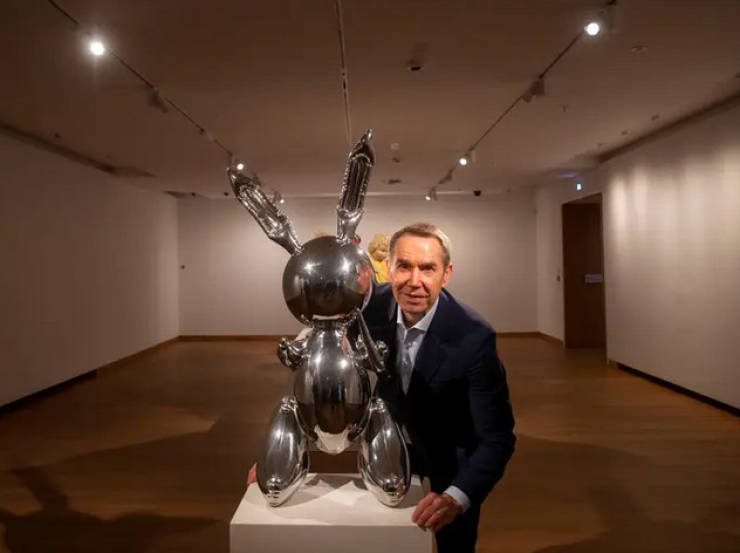 The steel sculpture, called "Rabbit," was designed by Koons in 1986. Koons previously held a record for his "Balloon Dog (Orange)" sculpture, which sold at auction in November 2013 for $58.4 million, according to the New York Times. 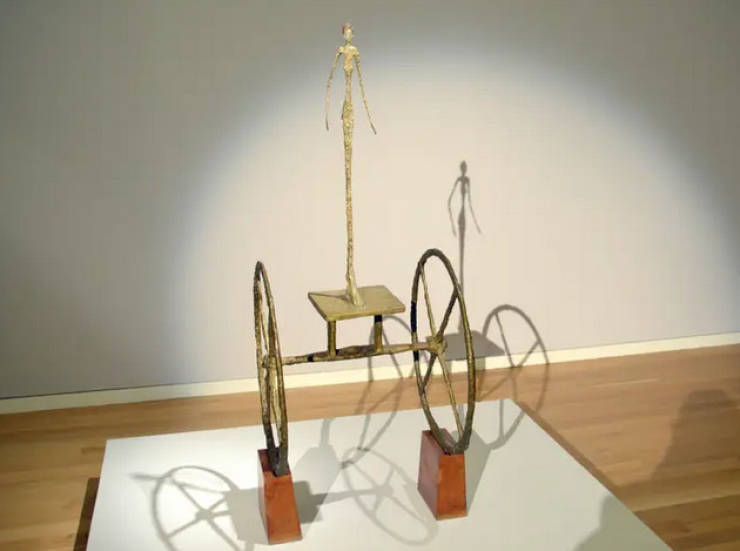 "Chariot," made by Swedish sculptor Alberto Giacometti, is regarded as a transformative piece of art from the 20th century, according to Sotheby's. It was constructed between 1951 and 1952 and was sold at an Impressionist and Modern Art sale at Sotheby's in New York. 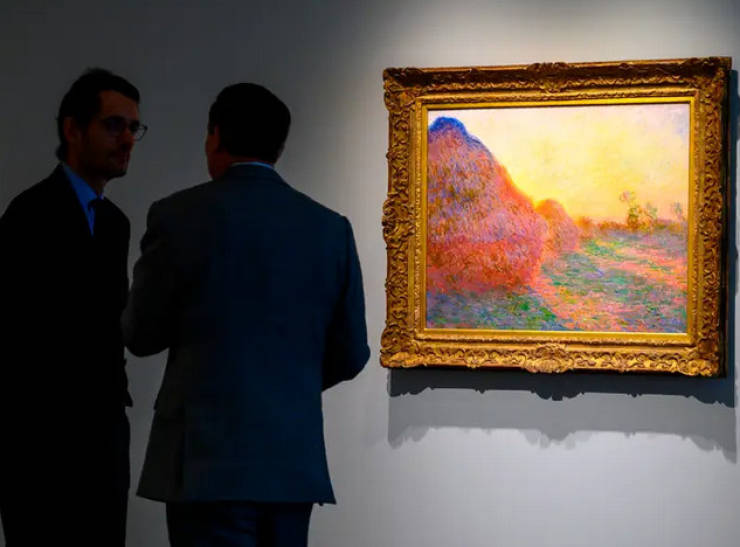 "Meules," which comes from the impressionist artist's "Haystacks" collection, sold at a Sotheby's auction in May 2019.

Elizabeth Taylor's jewelry collection sold for $116 million at an auction in 2011.
17 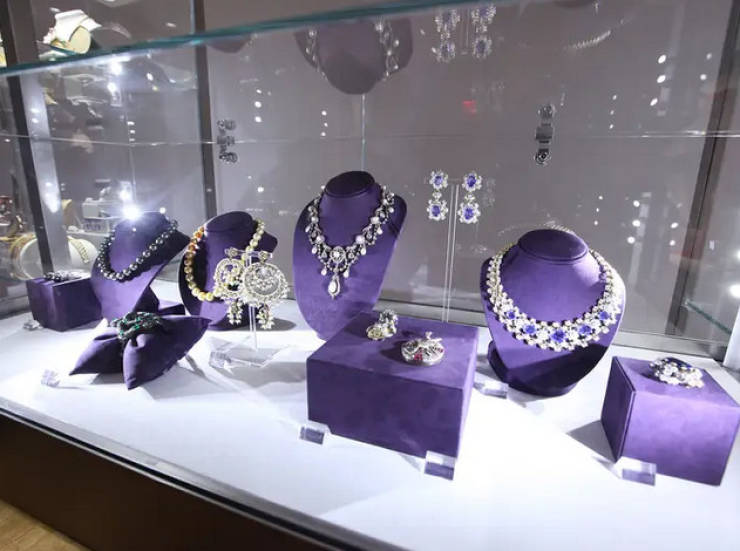 The Hollywood icon's collection of jewels included a La Peregrina natural pearl necklace, among several other items. The proceeds from the sale benefited the Elizabeth Taylor Foundation. 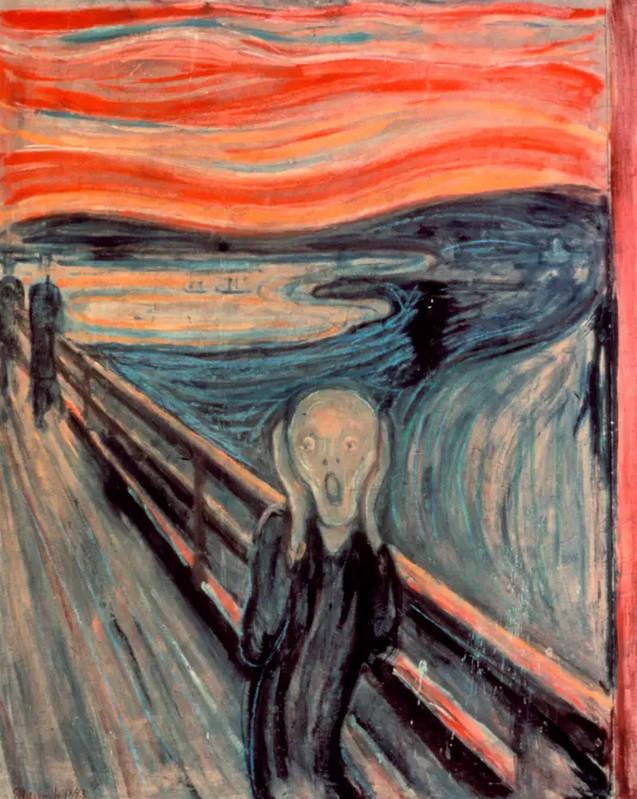 When it was sold in 2012 at a Sotheby's auction, "The Scream" set a record for being the most expensive piece of art ever sold at auction, according to Reuters.

The pastel painting was originally estimated to have a selling price of about $80 million, but after a 15-minute bidding war, the final price was nearly $120 million. 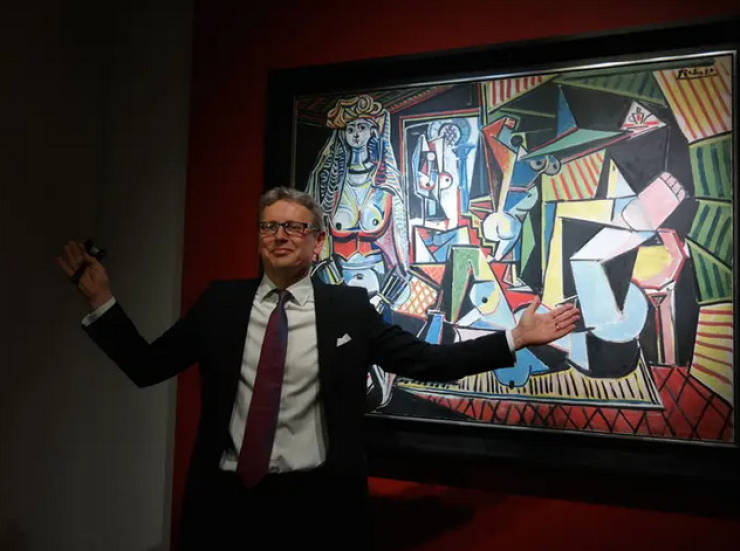 The 1955 Picasso piece, a colorful work filled with examples of Cubism, sold for $179 million at a Christie's auction in 2015. 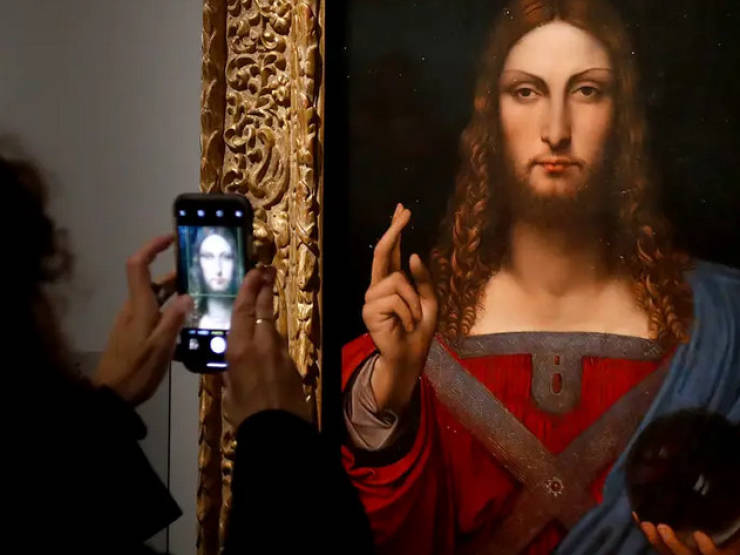 "Salvator Mundi" currently holds the "most expensive work of art at auction" record, according to Christie's. The painting, auctioned at Christie's in November 2017, is believed to have been created by Leonardo da Vinci and is thought to be one of fewer than 20 surviving paintings attributed to the artist.

Circus 6 month s ago
#20. More information on the supposed da Vinci painting, with before and after restoration pics.

Alive 6 month s ago
I once heard it said that this is simply how the extremely wealthy launder money. Somehow I don't doubt it.
Reply