How To Protect Your Stuff From Robbery (16 pics) 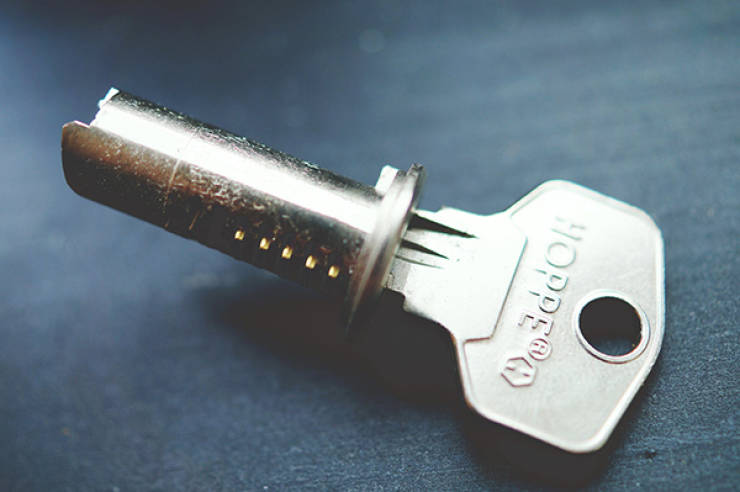 Glue a spare key (not one that opens something important) under your doormat. Weird right?

A few years ago I did this in addition to installing cameras. Over the last couple of years I’ve seen this exact scenario play out: thief walks to the door, checks under the mat, unsuccessfully tries to grab the key, backs up, looks around to see if anyone is watching (presumably because they think they have fallen for some trap/prank where they are being surveilled), and LEAVES. They don’t even search for another way in because it spooks them. 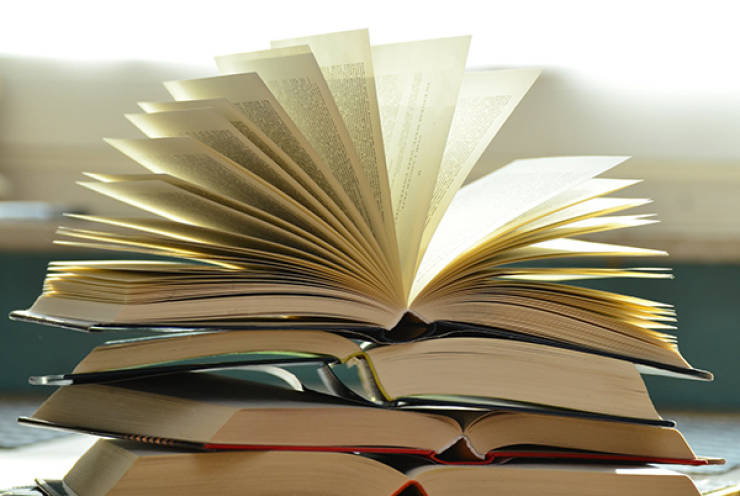 For the college kids that might read this, don’t keep your textbooks in your car. On the day of my finals I had about 6 textbooks I was gonna sell after my finals, I left the books in my car while I took my tests. Came back to find someone broke my window out to steal the textbooks. Cop told me that it’s very common and unlikely they will catch the guy, so I was out ~$700, which was huge as a college student. 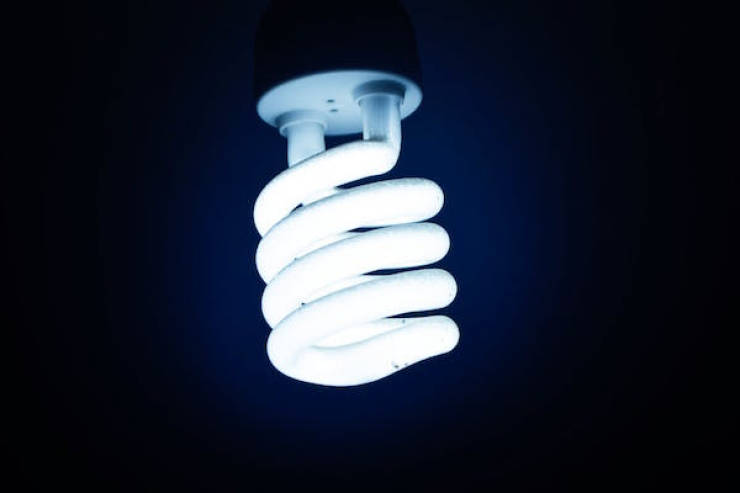 LED lighting is cheap these days.

If your house is gonna be vacant for a while, consider investing in one of those smart-lighting home automation systems where you can set different rooms to turn on and off at different points in the day. (Kitchen during dinnertime, bedrooms at night, etc.)

My neighbor did that and it fooled me. I rang his doorbell to ask to borrow a pressure washer wand, with no response. Figured he was with family and wasn’t taking any more visitors, but turns out he’s been on vacation for the past four days. 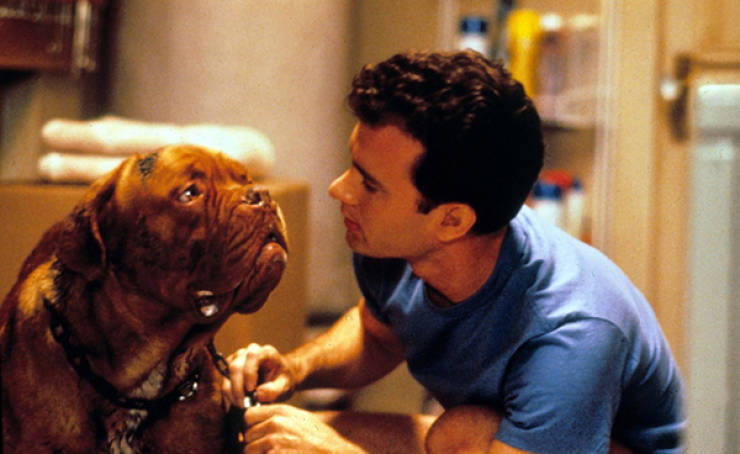 I lived in a four apartment block, every apartment got broken into except mine, but the only easily accessible window to my apartment was my dogs room. Nothing like 90 lbs of a$$hole that doesn’t like someone waking him up from a nap. 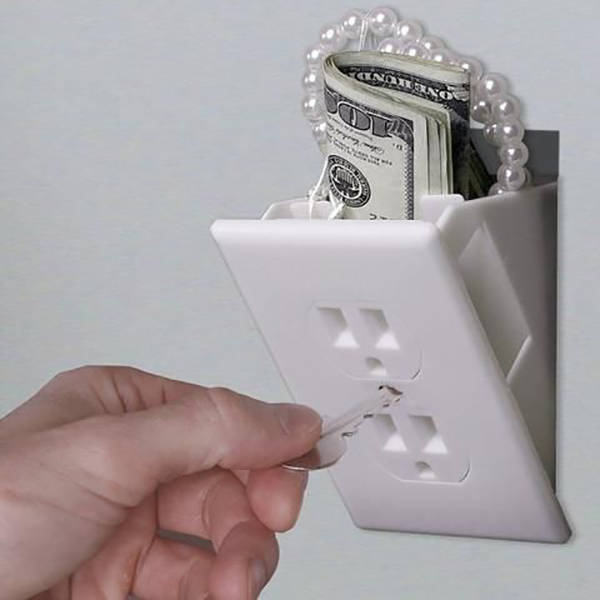 I’ve seen people make false outlets for hiding valuables like cash and jewelry. Just an idea, a burglar would have to be at your home for a long time to start checking outlets. 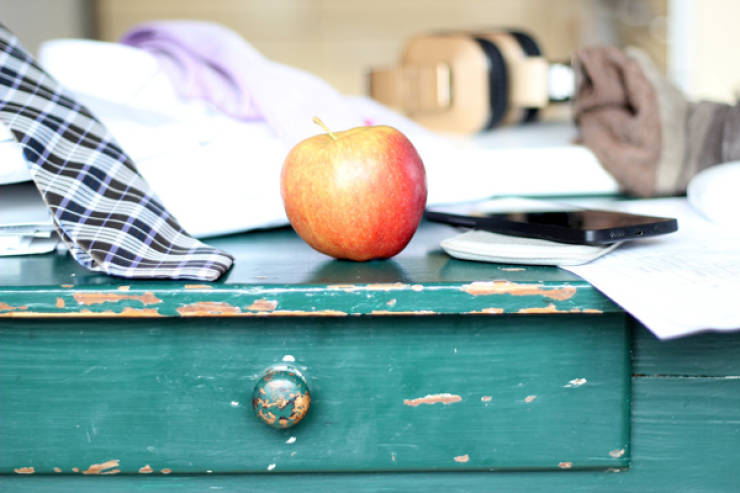 We had our apartments burgled, there were four apartments in the area. Guy kicked down the door, and apparently was in an out pretty quickly.

I came home from work, cop told me, never leave valuables in your nightstand. Might have even said bottom drawer. Sure enough, mine were checked, I could tell because my envelopes were moved from where I placed them. 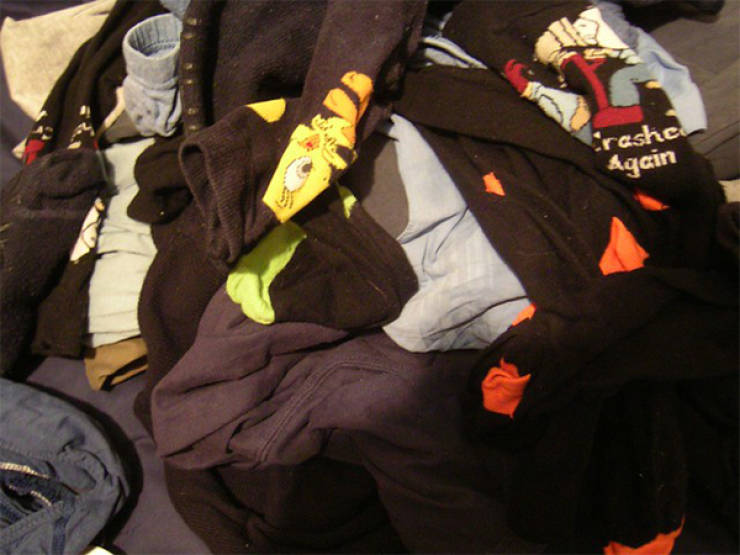 Had my house burglarized by a so-called friend. He missed by far the most valuable thing. it’s just a safe sitting on the laundry room floor. He missed it because I’m a scumbag and had it covered with a mountain of dirty clothes and towels.

So not being tidy saved me upwards of 35k. 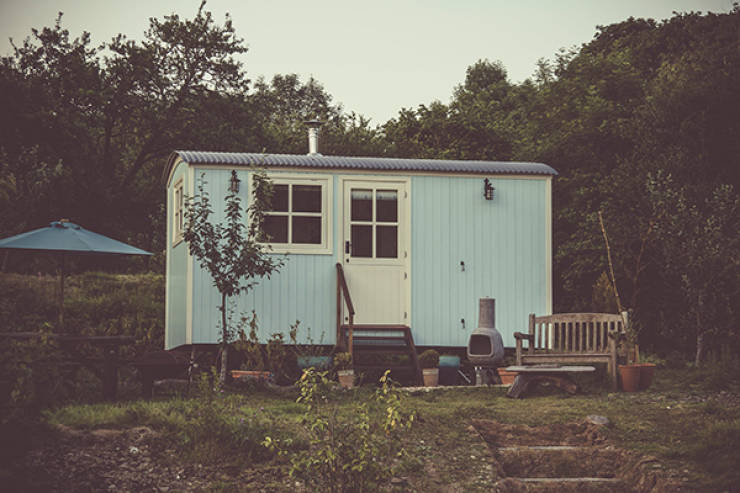 Even if your house is well locked, if your shed isn’t I likely have access to a plethora of tools I can use to gain access. Don’t help the burglar. Lock your shed. 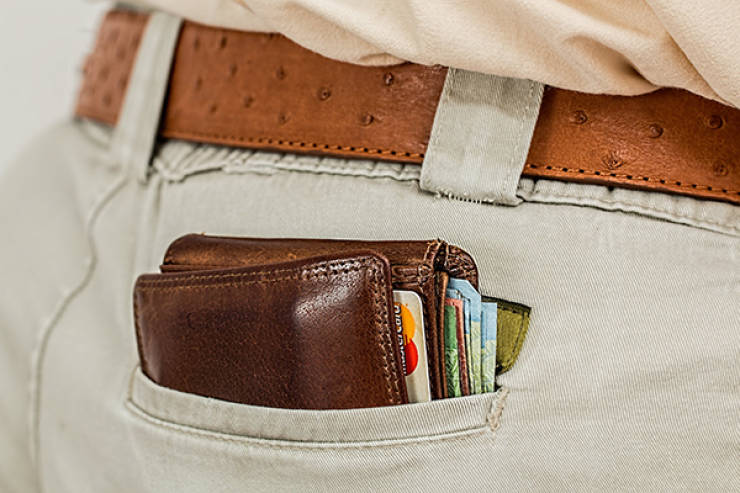 I kinda do this while on holiday. I’ll hide my wallet and keep an empty wallet in the front pocket of my backpack. If someone pickpockets you in public I doubt they’ll check the contents first before trying to disappear. 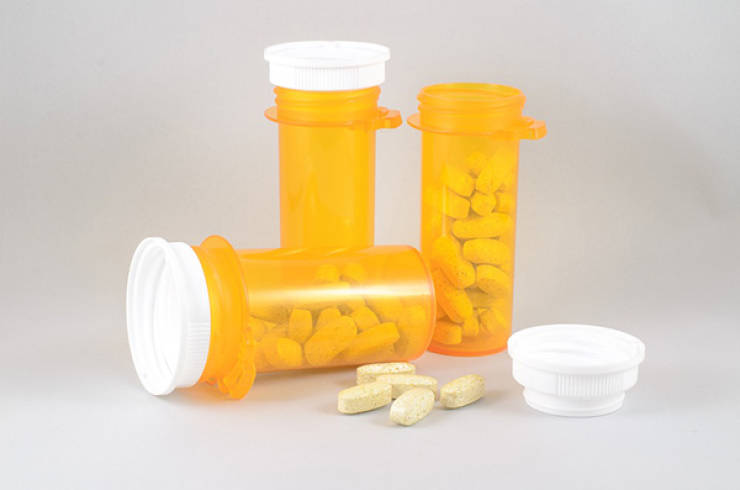 I’ve got some jewelry from my grandma and great-grandma, but just keep it in a locked medicine cabinet in our closet along with things we don’t want little baby fingers getting a hold of…enough to distract any potential burglars.

Editor’s note: Obviously, if you hide valuables in bottles, make sure they are not see-through. 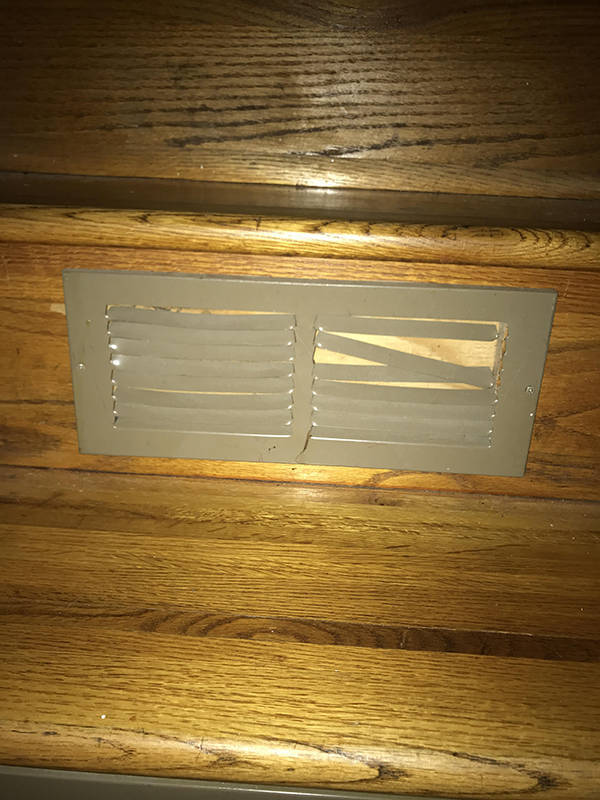 Vents aren’t likely to be checked IMO– they’re inconvenient to access and not many people store valuables there. 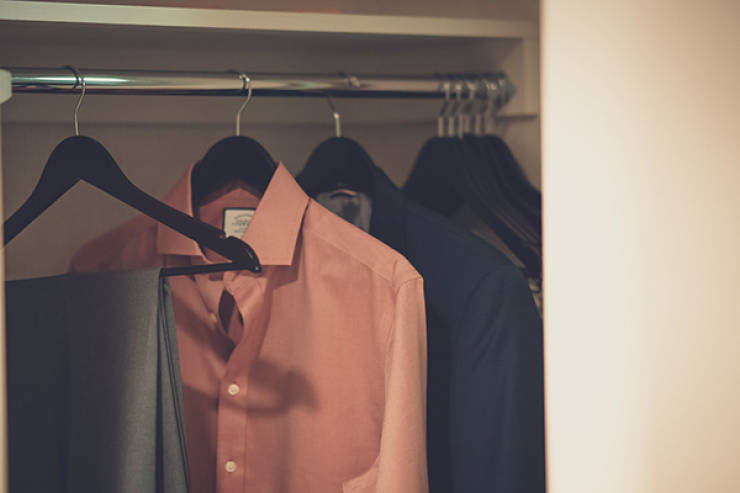 Not a burglar, but our home has been broken into. We only had the one-bedroom at the time, but the places that the burglar looked into were: the closet (everything was thrown out), desk drawers (found a bit of cash and our passports were taken), the entry furniture (drawers), under the bed/bedside tables.

At least now I know where not to hide valuables. Not that I have any. 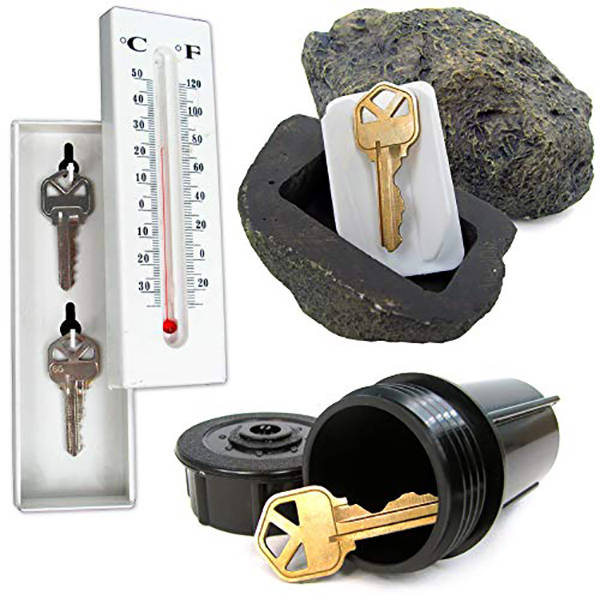 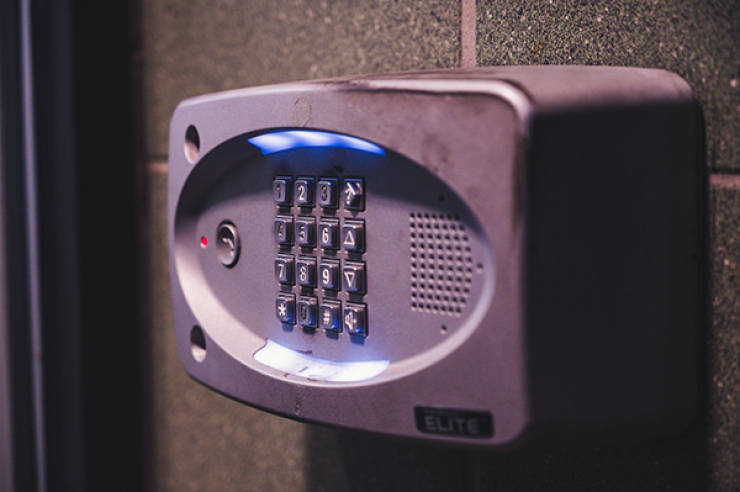 You have to make it not worth the effort. We’ve all seen Oceans Eleven, but if your would-be robber is just a chancer scumbag, your security just needs to be good enough for them not to bother. Or better than your neighbors… 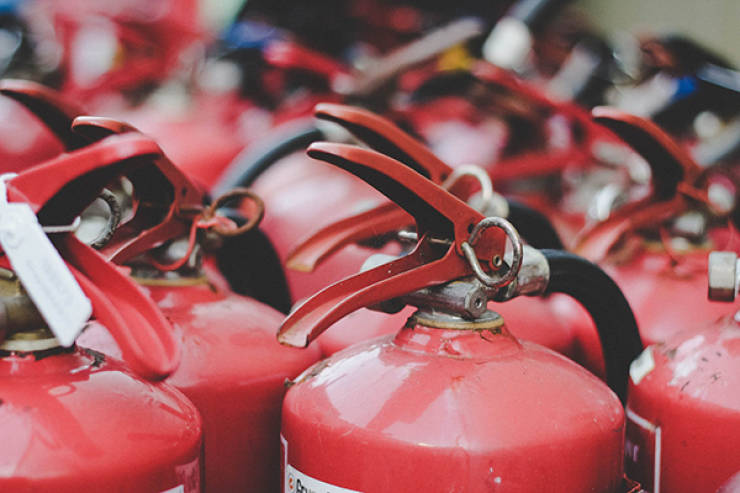 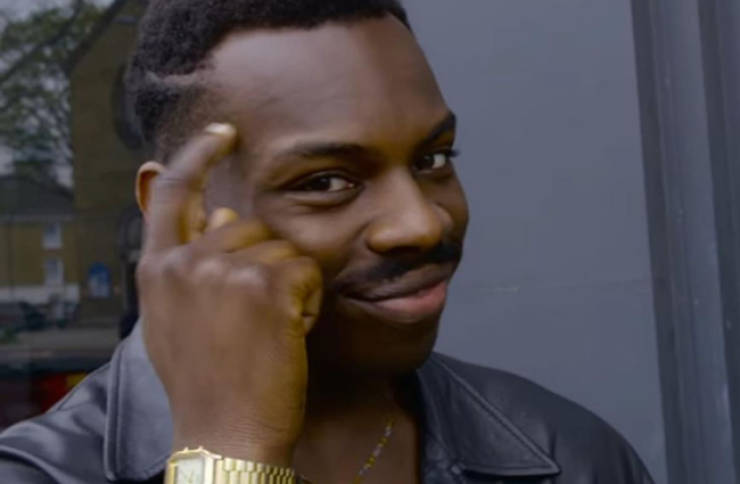 And if all else fails…

Avoid having your valuables stolen by not having any valuables.

Everyday 6 month s ago
How am I supposed to put something in an empty fire extinguisher?
Reply
0

Solution 6 month s ago
@Everyday: Get creative and use some tools :)

If it's empty, you can cut a hole in the bottom, for example, clean the inside and make some type of lid, to close it again. It's not like anybody will be inspecting it in detail ;)
Reply
0