Dad Freaks Out After Losing His Daughter’s Hamster, Eventually Finds It (21 pics) 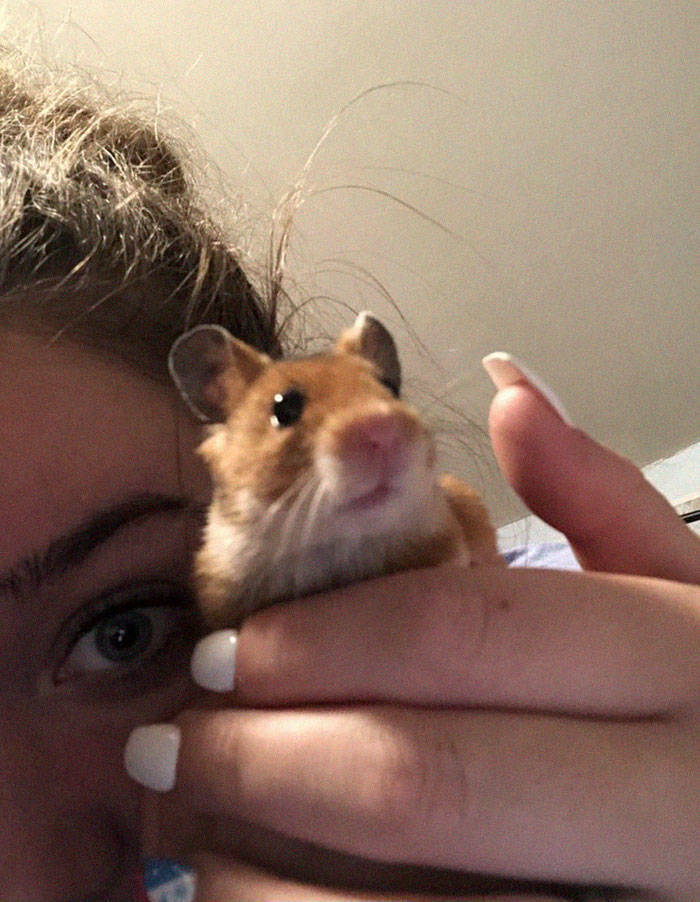 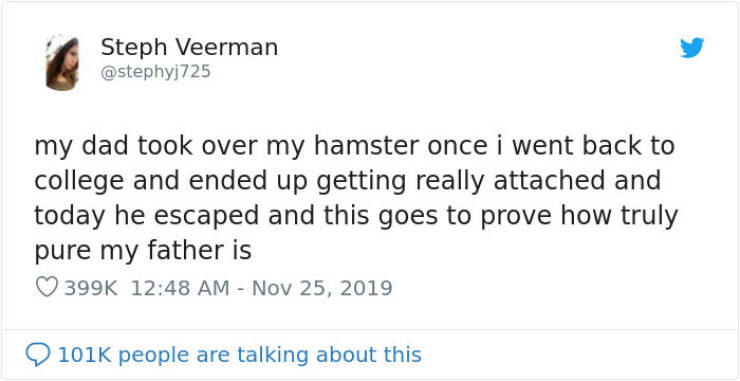 Steph said her dad is pretty much the opposite of what you would think seeing him in this situation: he’s conservative, Catholic, a lawyer, and usually strict, but when it comes to animals and babies, he has the biggest soft spot.

“My dad and I are very close and have been since forever!” she told. “My parents are divorced and he was always very involved in everything that I and my brother would do. We have the typical tight-knit father-daughter bond.”

What made the escape so unexpected was the fact that Chester is really chill.  “He reminds me almost of a cat because he’s so laid back … Chester has never bit anyone and is very docile. [He] and my dad are best friends (especially because my dad is the person who feeds him since he’s taken over!).” 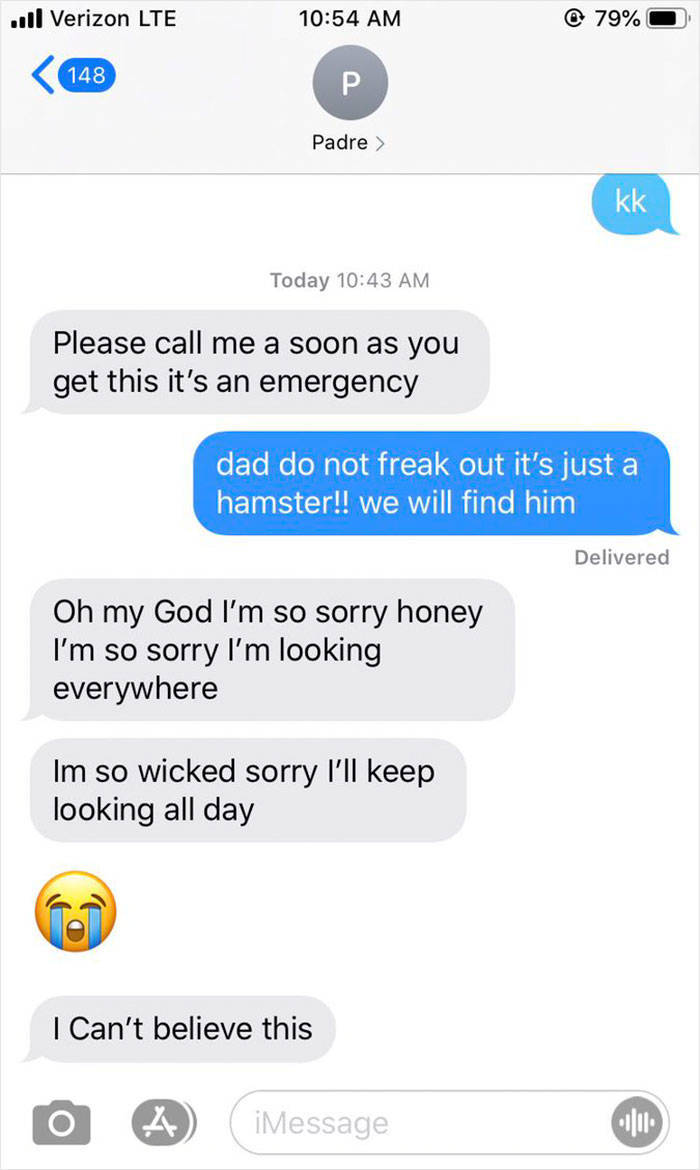 Even though Steph reassured her father time and time again that it was OK and that she understands it wasn’t his fault, Daniel couldn’t accept the loss and let his hands down. “I had a meltdown,” Daniel told BuzzFeed News. ” “I was having a freaking heart attack.”

The 53-year-old started watching Chester about a month or two ago when Steph went back for her sophomore year at Emmanuel College in Boston.

“At first, I wasn’t too keen on him. I grew up with German Shepherds. I’ve never had, you know, when I first got it, it was like a mouse. It wouldn’t be my first choice of pet. But then I got attached. And even more, because you’re taking care of it for your daughter.” 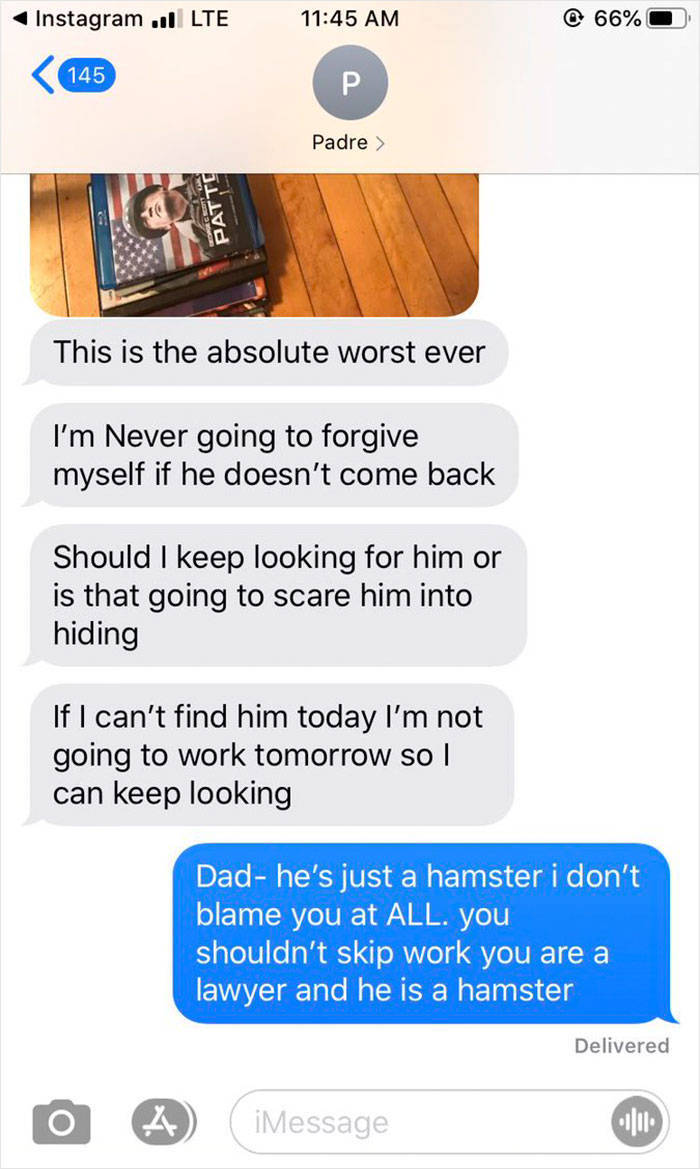 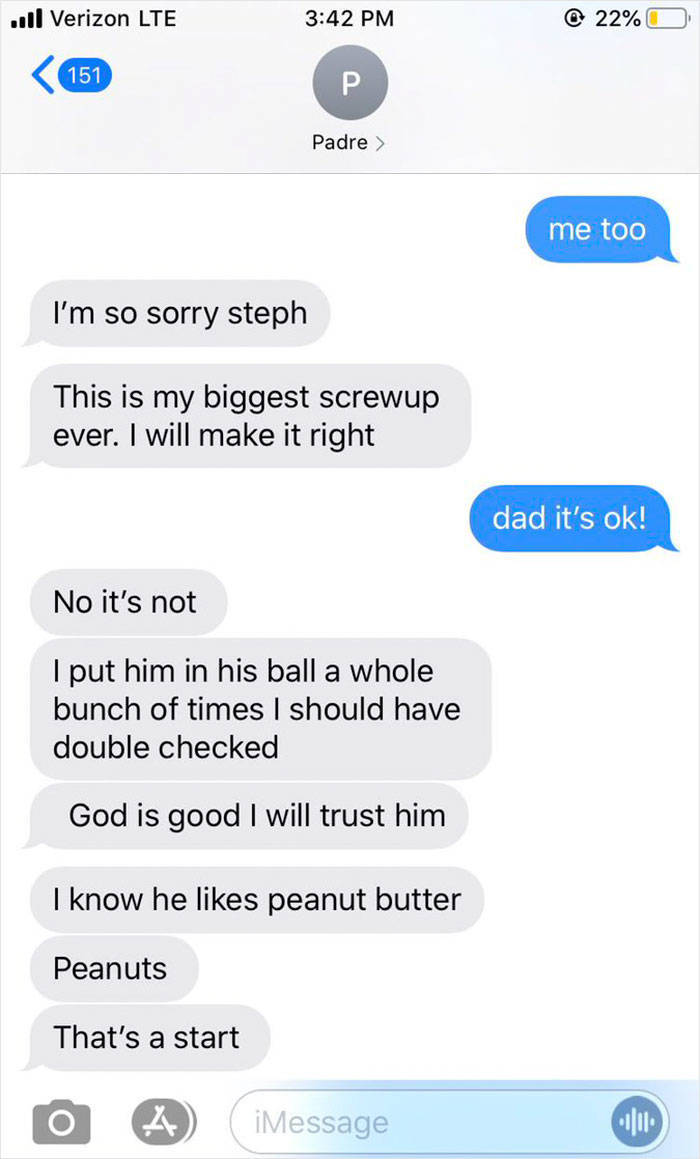 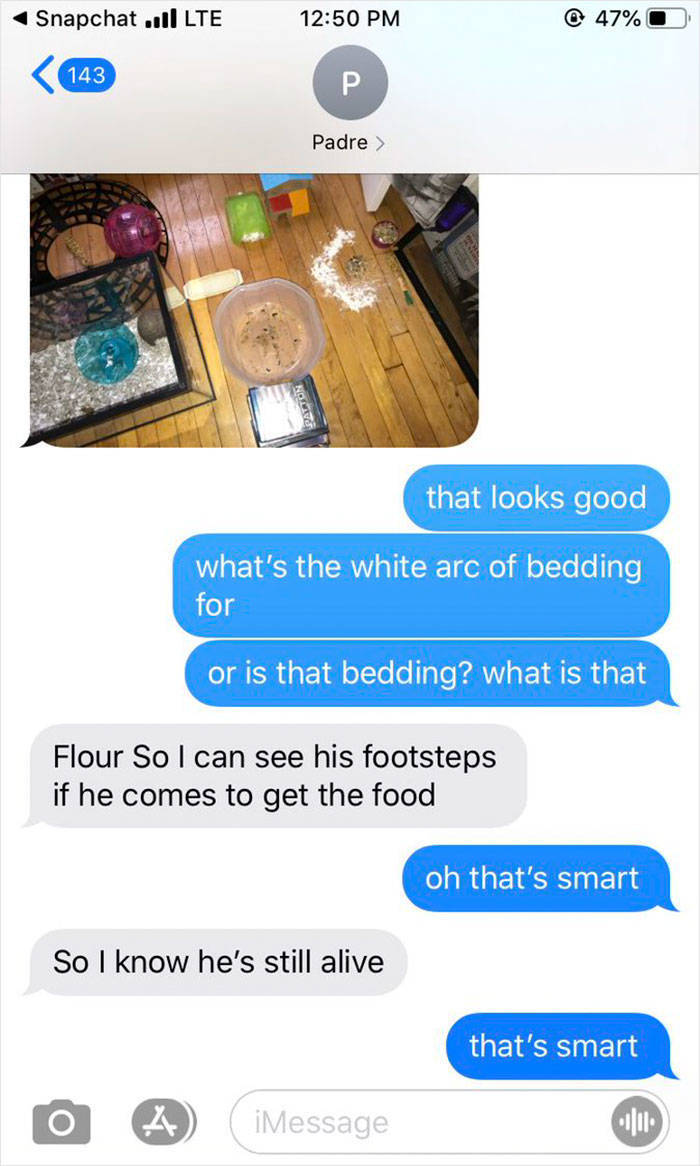 “It was a nightmare,” Daniel recalled. “I was calling him, screaming his name, thinking maybe he knows his name. I was looking with a high-powered flashlight.”

During these terrifying hours, Daniel kept texting Steph updates, letting her know that he’s doing everything to get Chester back. “I couldn’t just sit there all day, I was going crazy,” he said. “So I set traps. I re-created his cage in my office, took his toys and treats all around. Put out water. I thought if I didn’t find him at least he wouldn’t die because he would have food.” 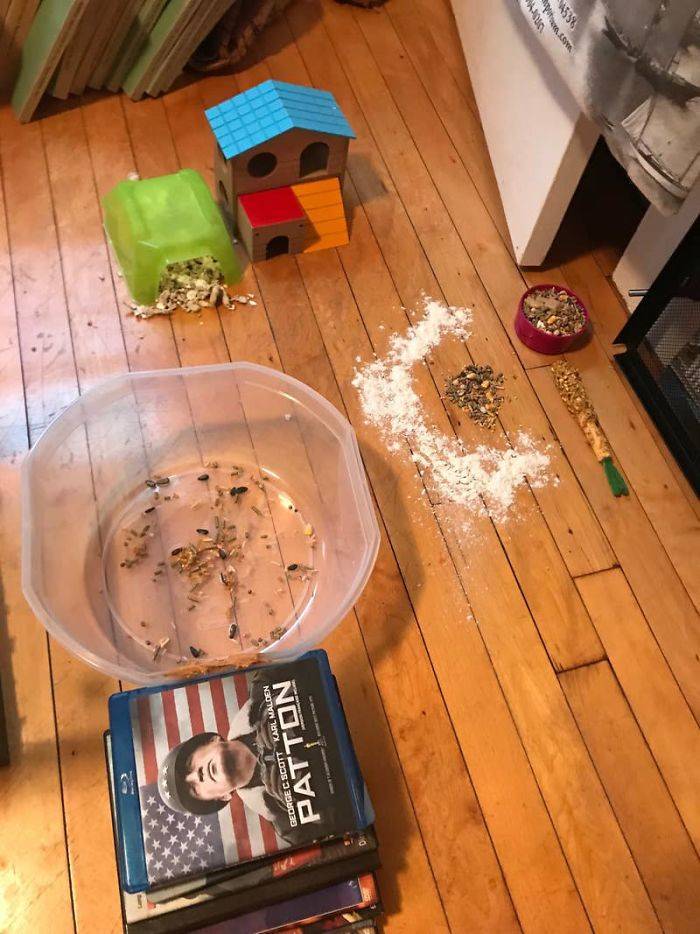 Eventually, Daniel found Chester “next to a book about President Nixon” 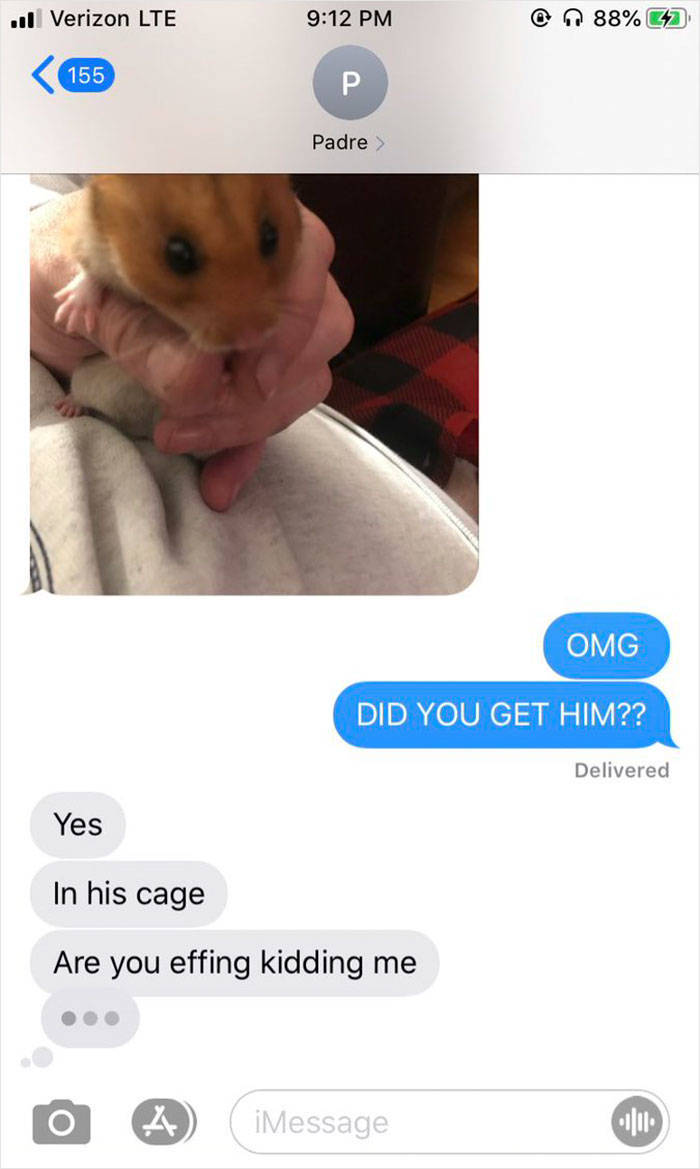 “Right after nightfall, I saw him run across the floor and said, ‘Thank god,'” Daniel said. “I came back and saw him standing on a book, cleaning himself, and I grabbed him.” 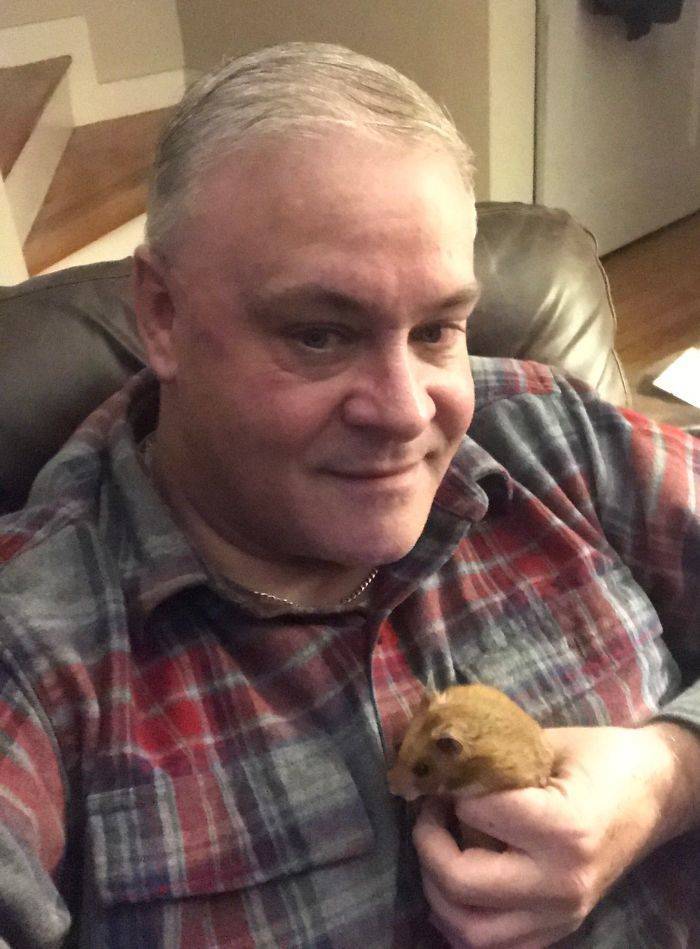 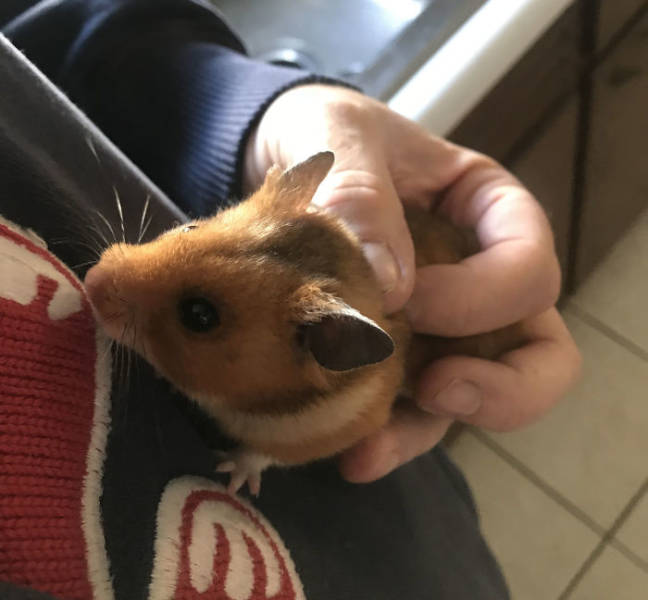 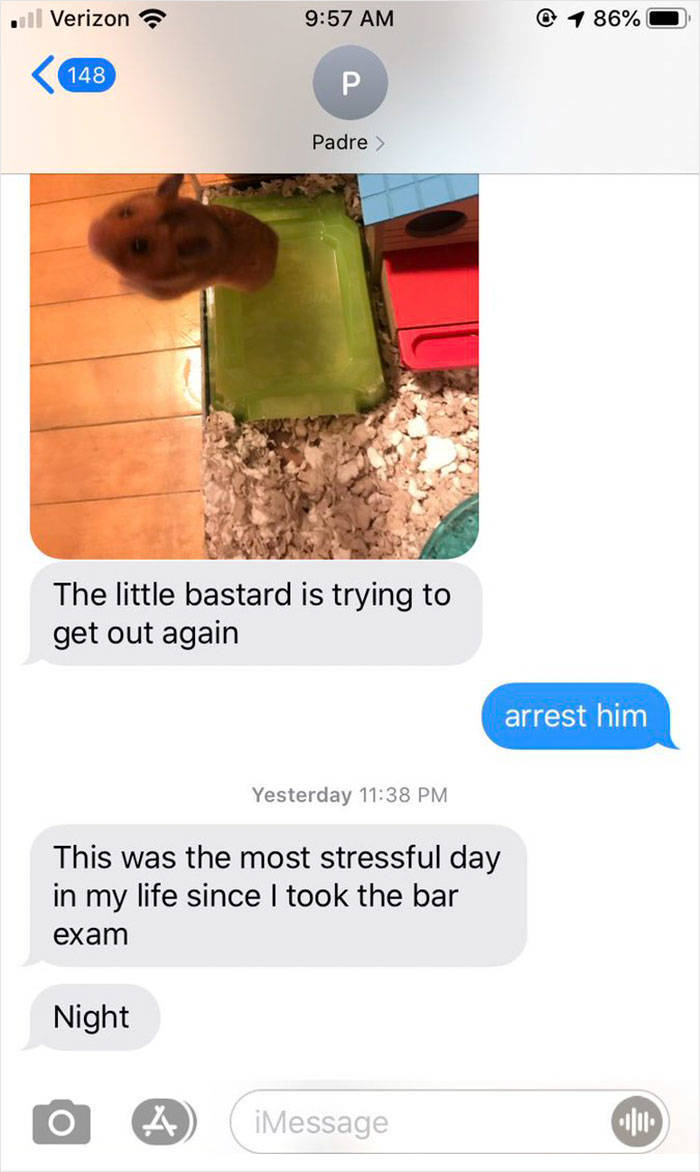 Steph reassured that the incident has not changed the way she views her dad. “I always knew he has a big heart and would do anything for me. This situation just proved it more!” 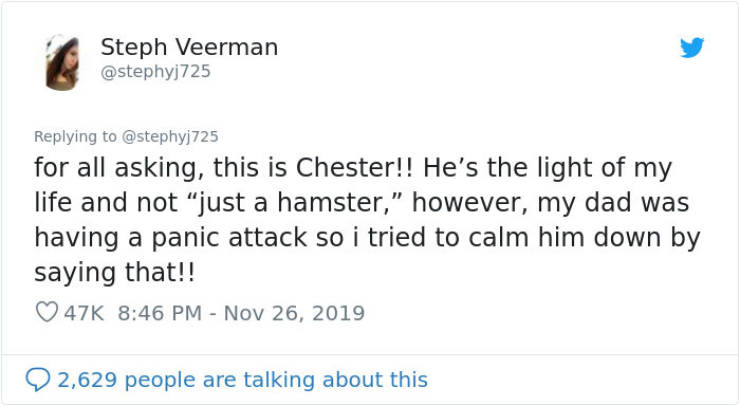 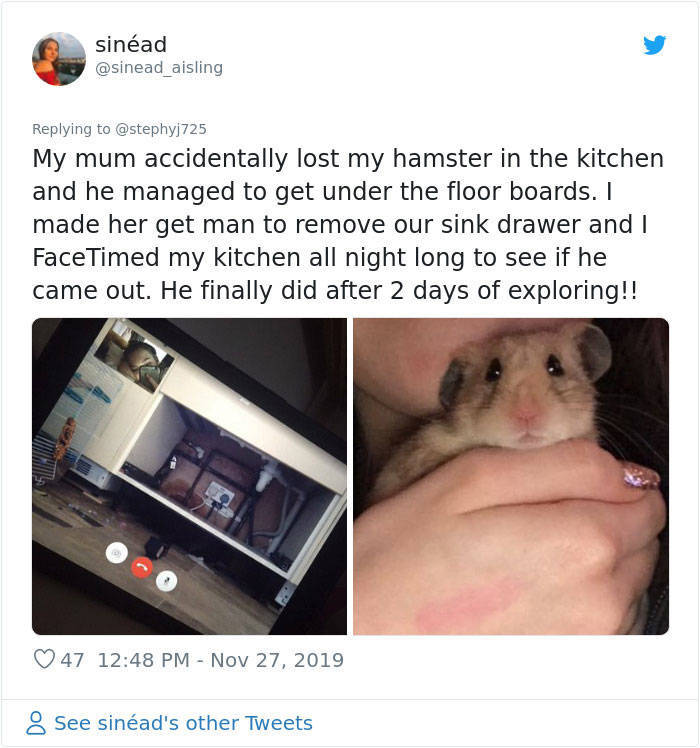 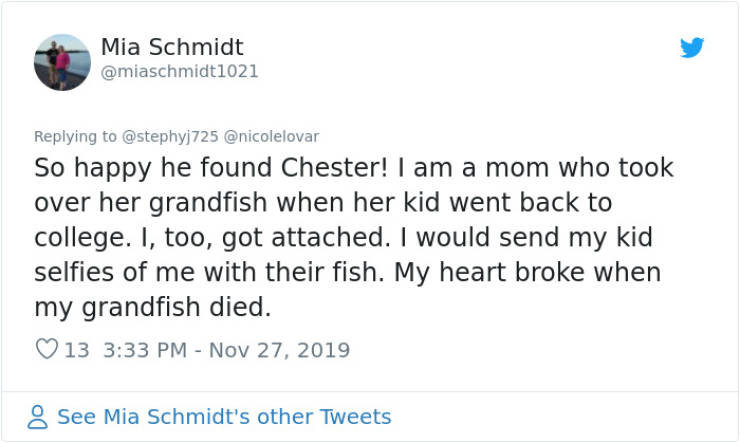 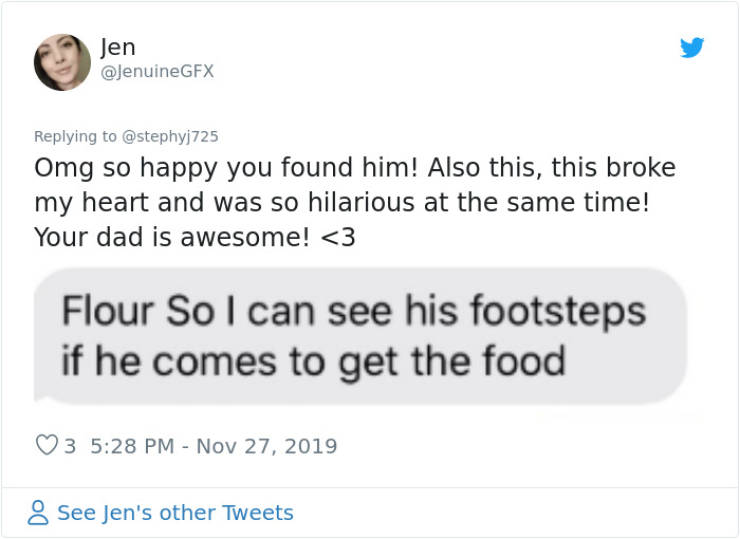 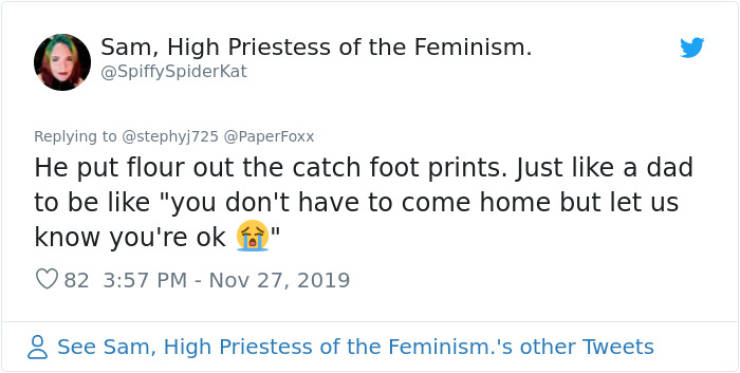 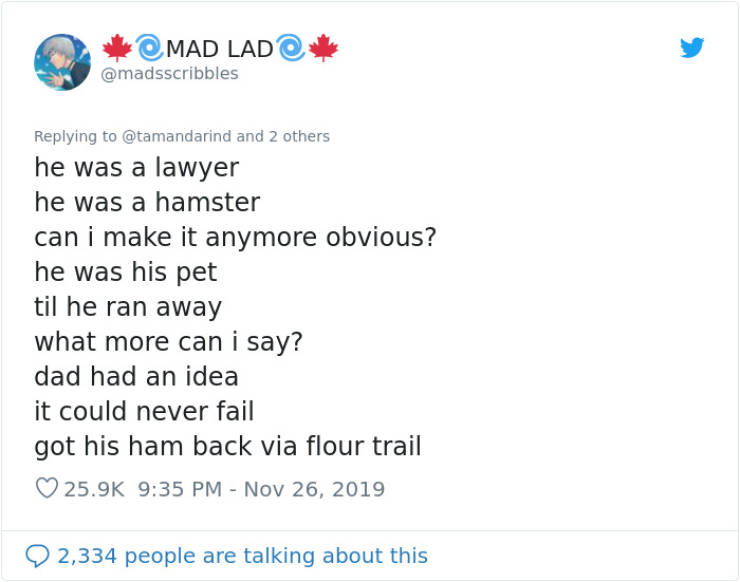 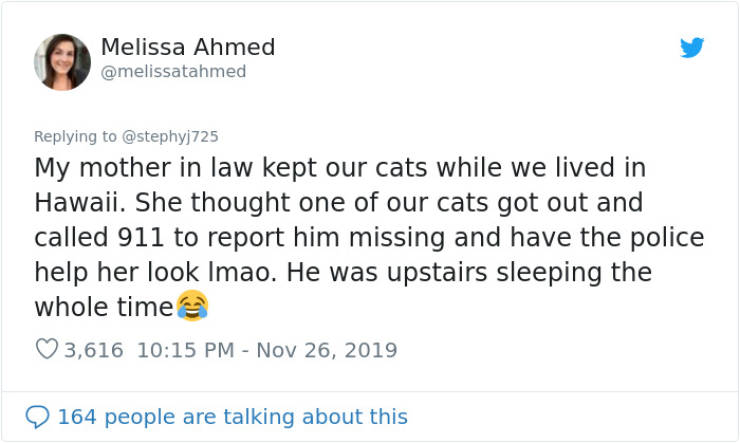 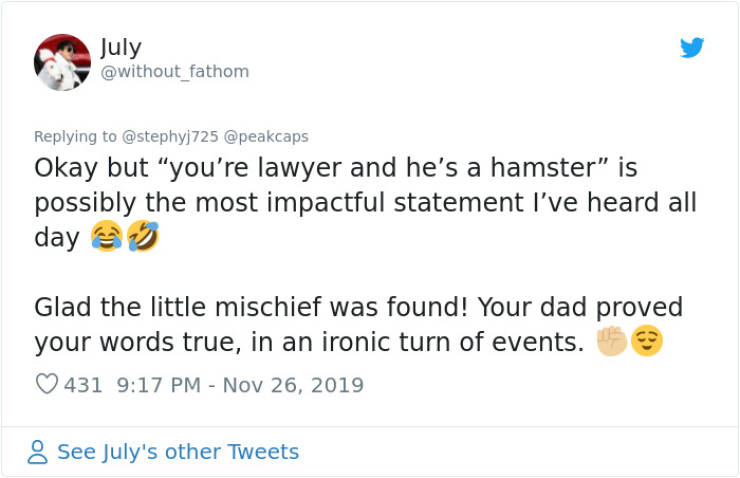