What? These Are Just Some Babysitter Requirements, Nothing Special… (14 pics)

This family had a long list of unreasonable demands for potential babysitters, but that’s just the beginning… 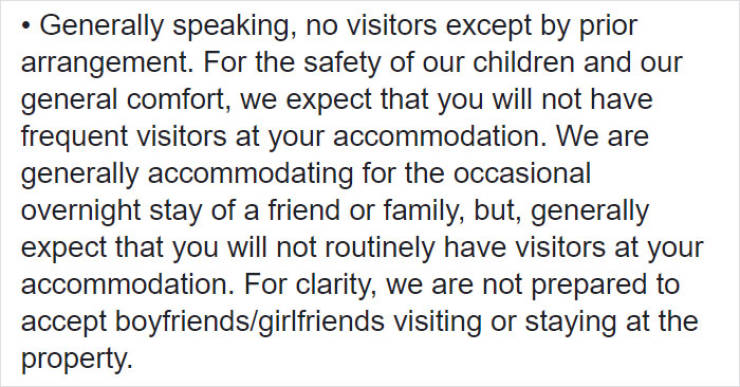 The things that caught my eye the most were that the parents demanded that you would have to buy and cook your own food, as well as having to work while being watched by smart security cameras. The only saving grace is that the cameras aren’t installed in stuffed toys like teddy bears, don’t you think? But these requirements are excessive and hardly worth abiding by for having to pay 60 dollars per week for living where you work. 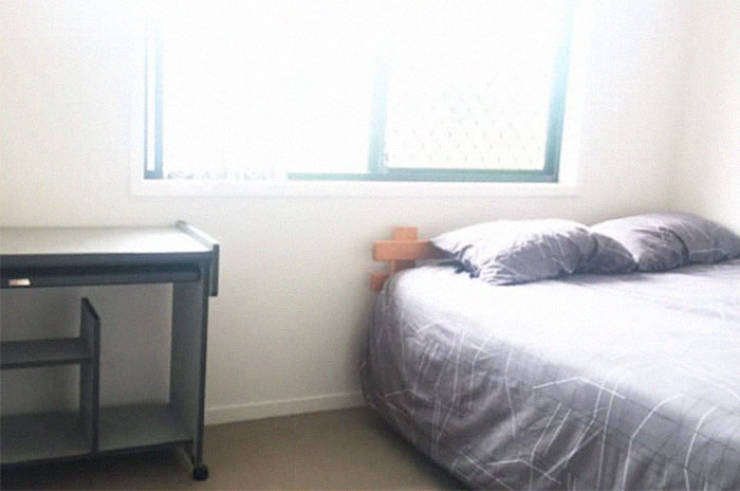 Bored Panda interviewed Reddit user Nannyponyo, a professional babysitter who once got 700 dollars per week, including room and board, as well as compensation for using a car for their job. “I think the most unreasonable demands are absurd restrictions for no reason. I have worked with several special needs kids or kids with special circumstances (severe allergies, anxiety, etc), and some truly need healthy restrictions, but I’ve met with many families who expect a 45+ hour work week and the caregiver is not allowed to leave the home with the child.”

“They’re destroying any chance for their child to grow and develop socially and often motor skills are delayed because they’re afraid to let their child out of the house to run and climb and play the way they should.” 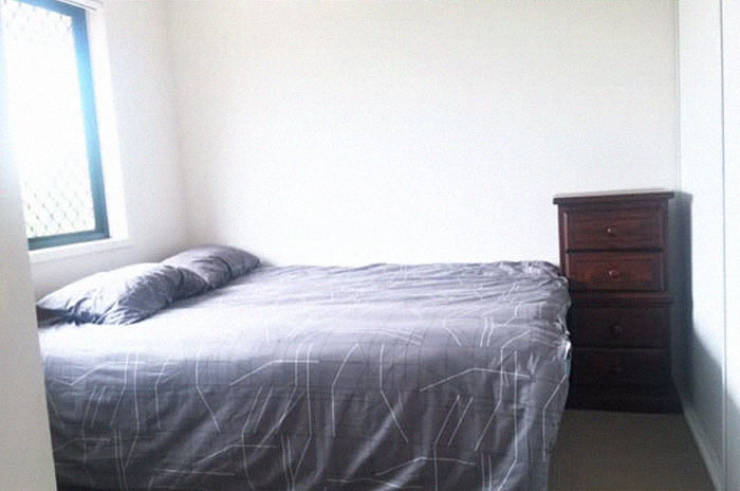 According to Nannyponyo, there are several reasons why some parents are very demanding but offer very little compensation to babysitters. “I think they believe that it’s their child that they are raising the way they want to (which I do agree with, to an extent) and all rules should be blindly followed. But some nannies (like myself) have been in the field for many years and can offer valuable insight and advice, which they are rarely willing to take because parenting is so personal.”

“That’s the same reason I believe they often don’t want to offer adequate compensation: it’s personal. They’re (most likely, in my experience) paying you under the table, they’re trying to get a good deal, and they love their child. They don’t think that looking after their ‘precious angel’ is a job; it’s a treat. They would love to be home with their child all day, so I think they feel like it’s not a real job. It’s something you get to do, and they’re mad they have to pay someone to do it.” 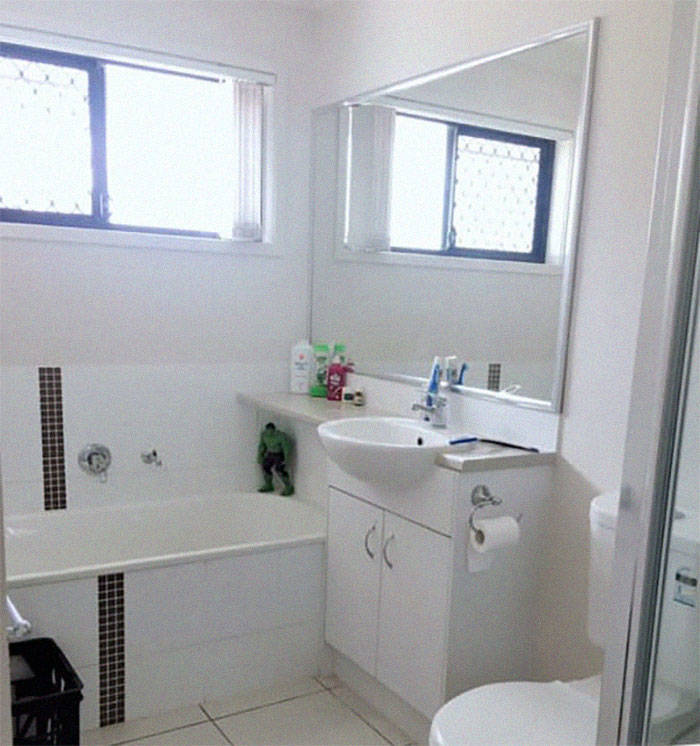 “They love their child, they’d do anything for their child,” Nannyponyo said about parents. “There’s a connection there that someone else could never have, and they can’t imagine not having that connection, so they treat it like it’s not a job, it’s a privilege. The “you’re so lucky you get to stay home with my baby while I have to go to work” mindset, when in reality we leave our families to take care of yours; we don’t want to leave our families in the morning for work any more than you do, but it’s our job.” 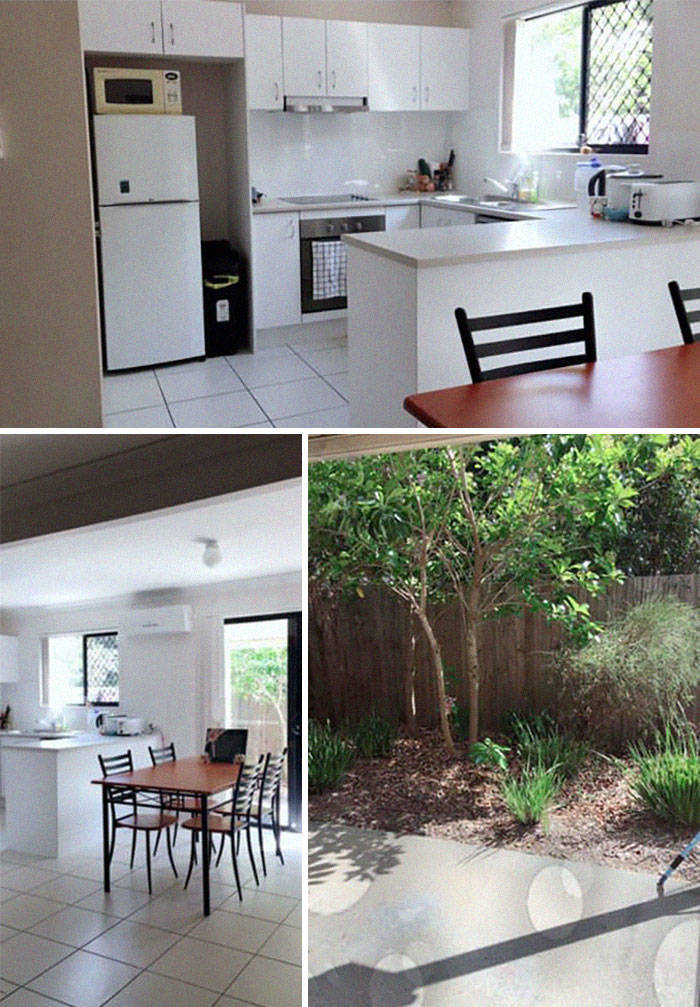 Of course, there are two (sometimes more) sides to each and every story. And while it’s fair that babysitters who provide quality services get adequately rewarded, there are some parents who believe that not all babysitters go the extra mile to warrant the high wage that they demand.

For instance, Holly Johnson writes on The Simple Dollar that what high school babysitters do shouldn’t be valued more than the minimum wage. In other words, babysitter Bob shouldn’t be making double the salary of Mick who works at the local silver mine. Especially because a babysitter’s job isn’t hazardous and is reasonably comfortable. Johnson explains that paying 15 dollars per hour (or more) would lead to babysitters having unrealistic expectations of what their services are worth and could create future problems for them in the job market.

What’s more, the compensation that babysitters get should depend on where they live and people working in two different parts of the United States can’t ask for the same wage, according to Johnson: New York is an expensive city to live in, so naturally, babysitters there would make more than someone living in rural Kansas.

However, parents need to act decently if they want the services of professional babysitters. Demanding that babysitters pay for their own food and not mentioning whether the costs of fuel for driving around would be covered doesn’t sound fair. Not to mention having security cameras in your home, as well as charging your babysitter for rent. But changing these things would make the family’s ad much more friendly, don’t you think?