When Tawnya Ford and Larry Sumpter found out that their 15-year-old daughter, Madelynn, had helped sneak boys into a sleepover party, they came up with two forms of punishment. And they let Maddie choose. Either a month without a phone or two weeks without a phone but the parents get complete control of her social media. She chose the latter, and her father did not disappoint with the content. 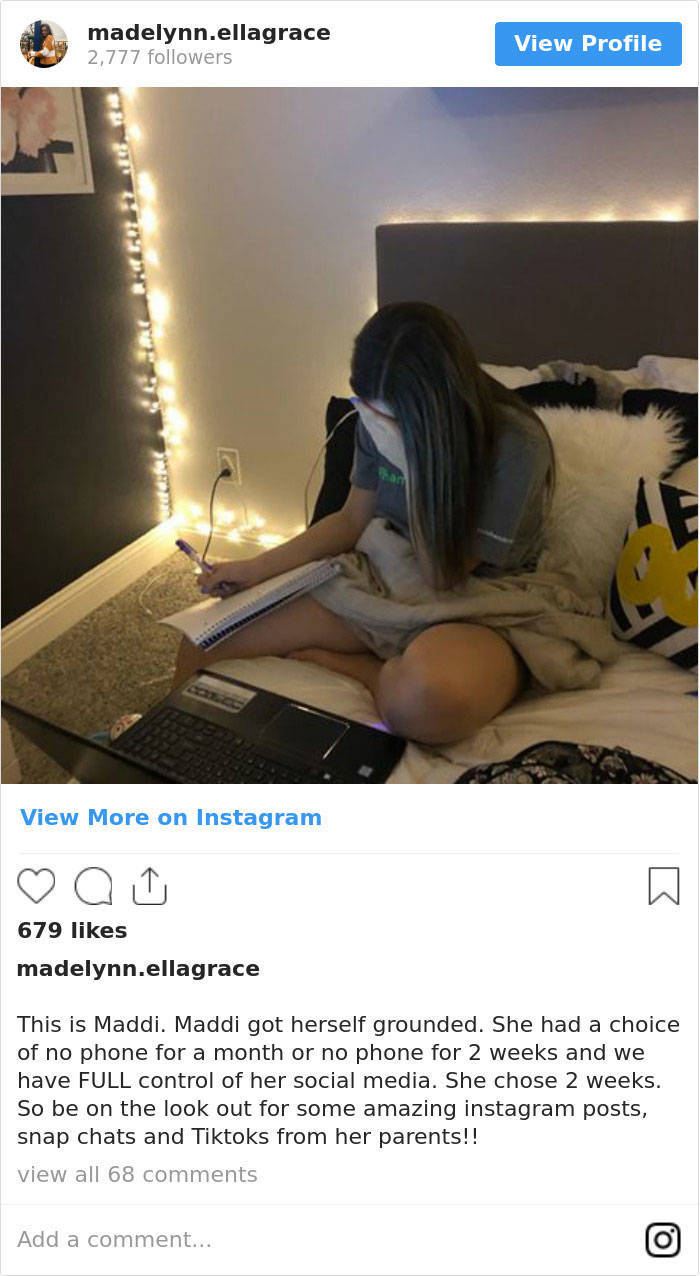 However, it wasn’t long before the high school sophomore from Denton, Texas, began to regret her decision. As soon as the takeover took off on November 11, her dad got really creative on her TikTok and Instagram accounts. 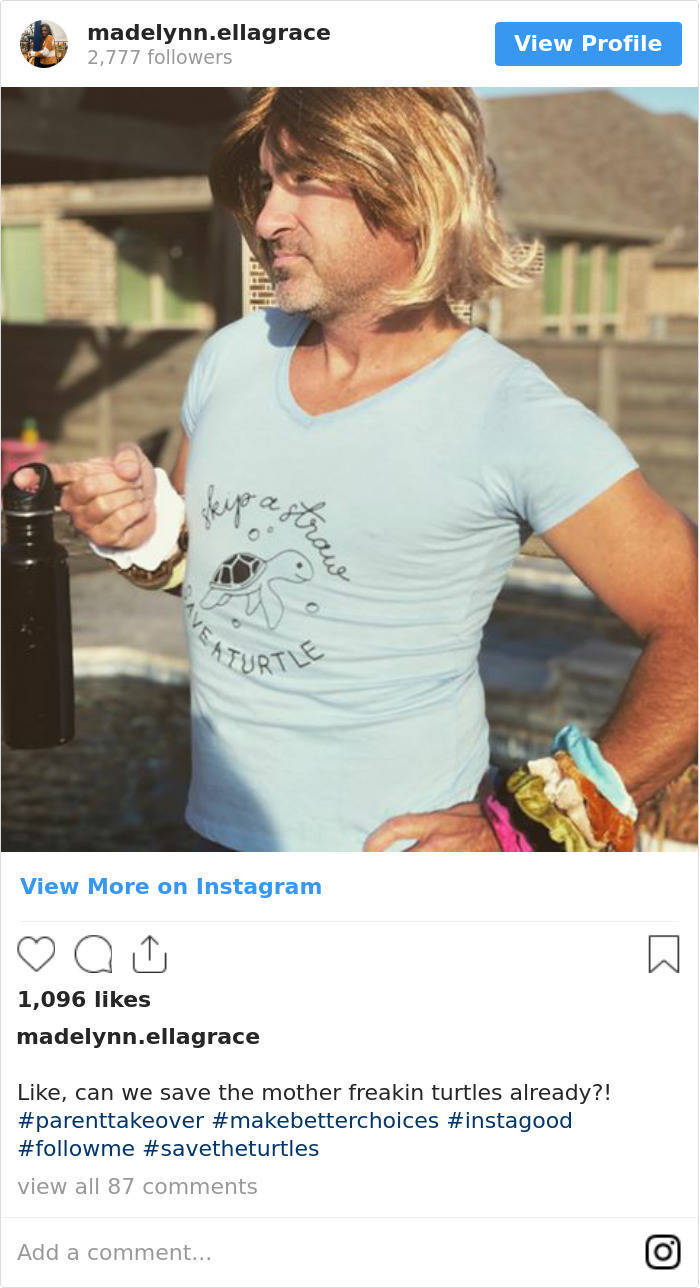 For example, Larry danced around with his son-in-law in a pair of daisy dukes and a crop top in one video. And gazed at the camera while laying in bed in a candid closeup picture. Eventually, even Madelynn’s classmates began regularly checking his updates. 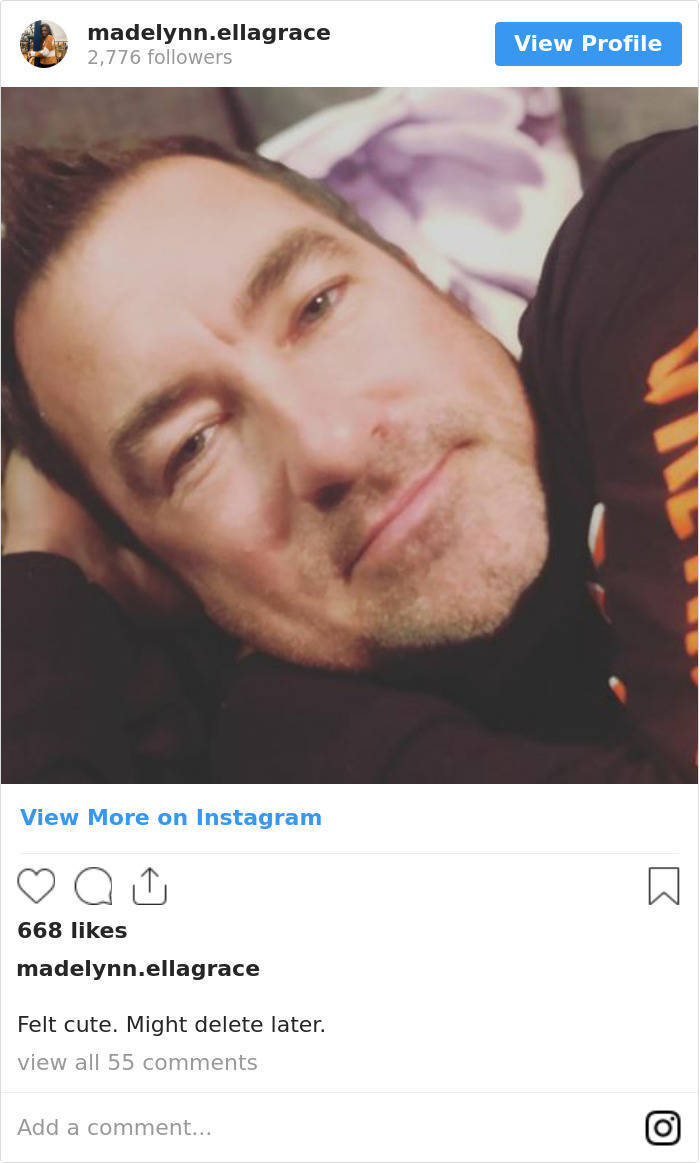 “After the first day, Madelynn was like, ‘I changed my mind, I choose the one month,'” Ford told TODAY. “Larry told her, ‘No. I’m too invested. I have too many ideas. We’re sticking with the two weeks.’ He’s loving it. I think he’s gonna make his own TikTok account when this over.”

“We’re always down to embarrass our kids!” the mom laughed. 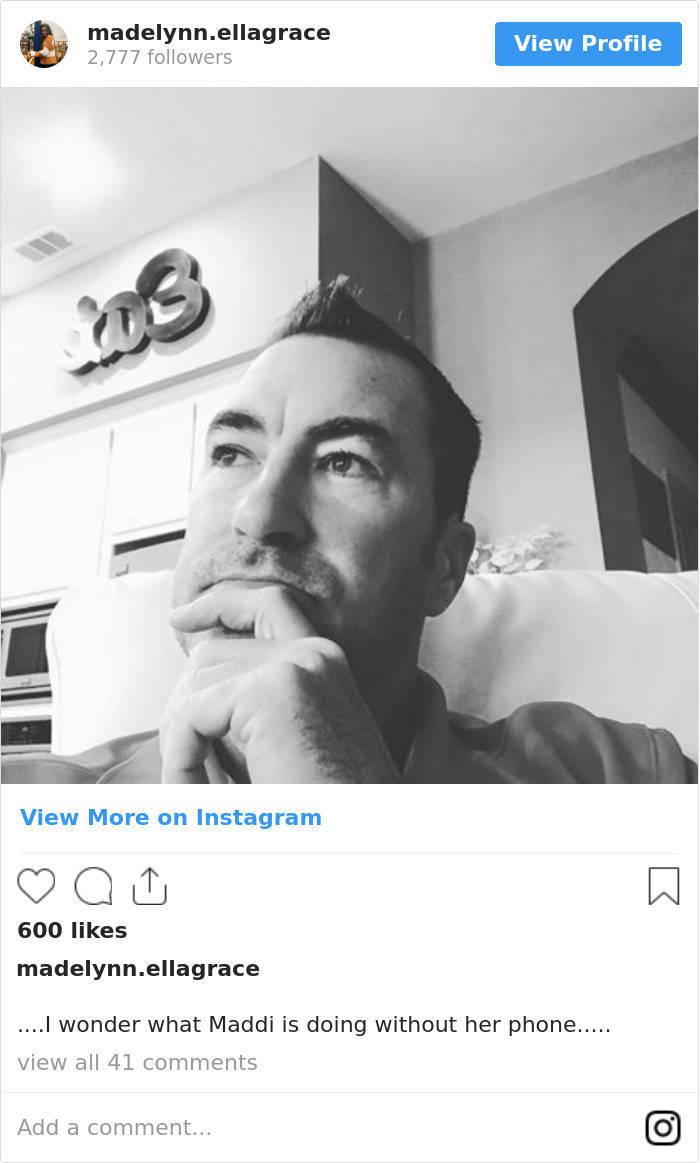 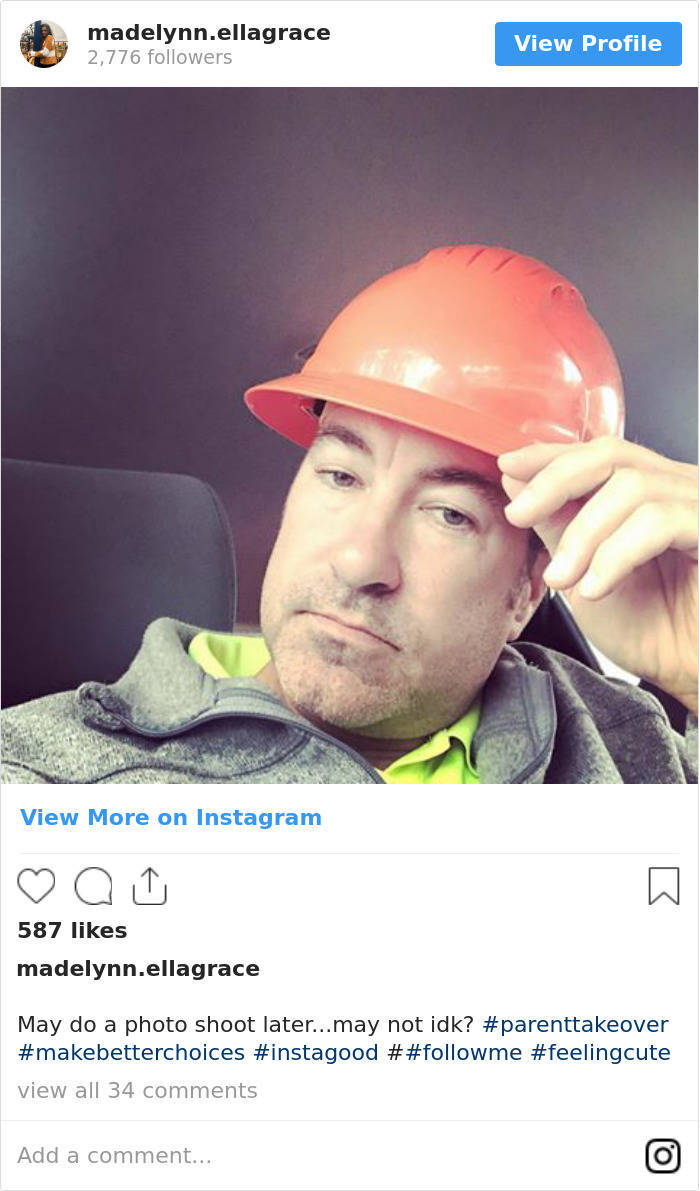 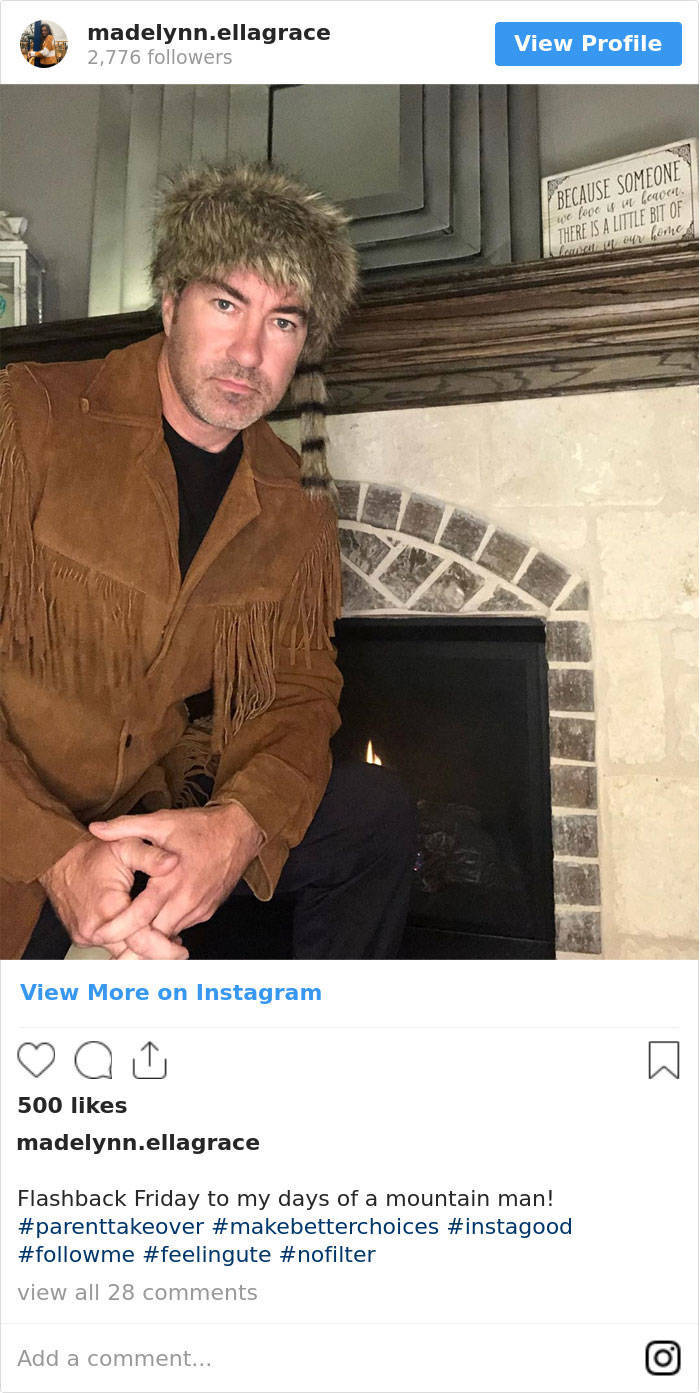 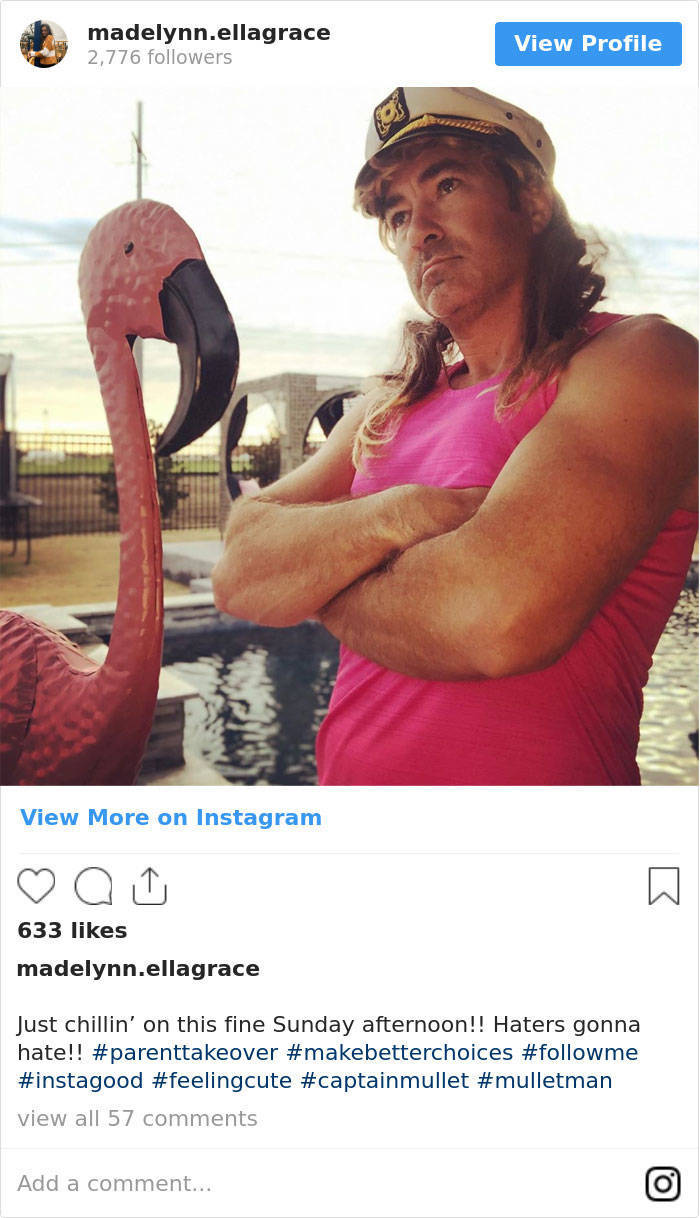 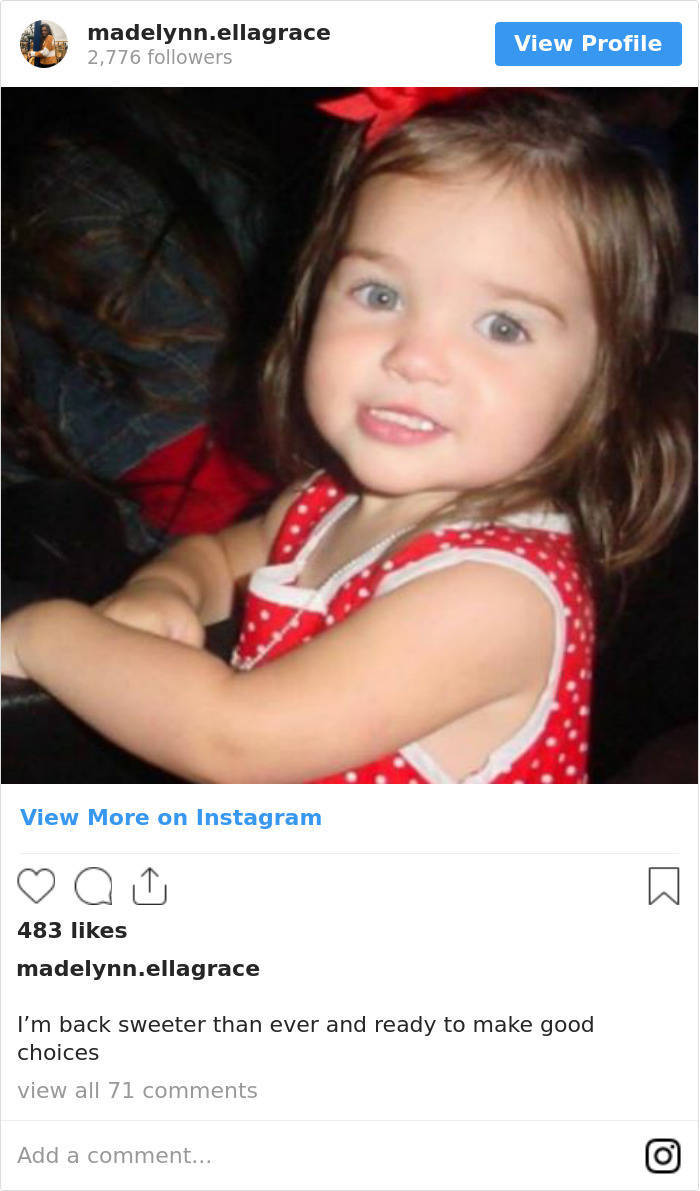 After Maddie got her social media back, she posted an innocent pic of her early years on Instagram, saying, “I’m back sweeter than ever and ready to make good choices.”

To which one of her followers replied, “Call me crazy, but your dad made cooler posts.”

Driver 6 month s ago
Coolest dad in the world.
Reply